Widely considered to be the leading Pakistani artist of his generation, Rashid Rana first came to prominence in South Asia alongside artists such as Subodh Gupta, before gaining wider, international exposure after the millennium. In his photography, sculpture and digital printmaking, Rana transposes imagery from one time and place to another, through manipulation, repetition and rearrangement. His early photomontages – originally made by painstakingly reconfiguring tiny squares of imagery into micro-mosaics by hand, latterly by using computer software – superimposed hardcore pornography on to the silhouette of the burqa (Veil, 2004) and turned hundreds of graphic slaughterhouse snapshots into facsimiles of Persian rugs (Red Carpet, 2007). Rana’s telescoping of politics, civilizations and time also appears in three-dimensions, in works from the series Desperately Seeking Paradise (2007-2011), which splice Lahore’s humble streets and houses with the architectural promise of skyscrapers and the slick lines of Minimalism. The new wall-sized Crowds are similarly tumultuous composites formed of innumerable multitudes of human protest and unrest. Another continuing body of work, produced under the heading Language, crosses the cultural rubicon between historical and contemporary art, obliterating iconic works by Jacques Louis David and Gerhard Richter with data streams made up of horizontal strips of miniature interlocking bytes of visual information. 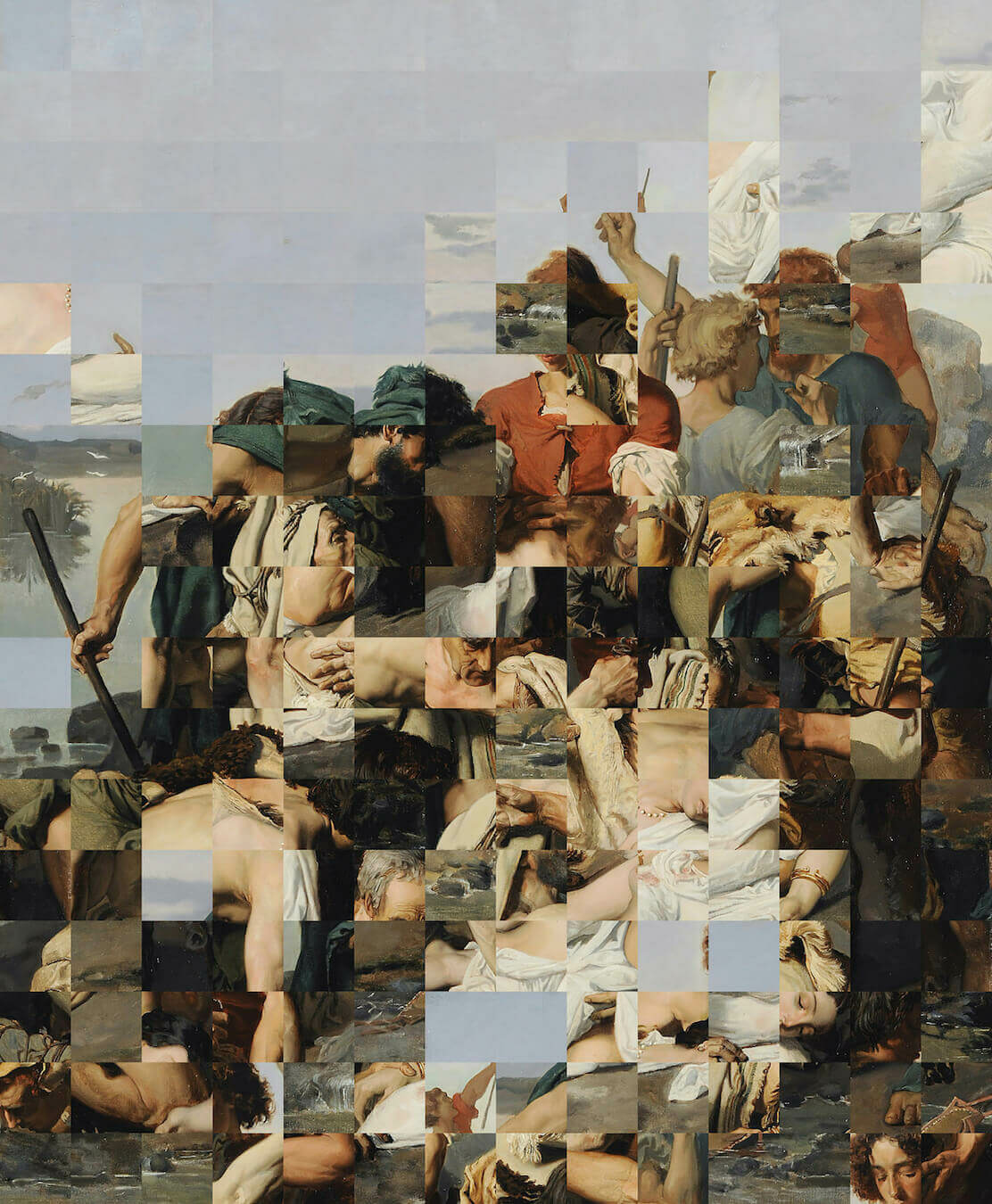 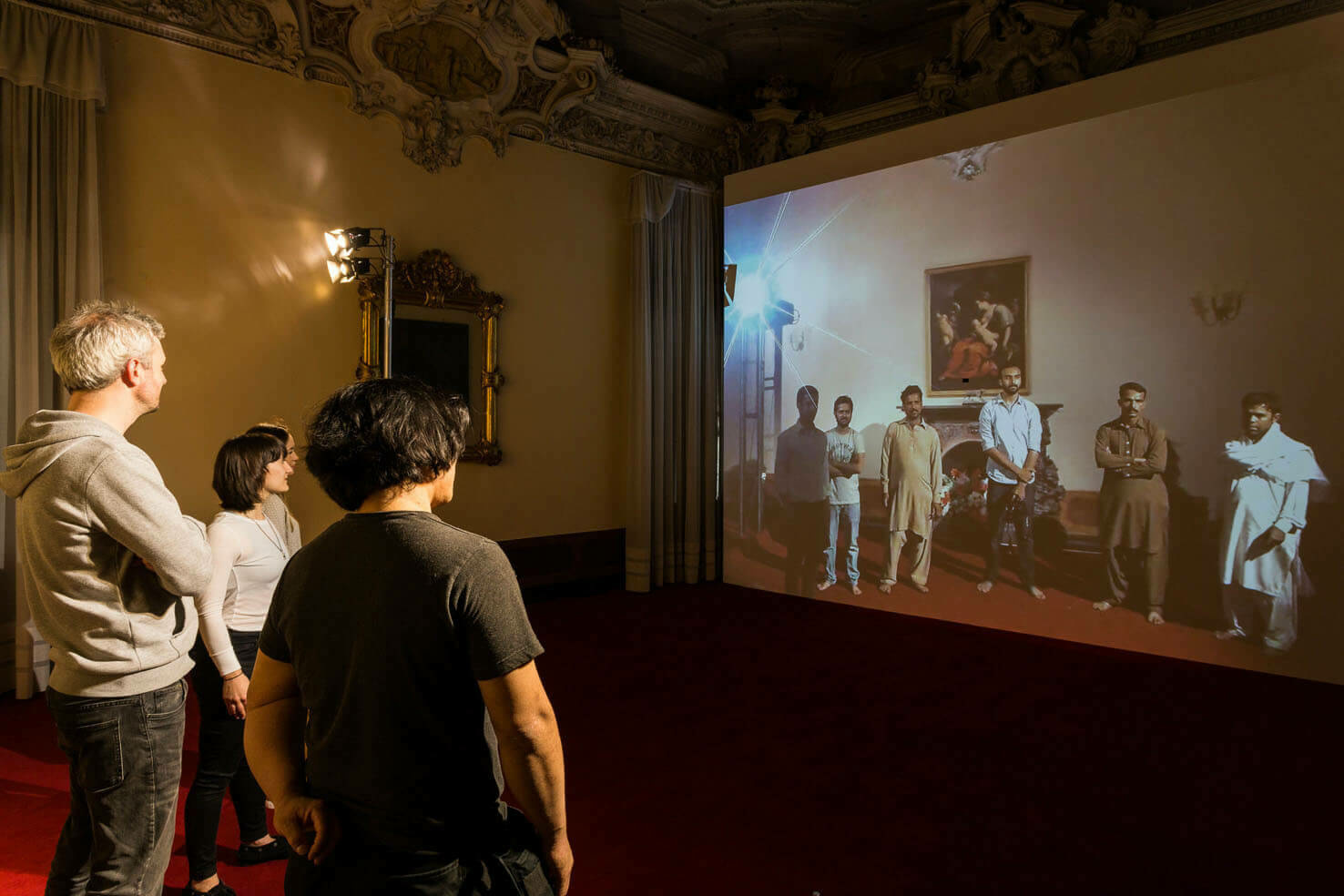 Rashid Rana
Asl-e-Shuhuud-o-shaahid-mashhhuud (The viewing, the viewer and the viewed in unison) 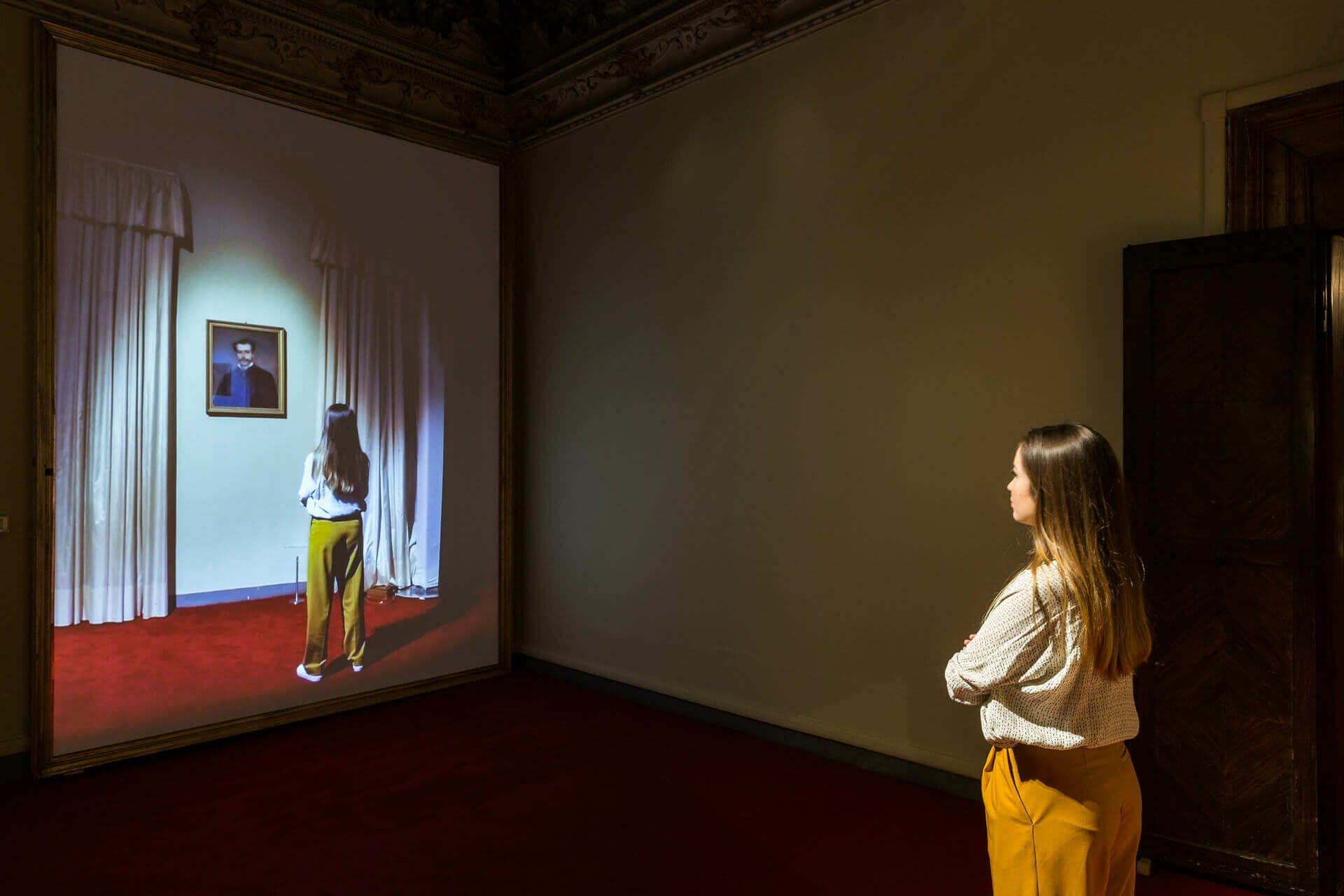 Rashid Rana
I do not always feel immaterial 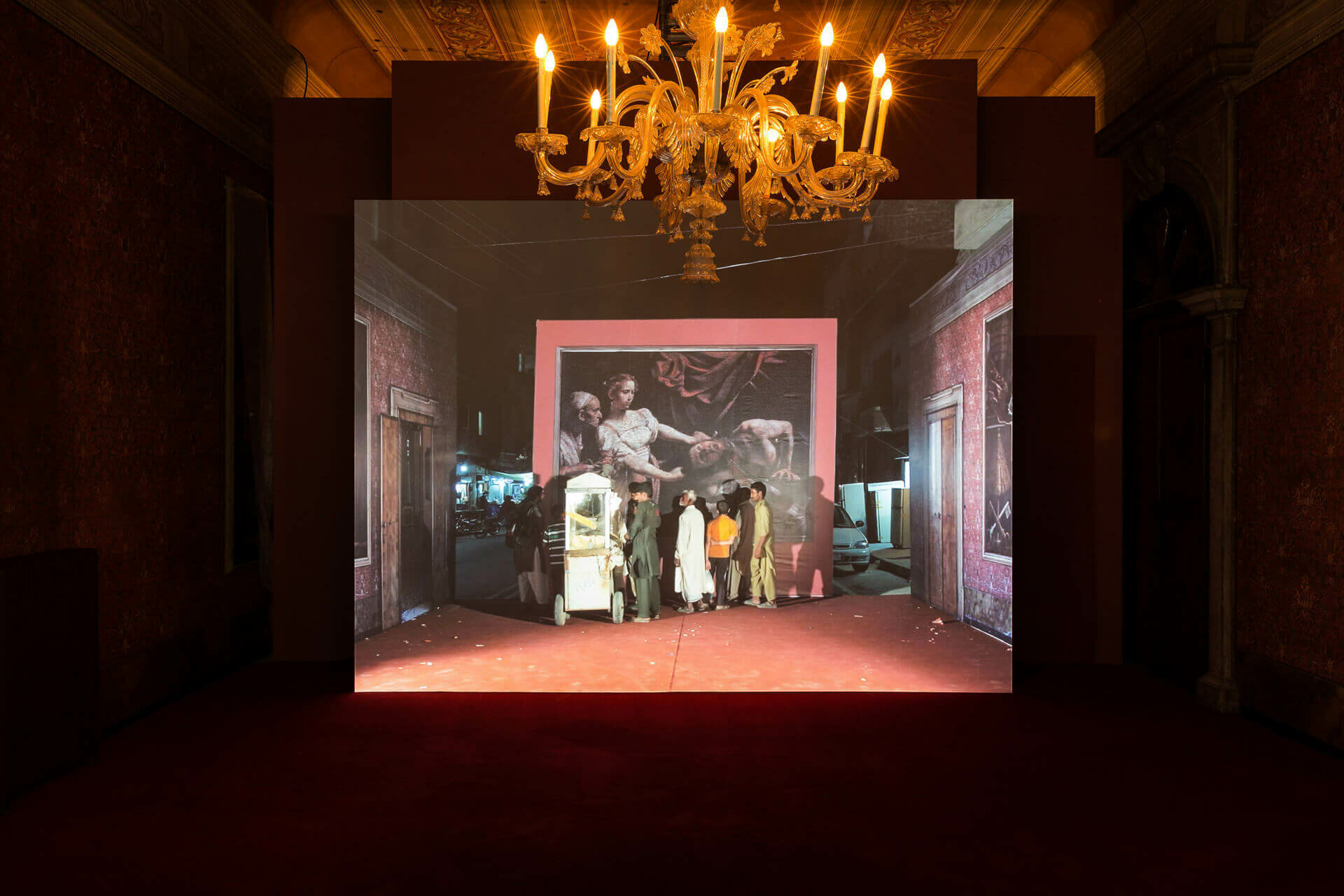 Rashid Rana
My East is Your West 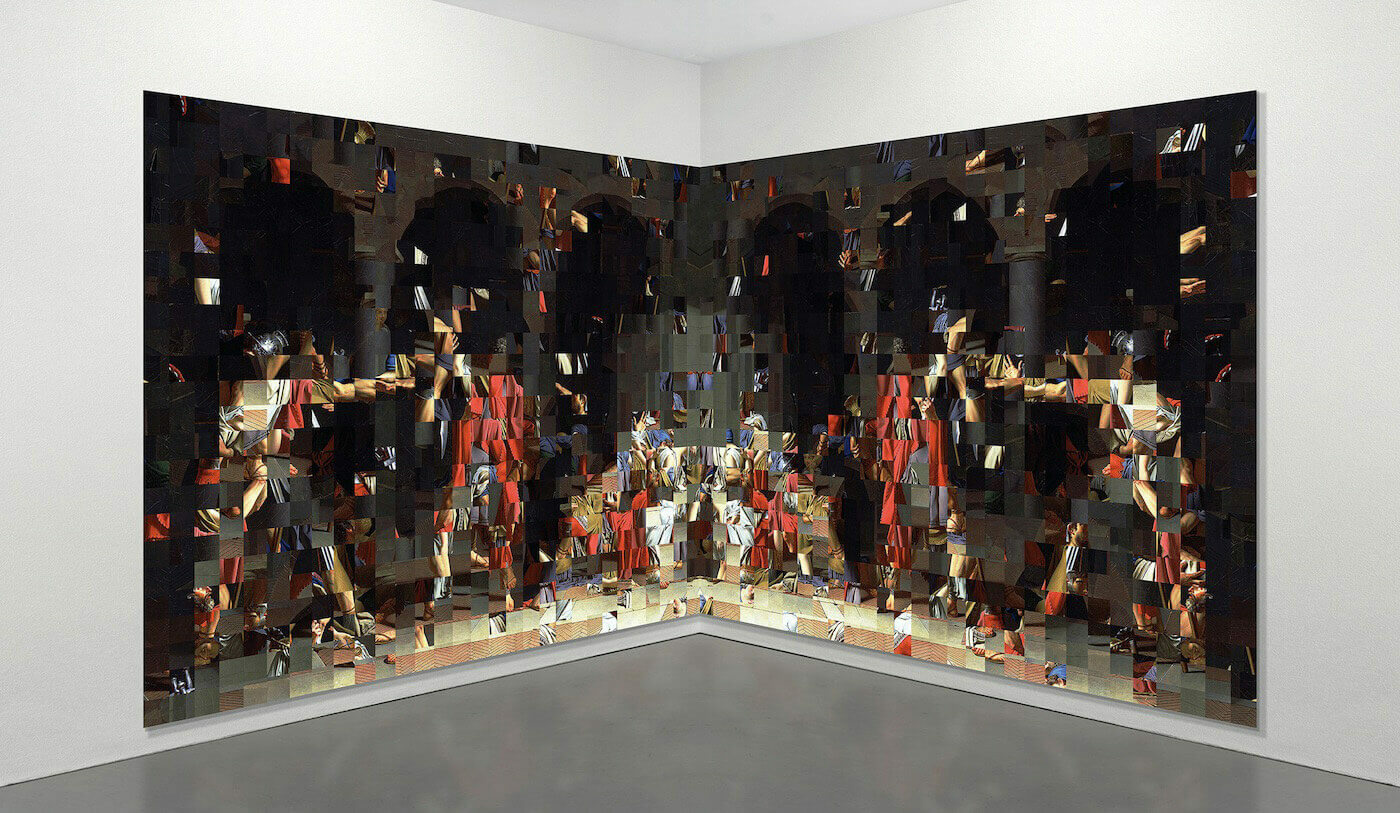 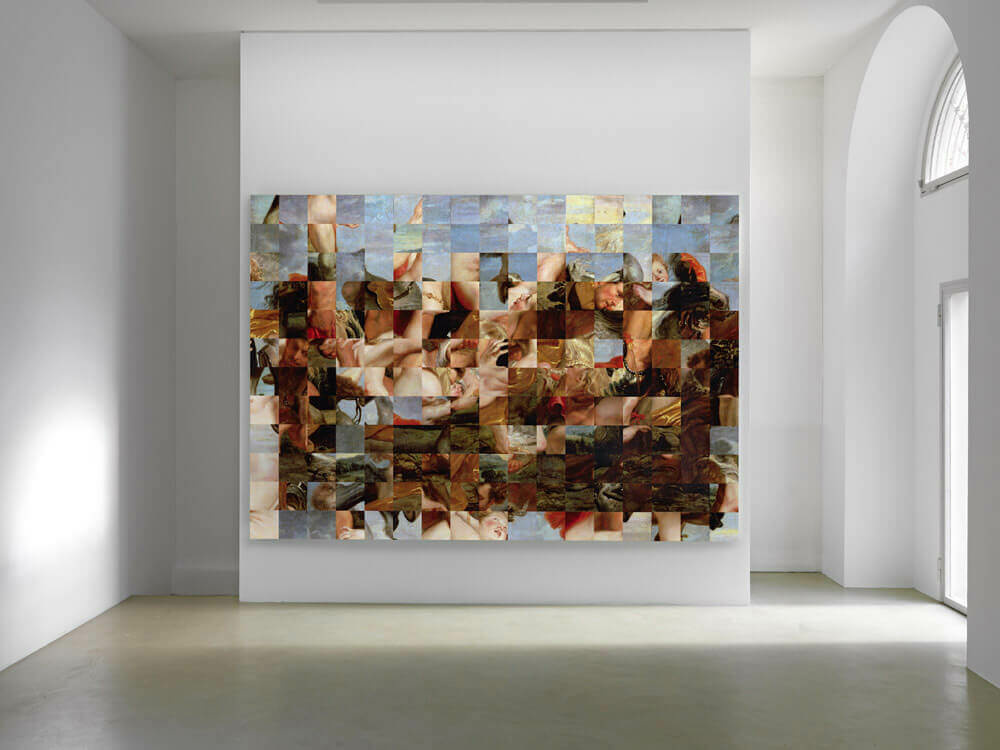 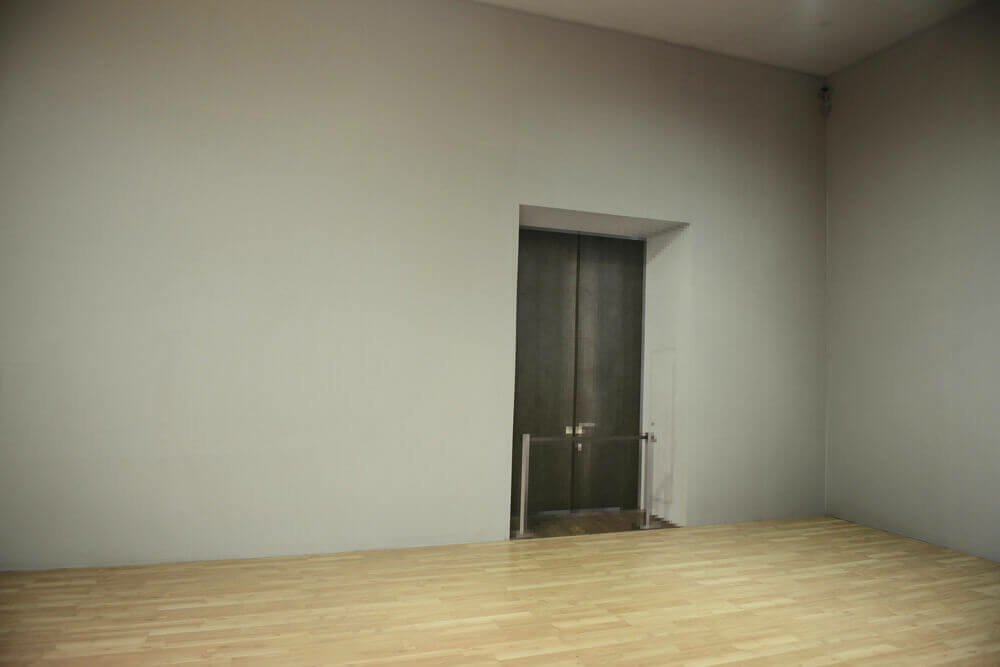 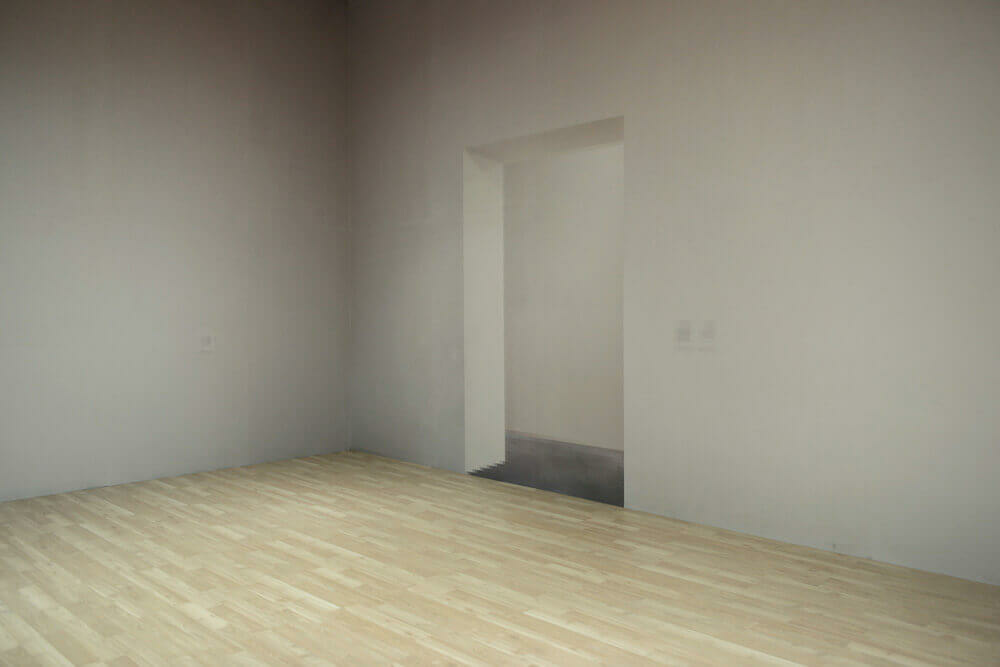 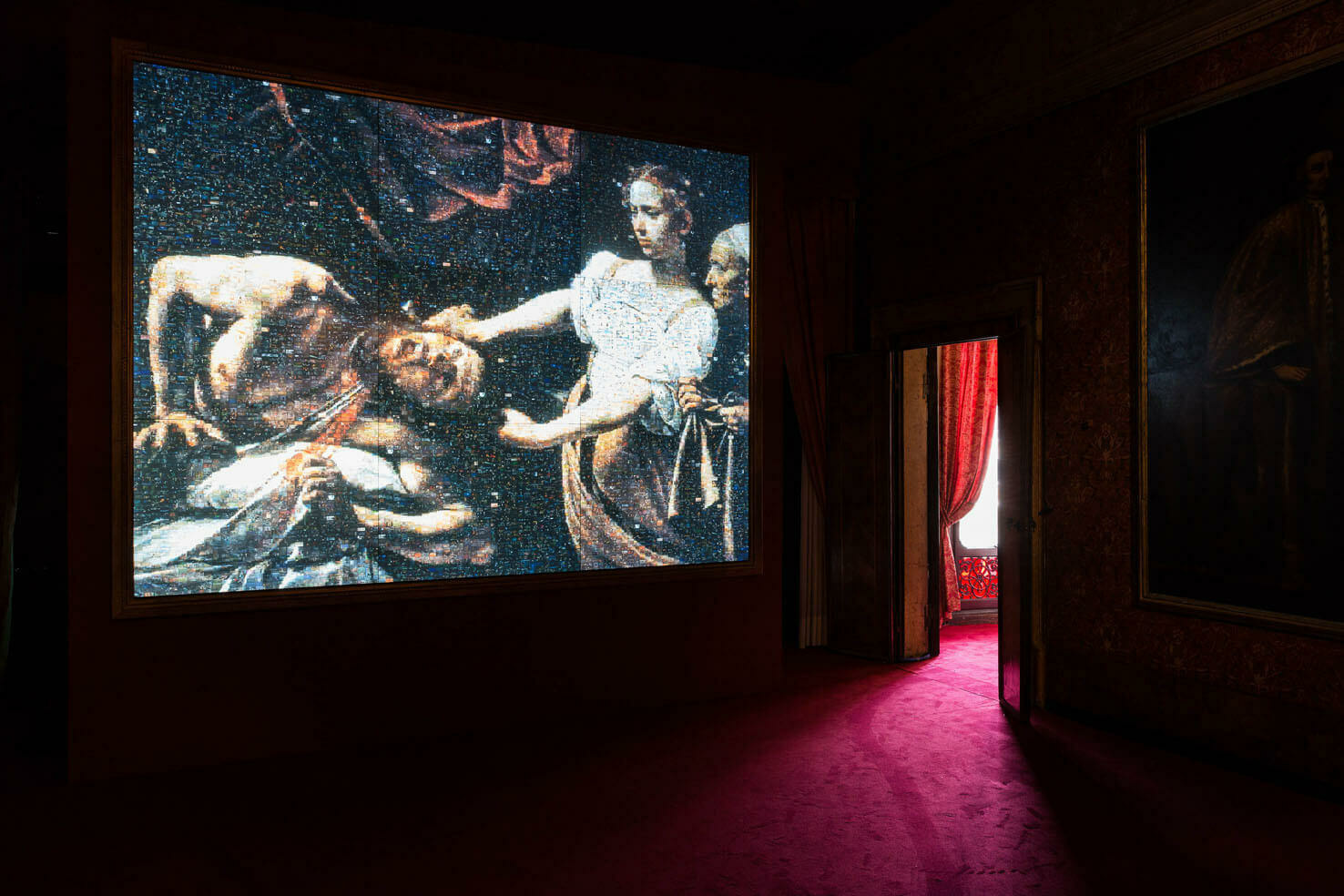 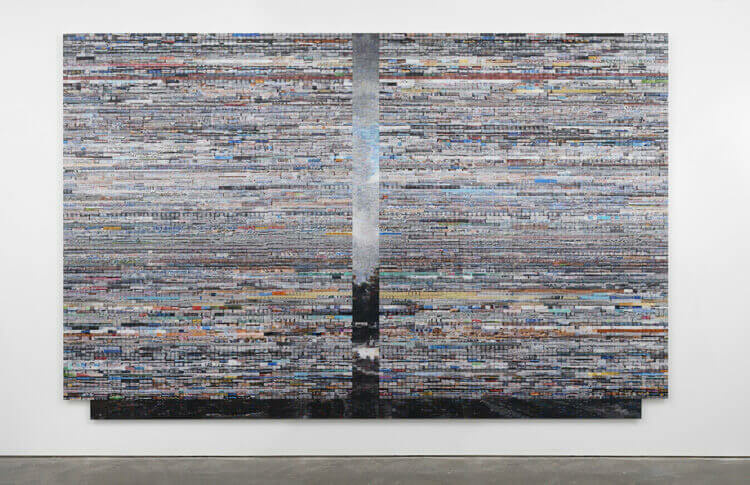 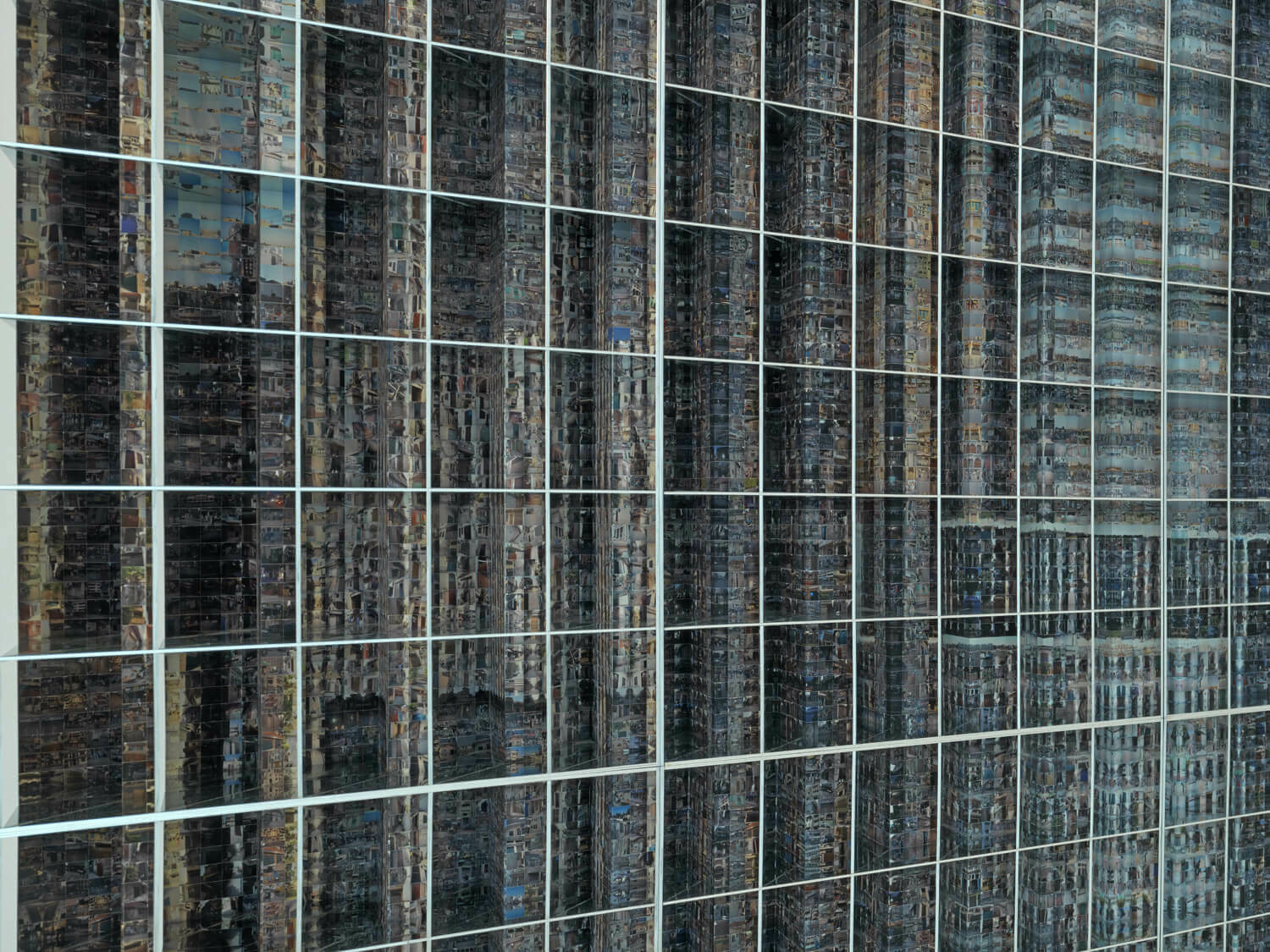 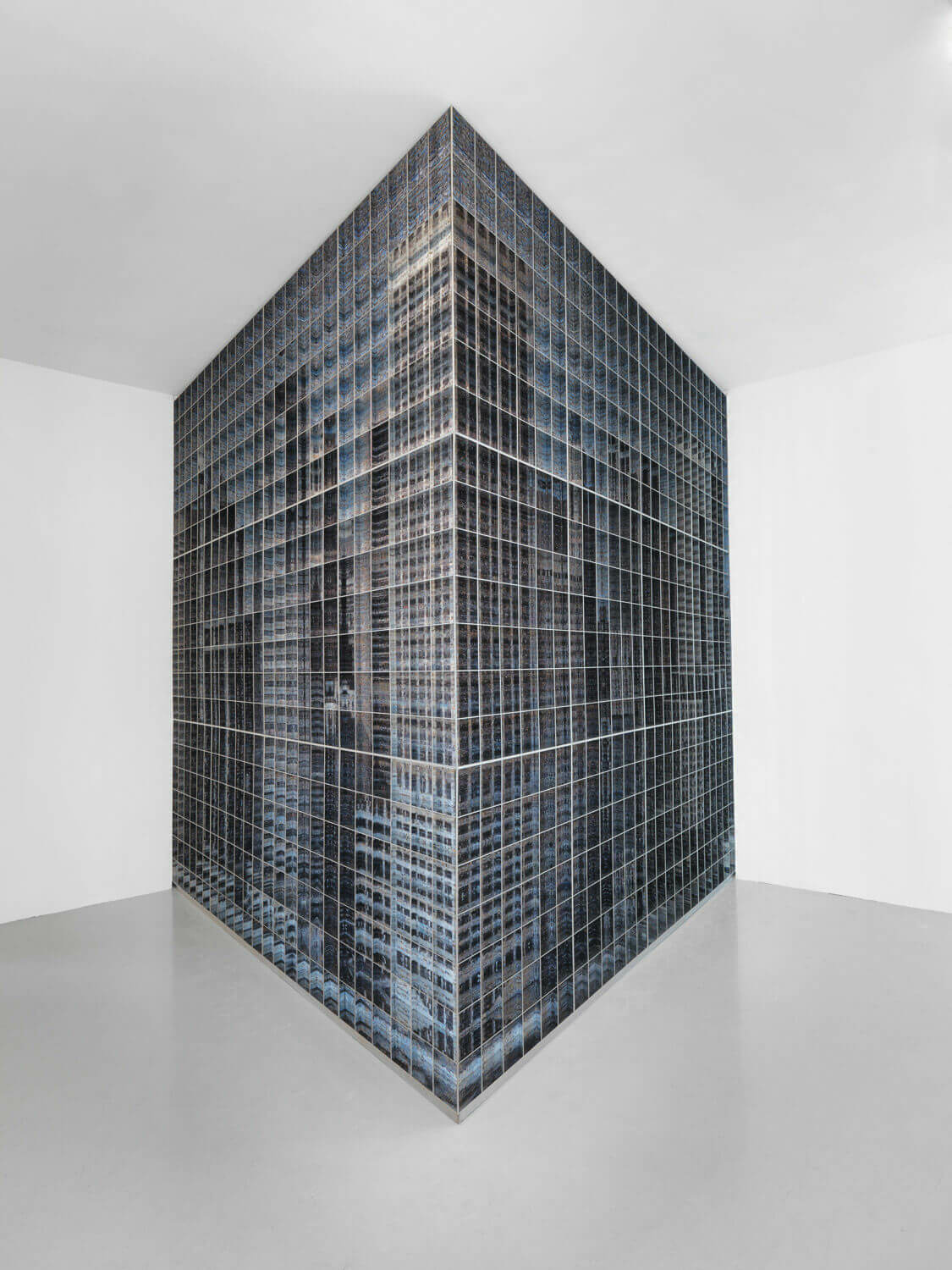 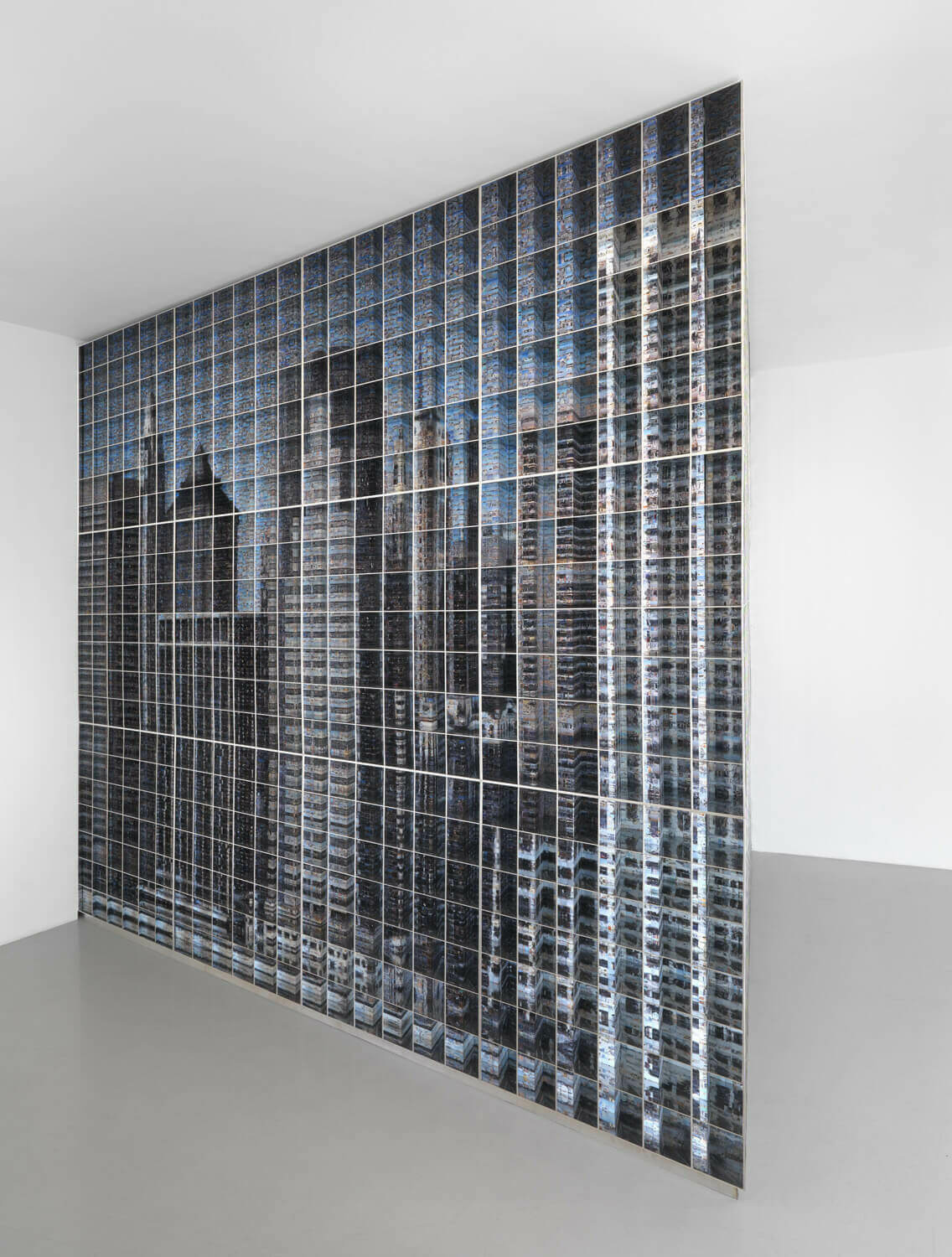 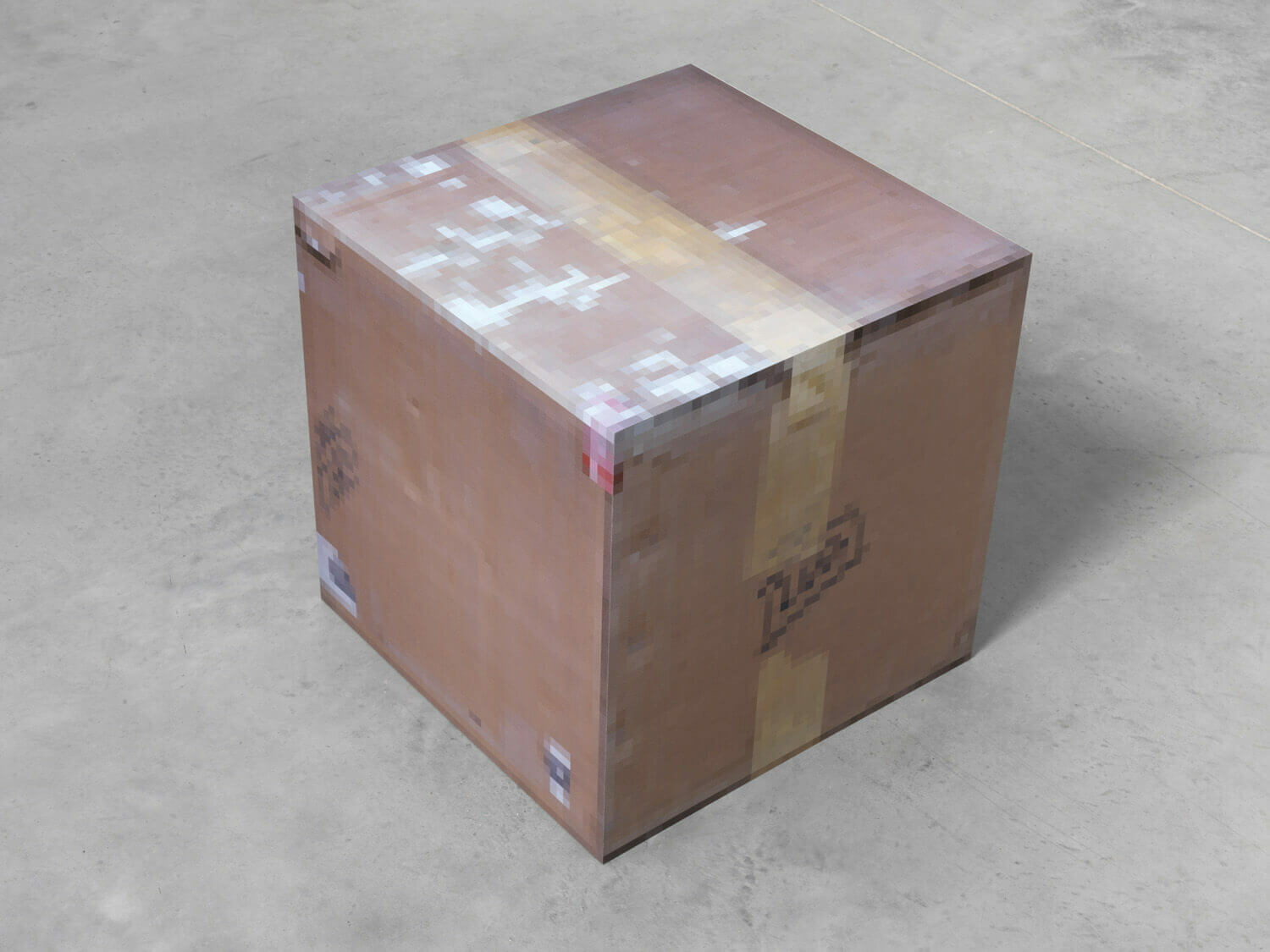 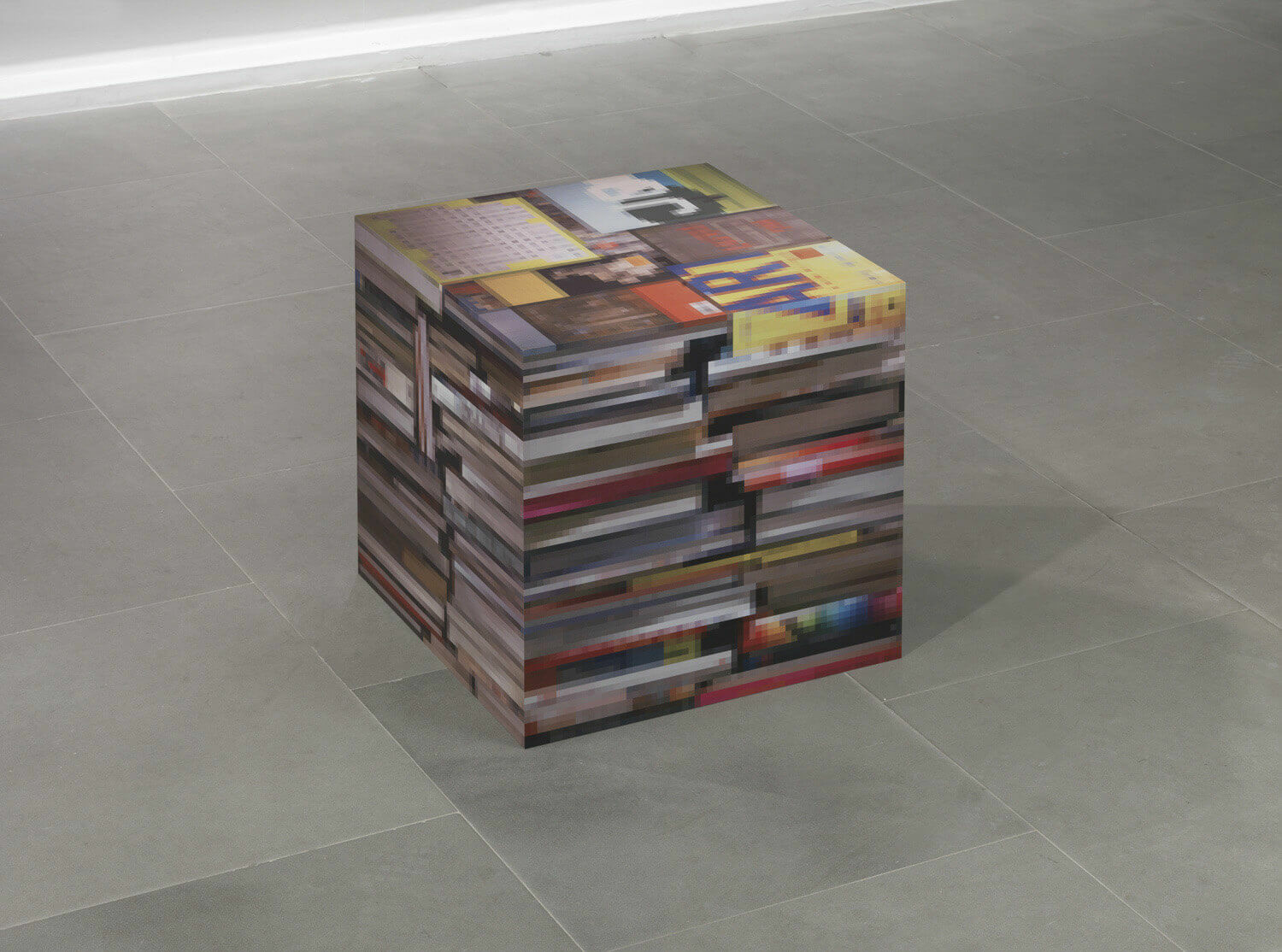 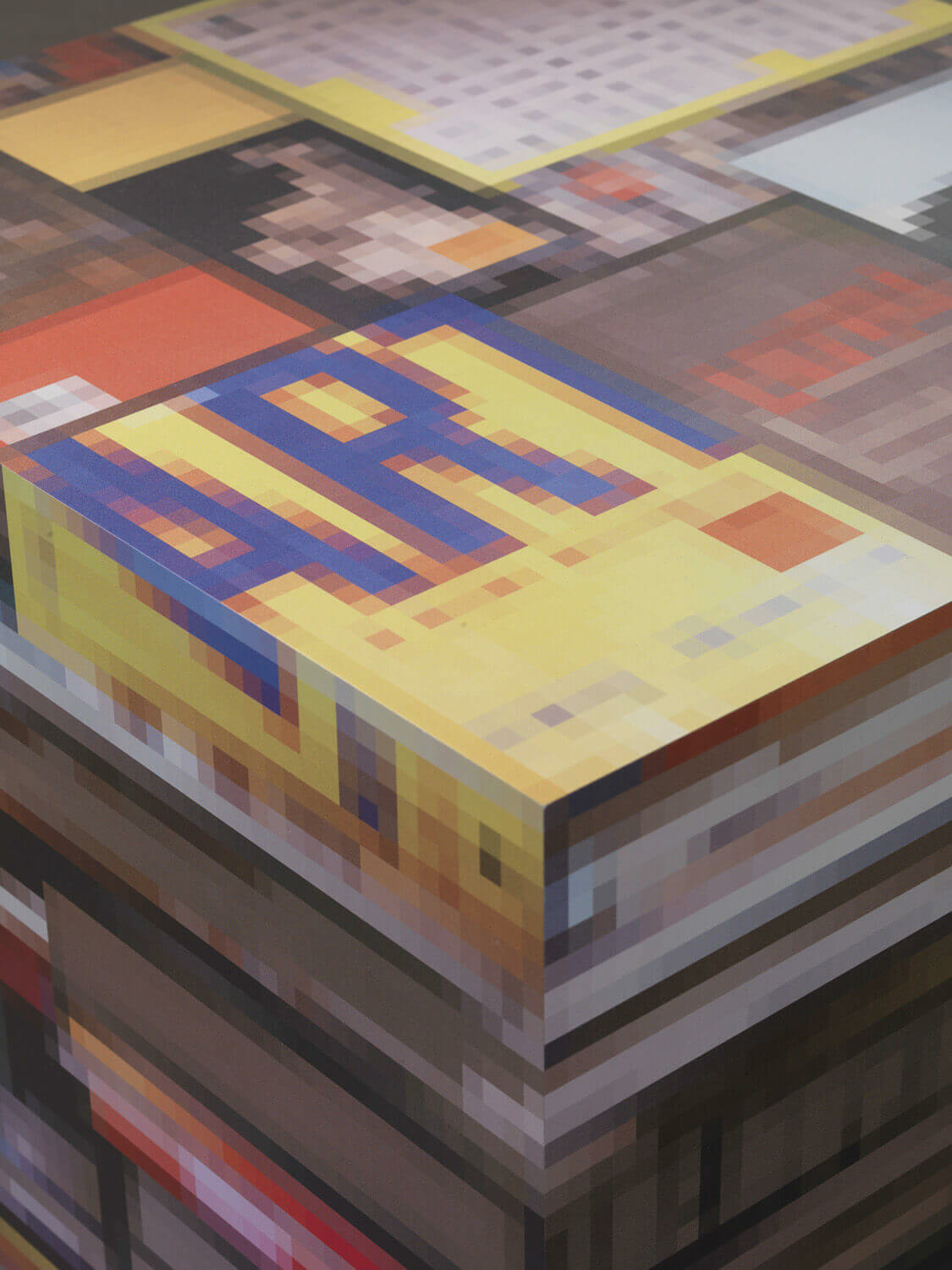 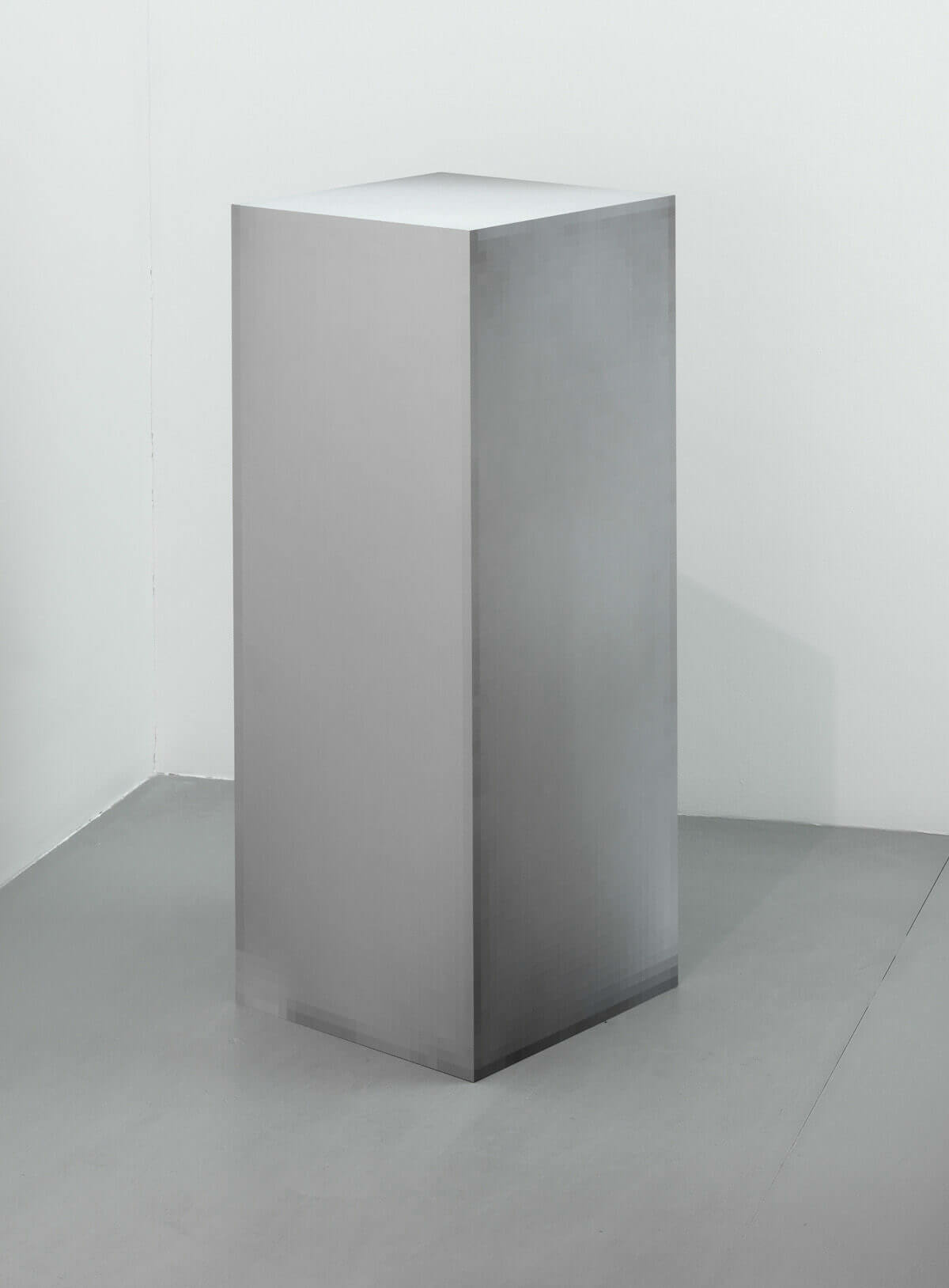 Rashid Rana
A Plinth from a gallery in Lahore 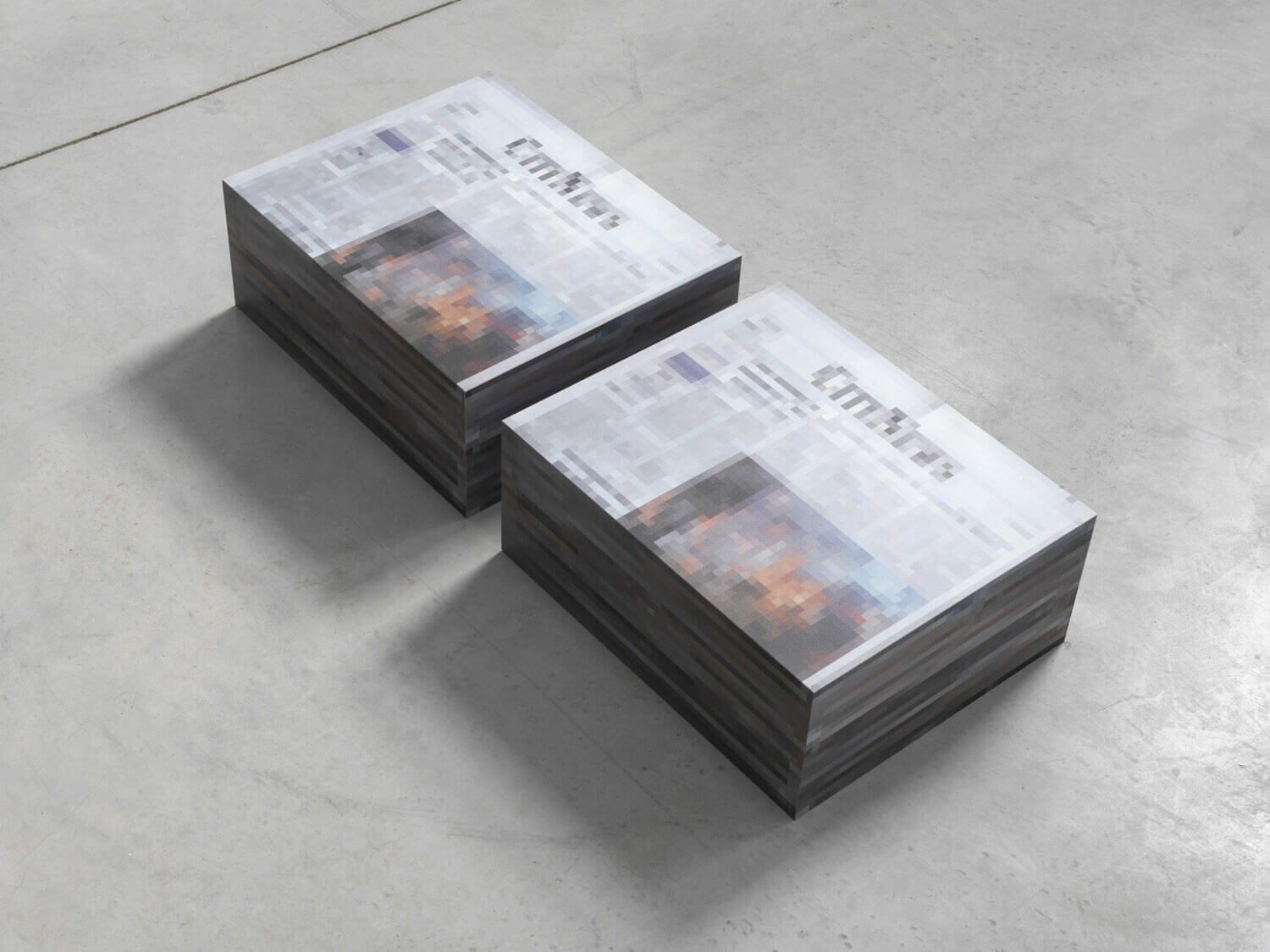 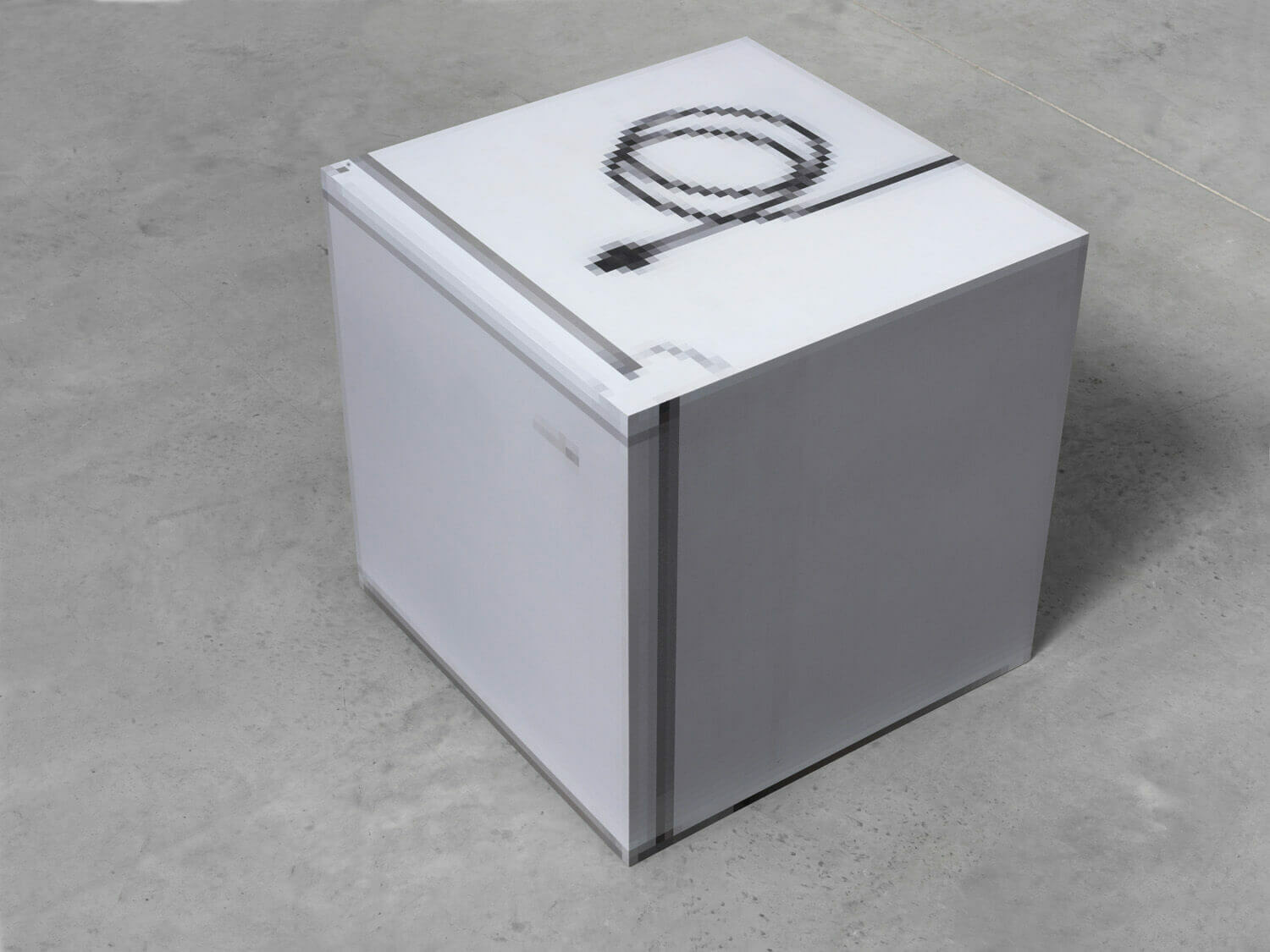 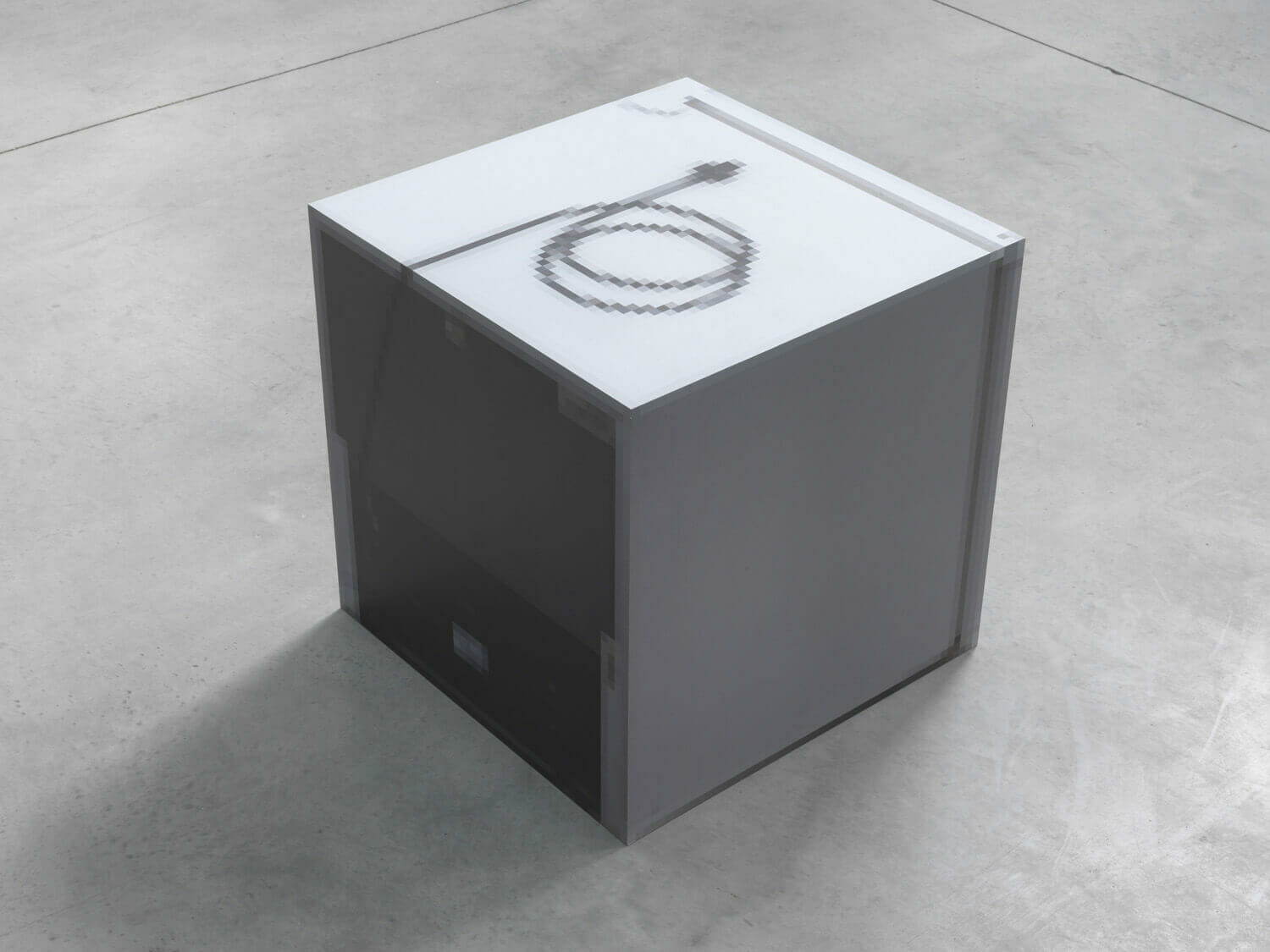 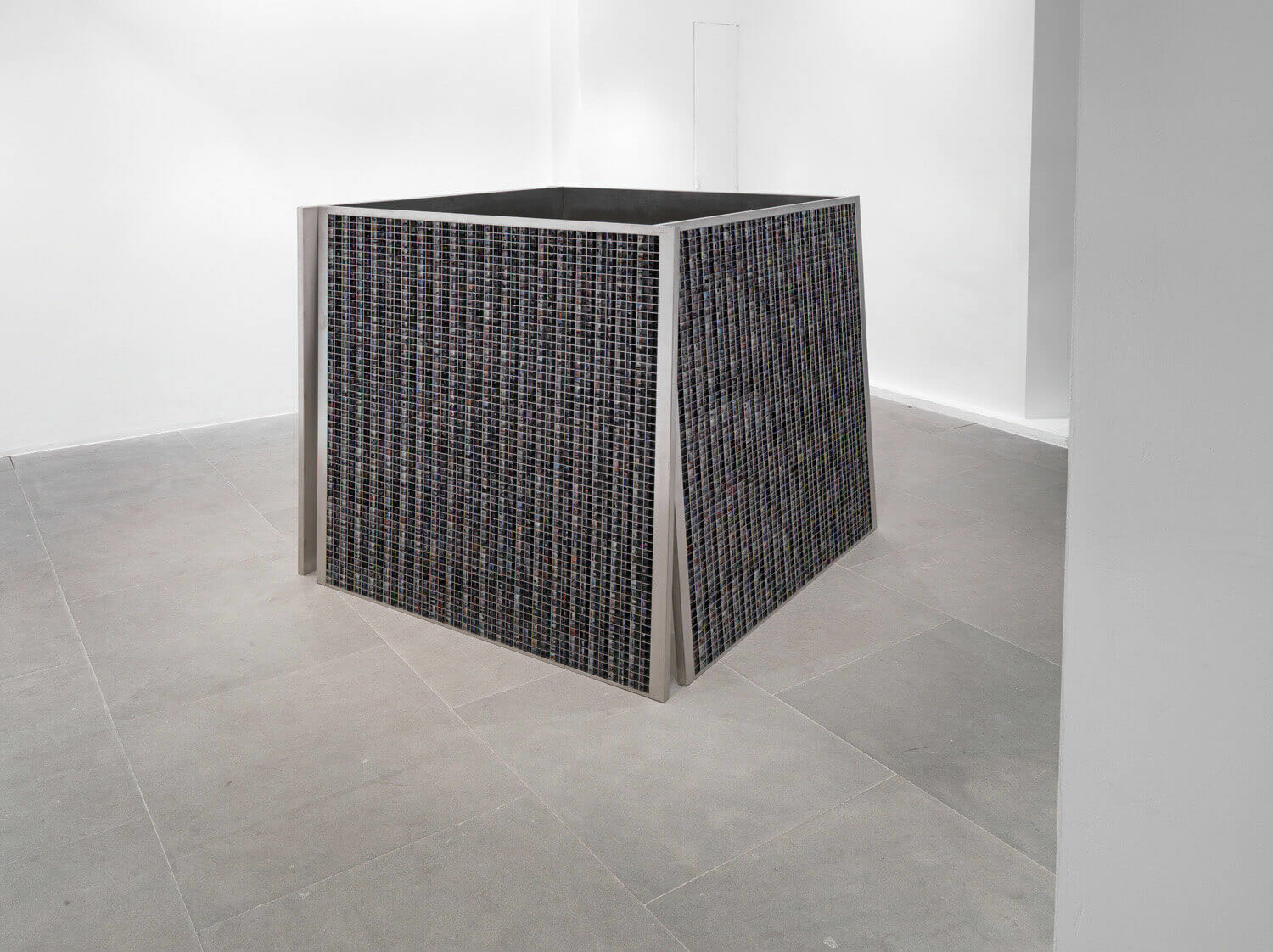 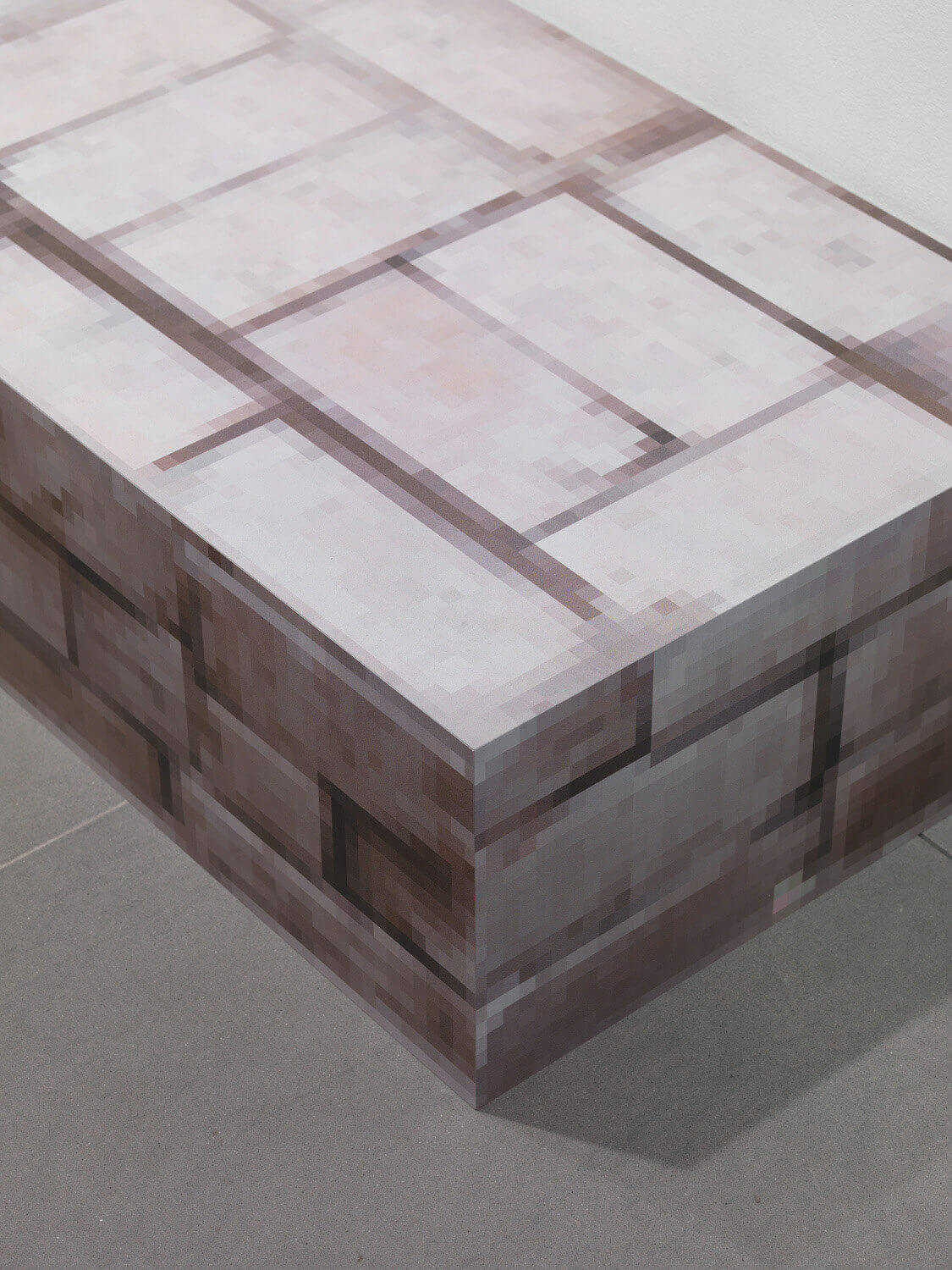 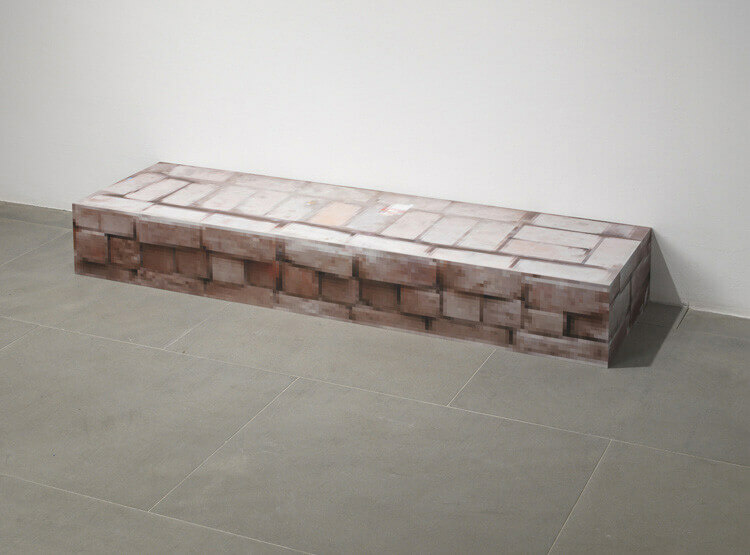 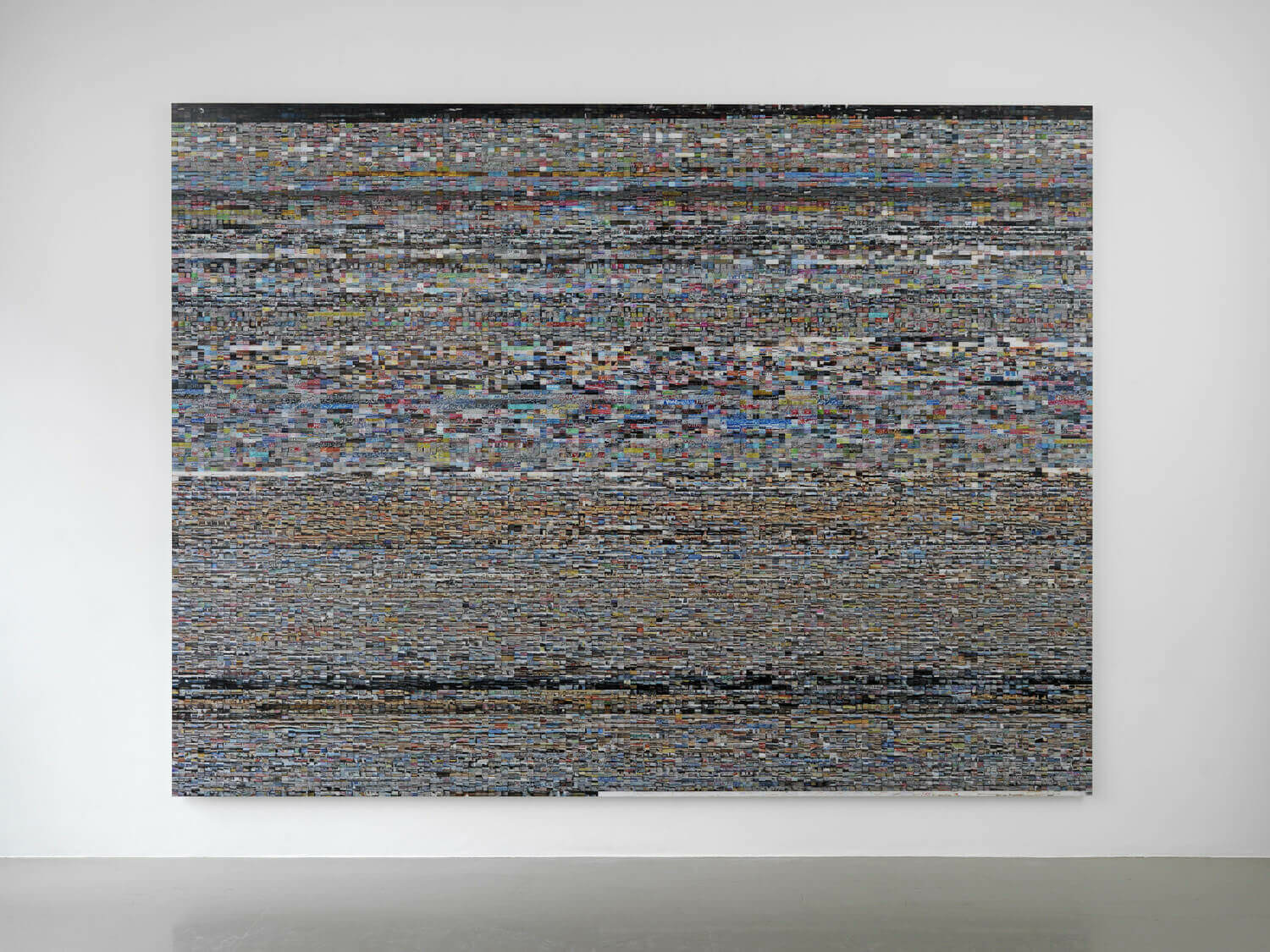 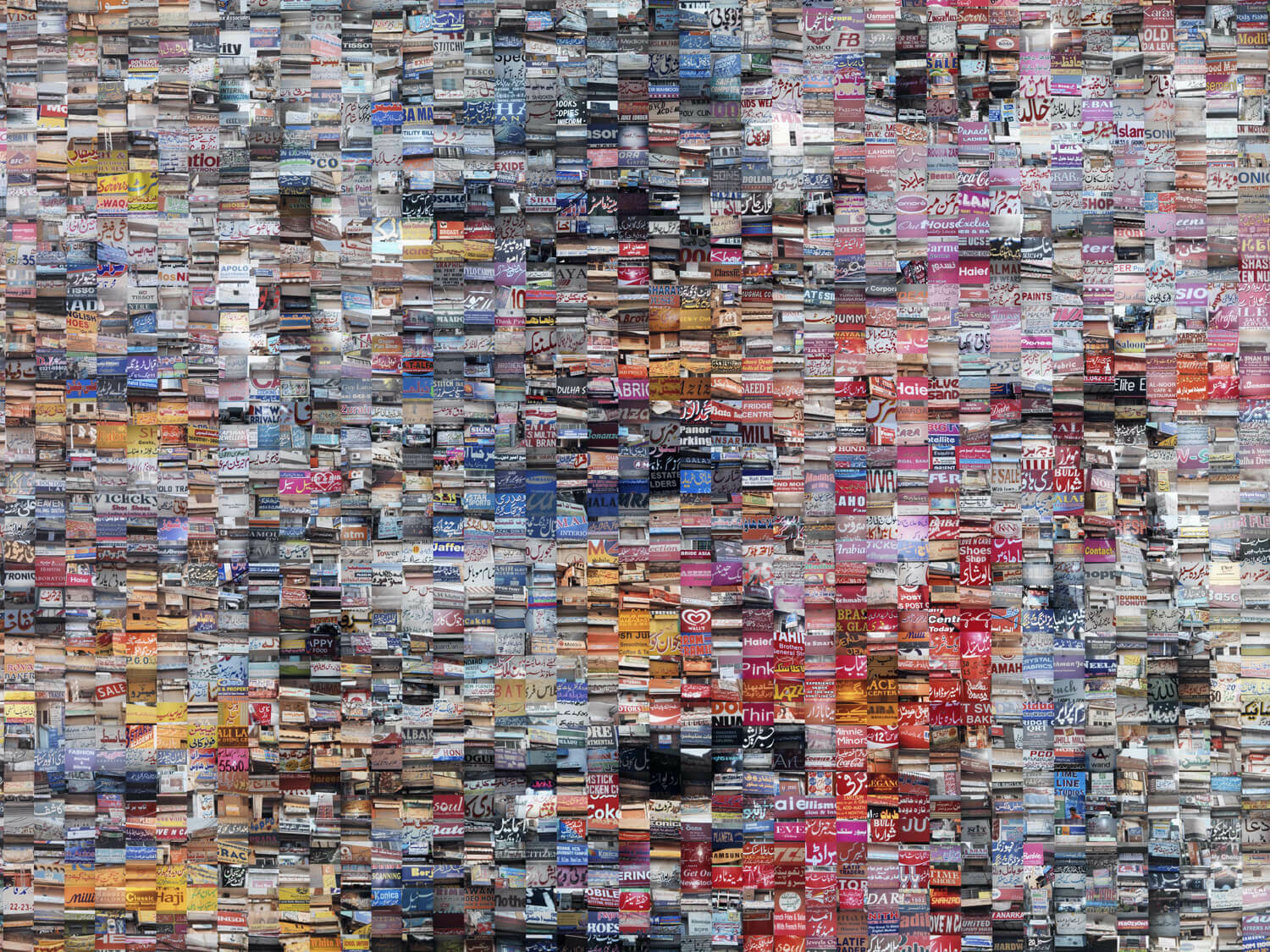 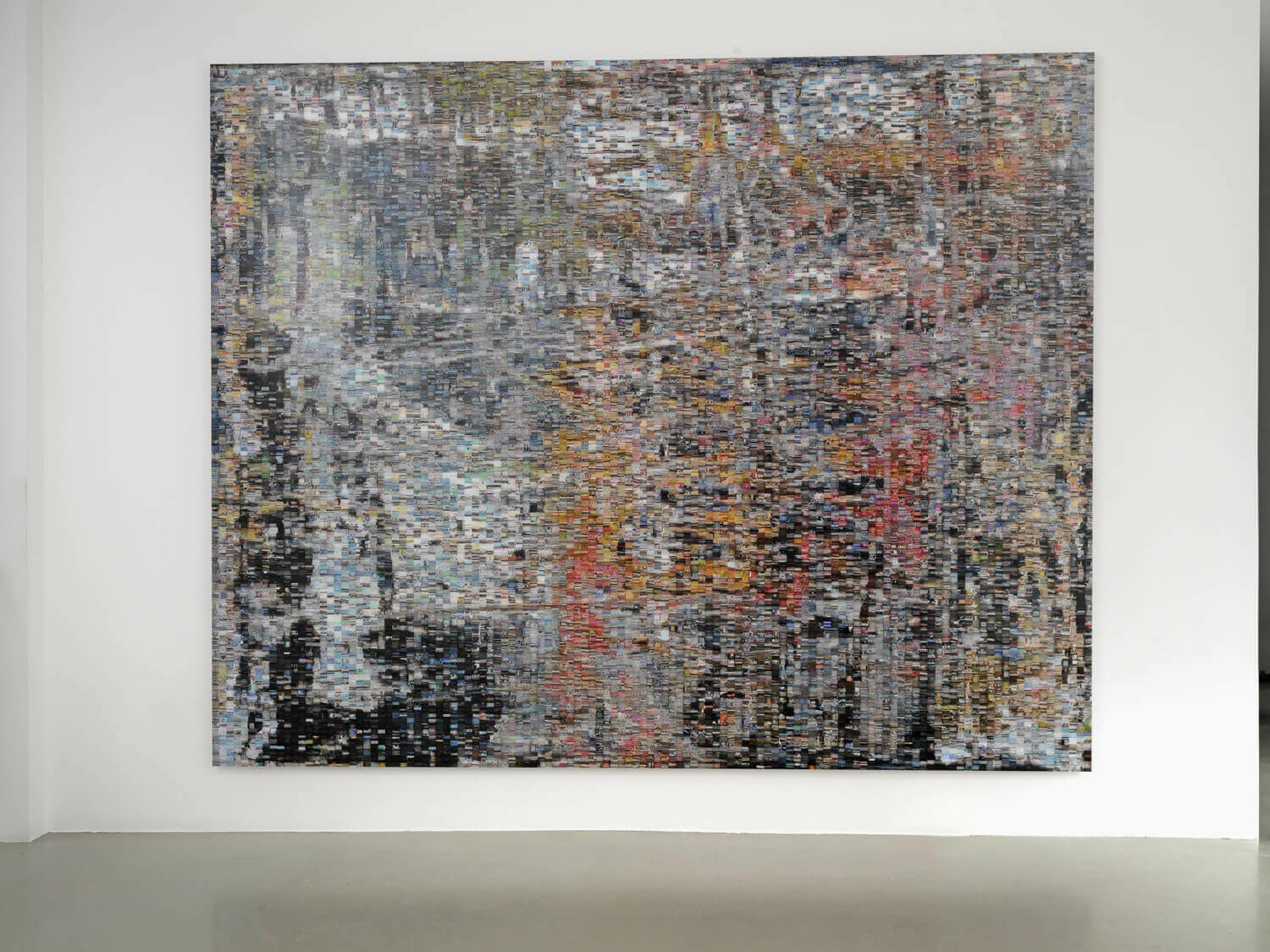 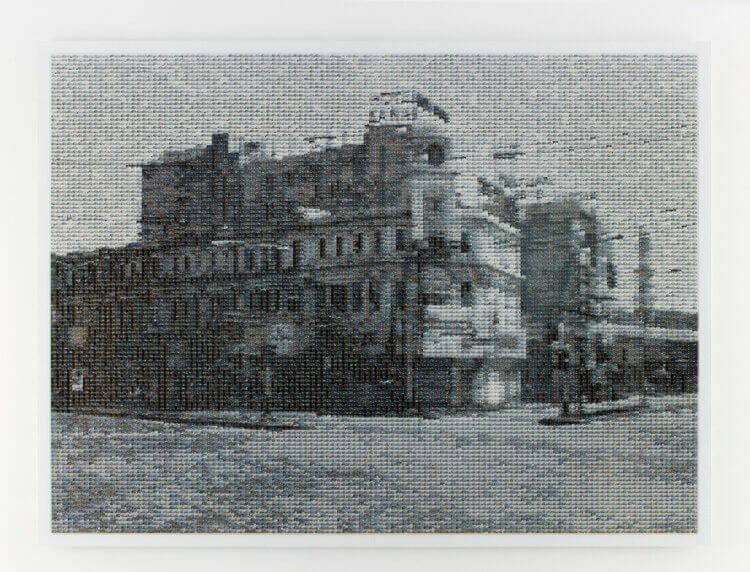 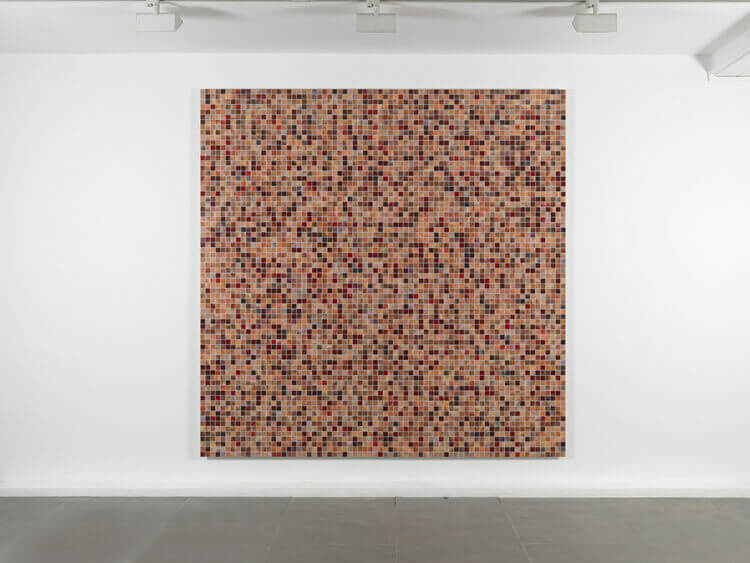 Rashid Rana
What Lies Between Flesh and Blood III