Joyce Pensato painted exuberant and explosive large-scale likenesses of cartoon characters and comic-book heroes. Her seemingly frenzied technique –  involving the deliberate accretion of successive layers of bold linear gestures, rapid spattering and frequent erasures – results in alternately humorous and sinister imagery. While her prima facie subject matter ranged from Batman, The Simpsons and Mickey Mouse to Felix the Cat and Elmo from Sesame Street, her artistic progenitors include Alberto Giacometti, Andy Warhol, Jean-Michel Basquiat and Abstract Expressionists such as Jackson Pollock, Franz Kline and Philip Guston. Taking much of her material from her surroundings in her hometown of Brooklyn, New York – from graffitied walls to hand-scrawled shop signs – Pensato painted almost exclusively in shop-bought black and white enamel, while also employing charcoal and pastel for smaller-scale drawings. Pensato's oversized murals, often taking weeks to complete, were additional leaps away from the studio-based, monochrome world she generally inhabited, as were her sporadic bursts of colour, especially silver and gold.

Joyce Pensato
Take Me to Your Leader 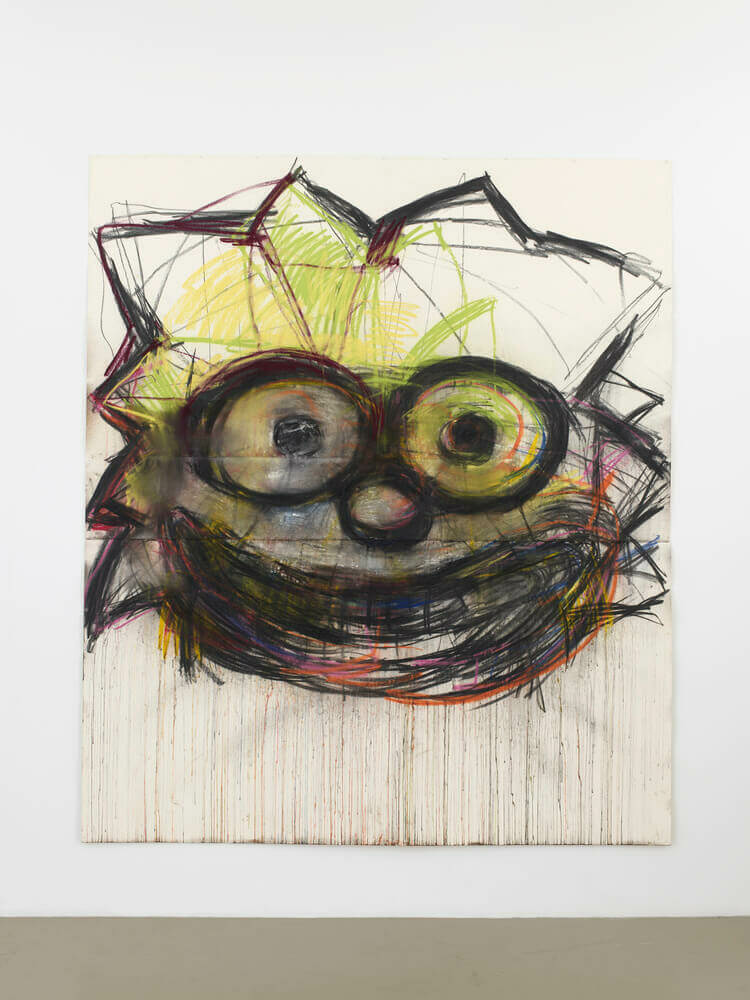 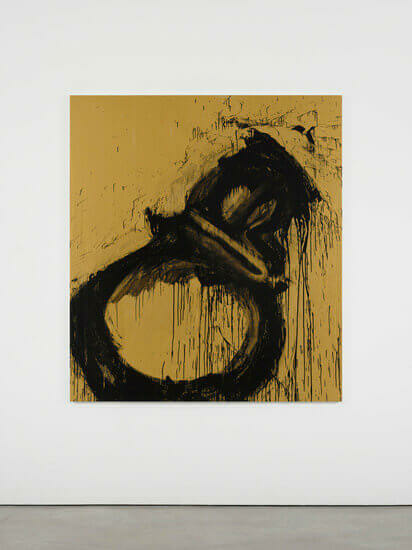 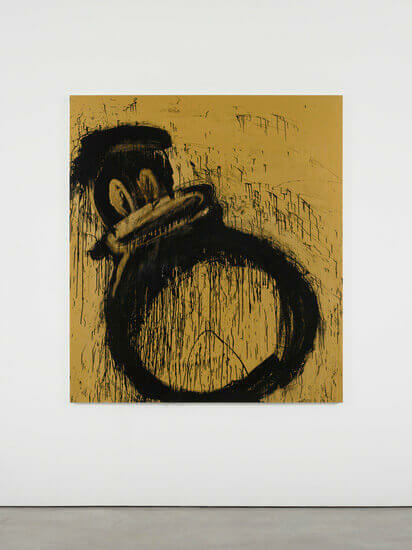 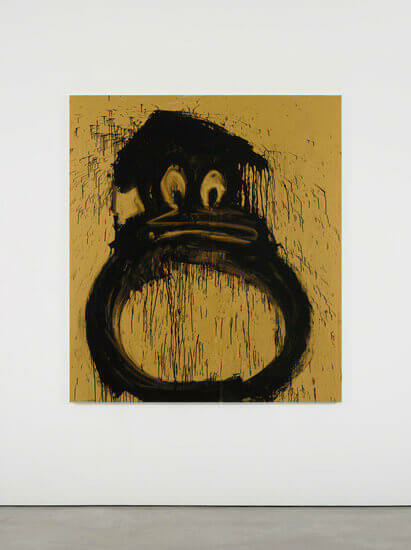 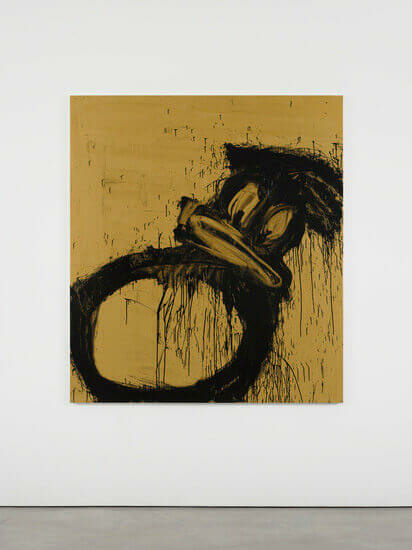 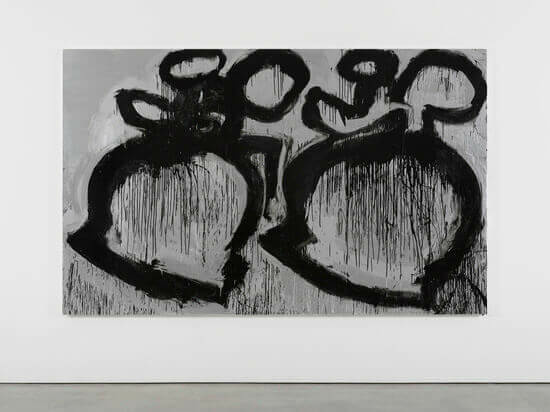 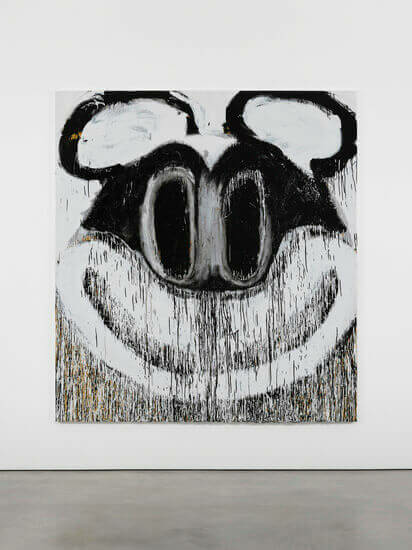 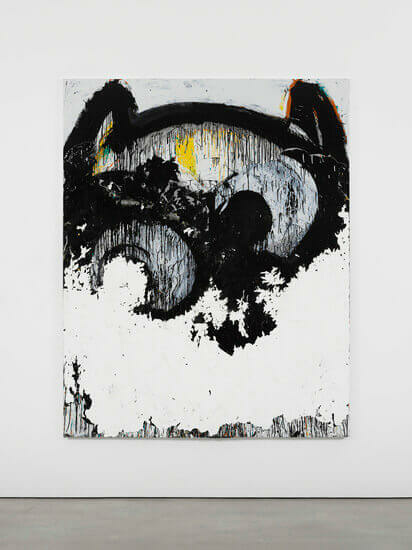 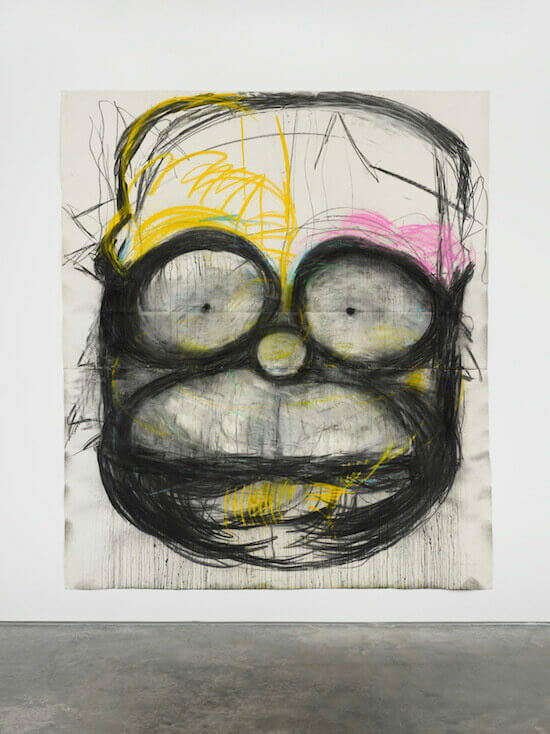 Joyce Pensato
Homer in the Hood 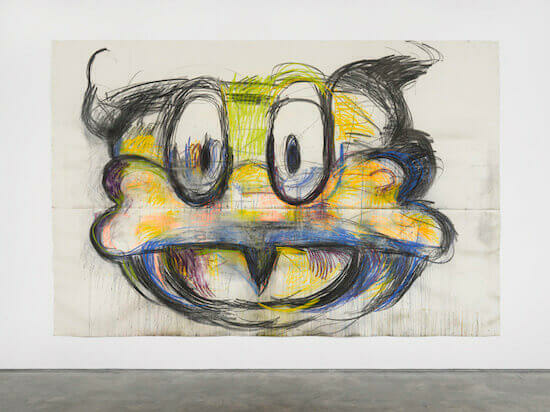 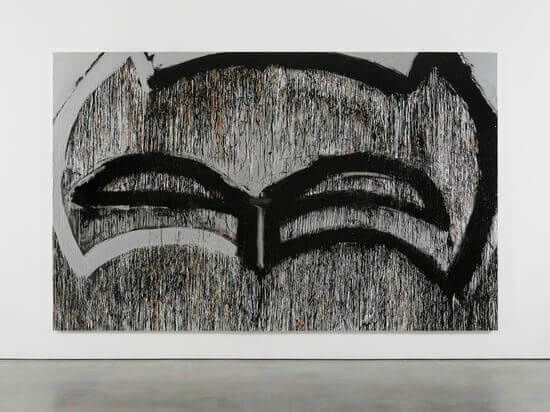 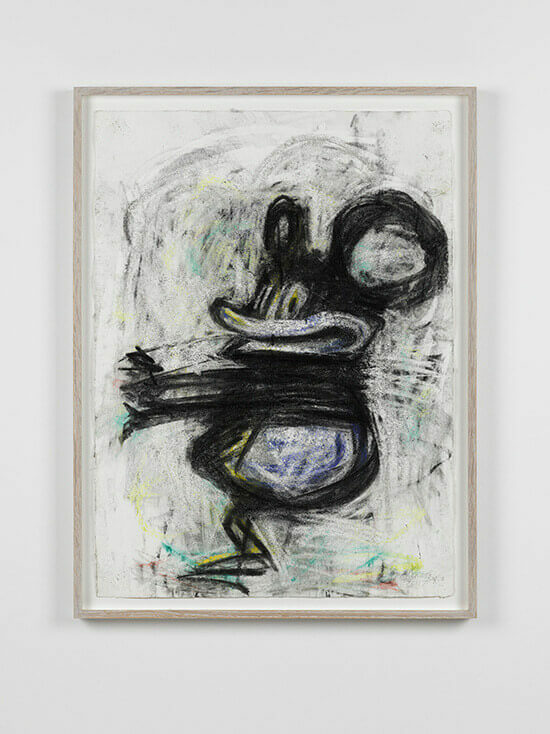 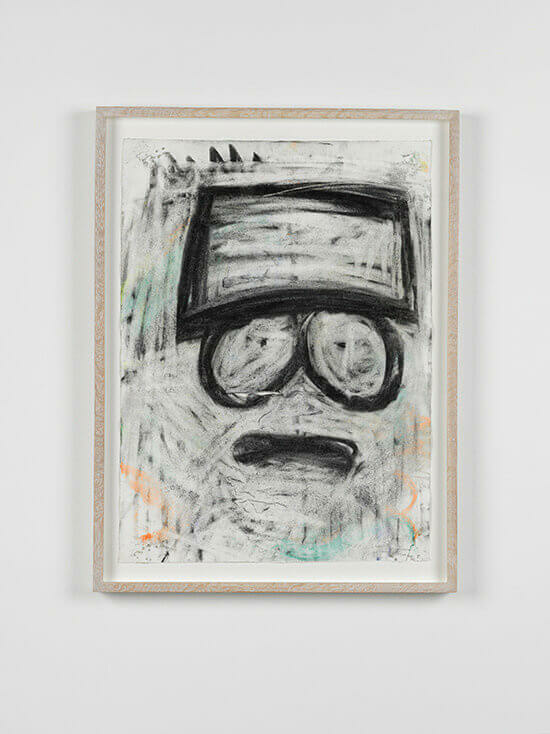 Joyce Pensato
Kyle the Guy with the Green hat 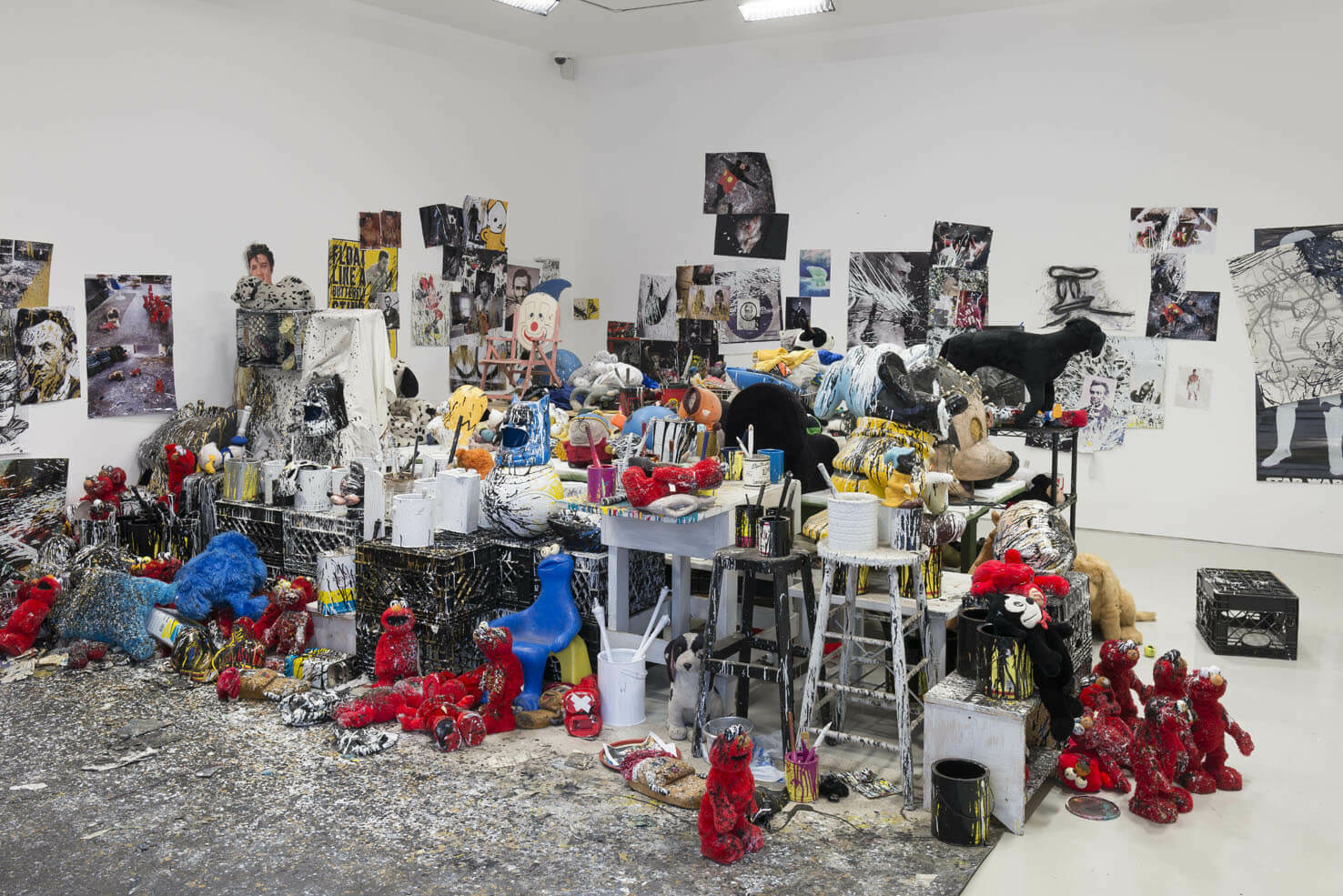 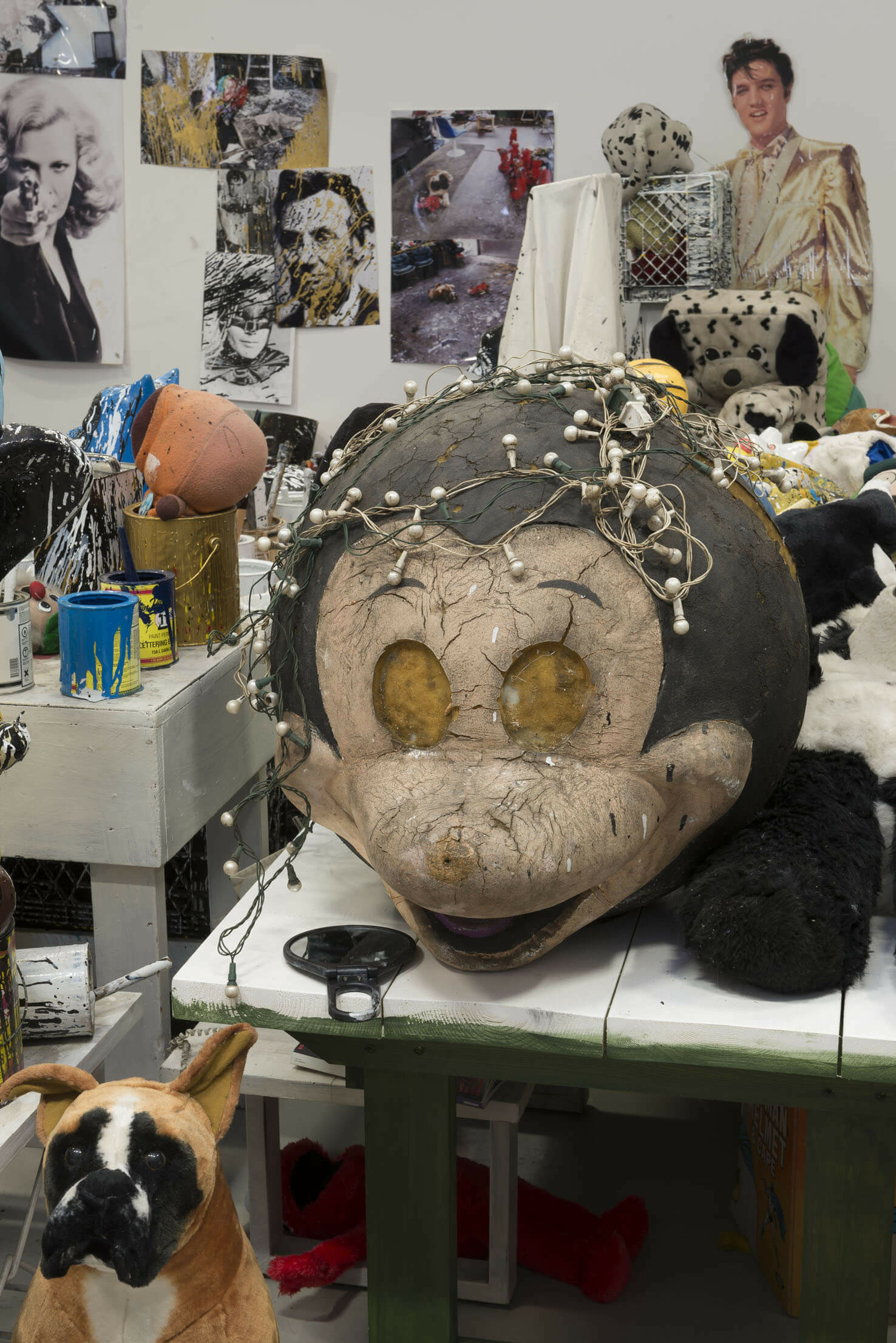 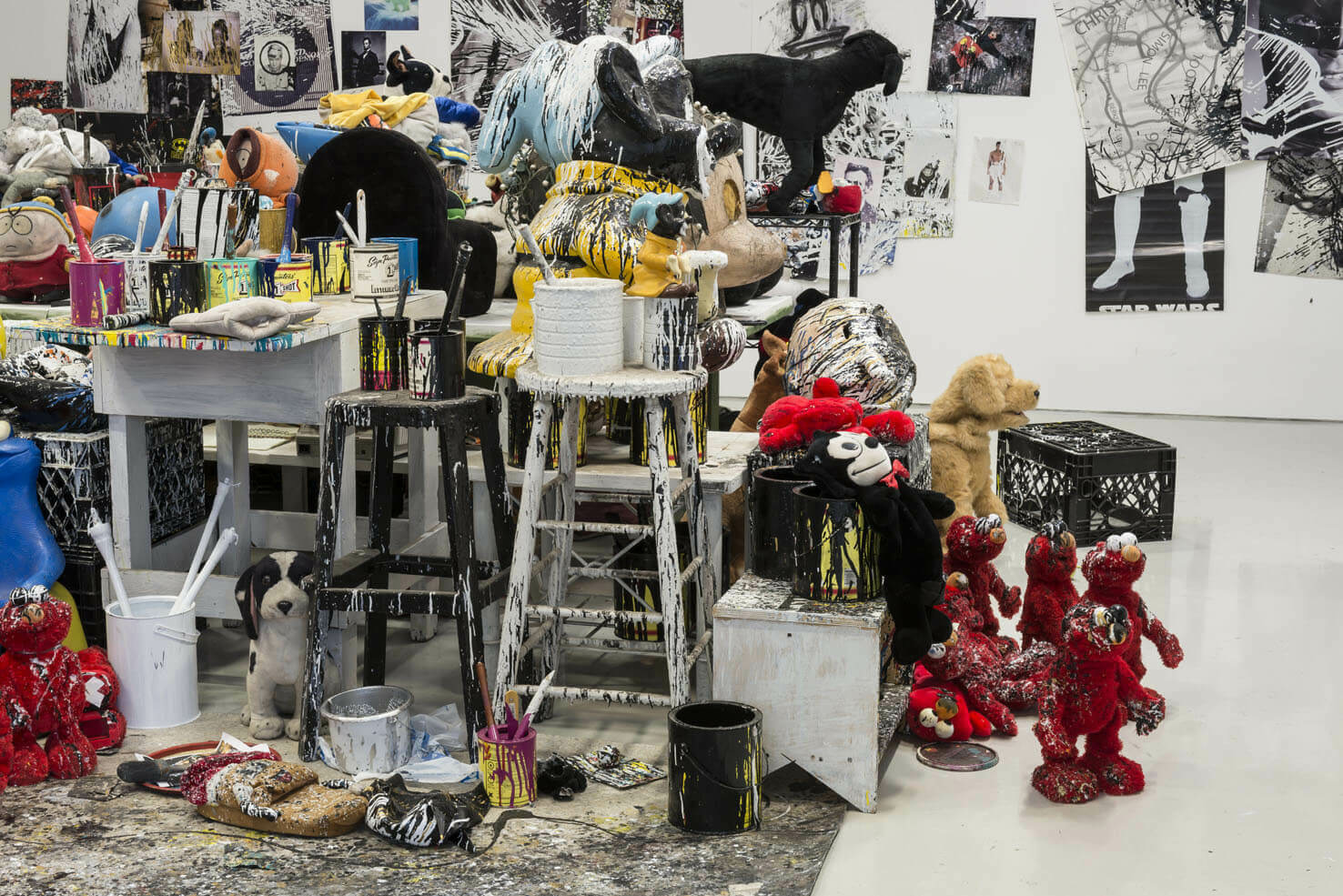 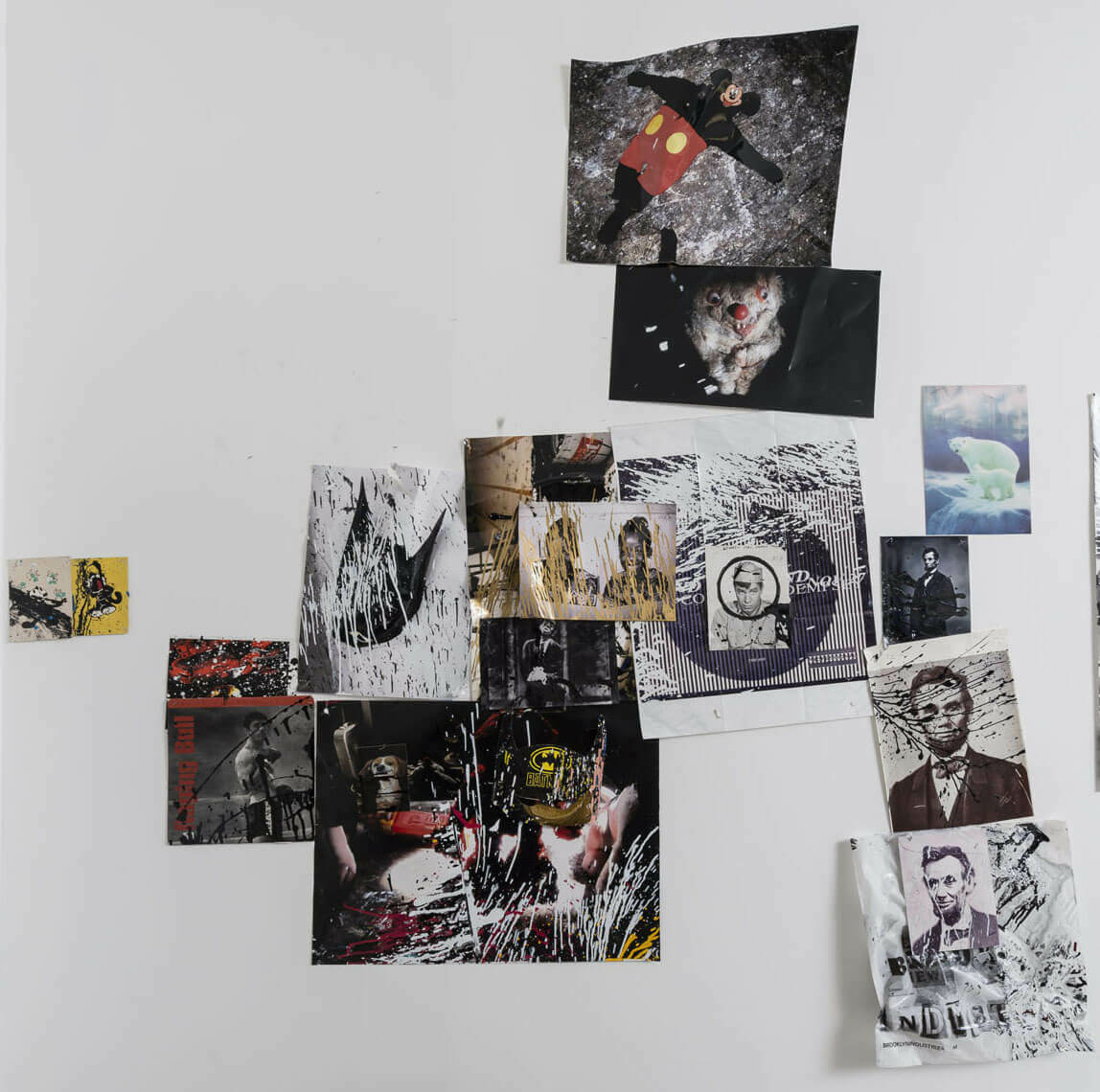 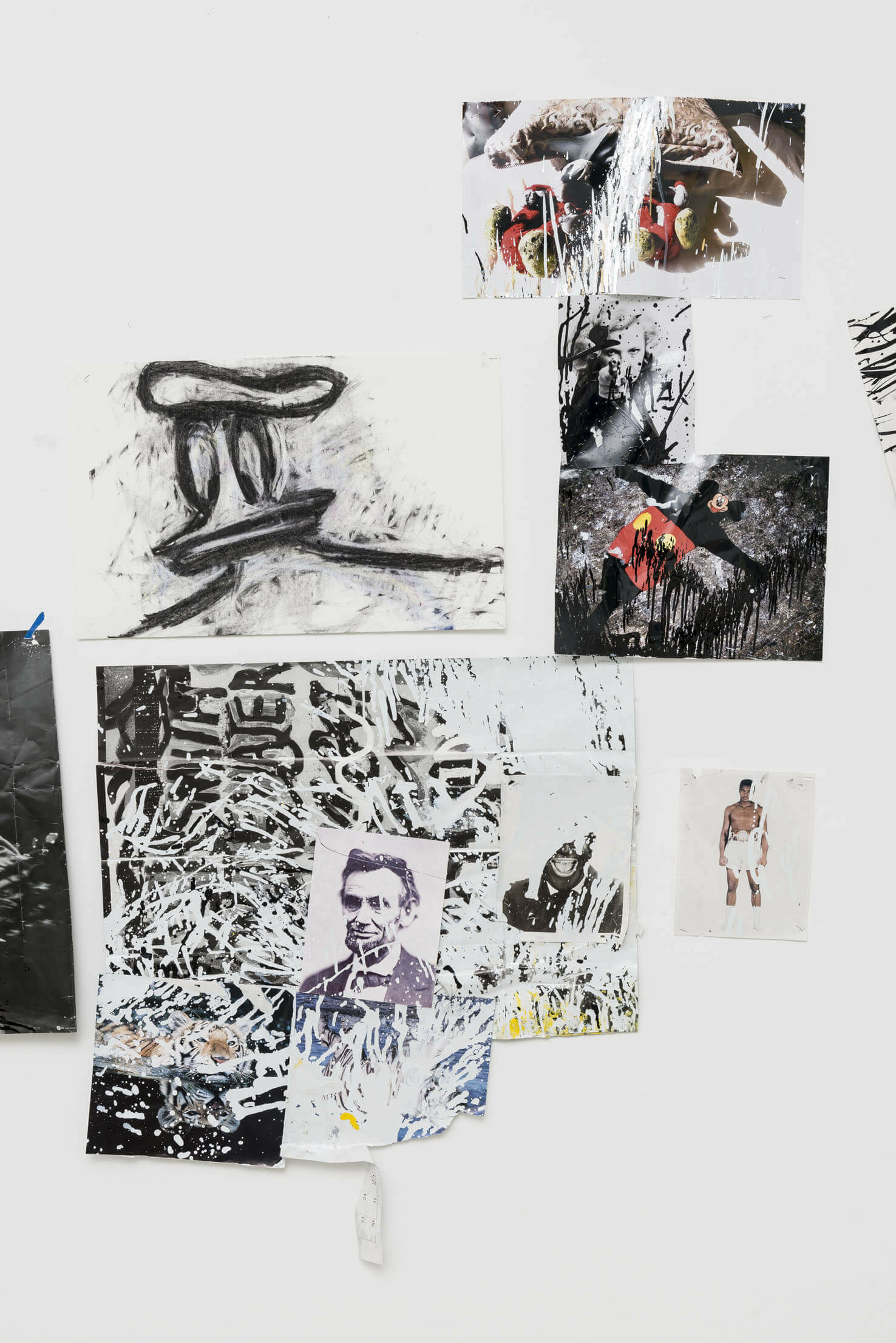 Joyce Pensato
Donald and the gang


Charcoal and pastel on paper and collage 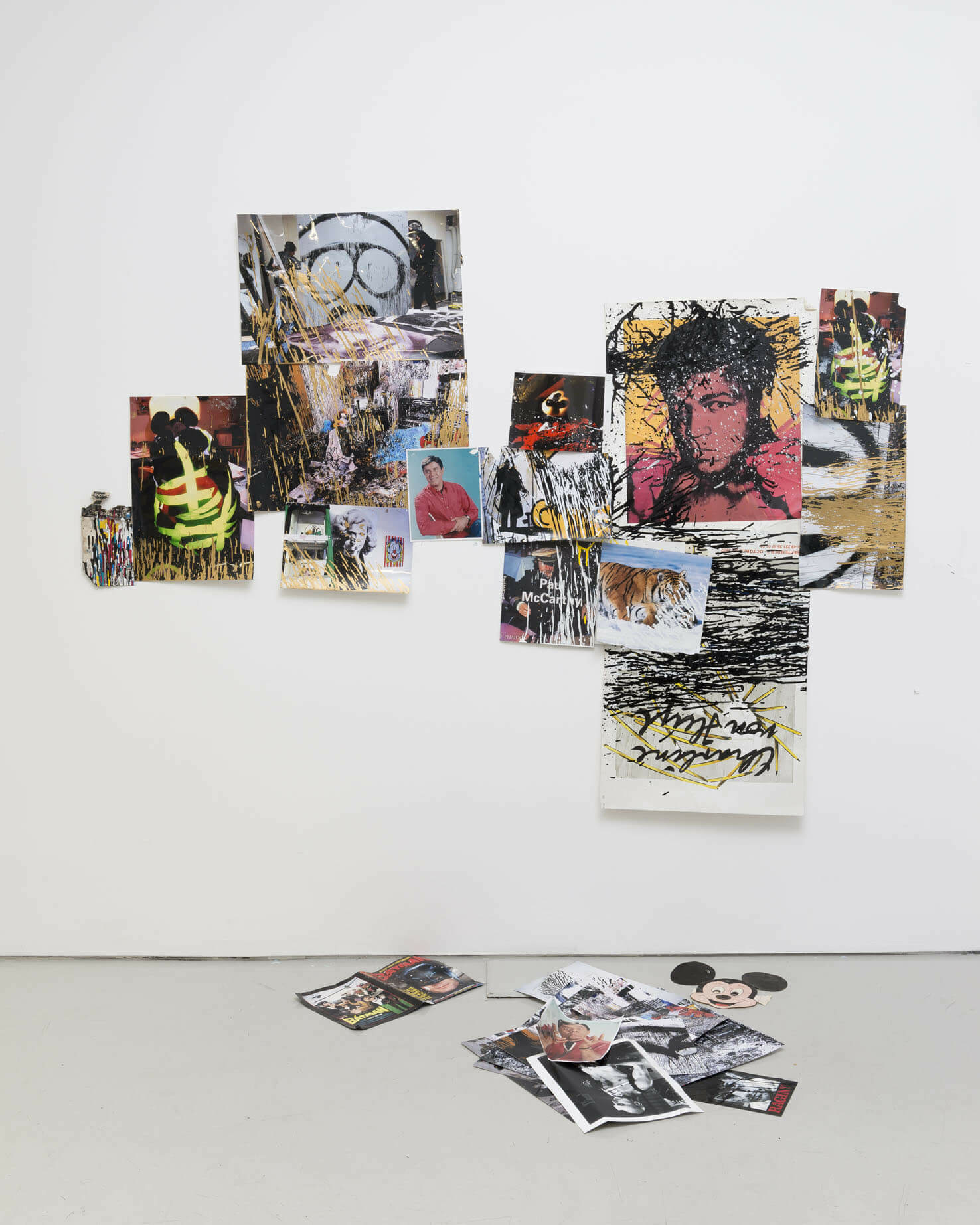 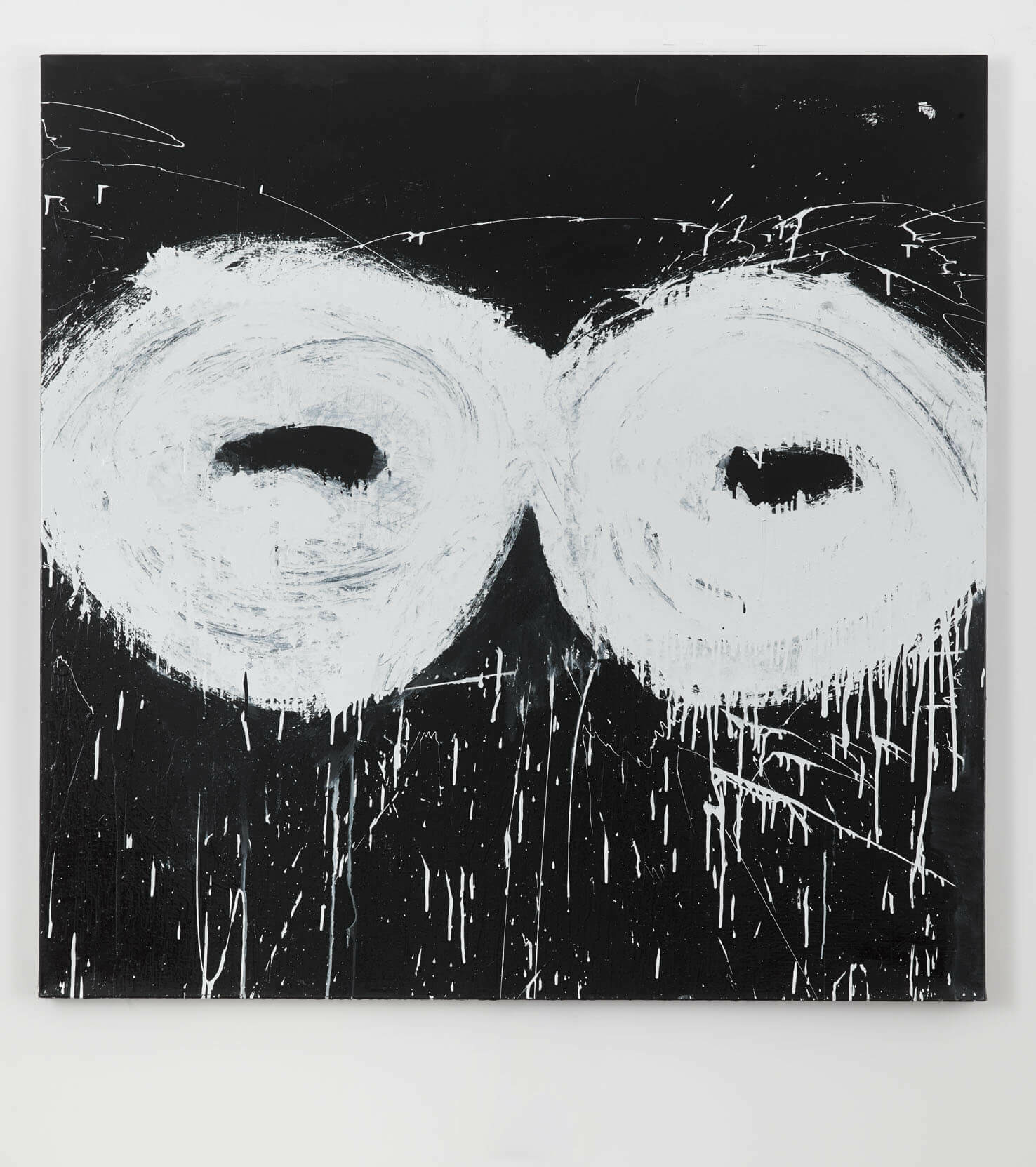 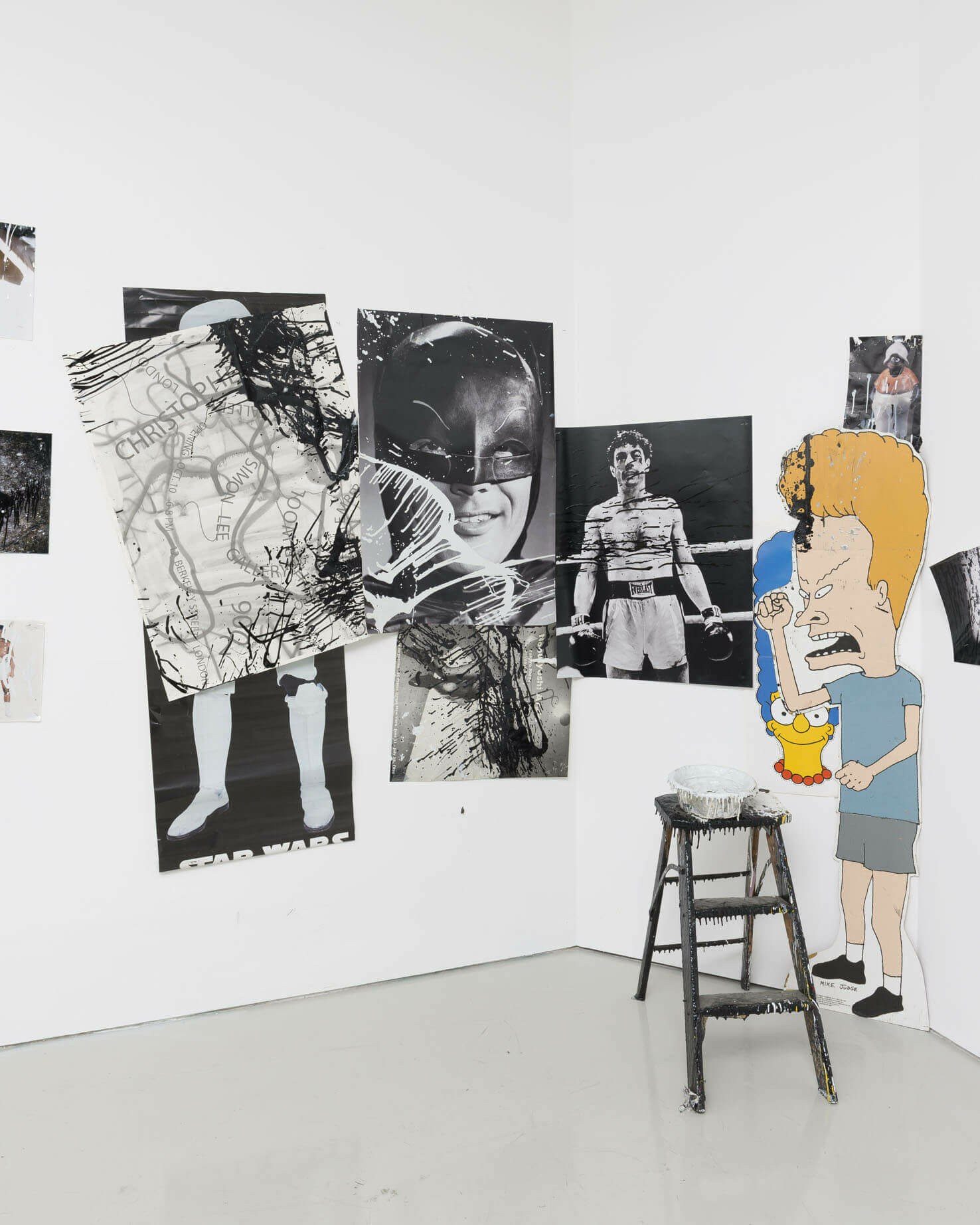 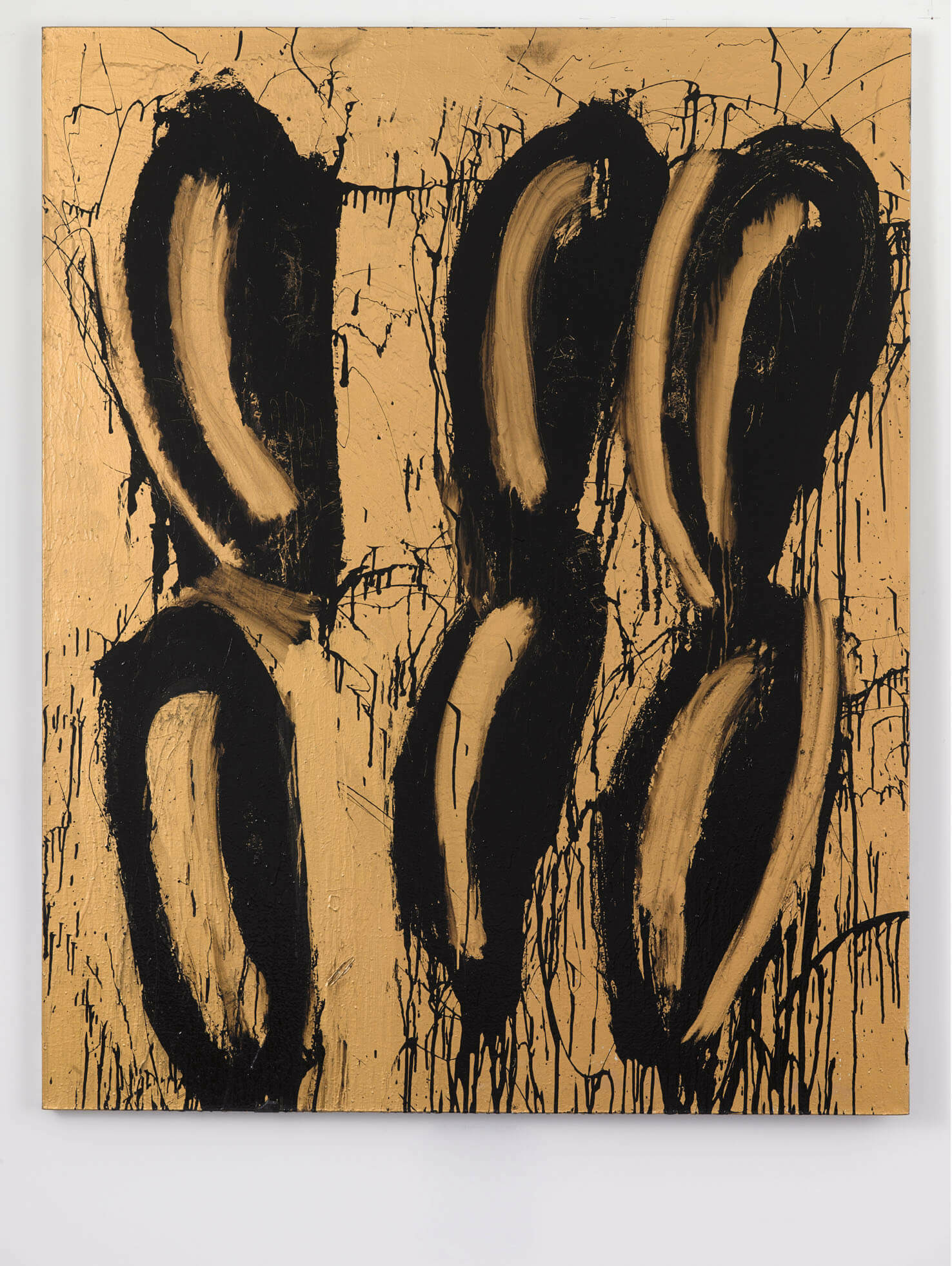 
Enamel and metallic paint on canvas 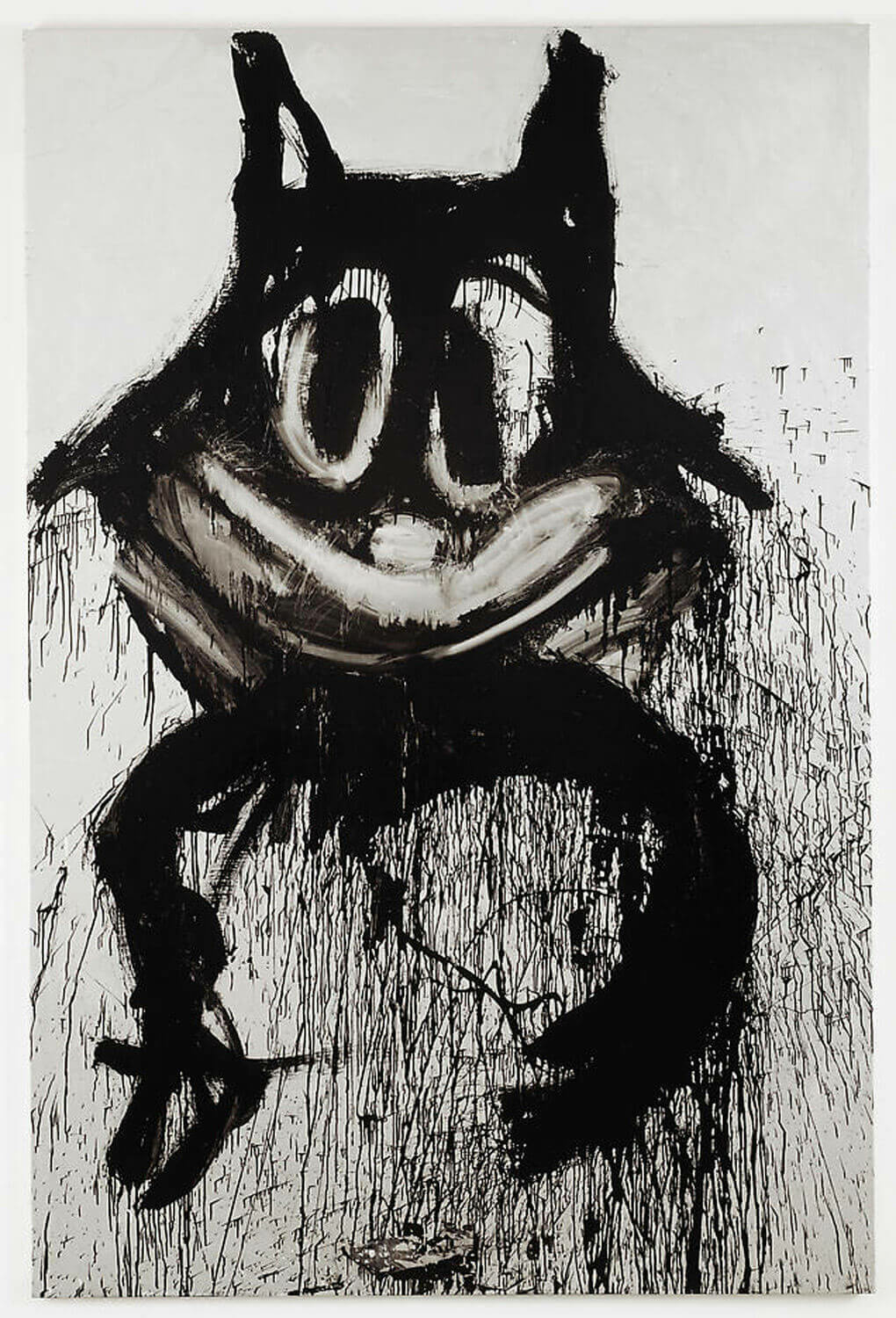 
2007
Enamel and metalic paint on linen 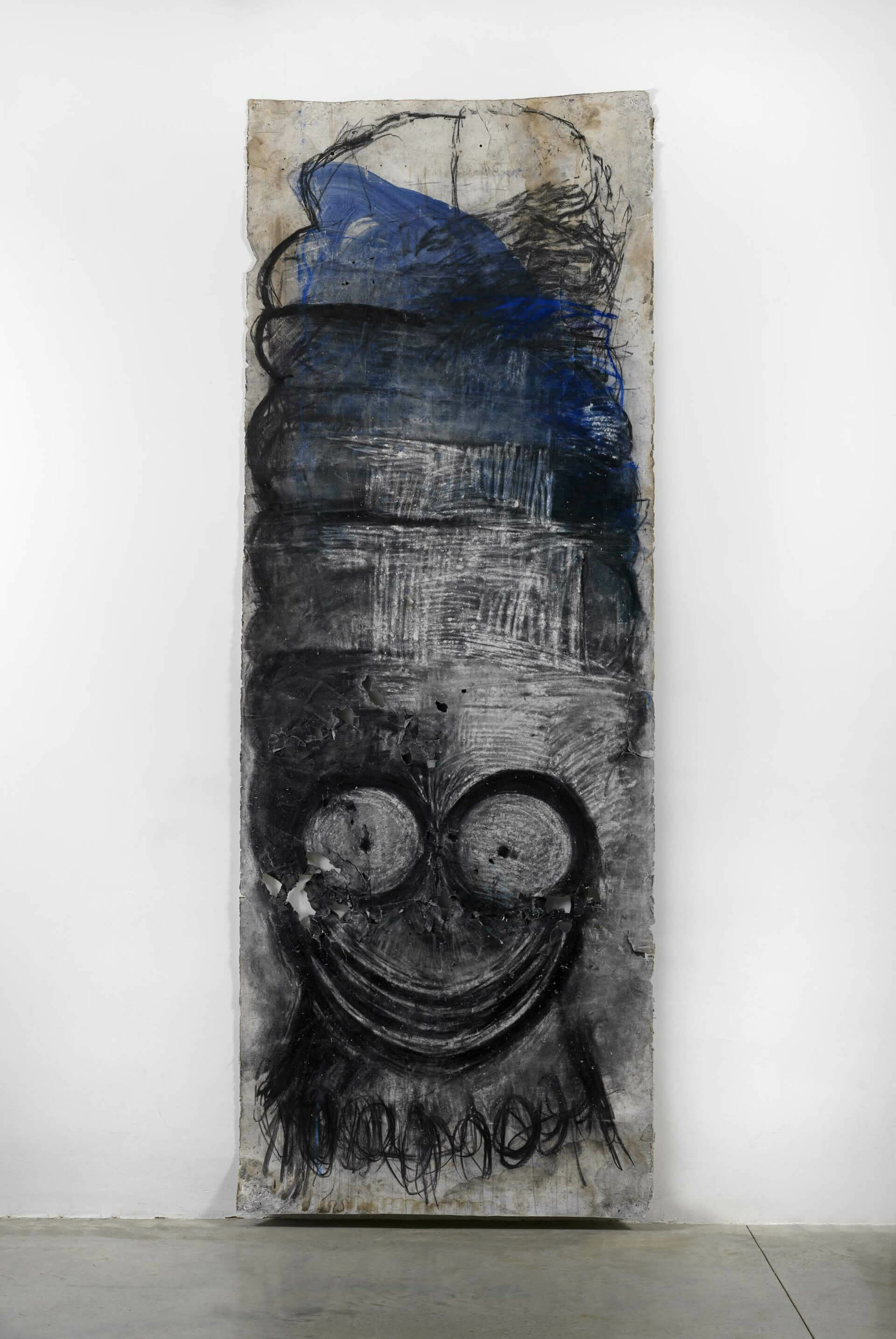