Robert Mangold is one of the most pre-eminent artists of his generation. Since the 1960s he has developed an artistic vocabulary derived from the idea of geometry and asymmetry in shape and form. Mangold's use of subtle colour and curvilinear abstract forms are associated with Minimalism but also recall other sources from Ancient Greek pottery to Renaissance frescoes.

Robert Storr wrote in 2000: "Figurative artists develop subject matter; abstract artists like Mangold develop ‘object matter’. His basic themes have been the fragment in relation to the whole (how, for example, can a pie slice-shaped painting be read both as a section of an invisible circle and a form complete unto itself?); formal stability in relation to formal abnormality (an exploration begun with the distorted squares and circles of 1969 – 71); the tangible concreteness of painting in relation to the illusionism to which it lends itself (how does a surface assert its materiality while suggesting transparency?); the effect of image-scale upon image-reception (what, for example, distinguishes a model from a work, and how does a small work function in comparison to a larger one of the exact same configuration?); and above all the desire to keep painting whole, with all its elements clearly legible yet fully reconciled with one another."   Robert Storr, ‘Betwixt and Between’, Robert Mangold, London: Phaidon, 2000, p. 99

Robert Mangold (born 1937) lives and works in Washingtonville, New York. Since his first one-person exhibition in 1964, Mangold's work has been exhibited extensively worldwide, including solo exhibitions at Solomon R. Guggenheim Museum New York, 1971; Kunsthalle Basel, 1977 and Stedelijk Museum, Amsterdam. His work has been included three times in both Documenta, Kassel (1972, 1977, 1982) and in the Whitney Museum of American Art Biennial (1979, 1983, 1985). Mangold has also been exhibited in the Venice Biennale in 1993. 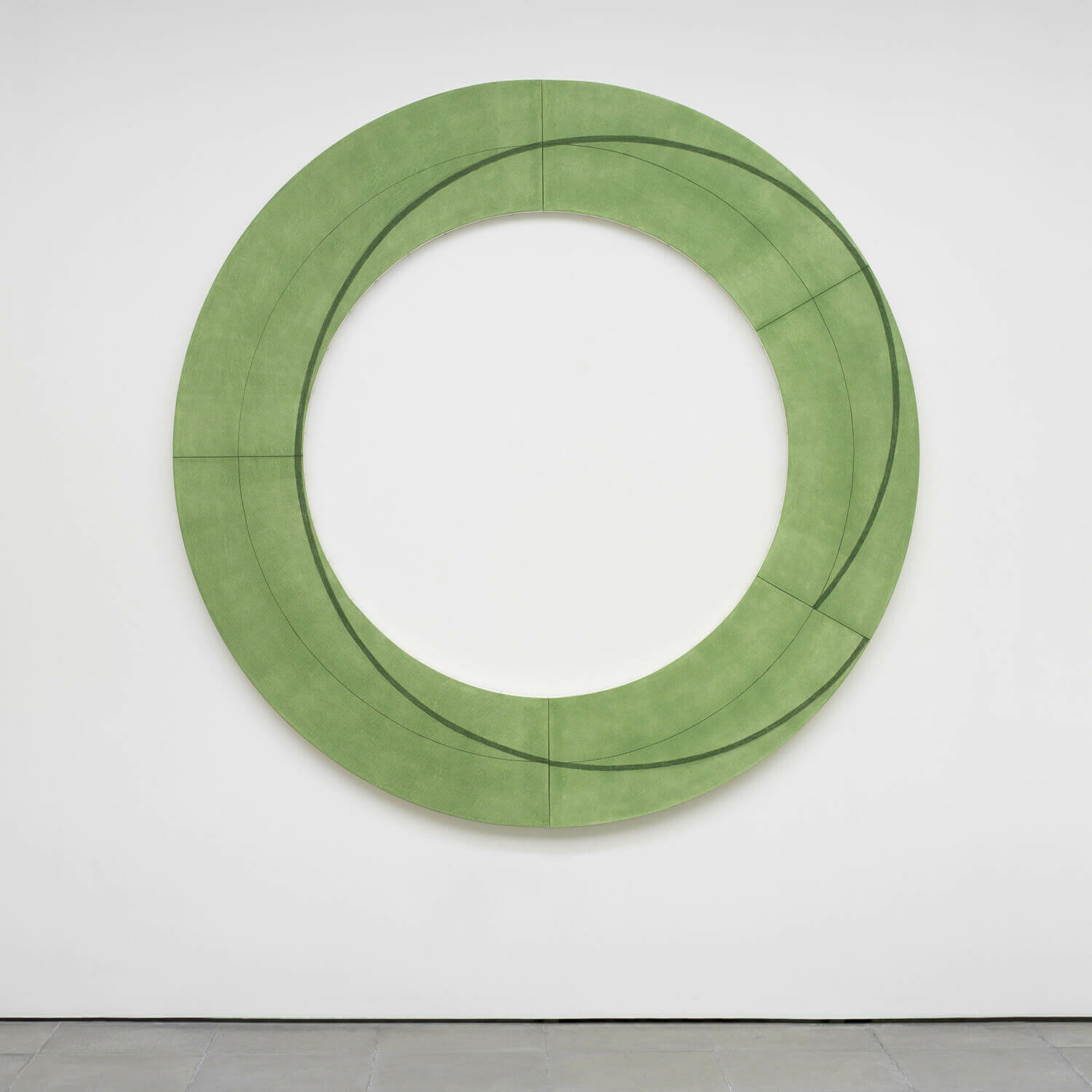 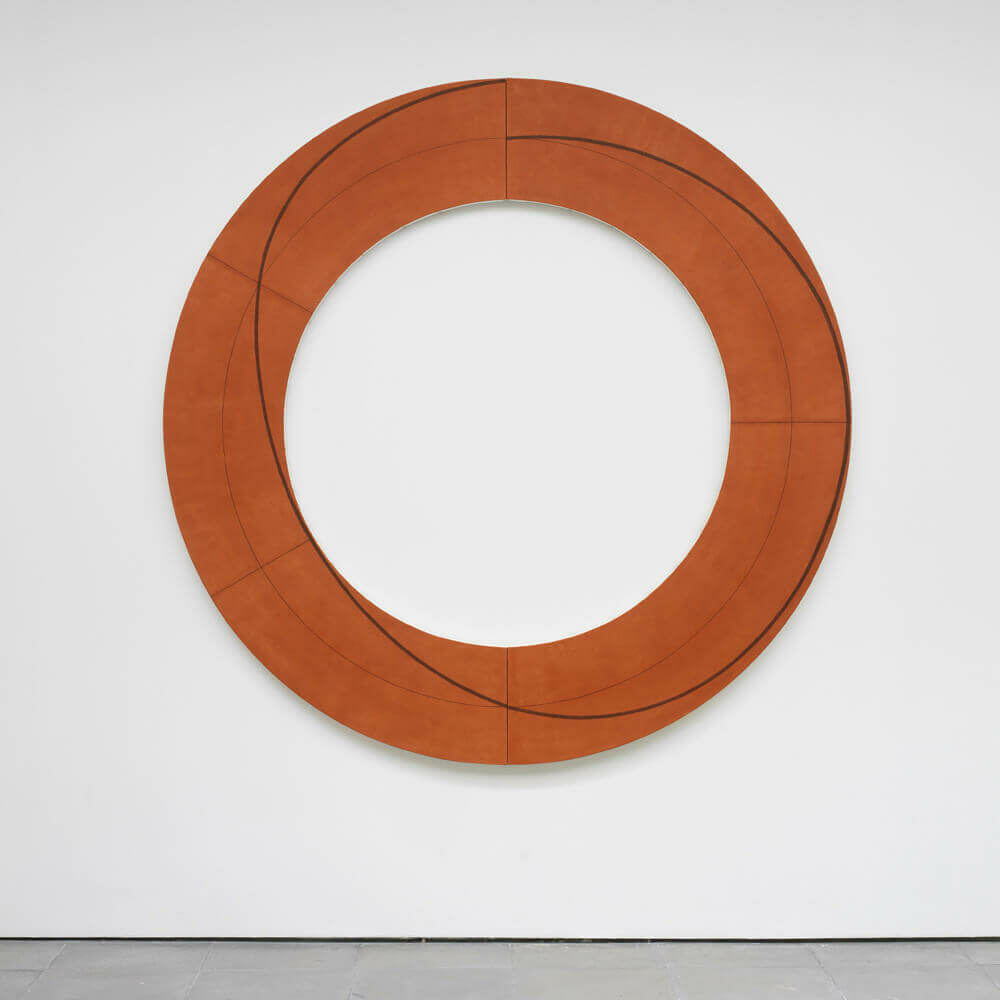 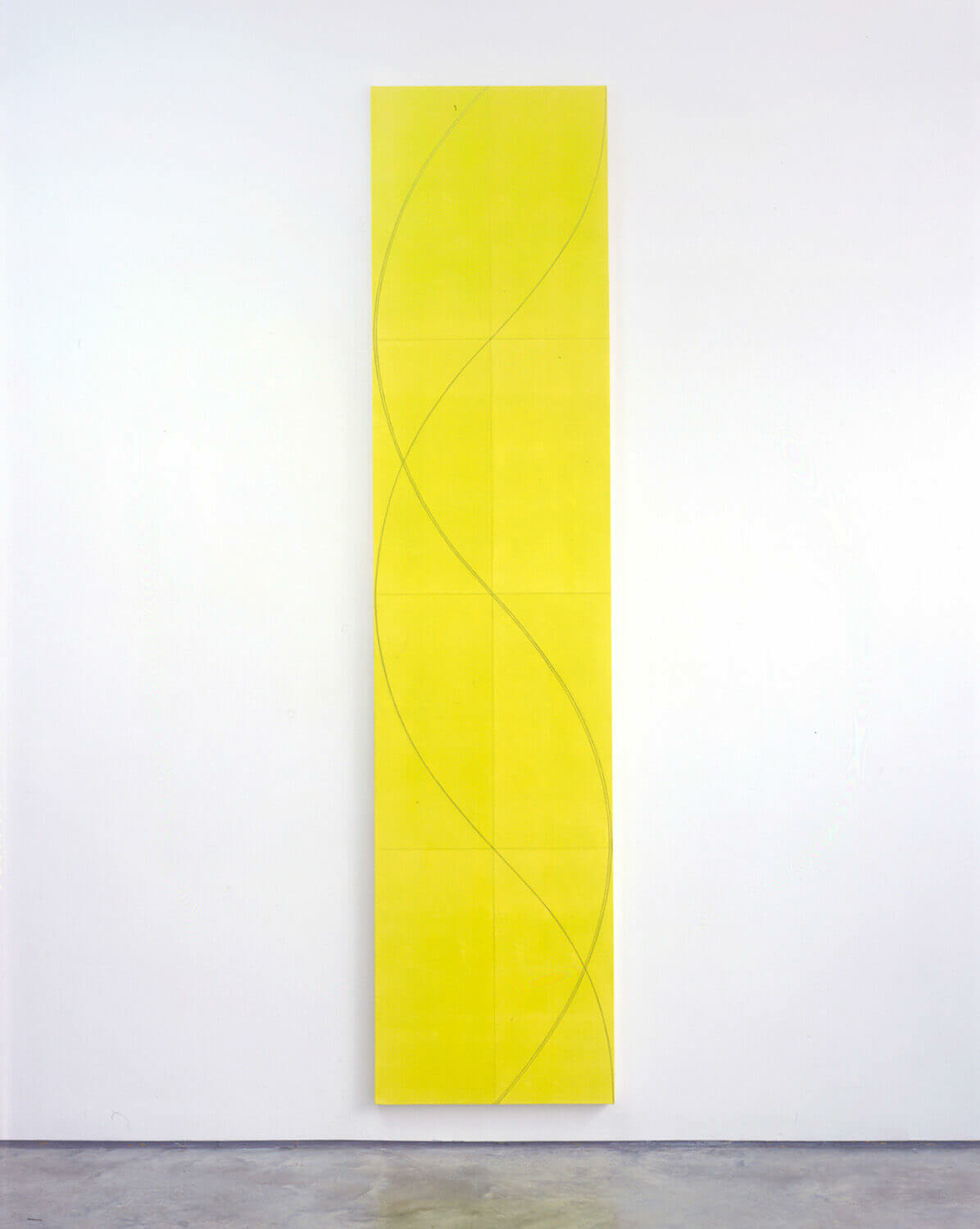 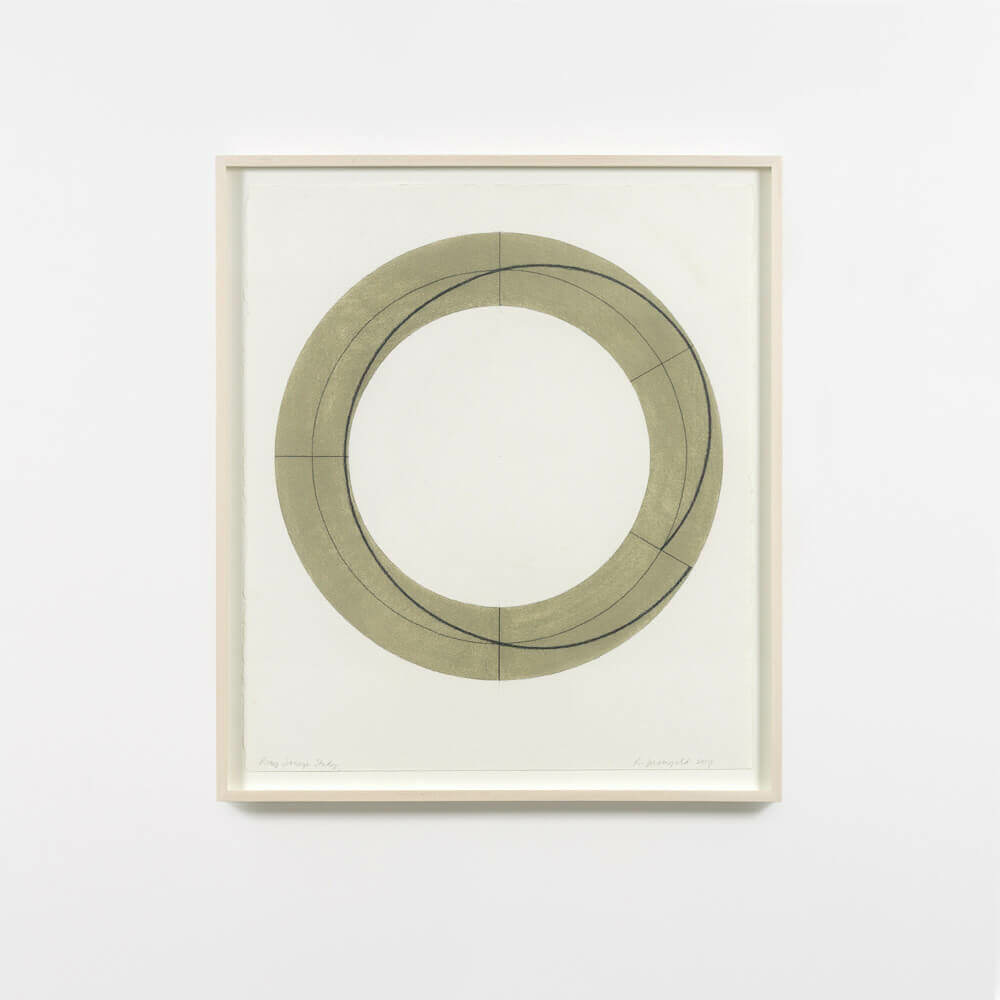 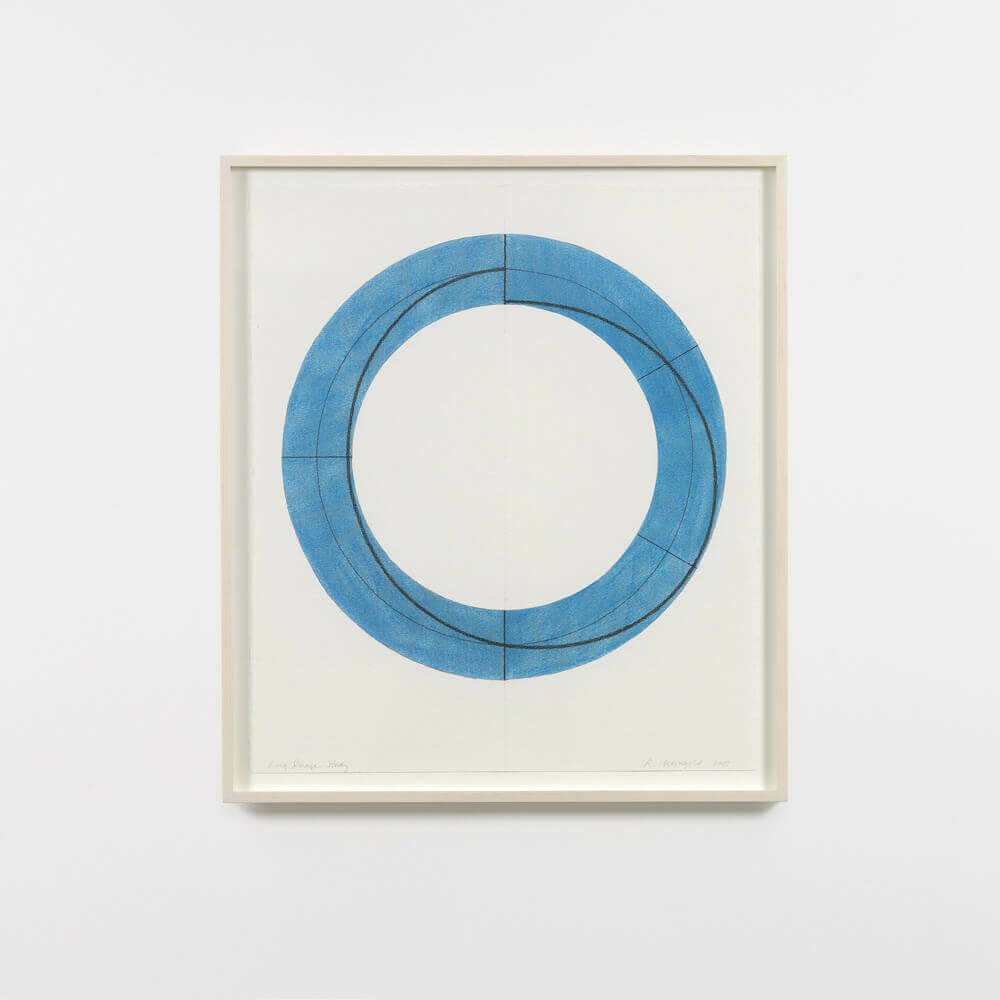 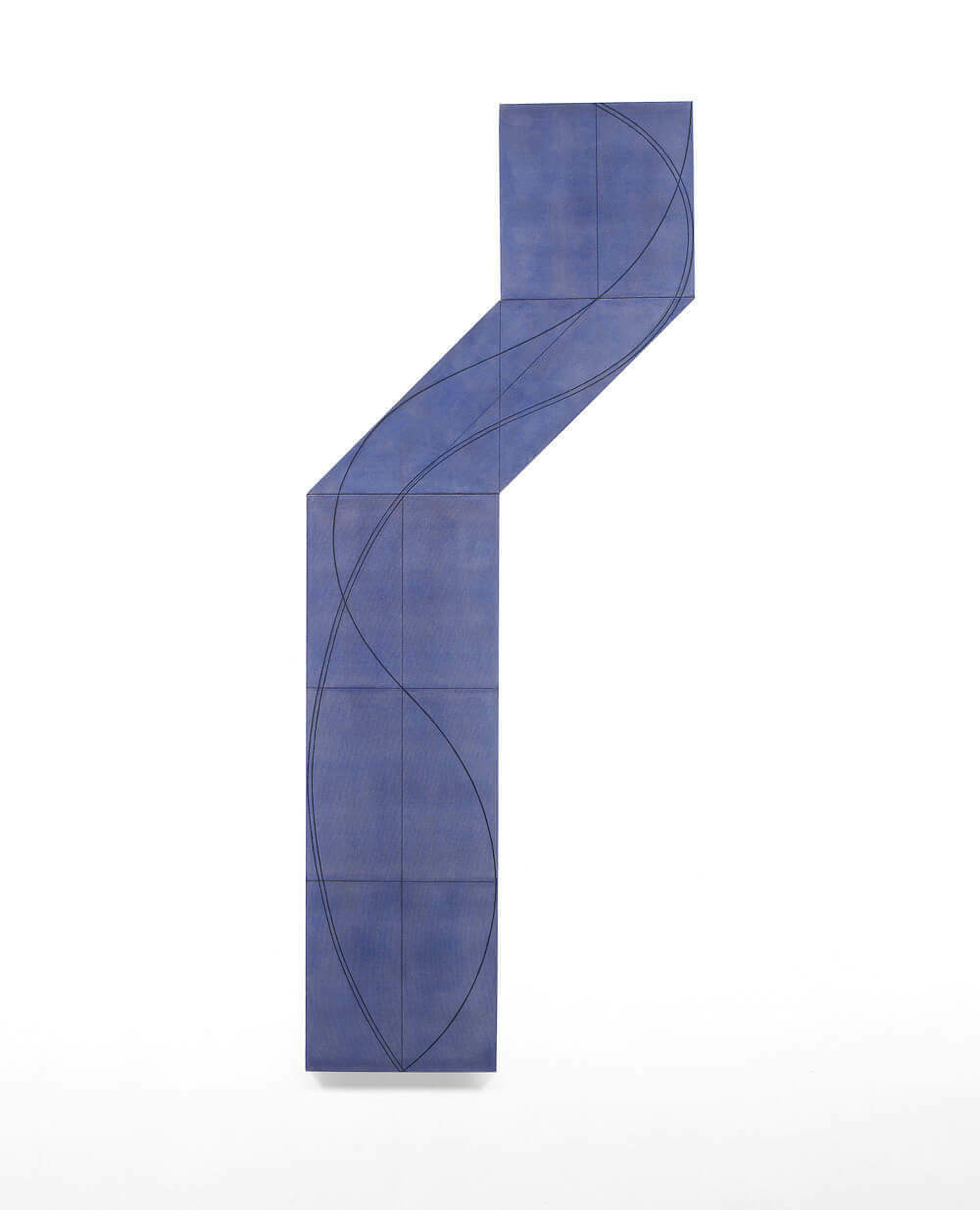 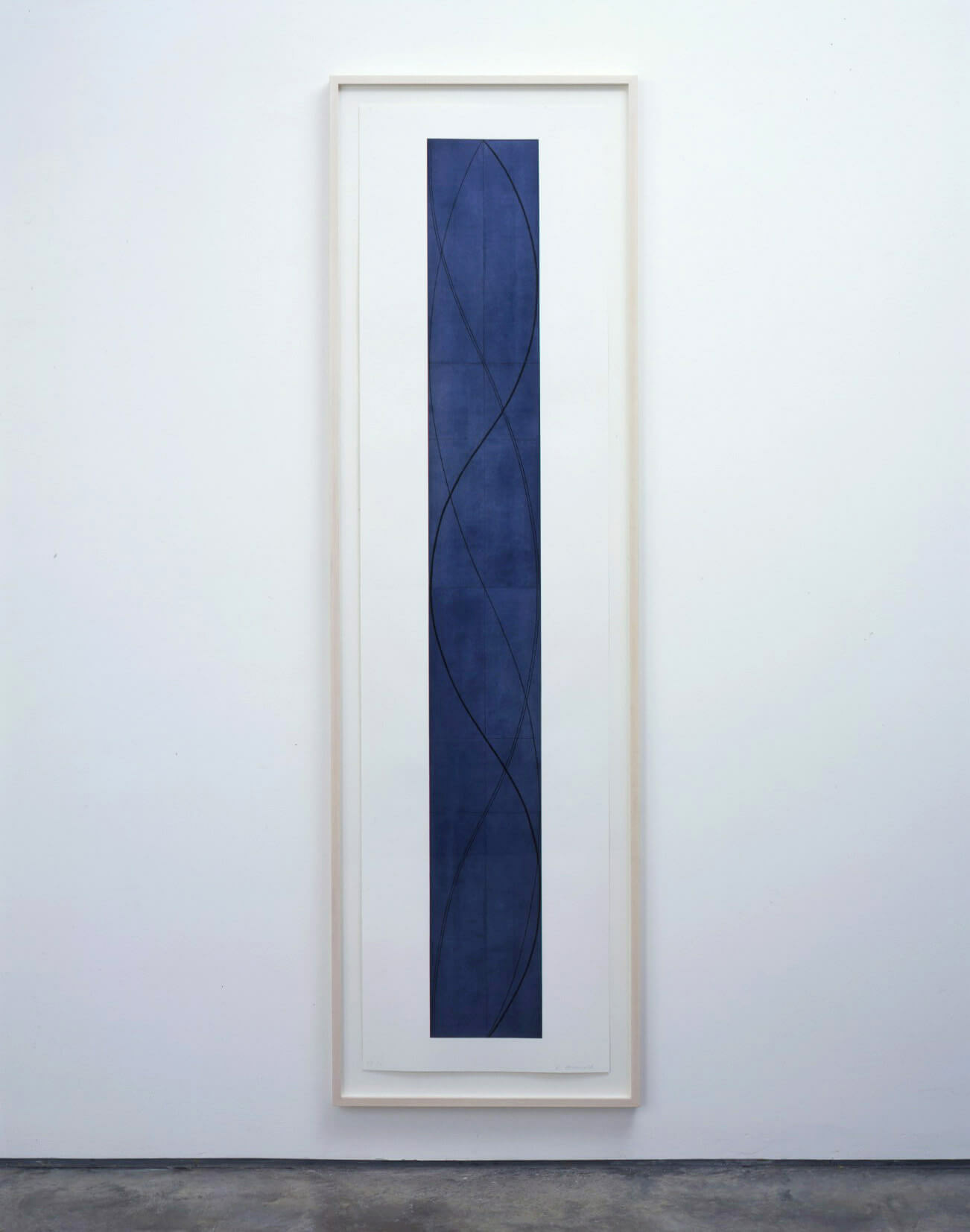 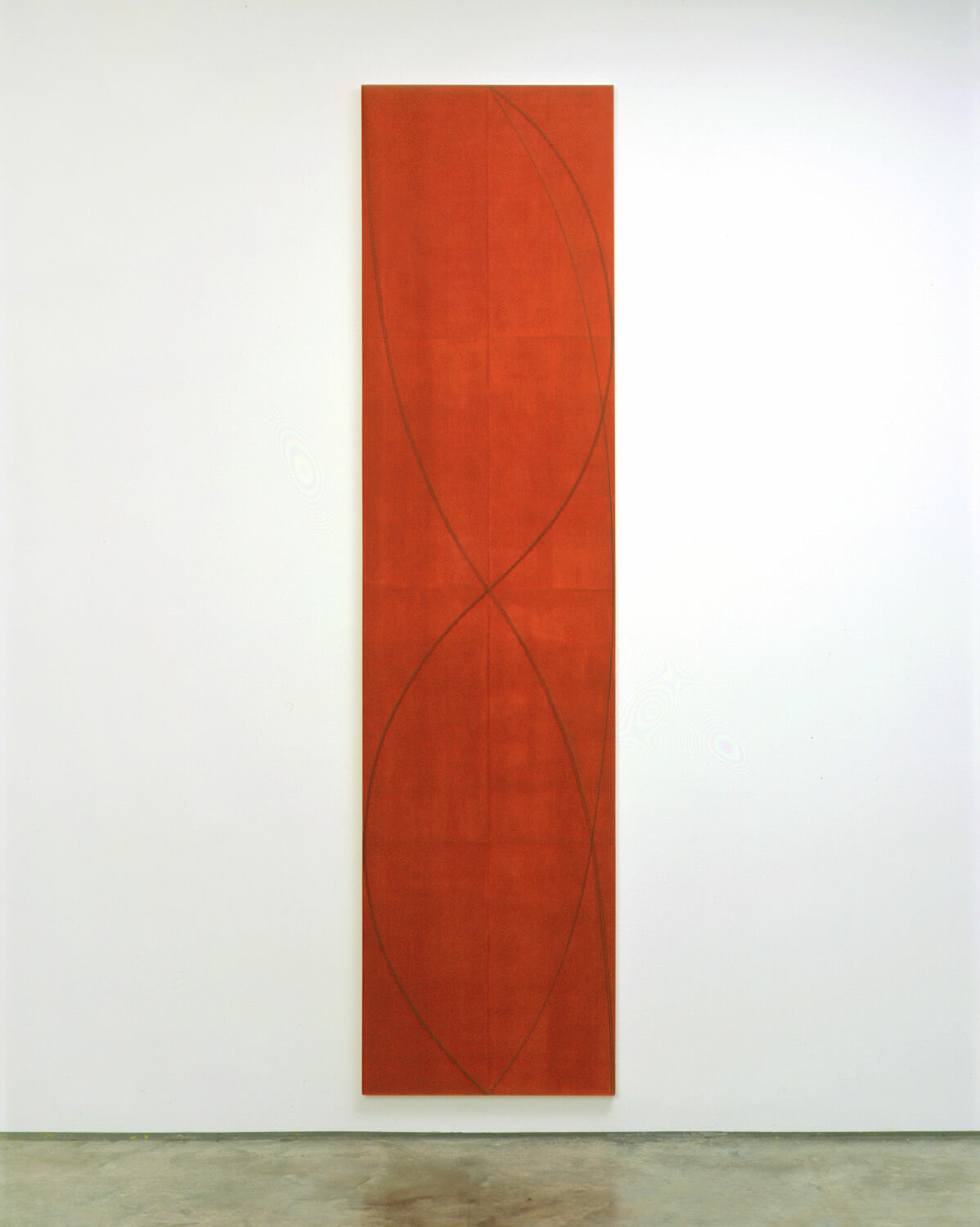 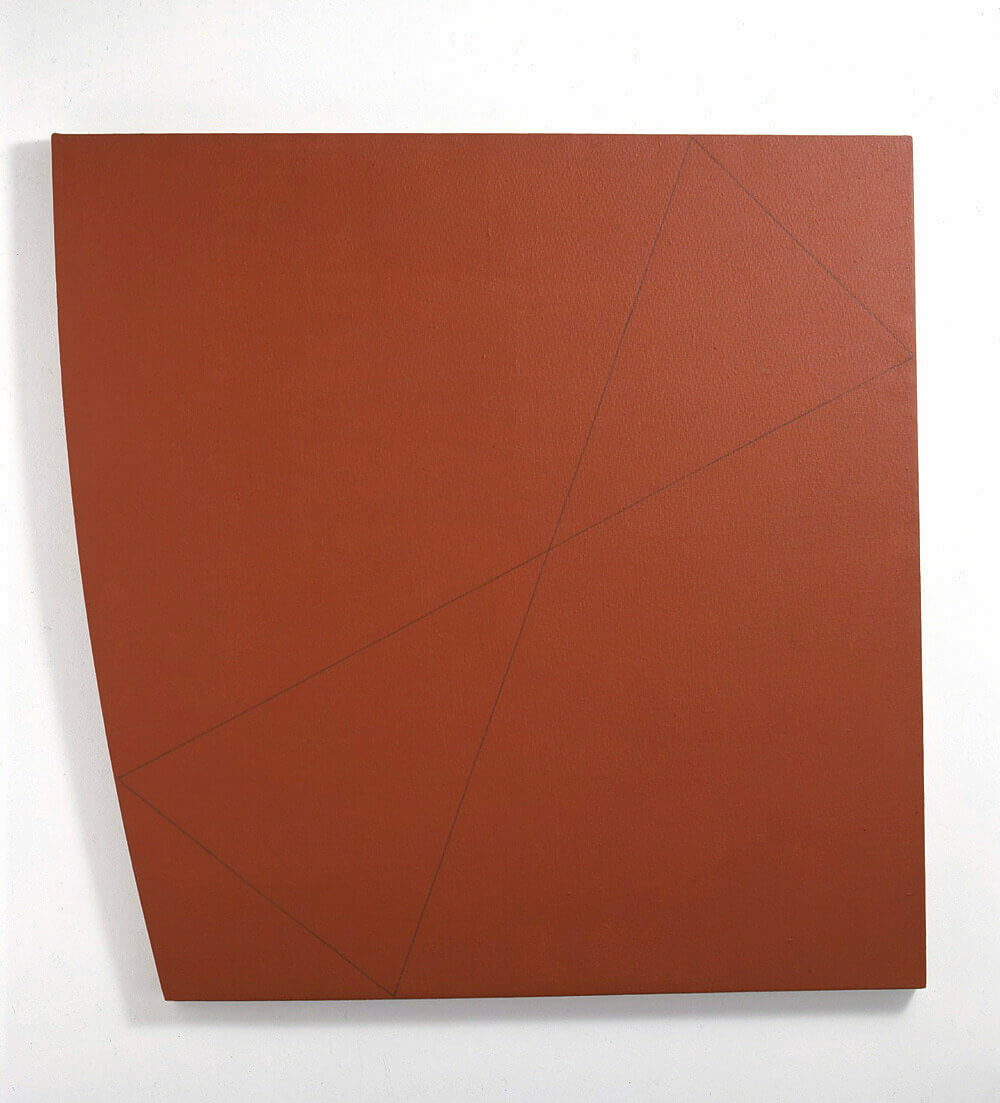 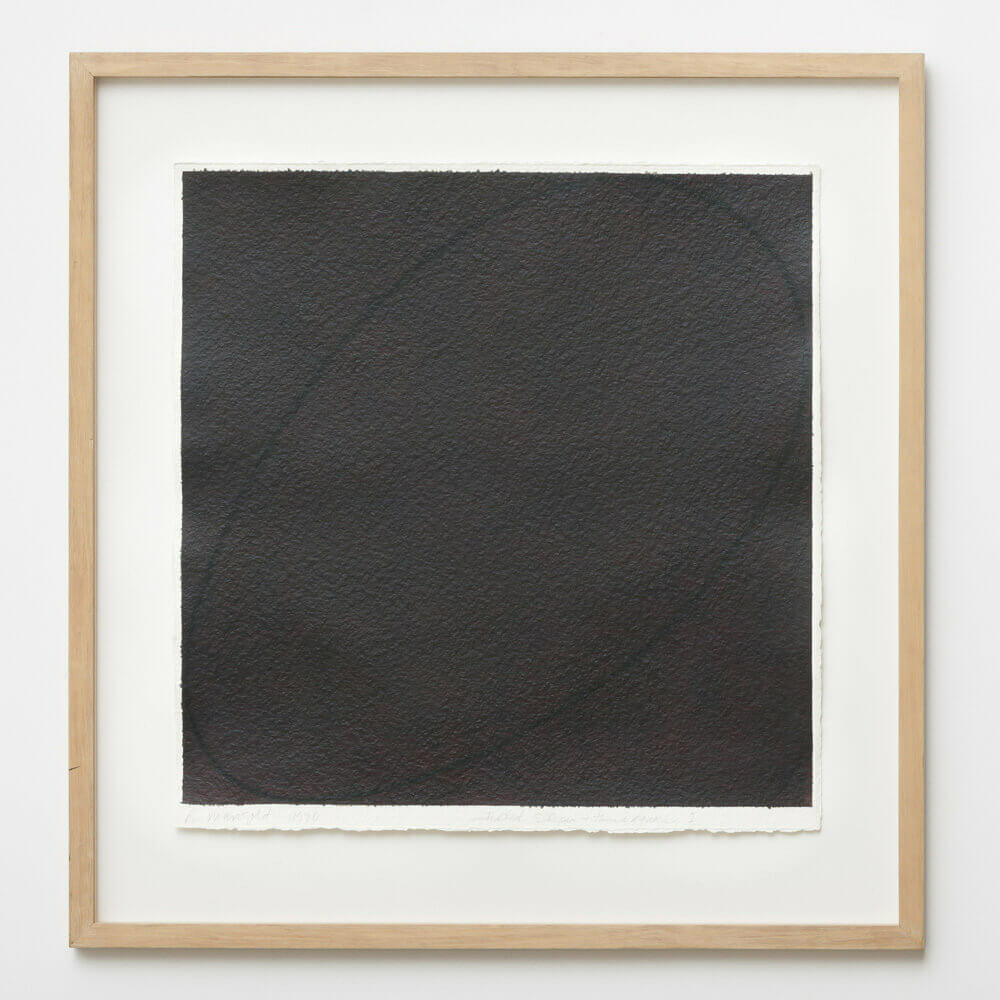 Robert Mangold
Tilted Ellipse Within a Square I 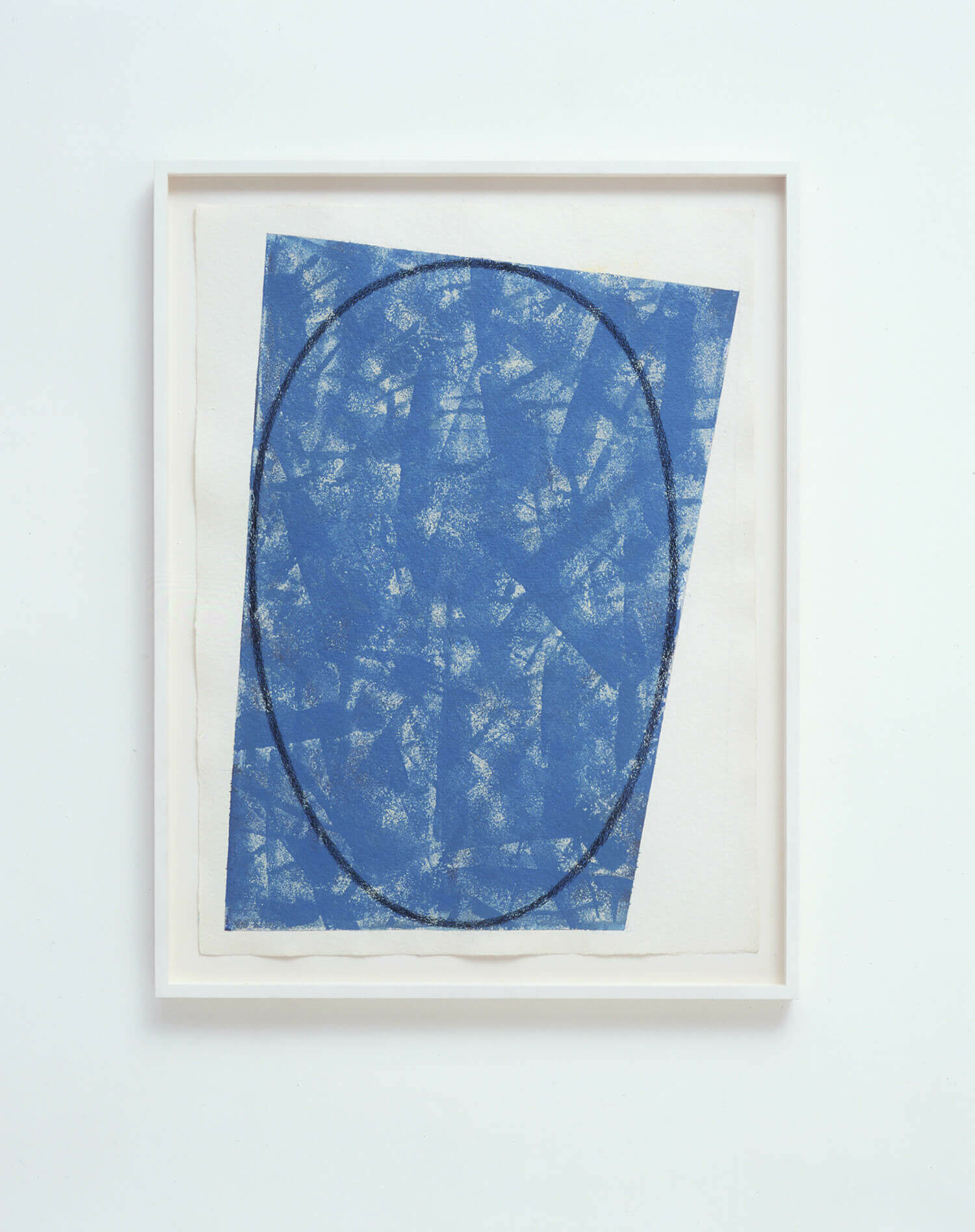 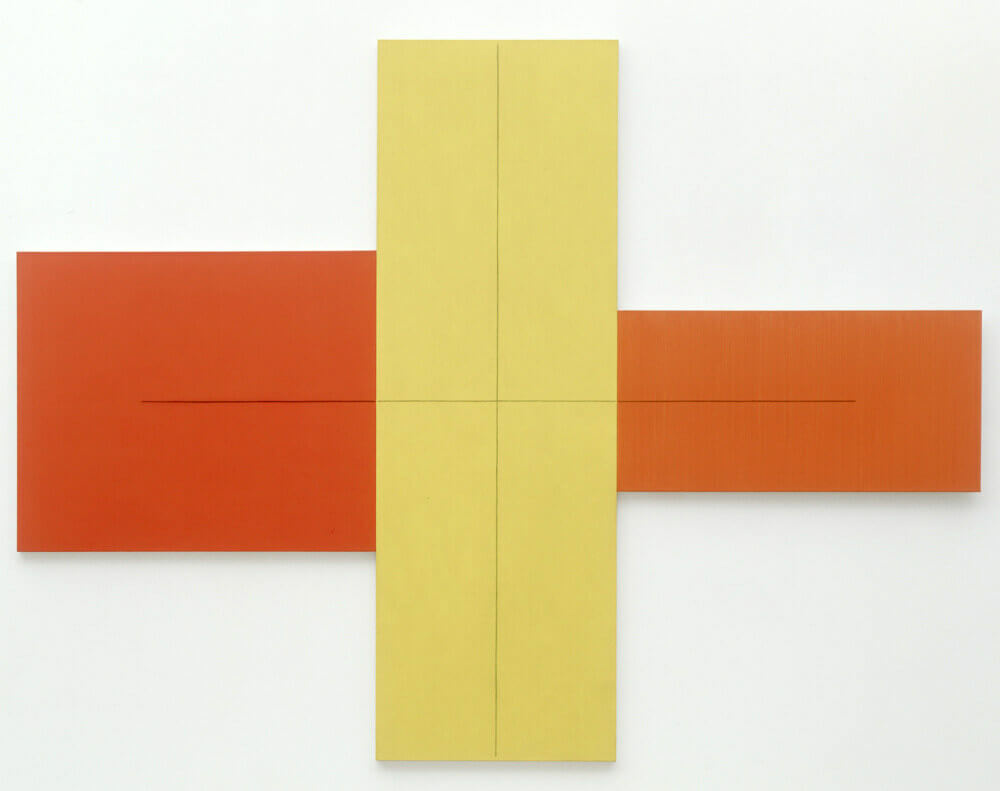 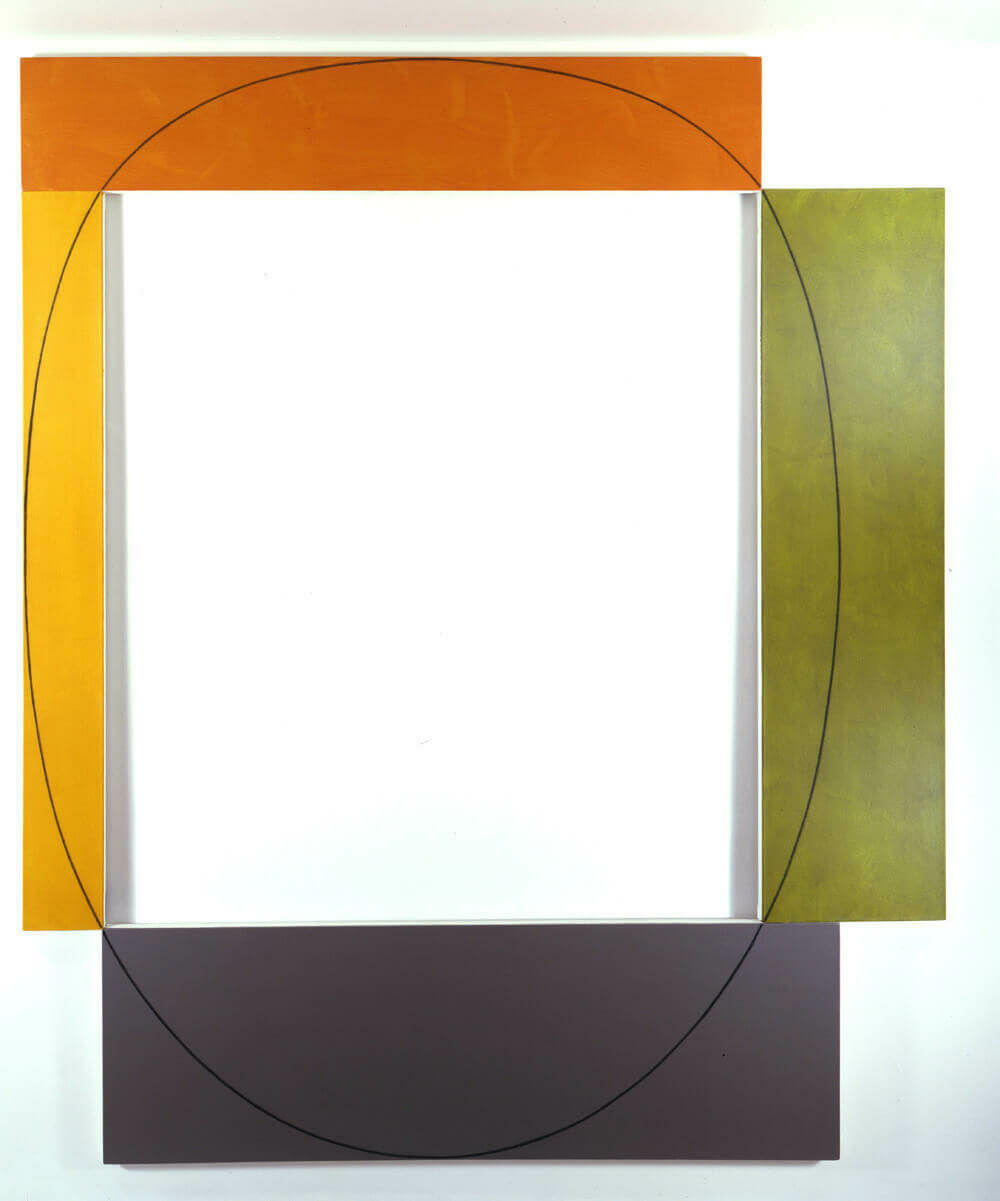 
Acrylic and pencil on canvas