John Akomfrah is a hugely respected artist and filmmaker, whose works are characterised by their investigations into memory, post-colonialism, temporality and aesthetics and often explore the experiences of migrant diasporas globally. Akomfrah was a founding member of the influential Black Audio Film Collective, which started in London in 1982 alongside artists David Lawson and Lina Gopaul, who he still collaborates with today. Their first film, Handsworth Songs (1986) explored events surrounding the 1985 riots in Birmingham and London through a charged combination of archive footage, still photos, newly shot material and newsreel. The film won several international prizes and established a multi-layered visual style that has become a recognisable motif of Akomfrah’s practice. Other works include the three-screen installation The Unfinished Conversation (2012), a moving portrait of the cultural theorist Stuart Hall’s life and work; Peripeteia (2012), an imagined drama visualising the lives of individuals included in two 16th century portraits by Albrecht Dürer and Mnemosyne (2010) which exposes experiences of migrants in the UK, questioning the notion of Britain as a promised land by revealing the realities of economic hardship and casual racism.

In 2015, Akomfrah premiered his three-screen film installation Vertigo Sea (2015), which explores what Ralph Waldo Emerson calls ‘the sublime seas’. Fusing archival material, readings from classical sources and newly shot footage, Akomfrah’s piece focuses on the disorder and cruelty of the whaling industry and juxtaposes it with scenes of many generations of migrants making epic crossings of the ocean for a better life. In 2017, Akomfrah presented his largest film installation to date, Purple (2017), at the Barbican in London, co-commissioned by Bildmuseet Umeå, Sweden, TBA21—Academy, The Institute of Contemporary Art/ Boston, Museu Coleção Berardo, Lisbon and Garage Museum of Contemporary Art, Moscow. The six-channel video installation addresses climate change, human communities and wilderness. More recently, Akomfrah debuted Precarity (2017) at Prospect 4 New Orleans, following the life of forgotten New Orleans jazz trumpeter Charles 'Buddy' Bolden. In 2018, Akomfrah participated in the UK wide World War One arts programme 14-18 Now, with his multiscreen installation Mimesis: African Soldier (2018), which commemorated African and colonial participants who fought, served and perished during The Great War. In 2019, on the occasion of his participation at the first Ghana Pavilion at the 58th Venice Biennale, John Akomfrah presented Four Nocturnes (2019), a three-channel piece that reflects on the complex intertwined relationship between humanity’s destruction of the natural world and our destruction of ourselves. 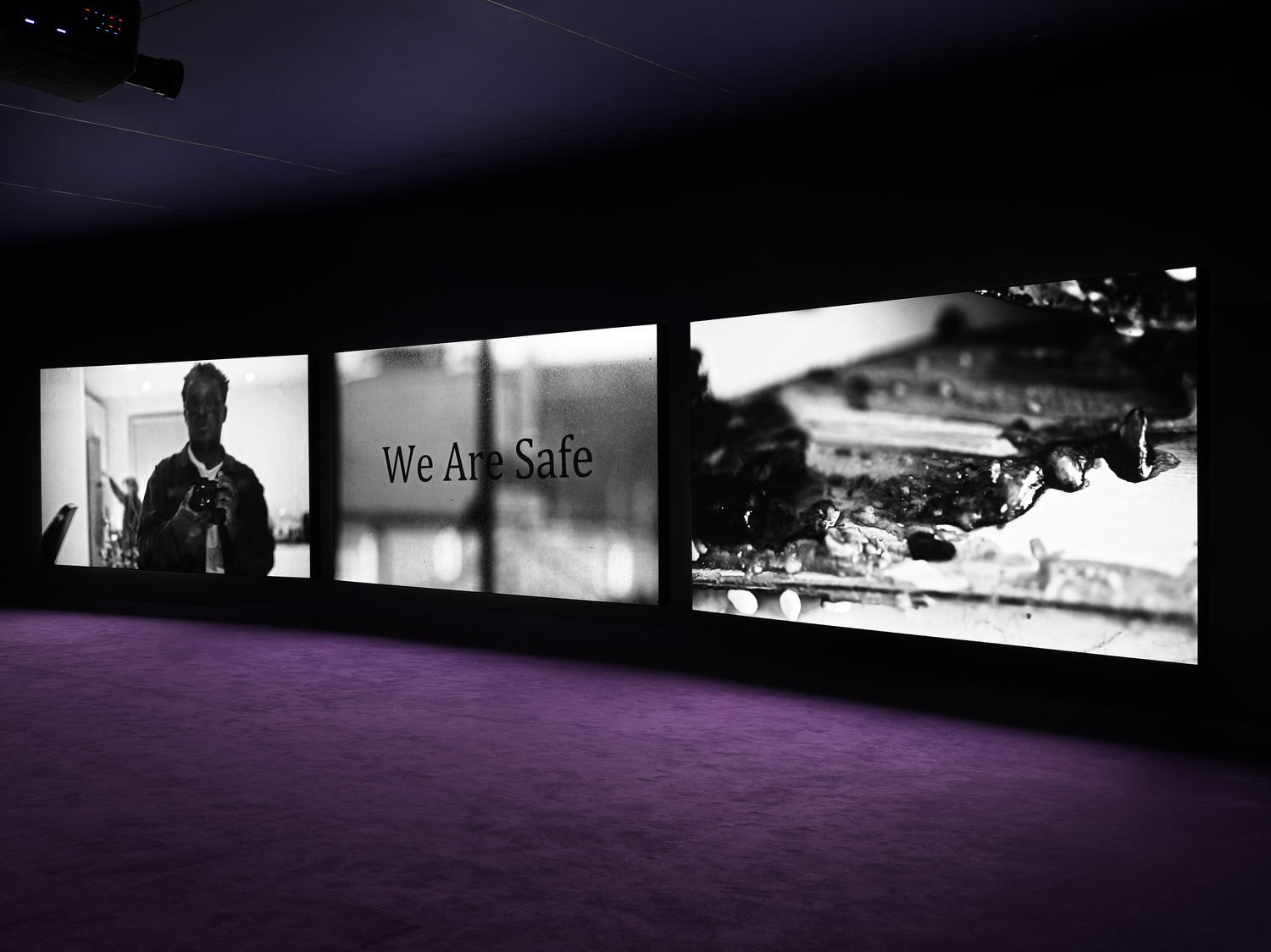 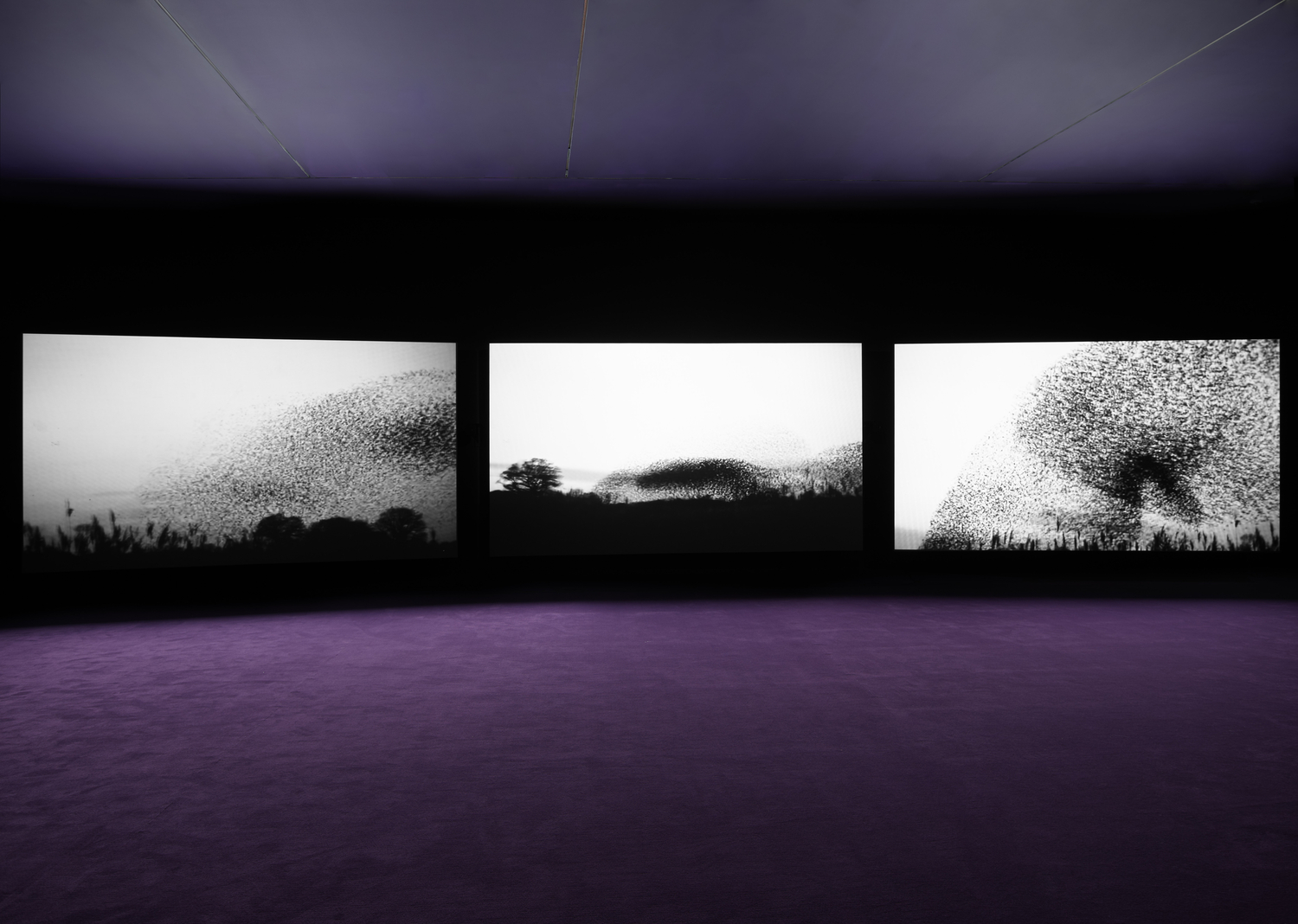 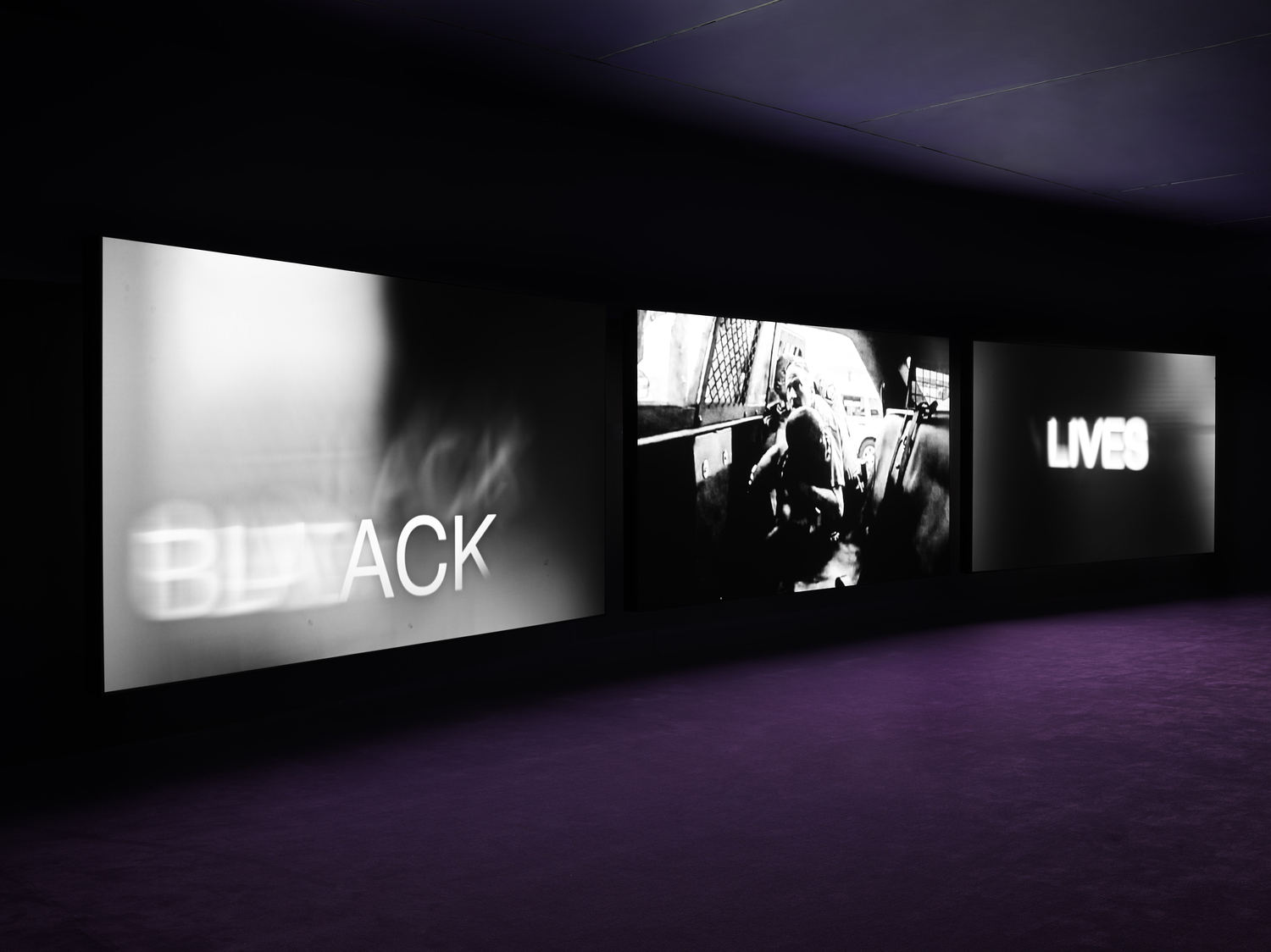 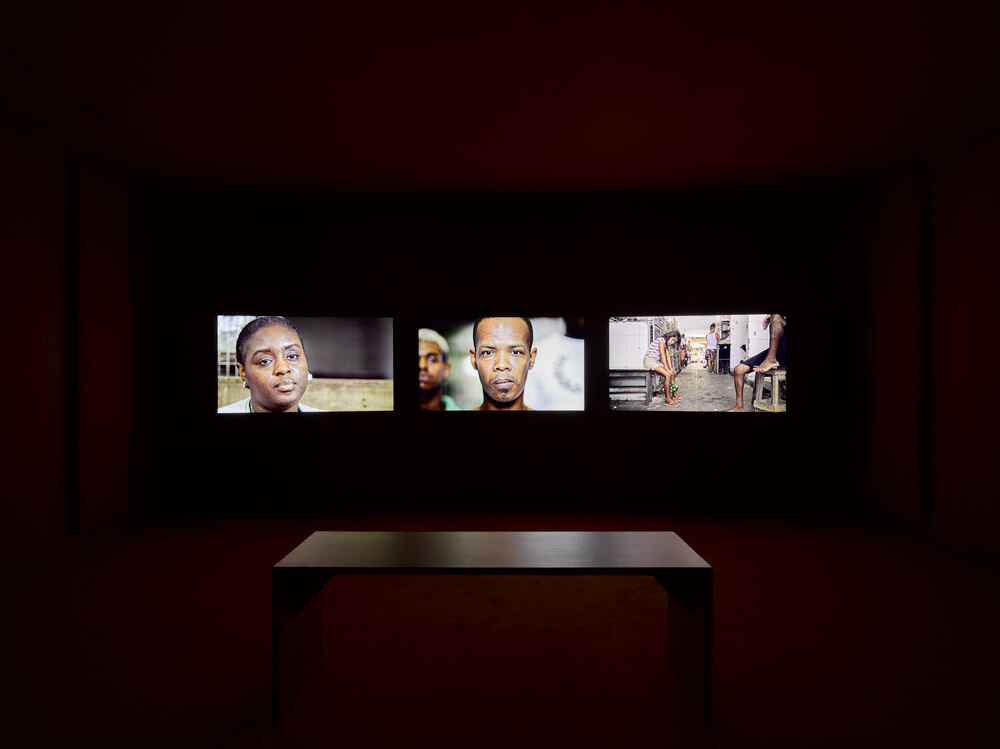 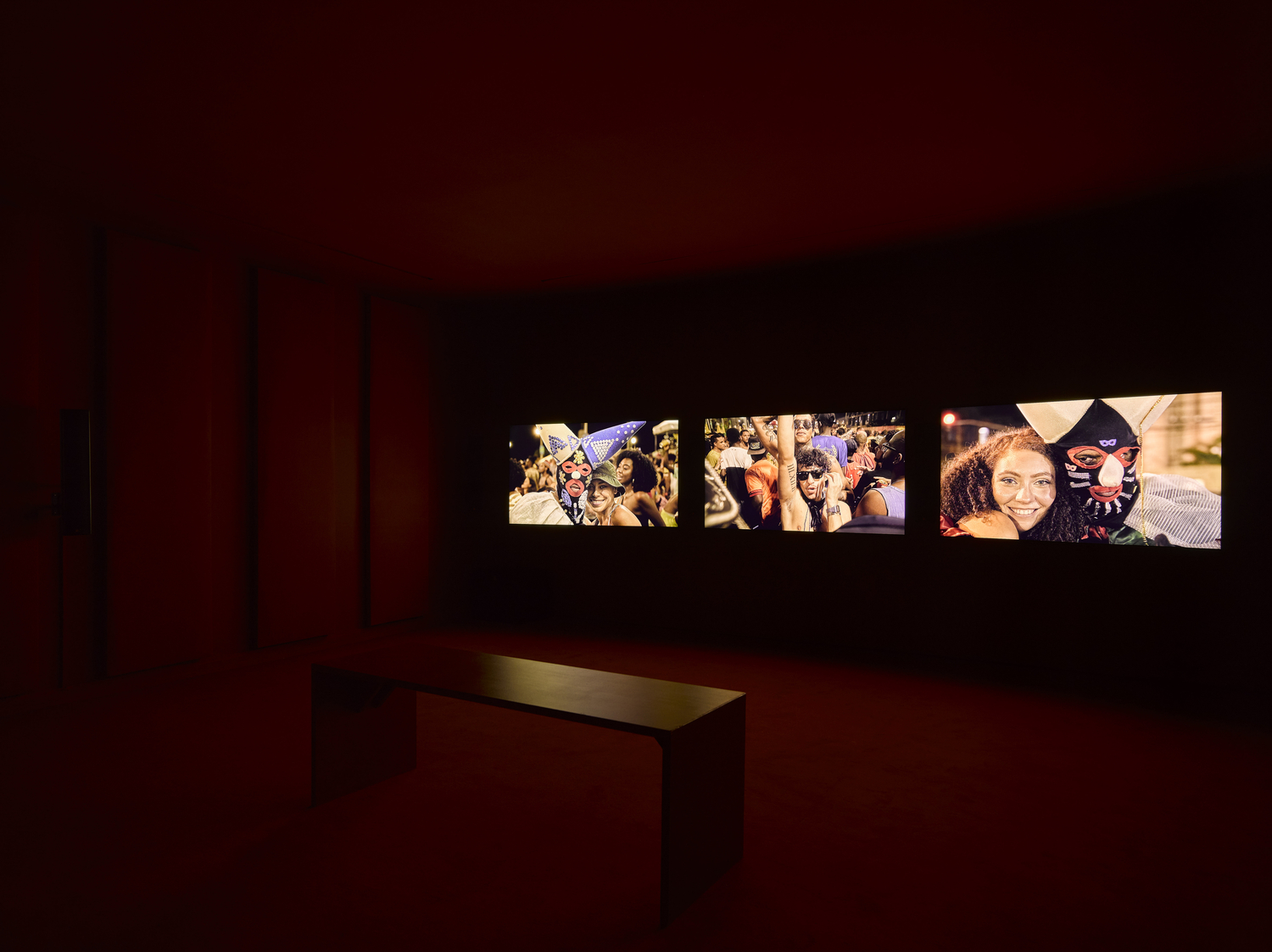 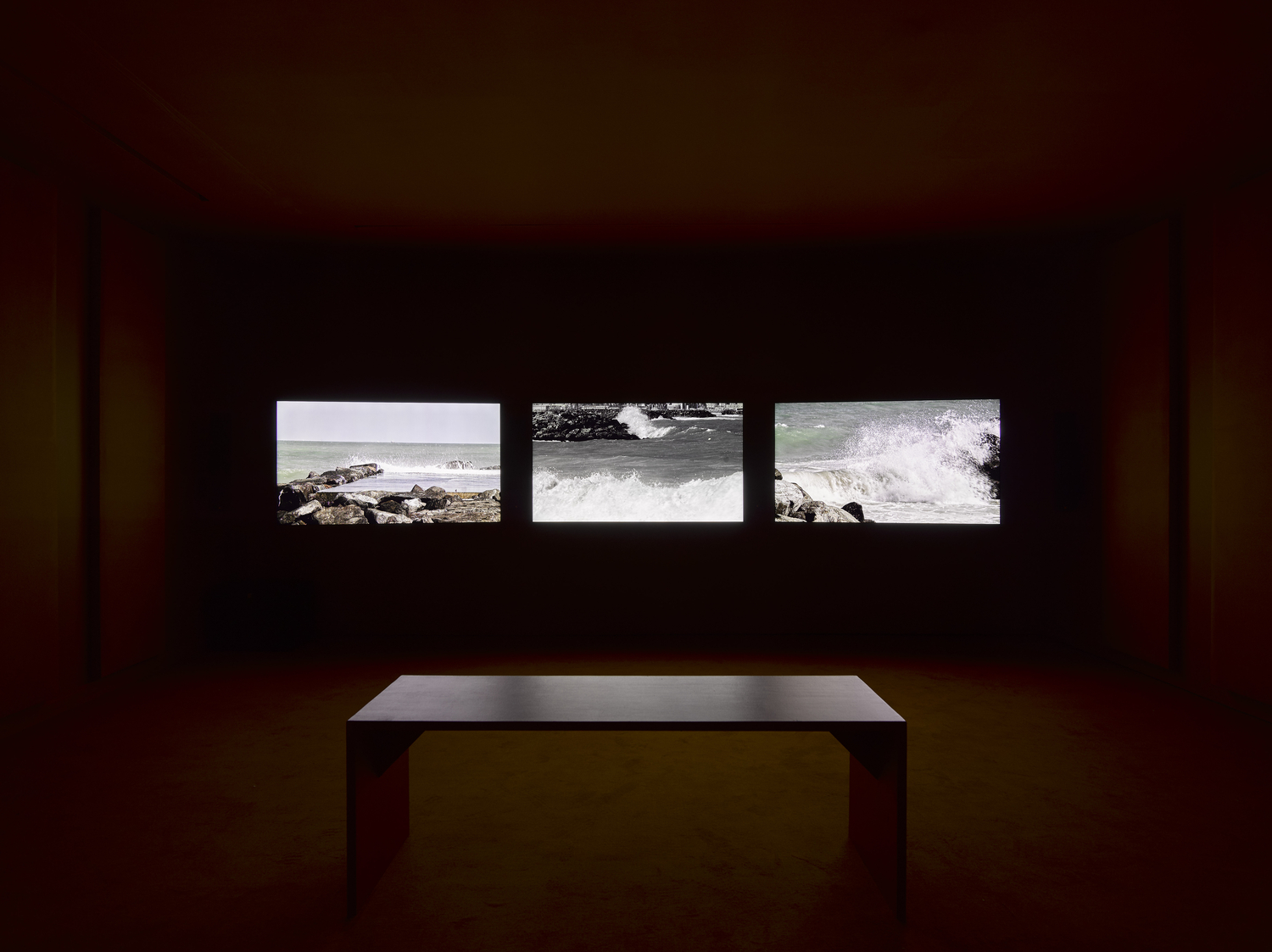 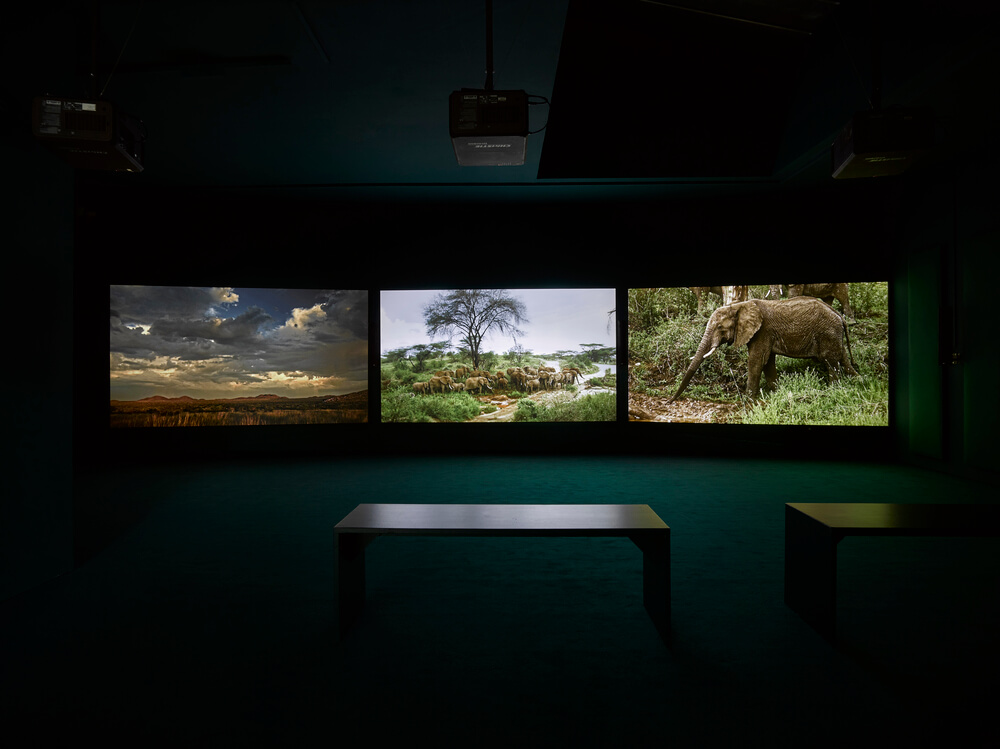 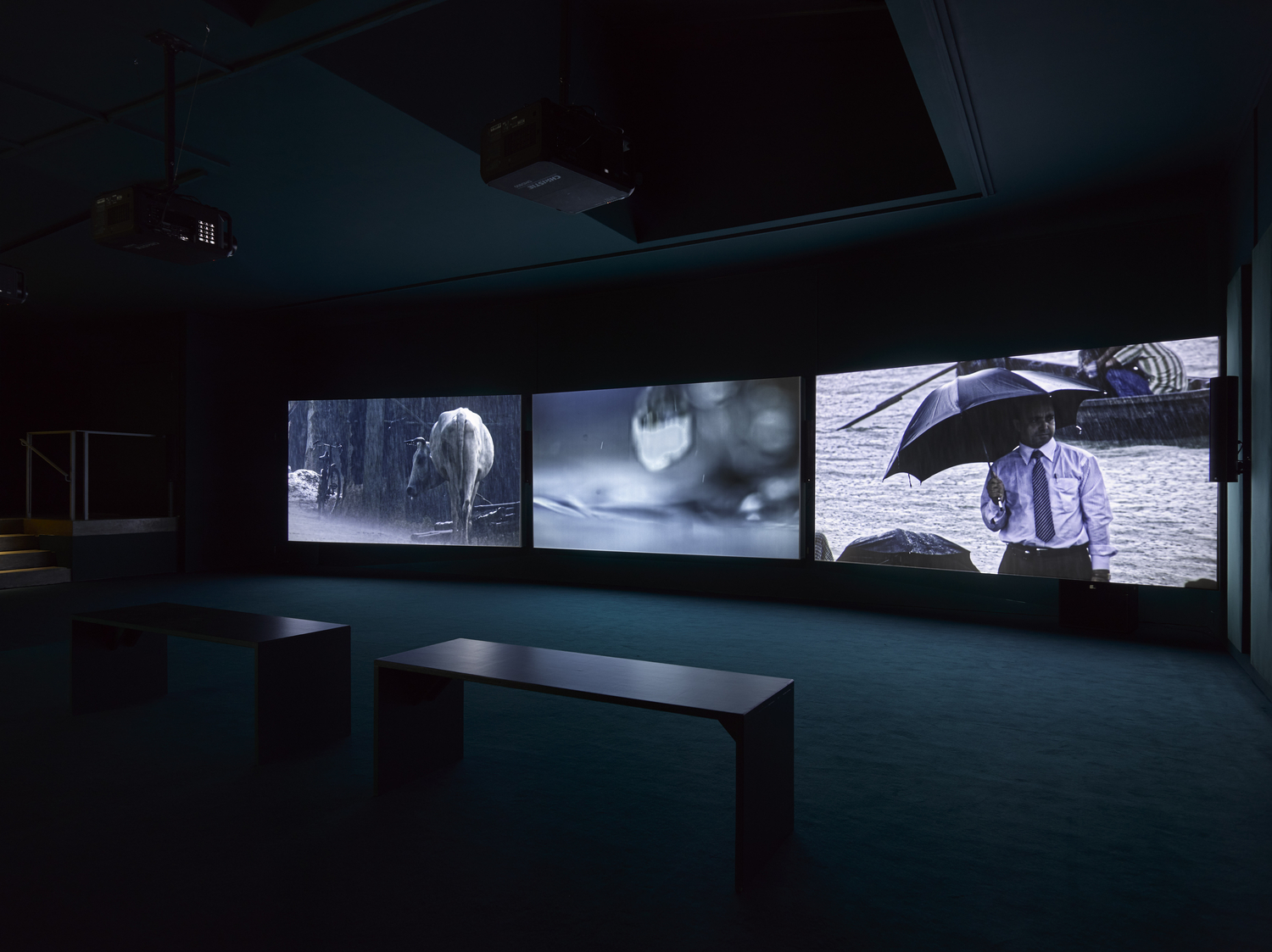 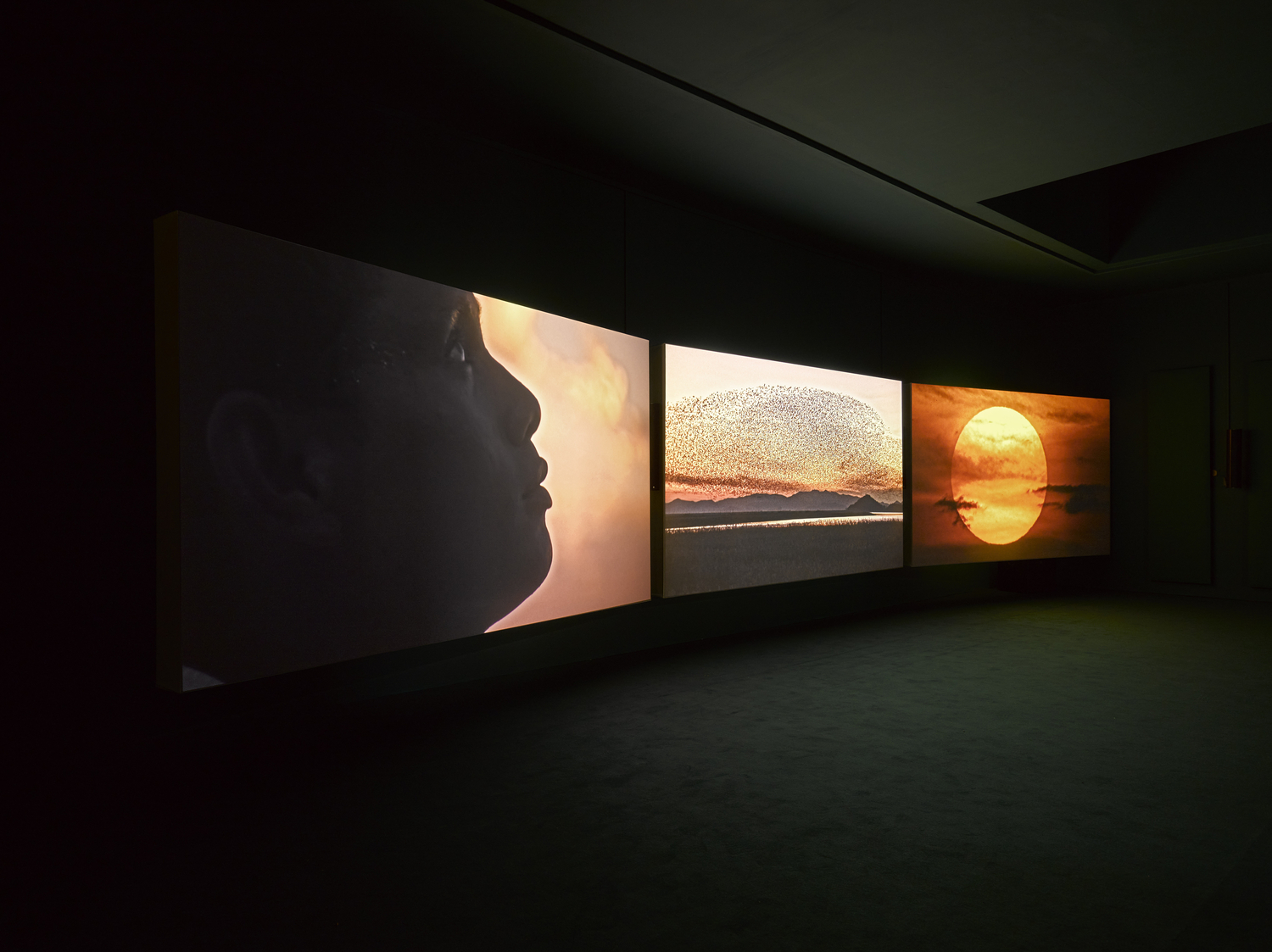 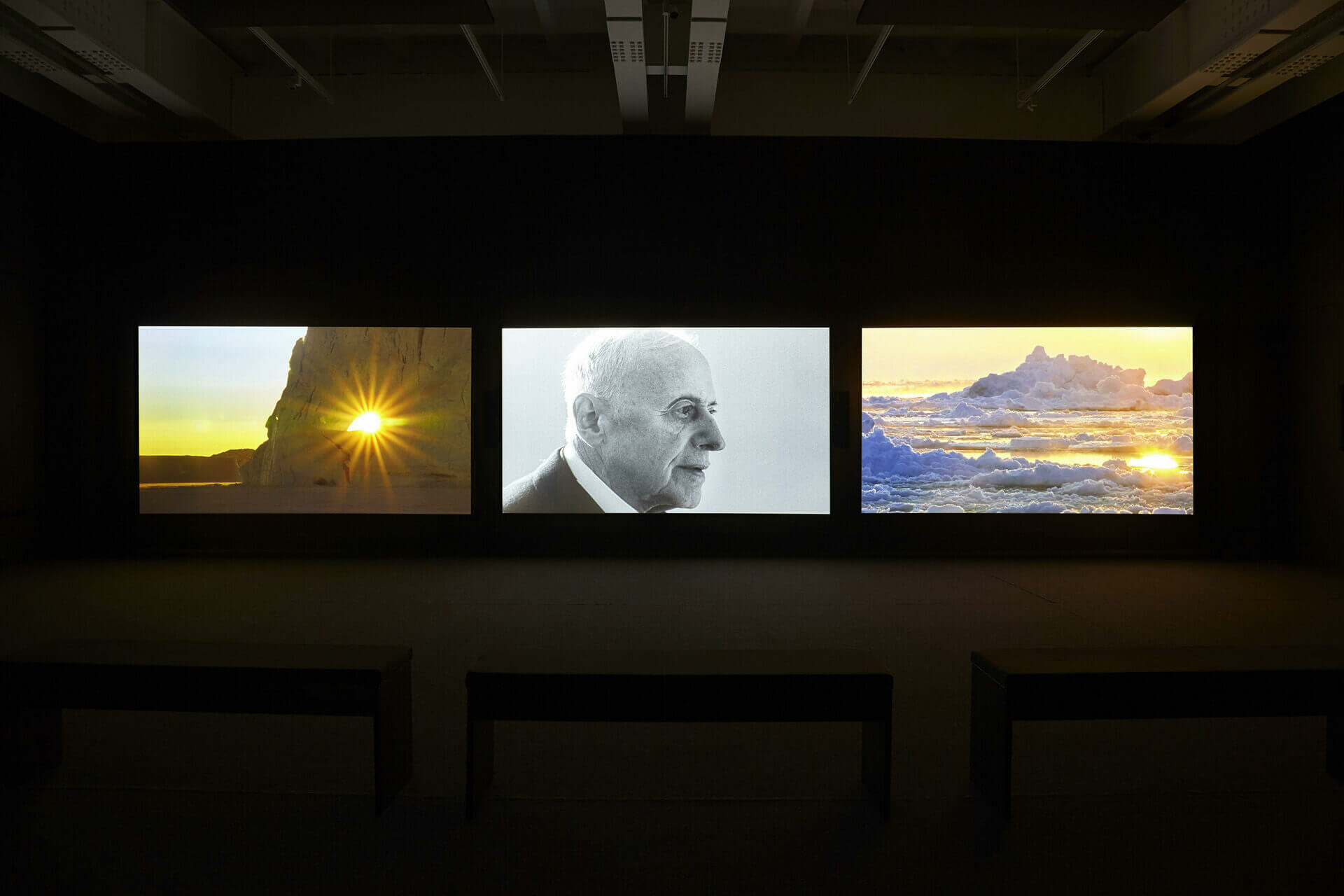 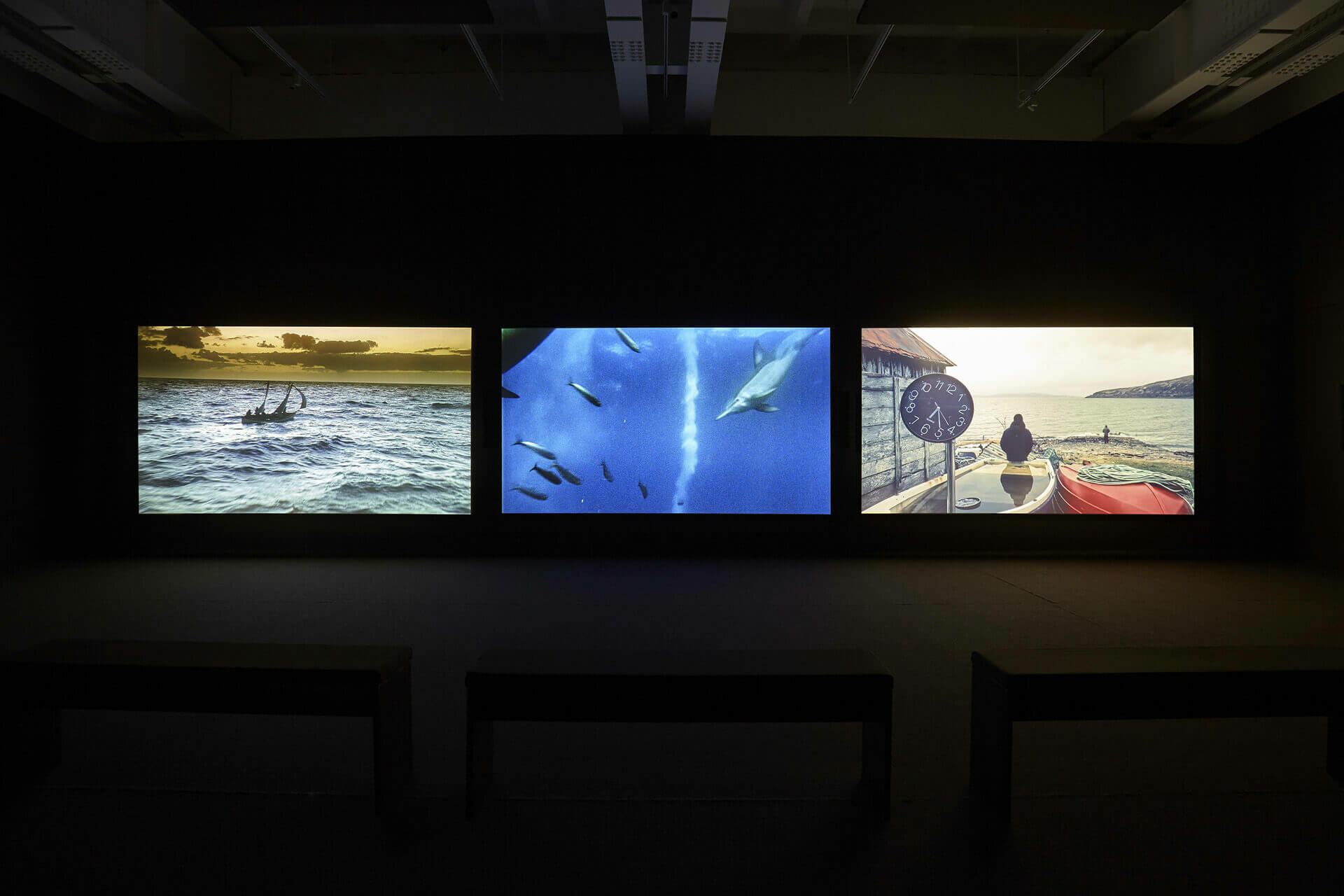 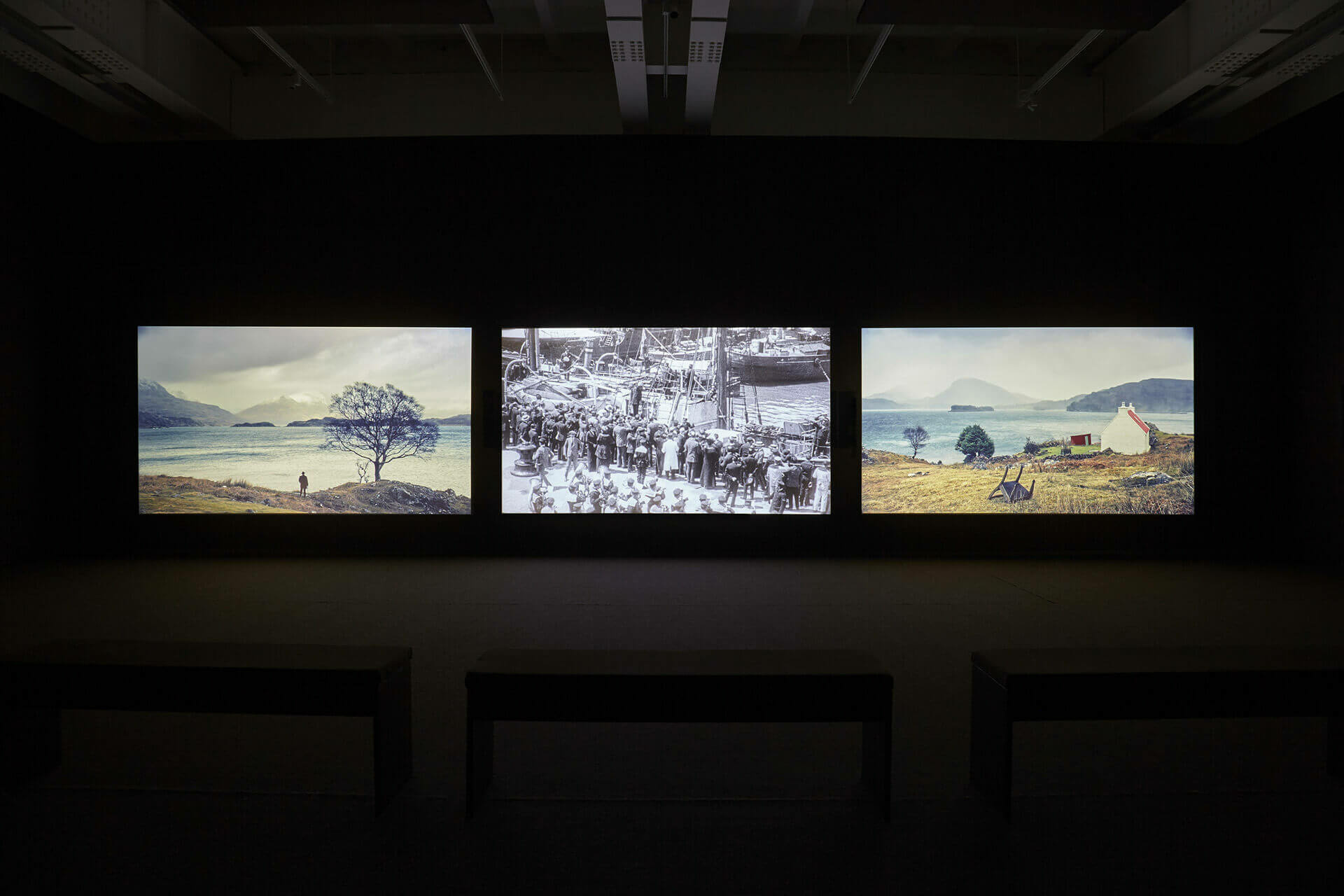 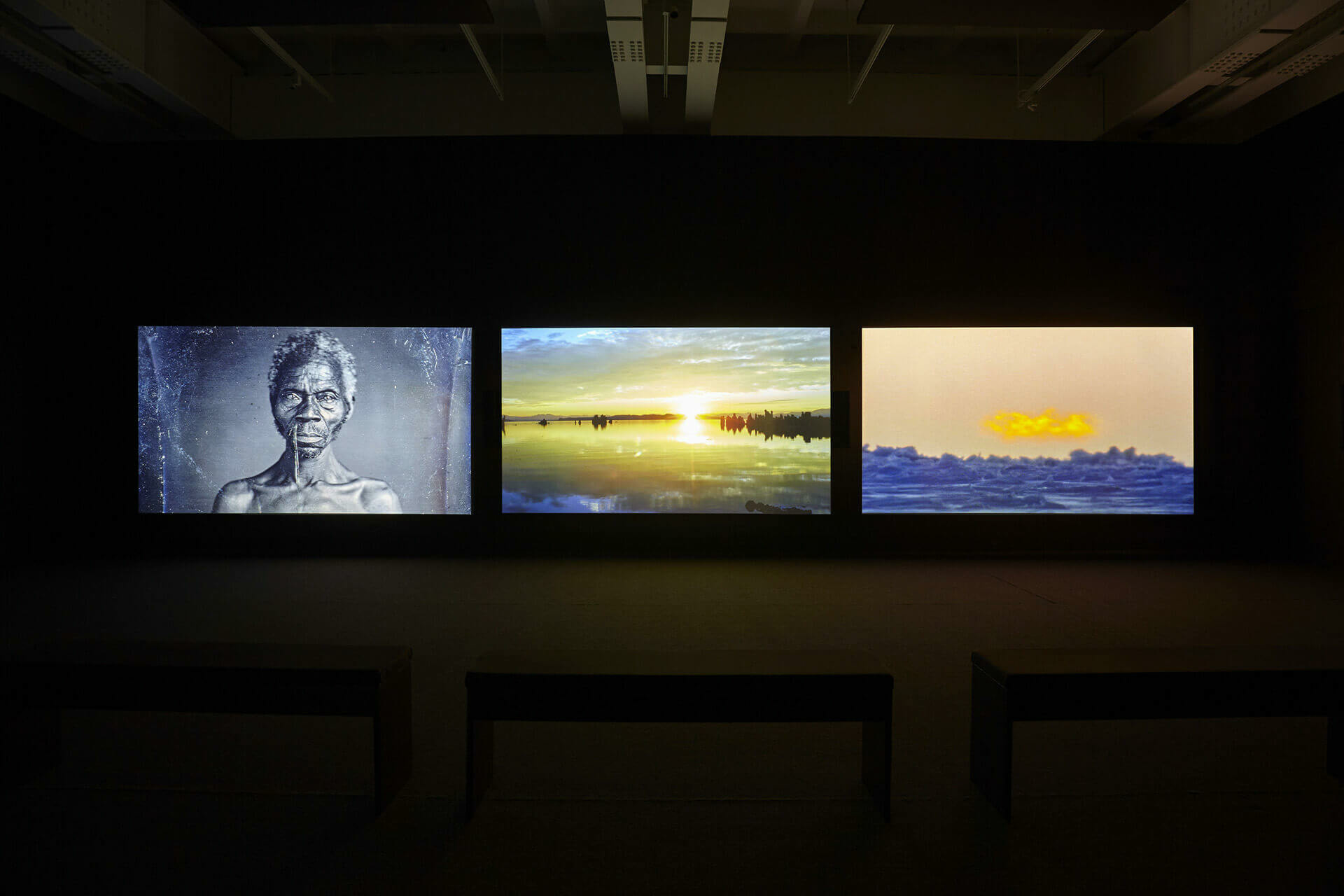