Lawrence Weiner’s texts have appeared in all sorts of places over the last five decades, and although he sees himself as a sculptor rather than a conceptualist, he is among the trailblazers of the 1960s to present art as language. He defines his sculptural medium simply as ‘language + the material referred to’ in the sense that language is a material for construction. Accordingly, his first book Statements (1968) contains 24 typewritten descriptions of works, where only a few had actually been made, suggesting that a work’s existence requires a readership rather than a physical presence. Self-taught as an artist, his urgency to make art broadly available and engaging stems, he says, from his childhood in the South Bronx: “I didn’t have the advantage of a middle-class perspective. Art was something else; art was the notations on the wall, or the messages left by other people. I grew up in a city where I had read the walls; I still read the walls. I love to put work of mine out on the walls and let people read it. Some will remember it and then somebody else comes along and puts something else over it. It becomes archaeology rather than history.” (2013) While Weiner's works exist only as language and can be displayed in any form, he is closely involved in manifestations, detailing the size of the font, the surface texture and placement of the paint or vinyl letters and indeed often inventing new fonts. Texts appear on walls and windows of galleries and public spaces, as spoken word in audio recordings and video, printed books and posters, cast or carved objects, tattoos, graffiti, lyrics, online, ad infinitum. 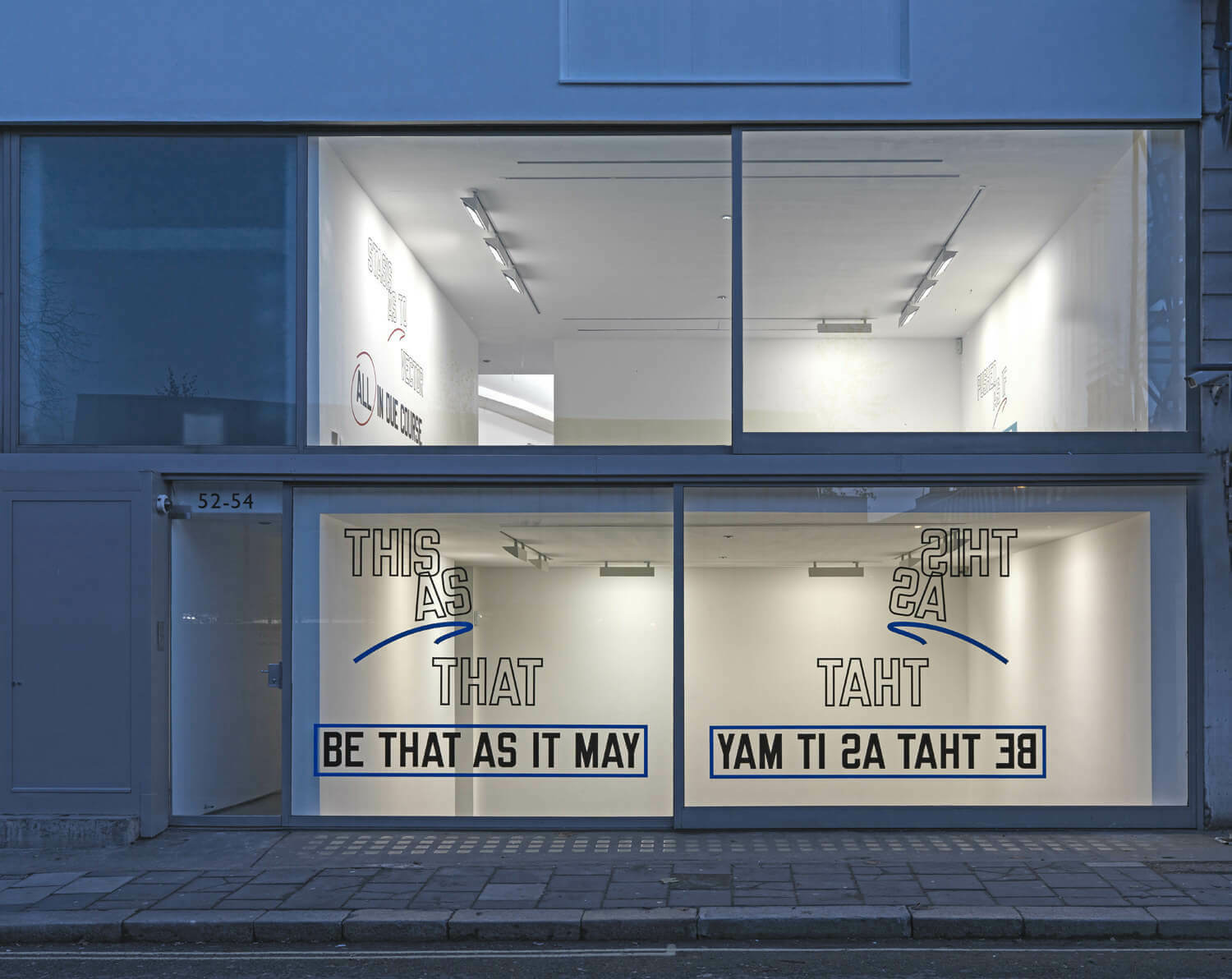 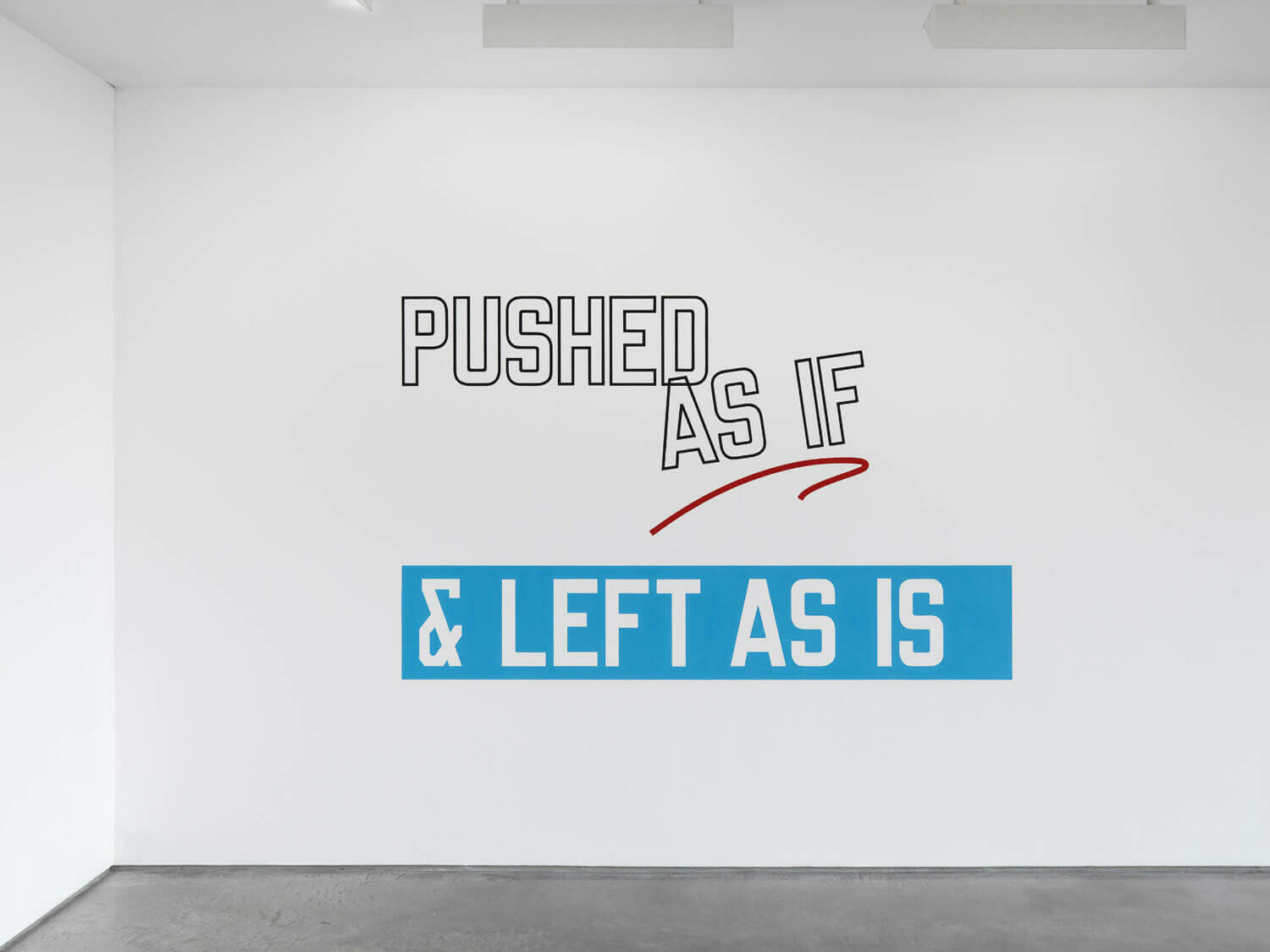 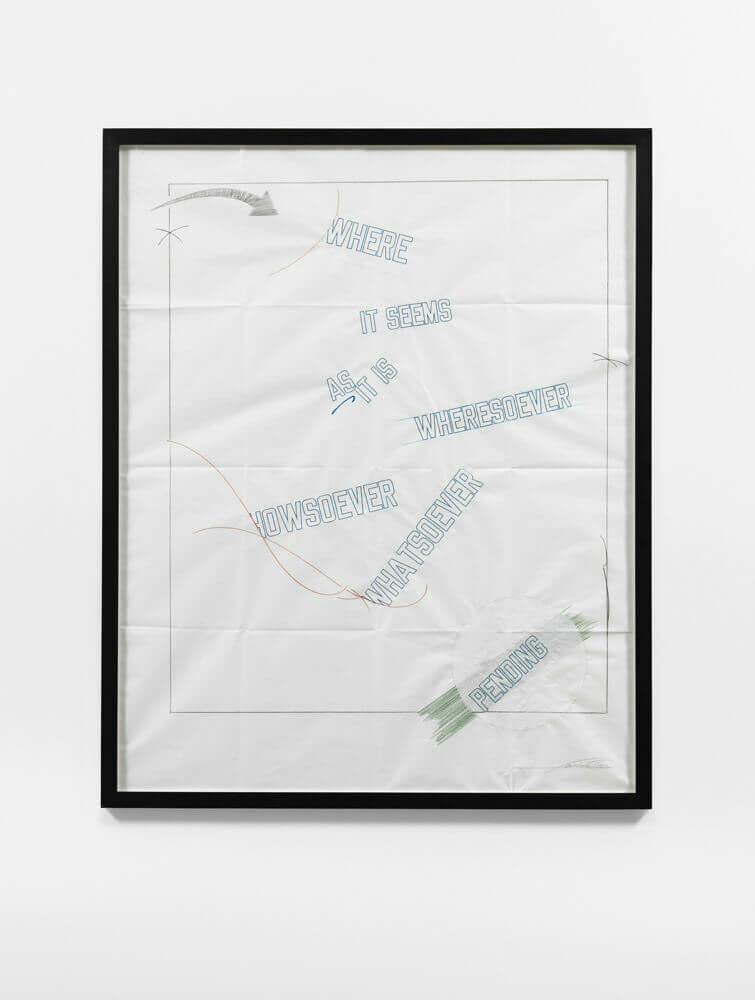 
Ink, pencil and pastel on paper 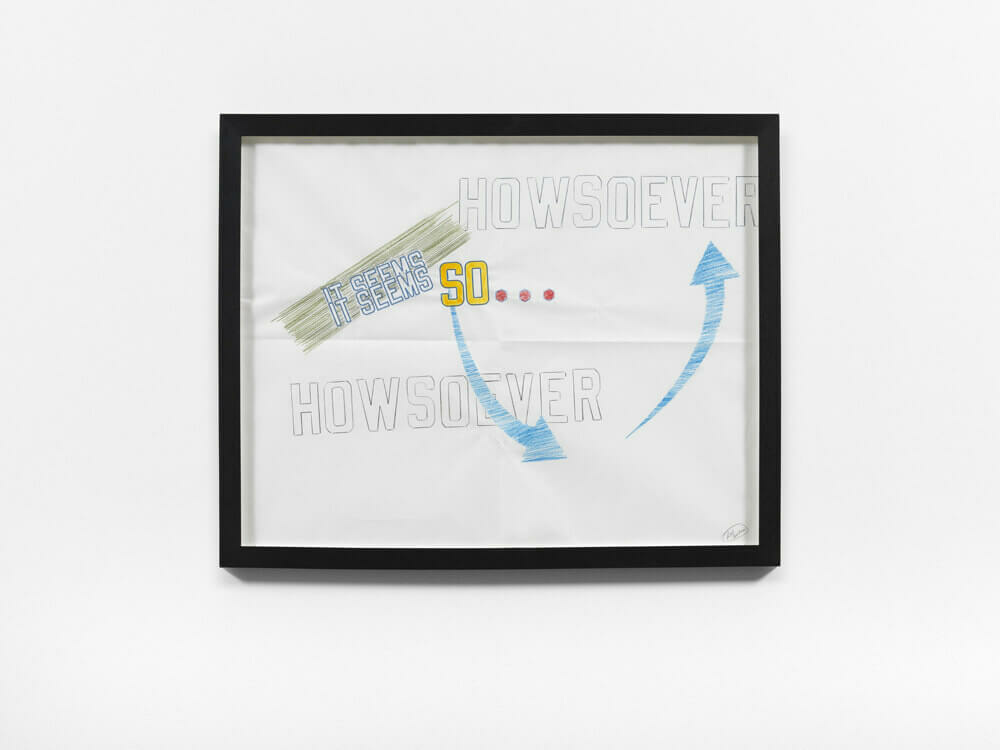 Lawrence Weiner
HOWSOEVER IT SEEMS IT SEEMS SO HOWSOEVER
2012


Ink, pencil and pastel on paper 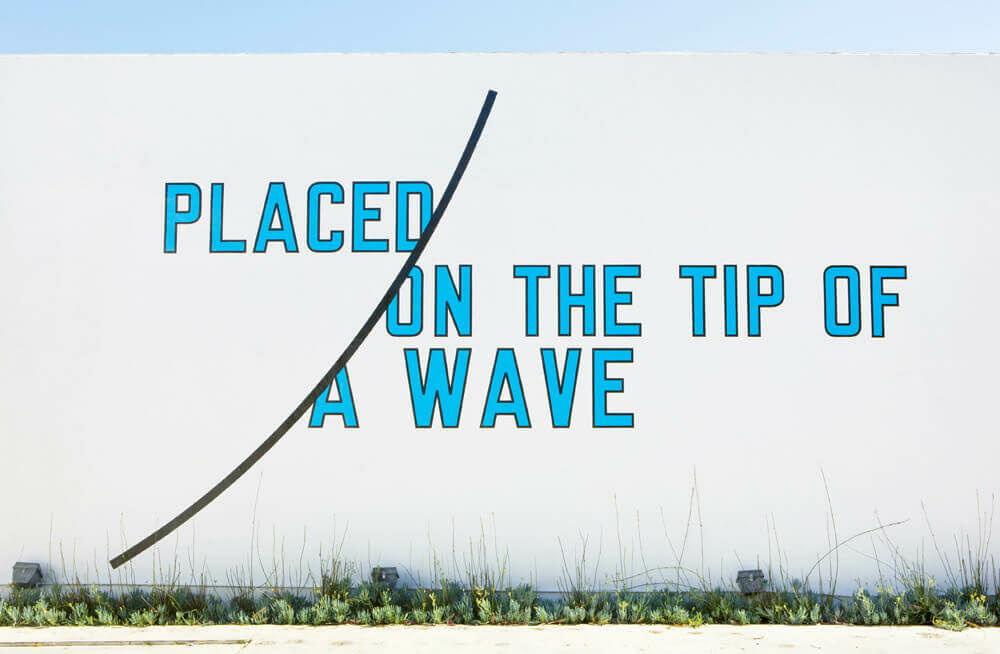 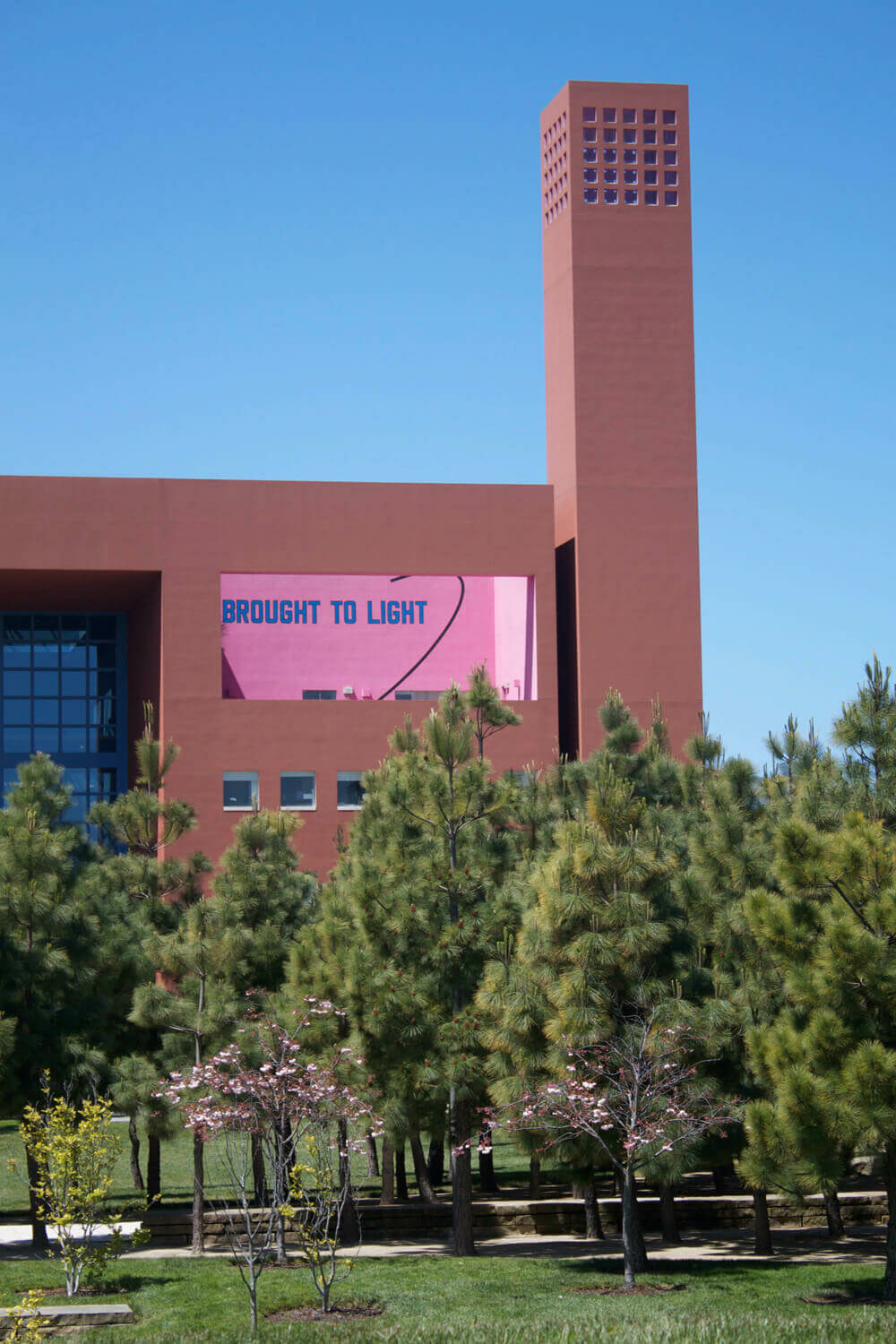 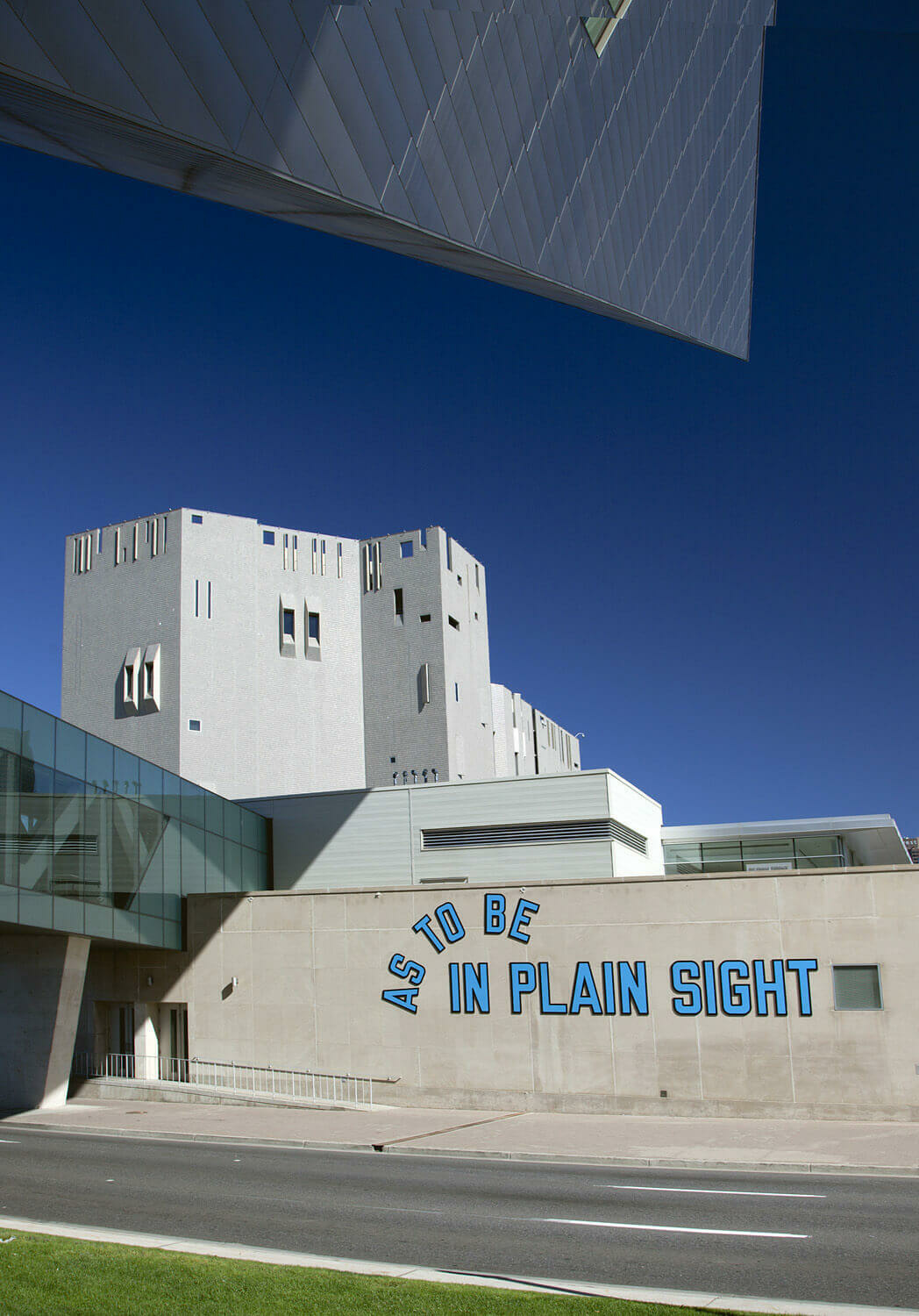 Lawrence Weiner
Outdoor commission of AS TO BE IN PLAIN SIGHT at the Denver Art Museum, Colorado
2011
- 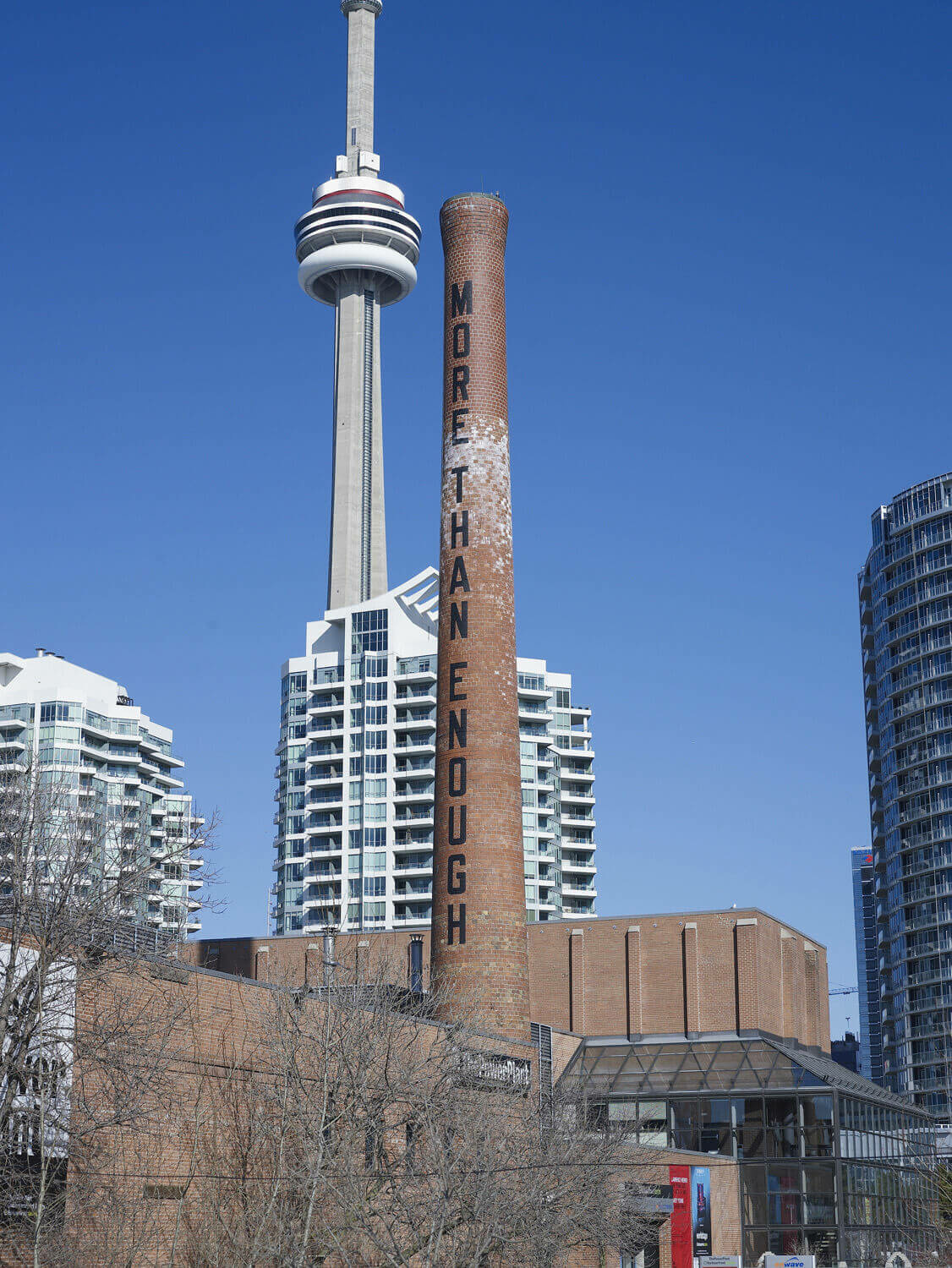 Lawrence Weiner
Installation view of The Other Side Of Cul-De-Sac exhibition and commission at The Power Plant, Toronto
2009
- 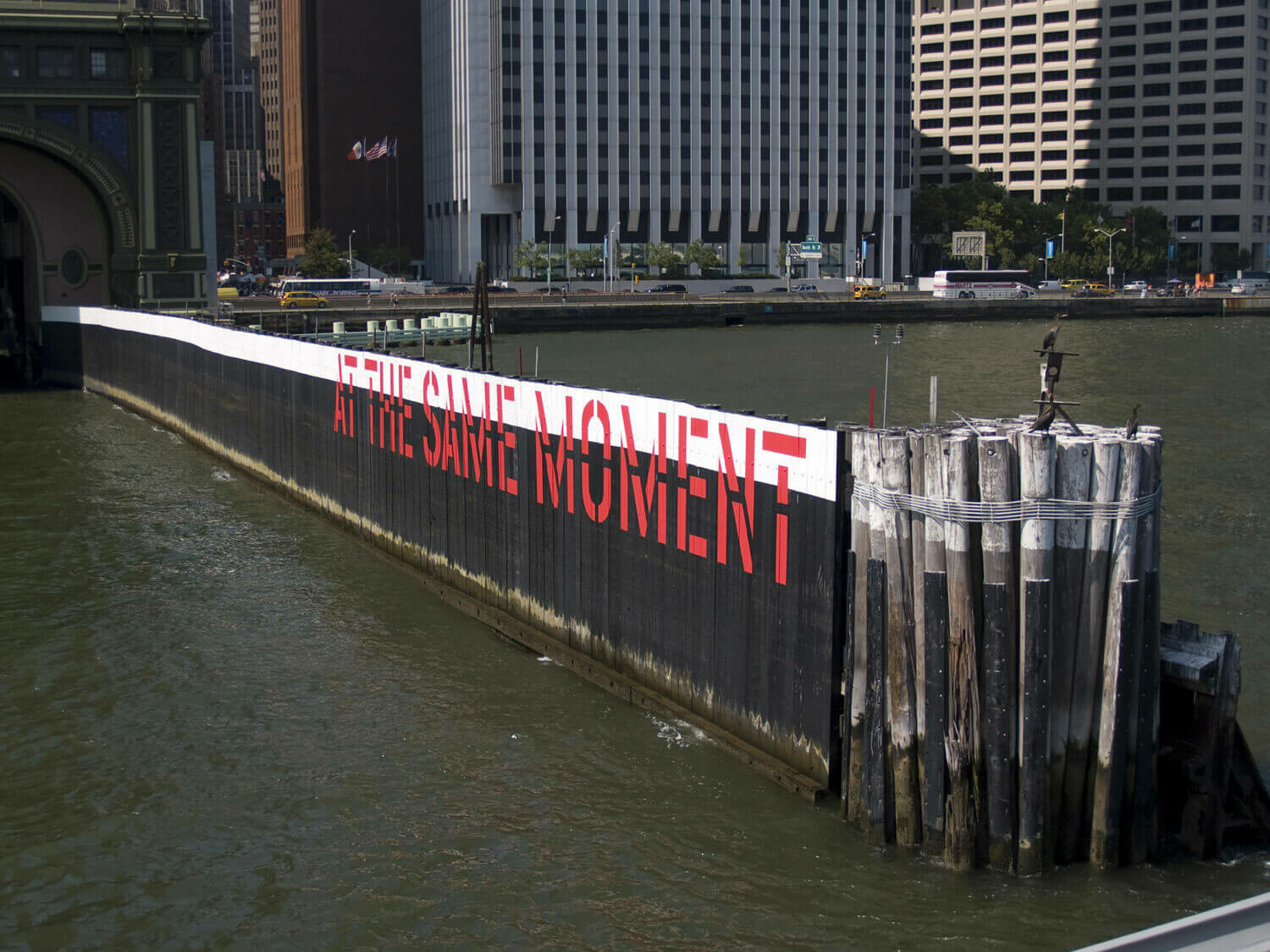 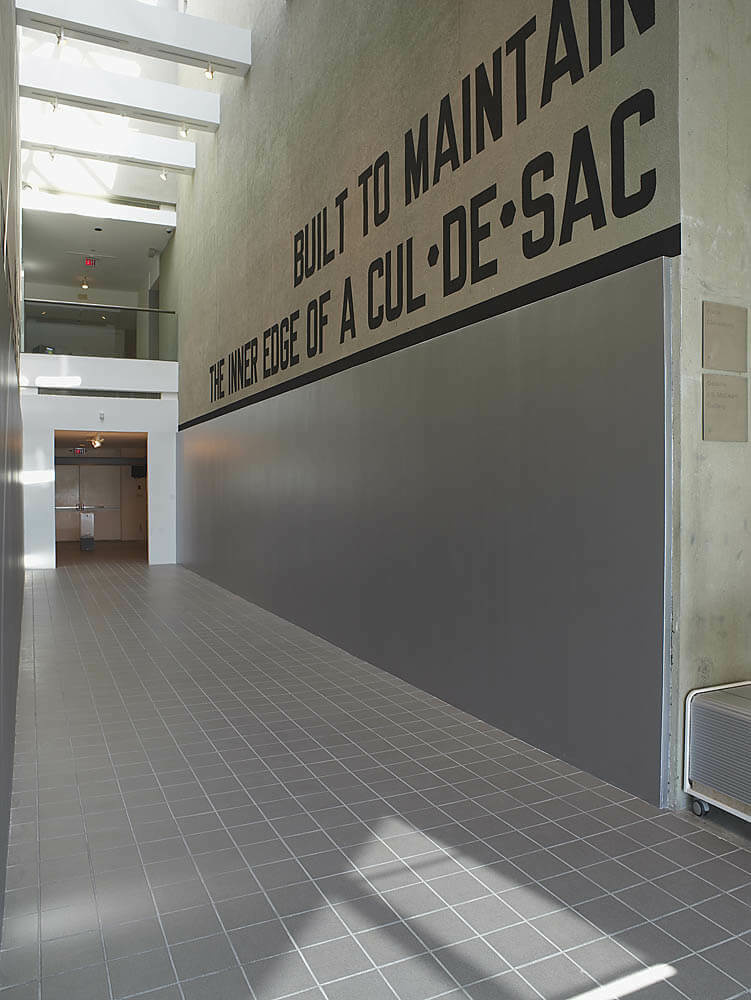 
language and materials referred to 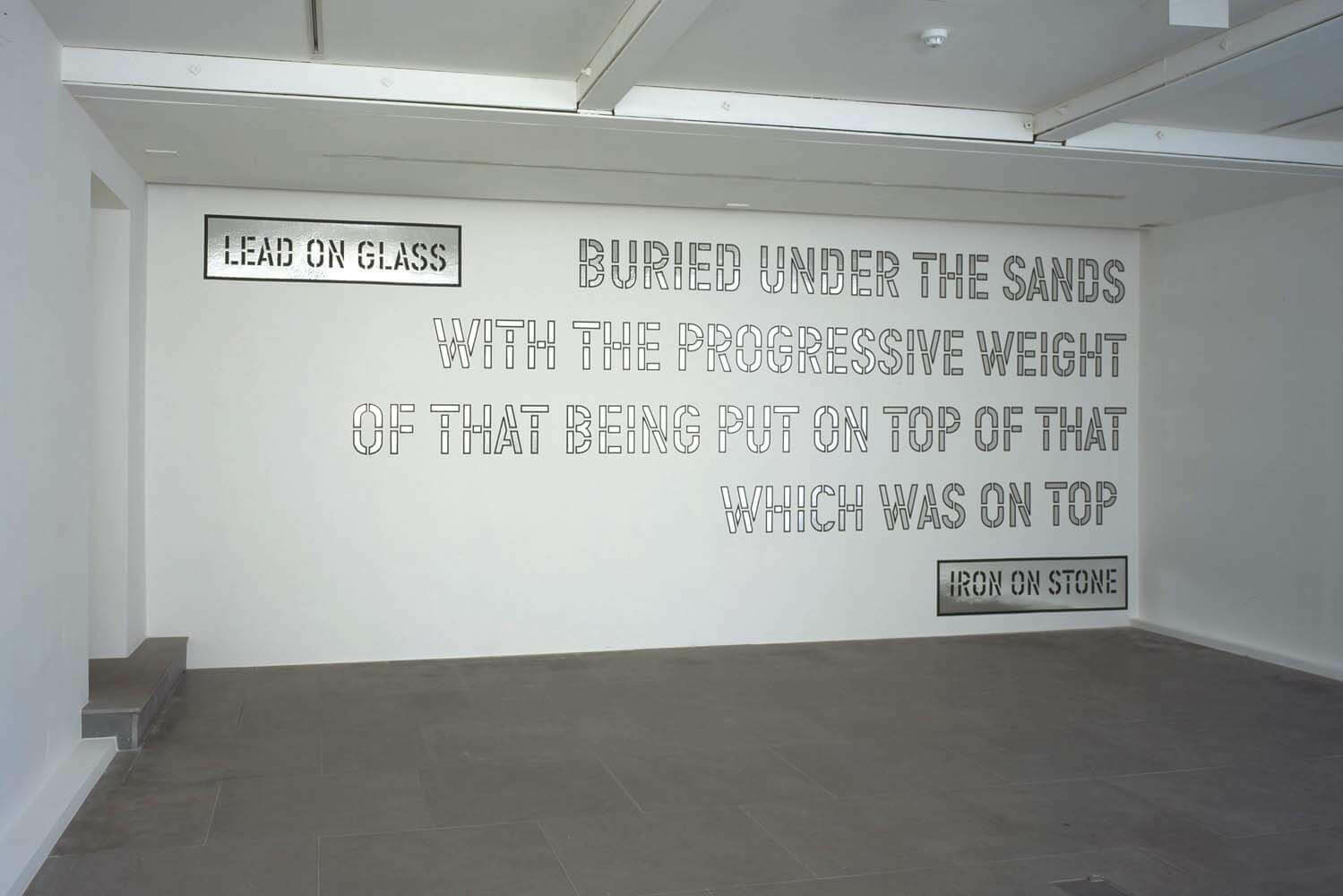 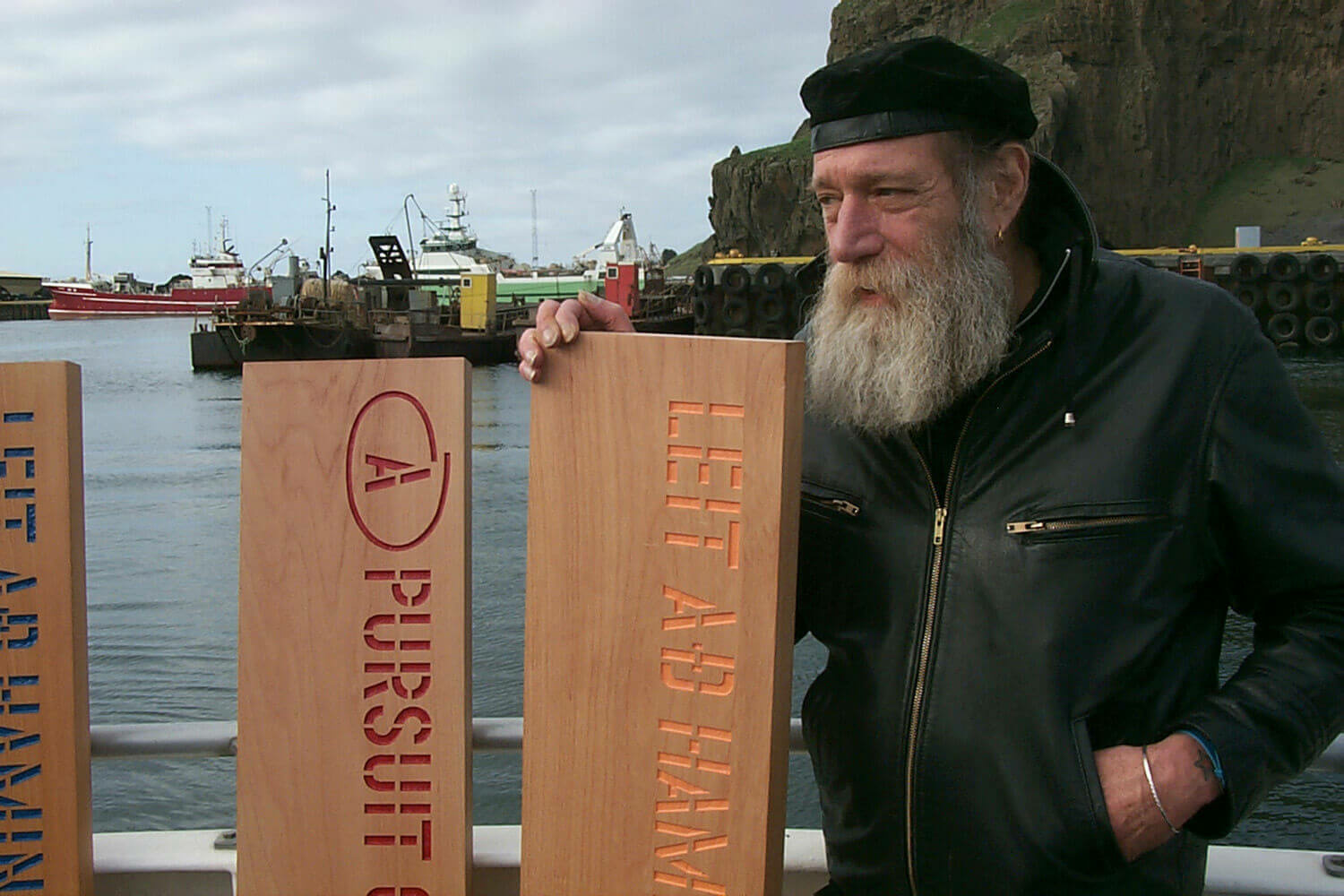 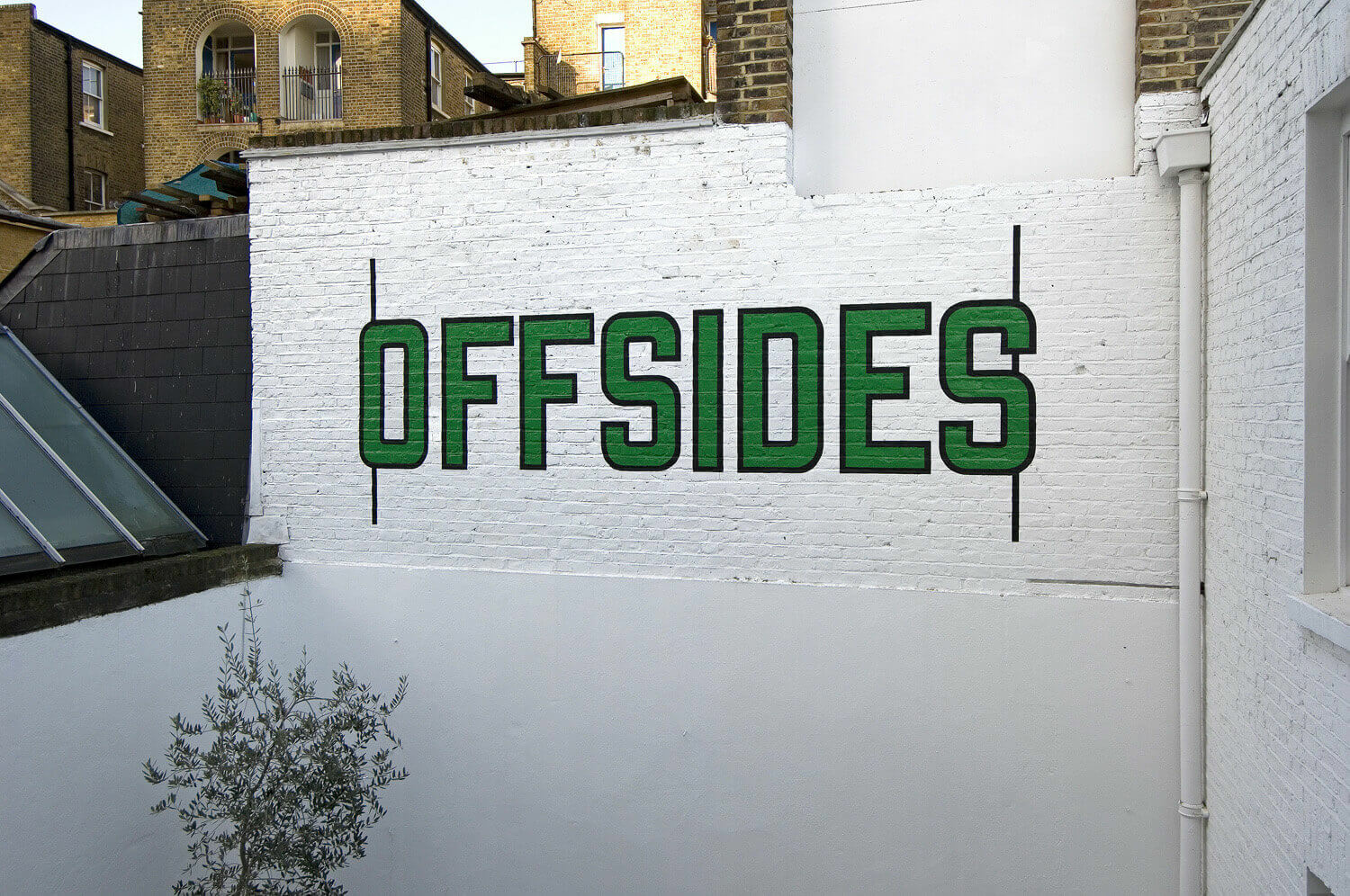 
Language and the materials referred to
Variable 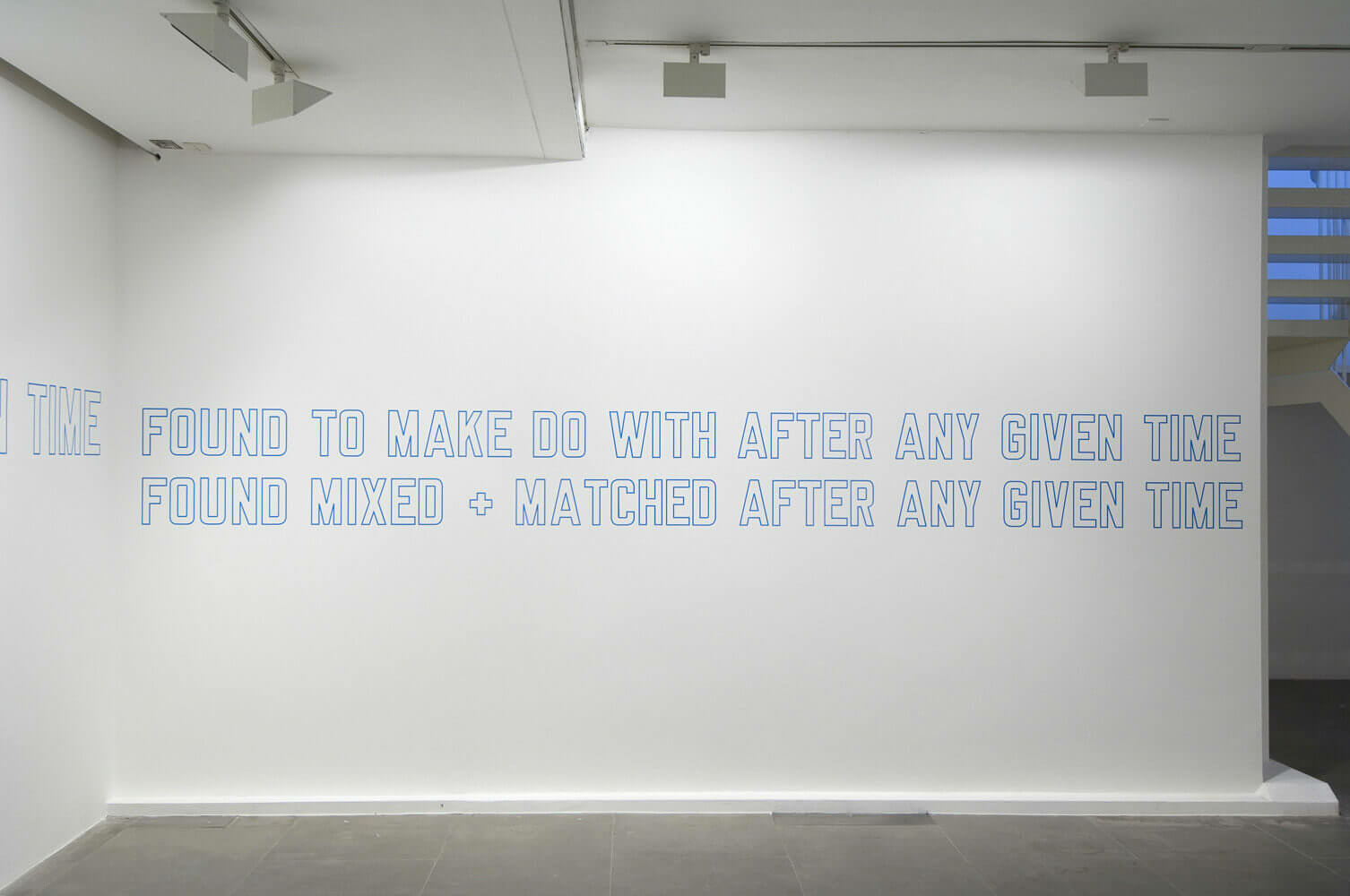 Lawrence Weiner
FOUND ALONE AFTER ANY GIVEN TIME
2001 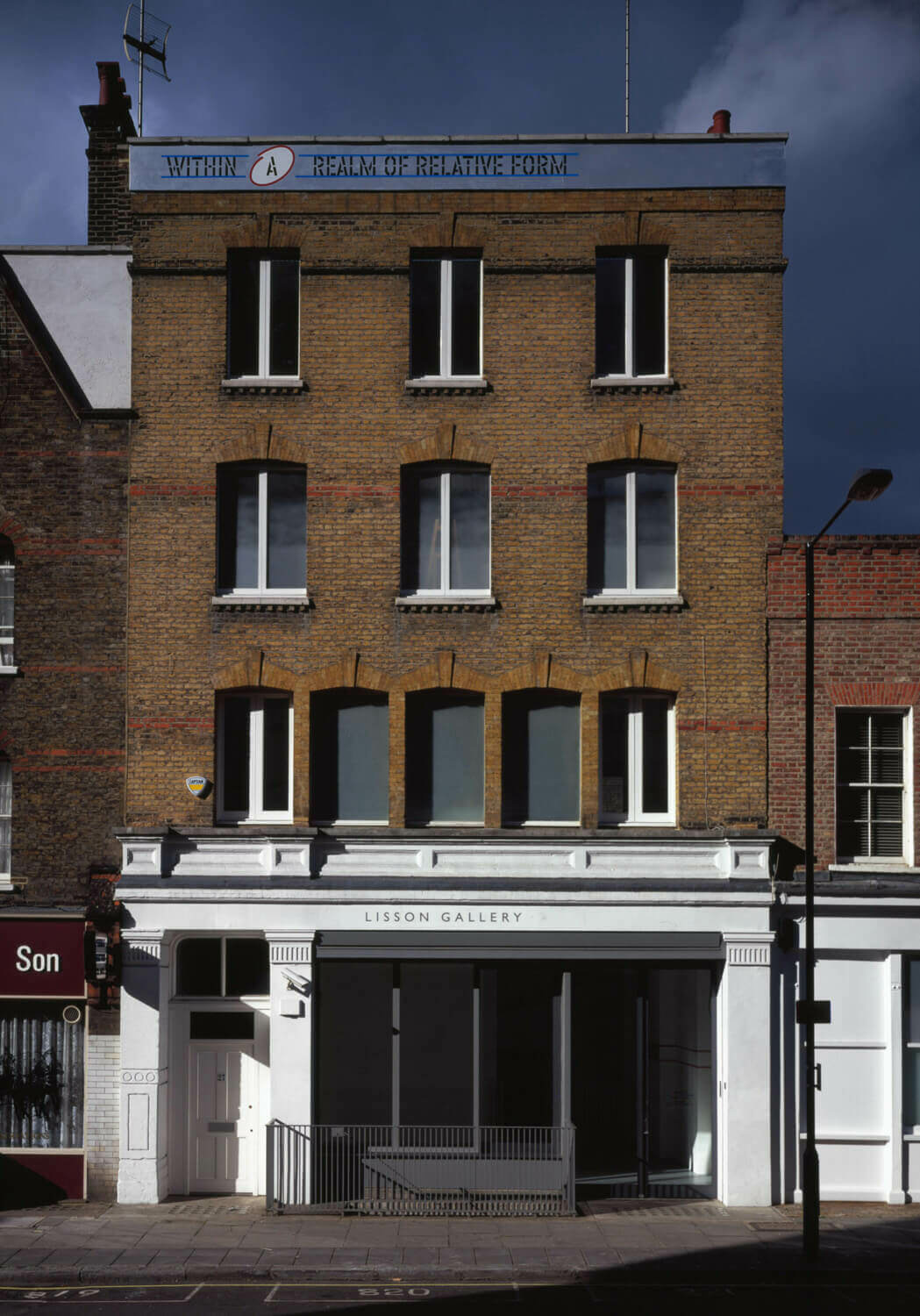 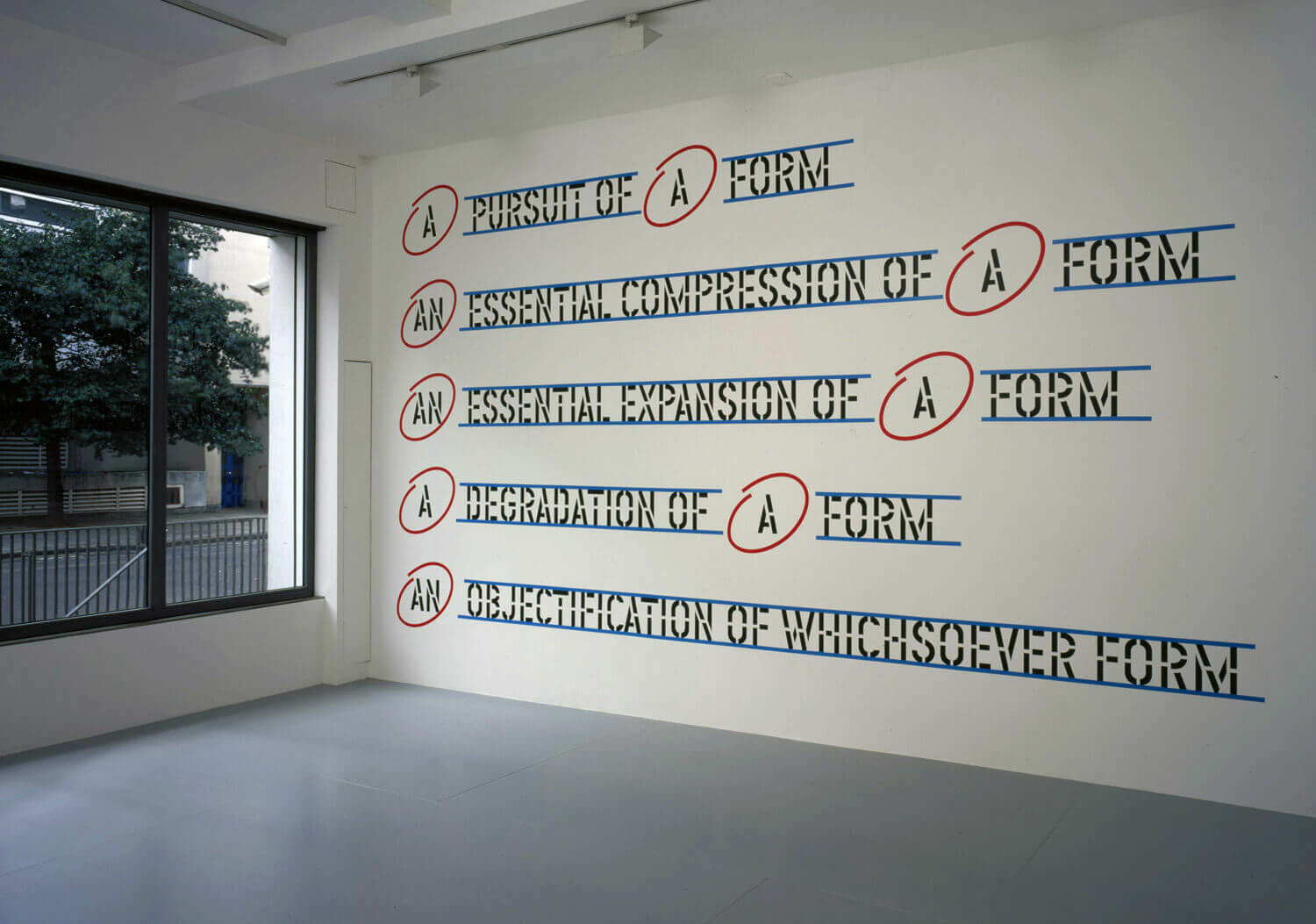 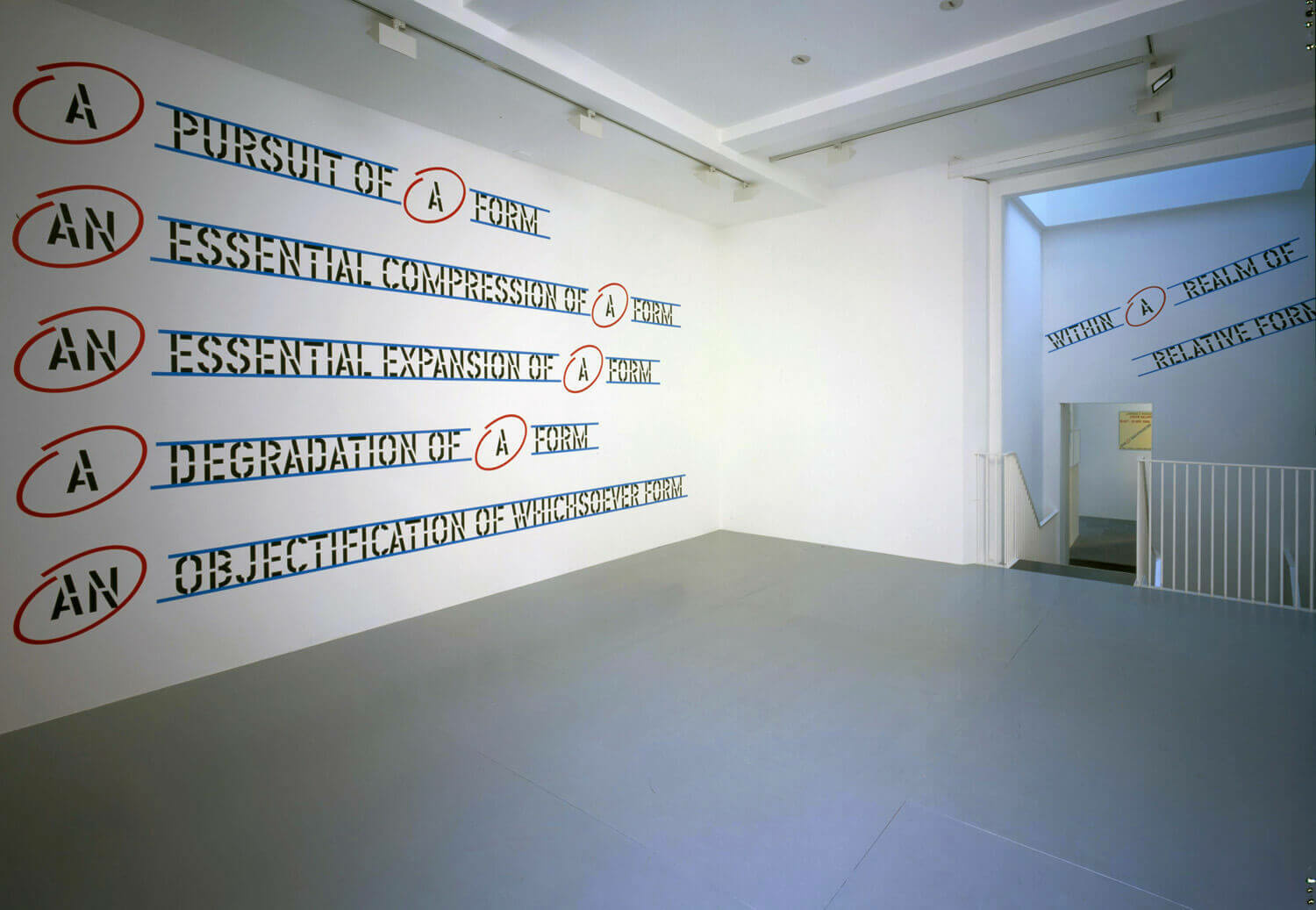 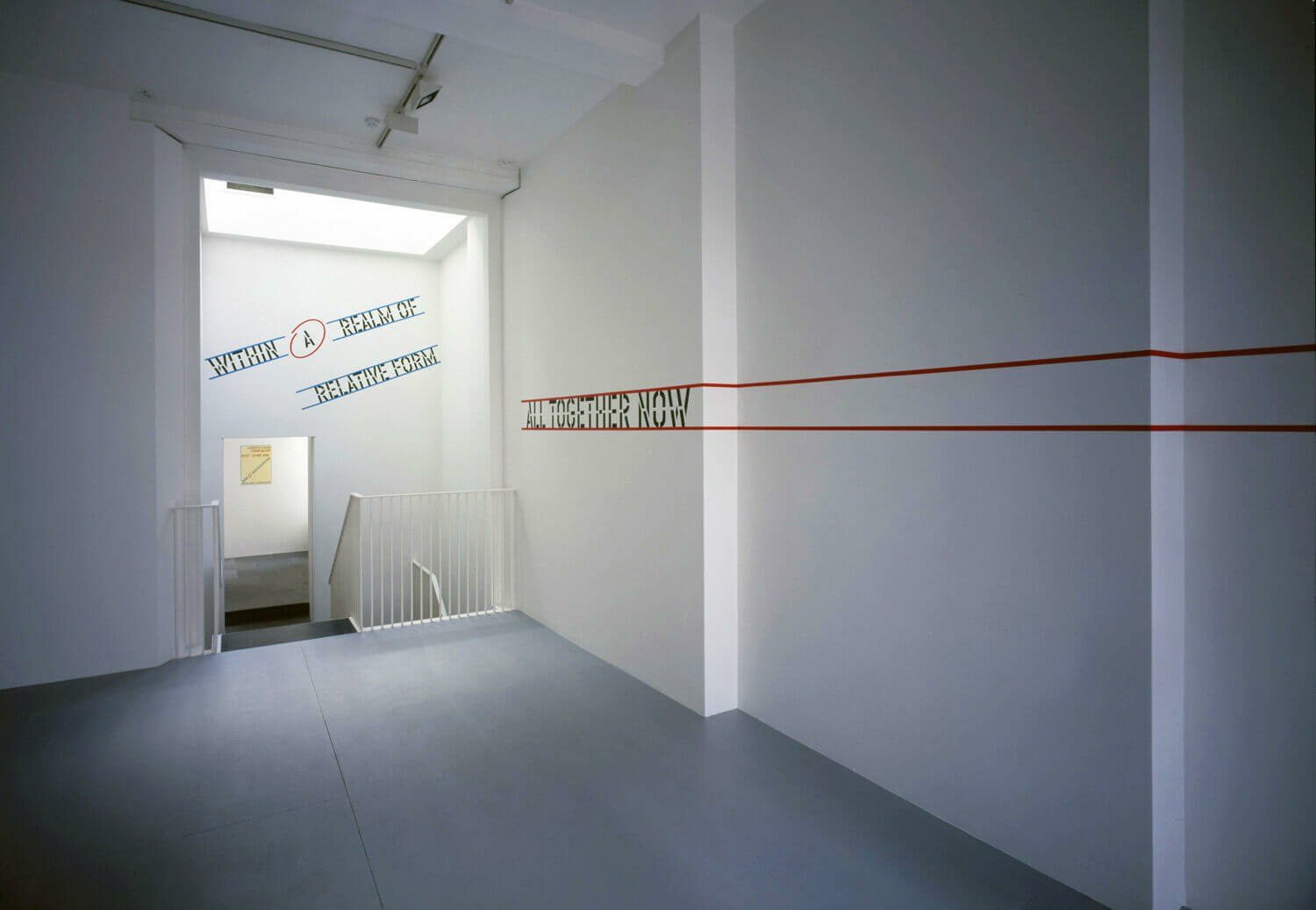 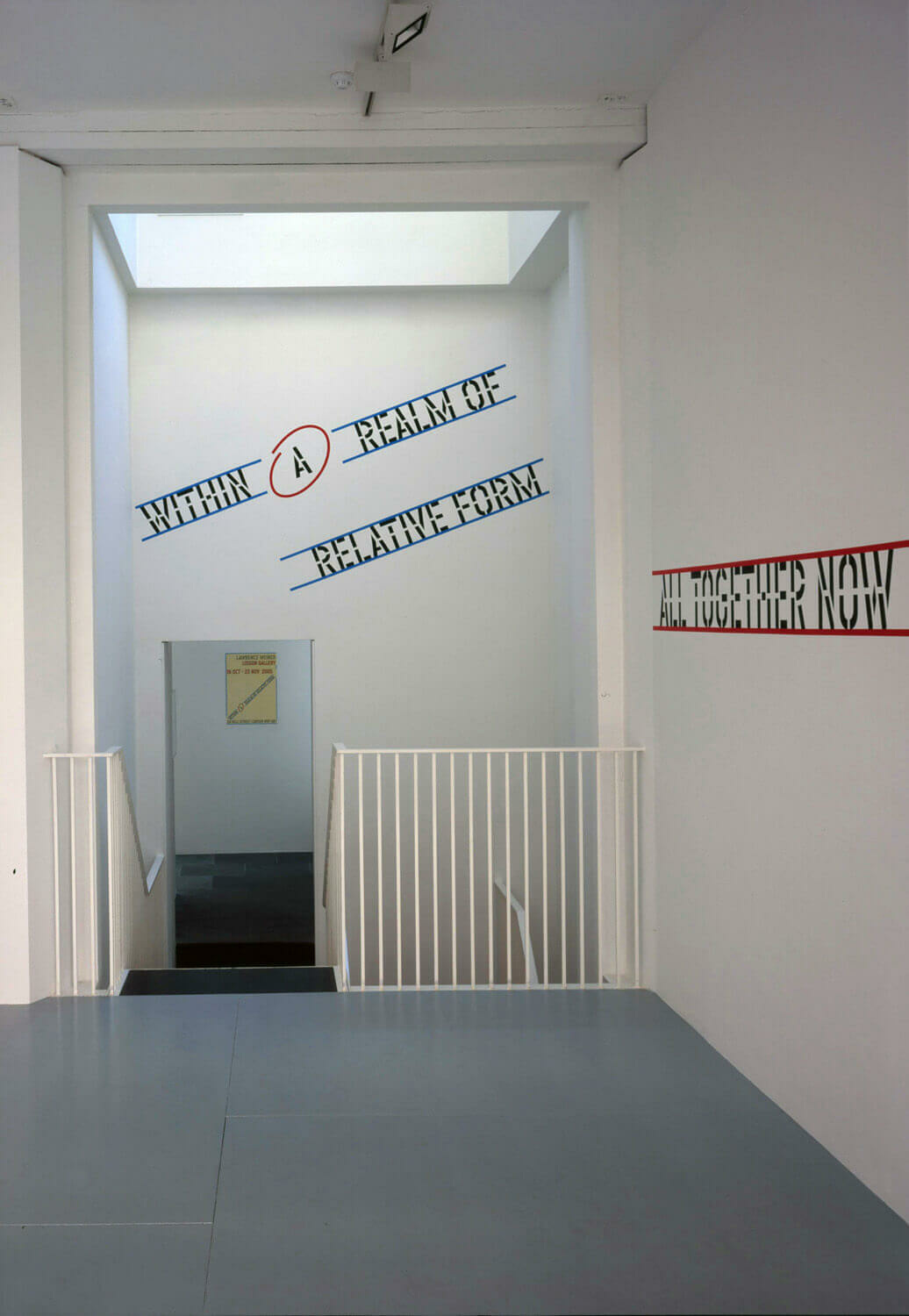 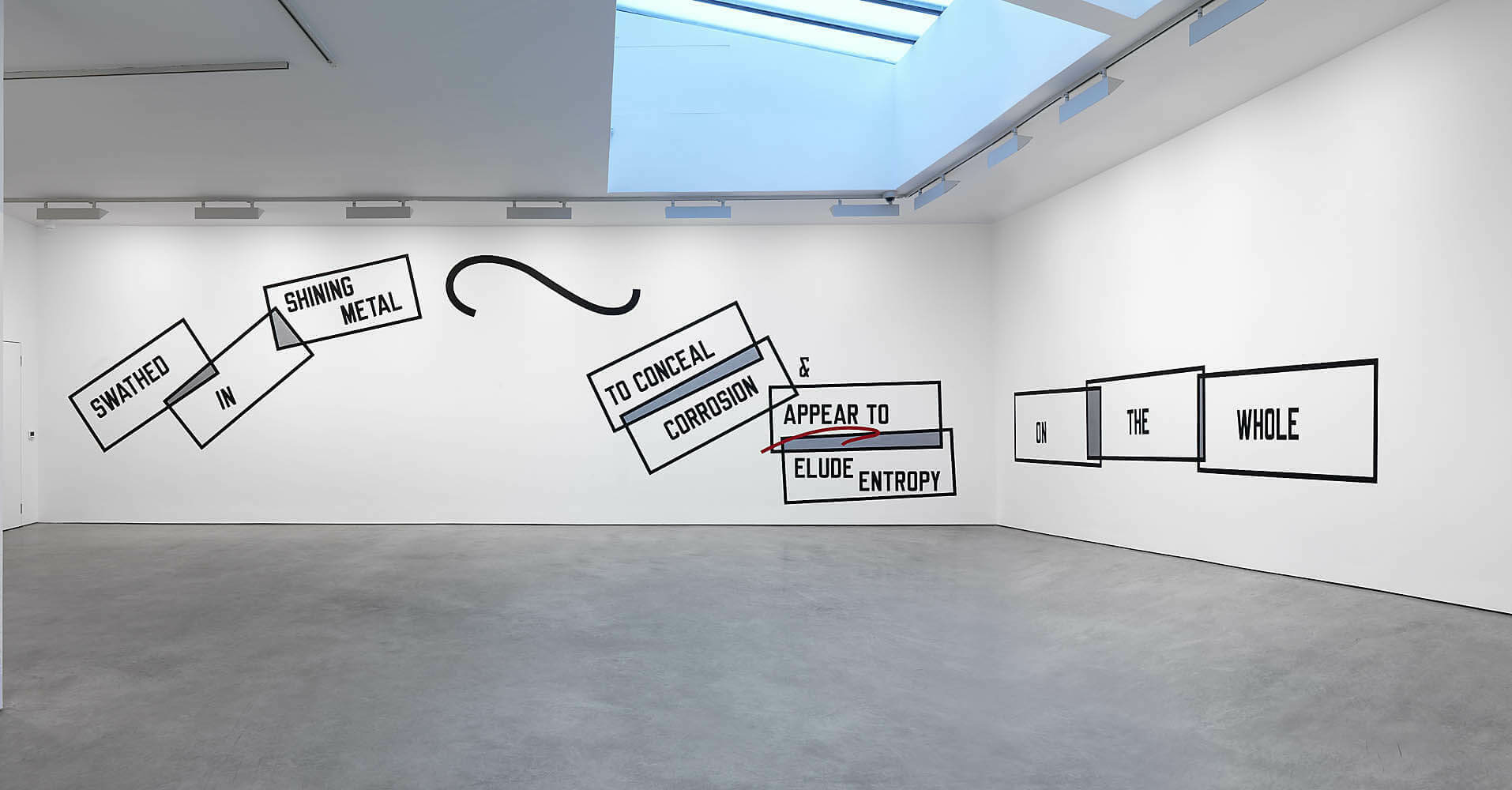 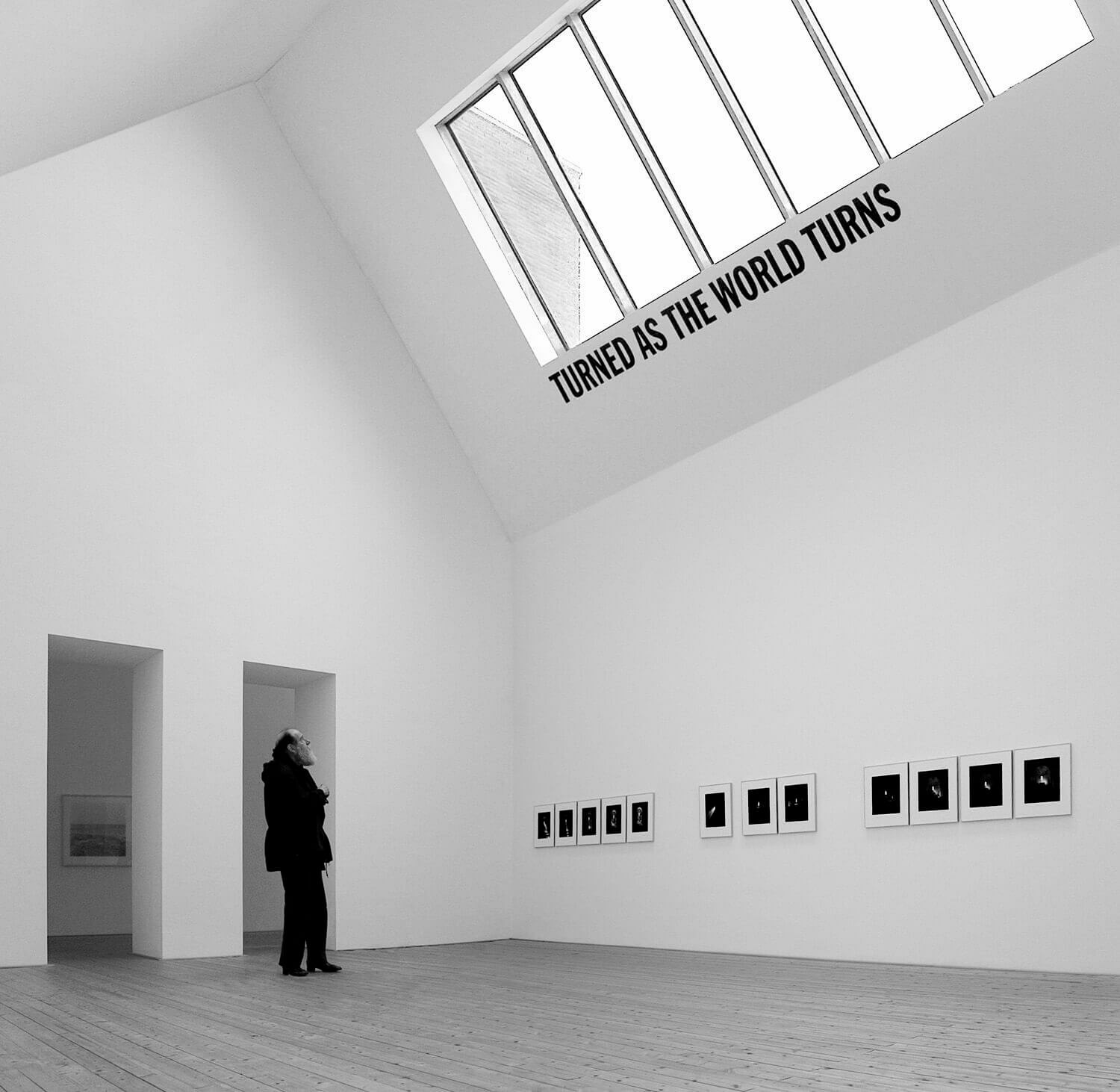 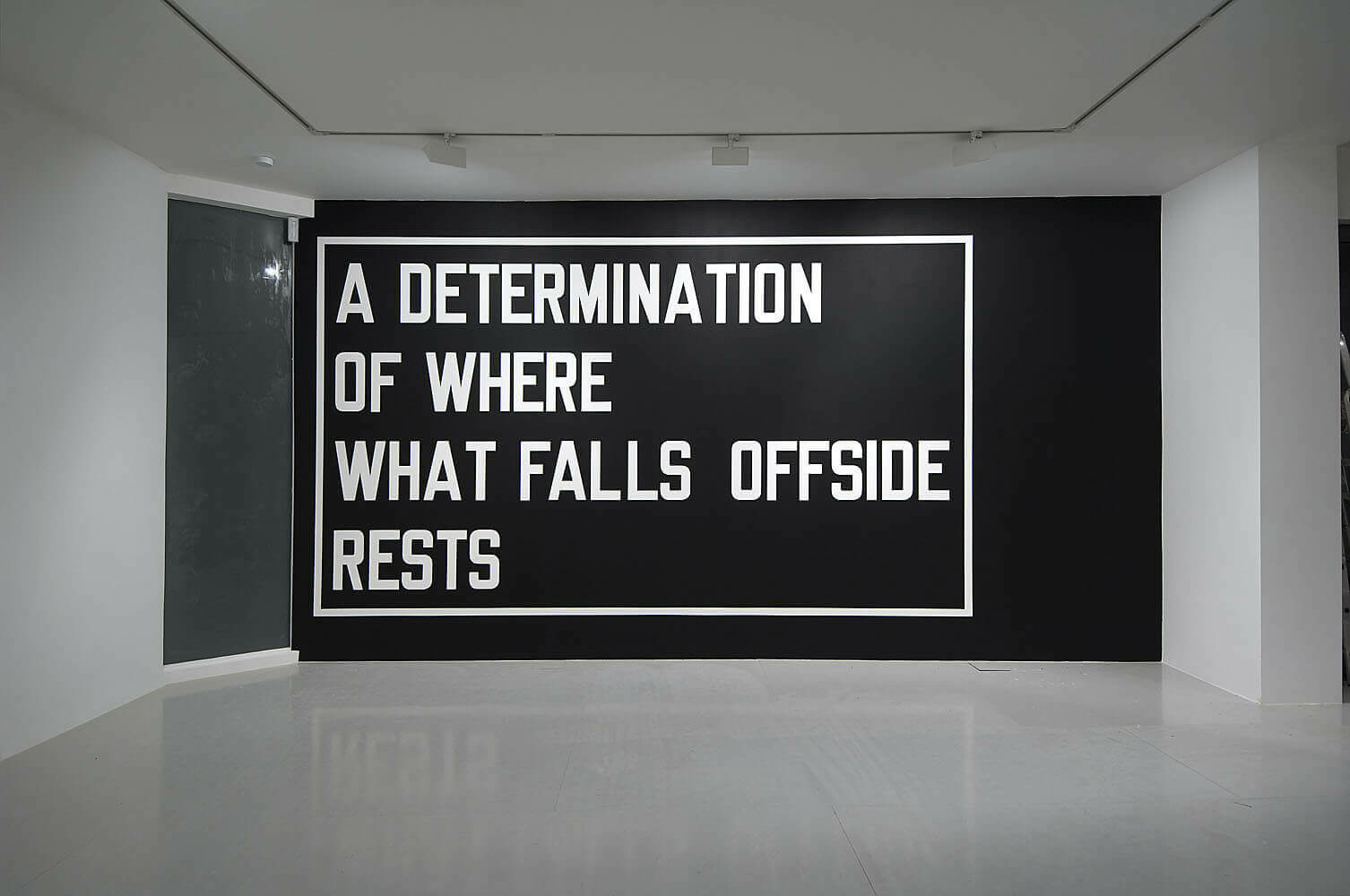 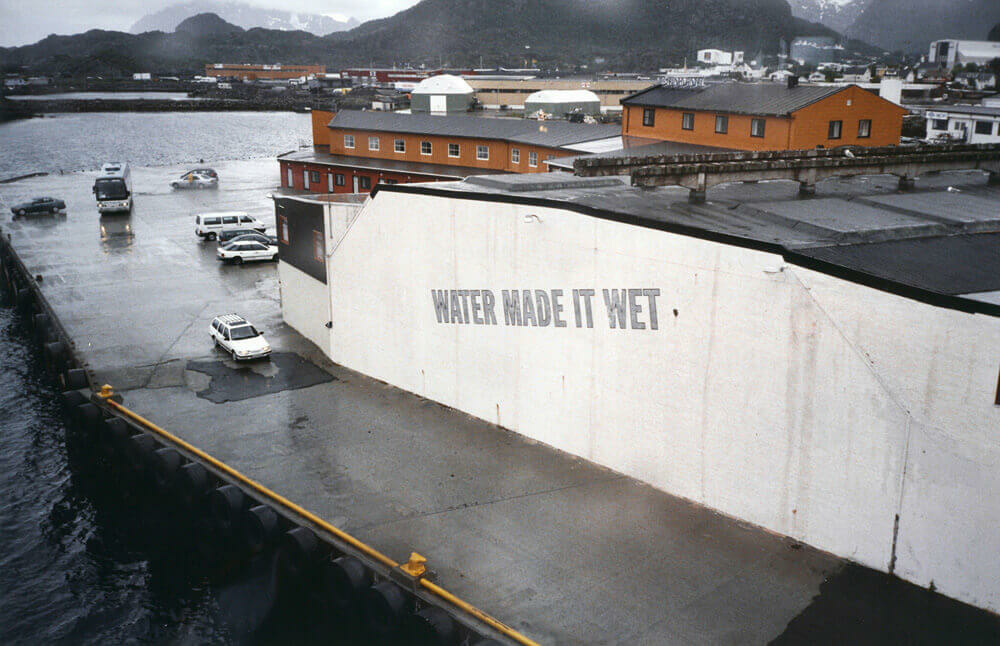 Lawrence Weiner
Water Made It Wet
1998
Kunstfestivalen I Lofoten, Norway 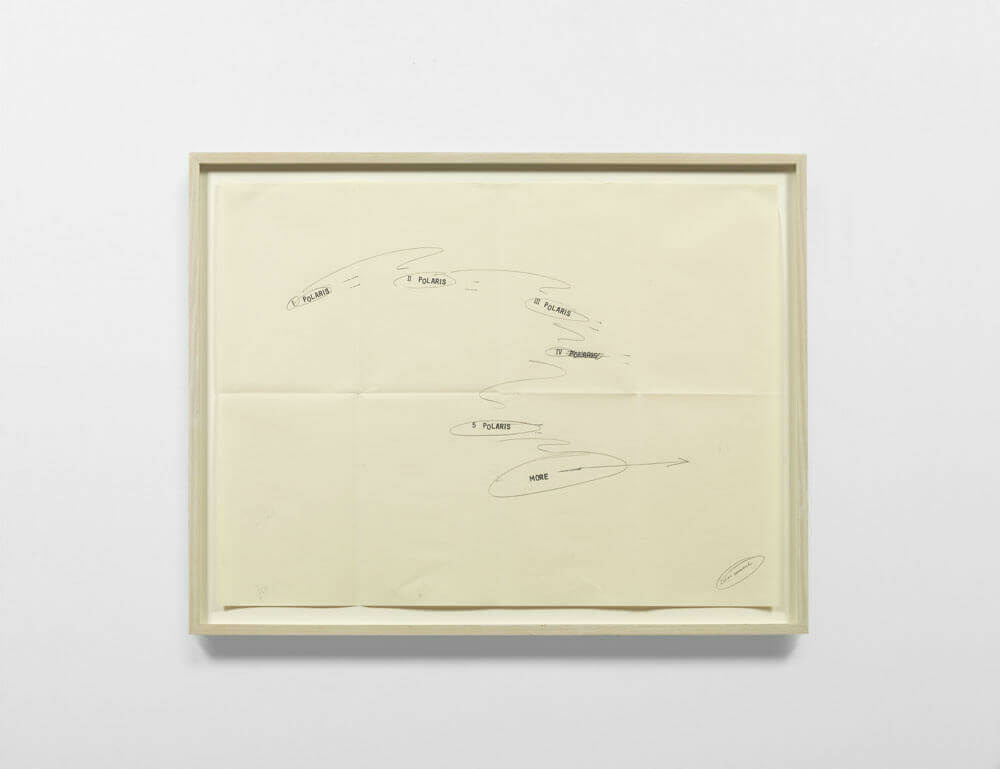