Olga de Amaral spins base matter into fields of color and weaves tectonic lines through space, unselfconsciously testing the borders between crafted object and the work of art. From the flat surfaces of tapestry through to resolutely three-dimensional sculptural forms made from fibre, the Colombian artist’s work spans more than 60 years, in turn reaching even further back to the spiritual qualities and ancient craquelure of medieval icon paintings or else the rigour and simplicity of the modernist grid, as if run through a loom. Developing her own tools and techniques, while relying on the hand for her strip-woven expanses of wool, linen and cotton, Amaral has also knotted reams of horsehair together and bolstered her fabric works through a painterly application of gesso or stucco, often highlighting the reverse, or foregrounding the edges. Working not only on the floor or the wall, Amaral carves up interiors with her hanging tapestries, creates floating formations from yarn or plastic, while following nature’s lead for outdoor works such as Hojarascas (Dried Leaves), begun in the 1970s, or working at architectural scale, for the creation of the six-story façade commission, El Gran Muro (The Great Wall), in 1976.

Amaral’s travels in the 1950s and ’60s are reflected in her wide range of international influences. After an encounter with the Japanese technique of ‘kintsugi’ at the ceramics studio of British potter Lucie Rie in 1970, for example, Amaral began a series of Fragmentos Completos (Complete Fragments) employing gold leaf, layered and intertwined within the fabric of her hand-woven textiles. Amaral’s work also references religious and ceremonial dimensions prescribed to gold through the pre-Columbian worship of the substance, especially in her Alquimia (Alchemy) works begun in 1984, which reclaim the notion of a material indelibly connected to the sun and the earth, but equally plundered from her country over many centuries. During a lecture at the Metropolitan Museum of Art in 2003, she said: “As I build these surfaces, I create spaces of meditation, contemplation and reflection… Tapestry, fibres, strands, units, cords, all are transparent layers with their own meanings, revealing and hiding each other to make one presence, one tone that speaks about the texture of time.” 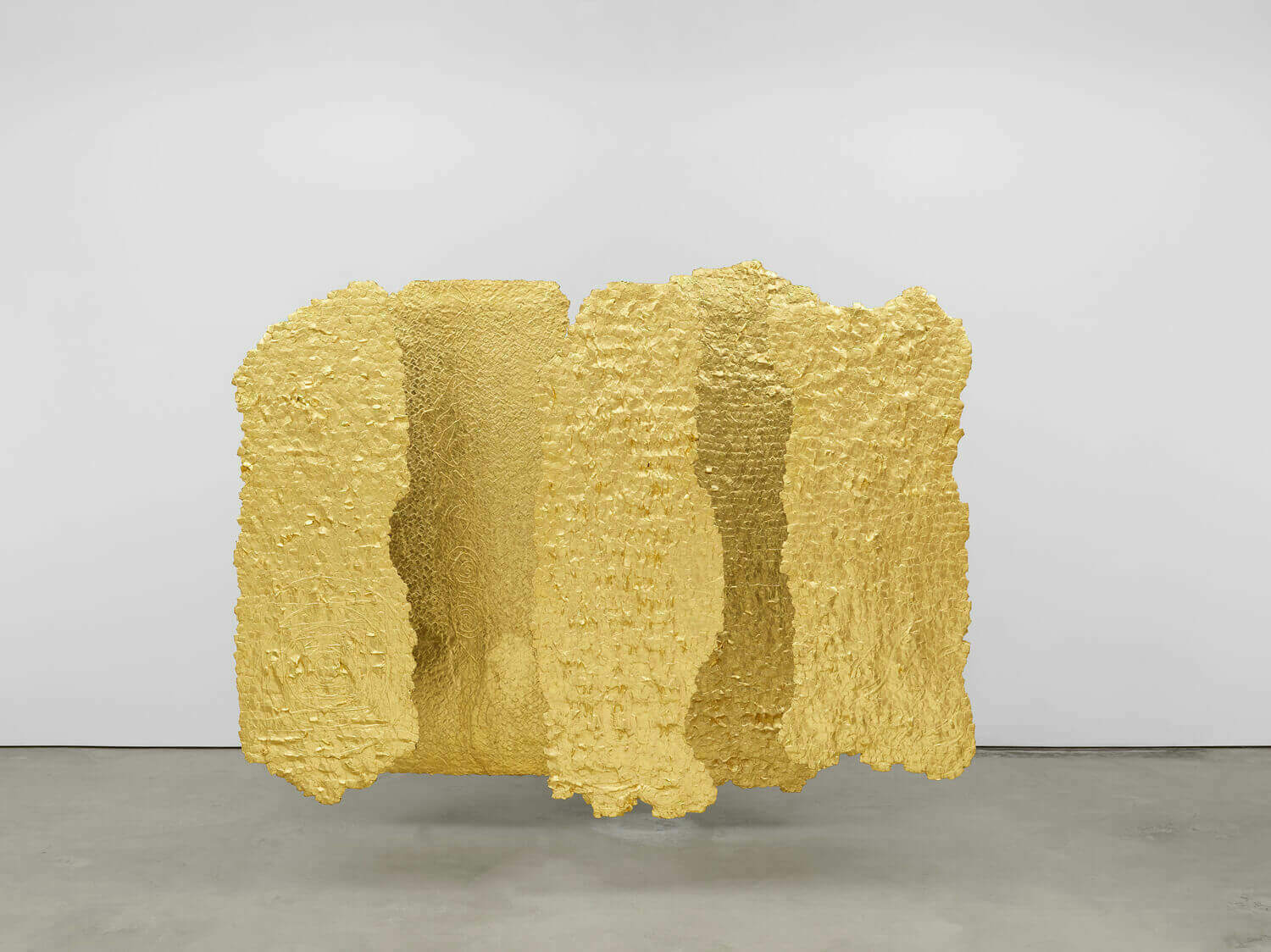 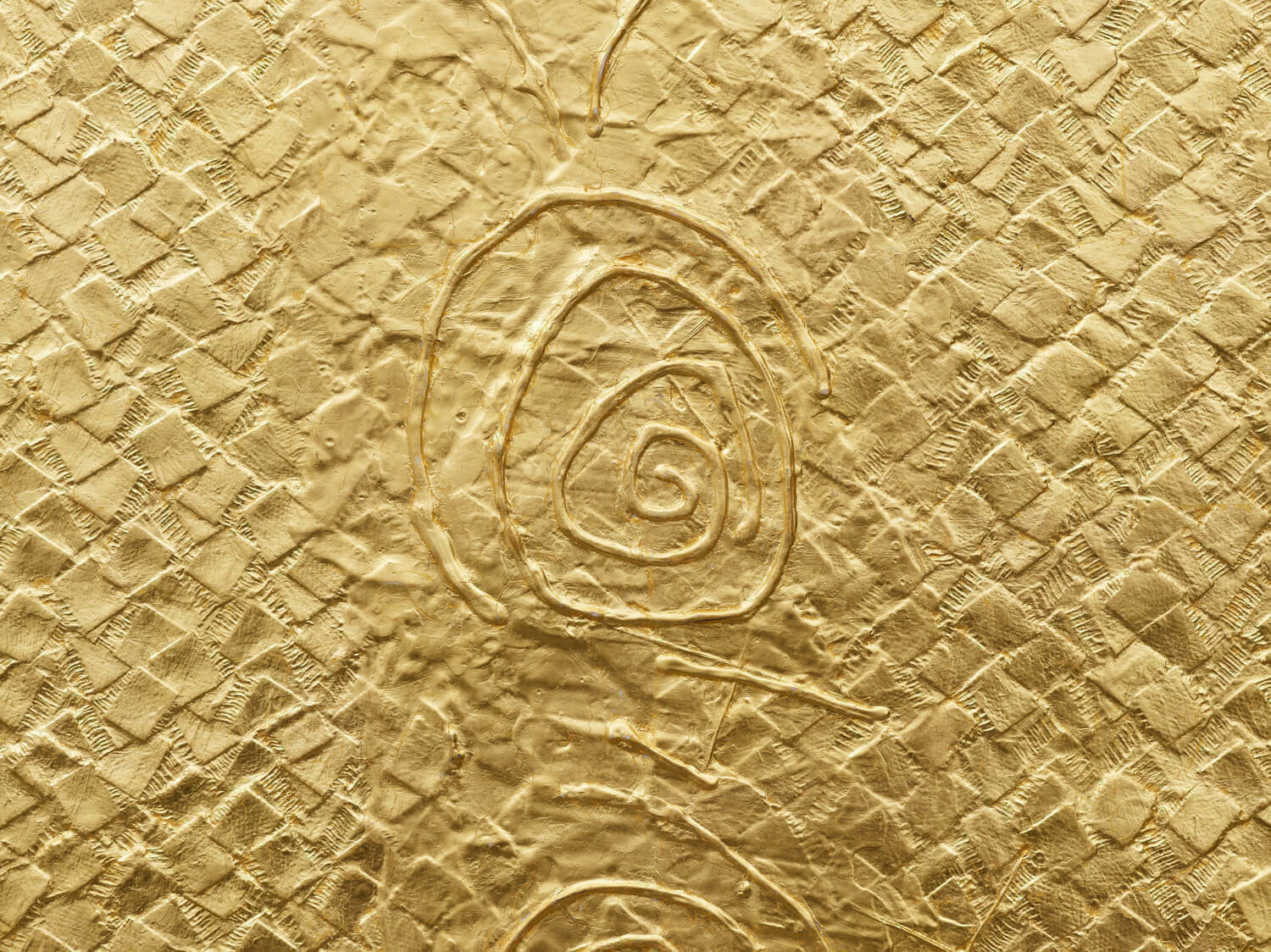 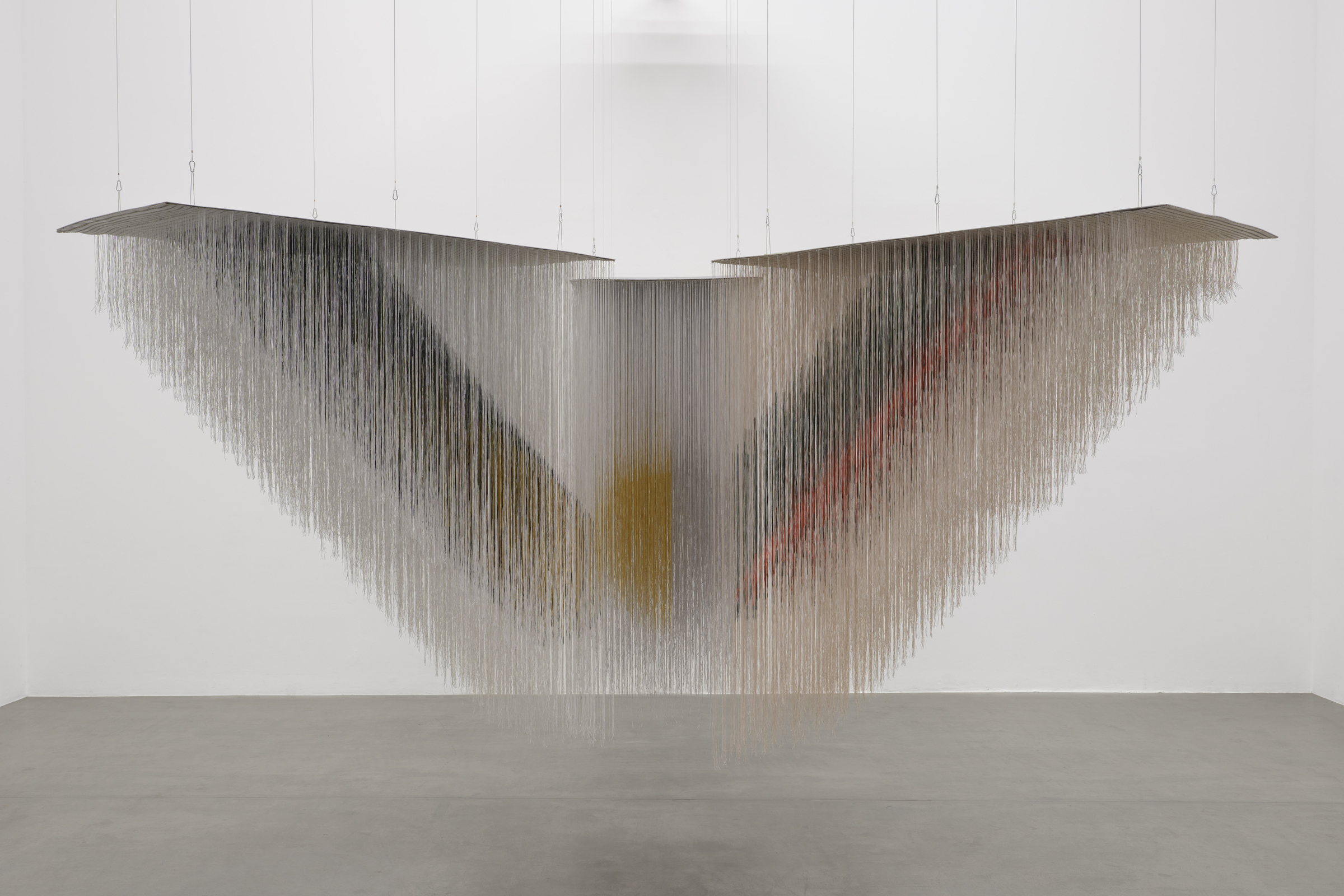 
2014
Acrylic, gesso and cotton on wood
Installation of three artworks 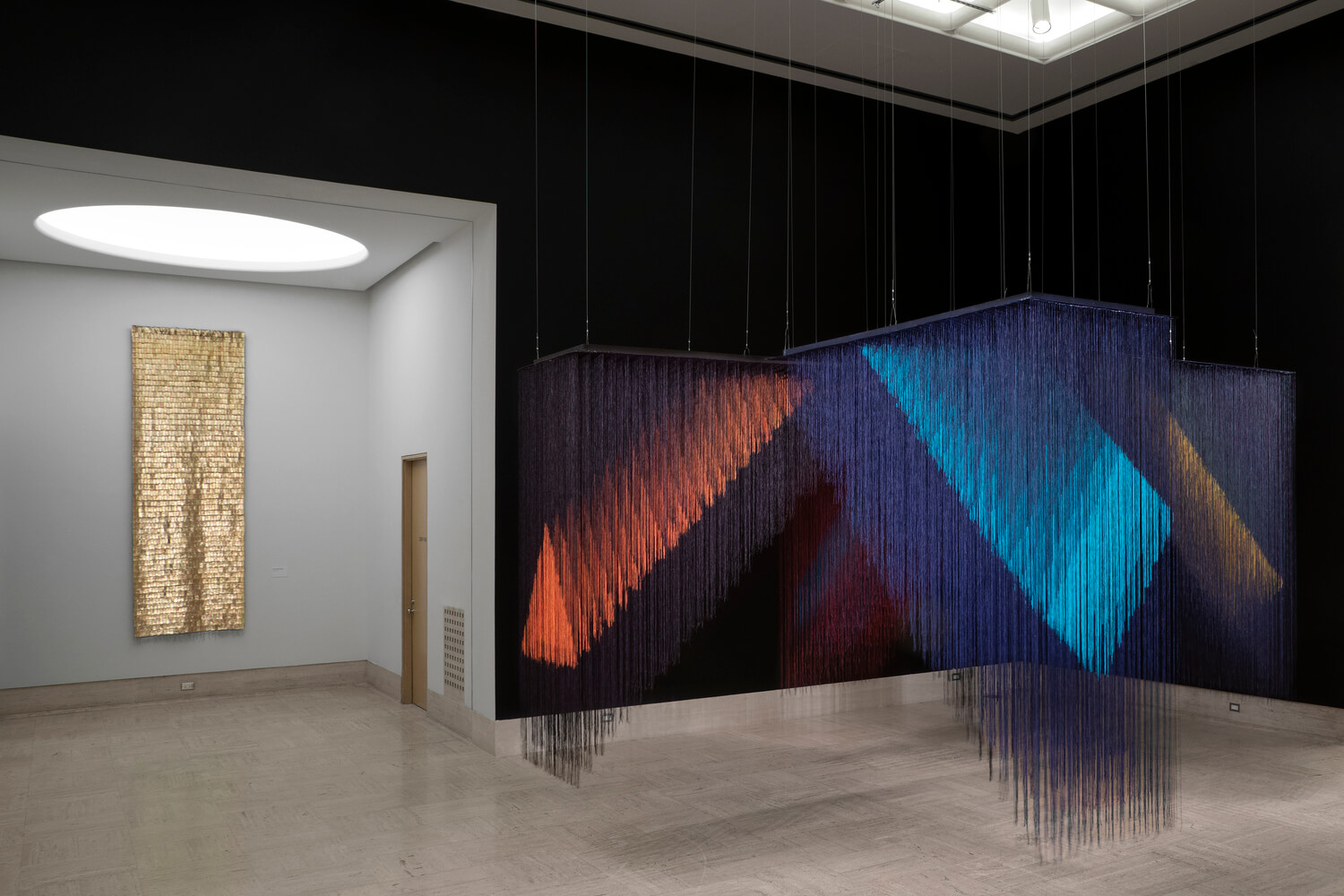 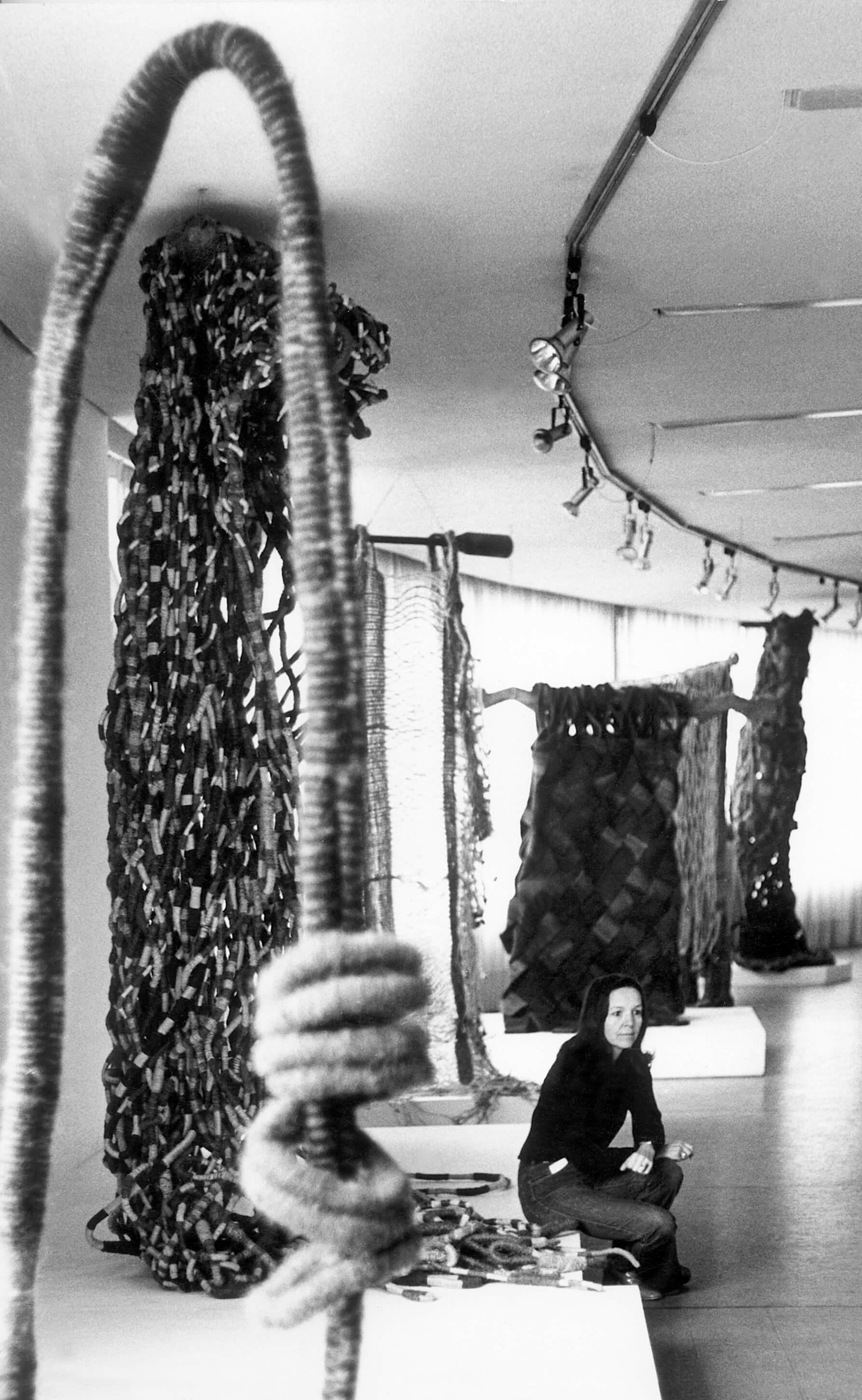 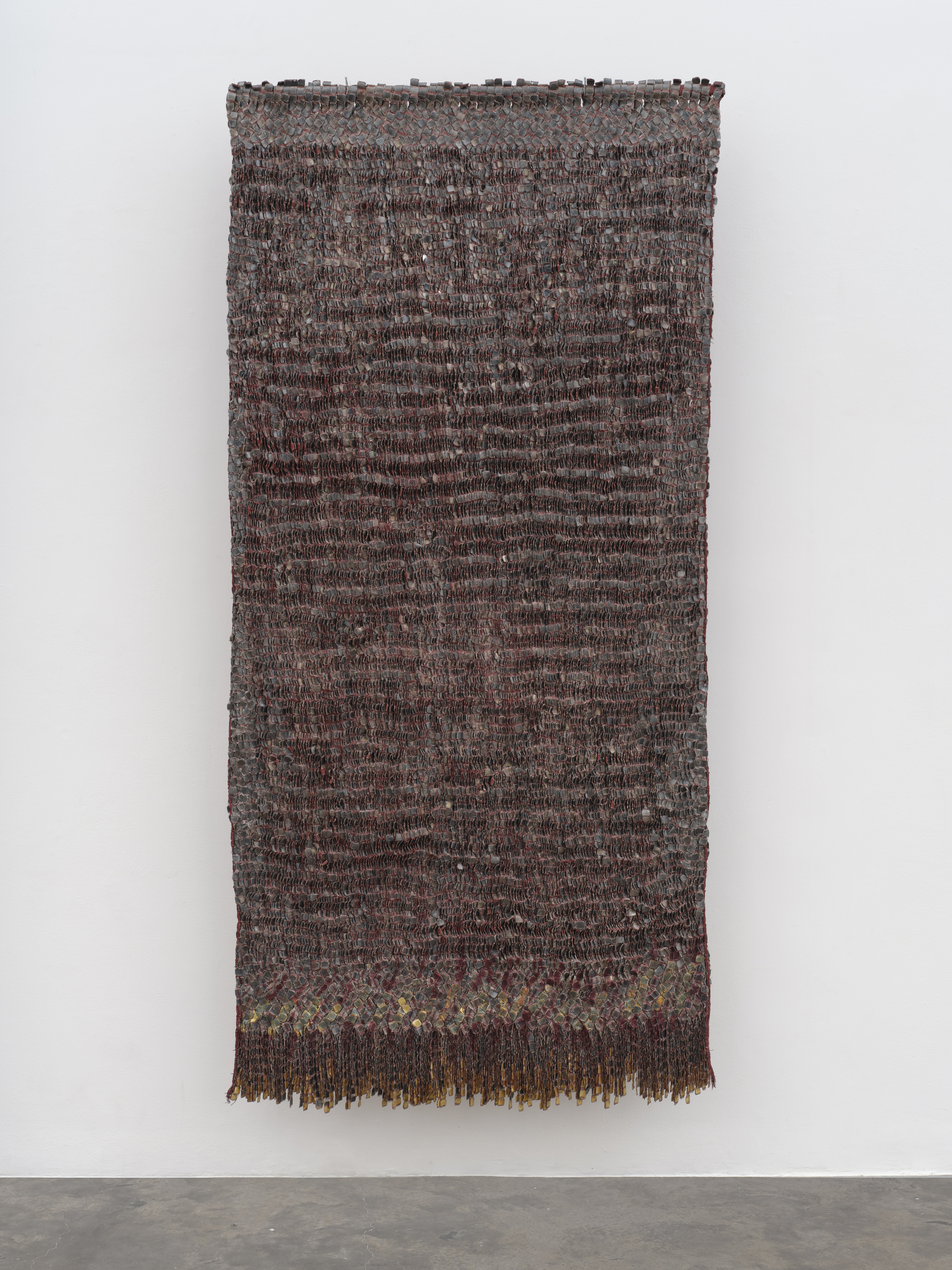 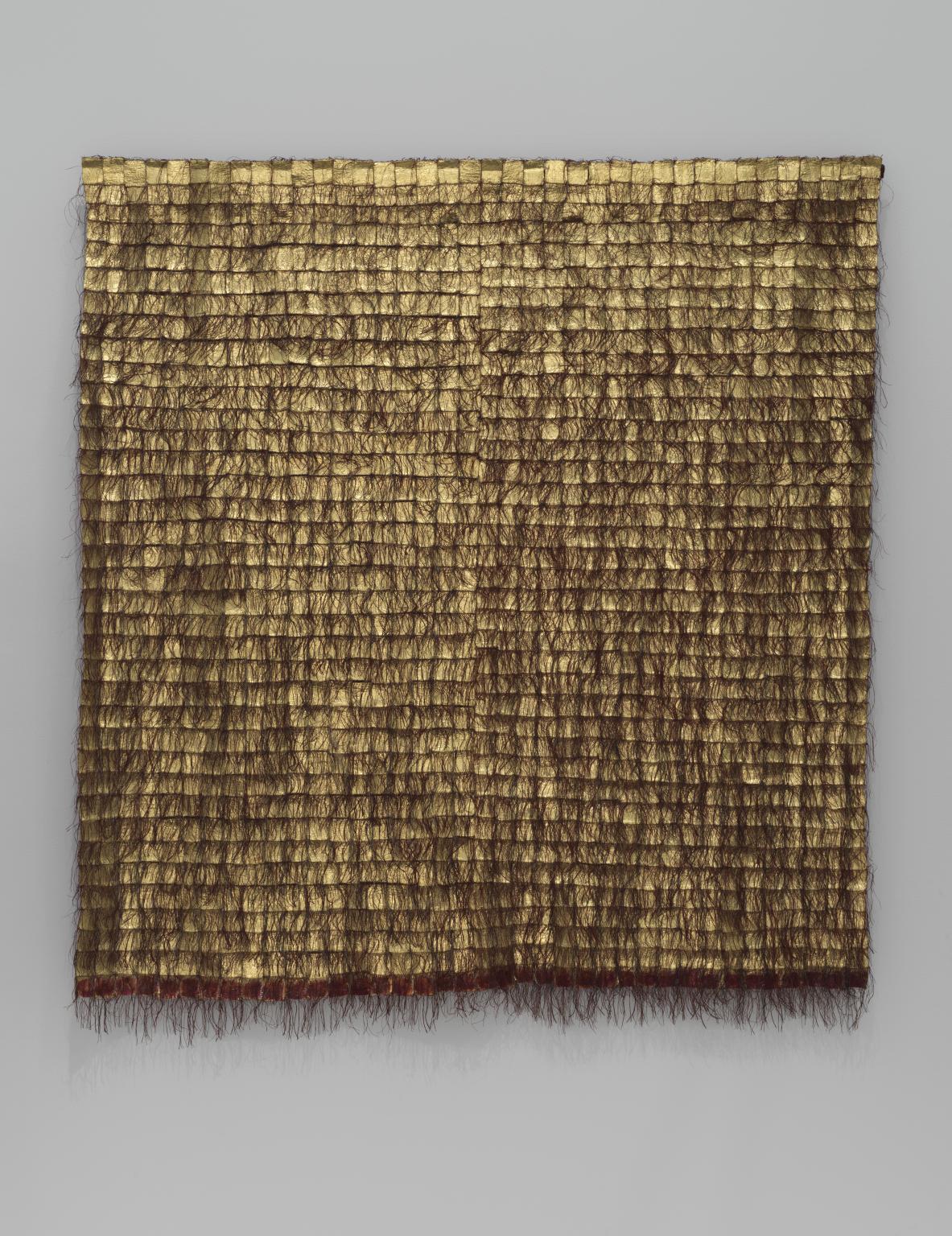 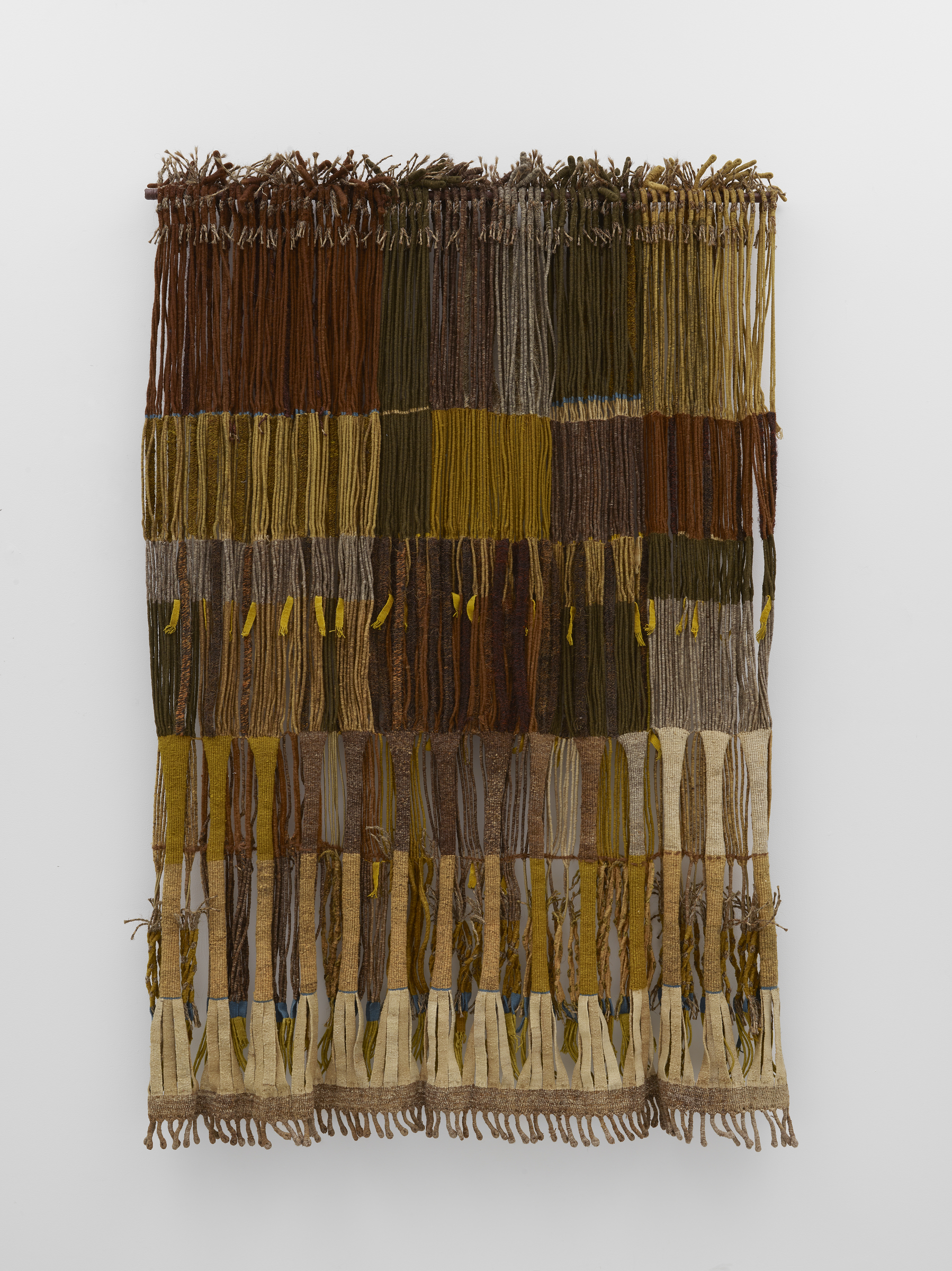 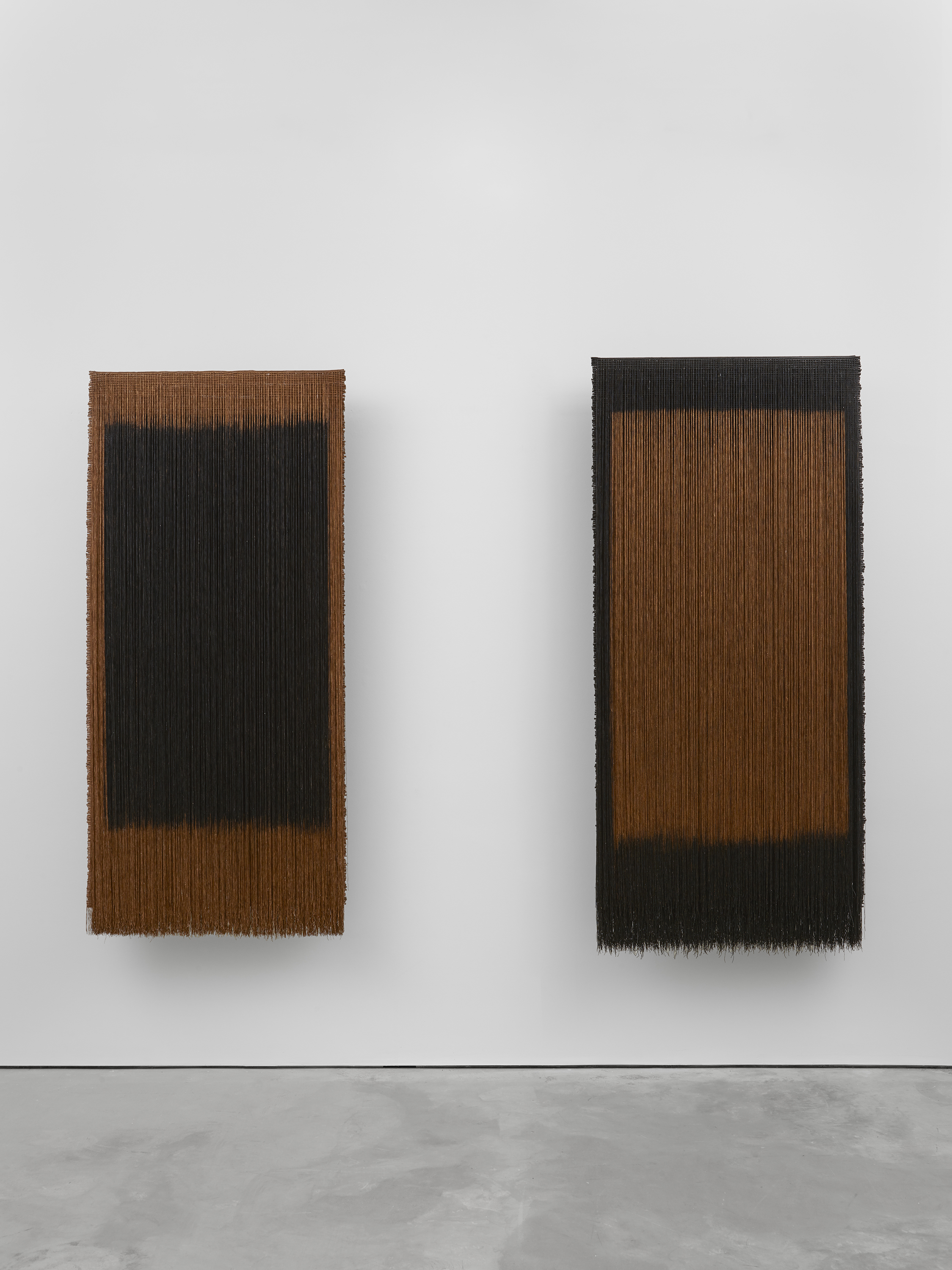 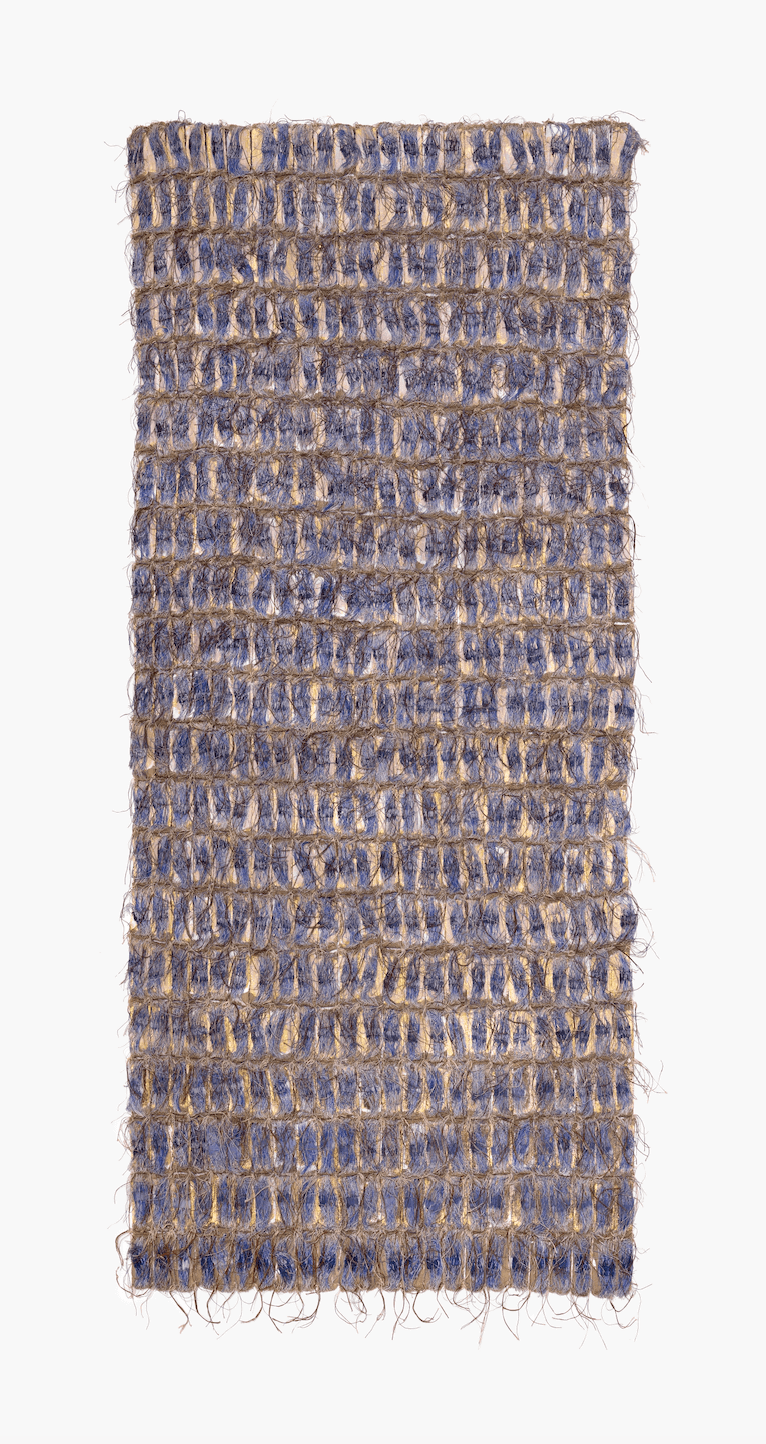 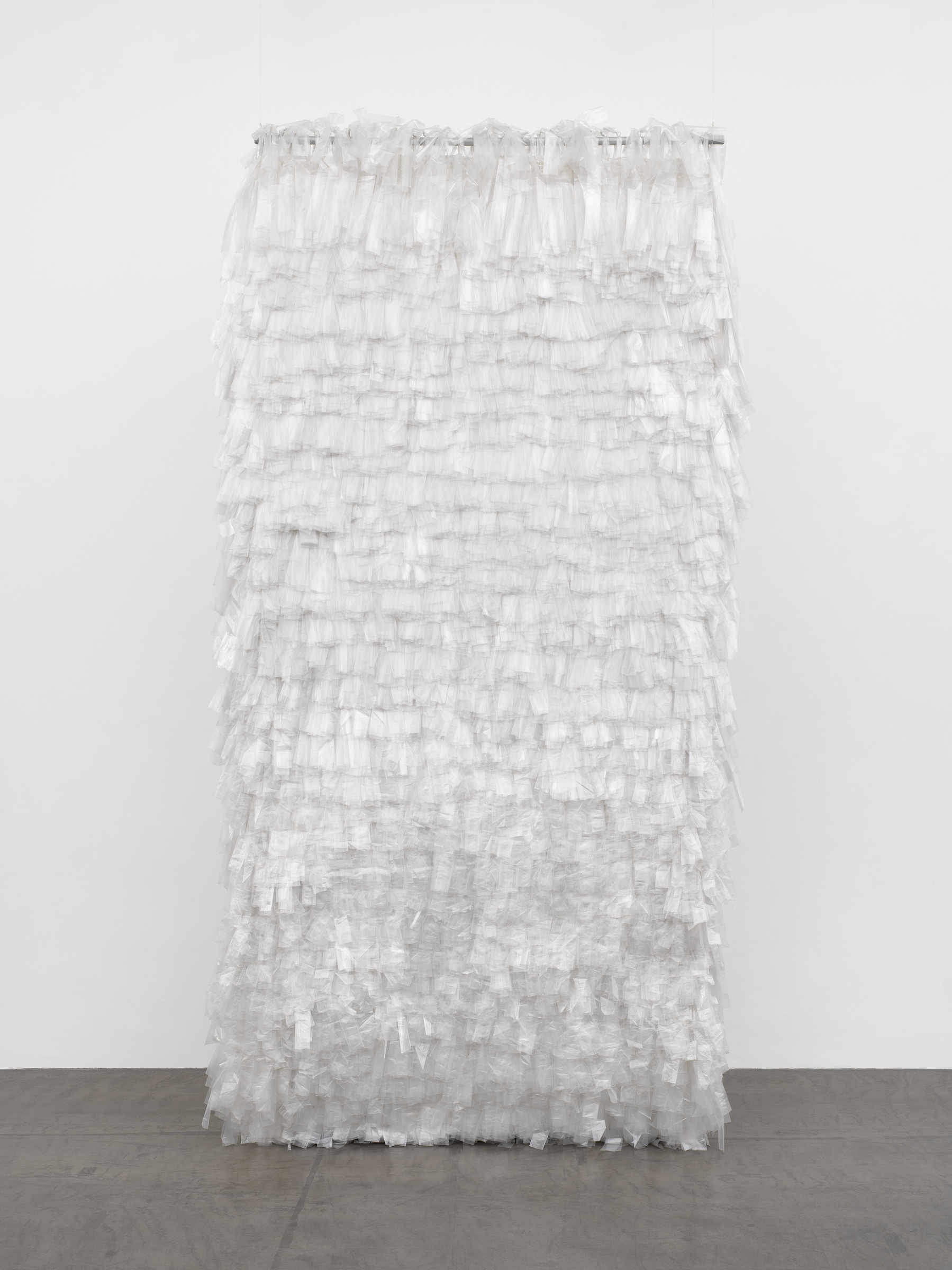 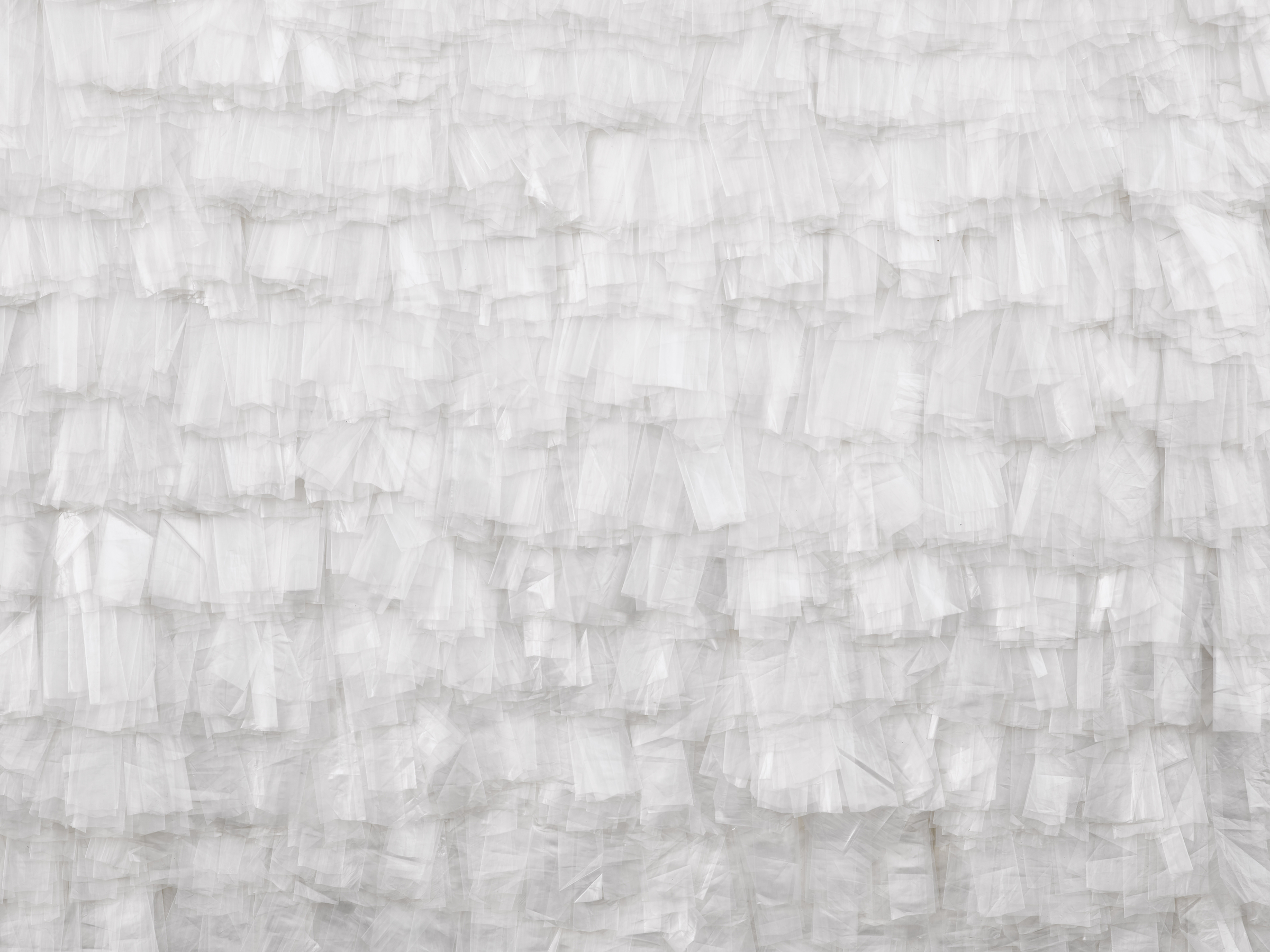 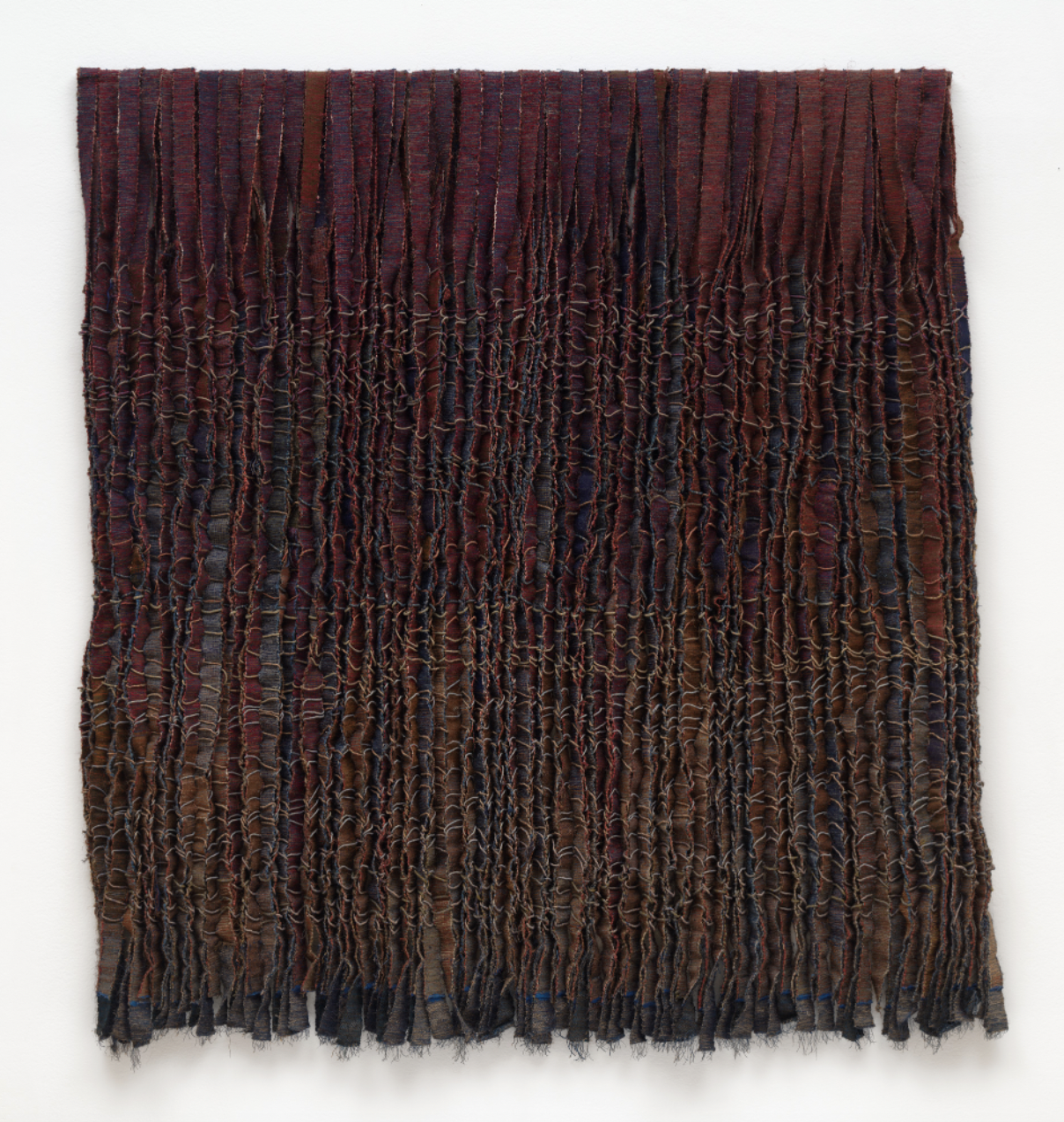 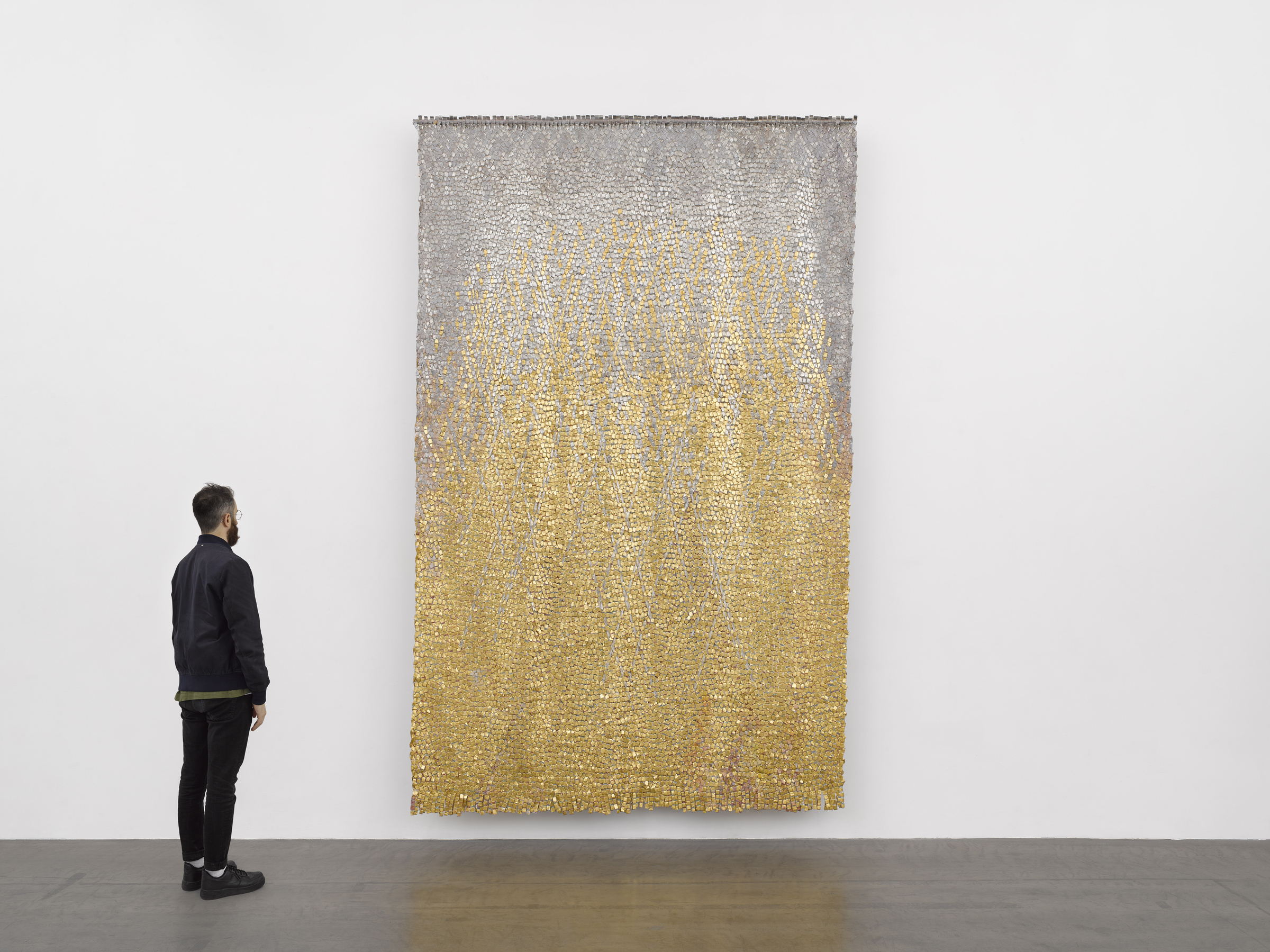 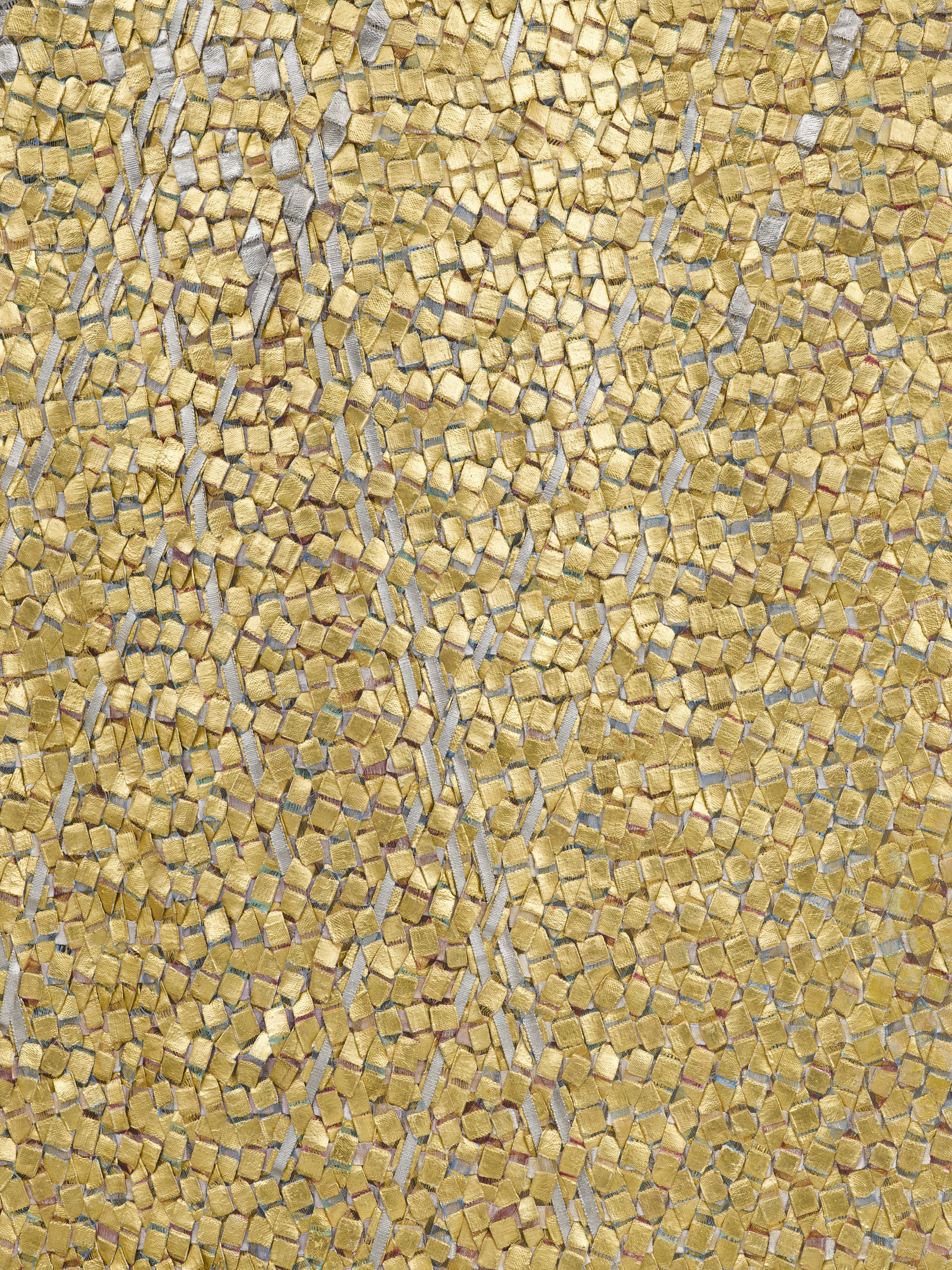 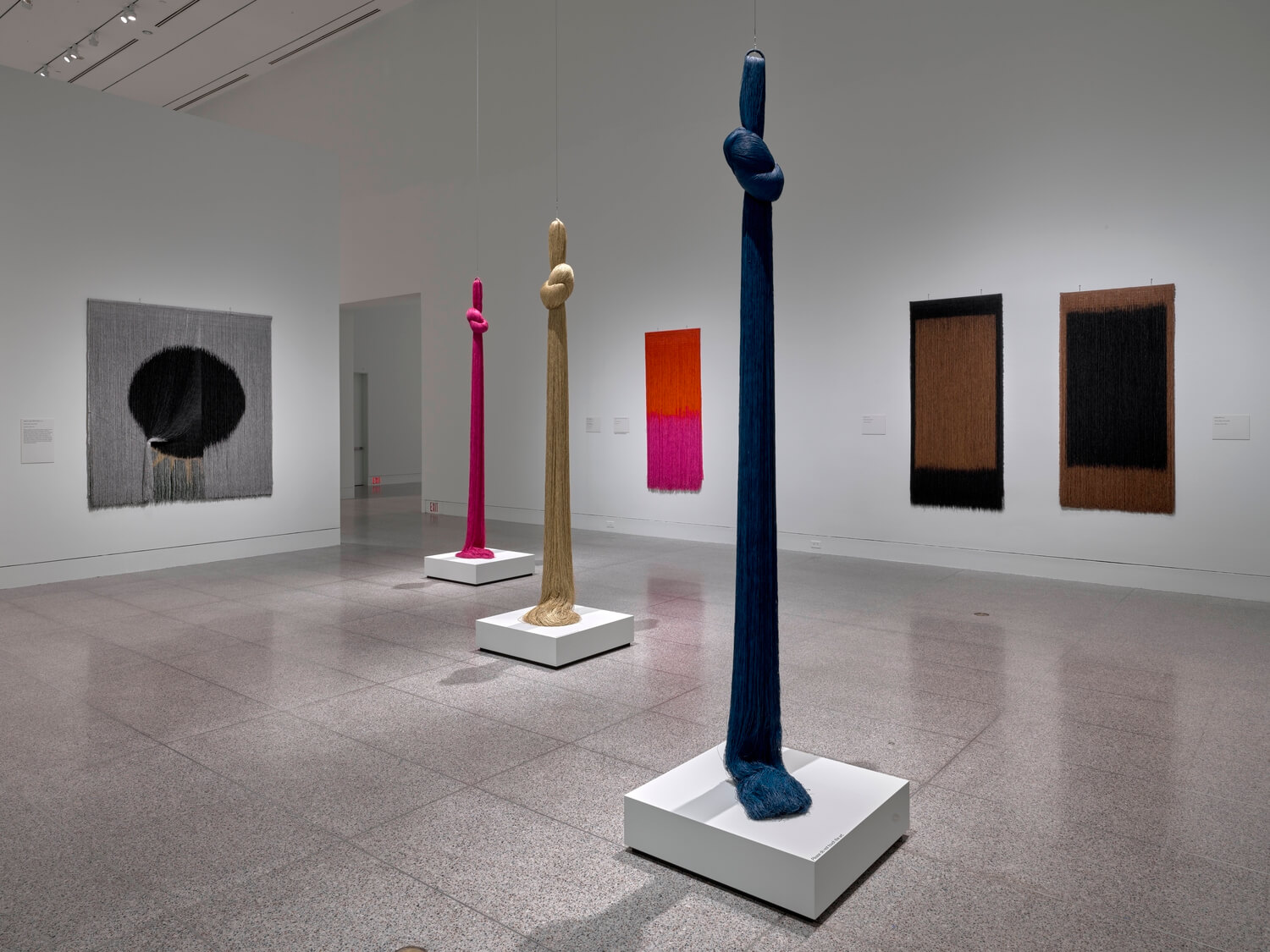