Core to Carmen Herrera’s (1915 – 2022) painting is a drive for formal simplicity and a striking sense of colour: “My quest”, she said, “is for the simplest of pictorial resolutions” (2012). A master of crisp lines and contrasting chromatic planes, Herrera created symmetry, asymmetry and an infinite variety of movement, rhythm and spatial tension across the canvas with the most unobtrusive application of paint. As she moved towards pure, geometric abstraction in the post-war years in Paris, she exhibited alongside Theo van Doesburg, Max Bill and Piet Mondrian and a younger generation of Latin American artists, such as members of the Venezuelan Los Disidentes, Brazilian Concretists and the Argentinian Grupo Madi. Her work also chimes with her peers from the U.S. school such as Barnett Newman and Leon Polk Smith. Reflecting on this period, she said, “I began a lifelong process of purification, a process of taking away what isn’t essential” (2005). While allied with Latin American non-representational concrete painting, Herrera’s body of work established, quietly but steadily, a cross-cultural dialogue within the international history of modernist abstraction.

Carmen Herrera was born in Havana, Cuba in 1915. She moved frequently between France and Cuba throughout the 1930s and 1940s; having started studying architecture at the Universidad de La Habana, Havana, Cuba (1938–39), she trained at the Art Students League, New York, NY, USA (1942–43), before exhibiting five times at the Salon des Réalités Nouvelles, Musée d’Art Moderne de la Ville de Paris, France (1949–53). She settled in New York in 1954, where she lived and worked until her death in 2022. Herrera’s work was the subject of a large-scale survey at the Whitney Museum of American Art in New York (2017), which traveled to the Wexner Center for the Arts in Columbus, Ohio (2017) and Kunstsammlung Nordrhein-Westfalen (K20) in Düsseldorf, Germany (2017–2018). A selection of Herrera’s recent paintings and Estructuras inaugurated Lisson Gallery New York’s 24th Street exhibition space in May 2016. The last two years were marked by two major mural commissions for the Blanton Museum of Art in Austin, TX and the Publicolor Community Museum for the Manhattan East School of Arts in Harlem, NY. Herrera has also had significant solo exhibitions at the Museum Pfalzgalerie Kaiserslautern, Kaiserslautern, Germany (2010); Ikon Gallery, Birmingham, UK (2009); and Museo del Barrio, New York, NY, USA (1998). She has been included in the group shows at Centre Pompidou, Paris, France (2021); Mori Art Museum, Tokyo, Japan (2021); Museo Nacional Centro de Arte Reina Sofía, Madrid, Spain (2019); Fondation Cartier pour l’art contemporain, Paris, France (2018); The Underground Museum, Los Angeles, CA, USA (2017); Haus der Kunst, Munich, Germany (2016); Phoenix Museum of Art, AZ, USA (2013); and Sheldon Museum of Art, NE, USA (2012), among others. Her work was featured in the exhibition Epic Abstraction: Pollock to Herrera at The Metropolitan Museum of Art in New York (17 December 2018 – 4 February 2020). Recently, two major solo presentations were exhibited in Houston, Texas: Carmen Herrera: Structuring Surfaces at The Museum of Fine Arts, Houston (21 October 2020 – 25 April 2021) and Estructuras Monumentales at Buffalo Bayou Park (22 October 2020 – 23 April 2021). Herrera premiered her Estructuras Monumentales, massive aluminium structures largely conceived in the 1960s and 1970s, at City Hall Park in New York City in 2019, organised by the Public Art Fund (11 July – 8 November 2019). 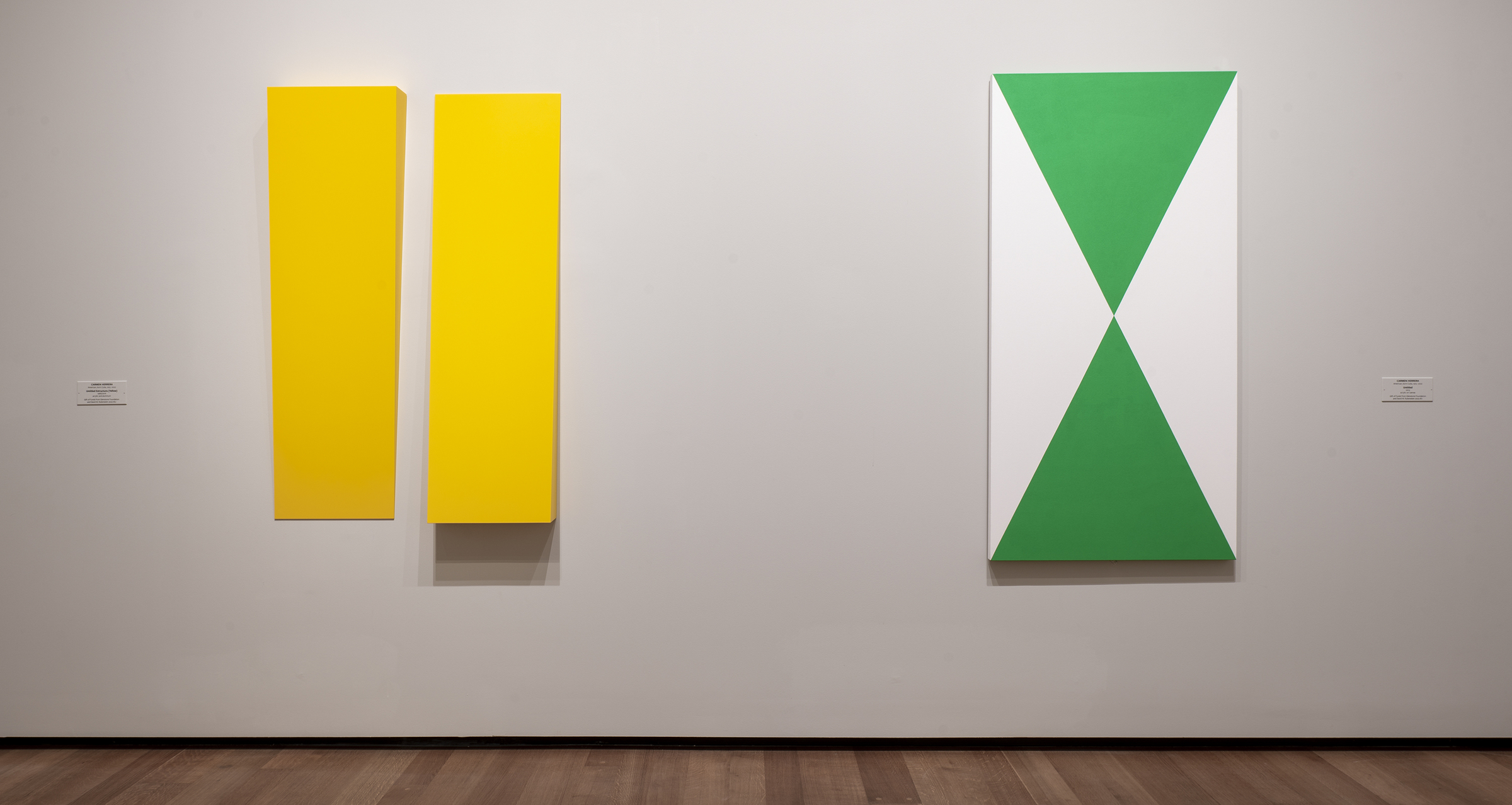 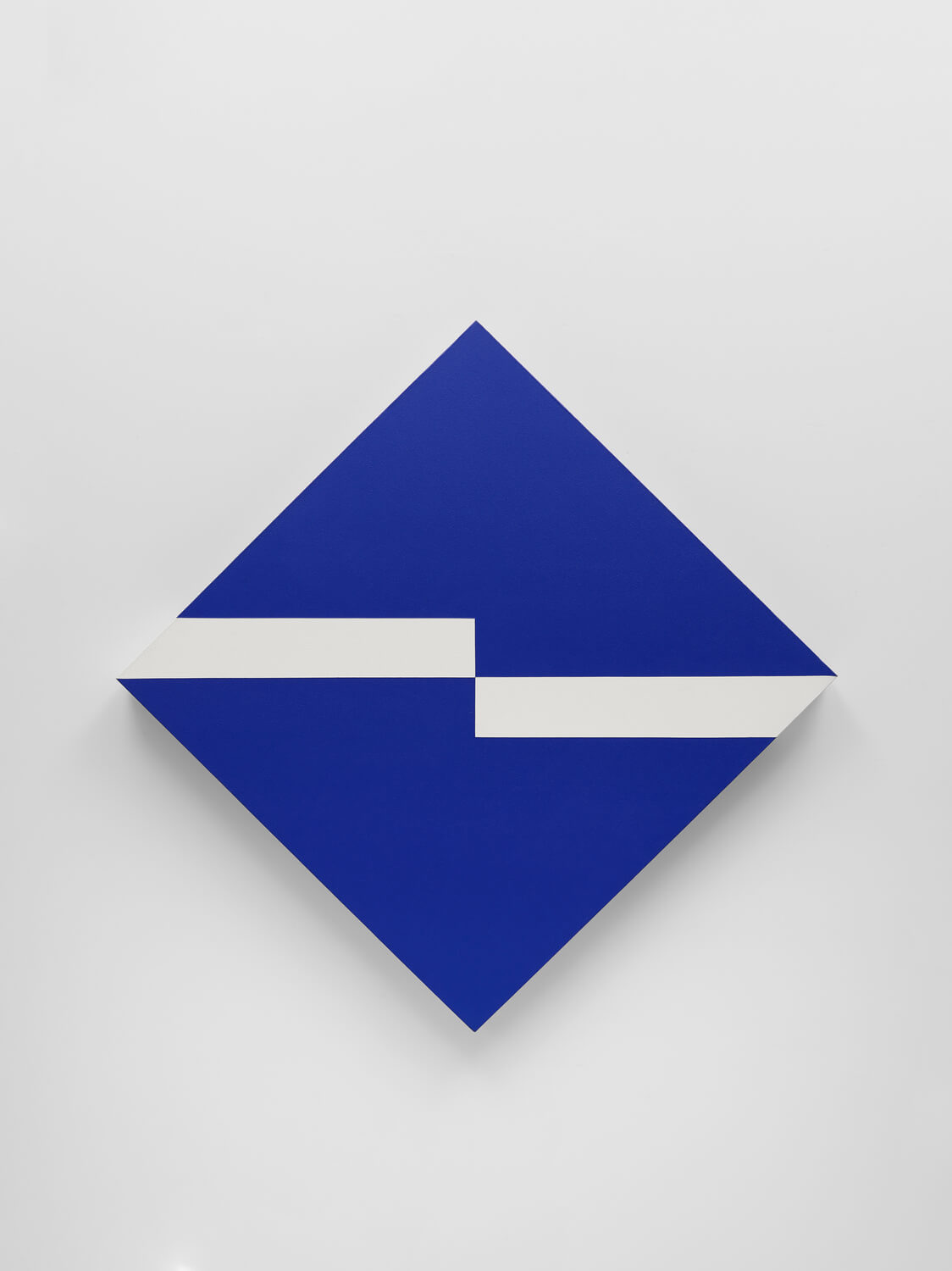 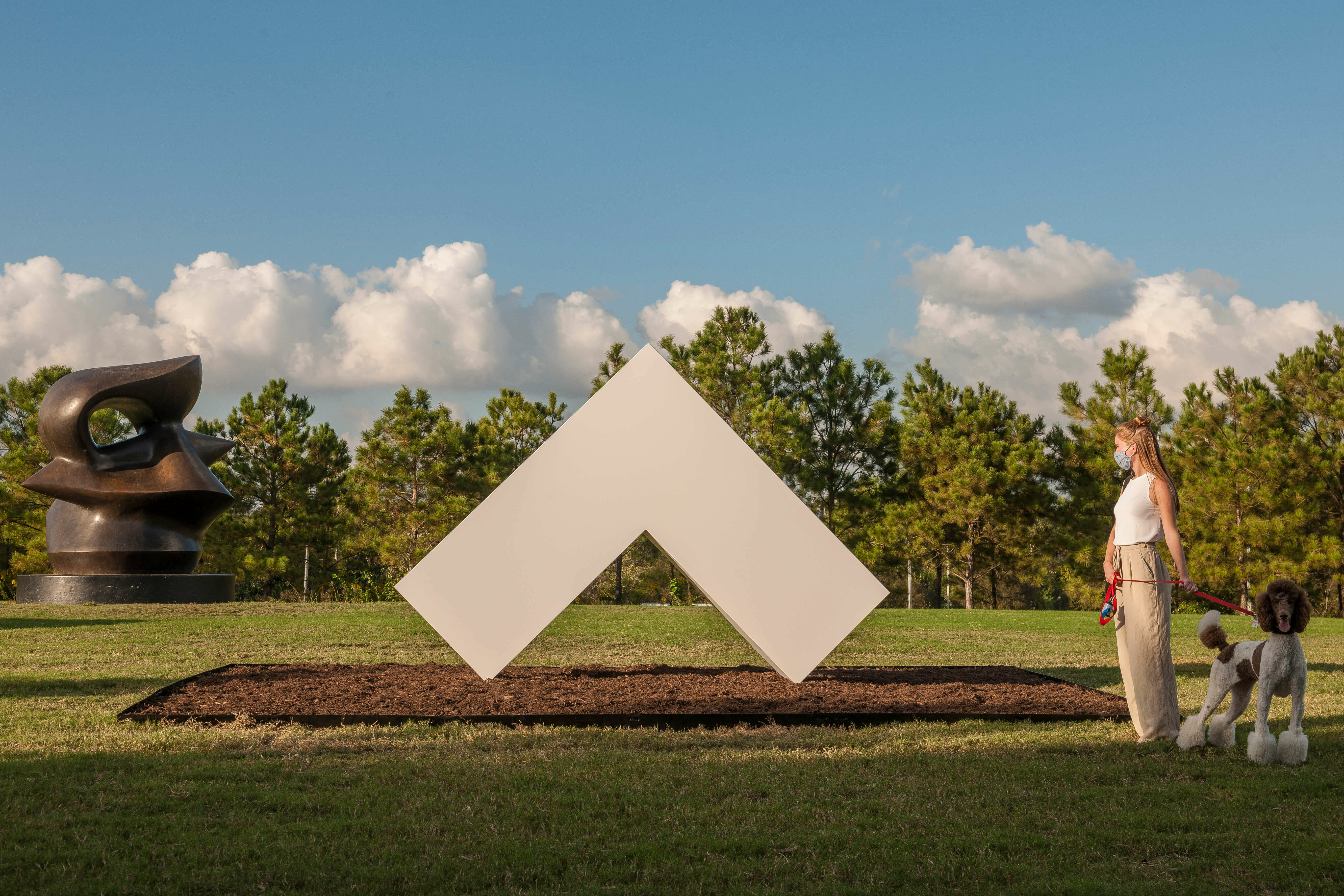 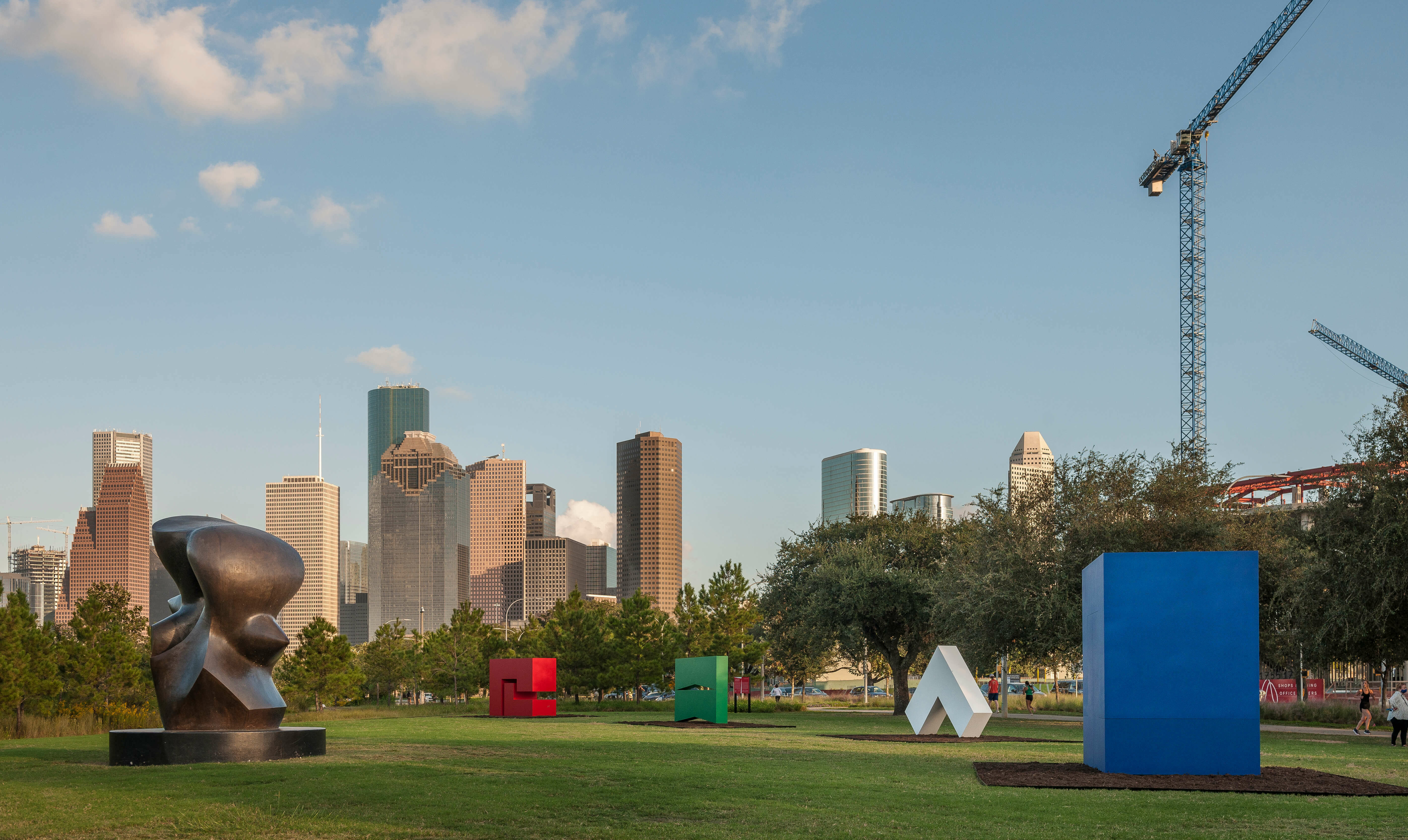 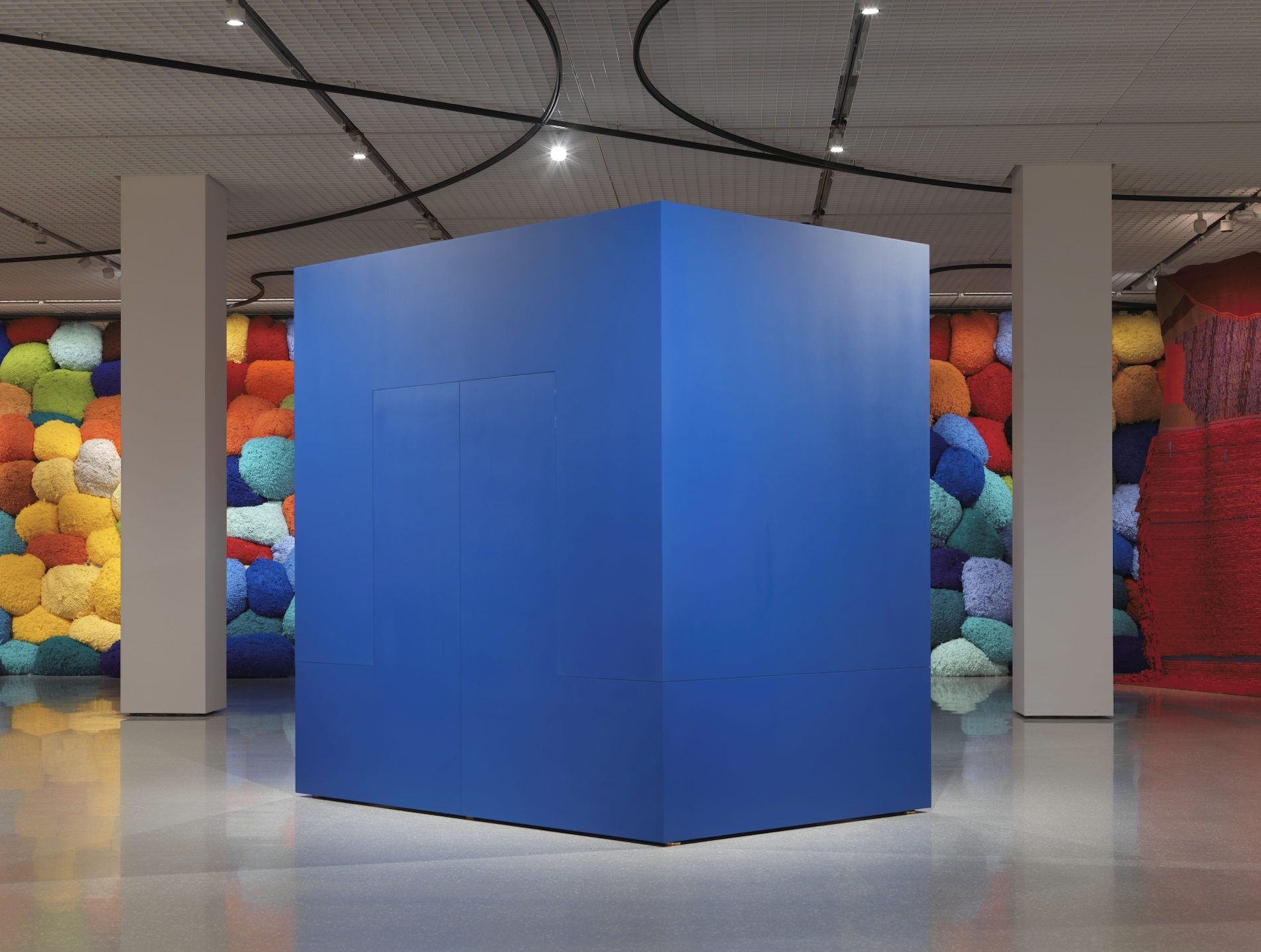 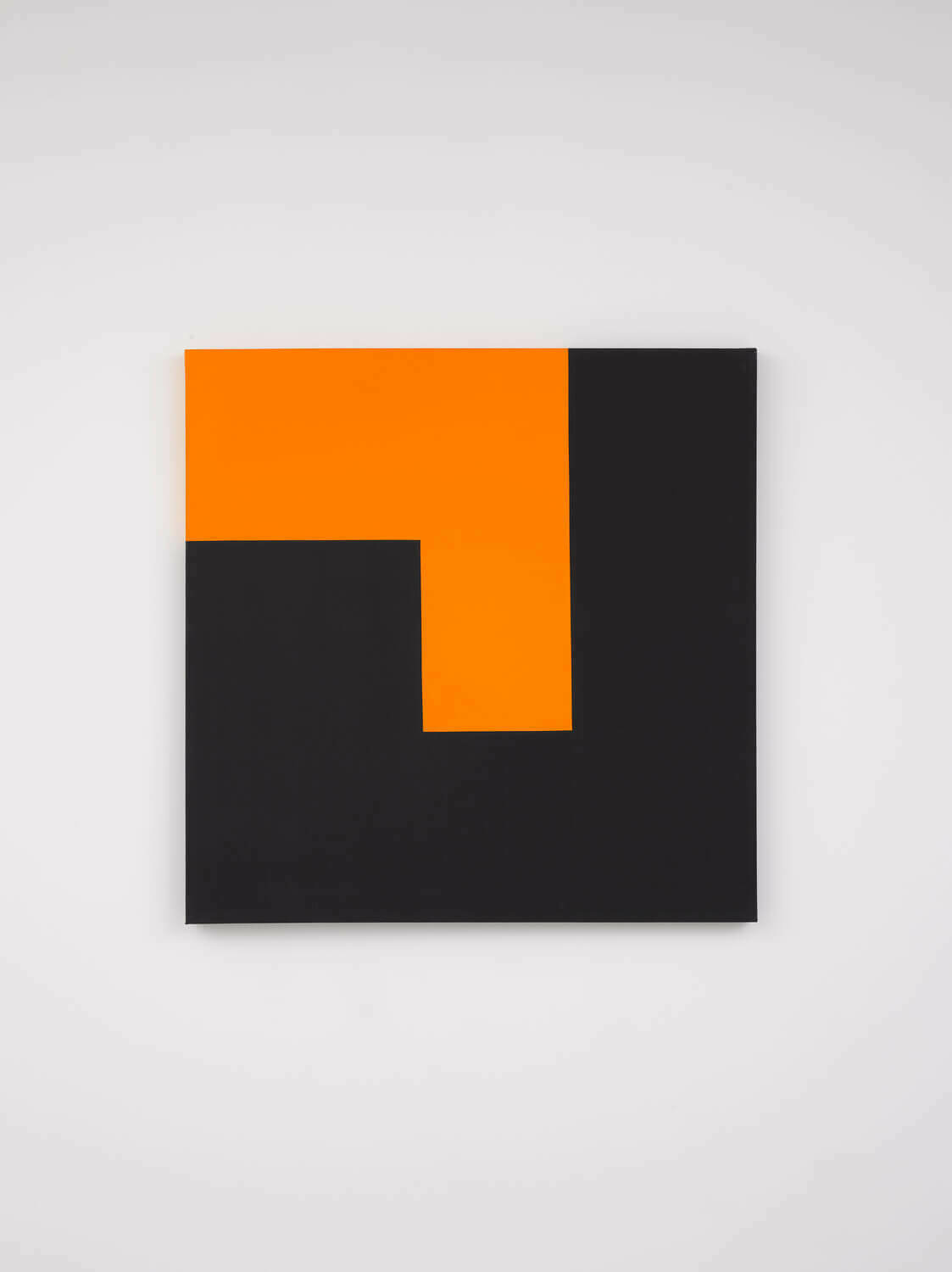 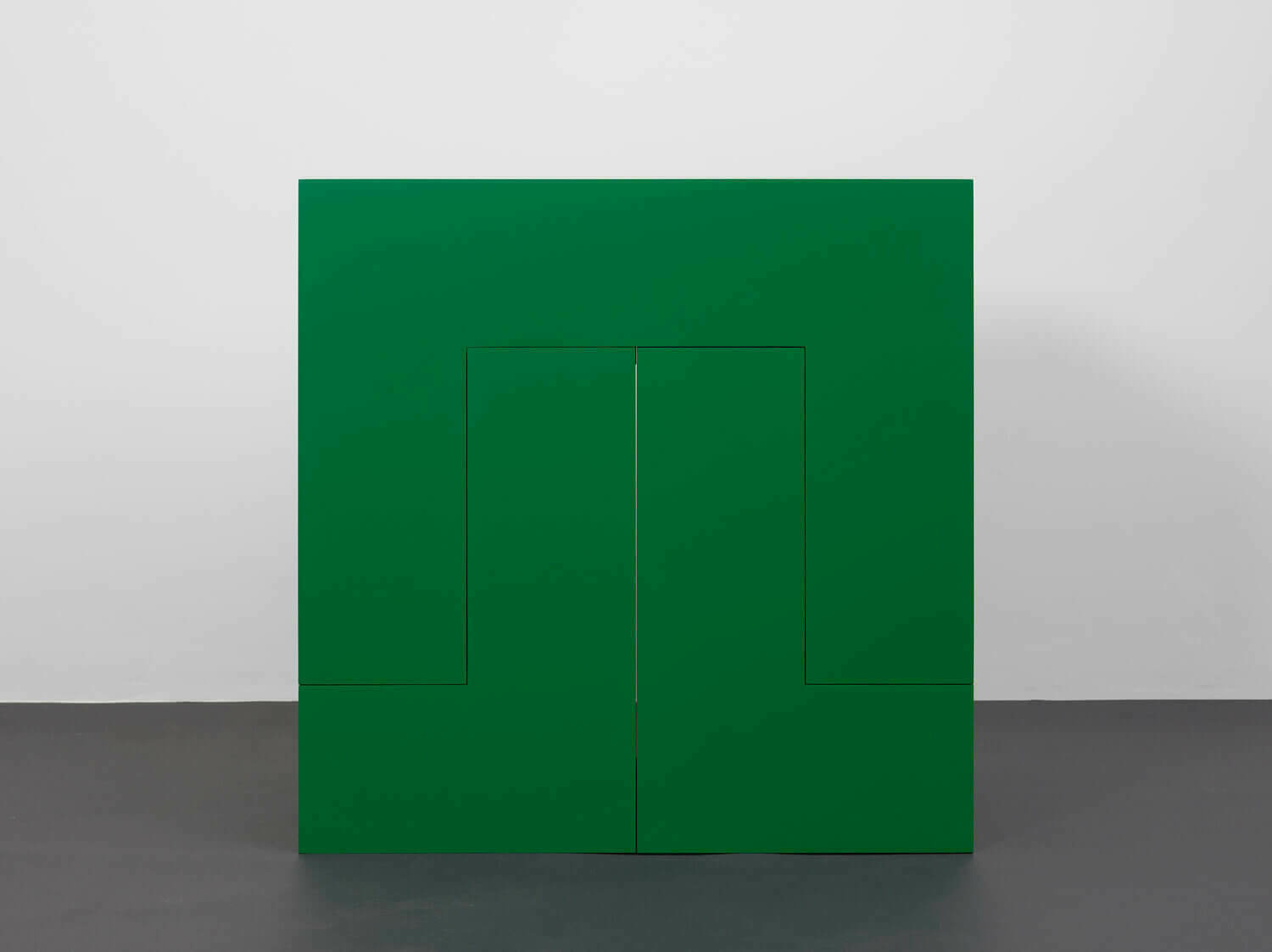 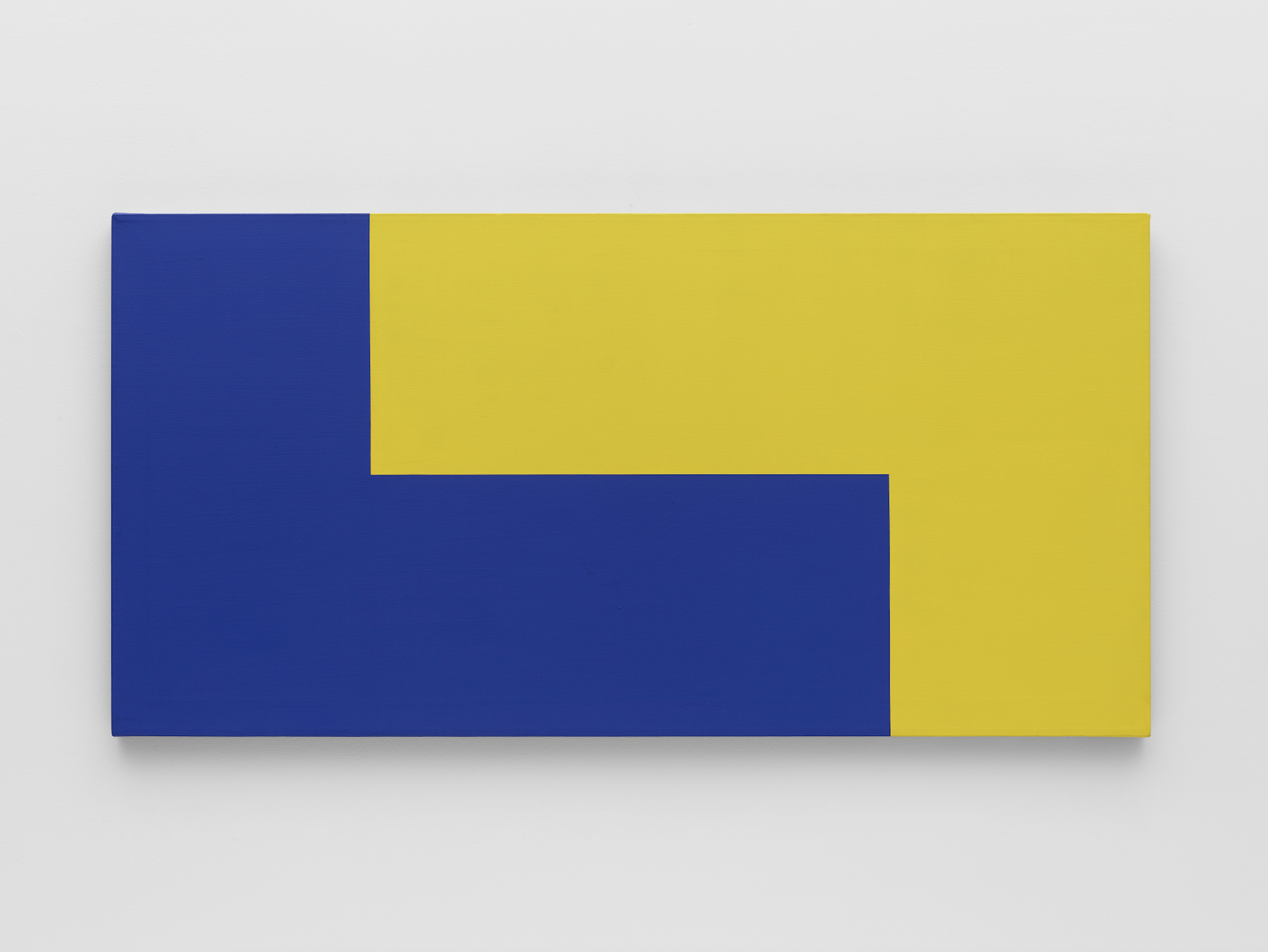 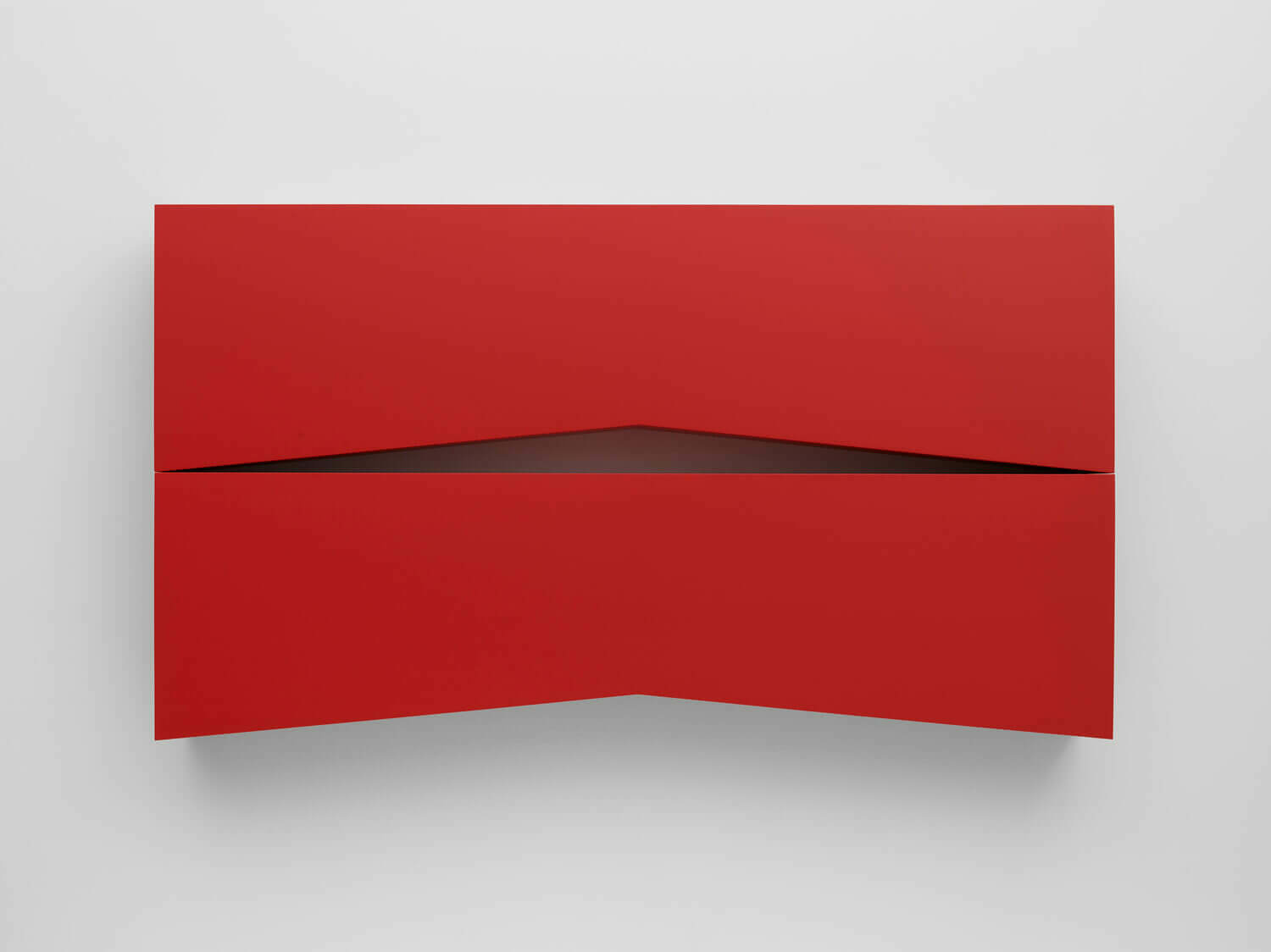 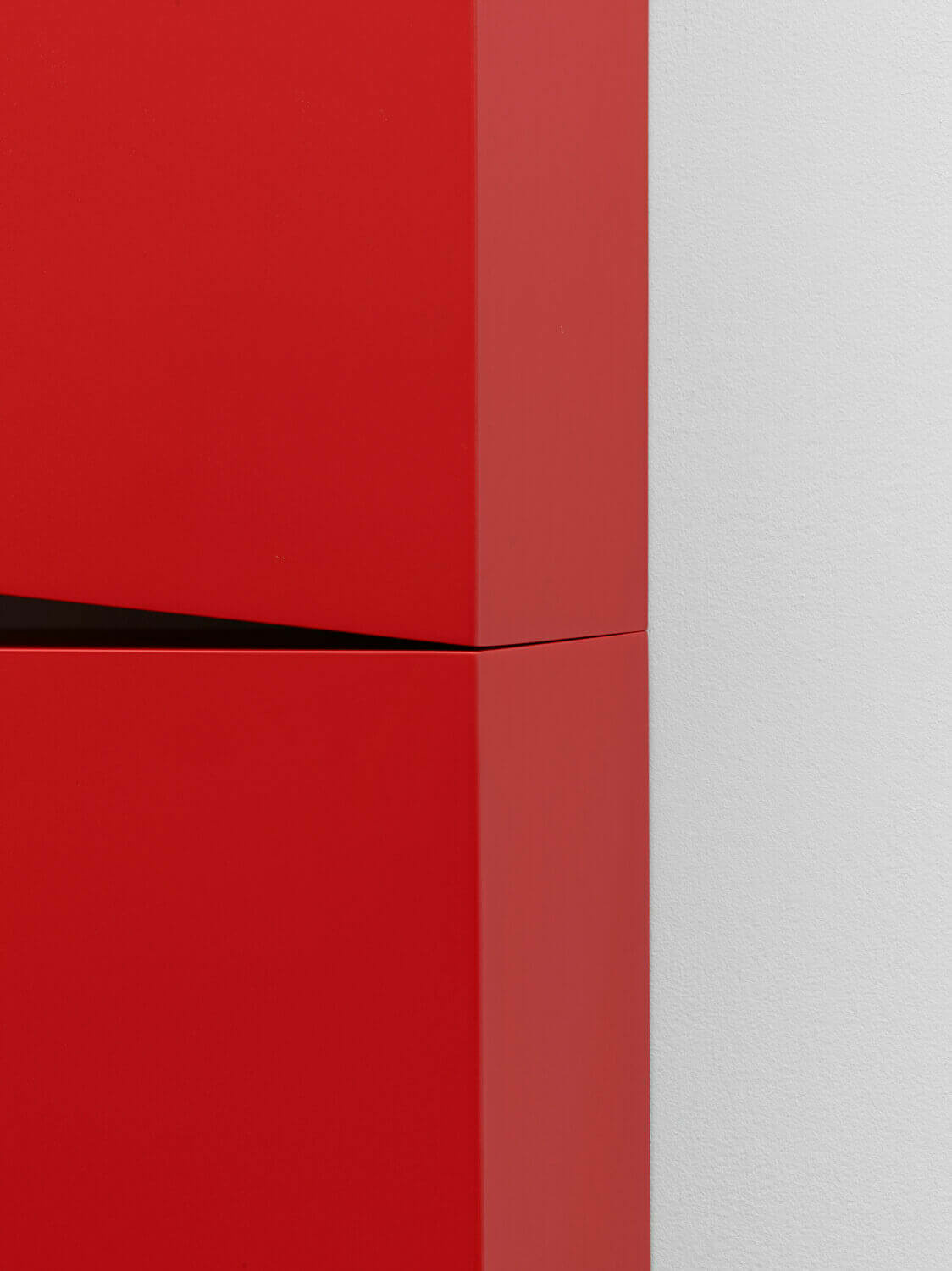 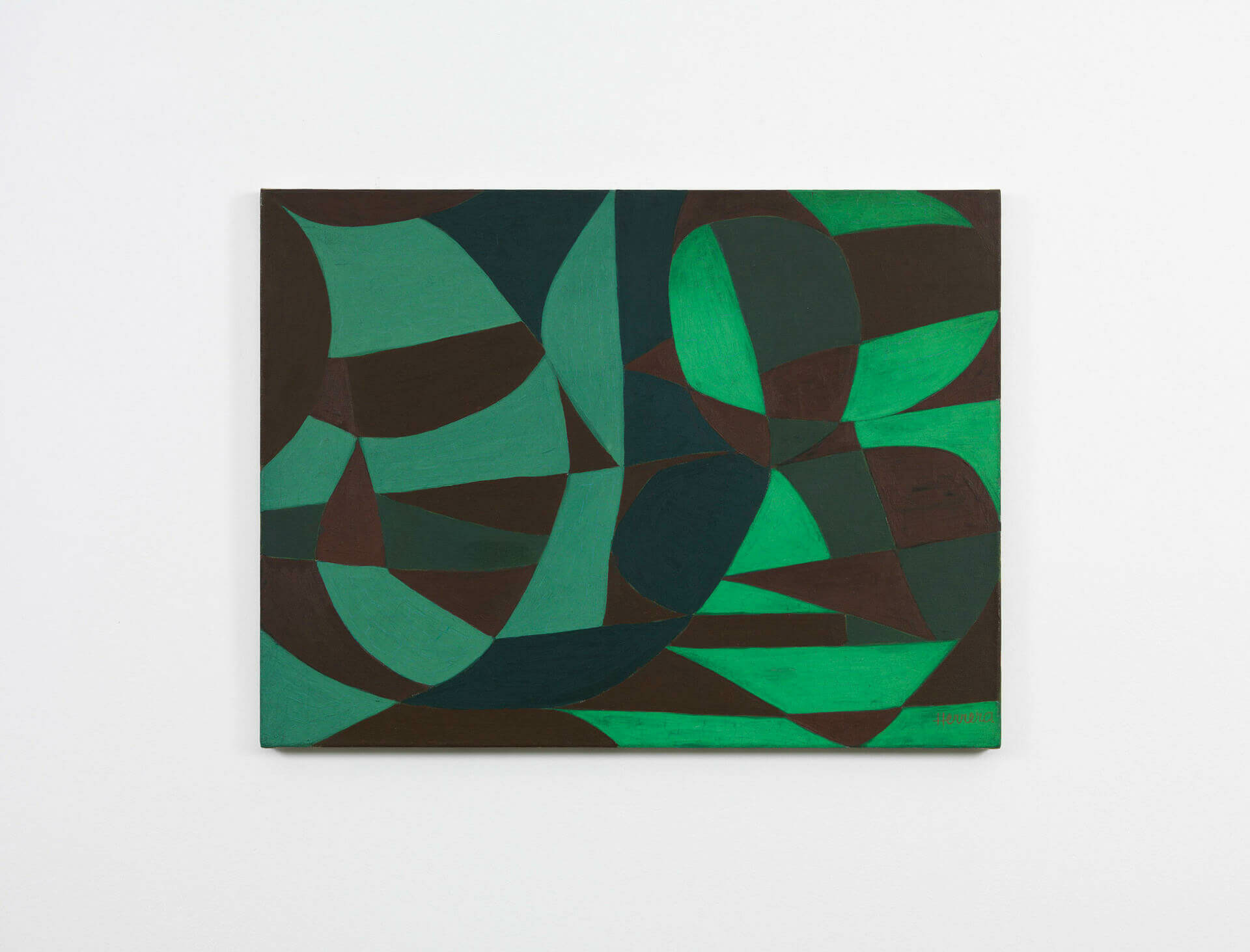 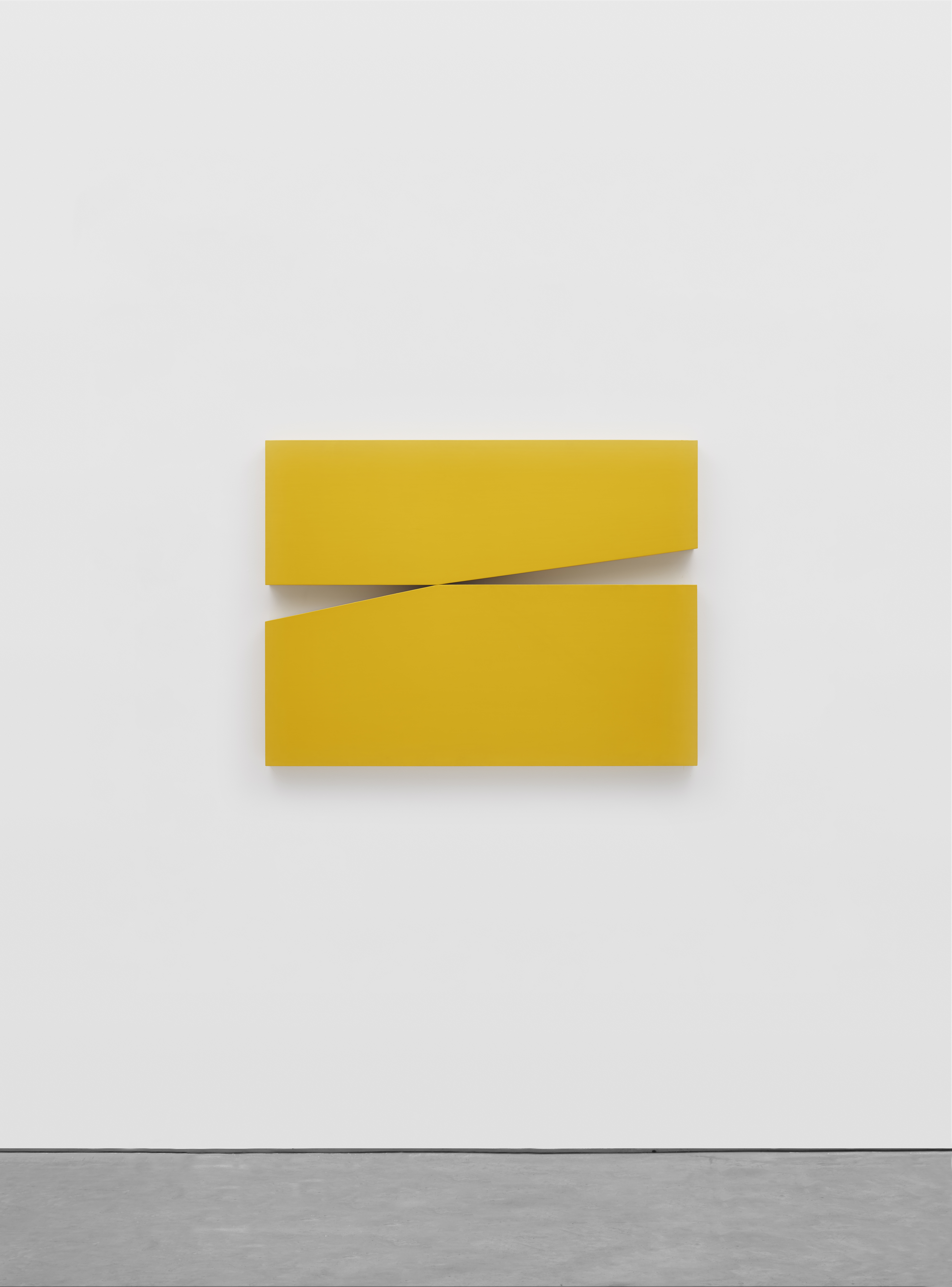 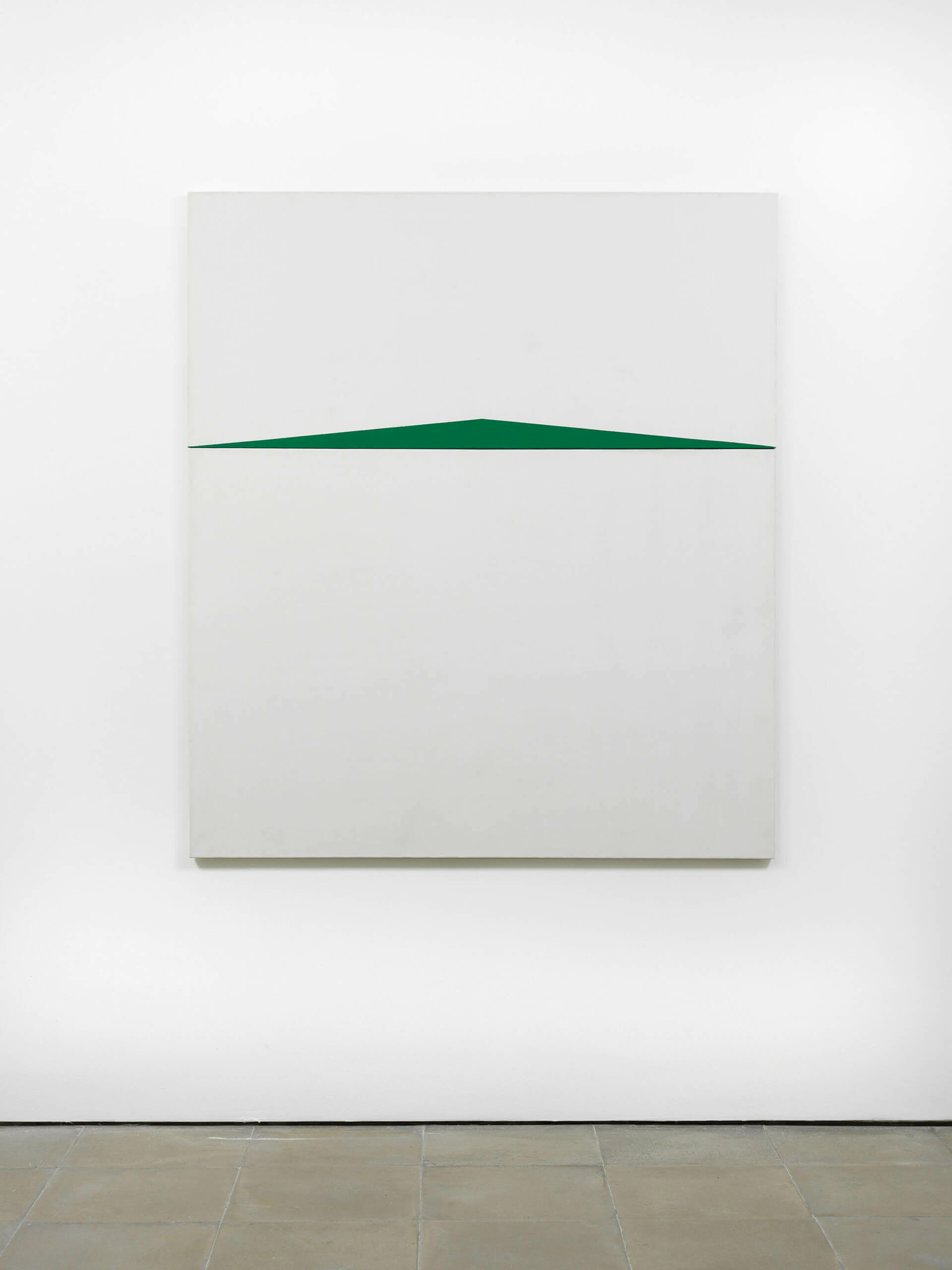 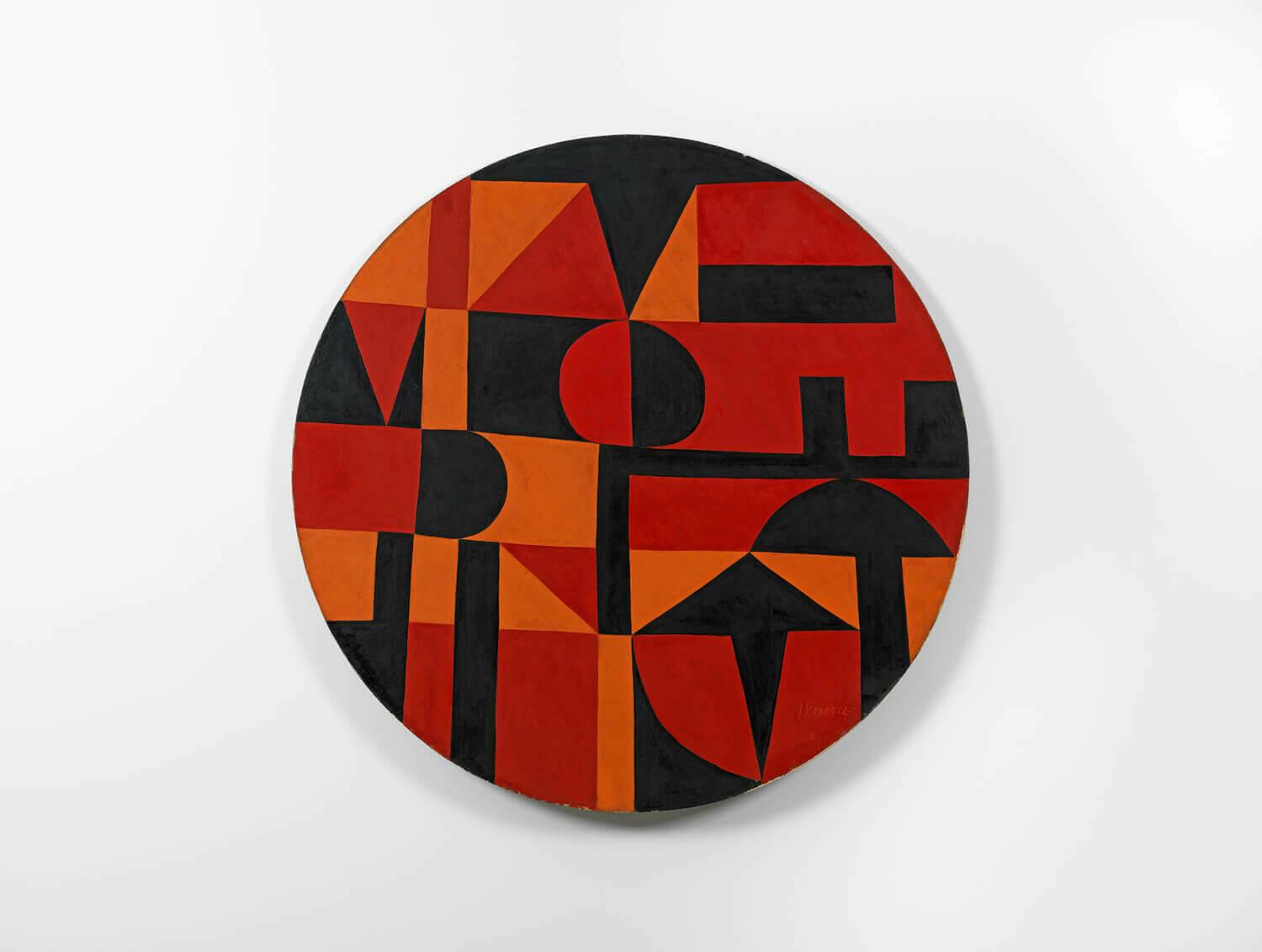 
1949
Acrylic on canvas on board
101.6 cm diameter
40 in diameter
Collection of the Metropolitan Museum of Art, NY, USA 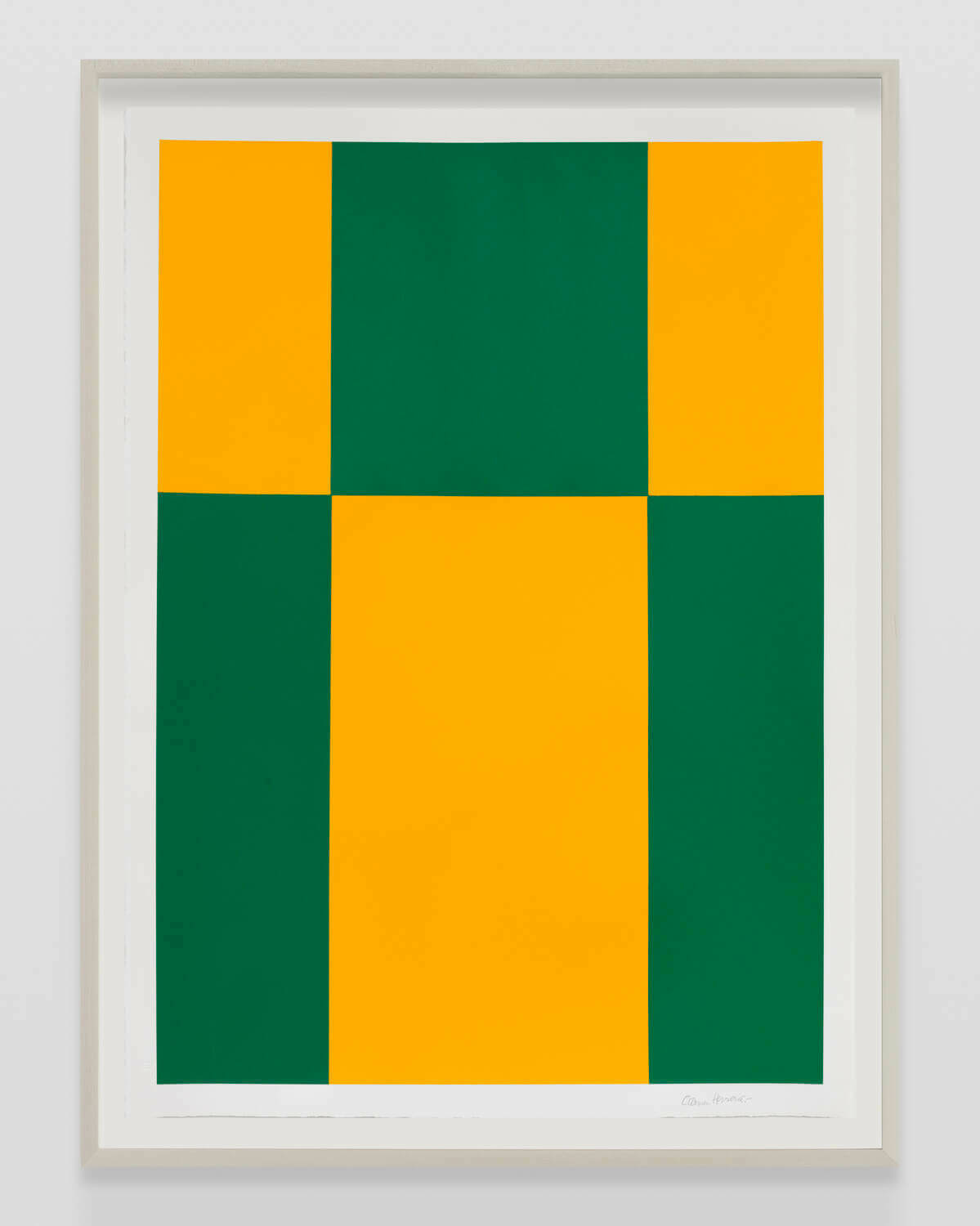 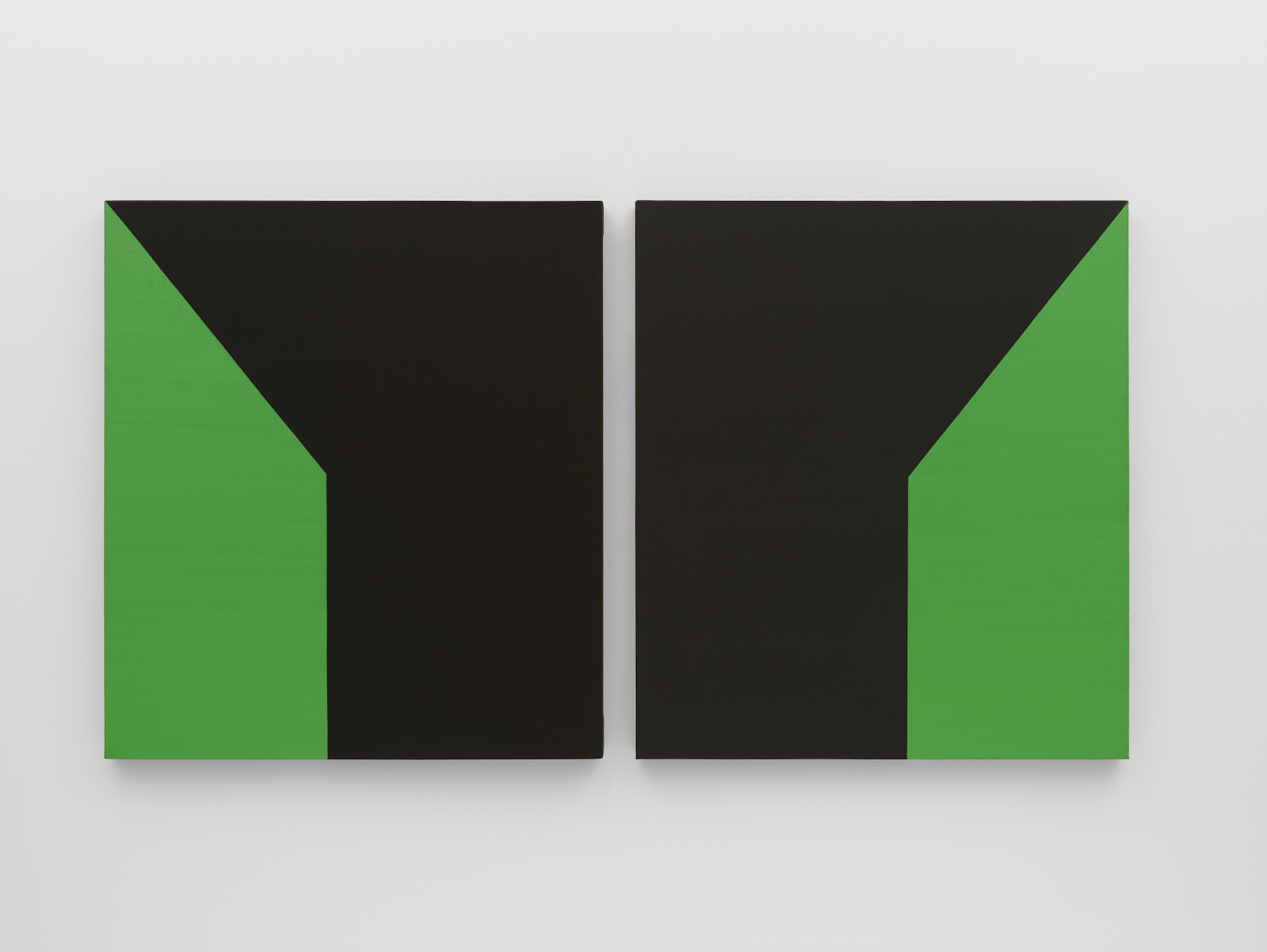 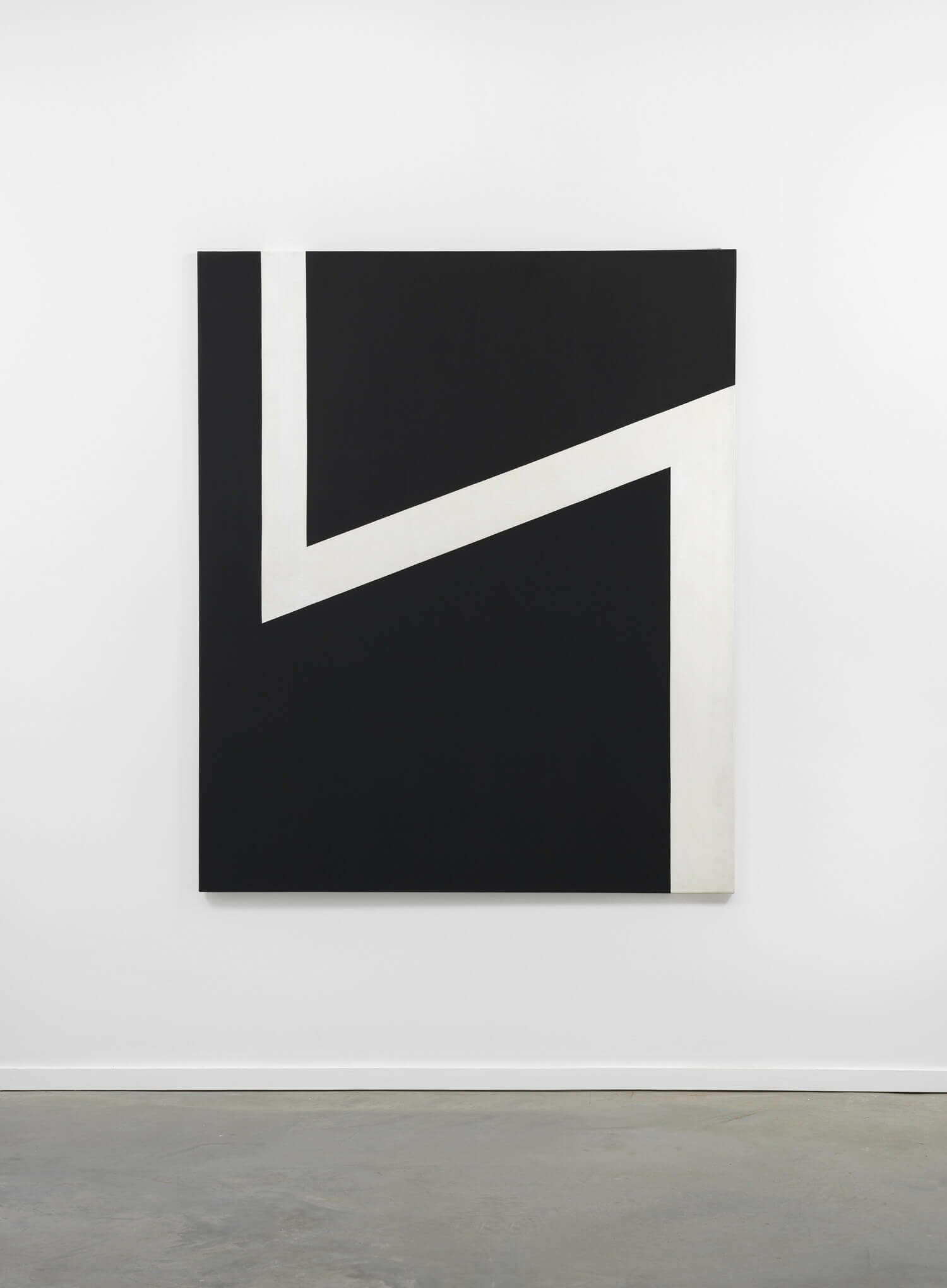 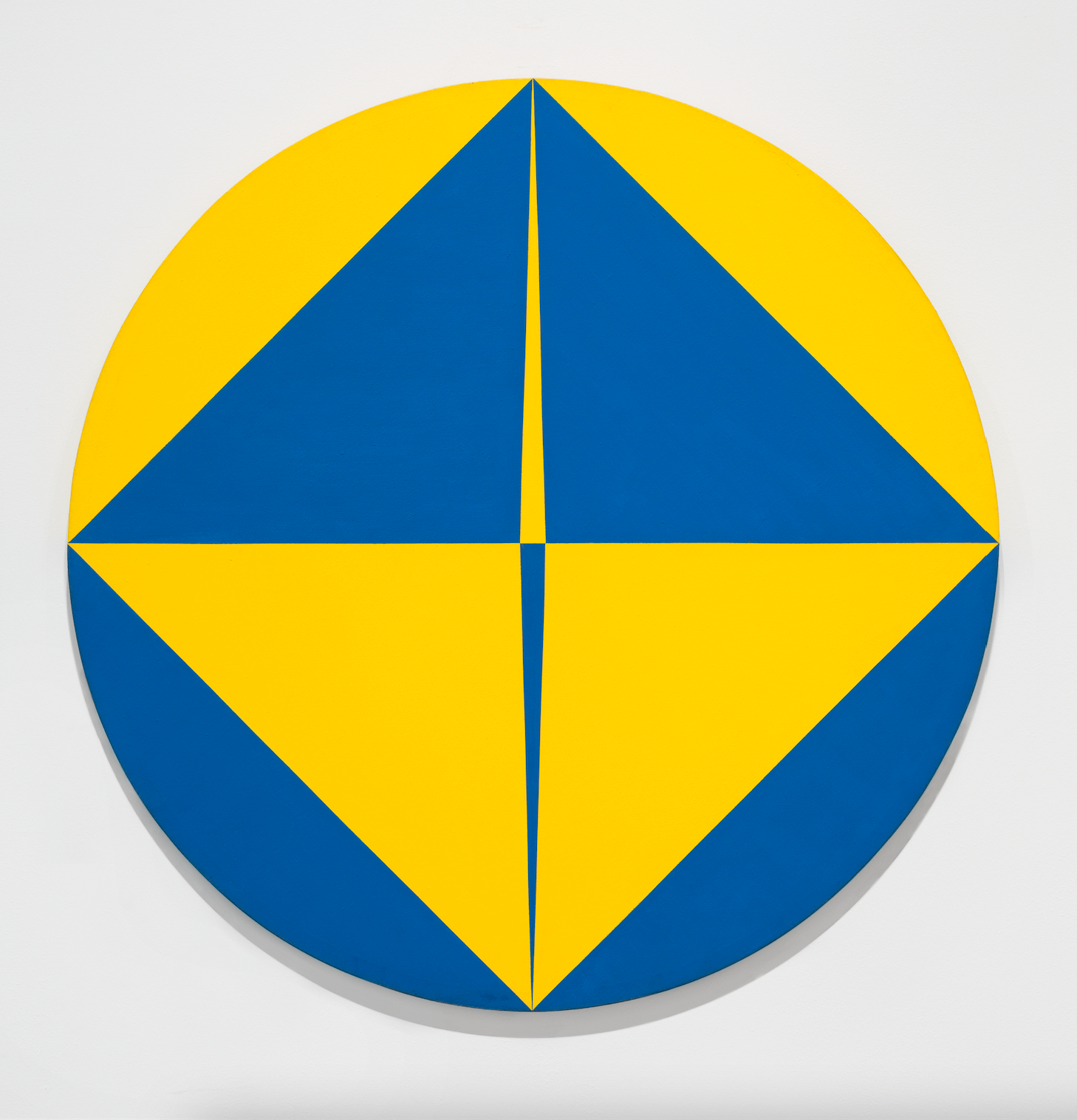 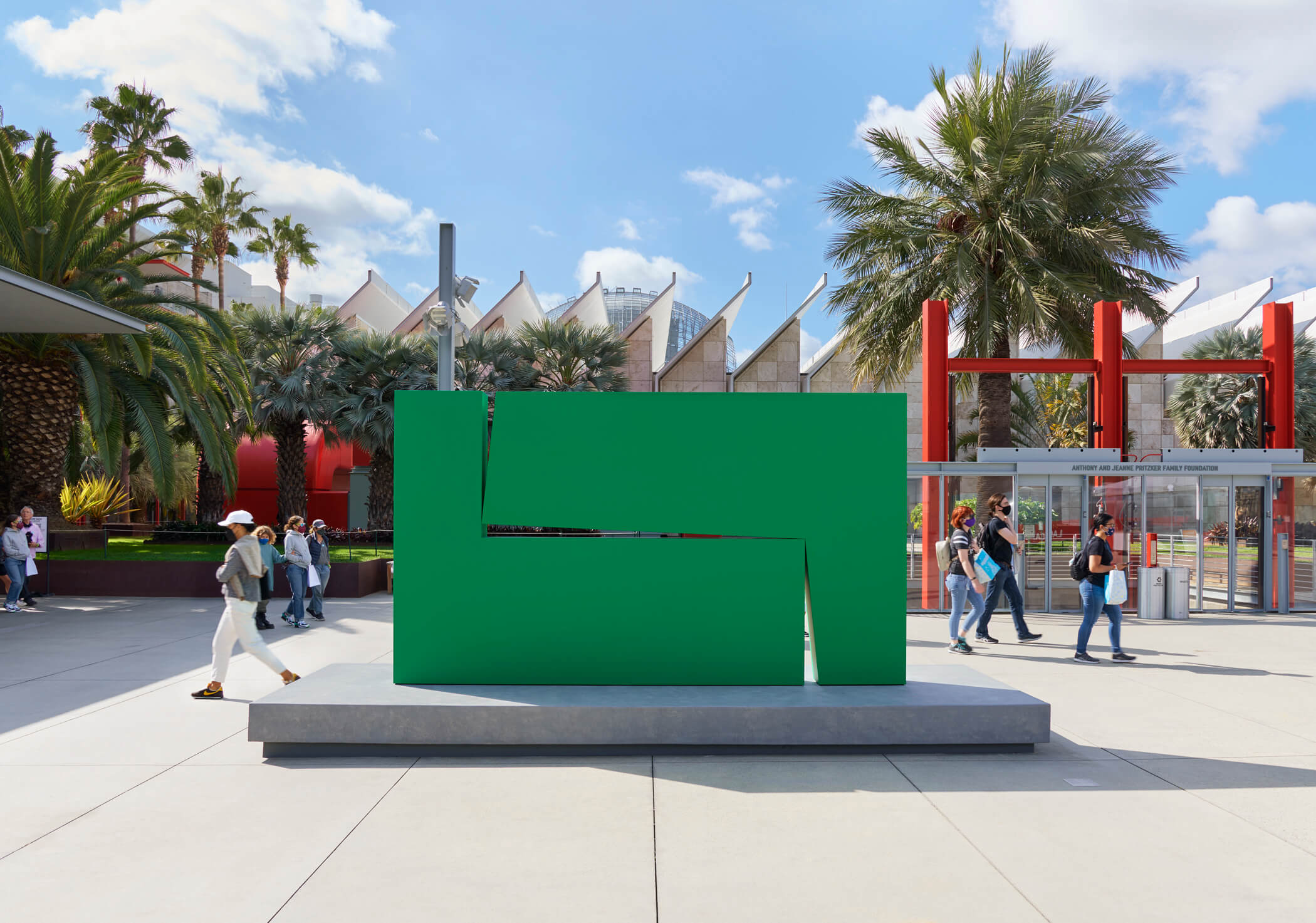 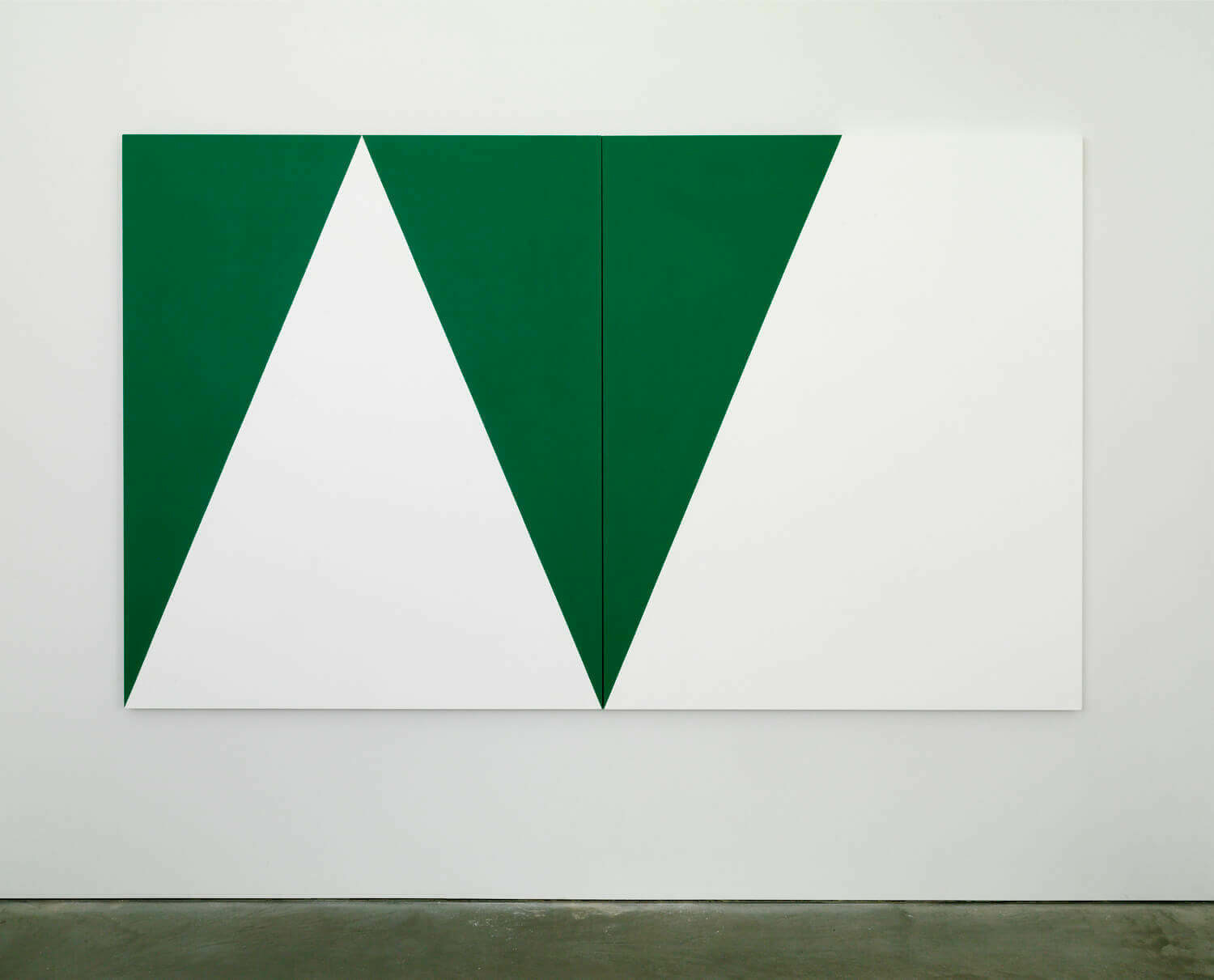