Jorinde Voigt channels external pulse and physical movements into complex drawn notations, featuring webs of interconnected thoughts, forms and words. Perhaps stemming from musical scores or codified system of classification, each of her carefully wrought matrices of colour and line combines elements of gestural chance with highly ordered empiricism, gleaned from the worlds of culture, science, music, history and literature. Whether the starting point is Goethe's Faust, the flight of an eagle (Adler flight), a series of walks, or a simple kiss (Two kissing), Voigt's multi-layered diagrams of each subject so take into account wind speeds, the Fibonacci sequence of numbering, or her bodily interactions with the oversized sheets of paper being worked upon. The intensity and oft geometric intentionality of her hand-scribed mark-making belies the ethereal intangibility of each work, with splashes of gold or silver refuting obvious figurative comparisons, recalling instead the arcane endeavours contained in illuminated or annotated manuscripts. Shifting into sculptural installation, Voigt maintains ago systematic structures and temporal processes, creating objects as equivalencies for seeking non-visual concepts as Grammatik (Grammar) or Collective Time (both 2010). Her desire to translate, transcribe and record essentially incommunicable phenomena – including musical dynamism, philosophical notions, personal emotions or her own interior monologue – leads, not to chaos, but rather to a collision between the bygone idealism of compartmentalised modernism and the realisations of a post-modern, universal condition in which everything is interdependent ultimately. 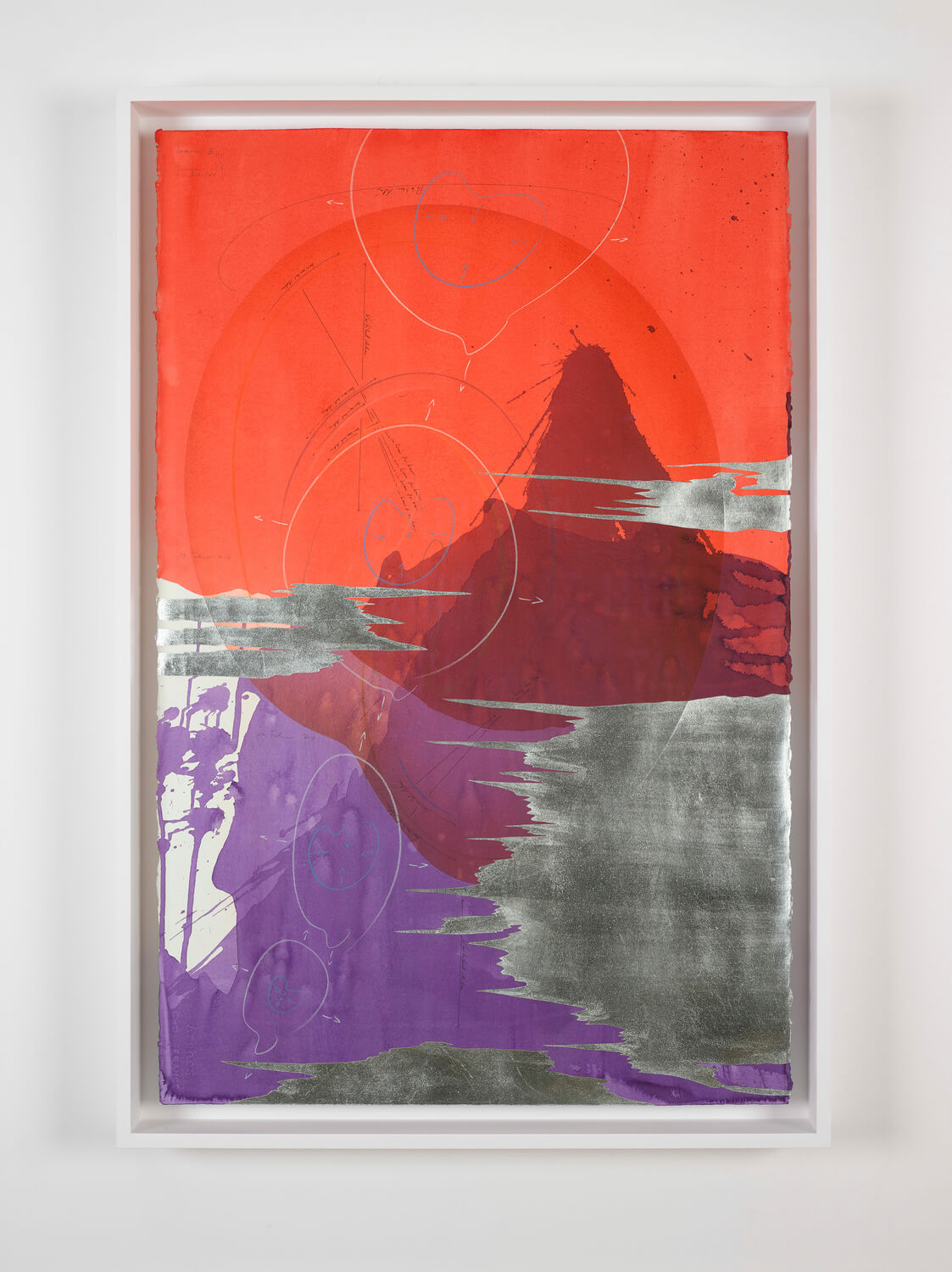 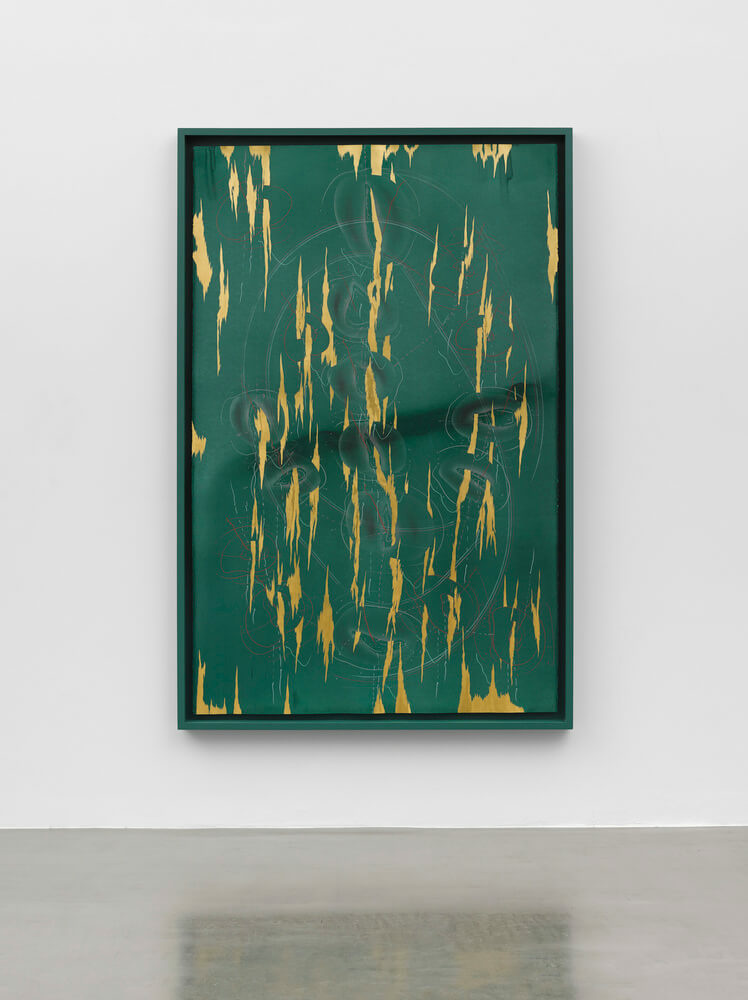 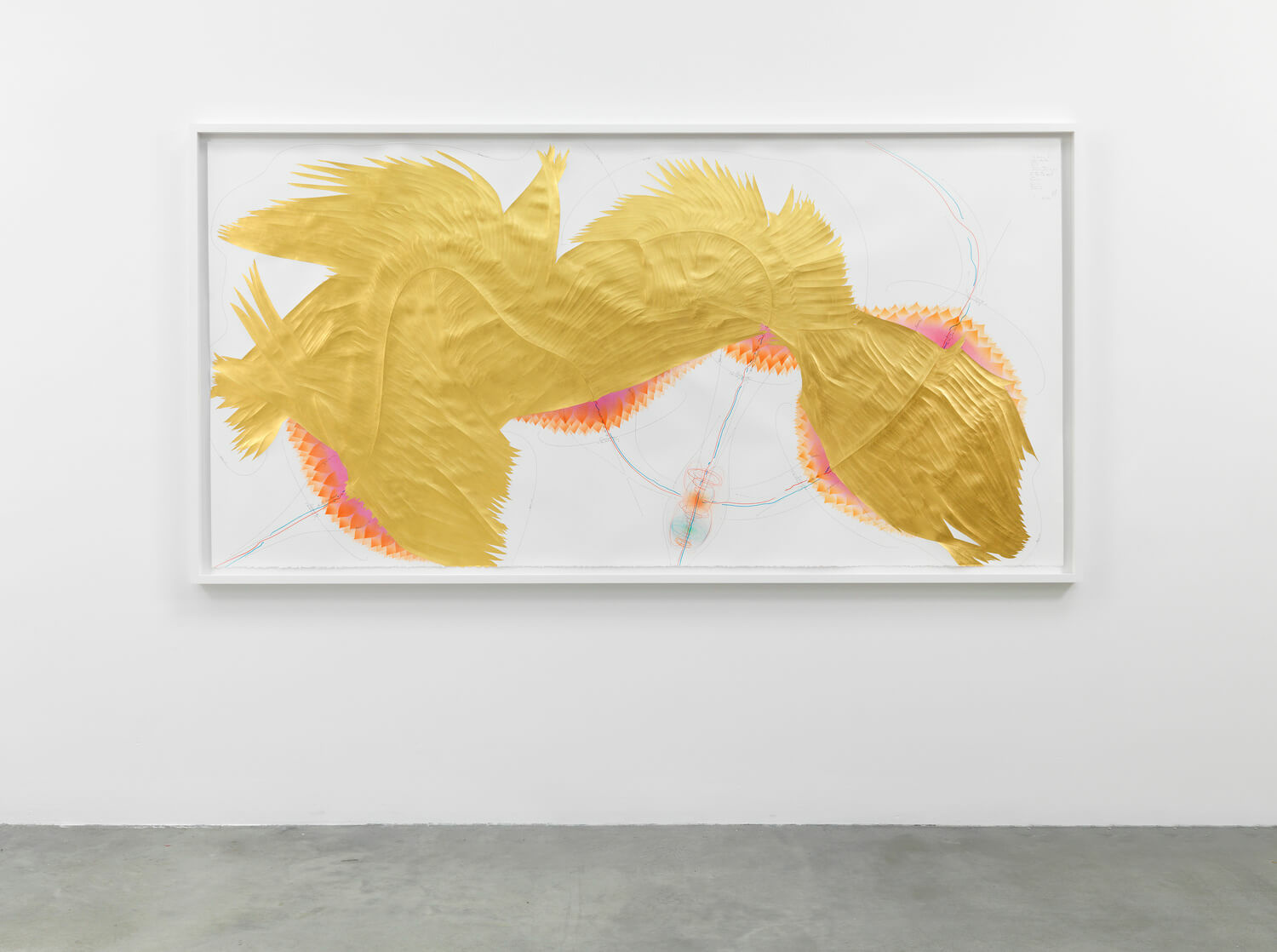 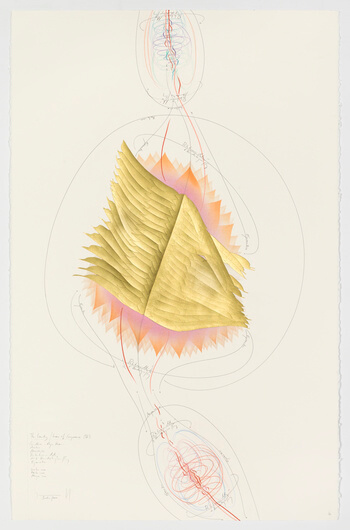 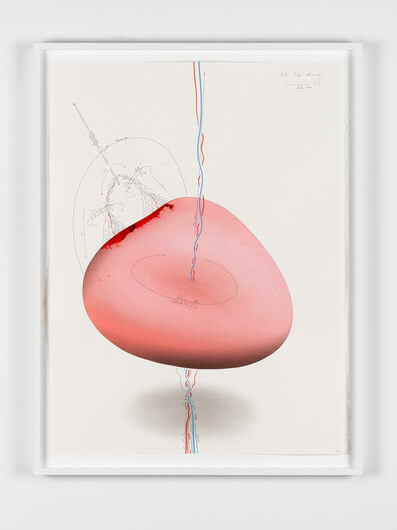 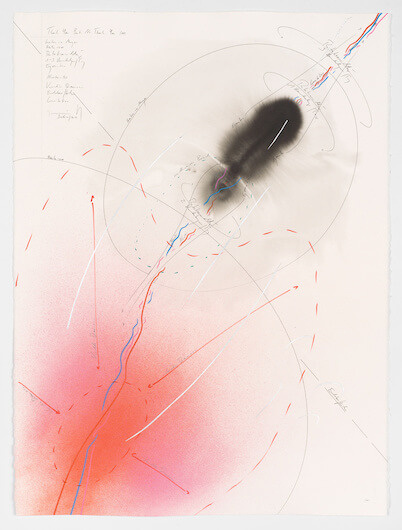 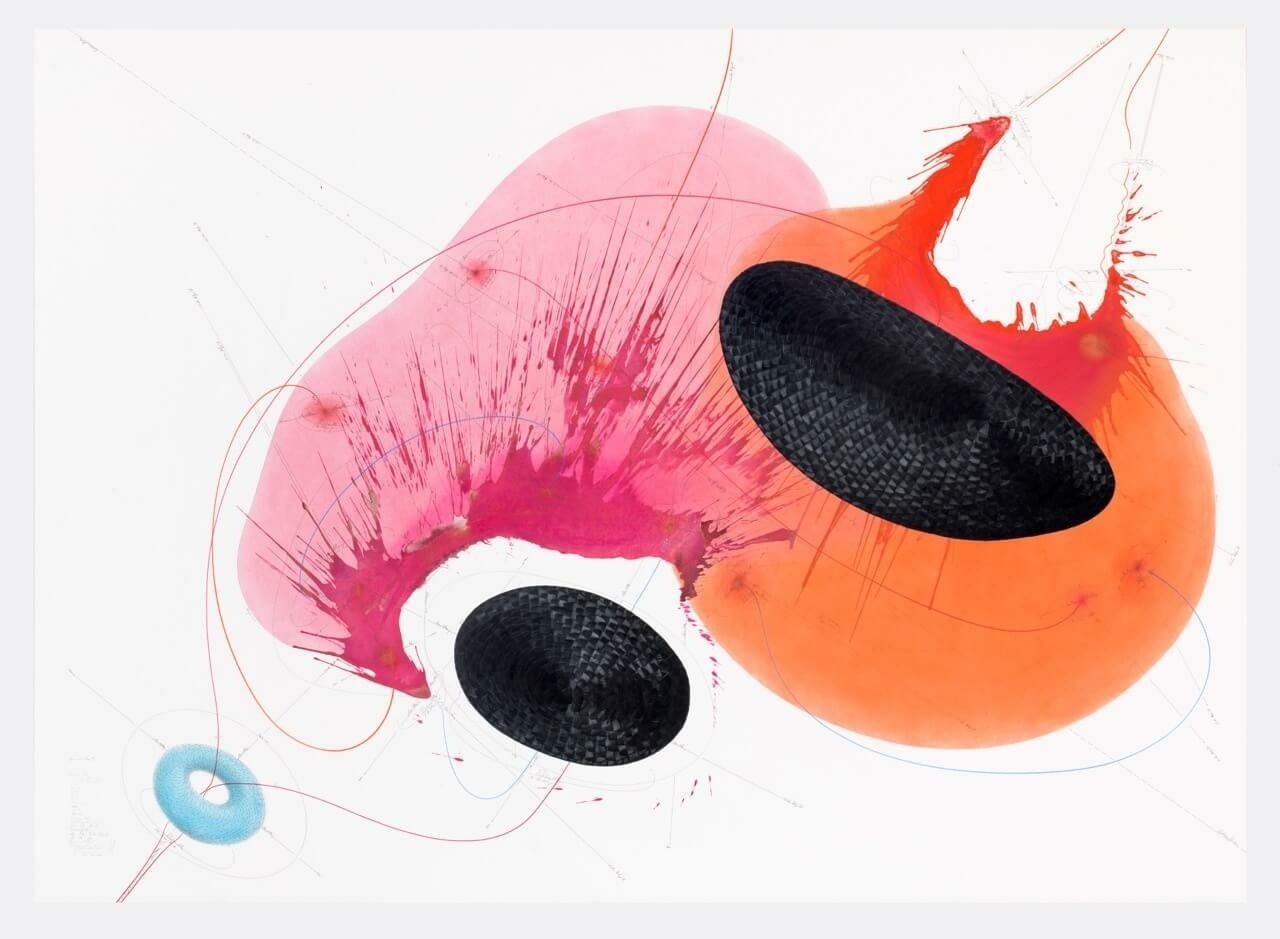 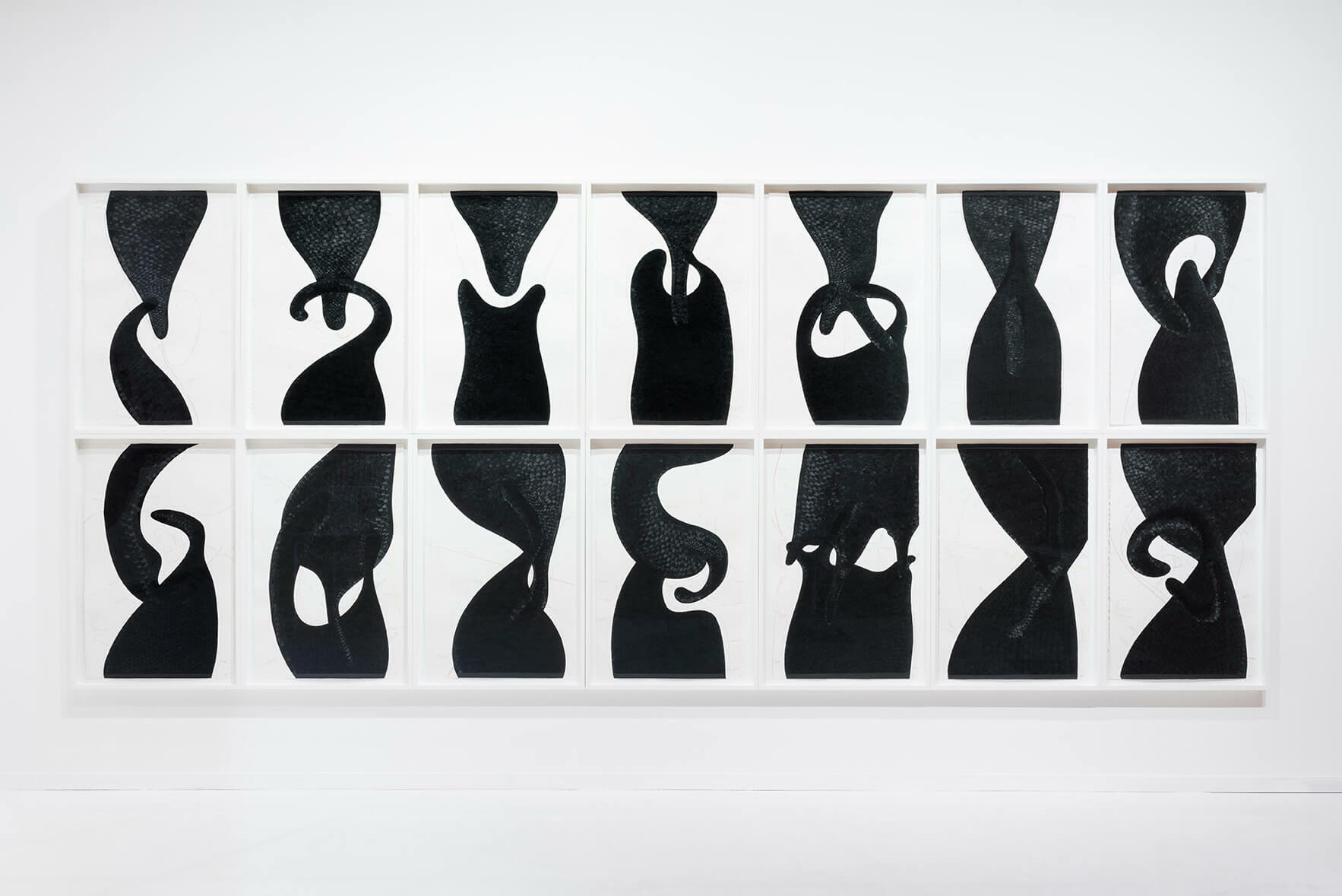 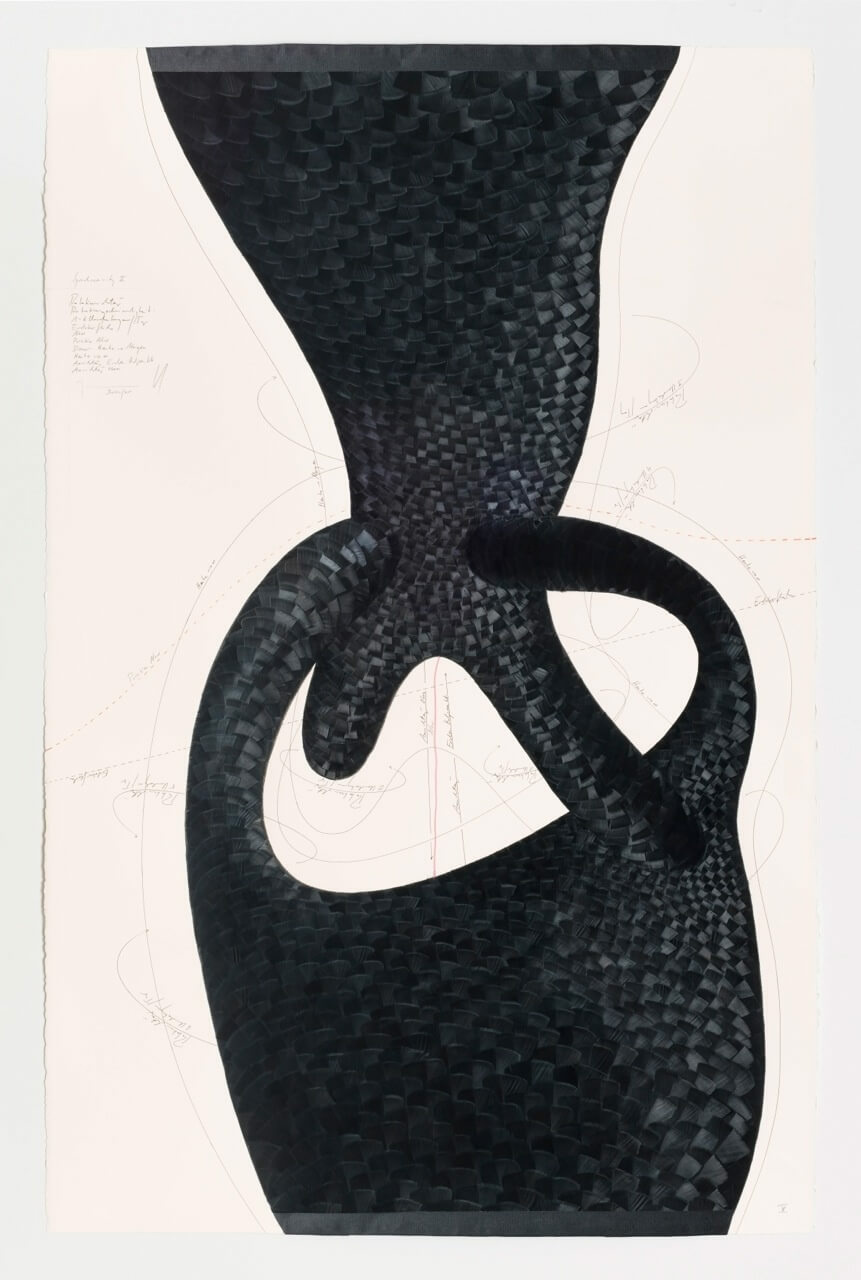 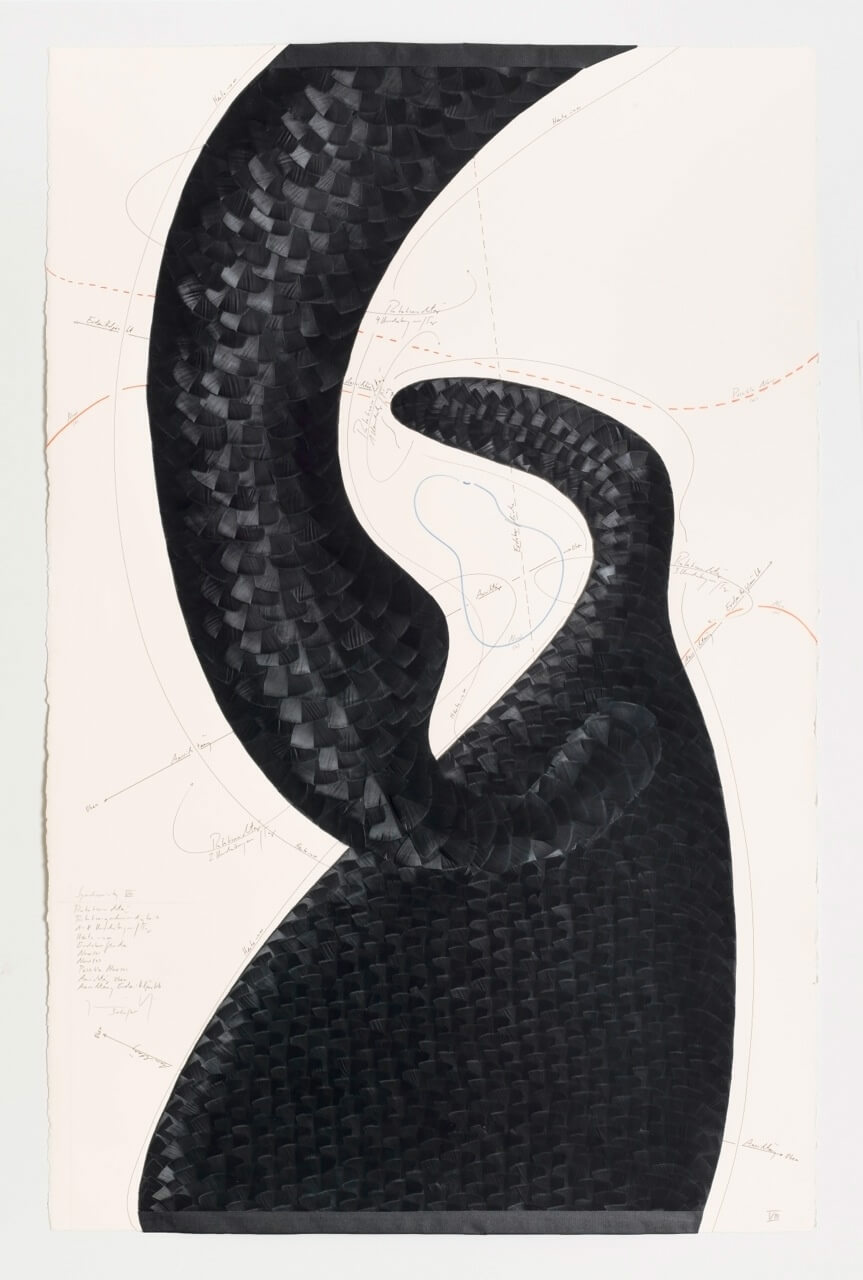 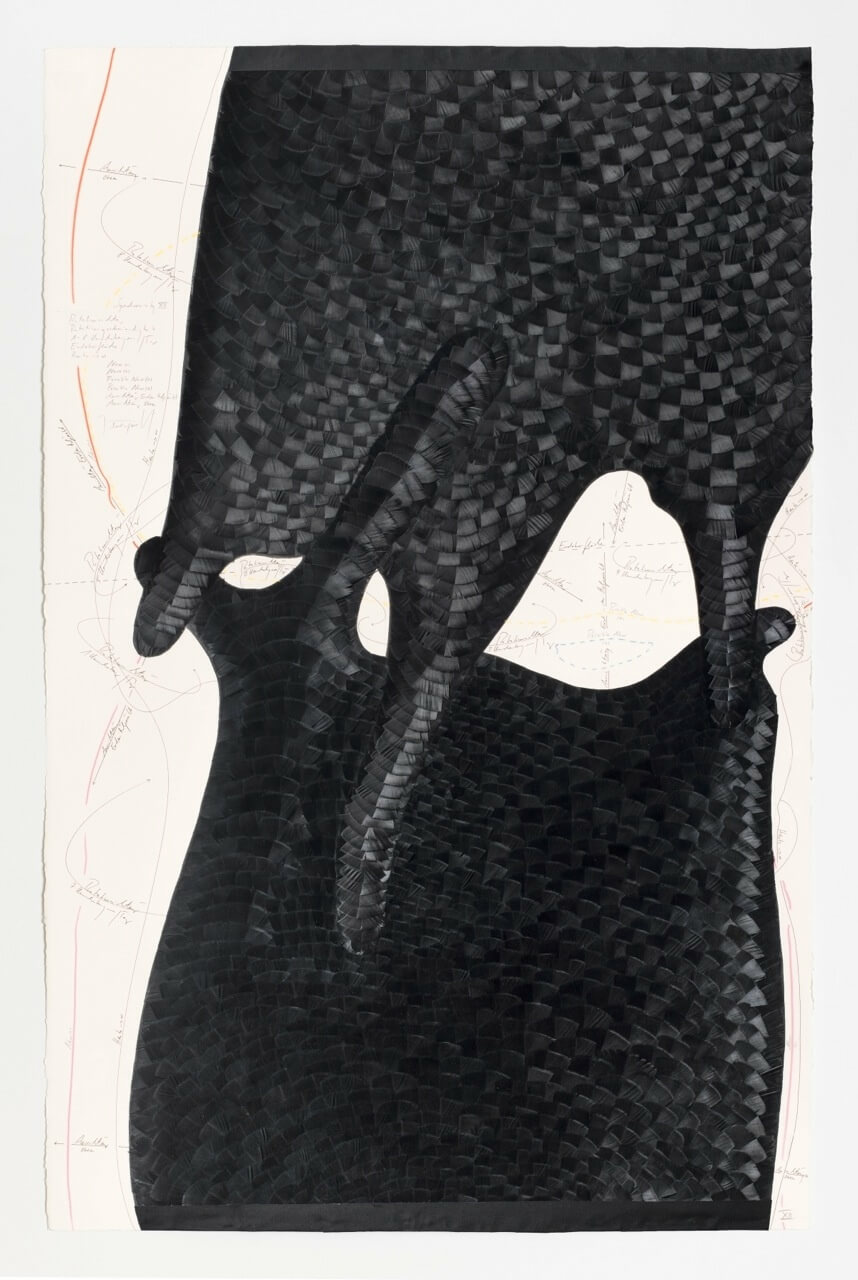 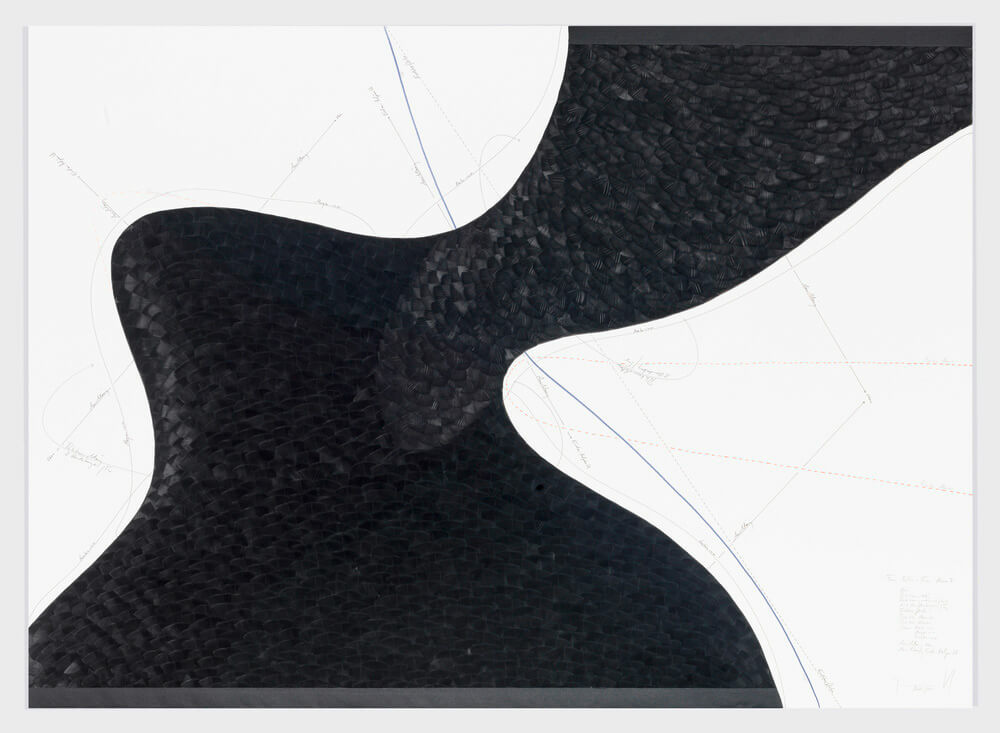 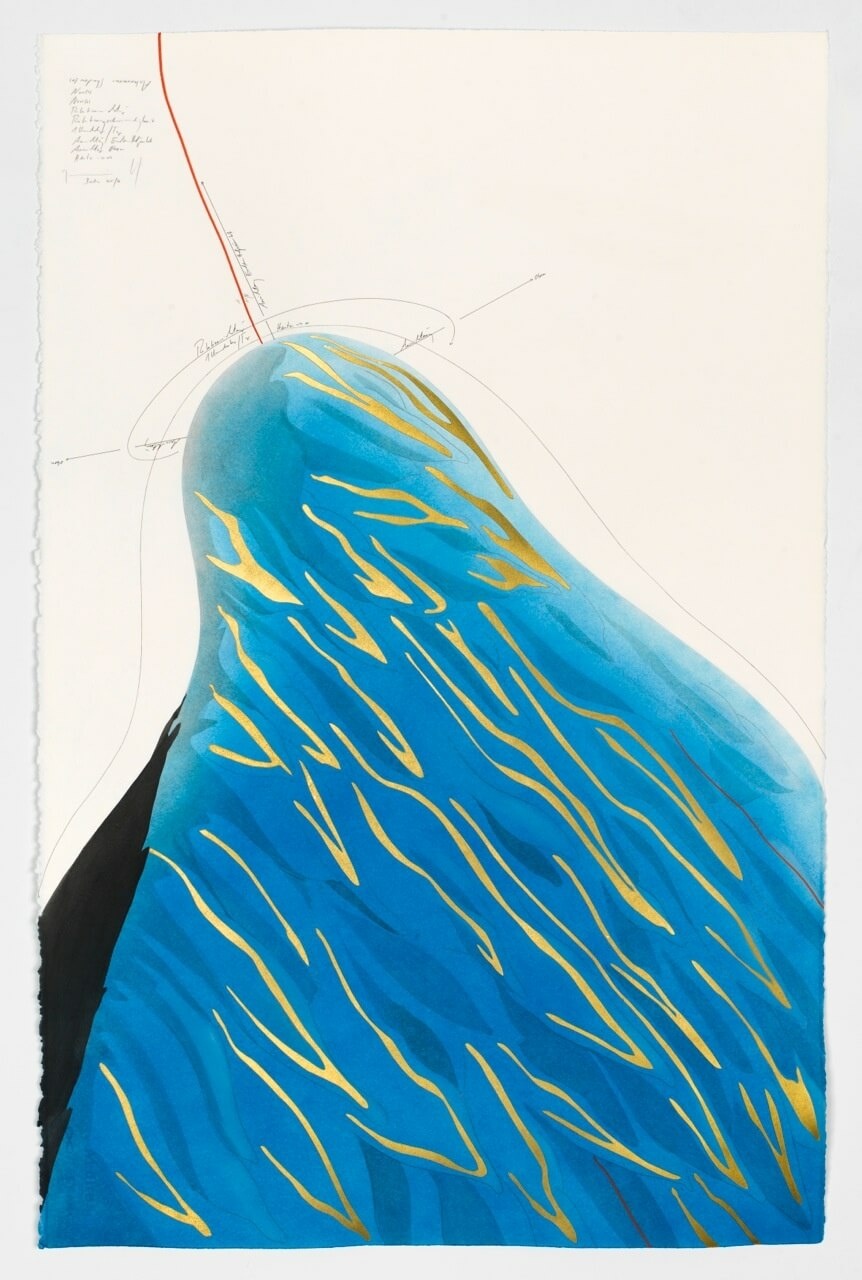 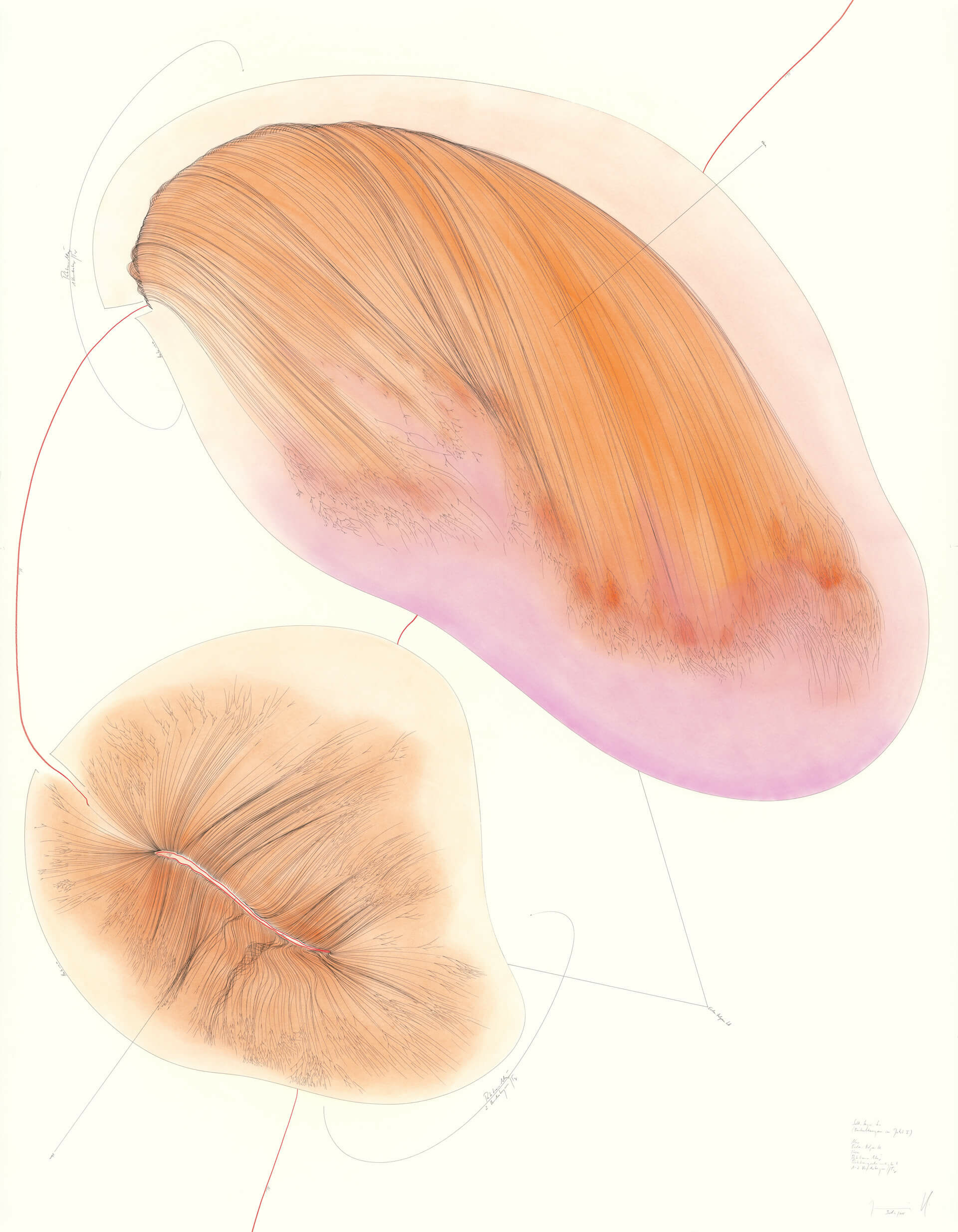 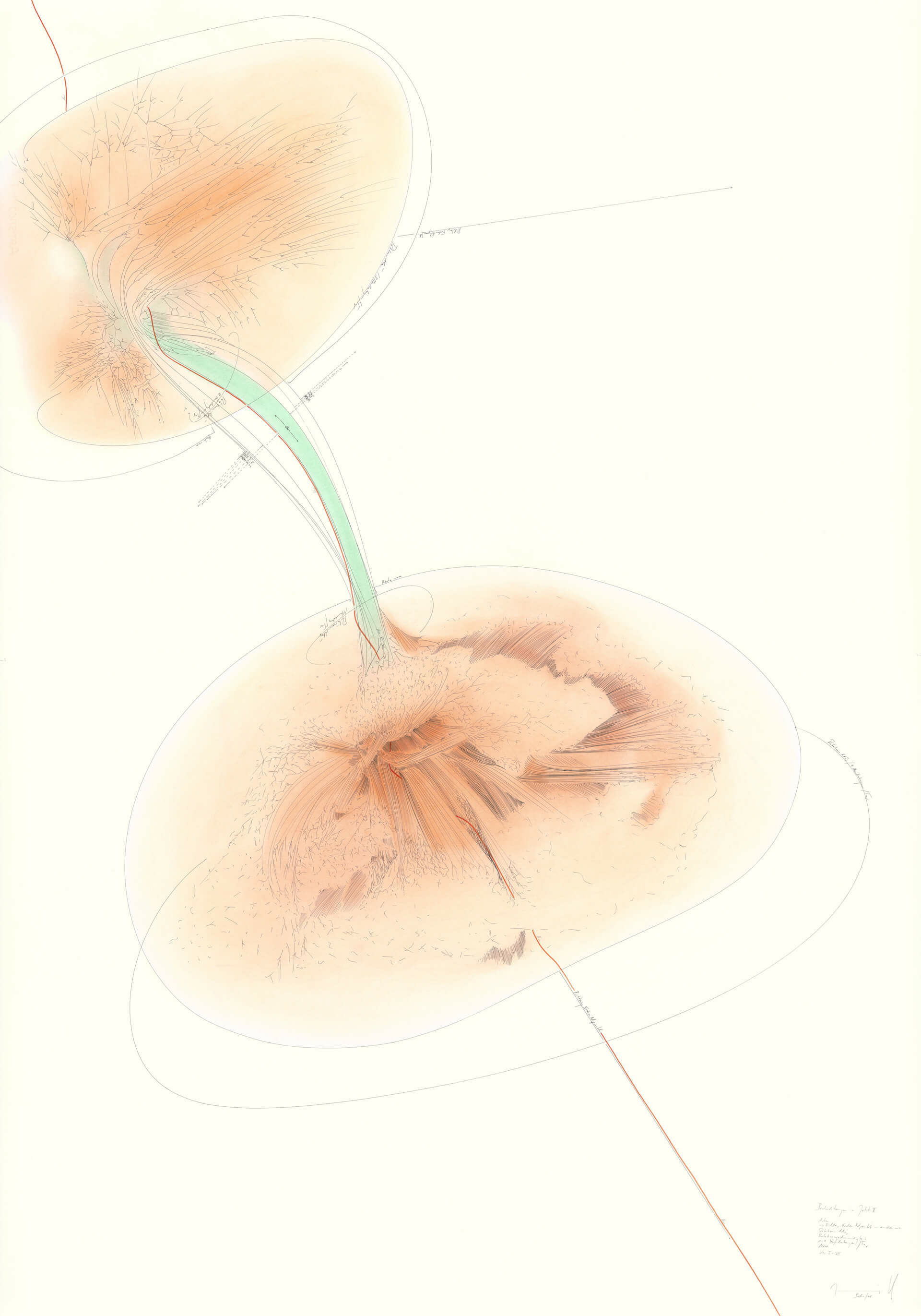 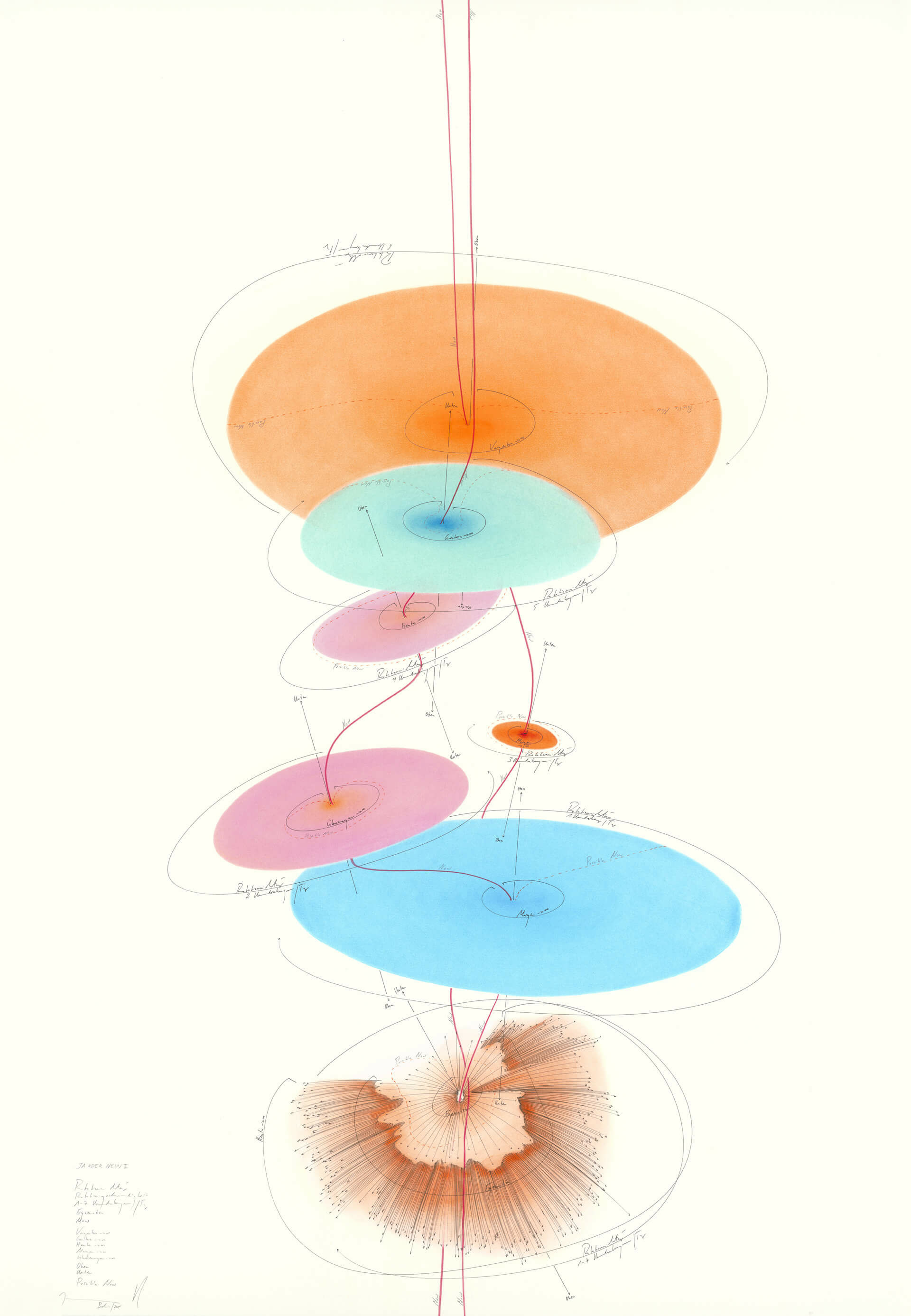 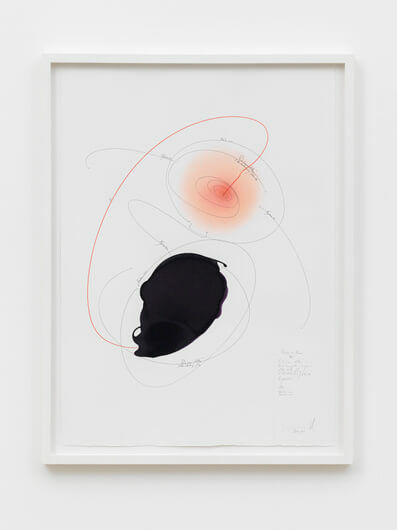 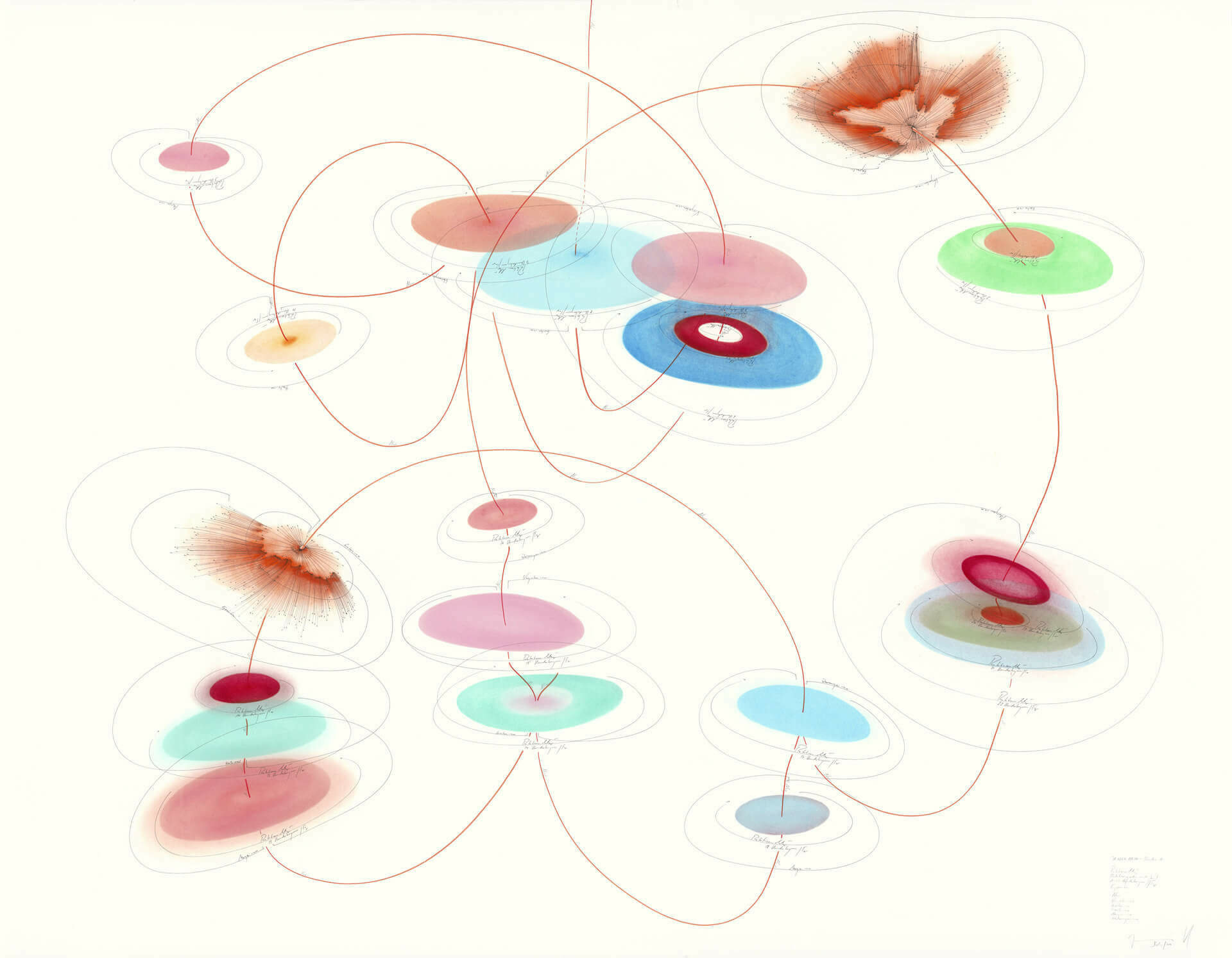 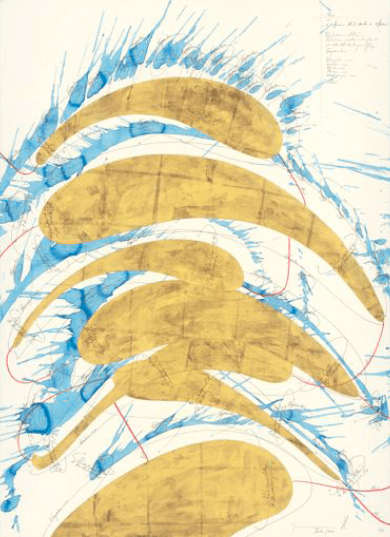 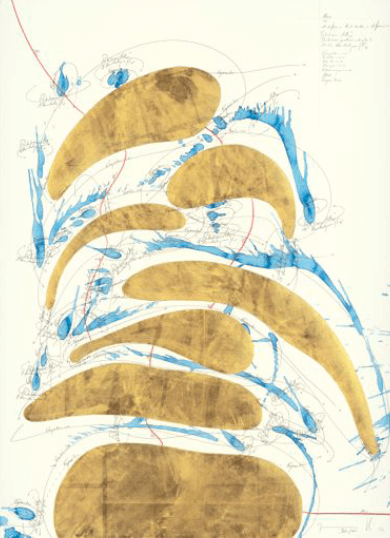 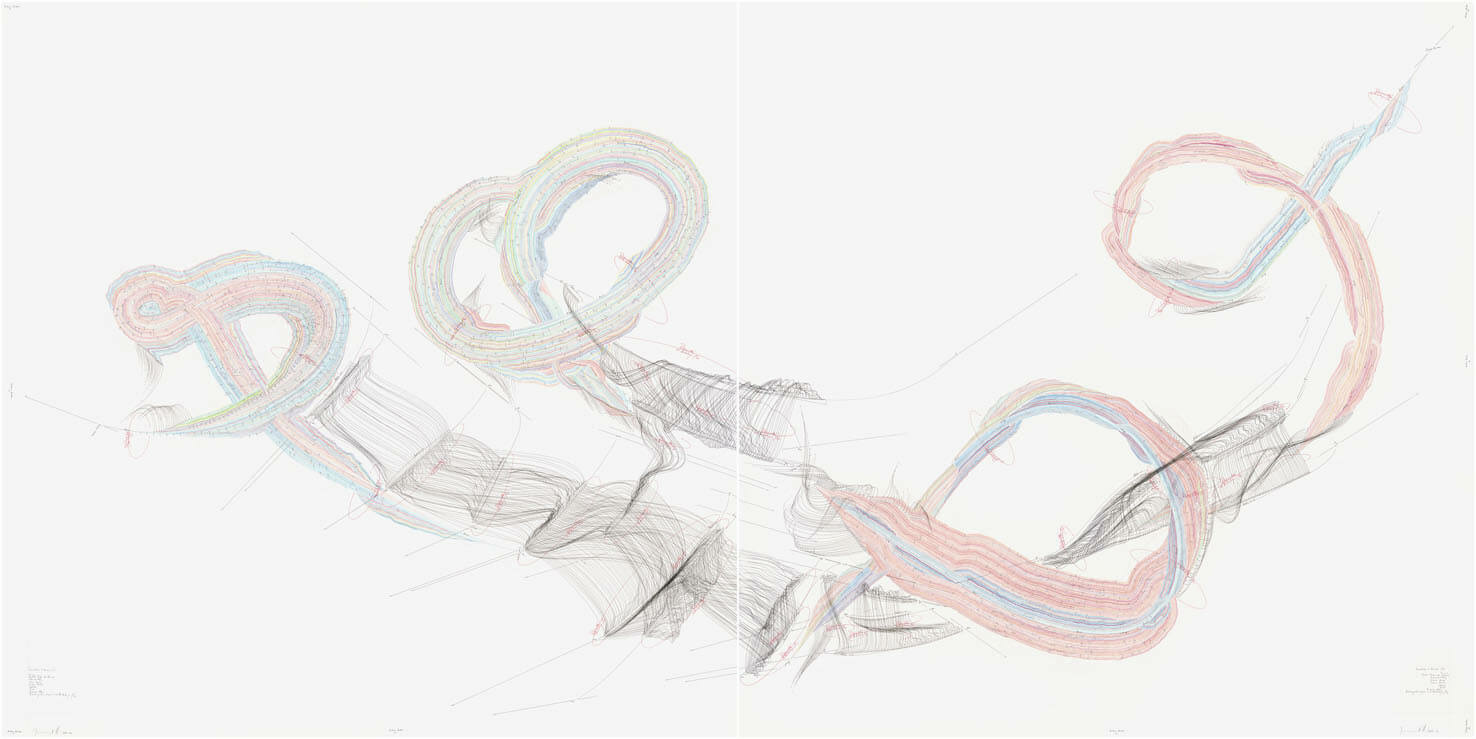 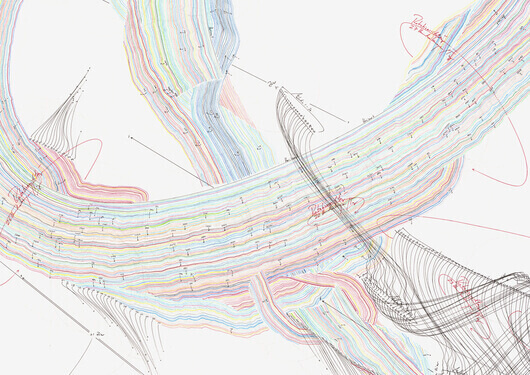 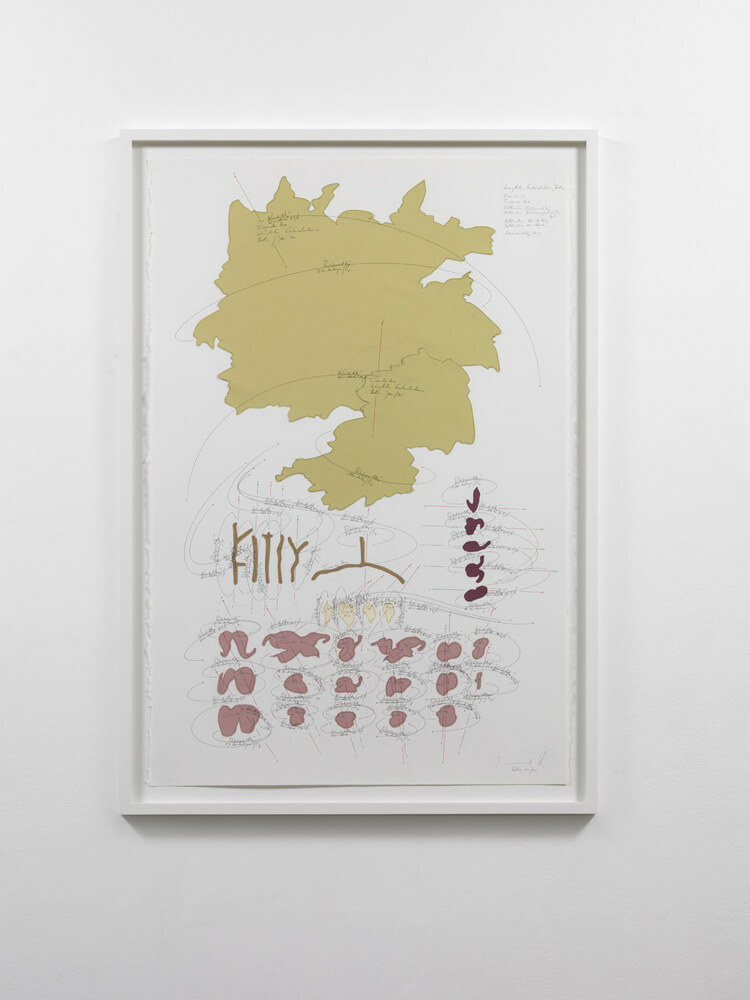 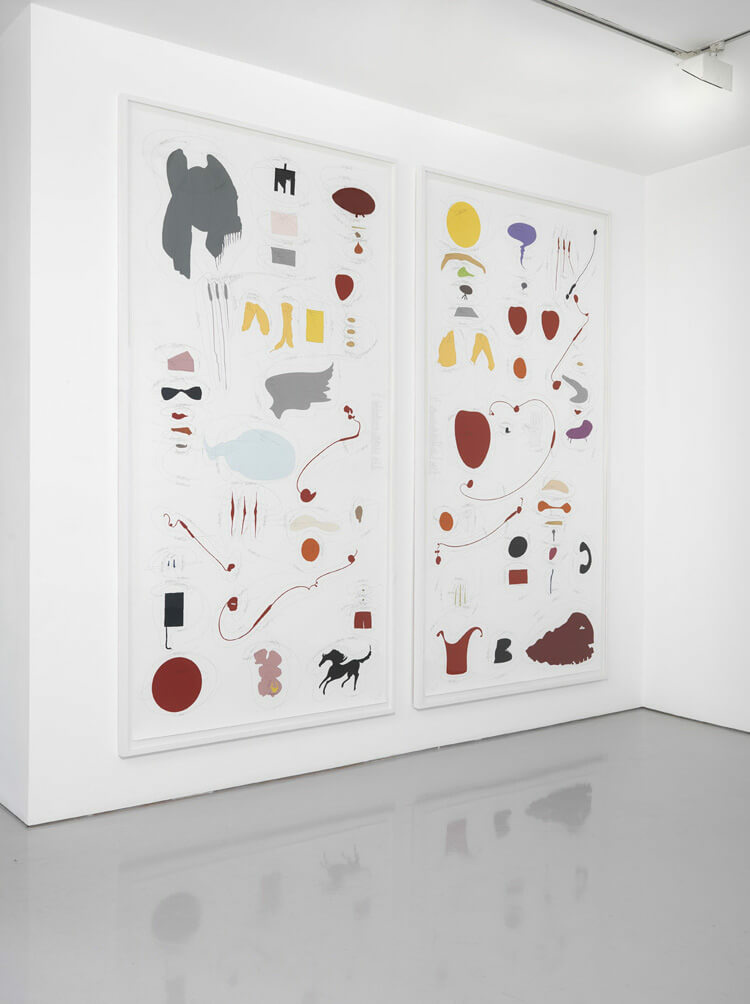 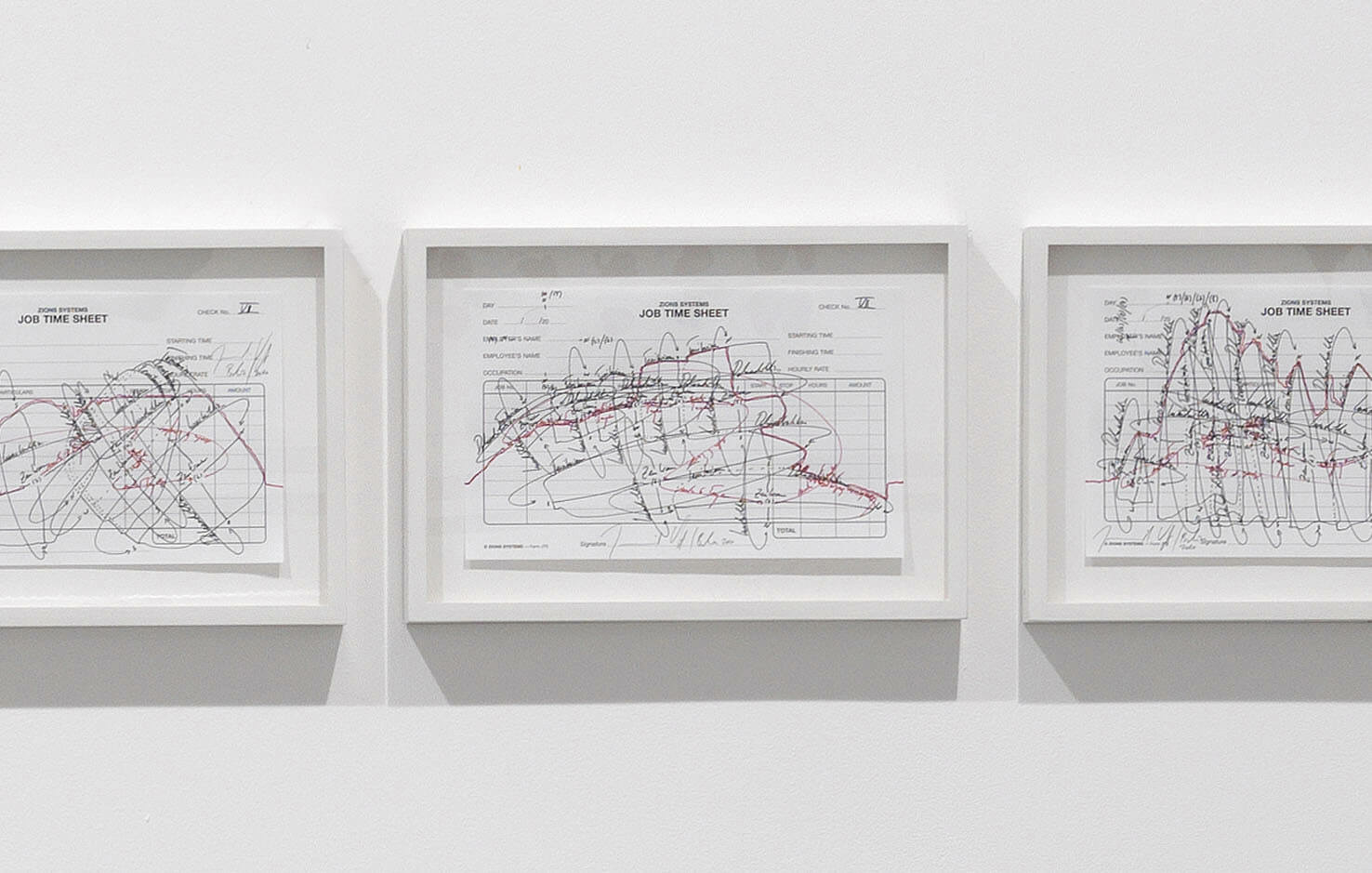 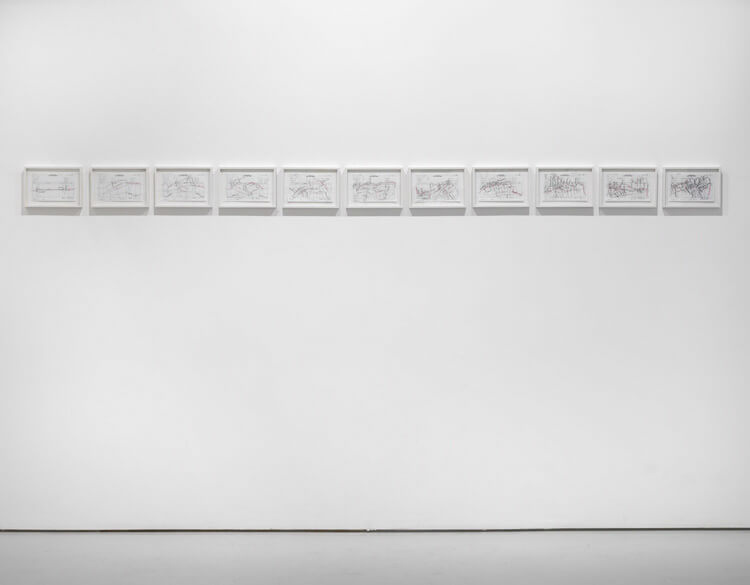 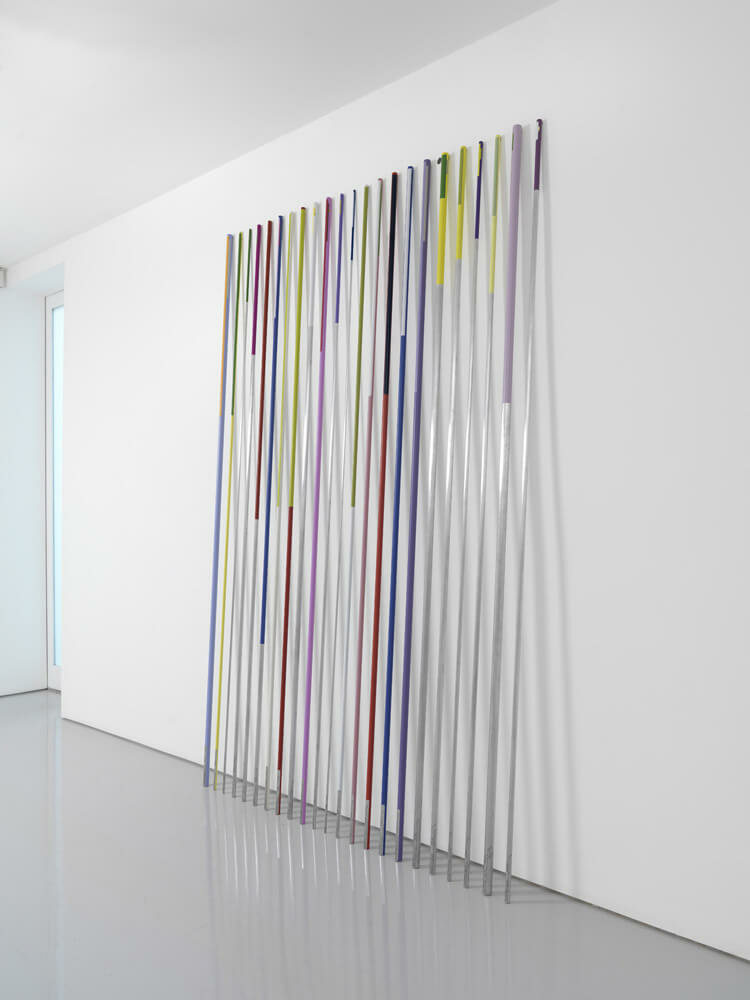 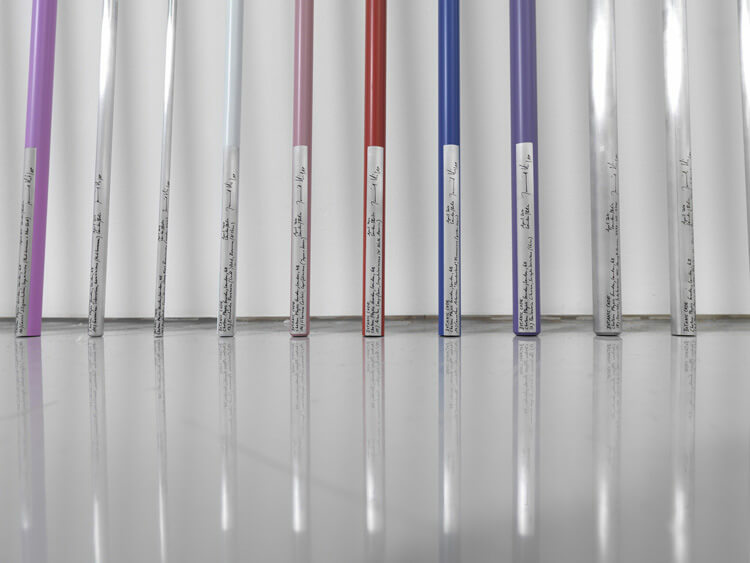 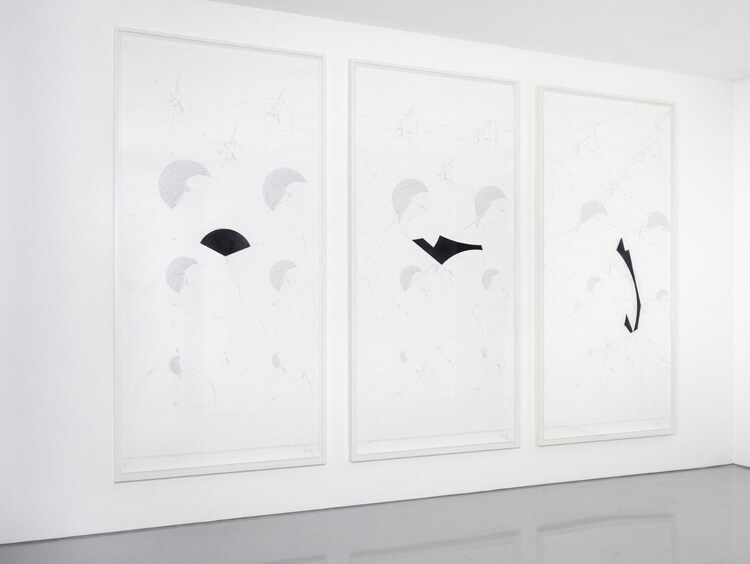 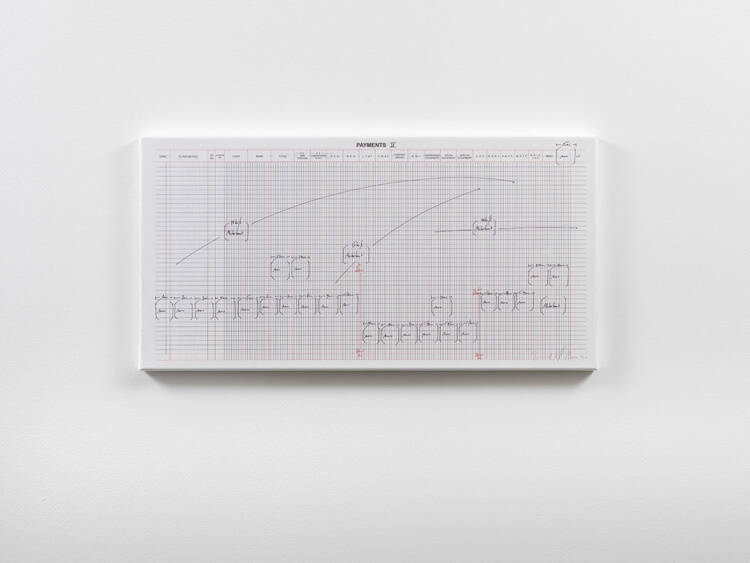