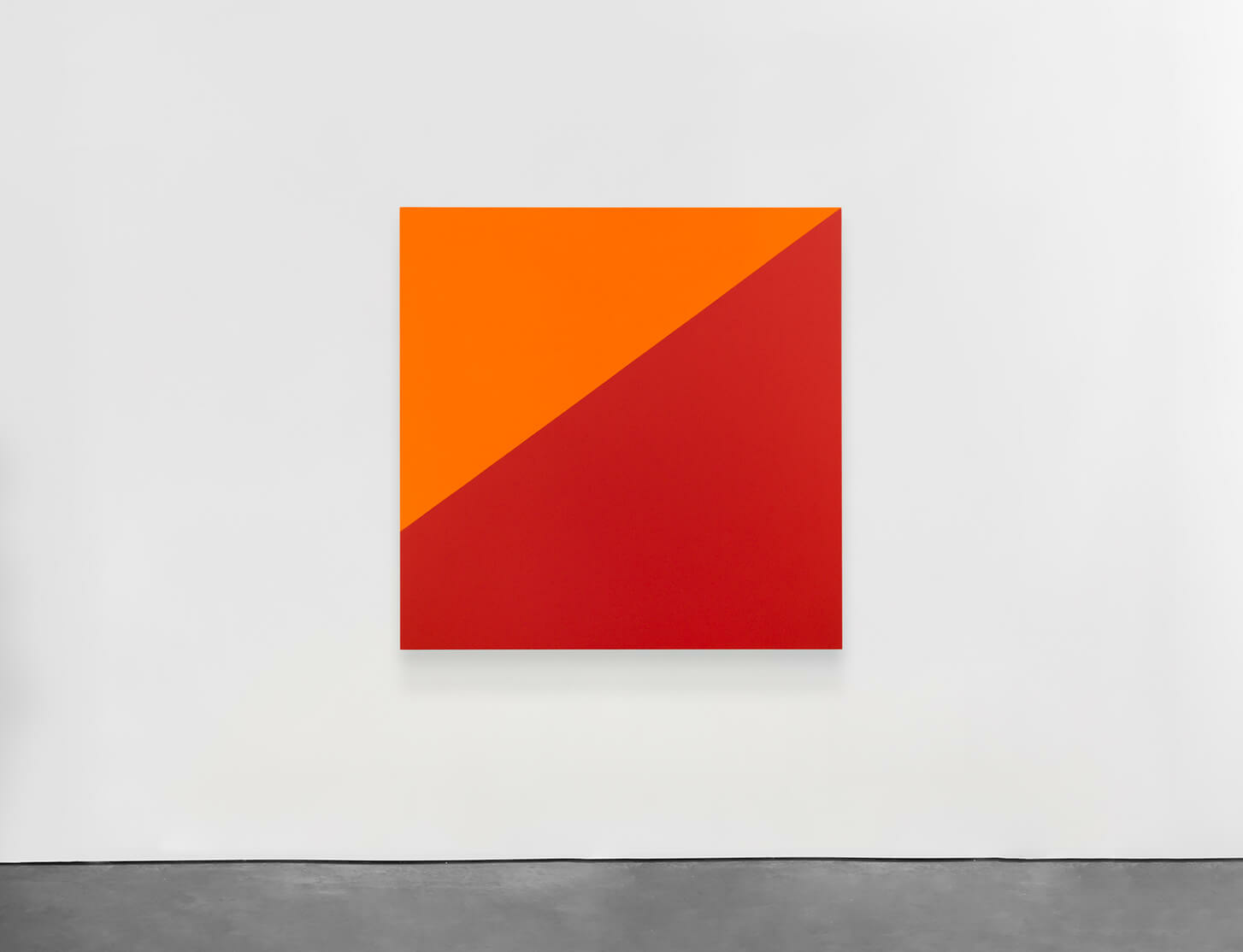 For the second exhibition in the new East Hampton location, Lisson Gallery is pleased to present a recent painting and corresponding painting on paper by Carmen Herrera. The works on view will be included in Carmen Herrera: Painting in Process, a solo exhibition at the gallery’s location at 504 West 24th Street in Manhattan that will be on view from September 10 to October 24, 2020. 'Colour Me In', an exhibition of important and rarely seen works made in the mid 1980s and early 1990s, will also open at The Perimeter in London on September 25.

Since her time in Paris in the late 1940s when she first developed her signature hard-edged style, Carmen Herrera has instilled a rigorous practice of sketching her compositions on paper prior to beginning a painting. She typically creates these forms with a ruler or a triangle, tools from her early training as an architect. After exploring the relationship between form and color in these preliminary sketches, Herrera then proceeds with a formal painting on paper. By the time she touches the canvas most of the decisions about the work have already been made, although it is not unusual to see the orientation change as she finalizes the work in larger scale. It is within her works on paper that Herrera explores, and ultimately achieves, the harmonious relationship between otherwise opposing geometric shapes.

In the pairing on view, the painting on paper demonstrates this careful consideration of dimension, creating two bold planes: a red polygon to the left, and an orange right triangle to its right. When transitioning this configuration to canvas for Desierto Rojo, Herrera has re-oriented the orange component to the top of the picture plane, thus evoking a reference to landscape through composition and title. Installed alongside one another, these works both demonstrate the artist’s diligent and methodical process, as well as her playful mastering of tension, form and space.

For its inauguration this summer, the 1,000 square foot East Hampton space will highlight one work per week by gallery artists – with upcoming presentations by Anish Kapoor, Joanna Pousette-Dart, Sean Scully and Leon Polk Smith, among others – featuring both seminal, historic artworks and premiering new bodies of work. This focused format, in an intimate setting, recalls the origins of Lisson Gallery, which was established in 1967 in a storefront window on London’s Bell Street. The Long Island location of the new space joins Lisson’s two other locations in the New York area, including the recent expansion to a second location on West 24th Street in Manhattan’s Chelsea neighborhood.

The gallery will be open to the public Thursday to Sunday, from 11am to 4pm, and by appointment on Mondays. The health and safety of visitors remains a top priority, and strict measures will be implemented in the space to mitigate the spread of COVID-19. A mask will be required for entry, and hand sanitizer will be provided. Please click here for further details about the guidelines and to schedule an appointment.