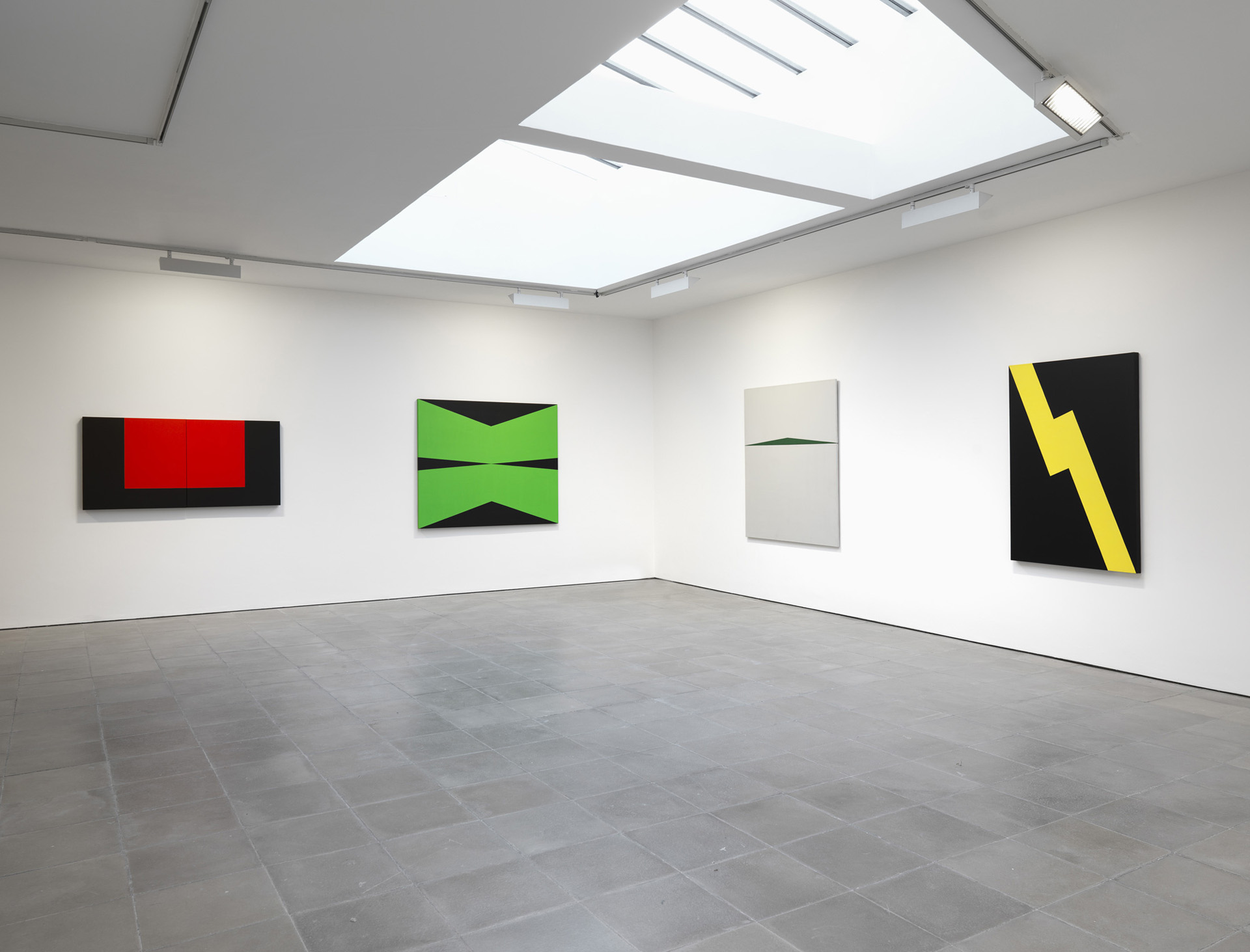 “I never met a straight line I did not like” Carmen Herrera, 2010
Lisson Gallery is pleased to announce an extensive survey show of works by the Cuban painter Carmen Herrera. One of her most comprehensive exhibitions to date, this will include historic paintings from the 1940s through to the present day. Born in 1915 Herrera continues to draw and paint every day from her home in New York City.

Recognition came late for Herrera; a story not uncommon among women of her generation. After seven decades of painting, her work was finally revealed to a wider audience through shows in New York and in the UK at IKON Gallery, Birmingham in 2009; Herrera was instantly recognised as a pioneer of Geometric Abstraction and Latin American Modernism. Her compositions are striking in their formal simplicity and heavily influenced by her architectural studies at the University of Havana, Cuba from 1937 to 1938. Combining line, form and space, the geometric division of the canvas with shapes or lines, complemented by blocks of colour, form the structural basis of each work.

Herrera’s early works dating from the mid-1940s anticipated the hard-edge Minimalism of the 1960s. Having moved to Paris from New York in 1948, Herrera found her work taking new direction, departing from her Abstract Expressionist approach to establish a more concrete style. Predominately composed of two contrasting colours punctuated with black, as seen in Untitled, (1948-1956), Herrera’s intuitive compositions eliminate reference to the external world employing the simplicity inherent in their geometric arrangements to imbue an acute physicality and structure. They comprise a harmonious balance of non-representational shapes whose reductive forms simultaneously lie adjacent to and on top of one another. The lyrical and organic forms of Herrera’s early paintings, reminiscent of the crowded compositions of Synthetic Cubist collages, gave way to her pure geometric and Constructivist forms from the 1960s onwards.

Blanco y Verde, (1962) illustrates Herrera’s transition to brighter and more minimal canvases. In paintings comparable to early Suprematism, comprising only two colours - often black, green or red on a white background - geometric shapes charge the surrounding space; piercing, dividing and simultaneously floating on top of the picture plane. Herrera first saw the works of the group of Russian painters in Paris at the Salon des Réalités Nouvelles - a society dedicated to Abstract art - where she exhibited her work from 1949 to 1952 before returning to New York.

Herrera’s early fascination with architecture became increasingly evident from the 1970s onwards as her shapes became harder and more formal. Bold colours articulated by structures, allow the colour and linear forms to burst from the surface of the canvas. Herrera’s use of the side of the canvas, which she deemed equally important as the frontal plane, reinforces the architectural sensibility within her painting. Lines and blocks of colour expand the parameters of the canvas, continuing from the surface, and over the side to fuse with the wall.

More recently Herrera has begun to experiment with raw canvas, the untreated surface replacing one colour within her paintings, as seen in Amarillo, (2010). These monochromatic works reinforce the importance of the texture and surface in her paintings. 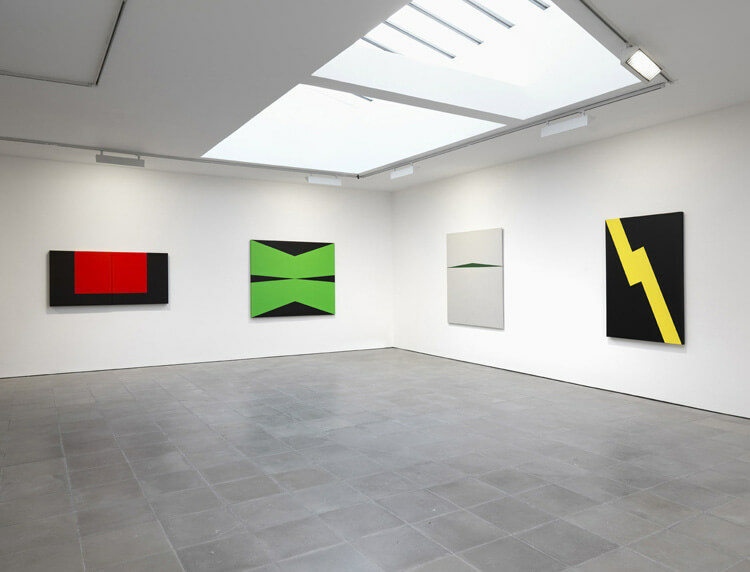 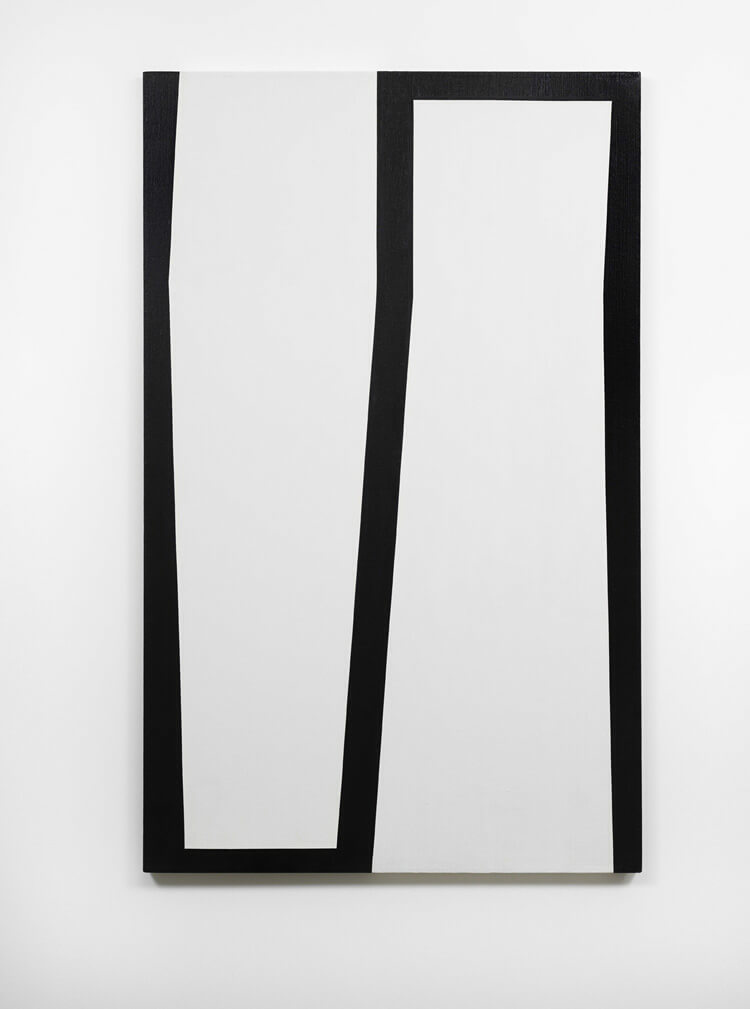 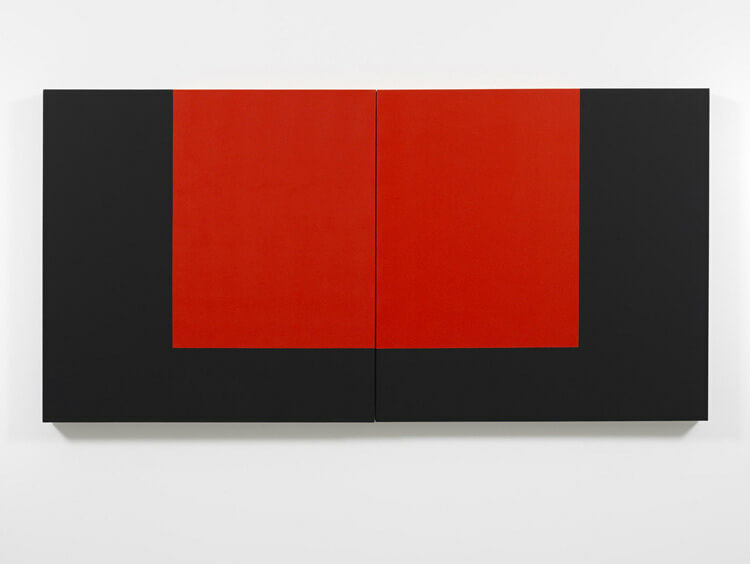 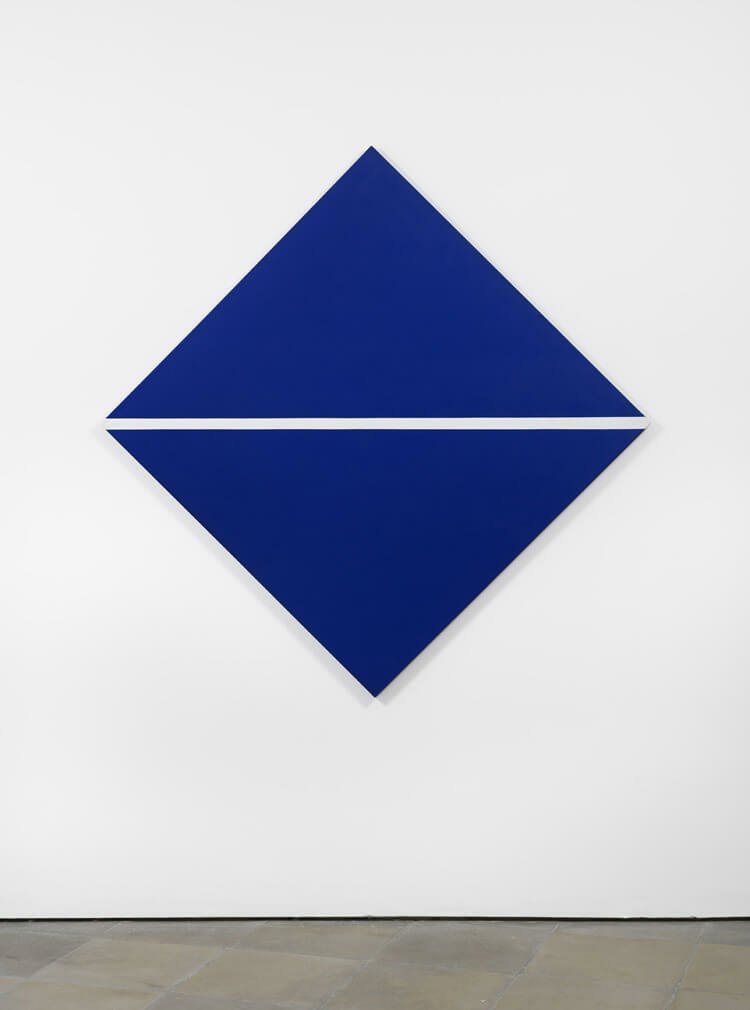 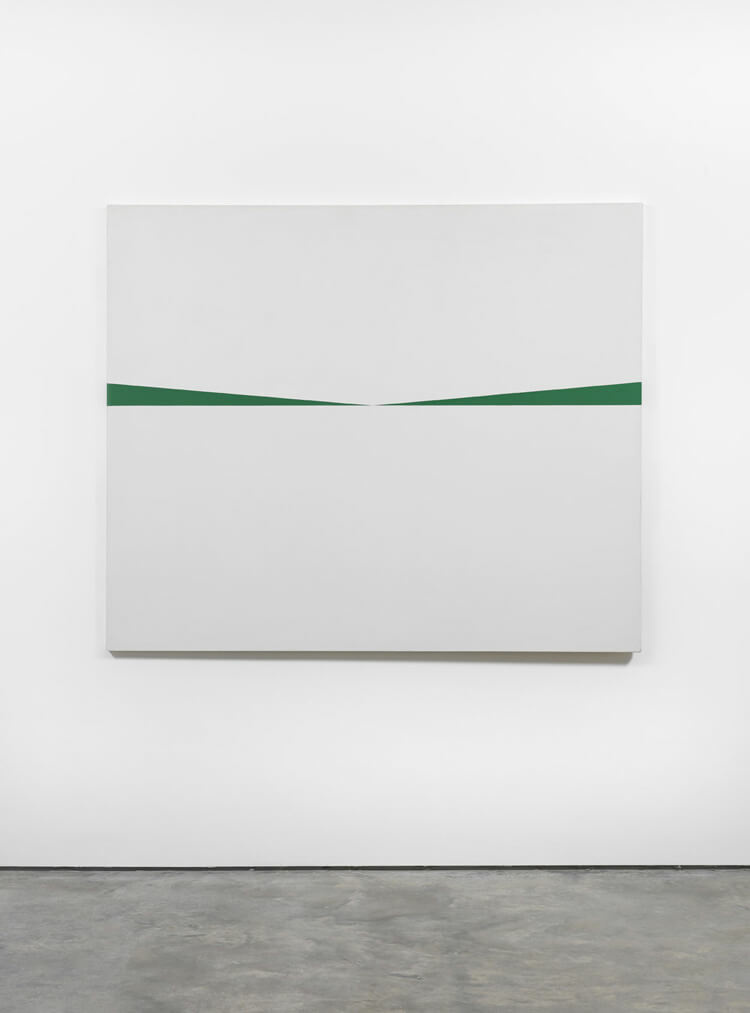 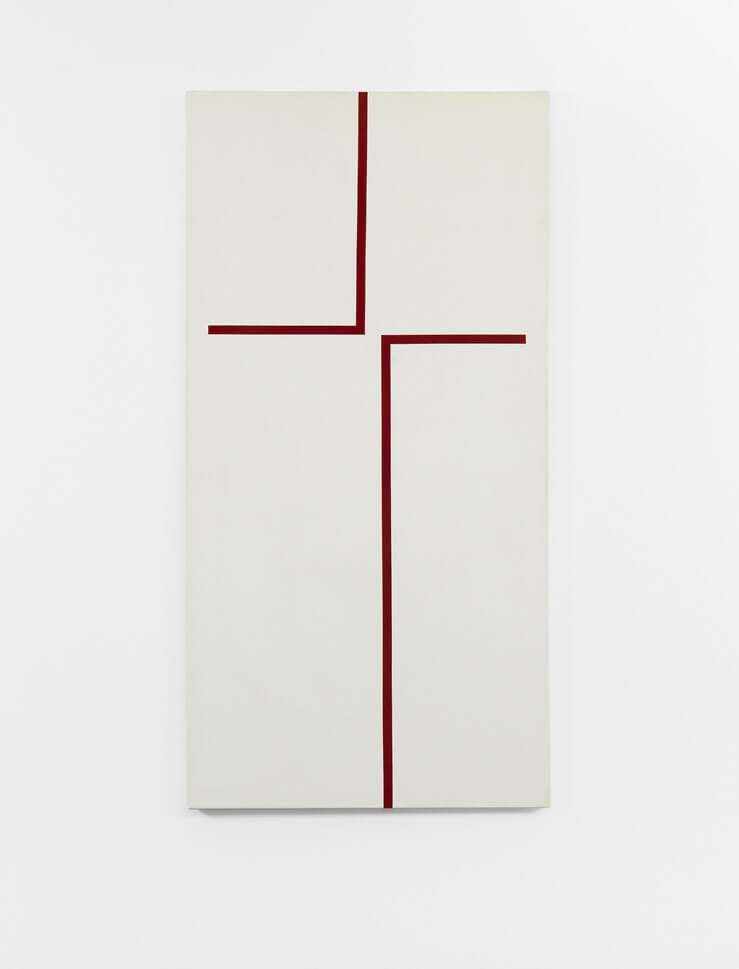 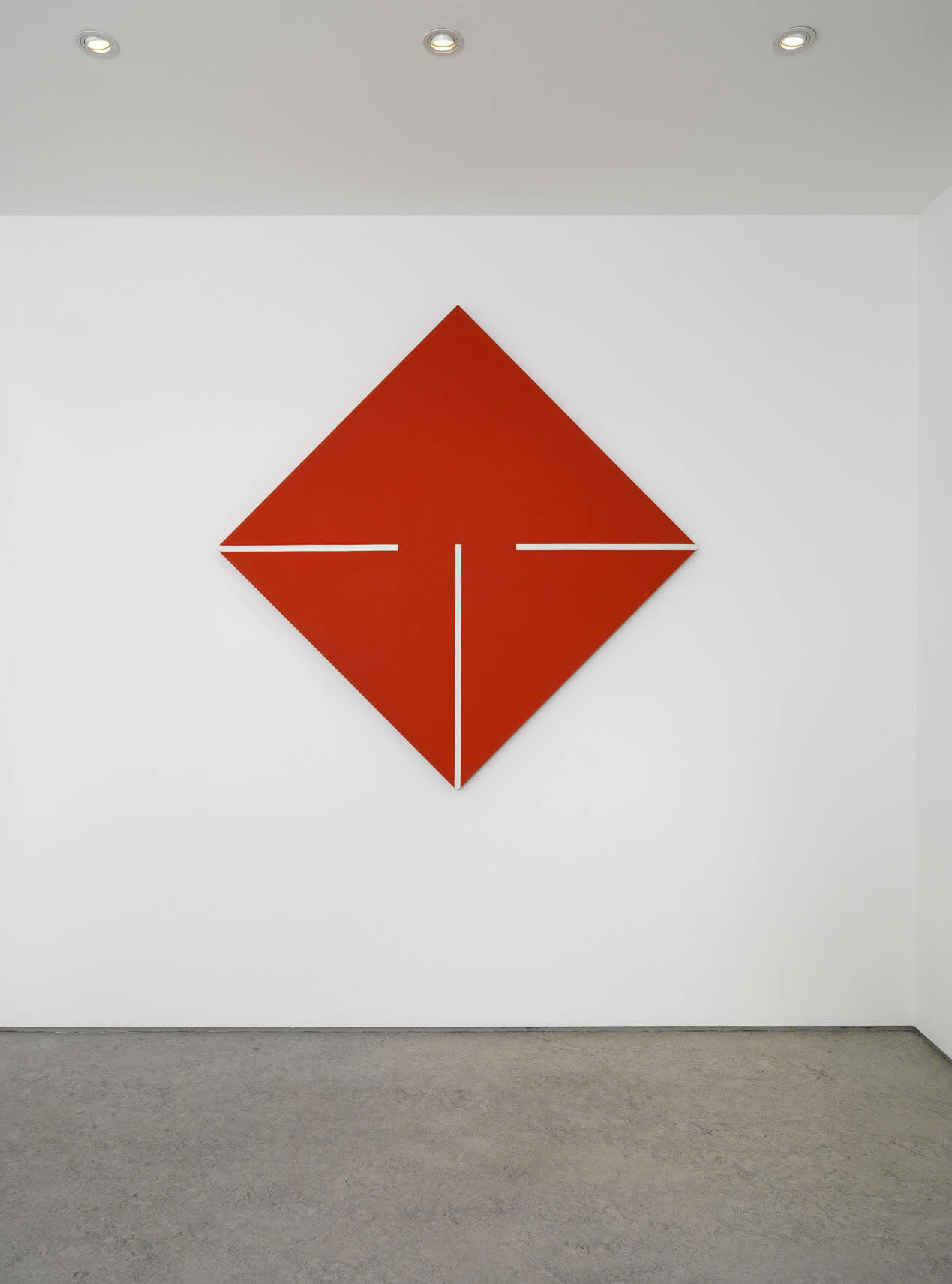 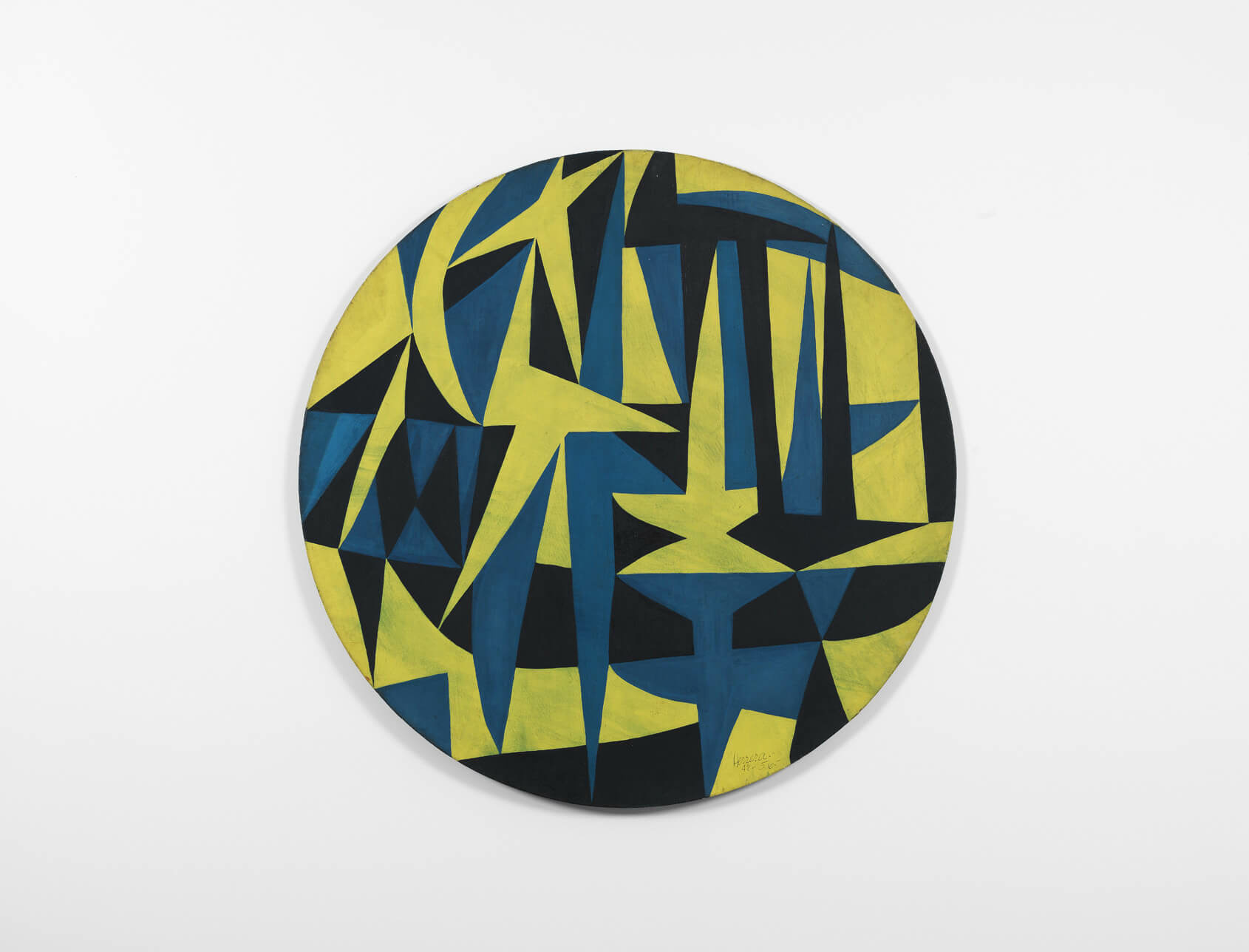 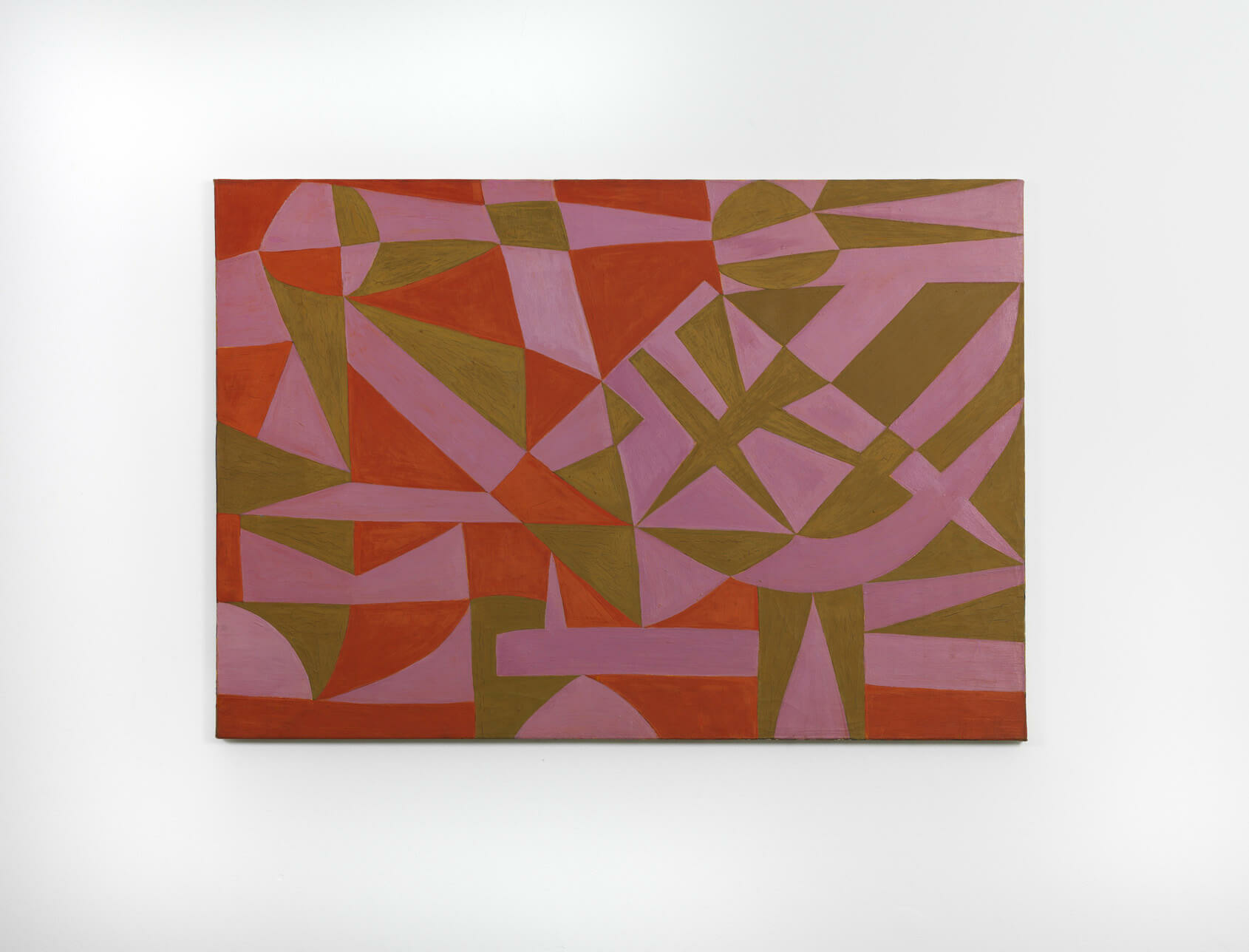 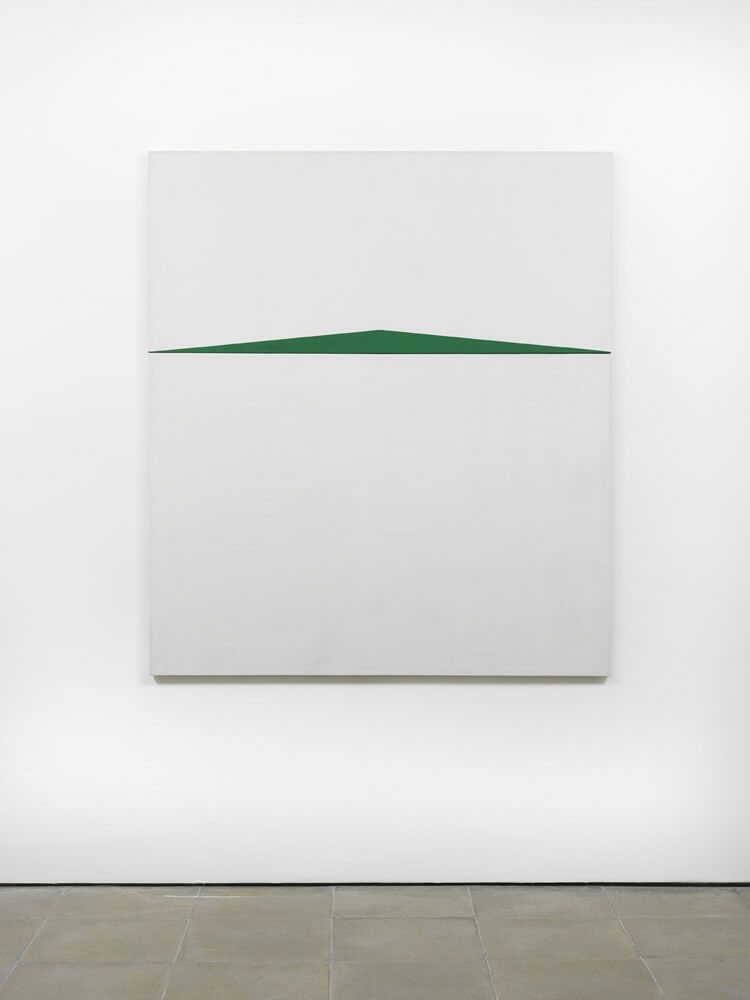 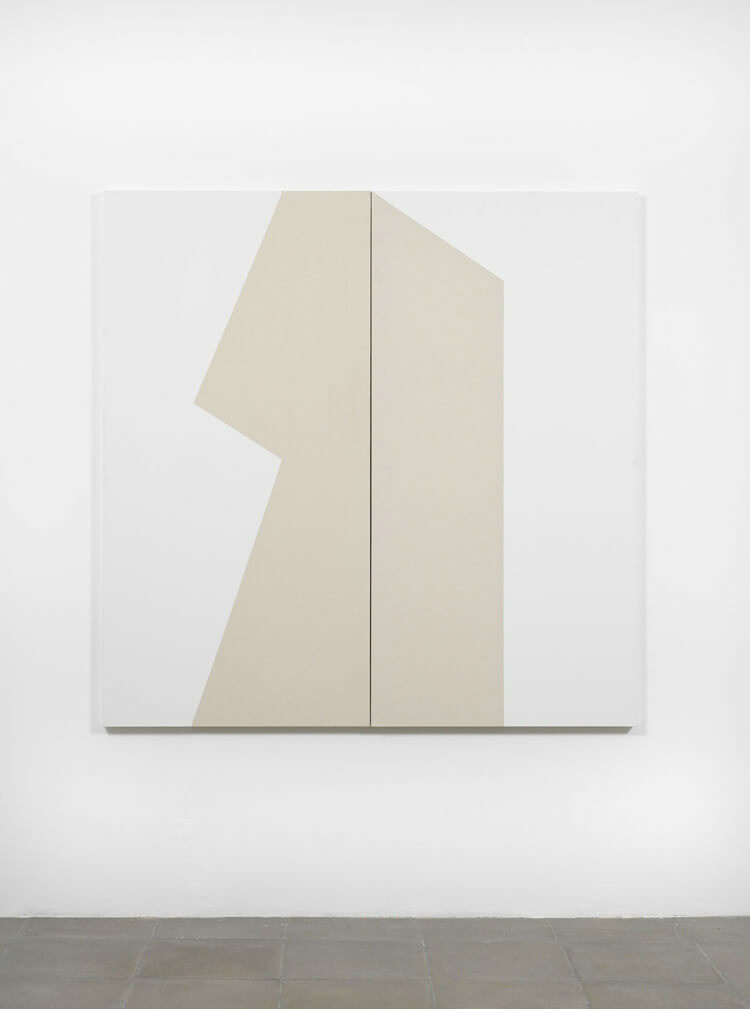 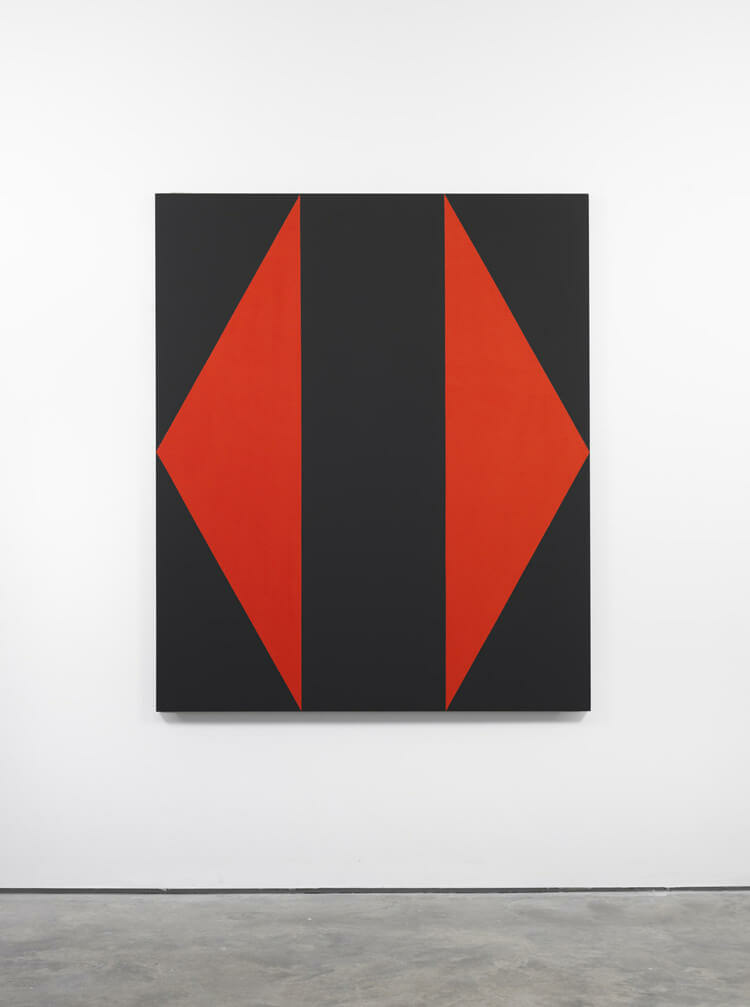 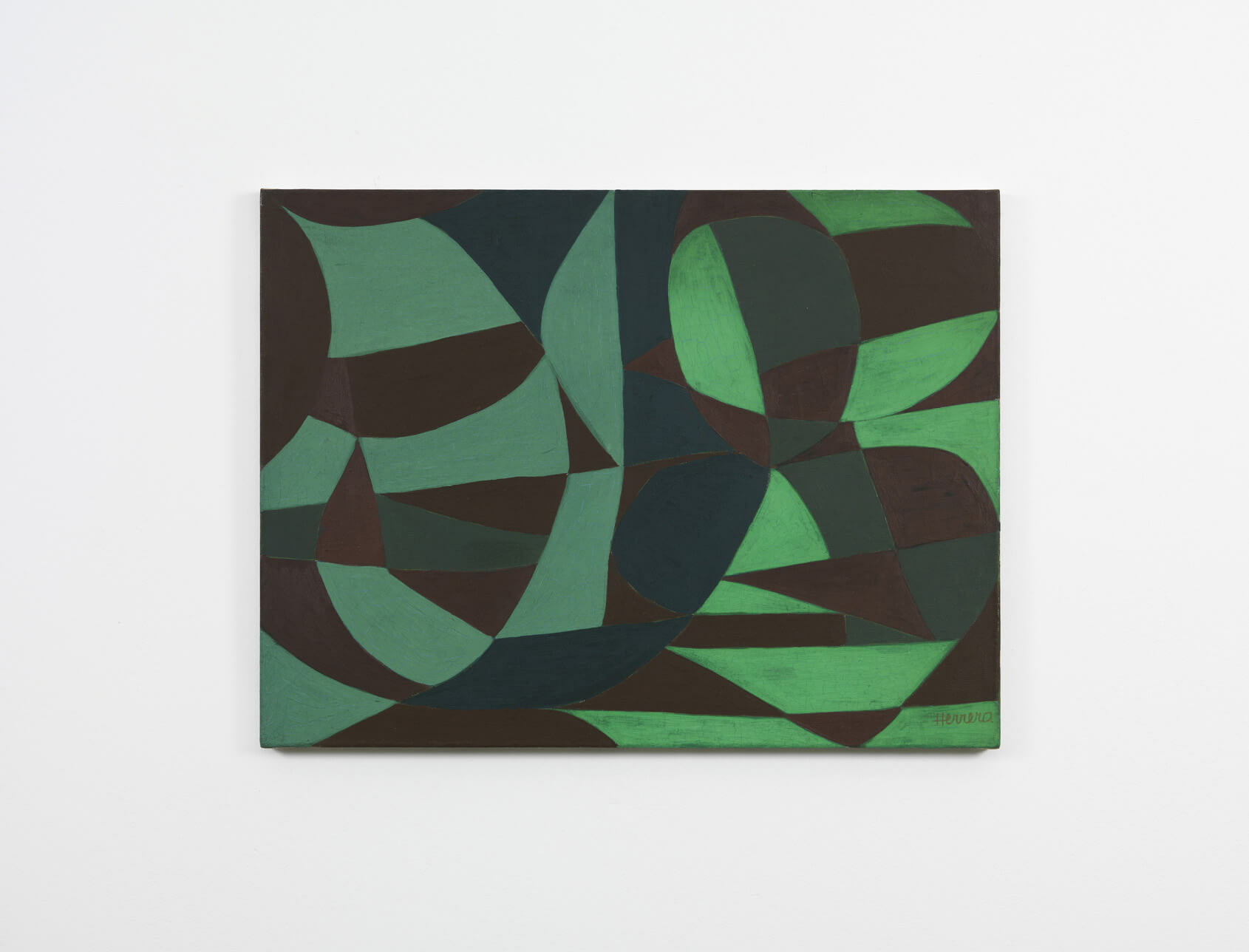 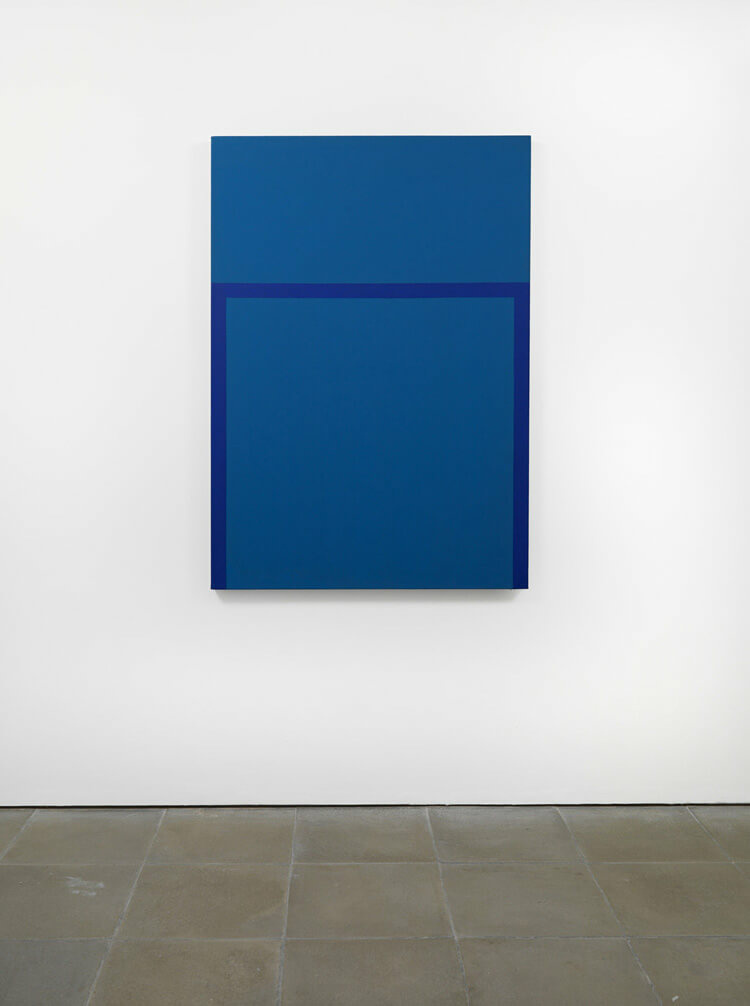 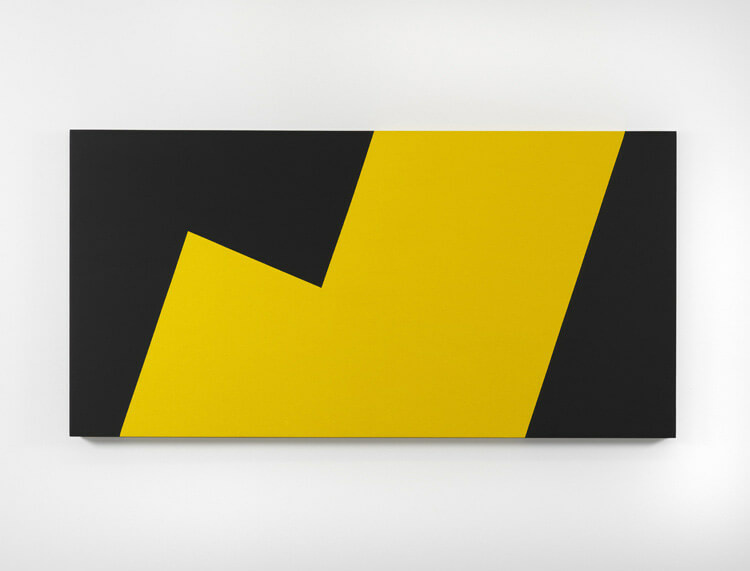 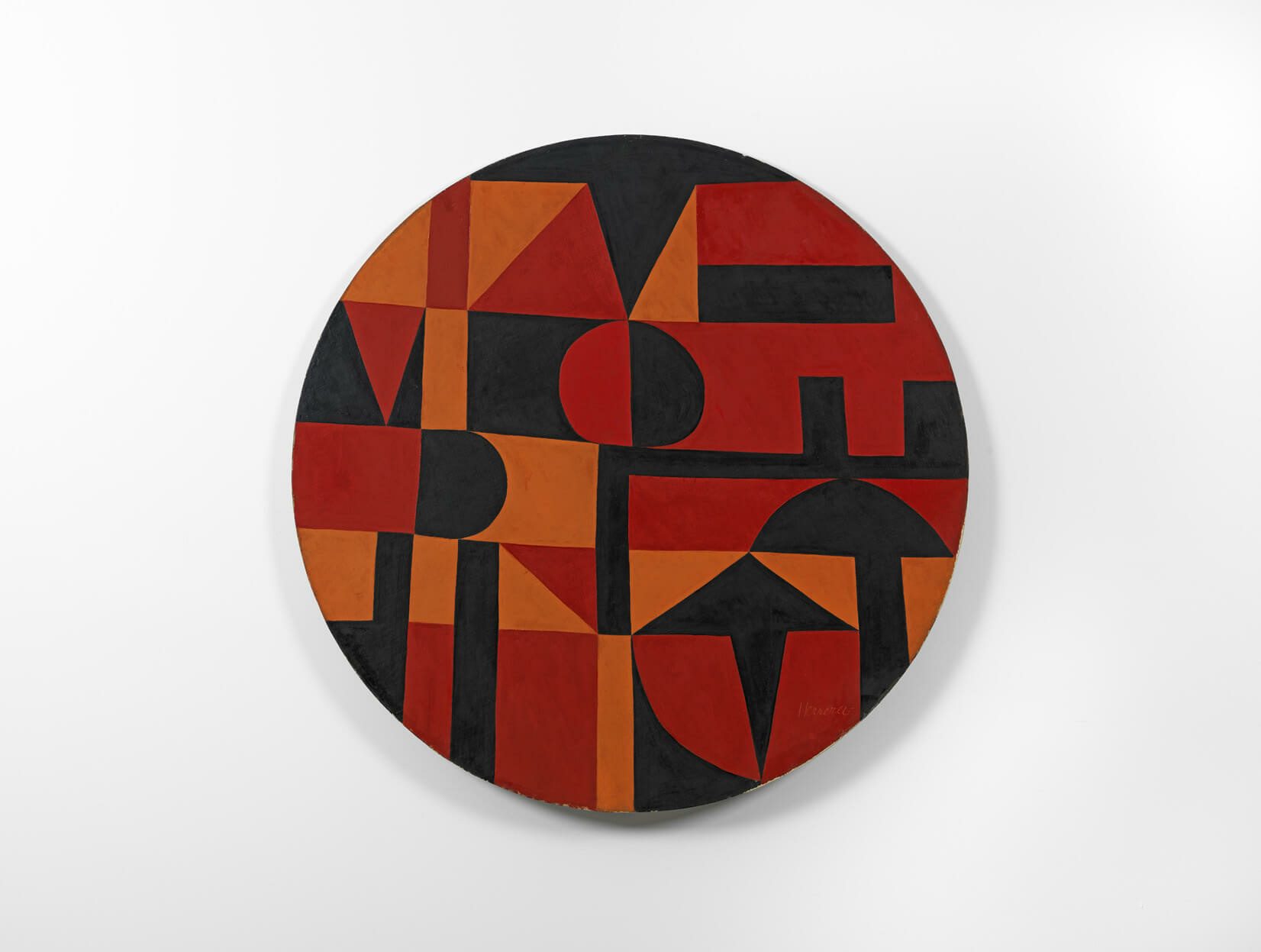 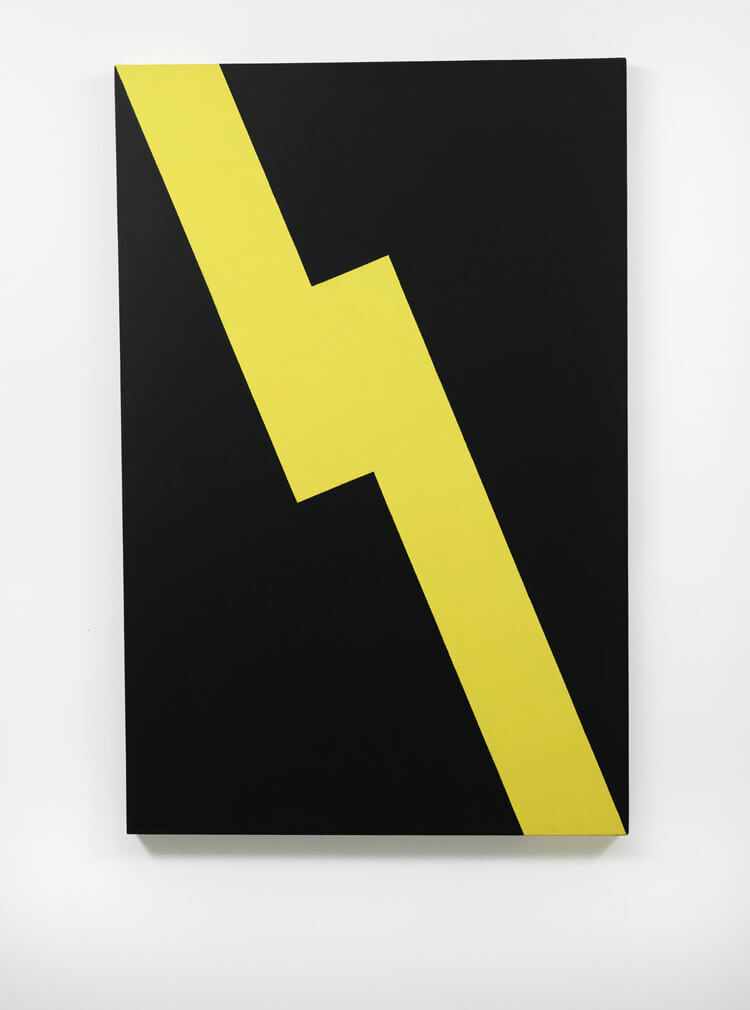 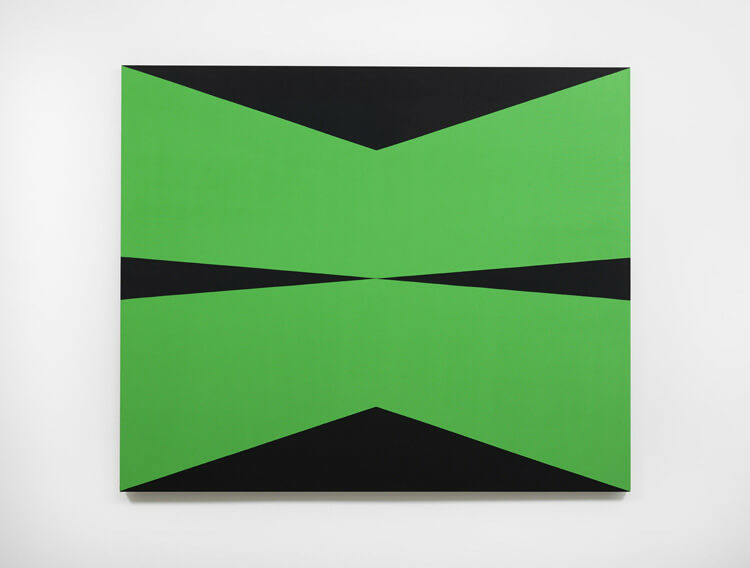 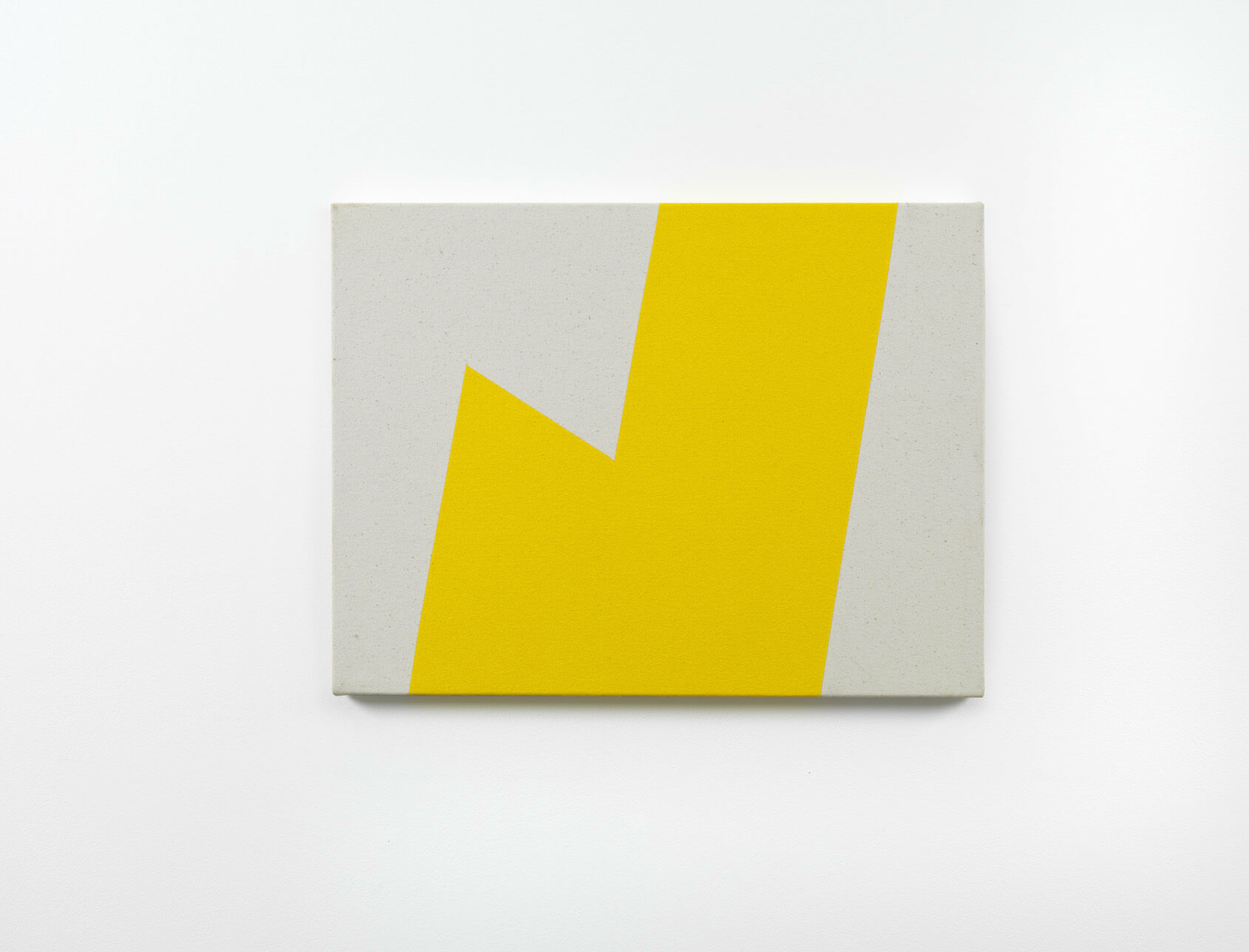