Lisson Gallery is excited to return to California in 2022 for the third edition of Frieze Los Angeles. The presentation features a selection of new and important works by a range of the gallery’s artists. Highlights include a woven sculpture from Olga de Amaral’s Mementos series and a wall-based sculpture from Carmen Herrera’s Estructura series. They are presented alongside works by Garrett Bradley, Ryan Gander, Hugh Hayden, Anish Kapoor, Joanna Pousette-Dart, Cheyney Thompson, Pedro Reyes and Stanley Whitney. Lisson is also pleased to present multiple works by Channa Horwitz, who lived and worked in Los Angeles for over 80 years, and is recognized as an important proponent of Conceptual Art and West Coast Minimalism.

A centerpiece of the Frieze LA presentation, Olga de Amaral’s Memento azulado (2016) exemplifies the artist’s decades-long practice in weaving and fiber art. The shimmering tapestry features a modernist flair while simultaneously collapsing modernism’s separation between ‘art’ and ‘craft’. As with many of Amaral’s works, pieces from the Mementos series interlace hundreds of painted linen strips that manifest a deeply layered image-object that is illuminated by the reflection of incorporated metallic elements such as gold and palladium leaf.

Also featured is Carmen Herrera’s Untitled Estructura (Red) (1966/2016). Based on paintings “really crying out to become sculpture”, Herrera’s Estructuras represent a rare break in the artist’s insistent planarity and two dimensionality of her paintings. The works marked an important moment in Herrera’s career, wherein the forms move from drawing, to painting, to sculpture, and her meticulous sharp edges are physically manifested. Carmen Herrera’s monumental Estructura Verde (1966/2018) sculpture was recently on view at LACMA's Smidt Welcome Plaza from October 9, 2021 – February 13, 2022.

Further highlights to the booth include works on paper by Channa Horwitz, whose practice was defined by a steadfast fascination with capturing space, movement and time through structure, line and pattern. An exhibition of seldom-shown works by the artist will be on view at Lisson Gallery’s flagship space in New York in March following the fair presentation. Also highlighted in the booth are stills by Oscar-nominated filmmaker and artist Garrett Bradley, large scale works from Allora & Calzadilla’s Electromagnetic series addressing the issue of Puerto Rico’s electric power grid, new paintings from Cheyney Thompson’s Displacement series, geometric works on canvas by Leon Polk Smith, new sculptures by Hugh Hayden composed of cherry bark Air Jordans and a rattan basketball hoop as well as new works on paper and a painting by Stanley Whitney. 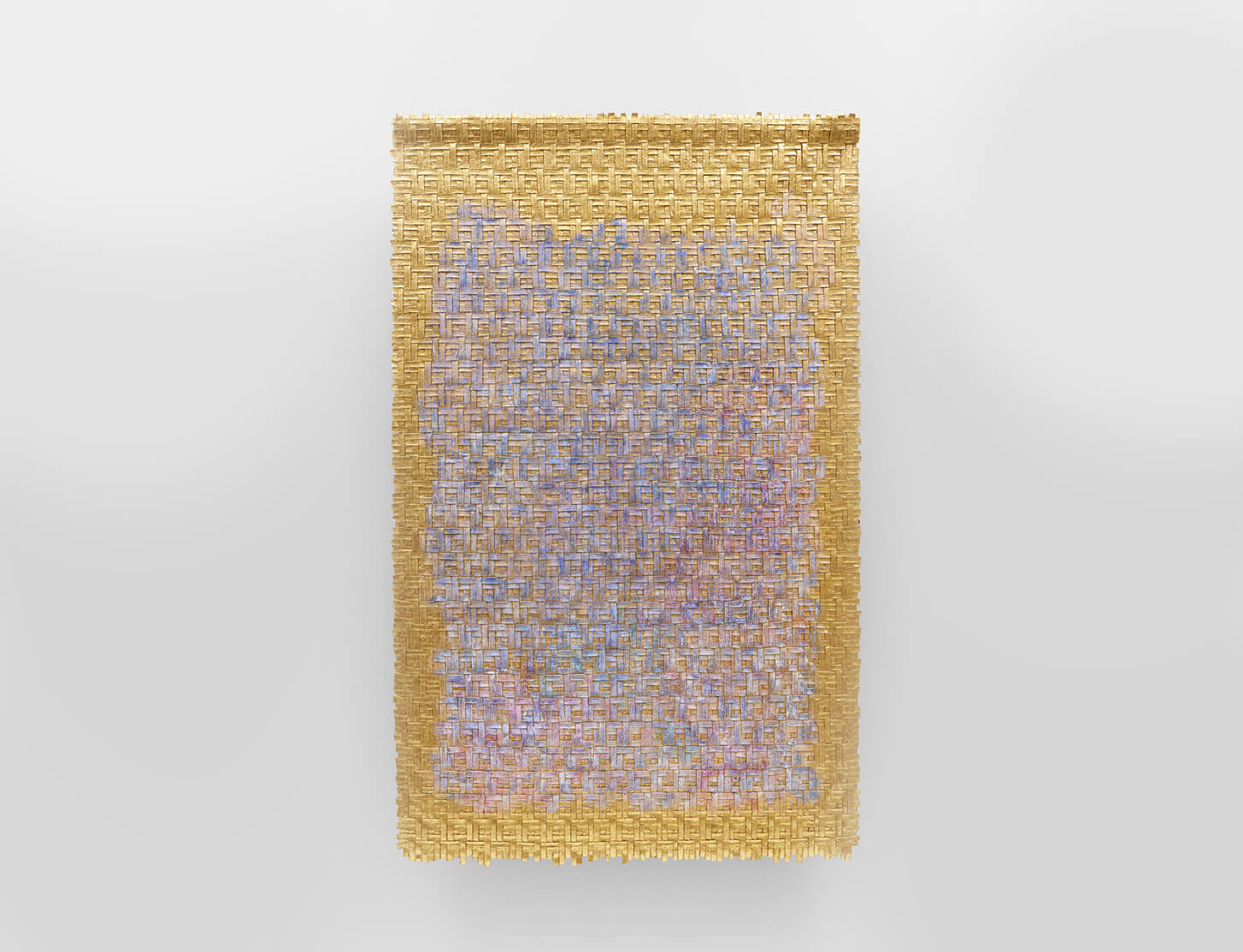