The booth features a new sculptural work by Hugh Hayden made of Texas ebony wood. The upholstered Adirondack chair, covered in bristles, furthers Hayden’s examinations of the American experience and the expectation of appearance and refinement that were the central theme of his 2021 solo exhibition at Lisson Gallery New York. This sculpture is presented alongside a suite of new works that debut at ICA Miami from November 30, 2021 – April 17, 2022 in a solo exhibition titled Boogey Men.

A highlight of the booth is a new painting from Cheyney Thompson’s Displacement series. The work is presented in tandem with Andrew Kreps Gallery, who also displays a painting from the series in its Art Basel Miami Beach booth, following the recent announcement of joint representation of Thompson in New York. Lisson Gallery will also represent the artist in London and Shanghai, and a major dual-part exhibition of new paintings is planned for November 2022 in both Lisson Gallery’s and Andrew Kreps Gallery’s New York spaces.

Greeting visitors to the booth is a monumental Estructura by Carmen Herrera. The vibrant yellow Amarillo Tres (1971/2018) features the artist’s distinctively sharp manifested in sculptural form. Herrera conceived of her large-scale monochromatic sculptures beginning in the 1960s with a suite of diagrammatic sketches, however the proposals to bring the planarity of her paintings into the third dimension were not realized until the 2000s. Another monumental work, Estructura Verde (1966/2018), is currently on view on LACMA’s Smidt Welcome Plaza through February 13, 2022, marking the first major presentation of the artist’s work on the West Coast.

In dialogue with Herrera’s work in the booth is Stanley Whitney’s Blue Note (2020). The artist’s stacked composition of color fields typifies his exploration of color and structure that has been honed over many years. The large Whitney painting is presented concurrently with an exhibition of new works at Lisson Gallery New York and following the recent announcement of two major presentations for the artist: a new stained-glass commission for the Baltimore Museum of Art (opening December 2021) and the opening of The Italian Paintings at Palazzo Tiepolo Passi, presented by the Buffalo AKG Art Museum during the Venice Biennale 2022.

Also highlighted in the Art Basel Miami Beach selection is a recent wall-based mirror work by Anish Kapoor. Spanish and Pagan Gold to Red mix 2 satin (2020) is a semi-reflective concave structure that fades subtly between a deep gold and a vibrant red. The speculum surface represents a key component of Kapoor’s body of work, forcing the viewer to re-consider the surrounding environment. Kapoor’s work was the subject of a recent solo exhibition Lisson Gallery London, and a presentation of his paintings is currently on view at Modern Art Oxford through February 2022. A major retrospective of his work will open at Gallerie dell'Accademia di Venezia in April 2022 to coincide with the Venice Biennale.

Another mirrored sculpture, Lee Ufan’s Relatum - The Roll (2020), is also featured in the booth. The Relatum series is the artist’s best known body of work, which he has been creating since the 1960s and has been presented in numerous public spaces, including the Château de Versailles and the Lee Ufan Museum in Naoshima, Japan. The work on view investigates the tension between industrial and natural elements such as steel and stone, focusing on the materials and the viewer’s perception, engaging a dialogue between object and space. An exhibition of new work by the artist-philosopher debuts at Lisson Gallery London from November 16, 2021 to January 22, 2022.

For the 2021 edition of the Art Basel Miami Beach Online Viewing Rooms, Lisson Gallery presents five signage works by the Turner Prize-winning artist Laure Prouvost. The presentation highlights the facet of the French artist’s practice that concentrates on the precariousness of words and their meaning. Prouvost’s signs can be instructional, sensual or referential, as they encourage the viewer’s interaction with and rereading of their context. The language employed in these works allows space for multiple interpretations, with images manifesting in the viewer's imagination. In this sense the works explore notions of human perception and systems of representation through established truths and subjective fictions. Often Prouvost’s signs refer directly to their surrounding architecture. Ideally This Sign Would Be Three Sisters Smiling And Giggling At You As You Are Riding These Words (2017) was shown originally at London’s Pushkin House – the independent arts charity specializing in Russian Culture. Created with Russian theatre in mind, the language used references the titles of plays staged in pre-war Moskow. You’re Going In The Wrong Direction (2019), You Should Have Gone Up (2019) and Oh Stay With Us The Party Has Just Begun (2019) were created as part of a city-wide commission for London’s Underground stations. Laure Prouvost’s sign works are an intimate part of a practice that features immersive and mixed-media environments, combining film, installations, found objects, sculptures, paintings, drawings,furniture and architectural assemblages.

For more information and to plan your visit, go to artbasel.com. 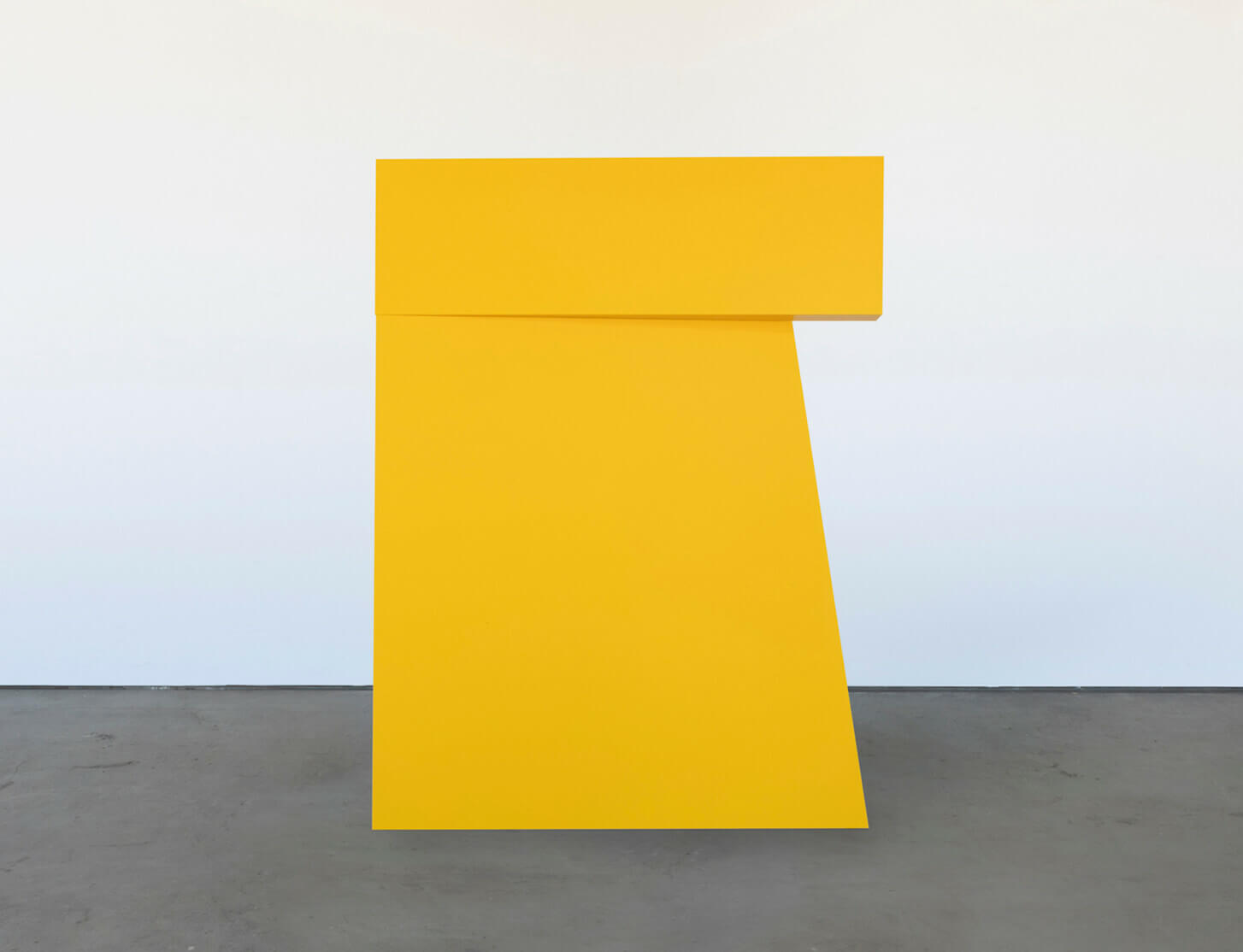