To coincide with his first solo museum exhibition in the United States in over two decades, currently on view at the Santa Barbara Museum of Art, an LED work by Japanese artist Tatsuo Miyajima will be featured on the booth. These signature works utilise numbers, which the artist values as universally recognized and form the center of his practice. Life (rhizome) No. 16 (2013), comprised of a grid of LED nodes flashing numerals 1 to 9, also continues Miyajima’s investigation of the Eastern philosophies of non-linear and non-hierarchical thought and processes. Its title is taken from Deleuze and Guattari’s writings based on the botanical term “rhizome”, which argues that theory can be approached along many horizontal pathways like a plant’s root system, rather than strictly interpreted in the usual “tree” analogy describing linear thought. The notions of connection and multiplicity are also critical to Miyajima’s work and are embodied in his career-long philosophy: Keep Changing, Connect with Everything, Continue Forever.

Also featured will be works on paper by Channa Horwitz who lived and worked in Los Angeles for her entire life, and is recognized as an important proponent of Conceptual Art and West Coast Minimalism. Each work from Horwitz’s Rhythm of Lines series is composed by the pairing of two sets of eight lines, each area of intersection creates intricate and unique Moiré patterns. These works, produced in the early ‘90s, highlight Horwitz’s fascination with capturing space, movement and time through structure, line and pattern – an investigation she pursued resolutely from the 1960s until her death in 2013.

Further highlights to the booth include a new large scale work from Allora & Calzadilla’s Electromagnetic series addressing the issues of Puerto Rico’s electric power grid, a bold geometric work on paper by Carmen Herrera, a new sculpture composed of interlocking football helmets by Hugh Hayden, and a black and white gouache on board from Hélio Oiticica’s acclaimed Metaesquema series. French abstract painter Bernard Piffaretti’s signature duplicate paintings will also be featured, alongside a new oil on linen painting by Stanley Whitney, entitled Angels on Sunday, Maids on Monday.

For more information and to plan your visit, go to frieze.com 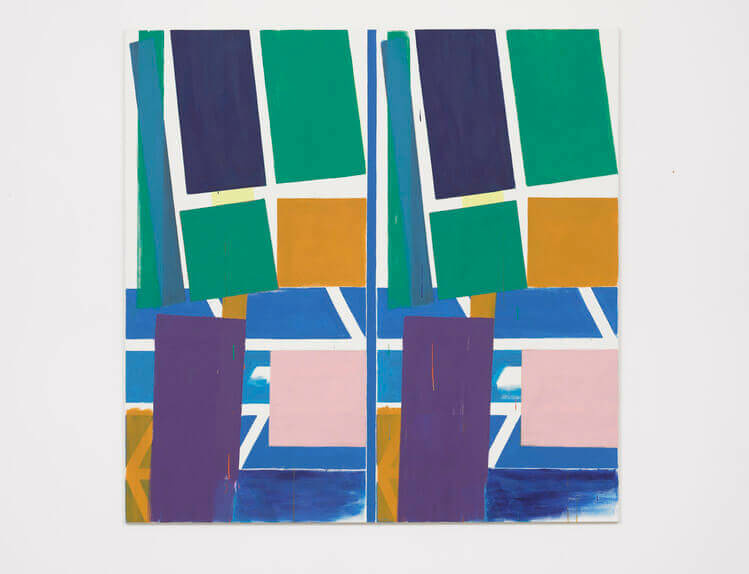