Lisson Gallery's New York spaces are now closed for the summer break, while its London and Shanghai exhibitions by Christopher Le Brun, Antonio Calderara and Joanna Pousette-Dart are now in their final weeks. Lisson's artists' work can be still seen across the world throughout the summer in these major solo and group exhibitions.

Image: Installation view of 'Sean Scully: A Would in A Dance with Love' at MAMbo, Bologna © Sean Scully, courtesy MAMbo. Photography by Ornella de Carlo

As part of it’s exhibition ‘The Healthy City’, the Centraal Museum screens Akomfrah’s three-channel film Five Murmurations (2021) – a highly contemporary portrait of a worldwide crisis in which the COVID pandemic coincided with the death of George Floyd and events surrounding the Black Lives Matters protests.

Ai Weiwei in 'Forest: Wake this Ground' at the Arnolfini, Bristol, UK

In this group exhibition exploring the shared cultural significances of the forest across the world, Ai presents his monumental upended ‘roots’, cast from the ancient and endangered Pequi Vinagreiro tree (found in the Bahian rainforest). These cast iron monumental forms reflect both the uprootedness of arboreal species and the displacement of people.

The Albertina turns a spotlight on the work of Tony Cragg for the first time with a selection of 40 sculptures and drawings that trace the development of his sculptural output over time, revealing a progressive shift from figurative to abstract forms.

This solo exhibition marks Cragg's return to Italy with a presentation of ten sculptures in bronze, wood and steel set within the palace and its grounds, highlighting the aspects of his works that explore complex connections between figure, object and landscape.

Bringing together new acquisitions by international artists in various media, the exhibition serves as the site of a lively process of interrogation and interpretation, inviting audiences to see how these works are able to constantly produce new readings. Alongside Projection (1997) and Waterfall (2003), Ceal Floyer's Peel (2003) reveals the media-related components of its projection in a humorous explanation to its viewers.

‘Christian Jankowski: I was told to go with the flow’ at Kunsthalle Tübingen, Tübingen, Germany

Alongside the artist’s film, photography, painting and sculpture, a major new work specially created for this exhibition, I Was Told to Go with the Flow, links the notion of the 'traveling artist' with the growing trend towards self-optimisation in society today.

Anish Kapoor at the Gallerie dell’Accademia and Palazzo Manfrin, Venice

The Tony Cragg Foundation’s sculpture park hosts a selection of large-scale installations by Kapoor in its Central Exhibiton Hall, including the 2015 walk-in sculpture, Sectional Body preparing for Monadic Singularity.

The artist's ambitious new installation draws on his Lisson Gallery New York exhibition earlier this year, experimenting with the notion that humans might one day be able to encompass a star with a swarm of electric panels in order to exploit and gather its enormous reserves of solar power.

A brand new site-specific installation Samsara calls to mind the unending journey of life, surrounding the viewer with hundreds of blinking LED numbers in an array of colours. The installation is accompanied by a short film exploring the artist’s practice and studio.

‘Sean Scully: A Wound in A Dance with Love’ at Museo d’Arte Moderna di Bologna, Italy

Based on the exhibition 'Sean Scully: Passenger – A Retrospective', shown at the Museum of Fine Arts, Budapest and later at the Benaki Museum in Athens, the show arrives in Bologna in a renewed form specifically designed for MAMbo, comprising 68 works encompassing oil paintings, acrylics, watercolours, drawings and a monumental sculpture.

On the occasion of the opening of the Plateforme10 arts and cultural centre in Lausanne, Photo Elysée inaugurates its LabElysée space with solo presentation by Tony Oursler, comprising three video installations in a presentation themed around testimonies of encounters with UFOs.

The International Exchange Exhibition focuses on the specific relationship between artworks and space, welcoming visitors to experience three spaces through 24 artworks including installations, paintings and films. Visitors encounter the large-scale colourful installation Like Child’s Play, as well as the artist’s self-directed 6.5 hour-long documentary.

'Theatergarden and A Be(a)stiary of the Anthropocene' draws on the composition of Chinese classical gardens to present a body of work that portrays the disorientation of life-forms in the face of global climate change, while mapping the precariousness of modern language beyond sociopolitical confines.

Arcangel has developed an algorithmic composition for the McGaffin Carillon at Cleveland's Church of the Covenant that generates a new piece of music daily. Titled Hail Mary, an automated Twitter bot shares each day’s unique visual score, played by the McGaffin carillonists and free for musicians worldwide.

First shown at the ICA Miami (November 2021 – April 2022), ‘Boogie Men’ brings a suite of monumental new anthropomorphic works that explore our relationship with the natural world and result in dynamic, surreal, and critical responses to personal experience and social and cultural issues.

A number of paintings by Herrera are displayed alongside works by Ellsworth Kelly, John McLaughlin and Leon Polk Smith as part of the special installation ‘Carmen Herrera and 'Hard-Edge' Painting’ , while two works by Piffaretti are featured in exhibition ‘The Double: Identity and Difference in Art since 1900’.

Raven presents her film Demolition of a Wall (Album 2) and a series of shadowgrams in this group exhibition confronting the historical and cultural narratives of the American West.

This presentation focuses on paintings and works on paper from a period when Smith’s mature style began to flourish – his vocabulary of brilliant colors and simple, minimal forms, challenging some of the most fundamental conventions of painting by dissolving the distinction between foreground and background.

Now in its final weeks, Reyes exhibition at MARCO features examples of his monumental sculpture, as well as participatory elements that centre the public in the creation of the artwork. The show is part of MARCO’s in-depth reappraisal of a generation of Mexican artists whose practices have had a significant impact on younger generations.

Realised for the first time ever, and only the third of Oitcica’s Magic Squares to be realised, this open-air labyrinth transports art outside of the gallery and museum environment and offers an experience integrated with nature as well as urban life, while turning its spectators into co-creators. 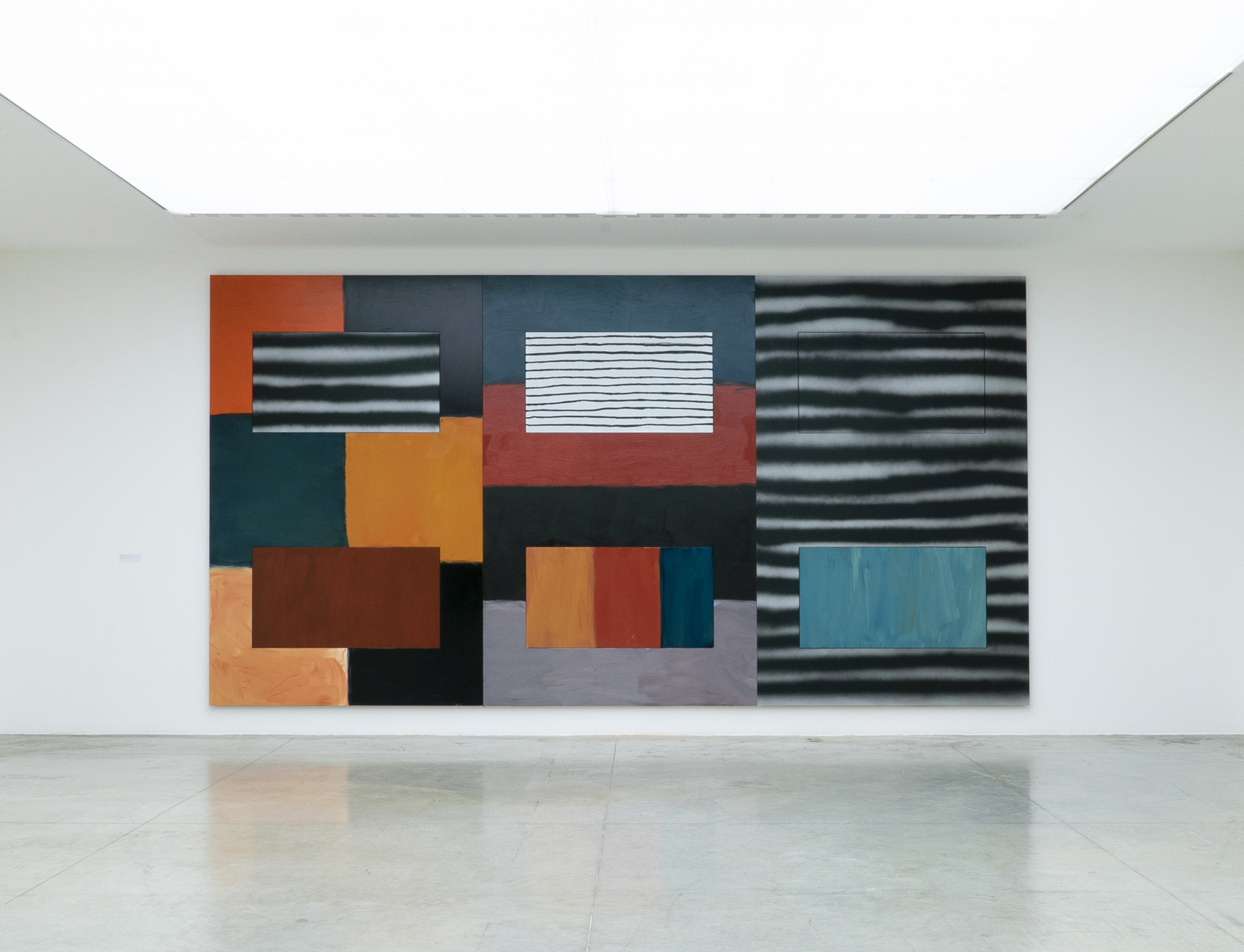