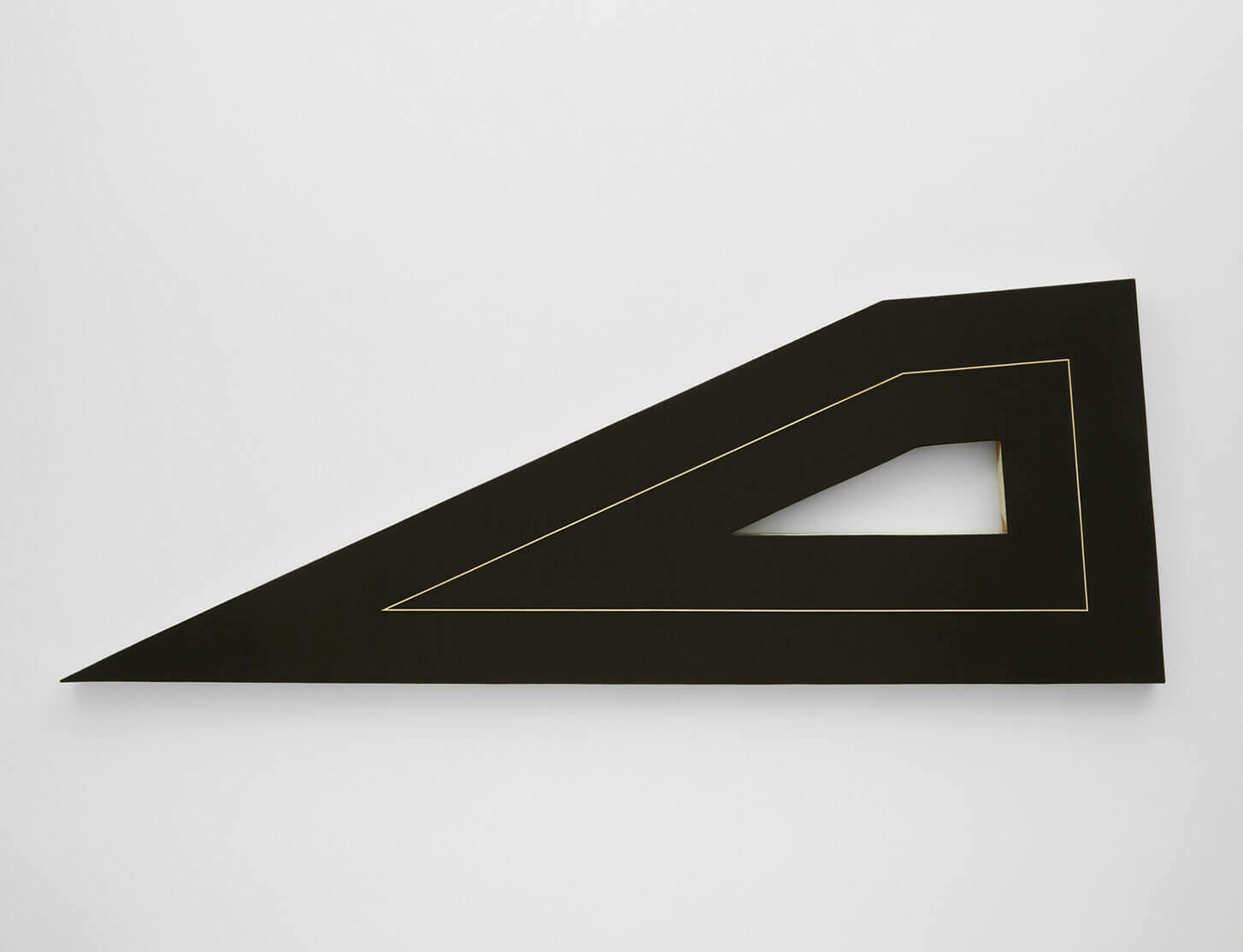 For the latest exhibition in East Hampton, Lisson Gallery is pleased to present a selection of works by Ted Stamm. Featuring paintings, works on paper and photographs, the presentation focuses on Stamm’s “Woosters”, “Dodgers”, “Designators” and “Zephyrs” series.

Born and raised in Brooklyn and Long Island, Ted Stamm rarely left the New York metropolitan area. Intrigued by his surroundings, Stamm experimented with a minimal palette using lines and shaped canvases that referenced the local milieu. The “Woosters”, a series that began in 1974 and continued through the artist’s career, incorporate a single rectangle with a shorter triangle attached to the left that originated from a shape Stamm found on Wooster Street in the downtown Manhattan neighborhood of SoHo. Living and working on Wooster Street from 1972-1984, Stamm created numerous versions in varying scale, color and material while maintaining the shape’s geometry. The hard-edged forms highlight Stamm’s early experimentations with the formalist elements of the line.

These experimentations continued with the development of Stamm’s “Dodgers” series. Titled after the Brooklyn Dodgers baseball team, the works employ a combination of curved forms and right angles inspired by the shape of a baseball diamond. In an almost cartographic method, Stamm locates and places vertical configurations onto the long, horizontal canvases.

While Ted Stamm’s practice primarily focused on painting and drawing, the artist’s work often extended outdoors into the urban settings of New York City. Titled with varying versions of “Designators”, these proto-graffitti interventions were created on numerous objects found on the city streets. Included in the exhibition are artist photographs of “Wooster Designators”; shapes from the series placed by Stamm primarily on the bumpers and license plates of cars. Carrying Stamm’s “Wooster” shape, the cars transported his forms beyond local boundaries.

Works by Ted Stamm are currently included in Break + Bleed at the San Jose Museum of Art, on view through April 3, 2022. The East Hampton presentation follows solo exhibitions at the gallery by Masaomi Yasunaga, Roy Colmer, Leon Polk Smith, Ceal Floyer, Laure Prouvost, Sean Scully, Ryan Gander, Olga de Amaral, Rodney Graham and Wael Shawky. Lisson Gallery’s East Hampton space will continue its focused format featuring both influential, historical artworks and debuting new bodies of work in an experimental, intimate setting. An exhibition of work by Tatsuo Miyajima follows the Stamm presentation, from November 11 – November 28, 2021. The gallery is open to the public each Thursday through Saturday, from 11am to 5pm, Sundays from 11 – 4pm and Wednesdays by appointment. 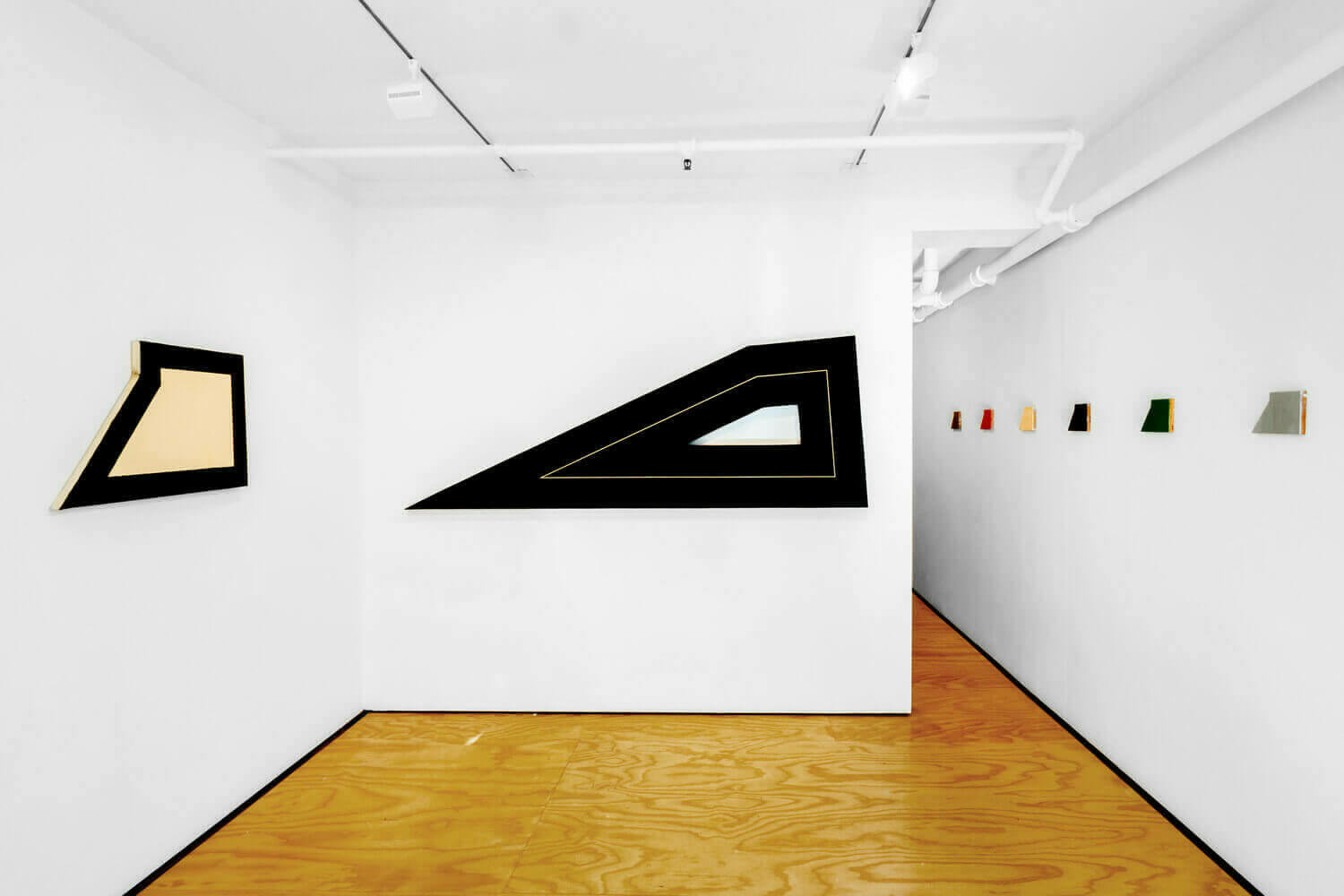 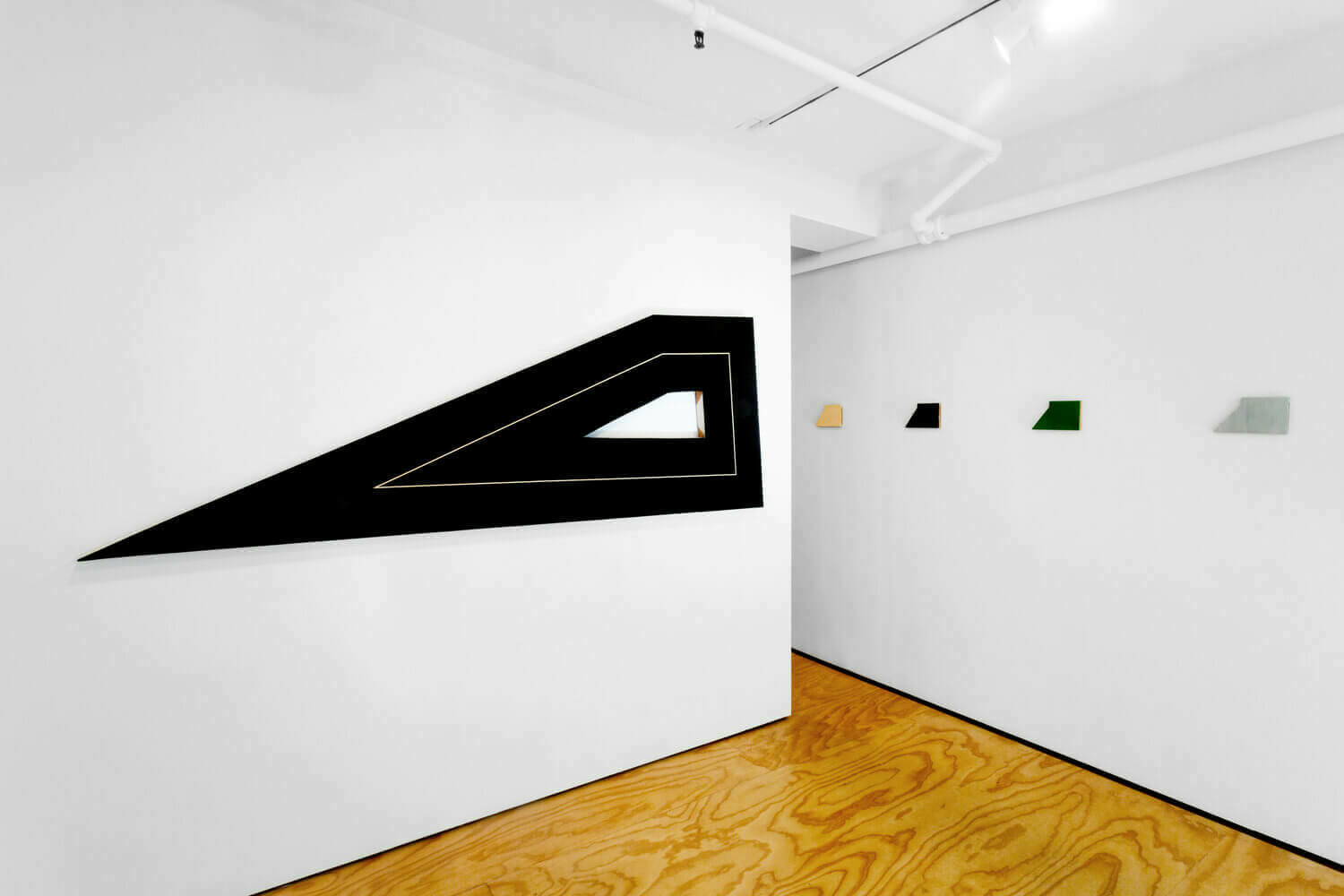 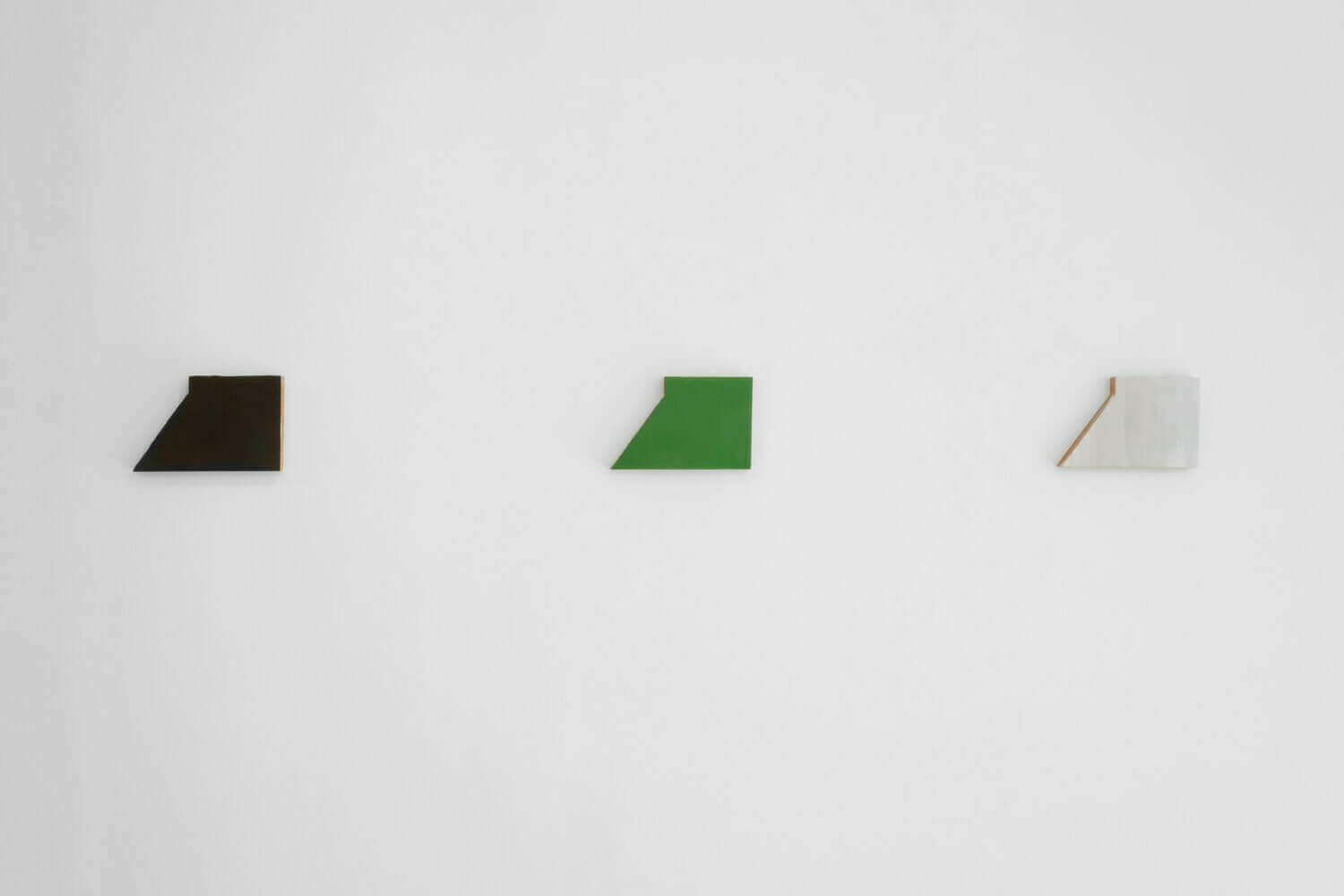 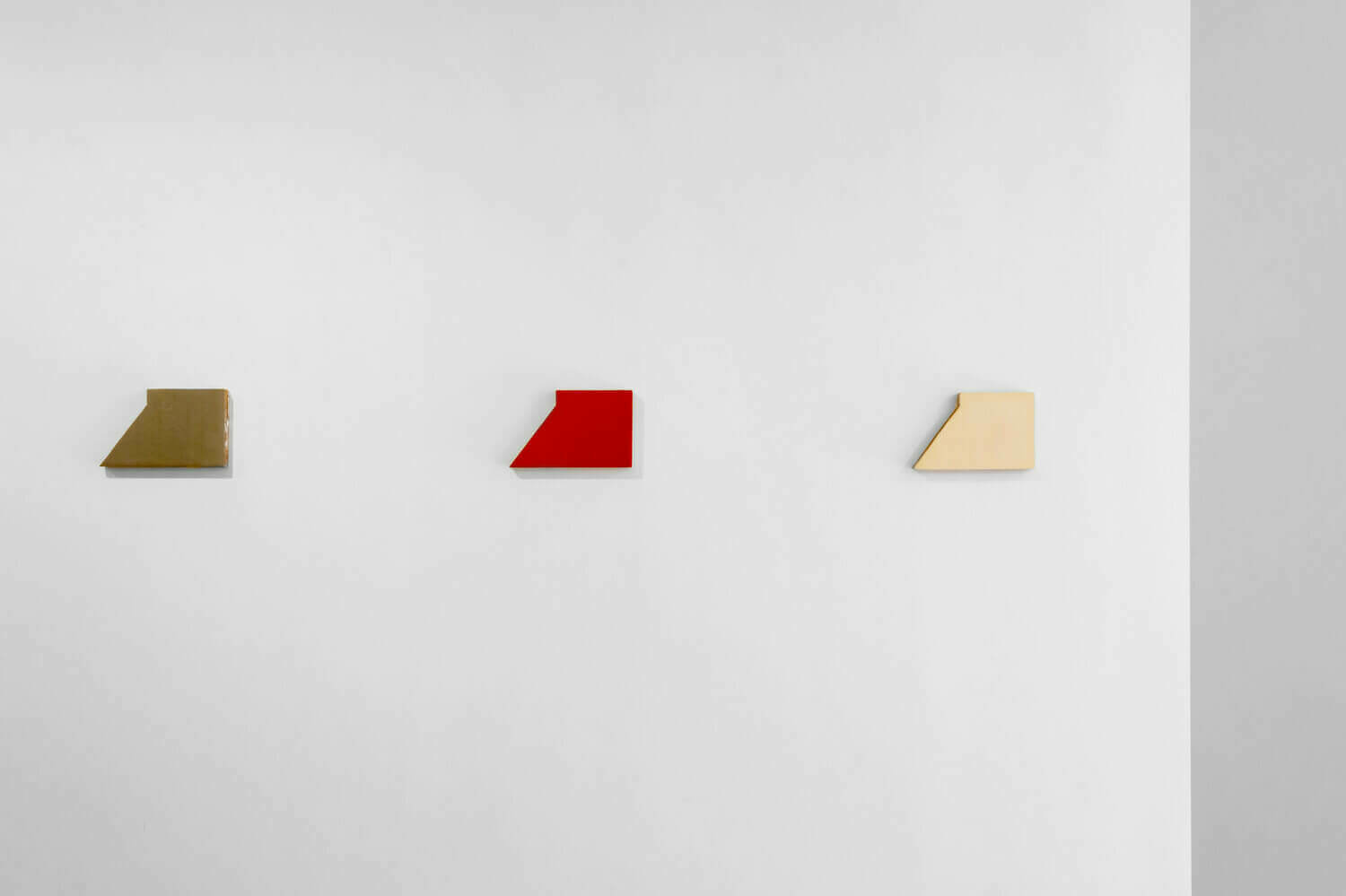 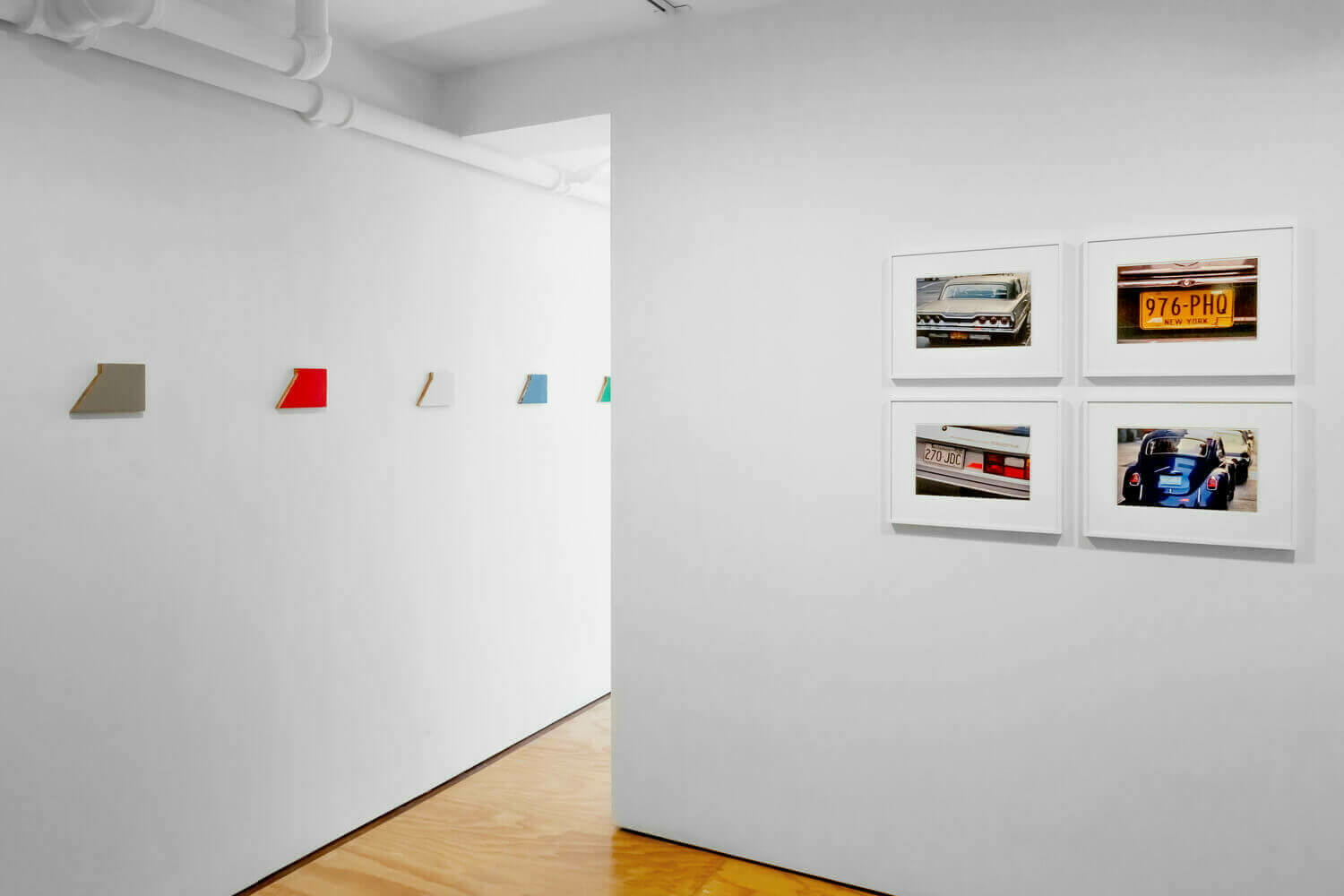 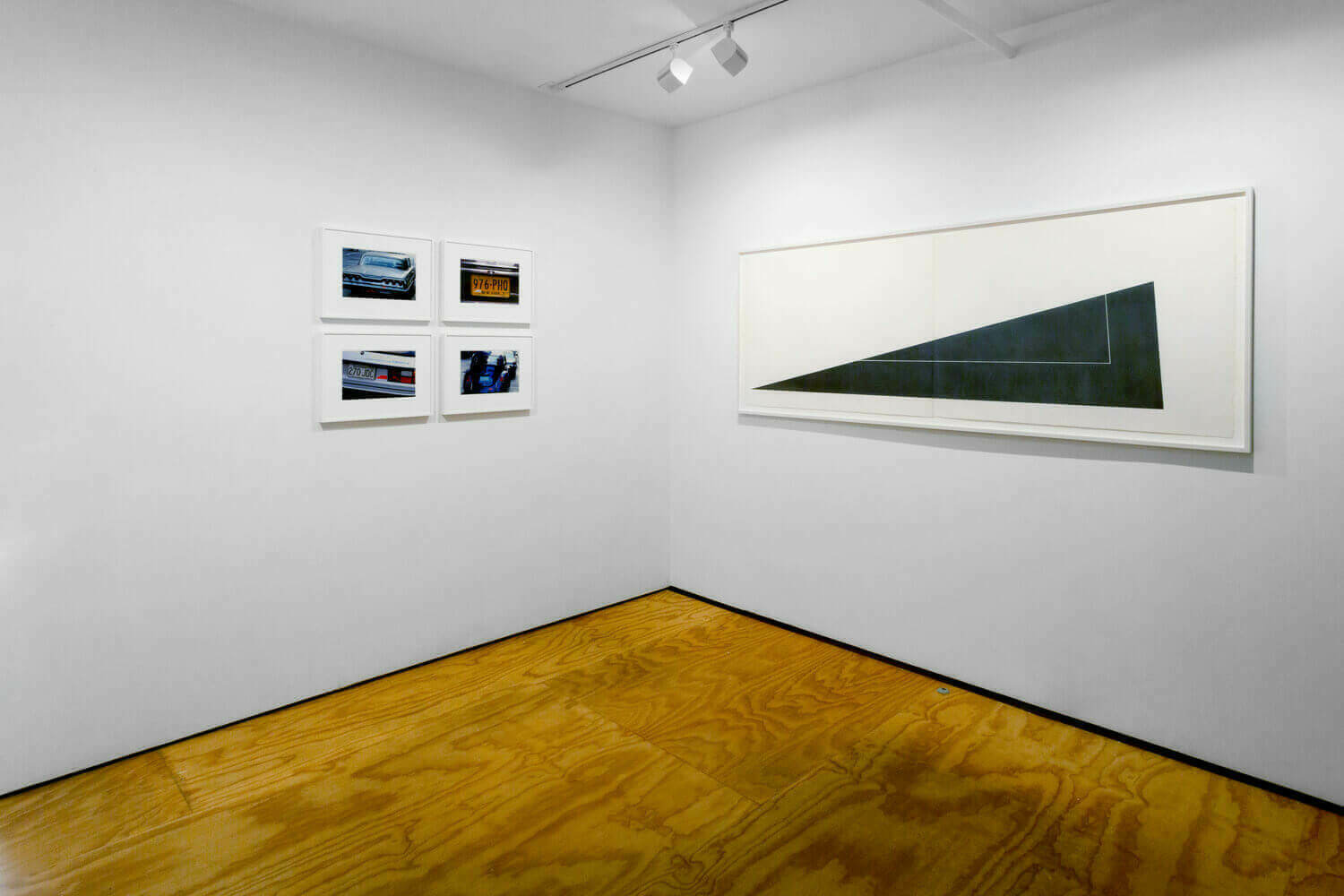 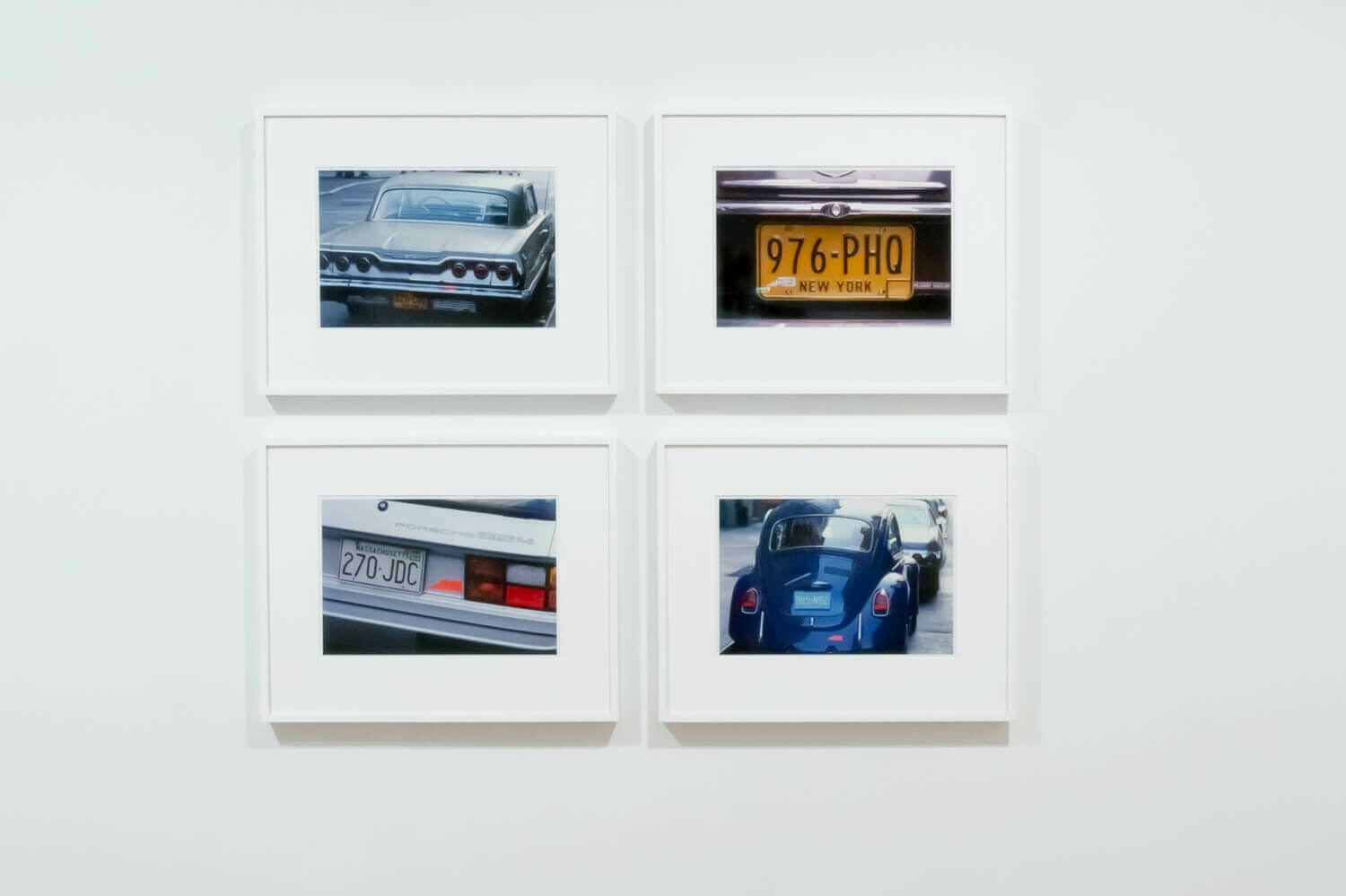