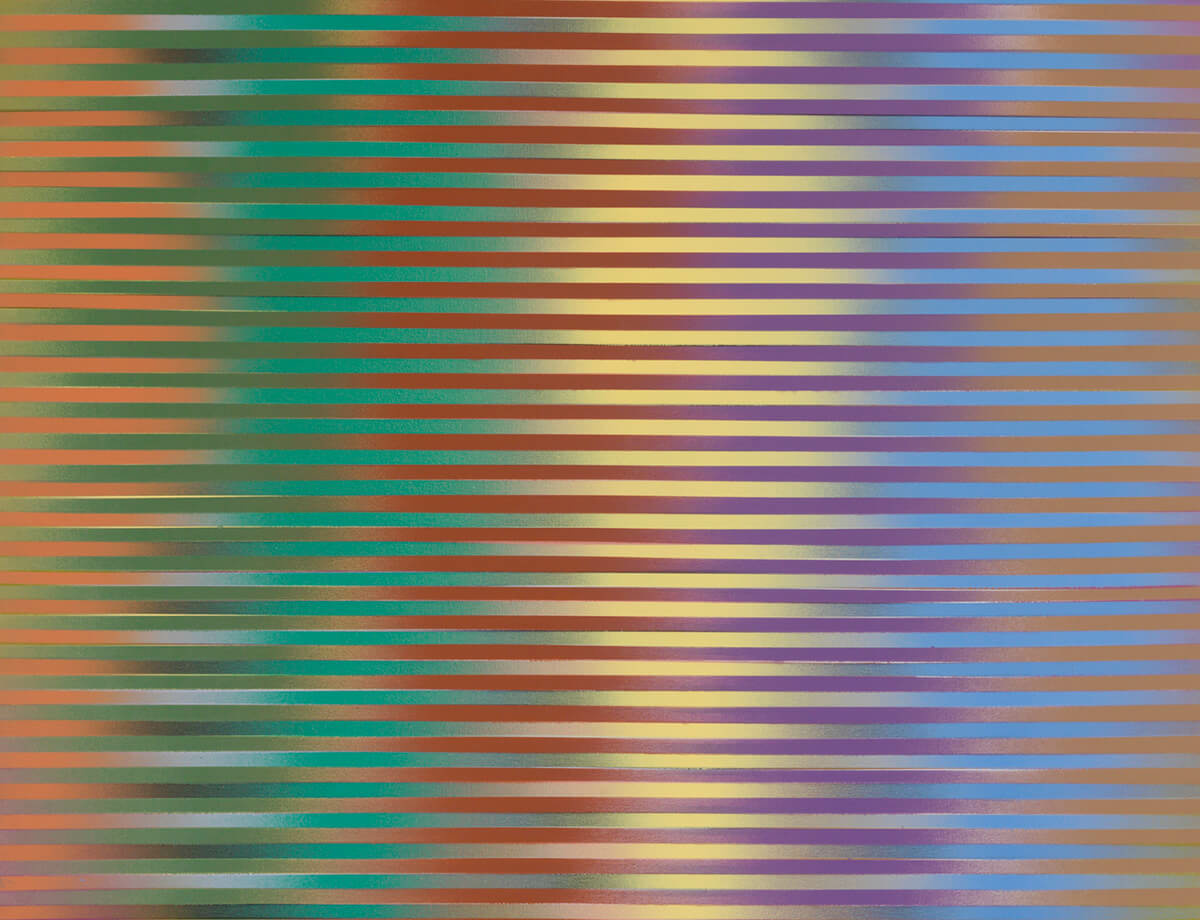 For the latest exhibition in East Hampton, Lisson Gallery is pleased to present a selection of Roy Colmer’s early spray-gun paintings. A unique approach that dominated the artist’s career for a decade, the spray painting practice developed by Colmer in the 1960’s would lead to the artist’s lifelong experimentation with color, form and technique.

Roy Colmer’s color-intensive, vibrating paintings from the mid-1960s and 70s would lay the groundwork for his work in conceptual photography and film, mediums for which the artist ultimately became best known. Colmer (1935-2014), inspired by the introduction of electronic media in the 1970’s, explored the boundaries between painting and film to establish a new kind of perception. In his paintings, the artist originated the technique of switching colors in the flow of a single pass of the spray gun, creating an immediate and versatile gesture on the canvas and achieving what Colmer described as “feedback” – filmic effects similar to motion, flash and distortion. While Colmer stopped experimenting with the painting process entirely after ten years, these acrylic works were the catalyst for his manipulation of space and depth through color and form.

In the 1972 work on view, Roy Colmer’s traditional format of horizontal stripes of alternating colors are presented in a multicolored visual haze, reverberating throughout the canvas suggesting an early television set flashing to life. Encouraged by the teachings of Almir Mavignier, Eduardo Paolozzi and Georg Gresko at the esteemed Hochschule für Bildende Künste in Hamburg, Colmer utilizes the layered ribbons of paint to manifest forms and waves across a backdrop of fluctuating colors.

Lisson Gallery’s East Hampton space will continue its focused format featuring both influential, historical artworks and debuting new bodies of work in an experimental, intimate setting. Following the Roy Colmer exhibition the gallery will offer presentations by Leon Polk Smith, Ceal Floyer, Laure Prouvost, Sean Scully and Allora & Calzadilla, among others. The gallery will be open to the public each Thursday through Saturday, from 11am to 6pm, Sundays from 12 – 5pm and Wednesdays by appointment. 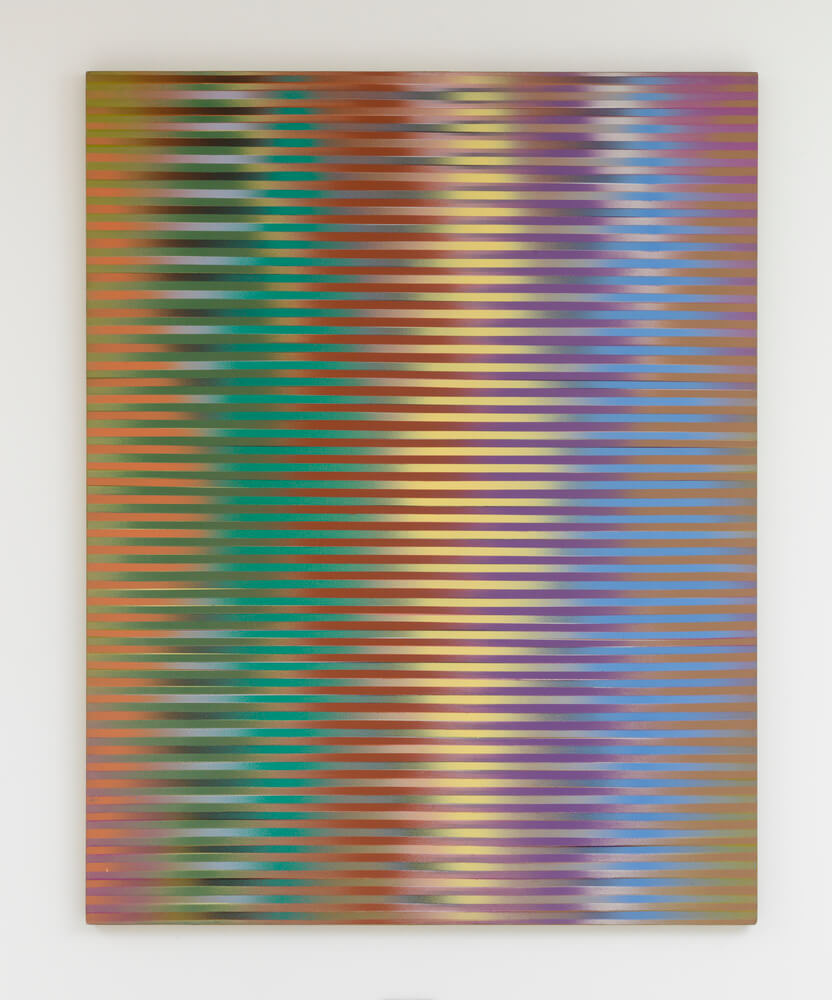 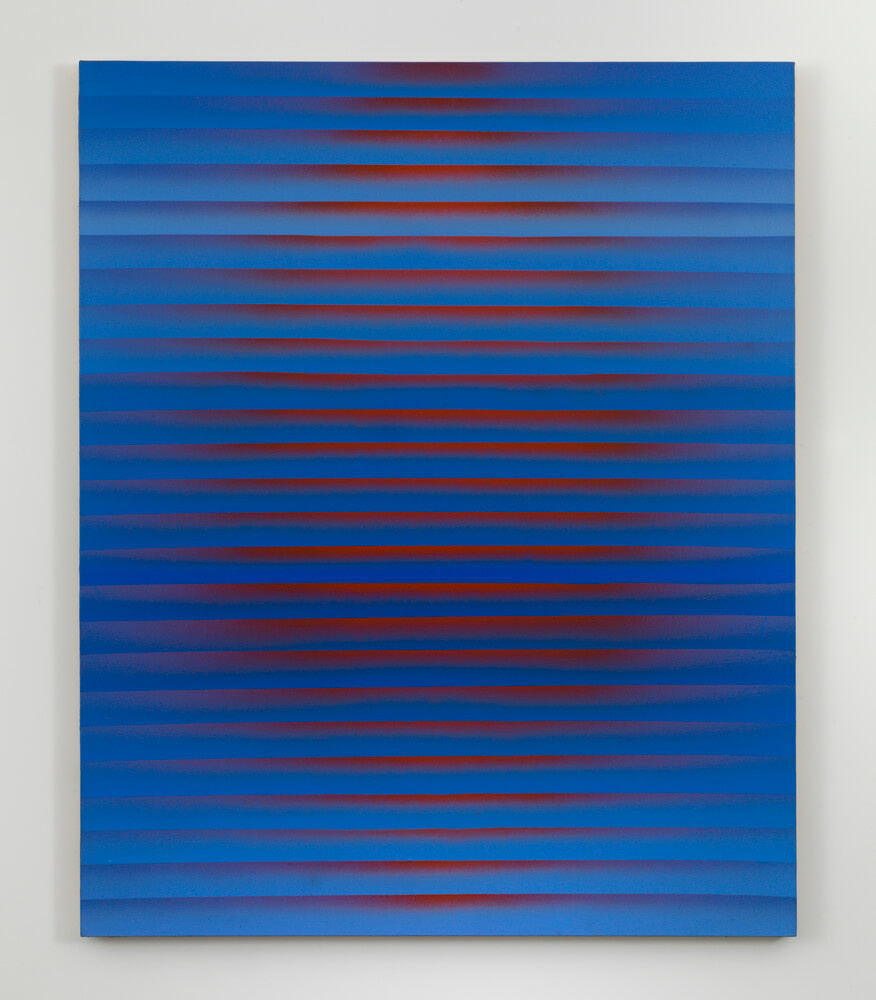 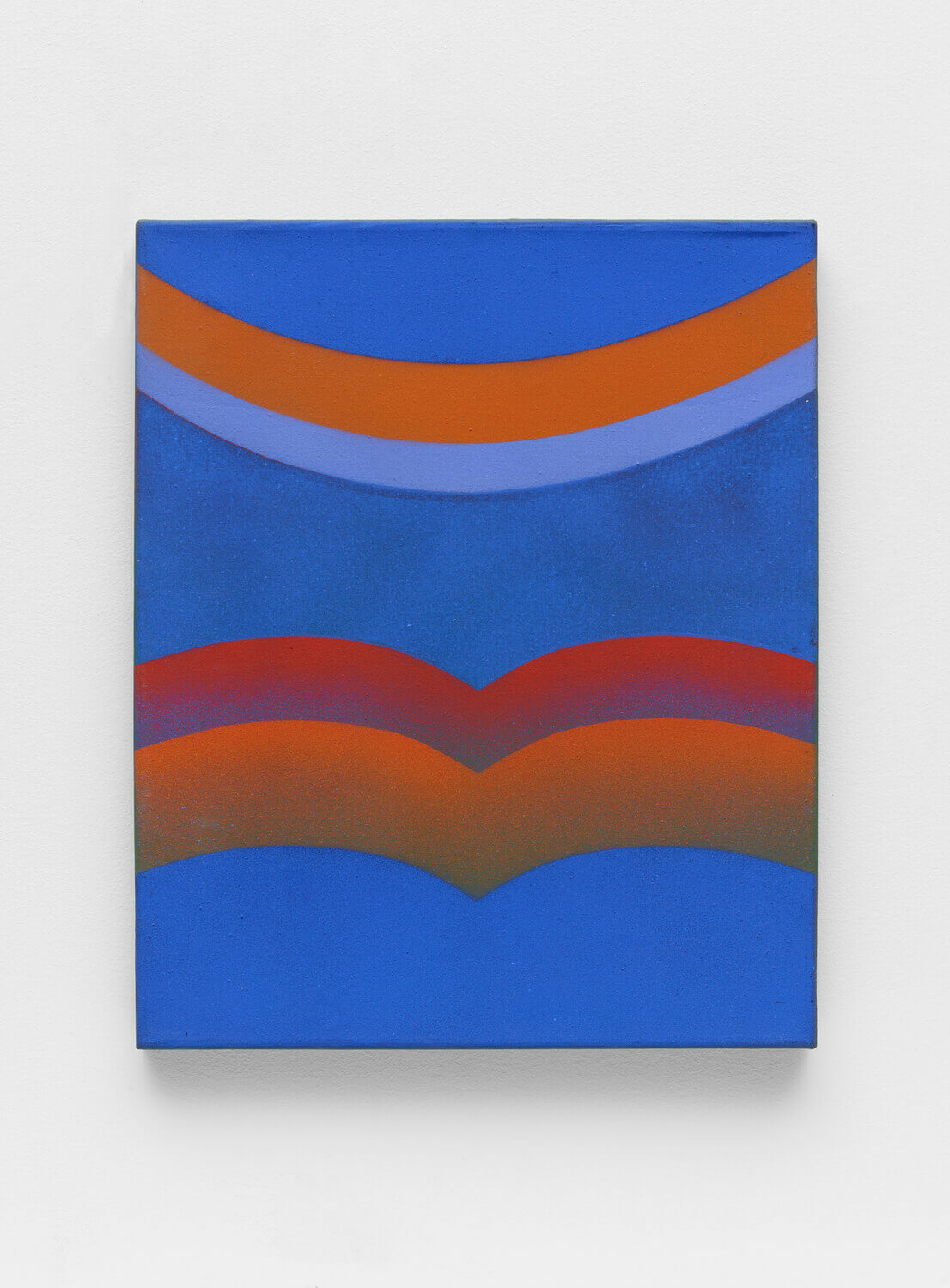 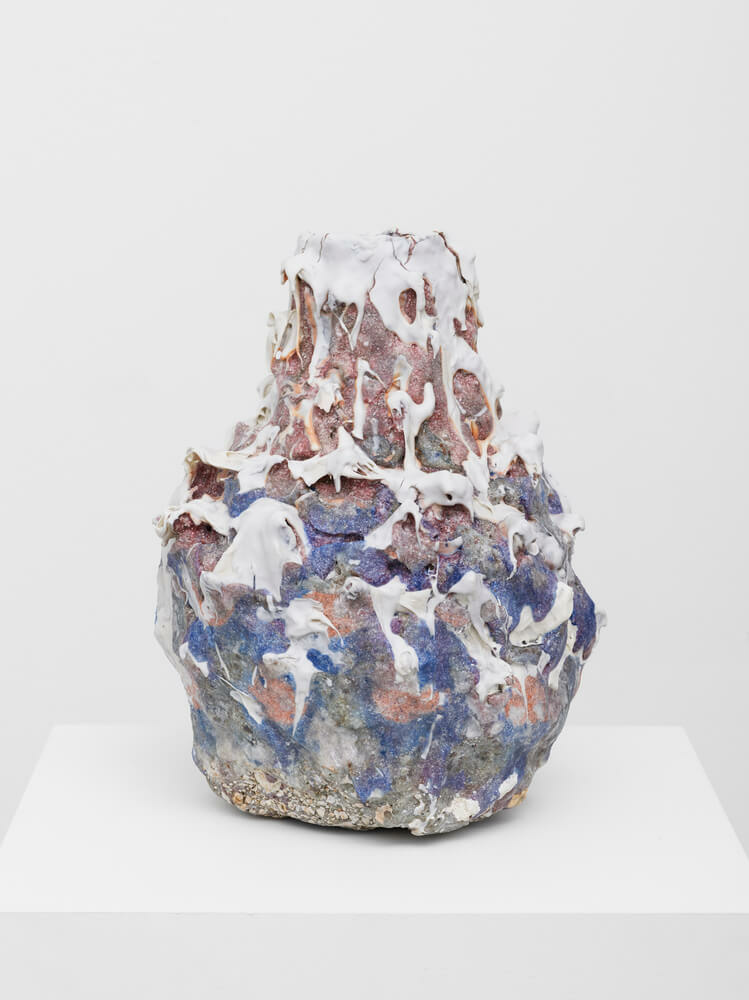 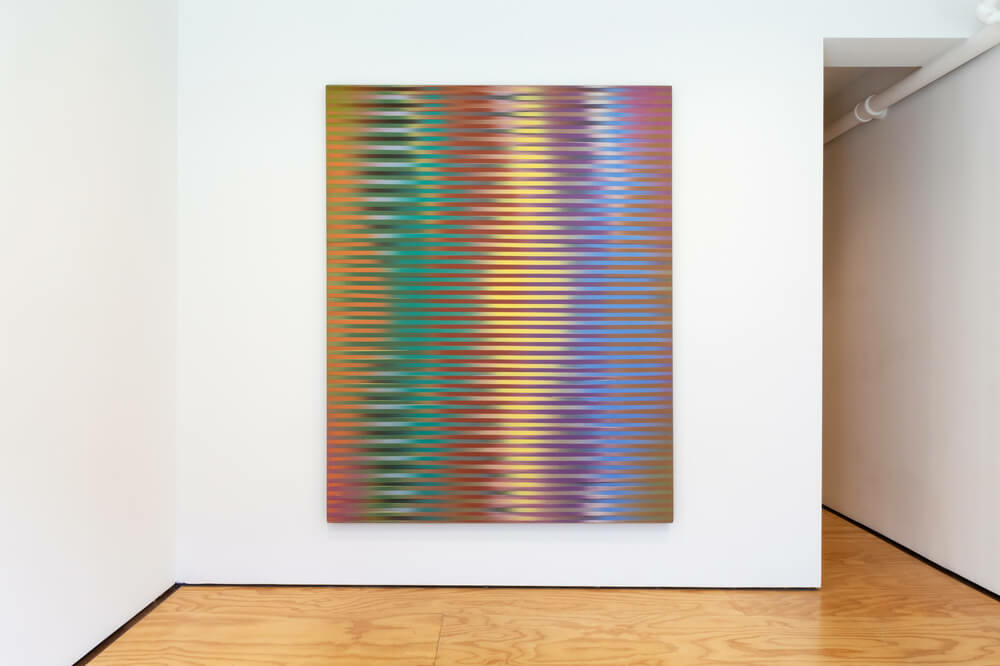 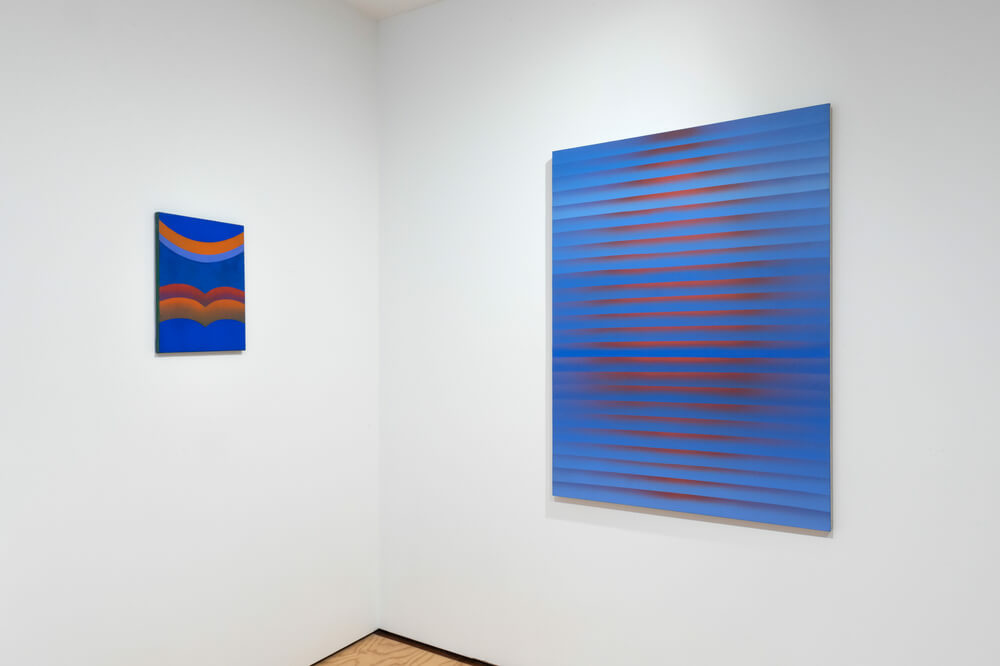 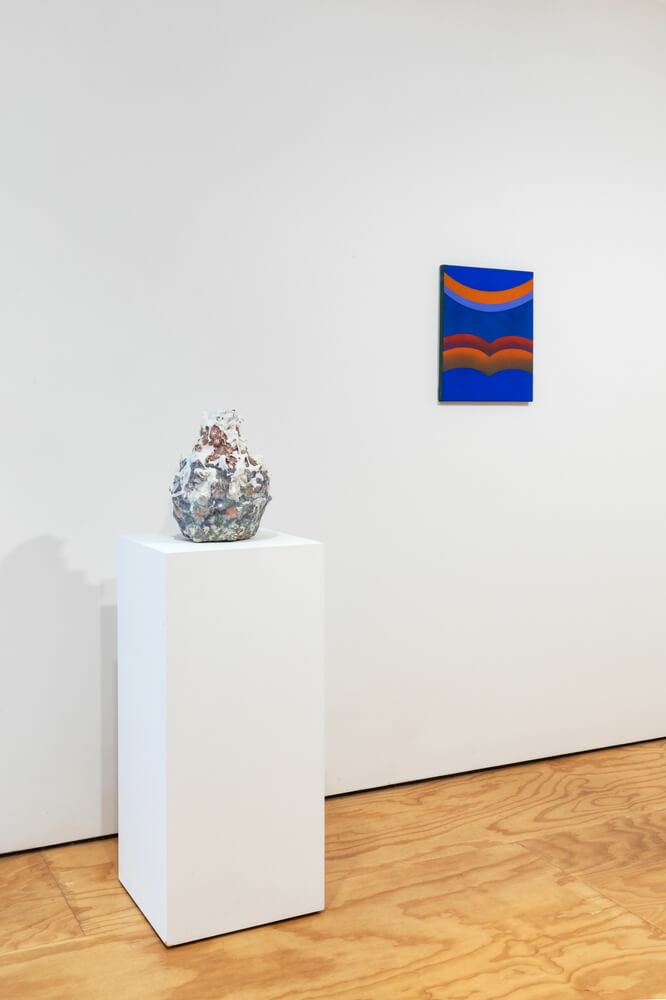 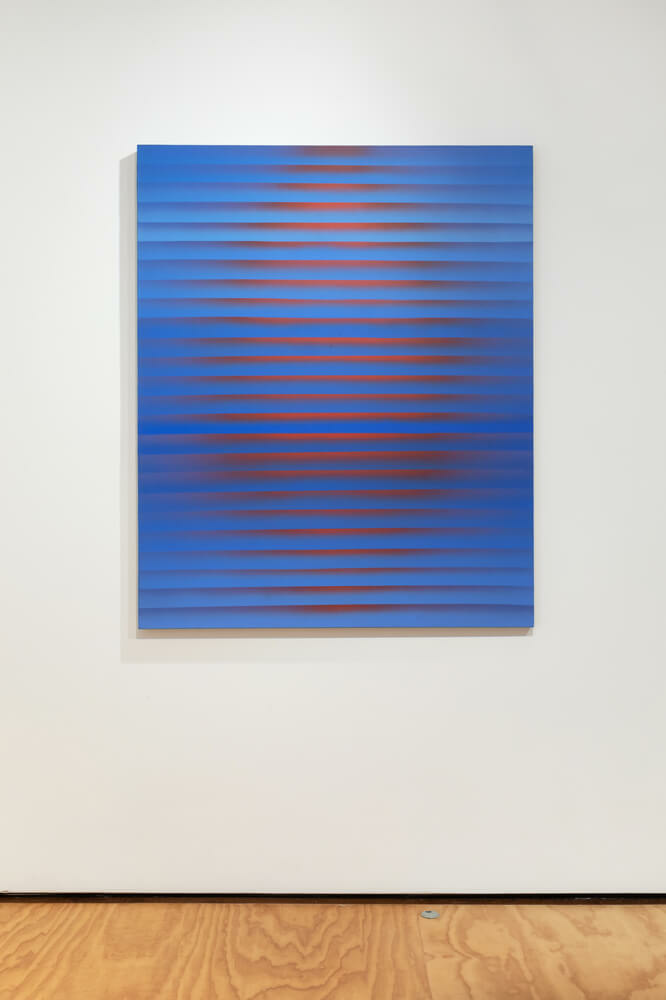