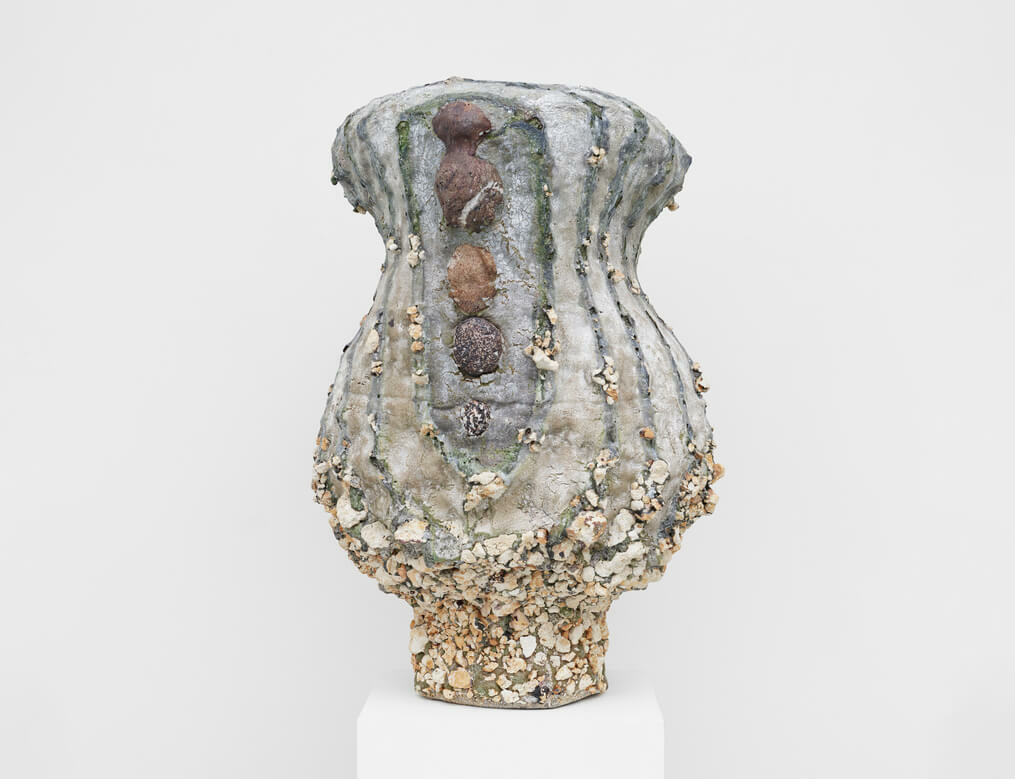 Lisson Gallery’s space in East Hampton will return for a second year on 1 April 2021, opening with an introduction to the work of the avant-garde Japanese ceramicist, Masaomi Yasunaga. This marks the gallery’s first show with Yasunaga, as well as the artist’s premiere on the East Coast. The exhibition follows Yasunaga’s inaugural US presentation in 2019 and joint exhibition with Sterling Ruby in 2020 at Nonaka-Hill, Los Angeles, after extensive shows in his native Japan. Featuring new and recent works, displayed on a bed of gravel, the exhibition illustrates the development of the artist’s practice. With his highly adventurous production methods, Yasunaga offers a re-evaluation of ceramic traditions and potential.

Yasunaga (born 1982) lives and works in Iga-shi, Mie Prefecture, Japan. He was a student of Satoru Hoshino, a coterie of the avant-garde ceramic group Sodeisha: a post-war (1940s – 1990s) movement that questioned the mandate of functionality within the ceramic medium and pioneered a new sculptural philosophy. Translated as ‘crawling through the mud society’, artists of Sodeisha rebelled against the prevalent ceramic traditions in Japan to create existentially and emotionally driven artworks.

Yasunaga extends the legacy of Sodeisha group’s experimental ethos by focusing on the process of creation, centered around the sculptural form rather than the functional use of the object. Inspired by his upbringing within Japan’s Catholic minority and ensuing appreciation for aesthetics of Western origin, Yasunaga honors a global range of vessel forms and ritual objects. With titles referencing physical states of being — empty, melting, fused, molted, shedding, skeleton, flesh and bone — the artist evokes nature’s physicality into earthenware, eliciting an emotional connection with the viewer.

While pottery is typically formed from clay, fired in a kiln and sealed with a finishing coat of glaze, Yasunaga adopts glaze as the primary material from which to build his sculptural works. Combined with unique raw materials such as feldspars, whole rocks, metal or glass powders, Yasunaga’s forms are buried in various strata of sand or kaolin (unrefined porcelain clay) to preserve their structure in the firing stage.  After cooling, Yasunaga’s sculptures are excavated from their beds in a studio process analogous to archaeological excavation and discovery.  The yielded objects appear honed and shaped by earthly elements over centuries, some whole and others curiously fragmented. Aesthetically, these sculptures are simultaneously primitive and contemporary; objects of human culture which appear as if lost and found, seeming to confirm the supremacy of nature’s order over the world of mankind.

Lisson Gallery’s East Hampton space will continue its focused format featuring both influential, historical artworks and debuting new bodies of work in an experimental, intimate setting. Following the Masaomi Yasunaga exhibition in April, the gallery will offer presentations by Roy Colmer, Leon Polk Smith, Ceal Floyer, Laure Prouvost, Sean Scully and Allora & Calzadilla, among others. The gallery will be open to the public each week from Thursday through Sunday, 11am to 4pm.