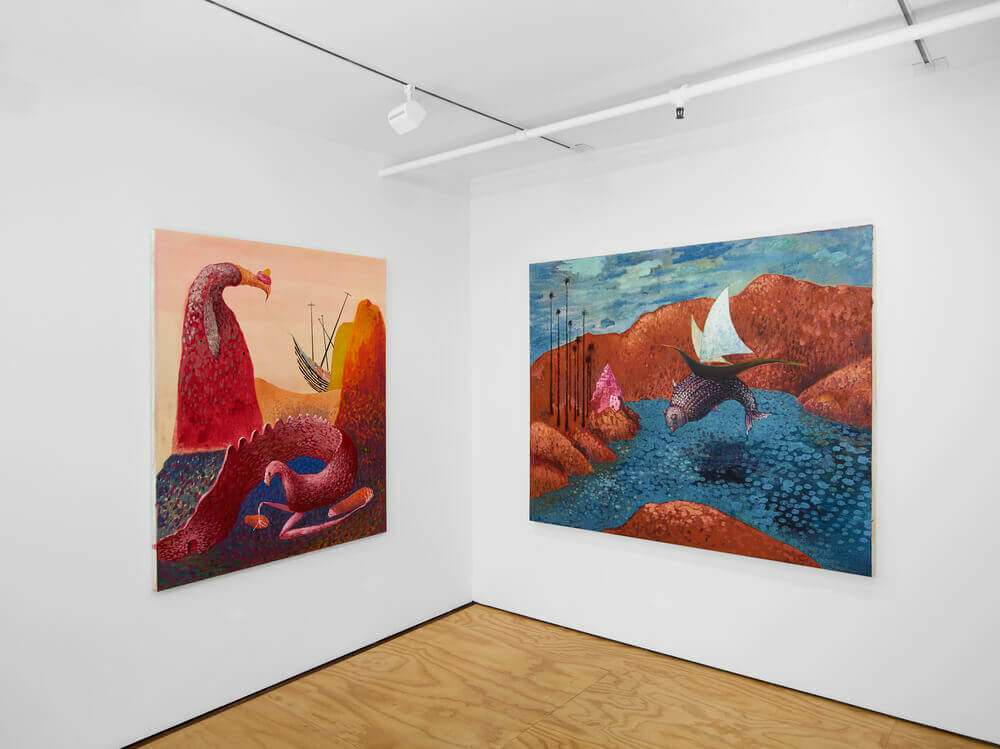 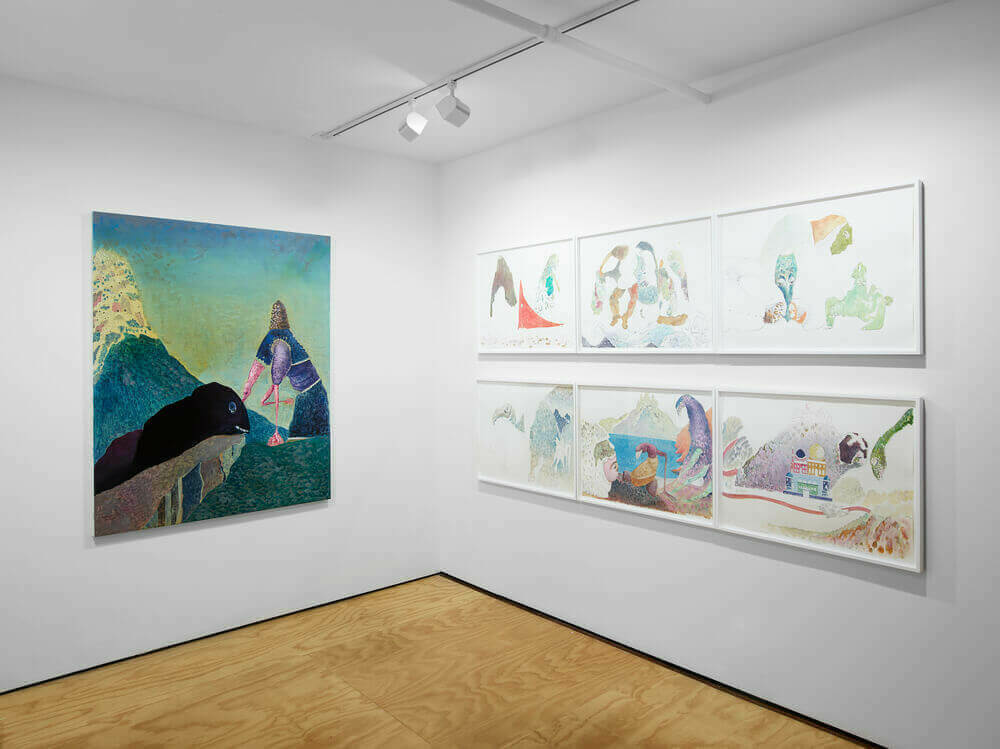 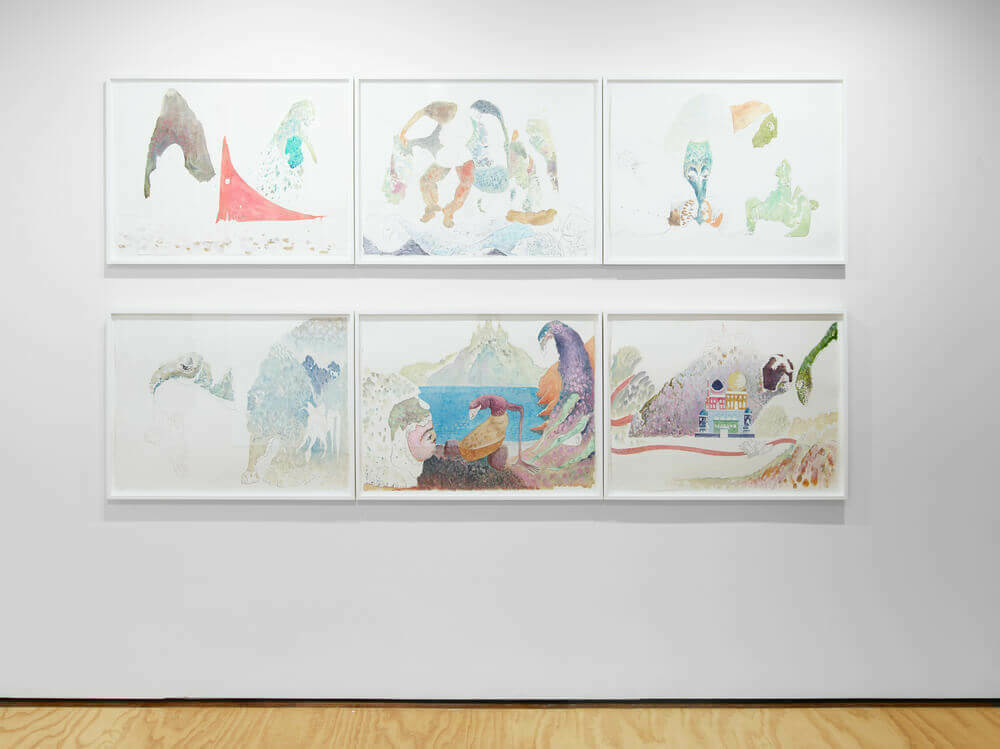 For the latest exhibition in East Hampton, Lisson Gallery is pleased to present a series of paintings and works on paper by Wael Shawky that serve as a story board for the artist’s critically acclaimed films. For his first solo exhibition in East Hampton, Shawky presents works that reference his Al Araba Al Madfuna (2012-2016) film trilogy. The works tell the personal story of his travels through Upper Egypt, intertwined with Mohamed Mustagab’s short story Dairout al Sharif.

Regarded as one of the most important artists in the Middle East, Wael Shawky pursues the reinterpretation of established historical narratives through multiple mediums, emphasizing the frailty of cultural memory by retelling the annals of the Arab world with an amalgam of truth and fantasy. Al Araba Al Madfuna, filmed in the Pharoah Seti and Osirion temples in Northern Egypt, is a restaging of an event he witnessed during his travels; local Egyptians digging tunnels in search of ancient riches. The three large paintings in the presentation feature motifs from the film. Originally trained as a painter, Shawky allows himself to explore the more fantastical facets of his films in the whimsical two-dimensional works. Chromatic landscapes and supernatural beings are adorned with palaces and places of worship, populated with royalty and ancient spiritual figures.

The East Hampton presentation runs in conjunction with an online exhibition that features works on paper from Wael Shawky’s ongoing Cabaret Crusades drawings series, shown for the first time earlier this year at the Modern Art Museum of Fort Worth, Texas. Two triptychs from the series hang alongside the three paintings in the show, further illustrating the relationship between the artist’s films and his compositions on canvas and paper. The Cabaret Crusades series depicts the Crusades from an Arab viewpoint, utilizing the work of historians and geographers, such as Ibn al-Qalanisi, Ibn Jubayr, and Ibn al-Athir. Scenes in the film are acted out through Murano glass marionettes, the designs for which are featured in the triptychs on display. Shawky’s works venerate historical narratives while drawing a line to world events today. The themes of sacred and geographical opposition echo evenly in the present and the past.

The Wael Shawky presentation follows solo exhibitions at the gallery by Masaomi Yasunaga, Roy Colmer, Leon Polk Smith, Ceal Floyer, Laure Prouvost, Sean Scully, Ryan Gander, Olga de Amaral and Rodney Graham. Lisson Gallery’s East Hampton space will continue its focused format featuring both influential, historical artworks and debuting new bodies of work in an experimental, intimate setting. An exhibition of work by Ted Stamm follows the Shawky presentation, from October 21 – November 7, 2021. The gallery is open to the public each Thursday through Saturday, from 11am to 5pm, Sundays from 11 – 4pm and Wednesdays by appointment.