Lisson Gallery is pleased to announce its inaugural participation in JINGART Art Fair, taking place at Beijing Exhibition Center from 10-13 June 2021. Featuring works by artists such as Anish Kapoor and Christopher Le Brun, who have recently held major solo exhibitions in Shenzhen and Beijing respectively, Lisson’s presentation at booth A18 highlights a selection of gallery artists from North and South America, including Rodney Graham, Hélio Oiticica and Joanna Pousette-Dart.

Anish Kapoor is perhaps best known for public sculptures that are both adventures in form and feats of engineering. Central to Lisson Gallery’s JINGART presentation is a recent work from the artist’s ongoing ‘mirrors’ series – concave wall-based sculptures that pull in their viewer and disorientate all sense of self and surroundings. Magenta to Pagan and Spanish Gold satin (2019), with its semi-reflective finish, seamlessly blends red into pink into a sumptuous gold, appearing as a colour field painting that optimistically radiates into the visual space between the viewer and the artwork.

Coinciding with Jason Martin’s solo exhibition of all new pure pigment works, ‘Space, Light, Time’, at Lisson in Shanghai (5 June – 21 August), the booth also features a rich monochrome pigment piece, Untitled (Dioxazine violet) (2020). A recent painting from Rodney Graham’s ‘Painting Problems’ series is also featured alongside Joanna Pousette-Dart’s Untitled (Canones #5) (2008-2016) in acrylic on wood panel, and a gouache on paper by Stanley Whitney. Alongside these, two portraits by Liu Xiaodong, Twins I and Twins II, explore the relationship between pairs of young people that the artist encountered at a children’s home on a painting trip to Greenland in 2017. An observer of contemporary life, whose large-scale works serve as a kind of history painting for the emerging world, Xiaodong will exhibit a new series of paintings in ‘Liu Xiaodong: Your Friends’. the first solo presentation to be mounted at Beijing’s UCCA Edge museum, opening 7 August.

Lisson’s JINGART selection also includes the first presentation in Beijing of work by Brazilian artist Hélio Oiticica. Untitled (1958) in gouache on cardboard is an example from Oiticica’s pivotal Metaesquemas series – noted for their geometric energy and created during a time of abundant production for Oiticica while involved with Rio de Janeiro’s Grupo Frente movement. Oiticica sought to "cleanse color, leaving the cardboard raw" in the Metaesquemas, producing works that lay in between painting and drawing, and preceding the artist’s interactive installations and immersive sculpture of the 1960s and 70s. A solo presentation of works by Oiticica will be presented at the gallery’s Shanghai space in September this year. 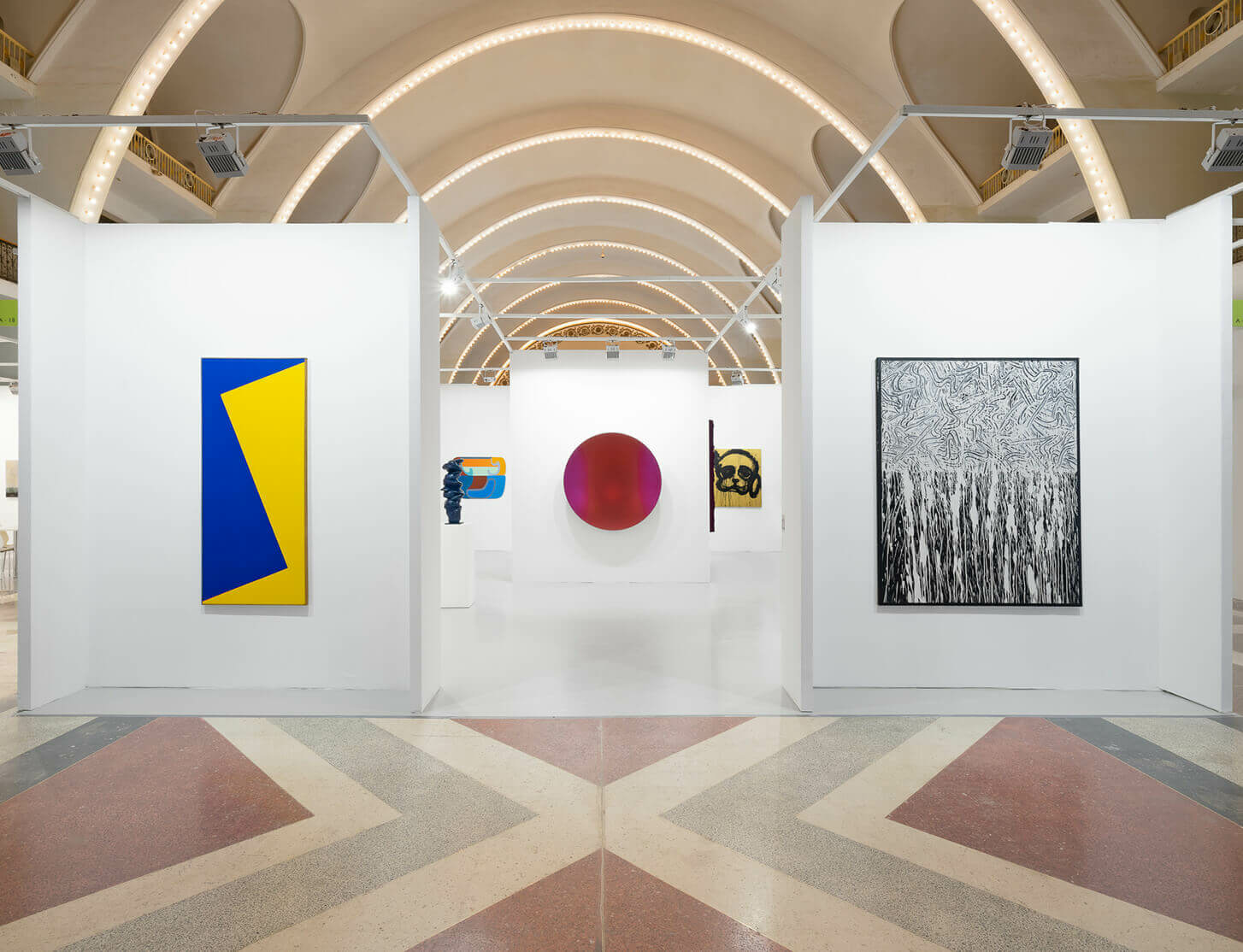