Explore these major solo and group exhibitions around the world this winter featuring Lisson Gallery's artists, including Laure Prouvost's major commission at the Nasjonalmuseet, Oslo; John Akomfrah's largest ever film installation Purple at the Hirshhorn Museum and Sculpture Garden; and a new VR experience by Julian Opie presented by He Art Museum.

‘Sean Scully: Bodies of Colour’ at Kunstwerk Sammlung Klein, Eberdingen-Nussdorf, Germany
Until 18 December
The exhibition presents a selection of paintings and graphic works as well as a sculpture by Sean Scully and directs its focus on object-like, physical aspects also in the artist’s painterly oeuvre as well.

‘John Akomfrah – Mimesis: African Soldier’ at Bristol Art Gallery and Museum, Bristol, UK
Until 8 January
Akomfrah presents his 2018 multi-channel film uncovering the undiscussed story of the Commonwealth soldiers who volunteered to fight in World War I: the war of their colonial masters.

Wael Shawky in ‘Alexandria: Past Futures’ at Bozar, Brussels, Belgium
Until 8 January
A group exhibition of some 200 artefacts from major European museum collections and twenty contemporary works, highlights one of the greatest cities of the ancient Mediterranean at the peak of its cultural influence. Shawky presents a recent painting and debuts a new film work, Isles of the Blessed (Oops!...I forgot Europe).

‘Tony Cragg: Transfer’ at Museo Novecento, Florence, Italy
Until 15 January
An extensive survey show curated by Sergio Risaliti and Stefania Rispoli, presenting a selection of sculptures and works on paper by the English master that invite the audience to contemplate relationships between the natural world and artificial invention, the organic and the technological.

‘Cory Arcangel: Flying Foxes’ at Kunstverein Hamburg, Hamburg, Germany
Until 12 February
Arcangel brings together several recent works in response to the legacy of artist Michel Majerus, setting the scene for a group of works which conflate the free-floating transmission of images and their consumption online with the life of global resources.

‘Laure Prouvost. Above Front Tears Oui Float’ at the Nasjonalmuseet, Oslo, Norway
Until 12 February
Prouvost takes over the museum's Light Hall as the first artist to create an exhibition at Nasjonalmuseet as part of the Fredriksen Commissions.

‘Pedro Reyes: Zero Armi Nuclieri’ at Museo Nivola, Orani, Sardinia
Until 22 February
Presenting the developments of Reyes' Zero Nukes campaign, launched by the artist in collaboration with numerous institutions and figures from the worlds of art and science, to bring nuclear threat to the attention of the public and put pressure on governments to reduce production and pursue disarmament.

‘Marina Abramović: Gates and Portals’ at Modern Art Oxford and Pitt Rivers Museum, Oxford, UK
Until 5 March
This performance-based exhibition – developed following a research residency at the Pitt Rivers Museum – explores transitional states of being, with each visitor invited to participate as a performer with a small group of others.

‘Sean Scully: Material World’ at Thorvaldsens Museum, Copenhagen, Denmark
Until 5 March
The artist’s first solo museum exhibition in Denmark features site-specific works in materials referencing Bertel Thorvaldsen’s art and life as well as the history of Denmark, such as locally sourced timber for a monumental work in the museum’s front square.

‘Sean Scully: The Passenger - A Retrospective’ at Museum of Contemporary Art Zagreb, Zagreb, Croatia
Until 12 March
The Zagreb iteration of this touring retrospective of sixty-four paintings, works on paper, photographs and sculptures is adapted to the spatial specificities and history of the MSU.

‘The International Exchange Exhibition: Daniel Buren’ at Daegu Art Museum, Daegu, South Korea
Until 29 January
Focused on the specific relationship between artworks and space, visitors are welcomed to experience 24 artworks through three spaces, including the colourful installation Like Child’s Play, displayed for only the fourth time, and the artist’s self-directed 6.5-hour documentary film, Out of Time, Out of Sight.

‘Julian Opie: OP.VR/HEM@shenzhen’, Shenzhen, China
Until 31 January
The artist’s first solo exhibition in southern China, presented by He Art Museum, features the world premiere of his newest virtual reality work. Also displayed are a series of portraits and landscapes, installations and sculptures, depicting the interconnectivity of the urban environment.

Pedro Reyes, Citlali (2022) at Riverwalk Public Art Garden, San Antonio, TX, USA
Unveiled October 2022
This large-scale public commission in volcanic stone focused on offering a work that represented the earth, astronomy, mother nature and the first civilizations of the area, such as the Comanches, Pecos, Papaya, and other groups, who inhabited the area for 11,000 years until the city's founding.

Bernard Piffaretti in ‘The Double: Identity and Difference in Art since 1900’ at The National Gallery of Art, Washington D.C., USA
Until 13 January
‘The Double’ is the first major exhibition to consider how and why modern and contemporary artists have employed doubled formats to explore perceptual, conceptual, and psychological themes. Piffaretti shows two recent paintings composed using his signature split-canvas system.

Garrett Bradley in ‘Just Above Midtown: Changing Spaces’ at Museum of Modern Art, New York, NY, USA
Until 18 February
A new collaborative video piece by Bradley and Arthur Jafa, a Negro, a Lim-o, features in this group show celebrating the legacy of the JAM art gallery and self-described laboratory, open from 1974–’86 and led by Linda Goode Bryant, that foregrounded African American artists and artists of color.

'John Akomfrah: Purple' at the Hirshhorn Museum and Sculpture Garden, Washington D.C, USA
Until January 2024
The artist’s largest ever film installation weaves together original film with archival footage against a hypnotic score to address themes related to climate change. 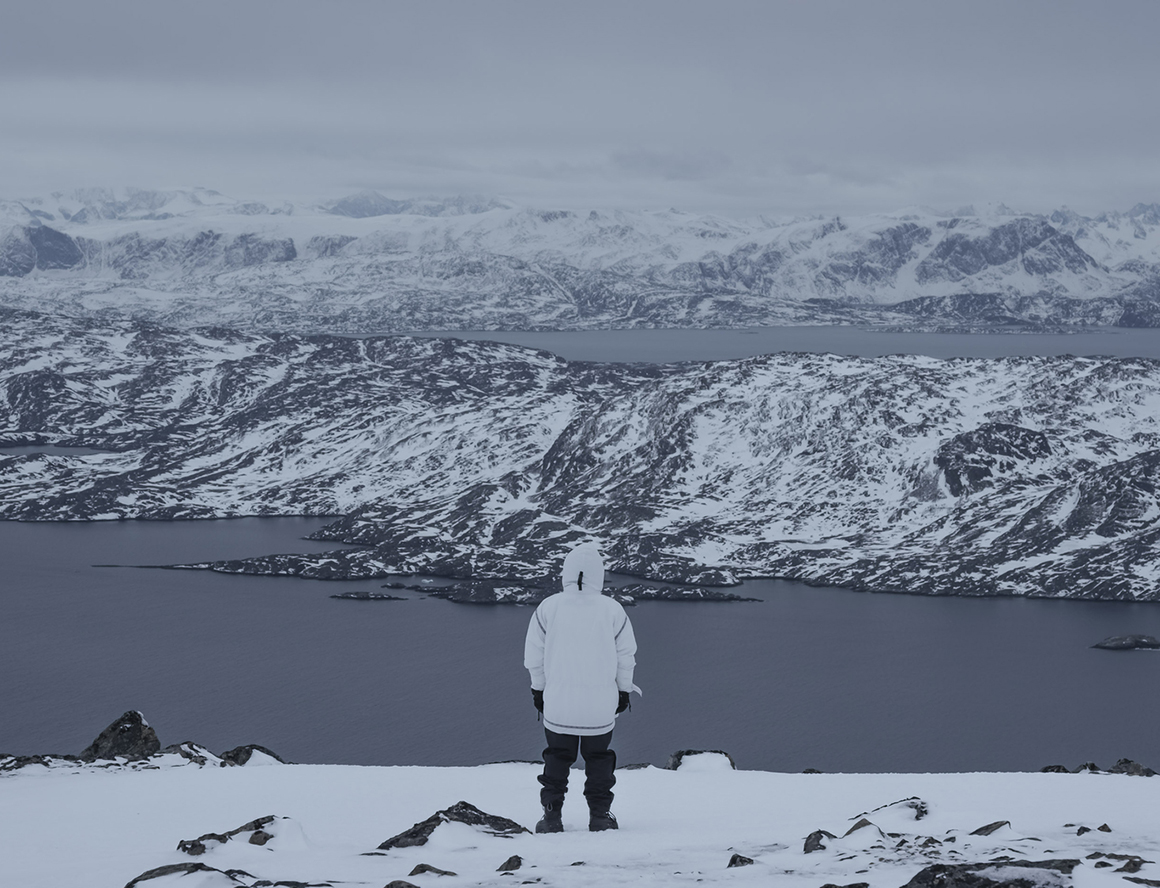