The British Art Show is a touring exhibition that provides an overview of the most exciting contemporary art in the United Kingdom and takes place across the country every five years. The eighth edition of the exhibition, which opened at Leeds Art Gallery in October 2015 and continued to Edinburgh in February 2016, has been curated by Anna Colin and Lydia Yee and features the work of 42 artists, several of whom investigate new thinking around materiality.

The third leg of the exhibition opens on 24 June and takes place across two venues in Norwich, England: Norwich Castle Museum and Art Gallery and Norwich University of the Arts. Here the exhibition is joined by a number of new works including a city-wide event organised by Alan Kane and a performance by 2016 Turner Prize-nominee Anthea Hamilton. British Art Show 8 will finish its tour in Southampton later this year (8 October 2016 – 14 January 2017).

Highlights of the Norwich leg include All That Is Solid (2015), a recent film by John Akomfrah and Trevor Mathison concerning the transience and impossibility of capturing the unrecorded voice and the undocumented past; Spirit is a bone (2014), portraits of Moscow citizens by artist duo Broomberg & Chanarin created through the use of a facial recognition system recently developed in Russia for public security and border control surveillance; as well as a series of posters that reproduce on a 1:1 scale a scene from Ryan Gander’s studio in which a still life has been constructed from research material on the subject of ‘The Still Life’. Susan Hiller has also contributed to Turkey artist Ahmet Öğüt’s collaborative project Day After Debt (UK) through her jukebox sculpture Thanks for Listening (2015) designed to function as a collection point for public contributions to a student debt relief campaign. 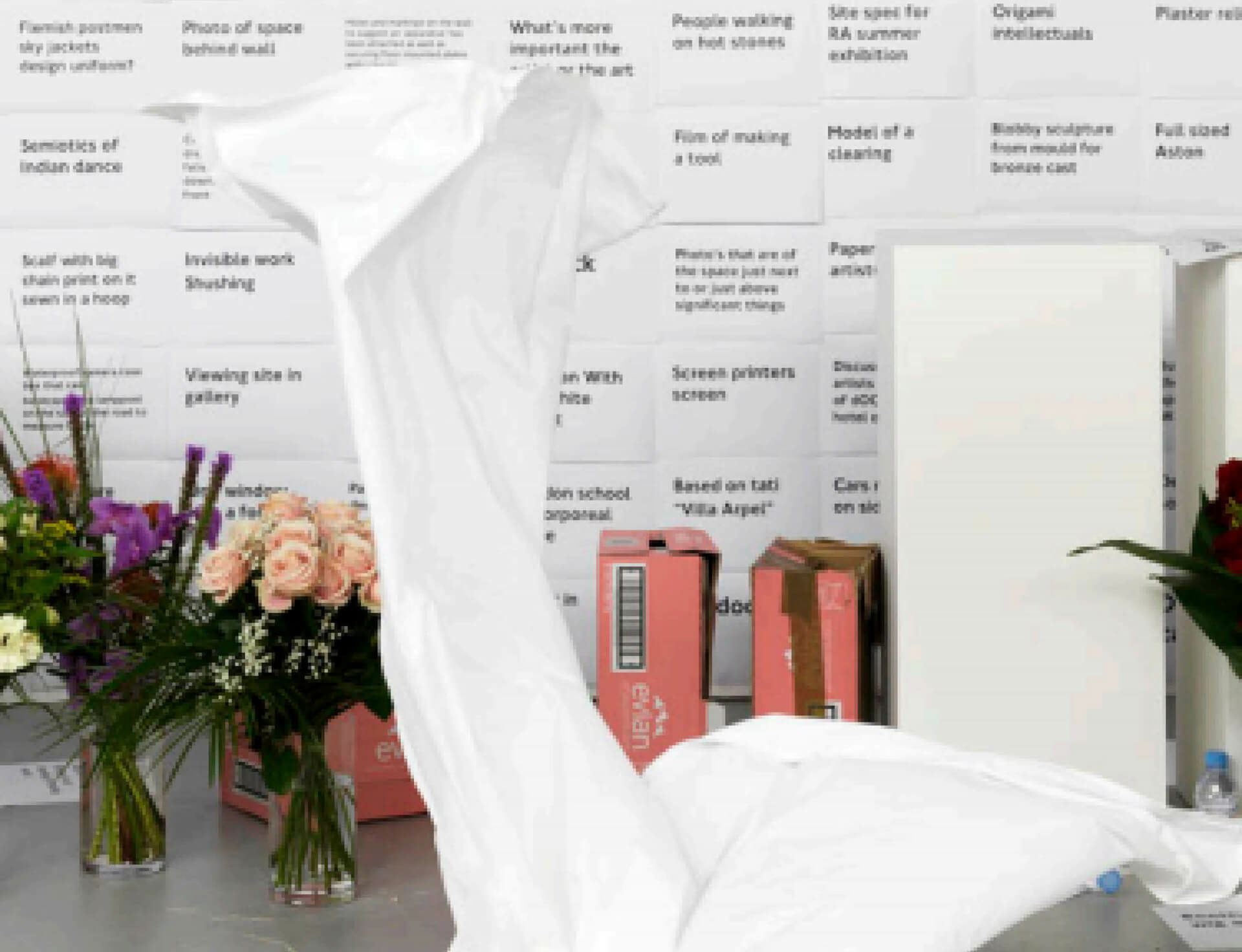