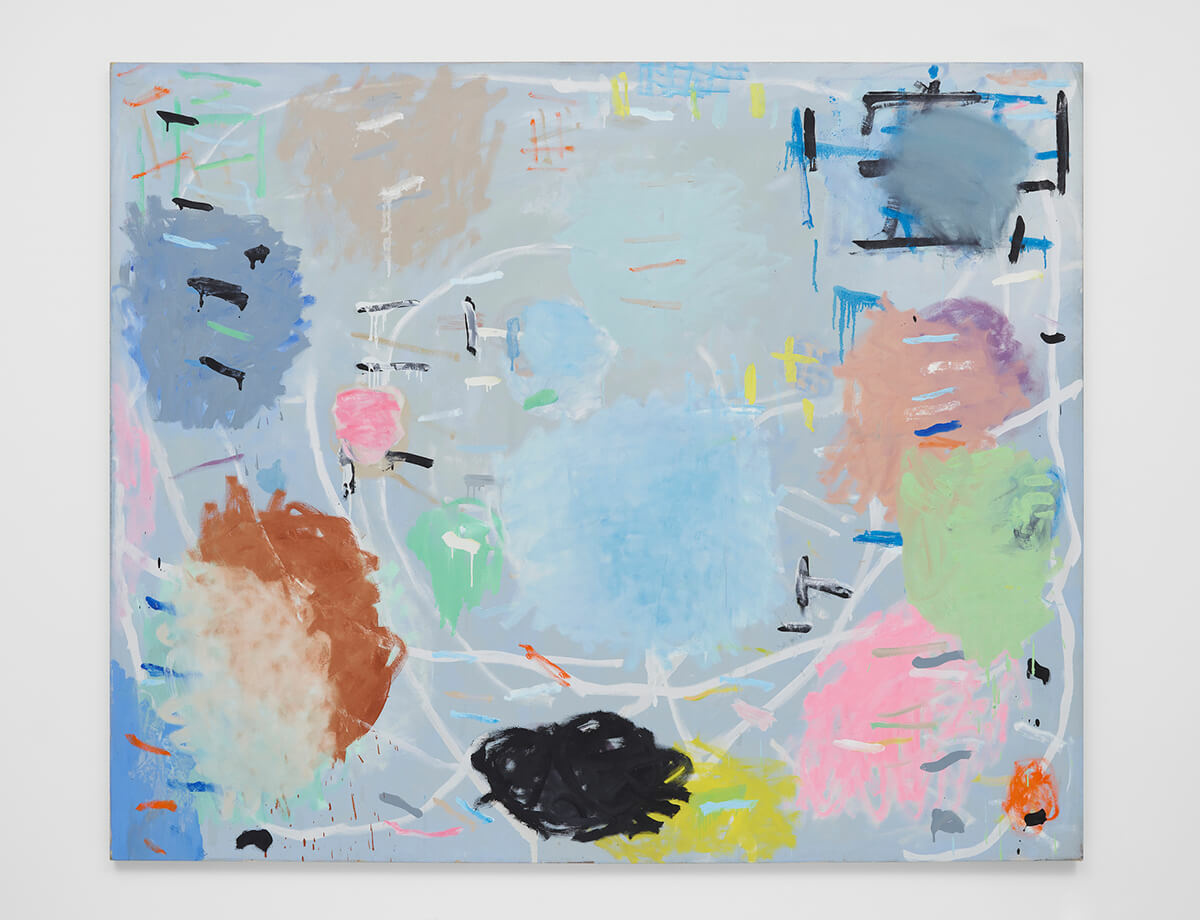 Lisson Gallery is pleased to present a selection of significant works, ranging from historical works to new painting and sculpture.

The presentation includes a rare 1984 painting by Stanley Whitney titled Portrait of a Dream. This early work foreshadows the gridded format for which the artist is best known, while formally embracing the gestural markings of ovals and open, expressive lines. Notably, Whitney painted in pastel colors during the mid-1980s, a departure from the bold, deeper hues of his recent work. The title is a direct homage to Jackson Pollock and his iconic, abstracted self-portrait, Portrait and a Dream (1953). Also part of this exhibition is the 1949 Carmen Herrera work Les Liens. This acrylic on linen canvas painting served as the beginning of the artist’s Paris Period, 1948-1954, which was defined by international travel and exposure to foreign movements such as the Bauhaus and Russian Suprematism. This led to Herrera abandoning figuration completely and beginning her life’s “quest” to find the “simplest of pictorial resolutions”. Les Liens fractures the picture plane into distinct ‘places’, creating an architectonic interplay between organicity and geometry.

The display at 508 West 24th Street also features a recent oil and sand painting by Rodney Graham, Untitled (2020), from a recent body of work called the “Painting Problems” which is collaged and derived from previous series and painterly personas created by the artist through splicing together different styles, from Braque and Picasso, to Rodchenko and Fontana. Lee Ufan’s acrylic on canvas, From Point (1982) is another exhibition highlight. Part of the From Point series, the loose, calligraphic dexterity of the brushstrokes in this work reflect Lee’s increasing interest in painting as a visible structure of invisible forces: his touch activates what he calls “the living composition of the empty spaces.”

The exhibition continues with Joanna Pousette-Dart’s large 2018-19 work Pink Black Yellow, an important curve-shaped canvas which is a format Pousette-Dart has explored since 1990 while working in Galisteo, New Mexico. The dynamic configuration of the composition evokes the constantly shifting light and form, the vastness of the spaces, and the sense of the earth’s curvature that she experienced there. Alongside this is Mary Corse’s Untitled (Black Light Series) (1989) made with glass microspheres in acrylic on canvas. The appearance and opacity of the bands in the Black Light Series dramatically fluctuate depending upon the viewer’s position. This ephemeral characteristic emphasizes Corse’s intentions of exploring the experience of time and perception through her practice. Selected Works will also include a new Allora & Calzadilla piece, which takes electromagnetism as both its subject and object, using an electromagnetic field to move and fix an array of iron filings. Allora & Calzadilla are currently the subject of a solo show at the Menil Collection. The exhibition in Houston is the culmination of four years of development and extensive research, investigating the impact of energy commerce and climate change in Texas and the artists’ home in San Juan, Puerto Rico. A large sculpture by Franz West entitled Sisyphos IV (2002) will also be presented in the exhibition.