Lawrence Weiner: Within a Realm of Relative Form

Lawrence Weiner: Within a Realm of Relative Form 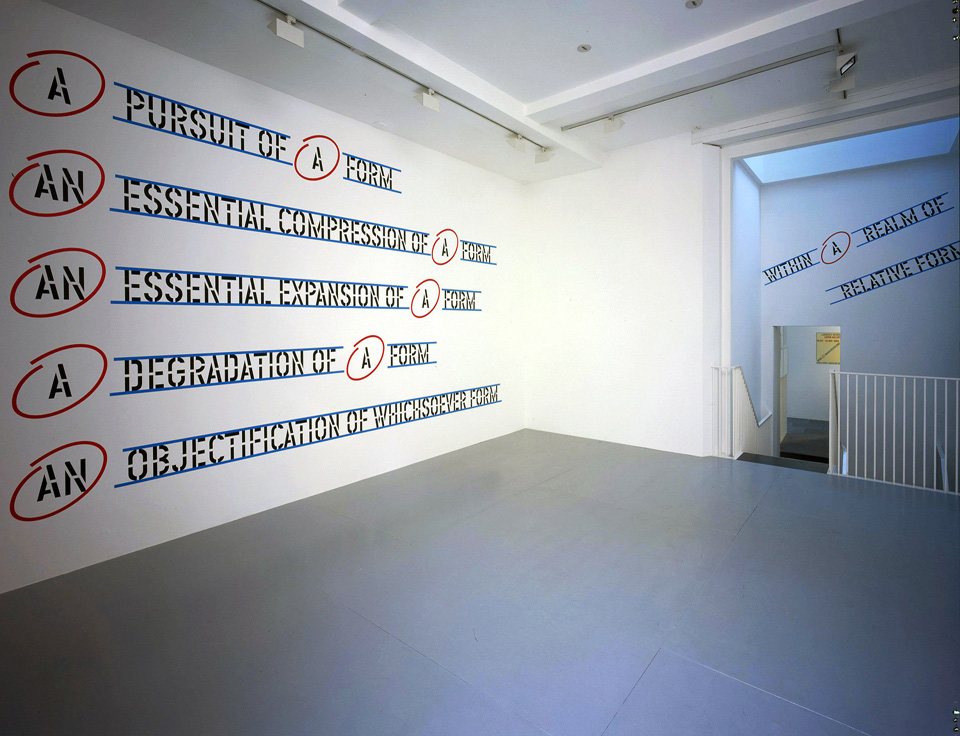 Lisson Gallery is delighted to announce its first solo exhibition with Lawrence Weiner.

Lawrence Weiner is one of the most significant and iconic artists of our generation. Throughout his practice he has pursued inquiries into language and a radical redefinition of the artist/viewer relationship. Translating his investigations into linguistic structures and visual systems across varied formats and manifestations, he has produced books, films, videos, performances and audio works.

The belief at the core of Lawrence Weiner’s work is that art is a material reality between human beings and objects and between sets of objects in relation to human beings. Weiner considers language to be a sculptural material and believes that a construction in language can function as sculpture as adequately as a fabricated object. His statement of intent published in 1969 states:

As a proposition or statement, each work need not be confined to an existence in one realised form, place or time but might be constructed in different contexts.

Important recent solo exhibitions include: WITH THE PASSAGE OF TIME, Hirshhorn Museum and Sculpture Garden (1990); DISPLACEMENT, DIA Center for the Arts (1991-2); QUELQUES CHOSES, Musee d’Art Contemporarin, Bordeaux (1992); CHAINS WRAPPED AROUND ONE THING & ANOTHER BROKEN ONE BY ONE WITH THE PASSAGE OF TIME, San Francisco Museum of Modern Art (1992); Walker Art Center, Minneapolis (1994); Philadelphia Museum of Art (1994); AFTER ALL, Deutsche Guggenheim, Berlin (2000); AS FAR AS THE EYE CAN SEE, Cologne Kunstverein (2000); BENT AND BROKEN SHAFTS OF LIGHT, Kunstmuseum Wolfsburg (2000-1).

Lawrence Weiner will have a major display at Tate Modern in December 2005 and there will be retrospectives of his work at The Whitney Museum for American Art, New York in 2007 and Los Angeles Museum of Contemporary Art in 2008.

A Phaidon monograph, including texts by Alexander Alberro, Alice Zimmerman and Benjamin Buchloh, is available. HAVING BEEN SAID: WRITINGS & INTERVIEWS OF LAWRENCE WEINER 1968-2003 published by Hatje Cantz in 2004. 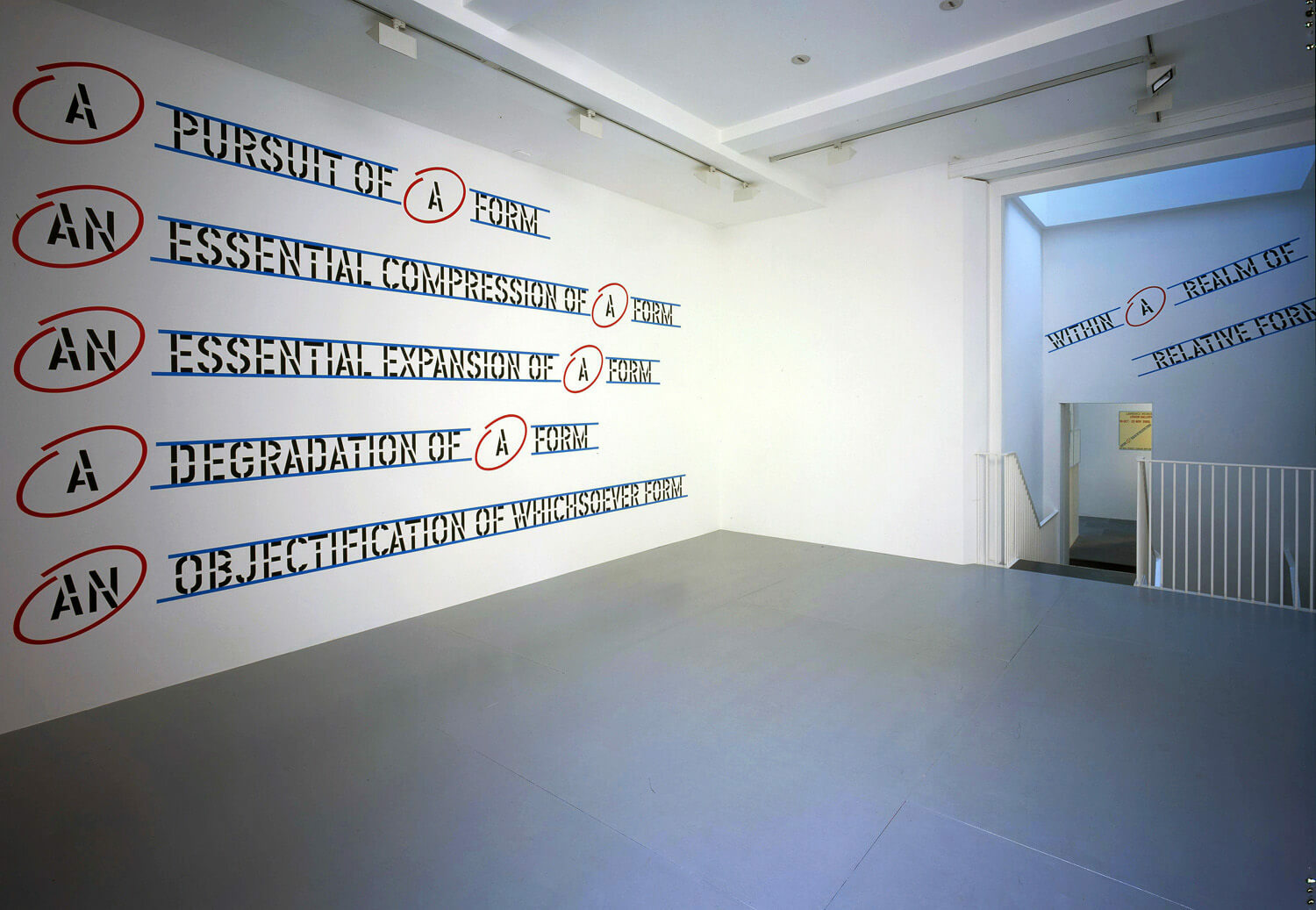 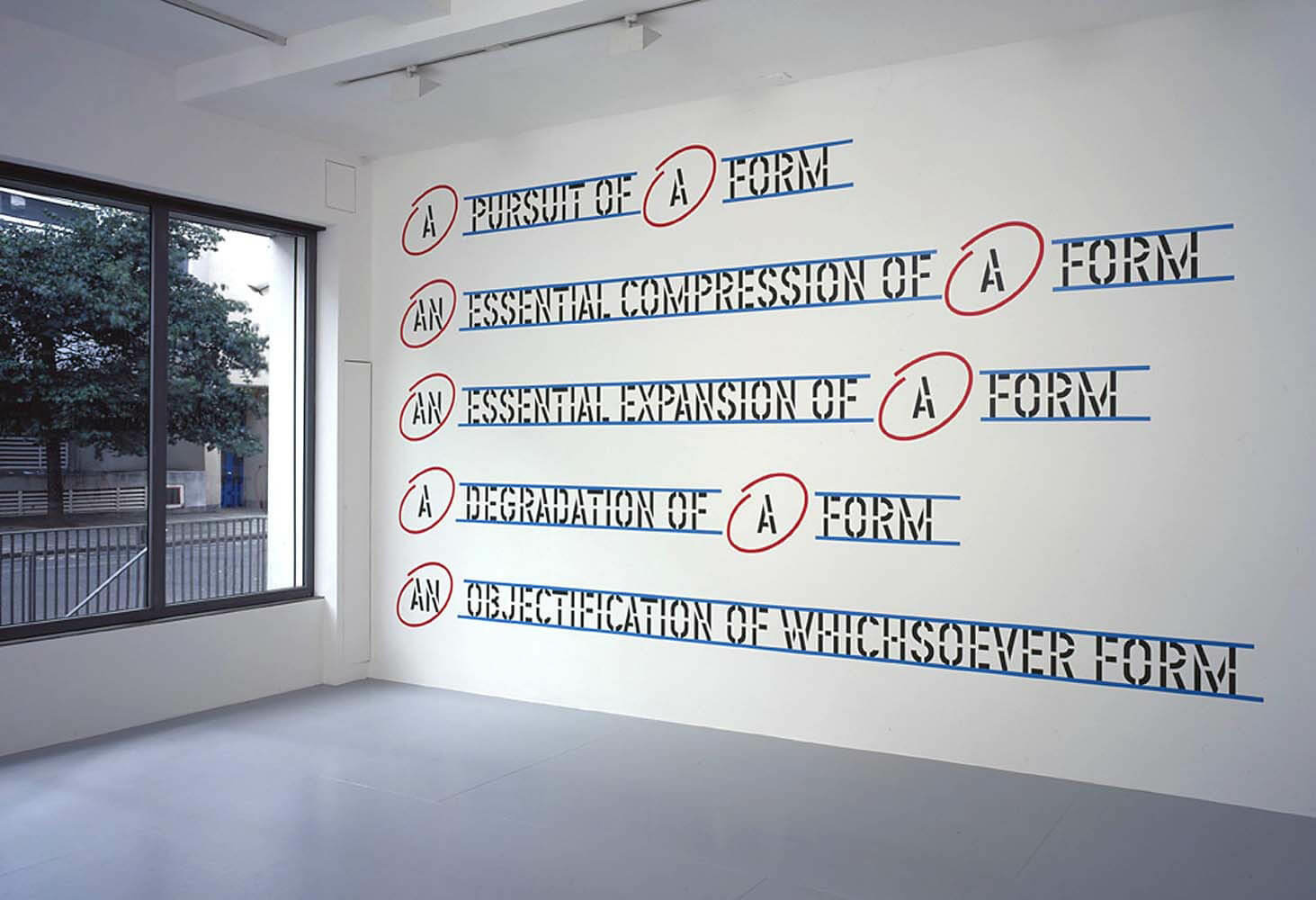 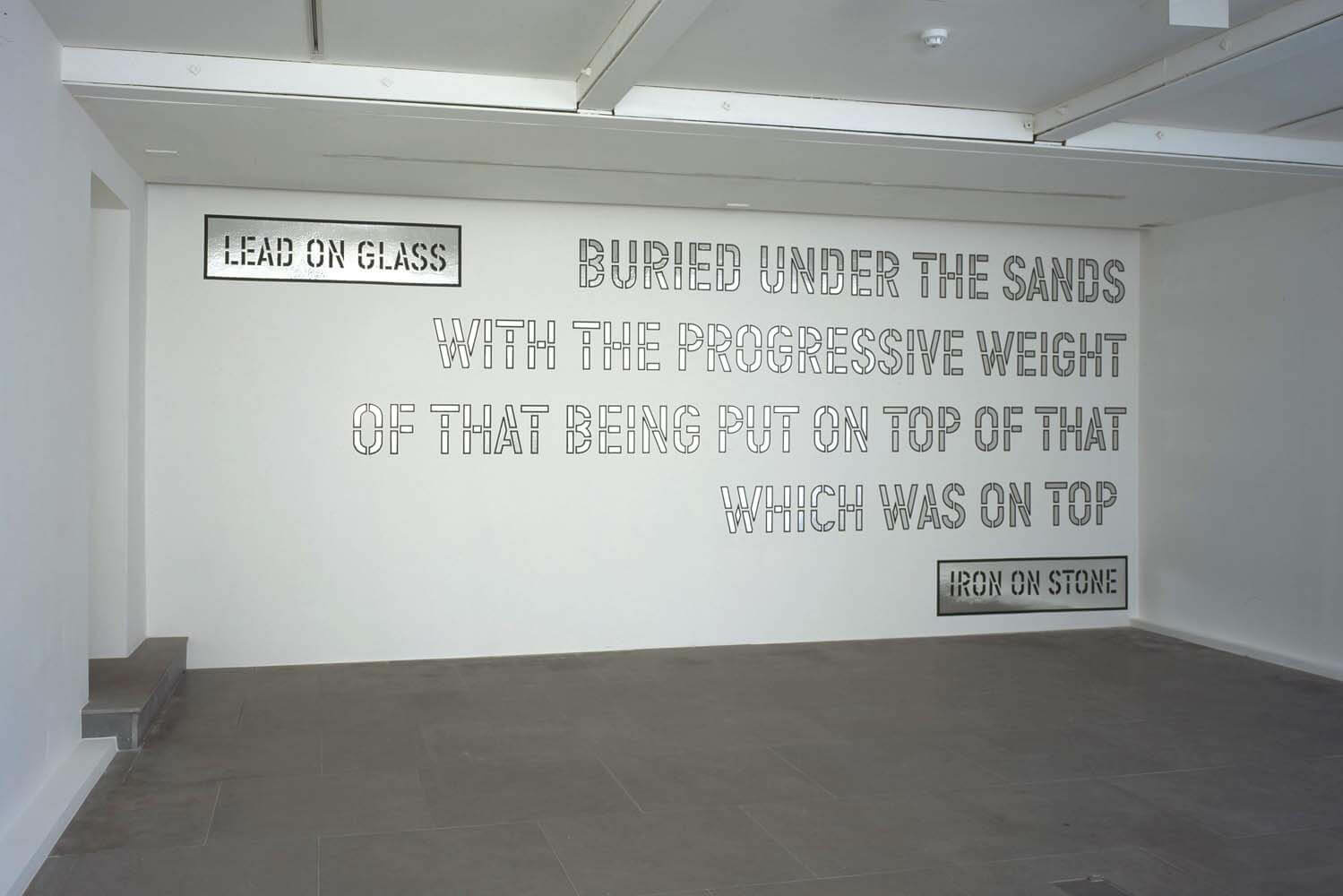 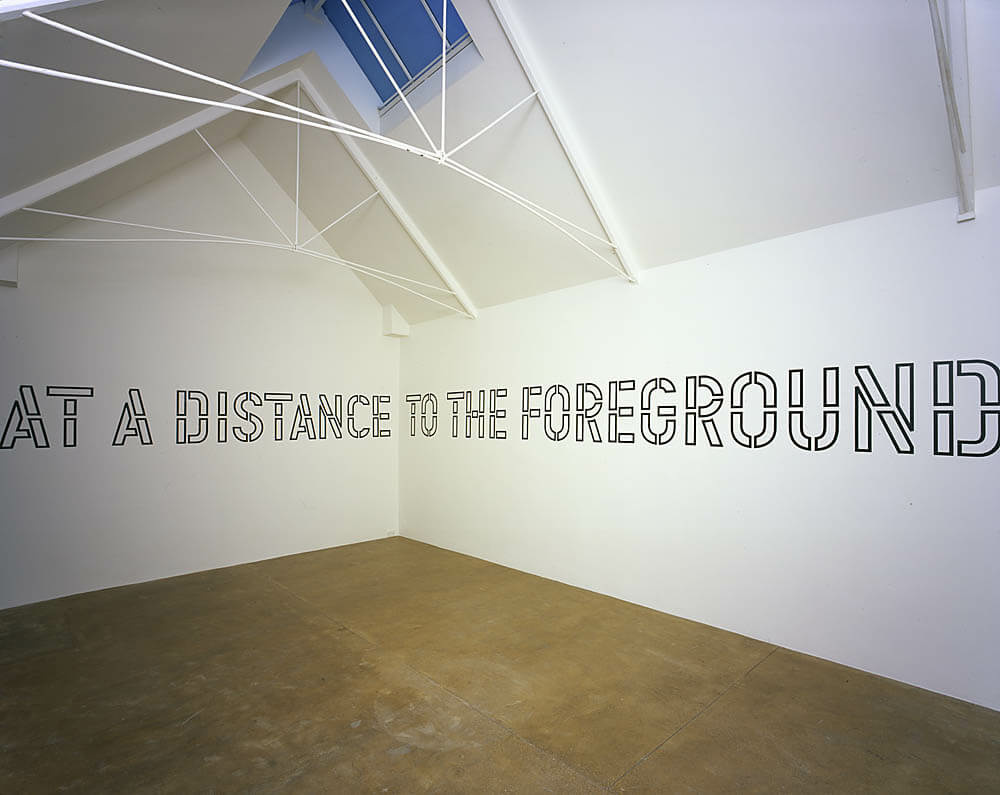 Language & the materials referred to
Variable 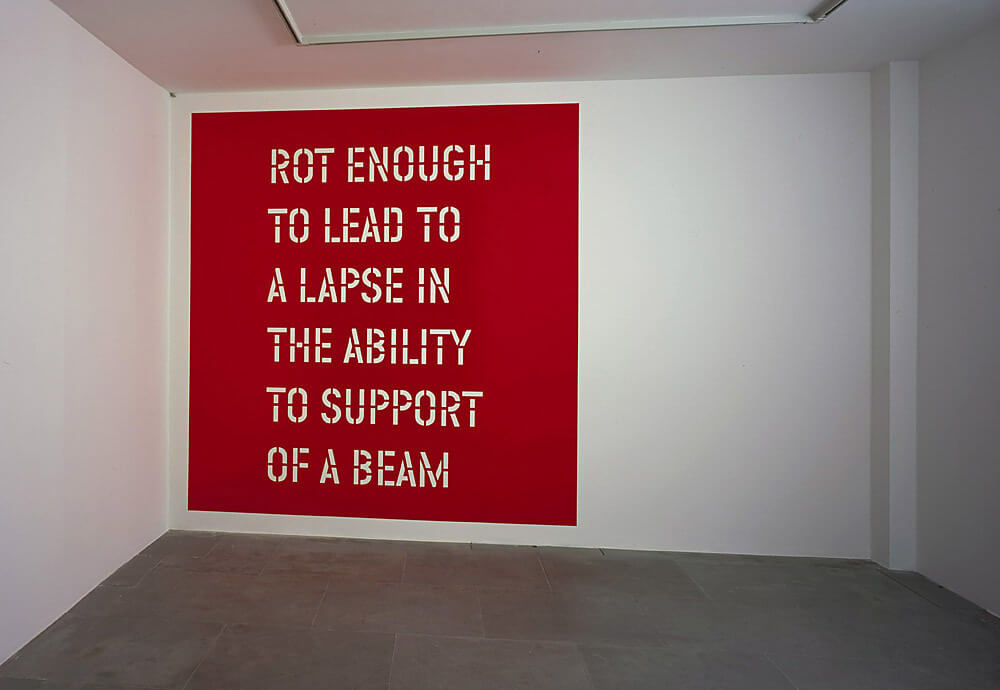 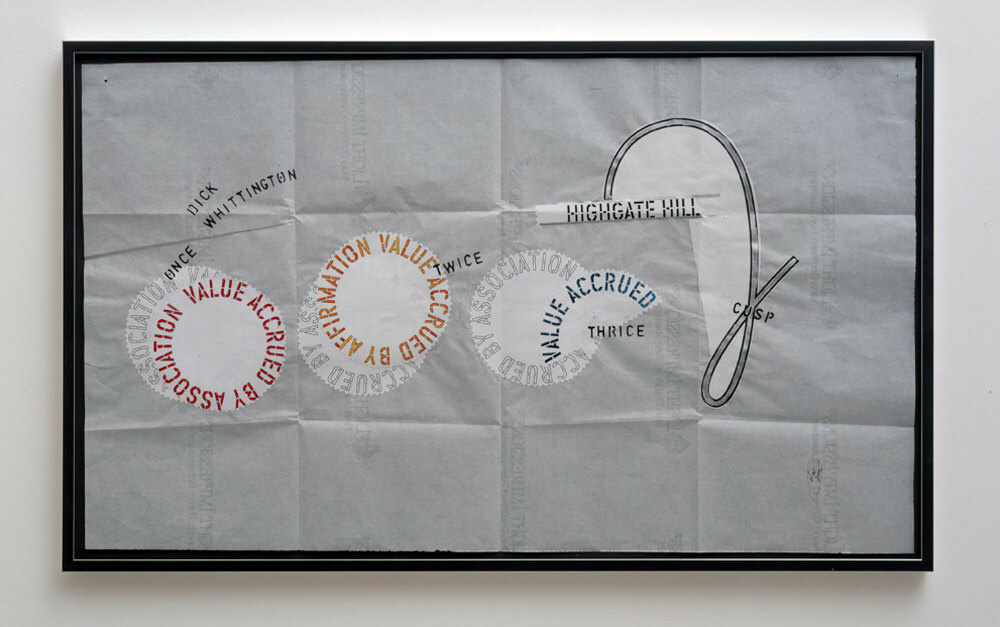