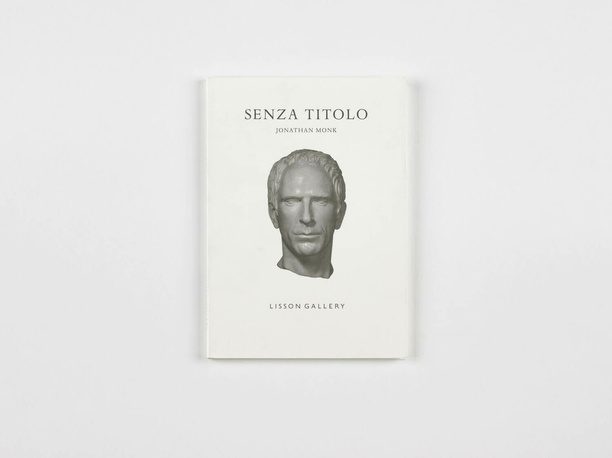 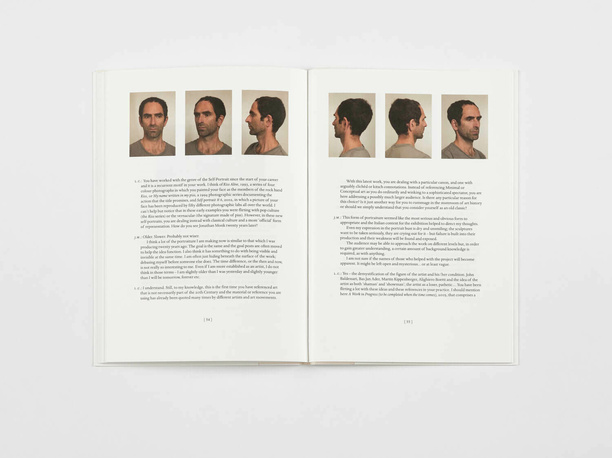 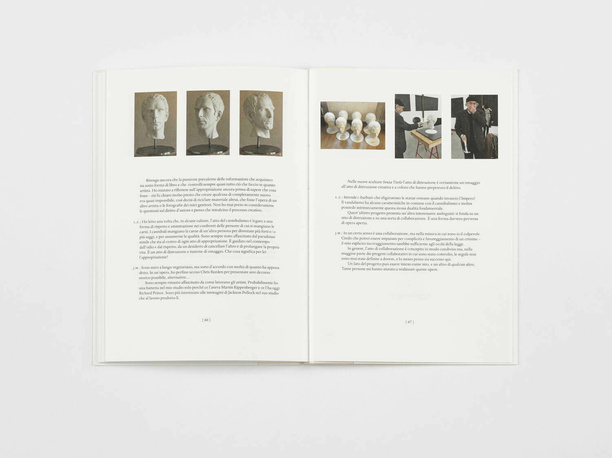 For his Lisson Gallery Milan exhibition, Jonathan Monk turned his gaze to Graeco-Roman art. Inspired by the Italian setting for the show, he has had his own head painstakingly sculpted and cast in Jesmonite polished to resemble marble.

Five identical, fractionally larger than life-size busts have been created. With stylised hair and an imperious gaze, they resemble the idealised portrait statuary of ancient Rome. Each bust is placed on a high plinth and stares down at the spectator. The figure of the artist appears exalted but this is not a simple exercise in egoism.

In order for the works to be completed, Monk invited different artists from the Arte Povera generation to break his nose. Kounellis, Calzolari, Prini and Zorio all agreed to deface a bust.

Published on the occasion of Jonathan Monk: Senza Titolo, at Lisson Gallery Milan, May 23 – July 19 2013. This fully illustrated catalogue contains essays by Alastair Sooke and Mirta d’Argenzio, and an interview with Jonathan Monk conducted by Luca Cerizza.