Tuesday 23 February 2021 marks the centenary of the birth of John Latham, one of the most enigmatic and influential artists of his generation, best remembered for his painted and sculptural works, which incorporated materials such as glass, canvas and books. Subject of a recent retrospective at the Serpentine Galleries ('A World View', 2017), Lisson Gallery is celebrating this 100th anniversary with a trio of Latham's films, being screened on the homepage over the next two weeks, as well as through a pair of written tributes from artists who knew him and his work well.

John Latham was born 100 years ago on 23 February 1921 in Livingstone, Rhodesia (now Zambia). He attended boarding school in Bulawayo and Livingstone before moving to England for preparatory school and further studies at Winchester College and Chelsea School of Art, London. He was also involved in the war effort, stationed with the Royal Navy's minesweepers before participating in his first ever exhibition in 1950 (‘John Berger. John Latham’, Kingly Gallery, London).

Visit the Spotlight page to view his film works – Talk Mr Bard (1961); Speak (1962) and Encyclopaedia Britannica (1971) – which developed Latham’s concepts of ‘time-base’ and ‘structure in events’ through playful and varied use of stop-frame animation. Below are two excerpts from writings by artists connected to Latham, first from Richard Hamilton who was part of a generation heavily influenced by Latham and secondly from Laure Prouvost, who worked for a long time as his artist assistant in South London.

"The art of painting has been bedevilled by the dilemma of its fixed unblinking eye for centuries... What we are likely to be left with is a space-based record of a time-based idea. John Latham, regarding these achievements as the efforts of time-base primitives, takes a different line in that he accepts rigidly of the visual artist’s medium and creates images that express time as a philosophic statement.

While not striving for aesthetic beauty his results are beautiful, because they emerge from an innate visual sensibility. His poetic nature is both ironic and subtle. His work is also elegant – though the elegance is closer to the use of that term by scientists when referring to attractive, spare, cleverly stated concepts containing a novel truth."

"I assisted John Latham for many years. I would cycle for 40 minutes from Hackney to Peckham to assist John with archiving, but I would also saw books up to help him make new work and was involved in the process of installing the book sculpture at the front of his house...

Personally, the work that impresses me the most and imprinted its self on me is Flat Time HO, the living sculpture that was his house and where we worked. His body became the activator of the work, the façade became the face, the first room was the showroom or the mind; the second room as the office or the brain; the kitchen and bathroom as the plumbing and the studio as the hands. All were connected and needed one another –– plumbing was part of the functioning art work.

His work articulates it all in the most simple and abstract ways. He is often looked at as obscure or hard to get. But for me John is a very intuitive person, making a work as a Big Bang phenomenon." 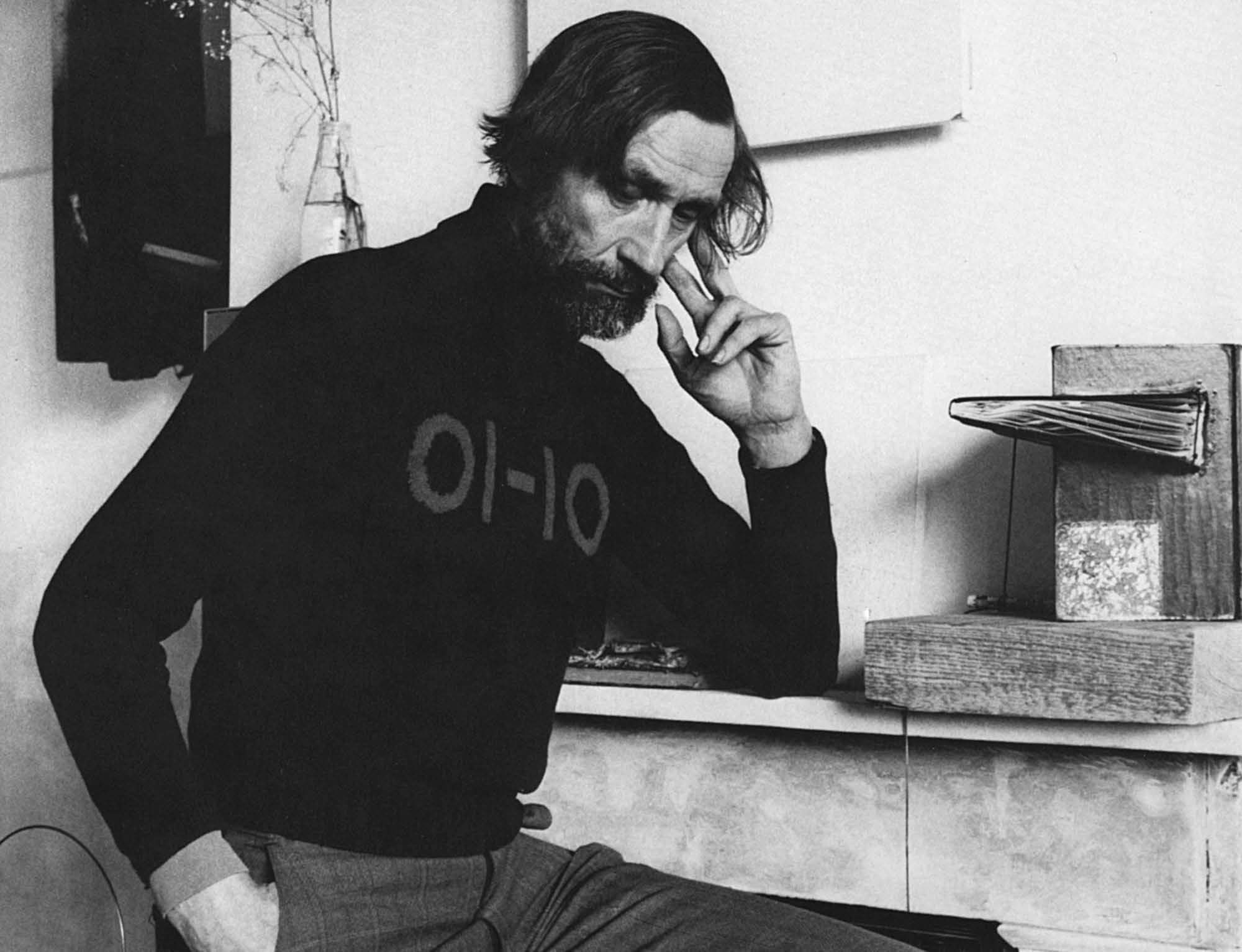