'John Akomfrah: The Earth is Flat' at CAAC Seville

Now on show until March 2021, Centro Andaluz de Arte Contemporáneo, Seville, presents the major solo exhibition ‘John Akomfrah: The Earth is Flat’. From Akomfrah's beginnings as a founding member of the influential Black Audio Film Collective (BAFC), addressing social unrest in 1980s London, to the broader transnational and transhistorical context of colonial legacy that underscores his later output, the exhibition explores the themes of migration, memory, diasporic identity, and history central to his practice.

Featuring seminal multi-channel film installations from the past decade including Auto da Fé (2016), Vertigo Sea (2015), Peripeteia (2012), and Mnemosyne (2010), the artist's innovative incorporation of found footage and archival material can be seen to run throughout, problematizing its place in the construction of histories. As well as works produced with Smoking Dog Films - the independent audiovisual production company established by Akomfrah and fellow BAFC artists Lina Gopaul and David Lawson in 1998 - the exhibition screens BAFC’s early audiovisual montage Handsworth Songs (1986) which demonstrates a complex interplay of still and moving, archival and staged footage. This woven portrait of the political and social landscape of the UK, giving form to a distinctly marginalised perspective, pioneered the anti-documentary 'film essay' - a new visual language that Akomfrah would continue to expand in his sustained exploration into the far reaches of colonial history. The exhibition occupyies the entirety of the spaces at the Monastery of the Cartuja in which the Museum is housed.

Akomfrah's upcoming exhibition, The Unintended Beauty of Disaster, is scheduled to open in London in January 2021. 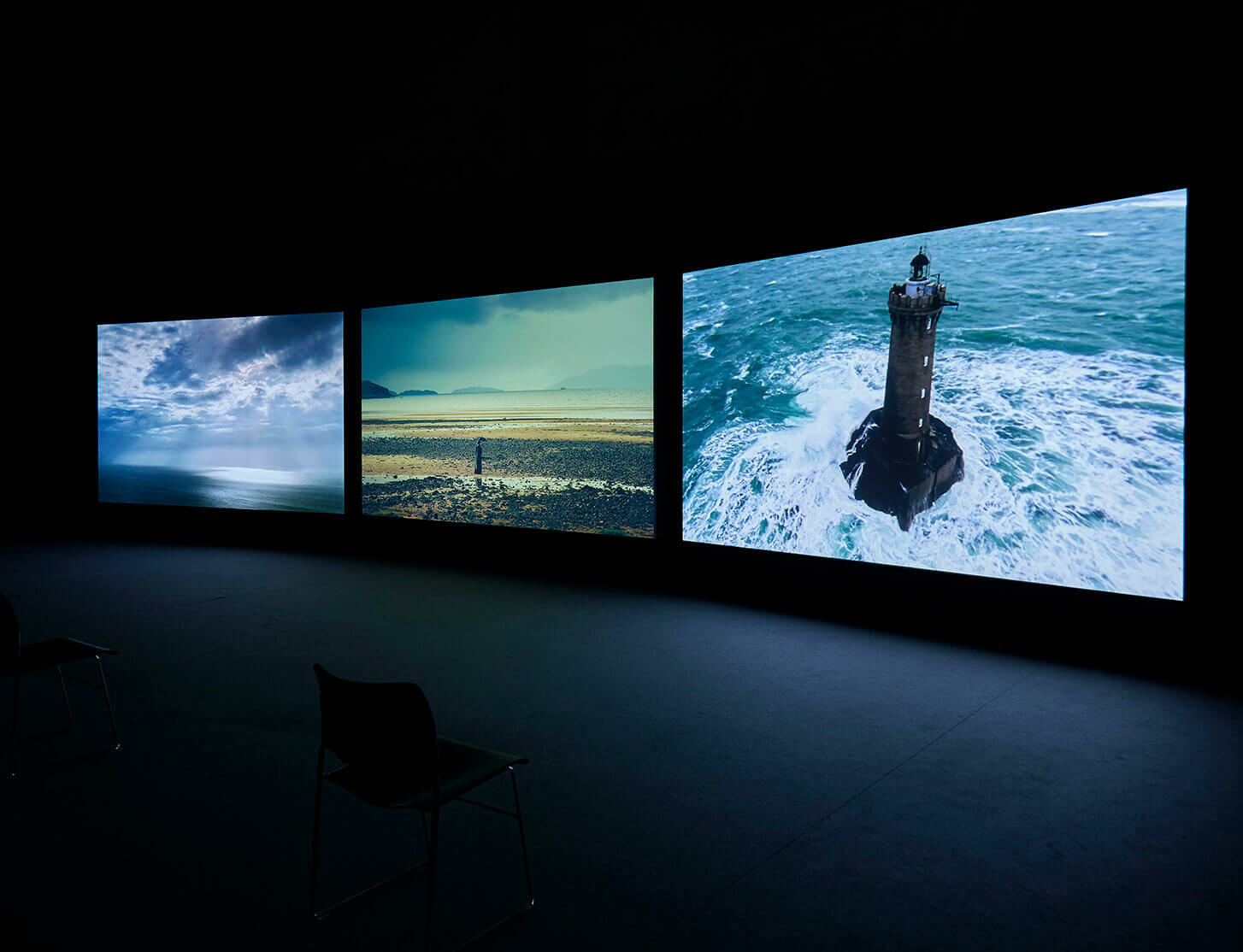