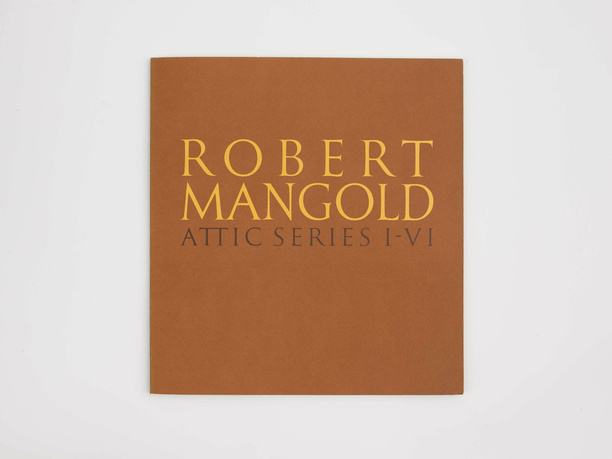 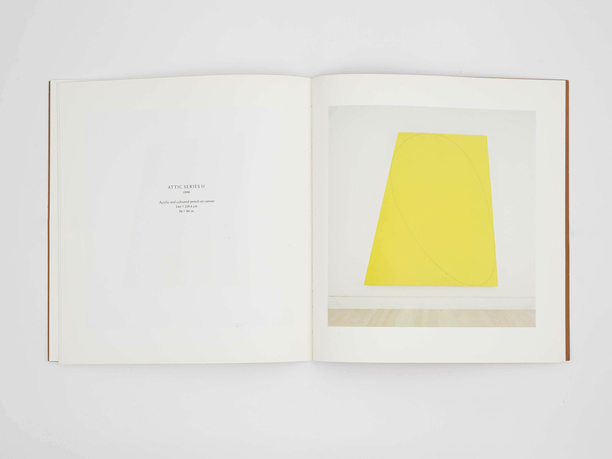 Mangold produced six new works for this exhibition, each consisting of a single asymmetrical shape made of one or two painted shapes, each completed in a single colour. This is dramatised by the addition of an elliptical form drawn in pencil which extends to each of the four framing edges, while the overall colour may be modified or changed as the work emerges. The result is a tension wherein it is impossible to establish which line, element, colour or shape has determined the limits of the others. The word Attic comes from the Attica region of Greece but also its original meaning as describing something chaste, refined or classical in taste.

Excerpt: “I think the key thing about my paintings is that I’ve always had the desire to make the work be a unity, and I wanted nothing to be ahead of anything else. I wanted the elements, which were the periphery line and the internal line, the surface, color, etc., to be equal. I wanted them to be so totally locked together that they were inseparable. No one area of the painting should be more important than another – even the idea.” (Robert Mangold, quoted in Lynne Cooke, “Robert Mangold, Frames of Reference”, Robert Mangold: Attic Series I-VI, exh. cat., Lisson Gallery, 1990)