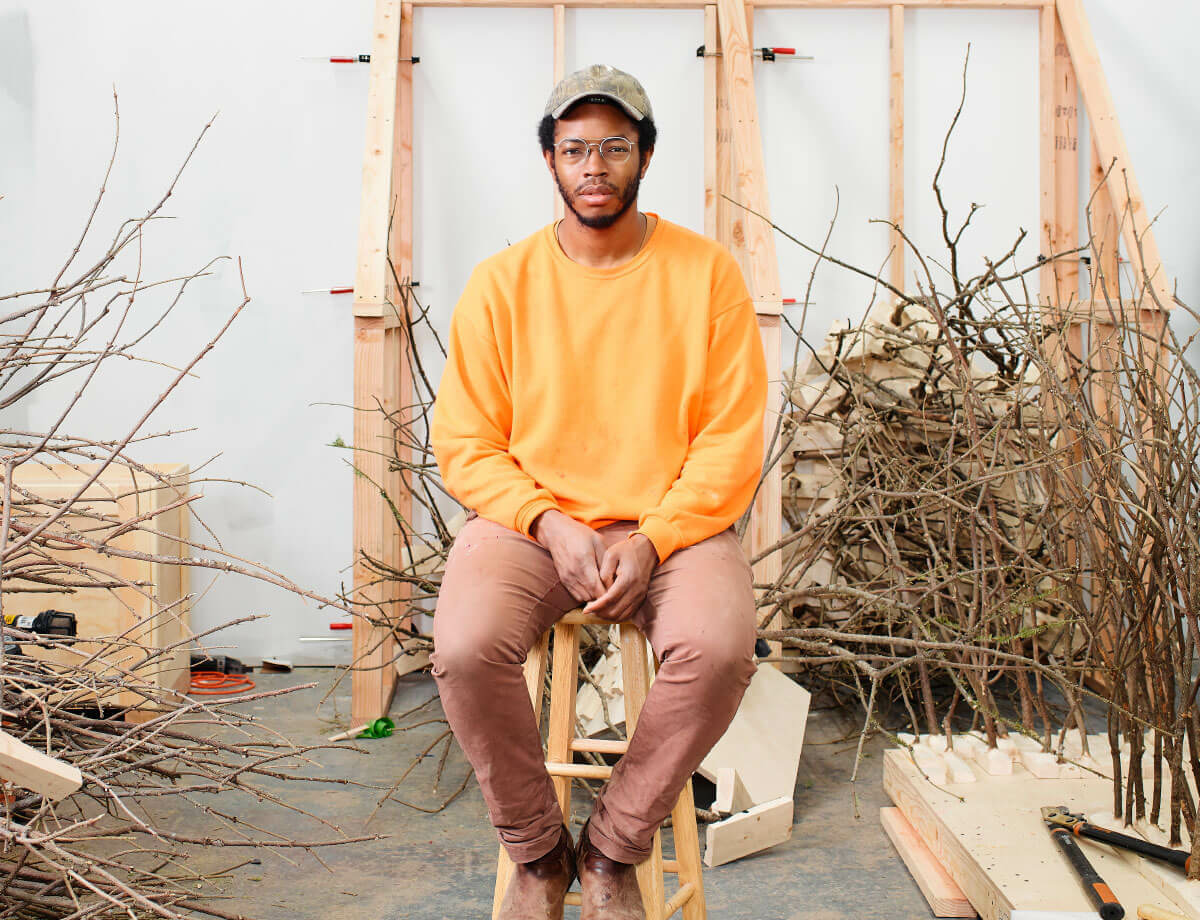 On 8 July 2020, Texan artist Hugh Hayden led a tour of his inaugural London show, American Food (12 March–31 July 2020), in conversation with curator and director of The Showroom, Elvira Dyangani Ose.

Making reference to themes of African identity and art history, communal and performative eating and the social values of cooking, Hayden also relates his exhibition to the ongoing epidemic and political upheavals occurring in the US and beyond. They discuss a new initiative aimed at fostering diversity in art education, the Solomon B. Hayden Fellowship – a partnership and student fund at Columbia University, named after his late father. A series of extracts, related films and images from previous 'culinary installations' can be found below, a full transcript was published recently by Ocula. There is also a downloadable exhibition guide published here for the first time with a new essay by Jessica Bell Brown, Associate Curator for Contemporary Art at the Baltimore Museum of Art and an interview with Chika Okeke-Agulu and recipe contributions from Mina Stone, Omar Tate and Paul Anthony Smith.

Elvira Dyangani Ose: Could you expand on the origins of your exhibition American Food at Lisson Gallery?

Hugh Hayden: This show is interested in the African cultural origins connected to America, and is conceptually thinking about foundational elements of the United States' economic infrastructure in terms of entertainment, and culture at large. The show is structured spatially into different rooms, including a kitchen, where there is a stove that has a recording of me cooking bacon, Rhythm (2020), and then in the main 'pantry' space, there are 26 cast-iron skillets that I created in collaboration with a foundry in New York.

When you enter the space, the skillets engulf you. They are cast from collages of actual skillets—some of them are about 200 years old—coupled with a variety of different types of wooden African masks, primarily from West Africa; a lot of them are from the Lega tribe, along with the Kwele tribe, in Gabon. Before firing them, the skillets were seasoned with grapeseed oil, which is a traditional way of curing and sealing metal. That's what creates all these hues; none of them are actually black. You could say they range in shades of brown to black.

EDO: You talk about cooking as a form of conceptual art, but it also provides a moment of sharing—it is something that you offer almost as a ritual to other people. I wonder if you can talk a little bit more about these culinary experiences that perhaps are less known of your practice?

HH: I now call them culinary installations, but they originated from the intimate act of entertaining friends over dinner. I went to an all boys' Jesuit school in Dallas that has a sister school called Ursuline, and a group of my friends from the two schools would get together and hold these impromptu dinners where we'd make something unusual, like lamb with mint jelly. Fast forward to when I went to Cornell, the dinners became a little more thematic and there would be different cuisines, like Japanese.

At the same time, studying architecture, I wanted to take this act of eating beyond being a decorative interior experience and create something that was more invasive, or more involved in heightening that experience. The resulting dinner parties were focused on taste by eliminating the texture of the food and every distraction, so guests had to wear all white. I told them what to bring, which always involved ubiquitous flavours such as banana split, green beans, cheeseburger, or buffalo wings. We'd curate everything in advance, then serve it back to everyone in a tube. I was interested in the recontextualisation of these nostalgic, quintessential tastes, like Oreos and milk or McDonald's chicken nuggets.

EDO: There is a sense of spirituality in the domestic, and I see that in your work, which brings attention to the spirituality of the everyday object.

HH: A lot of these masks were originally used in a more traditional, spiritual way in terms of them not being simply decorative objects. They also have a spiritual, sacred function, and food can also have that. It would have been easier to call these pieces 'Soul Food', but I thought that limited the idea that soul food is the only Black or African American cuisine, whereas it can just exist as American. The title of the show, American Food, was intentional in that respect.

There is this notion of food being nourishment, with some sort of spiritual function embodied in these pots and pans. That's also how the stove work, Rhythm, came about, which was inspired by Toni Morrison's notion of the melting pot. She talks about it in the 2019 documentary film The Pieces I Am. Here is the idea of the United States being made up of disparate ingredients—potatoes, beef, red wine, bay leaf, celery, carrots, and onions—and in the time it takes to meld them together, the individual taste of the different elements is lost.

Elvira Dyangani Ose is Director of The Showroom, London. She is currently affiliated to the Department of Visual Cultures at Goldsmiths, the Thought Council at the Fondazione Prada and Tate Modern Advisory Council. Until November 2018, she served as Creative Time's Senior Curator, where she curated the 11th edition of their Summit. Previously, she curated Laura Lima’s Horse Takes King, the last iteration of the four-part project, Slight Agitation at the Fondazione Prada, where since 2015 she curated exhibitions such as Theaster Gates’s True Value, Nástio Mosquito’s T.T.T. Template Temples of Tenacity and Betye Saar: Uneasy Dancer.

Jessica Bell Brown is the Associate Curator for Contemporary Art at the Baltimore Museum of Art, and the former Consulting Curator at Gracie Mansion Conservancy. Prior to joining the BMA, Brown has helmed roles at Creative Time, the Brooklyn Academy of Music, and The Museum of Modern Art in New York. A Ph.D. candidate in Modern and Contemporary Art at Princeton, Brown’s art historical research explores American painting and identity in the post-civil rights decade. Brown’s writing and art criticism has appeared in catalogues and publications for The Studio Museum in Harlem, New Museum, Lévy Gorvy, The Museum of Modern Art, Flash Art, Hyperallergic, Artforum, and The Brooklyn Rail. 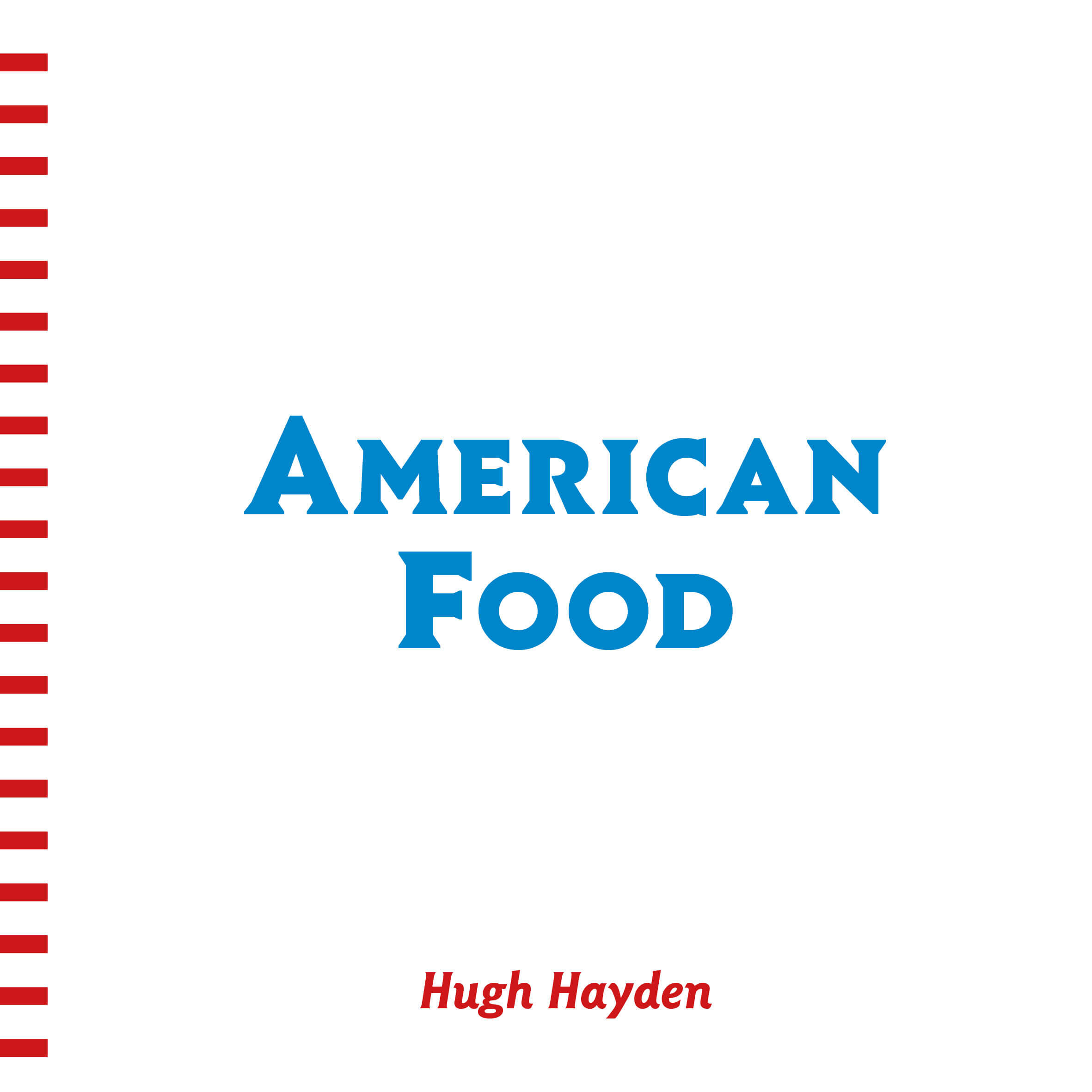