CalArts, in partnership with publisher Lisa Ivorian-Jones, has commissioned limited editions and artwork series by a group of 50 artist alumni as a part of 50+50: A Creative Century from Chouinard to CalArts, an artist-led scholarship endowment initiative in preparation for the upcoming 50th anniversary of California Institute of the Arts and the centennial of Chouinard Art Institute.

Tony Oursler's Lucky Charm, 2019 is included in the fundraiser, and is also featured on 50+50's Frieze Viewing Room platform. Tony Oursler and Mike Kelley met at CalArts in 1976, the two quickly formed a “band,” which became the experimental collaborative group The Poetics. Concerned with a pop-cultural means of presentation of art activities, the groups’ projects explored the territories of sound, music, and performance, producing radio shows, proto-punk songs, soundtracks, dance installation, and comedy. Kelley and Oursler worked with numerous collaborators and band members, including David Askevold, Jim Shaw and John Miller. Oursler’s notebook became the repository for the band’s ideas, lyrics, installation sketches, performance diagrams, and notes of various kinds. This edition relates physically to CalArts in that many of the projects that Kelley and Oursler developed first originated there, specifically in Documenta ‘10, for which they produced a large-scale installation and which, in modified form, toured extensively, and is now on semi-permanent display at the Pompidou Center. The edition incorporates the multimedia impulse of the artists, incorporating a pop-cultural, multimedia iconic boombox. The box features a video made especially for CalArts’s 50th Anniversary that mines The Poetics archive and incorporates previously unseen footage produced by Oursler and Kelley. It also includes iconography of the leprechaun (an Irish-American trickster character), various graphics from The Poetics notebook, as well as musical accompaniments from the band.

The classic marbleized cover of the notebook was significant for the band. It was the generic school notebook cover of the 60s and 70s (this edition printed near Oursler’s hometown of Nyack, New York). It also carried a significant relationship to the painting technique of frottage and was modified by countless adolescents with doodles, graffiti, and erasure to provoke a pareidolia effect. With this in mind, Oursler has produced Lucky Charm, 10 variations of the notebook cover for CalArts’s 50+ 50 edition series. Each variation is based on original sketches and inspirations from the notebook.

To learn more, and to enquire about the edition click here. 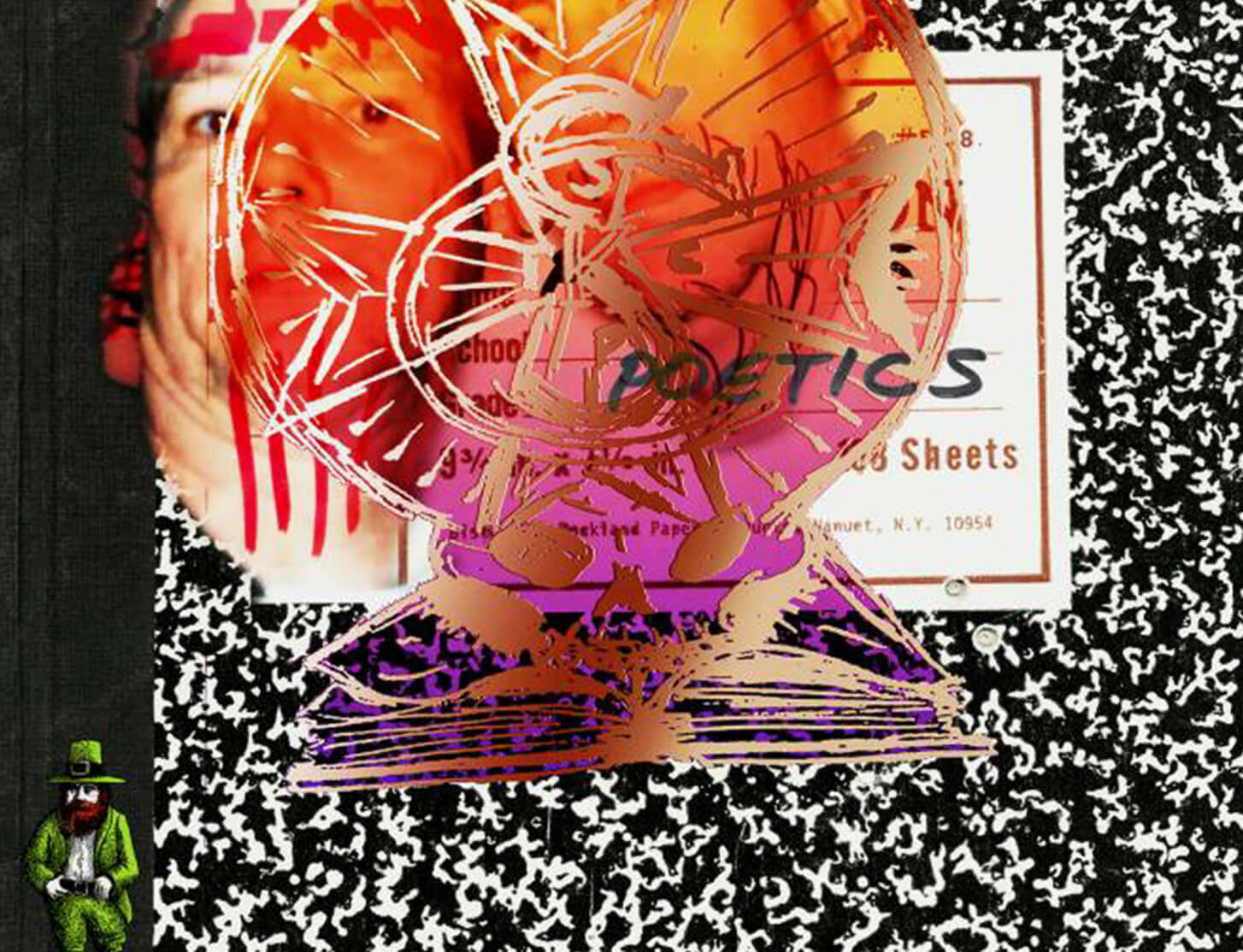