The exhibition will feature large and small-scale paintings and works on paper, alongside Whitney’s sketchbooks, many exhibited for the first time, offering a glimpse into the artist’s process and experimentations. A look at Whitney’s practice over the last three decades seen through the lens of Italy, 'Stanley Whitney: The Italian Paintings' is not only the first time the New York-based painter will present works that have been exclusively created in Italy, but it is also the first opportunity to experience these works together in their cultural birthplace. The title refers to a body of work that encompasses pivotal transitional paintings from the time Whitney spent in Rome in the early 1990s, through to the work created during subsequent summers in his studio in Parma. The presentation considers, for the first time, the important influence of Italian art and architecture on Whitney’s oeuvre.

The exhibition begins with a gallery dedicated to three monumental, horizontal-format diptychs from 1993-94. These works recall Whitney’s first sojurn in Rome, marking the beginning of a lifetime of inspiration from Italian culture. While Whitney had been exploring the formal possibilities of color within ever-shifting grids of multi-hued blocks and all-over gestural fields since the mid-1970s, this visit to Rome marked a paradigm shift in his work, and Italian art and architecture soon became palpable in his abstractions. Whitney and his partner moved to Italy in 1992 as an escape from the New York art world – a difficult scene for an abstract artist of color to find a place in – and he was immediately drawn to the colors and forms surrounding him: the construction of the Pantheon and the Colosseum, Vatican City, the stacked urns in the Etruscan Museum, Renaissance history, as well as the play of the light on the buildings and the colors of the windows. In the diptychs on view, the circular forms of Whitney’s earlier paintings began to expand and draw towards each other, crowding out what might have previously been more open space in his compositions. Whitney has kept a studio outside Parma since the 1990s and the pace of that region became a key, albeit underrecognized part of his creative practice.

In an adjacent gallery, visitors will see the next phase of Whitney’s journey, where these circular forms, grounded by horizontal bars, begin to coalesce into squares and rectangles while the space between them narrows further. The tightness of these stacked compositions announced a truly new direction and he began creating the densely gridded paintings he continues to make today, works characterized by architectural geometries, spontaneous brushwork, and endlessly variable juxtapositions of color.

In the Palazzo’s grandest space will be installed a series of more than a dozen of these square canvases from throughout the 2000s, allowing viewers to perceive the incredible diversity within the limitations Whitney begins imposing on his compositions during this period, a practice he continues to this day.

Another gallery will be largely dedicated to more than thirty diminutive canvases Whitney has been making for decades and which contain all of the power, experimentation, and incredible coloration found in his larger paintings, but on a scale that draws the visitor very close, inviting intimate contemplation. Finally, throughout the exhibition, works on paper will give visitors a glimpse into Whitney’s remarkable practice more broadly. Twenty of the artist’s Italian sketchbooks will shine a light on the development of the artist’s ideas, his reading, travels, and the titles for his paintings, while ink drawings from the 1990s and a series of luminous gouaches from recent years hint at the way this artist’s remarkable practice is grounded in experimentation across media.

The exhibition is presented across the Noble Floor of the sixteenth century Palazzo Tiepolo Passi, located along the central stretch of the Grand Canal. Organized around a central hall – alongside an ornate balcony that looks over the Grand Canal and an additional terrace draped in a pergola of wisteria – the exhibition winds through the side rooms, each with its own unique character and décor. Whitney’s paintings are presented in dialogue with the Palazzo’s aesthetic history and remaining Venetian frescoes, painted by Andrea Meldola.

The Collateral Event is accompanied by a new publication featuring essays discussing the works on view and Whitney’s relationship with Italy as well as installation views. 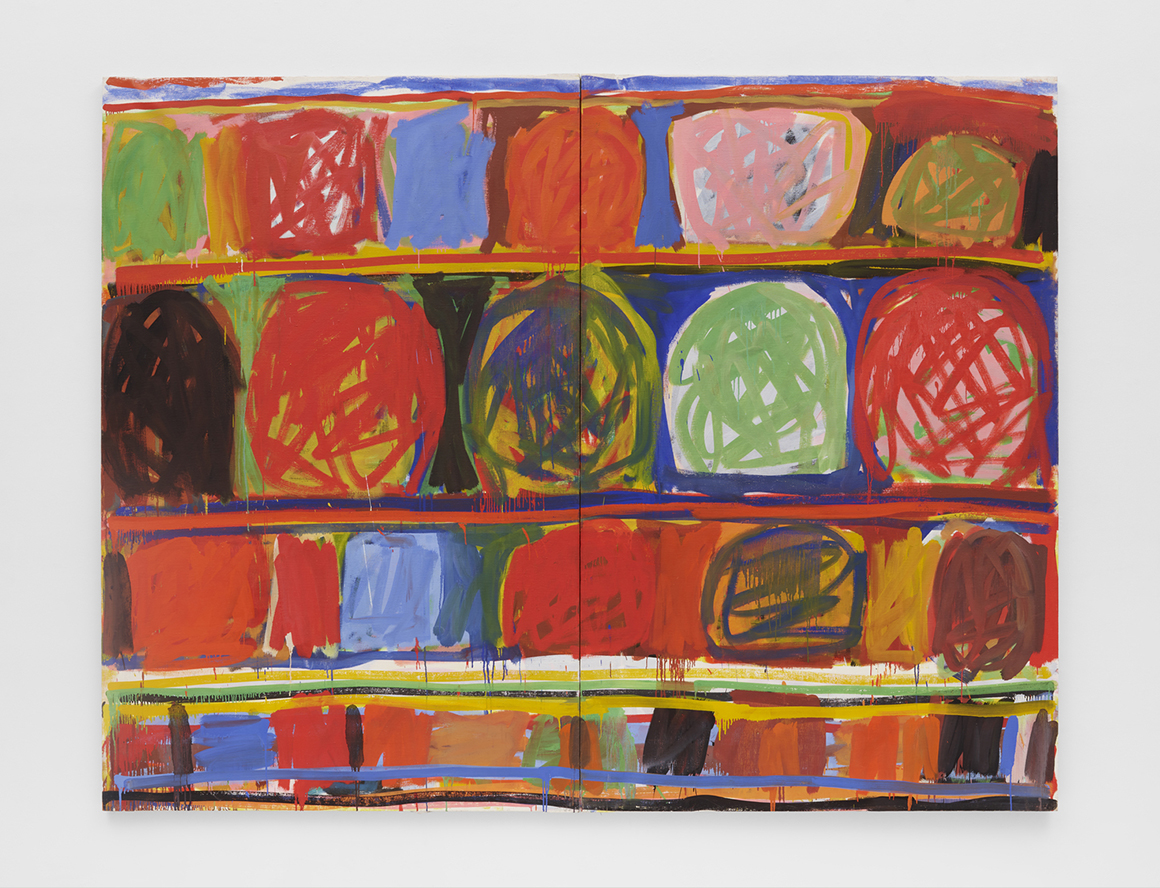