Stanley Whitney feature on the cover of Artforum's September Issue

Drawings from Stanley Whitney's ongoing series No to Prison Life are featured in Artforum's September issue. The cover feature, and portfolio of three works inside the issue are a continuation of the artist’s protest against the U.S. judicial system's promotion of arrest, incarceration, and other forms of imprisonment, in particular highlighting the disproportionate number of African Americans in U.S. prisons.

“No to prison life, these images say. But more than that, they suggest that until our jails and prisons and detention centers are shut down, until we stop enlisting the punitive to preserve our romance with safety, there is no such thing as non-prison life.” —David Velasco, Editor in Chief, Artforum

Along with Whitney’s portfolio, Artforum this month features a conversation between writer and curator Nicole R. Fleetwood and novelist Rachel Kushner that ranges widely over the violence of mass incarceration, the reinvigorated prospects of the abolitionist project, and the art of the imprisoned—art that, Fleetwood persuasively argues, must be seen as the core of cultural production in the carceral state.

Earlier this summer, to coincide with World Day for International Justice 2020, Lisson Gallery presented an online exhibition of the series No to Prison Life, in collaboration with the Art for Justice Fund, an organisation founded by Agnes Gund to drive criminal justice reform. The exhibition was accompanied by an interview between Stanley Whitney and his son William Whitney, in which they discuss this work and the state of criminal justice reform. Click here to read in full.

Visit Artforum.com to order your copy. 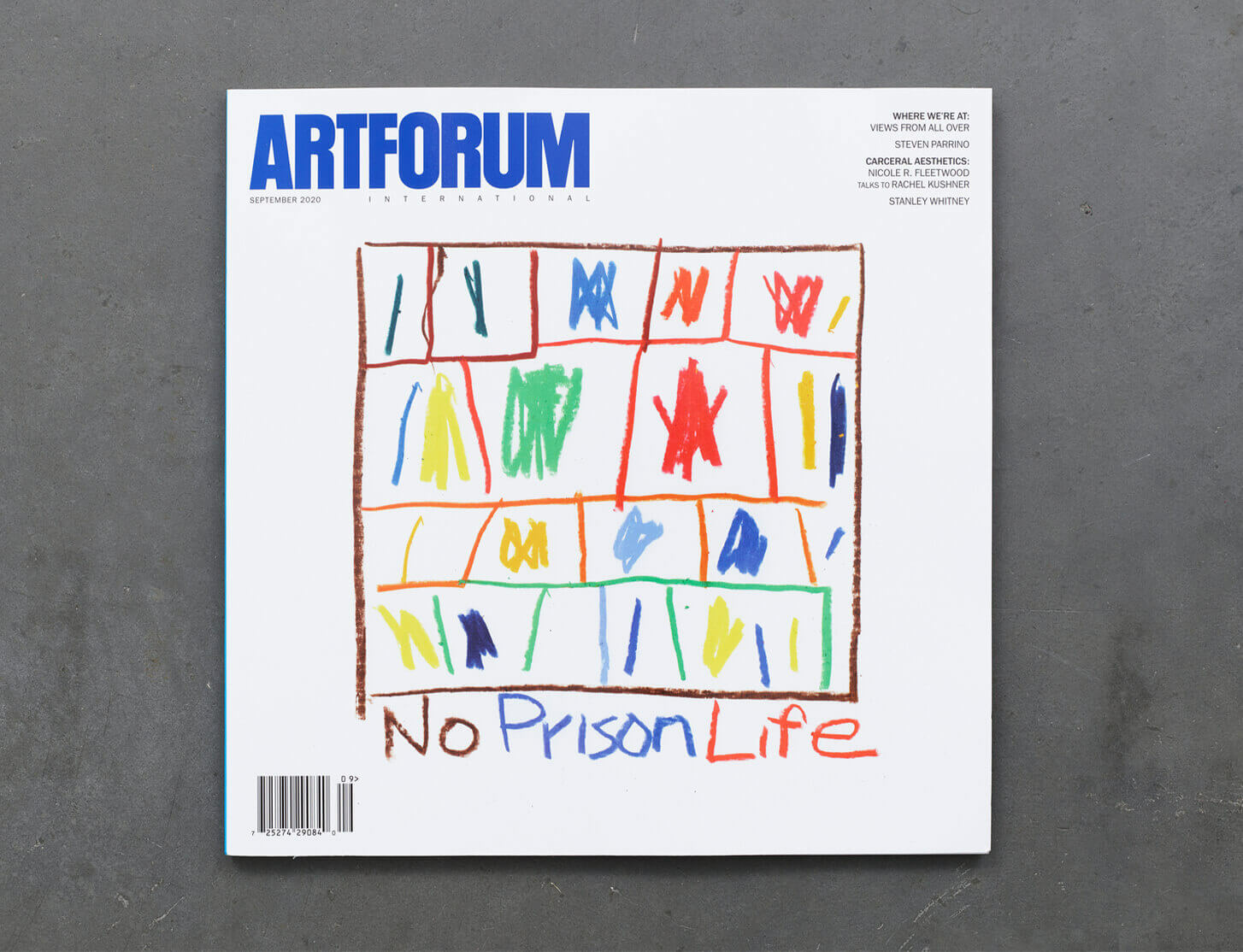