The Perez Art Museum Miami has announced its acquisition of thirteen new artworks, among them Hélio Oiticica's 1978 installation Penetrável Macaléia. This seminal work is both a culmination of many of Oiticica’s early achievements and a tragic representation one of the last works conceived before his untimely death in 1980 at the age of 42.

Oiticica created his first Penetrável (Penetrable) in 1960, titled PN1, which consisted of a brightly painted, wooden structure with sliding doors that encouraged the viewer to enter and explore the space. This early work was grounded in the tenets of the Brazilian Neo-Concrete Art movement, and the series would ultimately become a major facet within Oiticica’s oeuvre, one that he would return to time and again, shifting and morphing as his ideas developed and matured.

The title of Penetrável Macaléia pays homage to musician and friend of Oiticica, Jards Macalé. As with many of his works, Oiticica created a fictional word for the title in order to signify a radical new invention. This work is particularly significant as it relates to both Oiticica’s early work as well as to his later years in New York. The work also utilizes tactile, tropical elements that harken back to the artist's famous Troipicália work, conveying an ironic view of Brazil while containing a radical political undercurrent, with references to its favelas as well as the military dictatorship that lasted from 1964 to 1985, following a period of rapid modernization throughout the country.

Oiticica transforms his viewers into participants by emboldening them to experience Penetrável Macaléia with all their senses. The participant both physically manipulates the structure by opening and closing one side of the mesh and metal cube, while also inhabiting the space and allowing their vision of the outside world to be transformed through the color mesh screens. 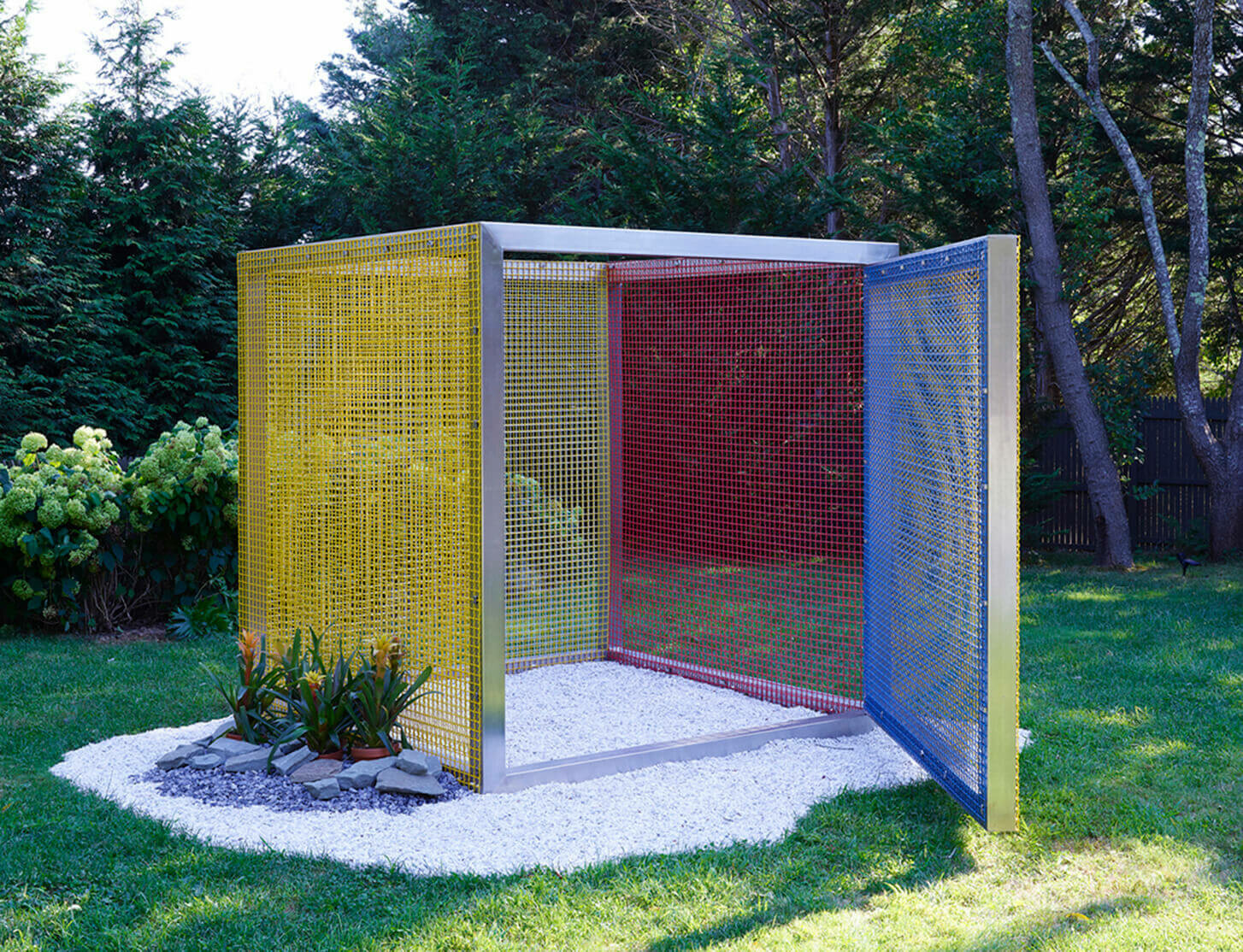