“The mind was following, not guiding.” This is how Olga de Amaral looks back at her own work, from the lofty summit of a nearly seven-decade career. “Very little planning went into it,” she says in her most recent catalogue. “It all happened in the moment, following impulses, the intuitions of the moment that came in the process of doing. My creative language developed in this way. Without conceptualization.”

That approach isn’t unusual for an artist of Amaral’s generation. She started out in the late 1950s, when Abstract Expressionism was still a dominant style, and intuition—what happens “in the moment”—was prized above all else. But Amaral is, principally, a weaver. Her medium tends to a slow and structured progression. It rewards considerable forethought and patient execution. This contrast—between feeling and premeditation, impulse and handiwork—is a central animating dialectic of her work. As she has developed discrete but overlapping idioms, Amaral has consistently achieved what seems impossible: a luxuriantly expansive immediacy. Working at large scale with as many as seven assistants, she somehow manages to create textile art that appears instinctive, direct, and deeply personal.

These qualities shine forth in “To Weave a Rock,” a survey of Amaral’s work now at the Cranbrook Art Museum in Bloomfield Hills, Michigan, through March 20, 2022, and previously shown at the Museum of Fine Arts, Houston. Another exhibition is currently on view at Lisson Gallery in New York through December 18. The retrospective’s title, drawn from an assignment that Amaral set her students at the Haystack Mountain School of Crafts in rural Maine in 1967, nicely captures the ambience of her works. They feel not so much made as summoned into being. This is especially true when she uses gold leaf, a signature material she adopted in the 1980s, which turns her fiber works into shimmering apparitions. Amaral emphasized the otherworldly transmutation by calling the series “Alquimias” (Alchemies). The magic has continued in her subsequent “Bosques” (Forests) and “Brumas” (Mists), in which geometric forms appear to hover within diaphanous free falls of threads, as well as her “Nudos” (Knots), bundles of painted threads that stand upright on the ground, as decisive as any painted brushstroke.

The late 1960s were the peak years for fiber art on the international stage, and Amaral was a singular figure in that context. Though many weavers of the era—Tawney, Hicks, and Anni Albers among them—drew inspiration from historic Latin American textiles, Amaral was the only contemporary fiber artist from that part of the world who was of comparable stature. The geographically dispersed practitioners of the emergent field were her creative community; she did not have strong connections to other artists in the region, even those who were exploring abstraction in textiles. (Via email, she explained that she knew the work of the Venezuelan artist Jesús Rafael Soto, but had no relationship with him. Meanwhile, she was unaware of what Hélio Oiticica and Lygia Pape were doing in Brazil.) Her affinities were elsewhere, some elemental and some highly sophisticated. On the one hand, she noted, “I was inspired by women in the countryside preparing the wool. And I loved rocks covered with moss.” On the other, she befriended the great Polish artist Magdalena Abakanowicz (subject of a current exhibition at Tate Modern), whose supremely powerful, heavily textured, often figurative works doubtlessly influenced Amaral in the early 1970s, when the latter executed her pieces mainly in wool and horsehair, and even ventured briefly into freestanding totemic forms.

Read the full article in Art in America.

Olga de Amaral: The Elements is on view at Lisson New York through 18 December.

Olga de Amaral: To Weave a Rock is on view at the Cranbrook Art Museum in Bloomfield Hills, Michigan through 20 March, 2022. 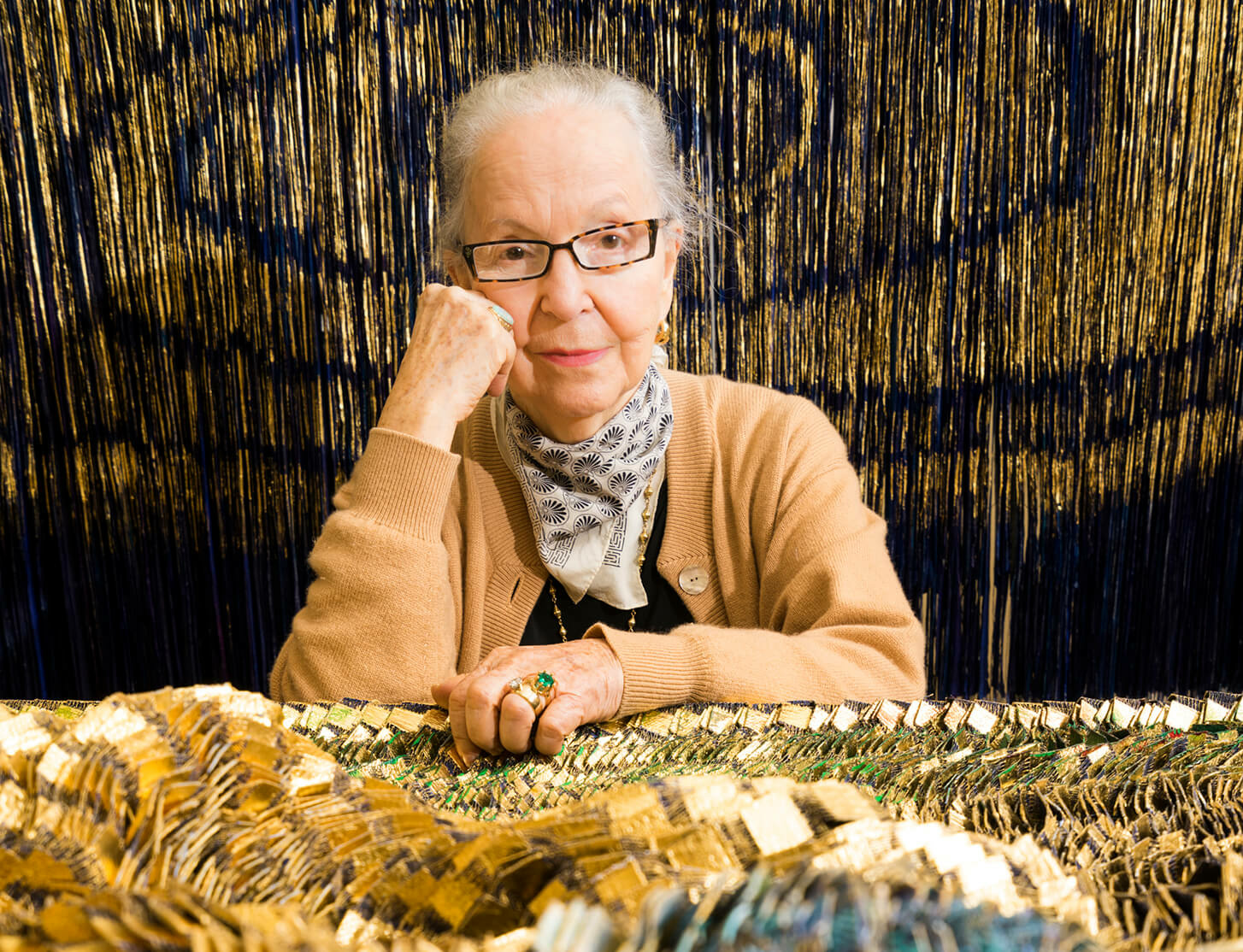