Château La Coste, in collaboration with Lisson Gallery and kamel mennour, is delighted to present an exhibition of new and recent work by Lee Ufan. Housed within a custom-built gallery space designed by French architect Jean Michel Wilmotte, this is the second exhibition in Château La Coste’s art programme, which launched in 2015 with a solo show by Sean Scully. Based in Le Puy-Sainte-Réparade, a few kilometres away from Aix-en-Provence in France, Château La Coste is home to a number of site-specific commissions by artists including Louise Bourgeois, Andy Goldsworthy, Tatsuo Miyajima, Richard Serra and Lee Ufan, placed alongside 125 hectares of vineyards and Villa La Coste, a new luxury hotel that will open to the public in summer 2016.

Lee Ufan’s solo exhibition at Château La Coste, the artist’s first in France following his presentation at the Palace of Versailles in 2014, is in many ways an extension of House of Air, a permanent commission unveiled at the château in 2014. Located within an intimate, chapel-like space, where the walls served as a canvas to which Lee applied his distinctive brush strokes, the work is marked by a large stone near the entrance to the building. The finely crushed stone that Lee mixes with his paints physically connects his two-dimensional works with his three-dimensional sculptures. In contrast to the artist’s carefully wrought paintings, the sculptures consist of objects to which, pointedly, no artistic action has been applied, offering instead a space for the contemplation of non-productivity and a rare moment of silent, solo interaction with a work of art. Ultimately, whether at a monumental or domestic scale, it is Lee’s hope that his work might “lead people’s eyes to emptiness and turn their eyes to silence.”

The house itself, designed specifically by Lee, offers visitors both a physical refuge and a place of reflection; a site of meditation and a pause for thought, where the views of the surrounding hills are framed by rows of vines. The immersion of Lee Ufan's work within the landscape is a powerful illustration of his inner beliefs in the role of art and its ultimate evolution and dissolution into air – a theme further explored in Lee’s solo exhibition at Château La Coste through new paintings and sculptures. 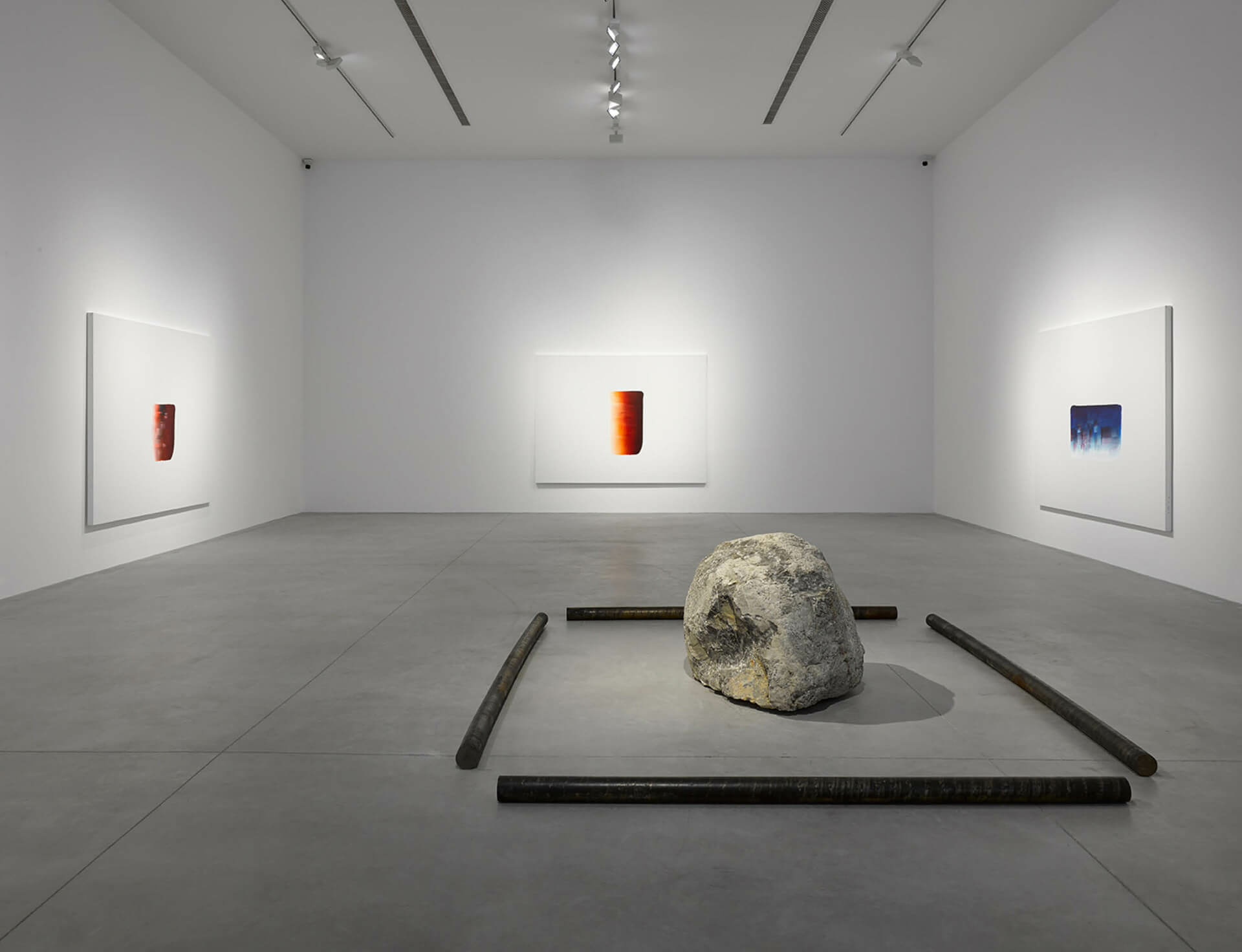