Lisson Gallery is delighted to announce the opening of a new space in Mayfair. Launching during Frieze Week 2020, the gallery will be at the heart of London's Frieze activity, alongside the fair's planned off-site projects, performances and events. Supplementing the gallery's historic locations on Bell and Lisson Streets, Lisson's new Mayfair outpost will present a variety of solo and group exhibitions, opening with Horizon on 6 October with work by artists including Ai Weiwei, John Akomfrah, Allora & Calzadilla, Mary Corse, Ryan Gander, Hugh Hayden, Anish Kapoor, Lee Ufan and Stanley Whitney.

The opening coincides with the launch of Lisson's new space in New York, at 508 West 24th Street, which opened with Ryan Gander's exhibition, These are the markers of our time — as well as Lisson's newly-opened gallery in East Hampton.

Lisson Gallery has occupied six different addresses on or immediately around Bell Street at various times since 1967. In fact, the commitment to maintaining a presence on the street where it was first founded by Nicholas Logsdail has only seen the gallery move away from its historic base once before in the early 1980s, taking a first floor space at 56 Whitfield Street in Fitzrovia followed by a temporary space at 9 Kean Street in 2000 for a major group show of video works. Before that there was a brief New York presence in 1977, before 2011 when the first fully-fledged Lisson Gallery opened outside London, in Milan. The gallery's most recent pop-up was at the Store Studios, 180 the Strand, for its 50th anniversary in 2017, presenting ‘EVERYTHING AT ONCE’ in collaboration with the Vinyl Factory.

This Mayfair opening, during a period of global economic vulnerability, recalls similar intrepid moments in the gallery's history, including the commissioning by Nicholas Logsdail in the 1980s of the original Tony Fretton-designed Lisson Street space, when the UK was recovering from a major recession. In the wake of the 2008 financial crisis, Alex Logsdail launched the gallery’s New York office which led to the opening of the flagship 504 West 24th Street space. "Like all those committed to the arts right now, we are hungry for new experiences, to bring people together, to celebrate what we can, and to reflect on where we have come this year", says Alex Logsdail. "For what has been an incredibly challenging few months for so many, this opening is a mark of commitment and hope for all involved in maintaining a strong and vibrant art world."

Alongside this, Lisson Gallery will present exhibitions by Laure Prouvost at 67 Lisson Street, and Mary Corse at 27 Bell Street (both 6 October – 7 November). Lisson’s Frieze Art Fair’s Online Viewing Room will be a solo presentation by Laure Prouvost.

Read more about Lisson Gallery's new space on Cork Street in the Financial Times and The Art Newspaper. 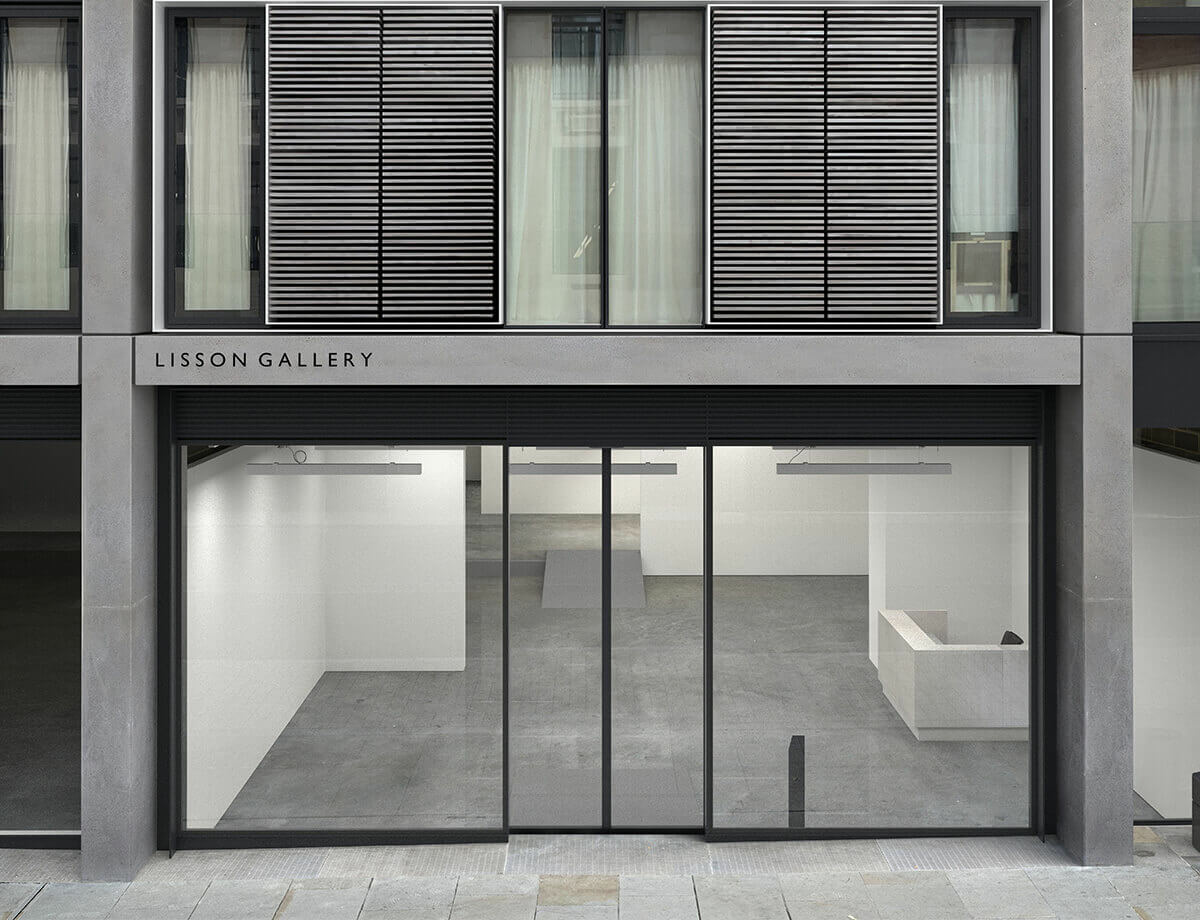