Stanley Whitney's No to Prison Life (2019) is featured at Kansas City Art Institute's Project Wall. The Artspace Project Wall, situated on the west-facing façade of the Artspace and facing the intersection of 43rd and Main Streets, is an ongoing site for temporary public art projects, and features selected and commissioned works by national and regional contemporary artists. Since its inauguration, the Artspace Project Wall has received important support from the Missouri Arts Council, a state agency.

Guest curated by Larry Ossei-Mensah, MOCAD’s Susanne Feld Hilberry Senior Curator uses contemporary art as a vehicle to redefine how we see ourselves and the world around us. The Ghanaian-American curator and cultural critic has organized exhibitions and programs at commercial and nonprofit spaces around the globe from New York City to Rome in addition to documenting cultural happenings featuring the most dynamic visual artists working today such as Derrick Adams, Mickalene Thomas, Njideka Akunyili Crosby, Federico Solmi, and Kehinde Wiley. Ossei-Mensah is also the co-founder of ARTNOIR a global collective of culturalists who design multimodal experiences aimed to engage this generation’s dynamic and diverse creative class.

In No to Prison Life, Whitney worked with Larry Ossei-Mensah to create and contextualize a new work of art for his alma mater. Whitney’s Project Wall intentionally combines painting and drawing to register an urgent public protest against a U.S. judicial system that promotes arrest, incarceration, and other forms of imprisonment that often further damages lives. Whitney recently introduced the public to the phrase “No to Prison Life” as the title for a painting created for the international Documenta 14 exhibition in Athens, Greece and Kassel, Germany, in 2017. In this new context, however, the artist uses his agency to create a work that merges his stylistic painting with a provocative message and in so doing broadcasts an alert regarding the disproportionate number of African Americans in U.S. prisons.

The U.S. Bureau of Justice Statistics and the Pew Research Center identifies the United States as having the highest per-capita incarceration rate and the largest prison population in the world, the majority of which (33%) are African American, while African Americans represent just 12% of the U.S. population. 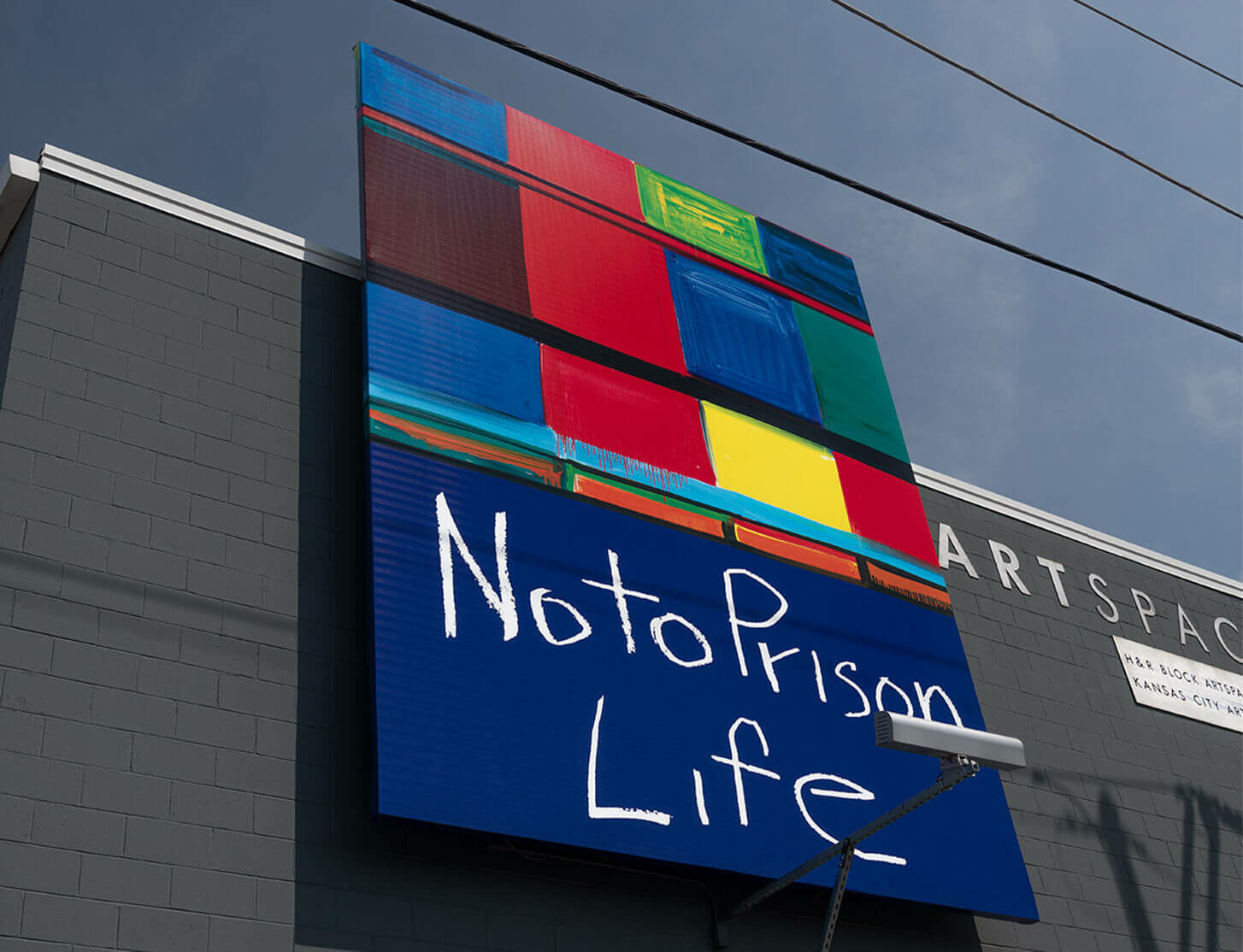