John Akomfrah in conversation with CCH Pounder at Somerset House

This week at Somerset House, curator, artist and filmmaker Zak Ové opens the Get Up Stand Up Now event series introducing an in conversation between celebrated film industry actress CCH Pounder and renowned artist and filmmaker John Akomfrah.
Thursday 13 June
7.00 - 8.30pm
Somerset House
Click here to book tickets
Get Up Stand Up Now is a major new exhibition celebrating the past 50 years of Black creativity in Britain and beyond. Beginning with the radical filmmaker Horace Ové and his dynamic circle of Windrush generation creative peers and extending to today’s brilliant young Black talent globally, a group of around 100 interdisciplinary artists will showcase work together for the first time.
John Akomfrah's works are characterised by their investigations into memory, post-colonialism, temporality and aesthetics and often explores the experiences of migrant diasporas globally. Akomfrah was a founding member of the influential Black Audio Film Collective, which started in London in 1982 alongside the artists David Lawson and Lina Gopaul, who he still collaborates with today. Their first film, Handsworth Songs (1986) explored the events surrounding the 1985 riots in Birmingham and London through a charged combination of archive footage, still photos and newsreel. The film won several international prizes and established a multi-layered visual style that has become a recognisable motif of Akomfrah’s practice. Other works include the three-screen installation The Unfinished Conversation (2012), a moving portrait of the cultural theorist Stuart Hall’s life and work; Peripeteia (2012), an imagined drama visualising the lives of individuals included in two 16th century portraits by Albrecht Dürer and Mnemosyne (2010) which exposes the experience of migrants in the UK, questioning the notion of Britain as a promised land by revealing the realities of economic hardship and casual racism.
CCH Pounder is exhibiting a number of works in Get Up Stand Up Now from her diasporic collection which includes approximately 500 works of art. It aims to capture the temperament of the times through which she has lived. With a career spanning over 40 years, the actress was first celebrated for her strong female roles in television shows such as ER, The Shield and Sons of Anarchy, as well as films including Avatar, Orphan and Baghdad Café. Pounder opened an art gallery in Los Angeles, the Pounder-Kone Art Space and founded with her late husband Boubacar Kone the Musée Boribana, the first privately owned contemporary art museum in Dakar, Senegal.
For more information visit www.somersethouse.org.uk
Image: Black Audio Film Collective
John Akomfrah, Who Needs A Heart, 1991
Single channel 16mm film transferred to video, sound
80 minutes
© Smoking Dog Films 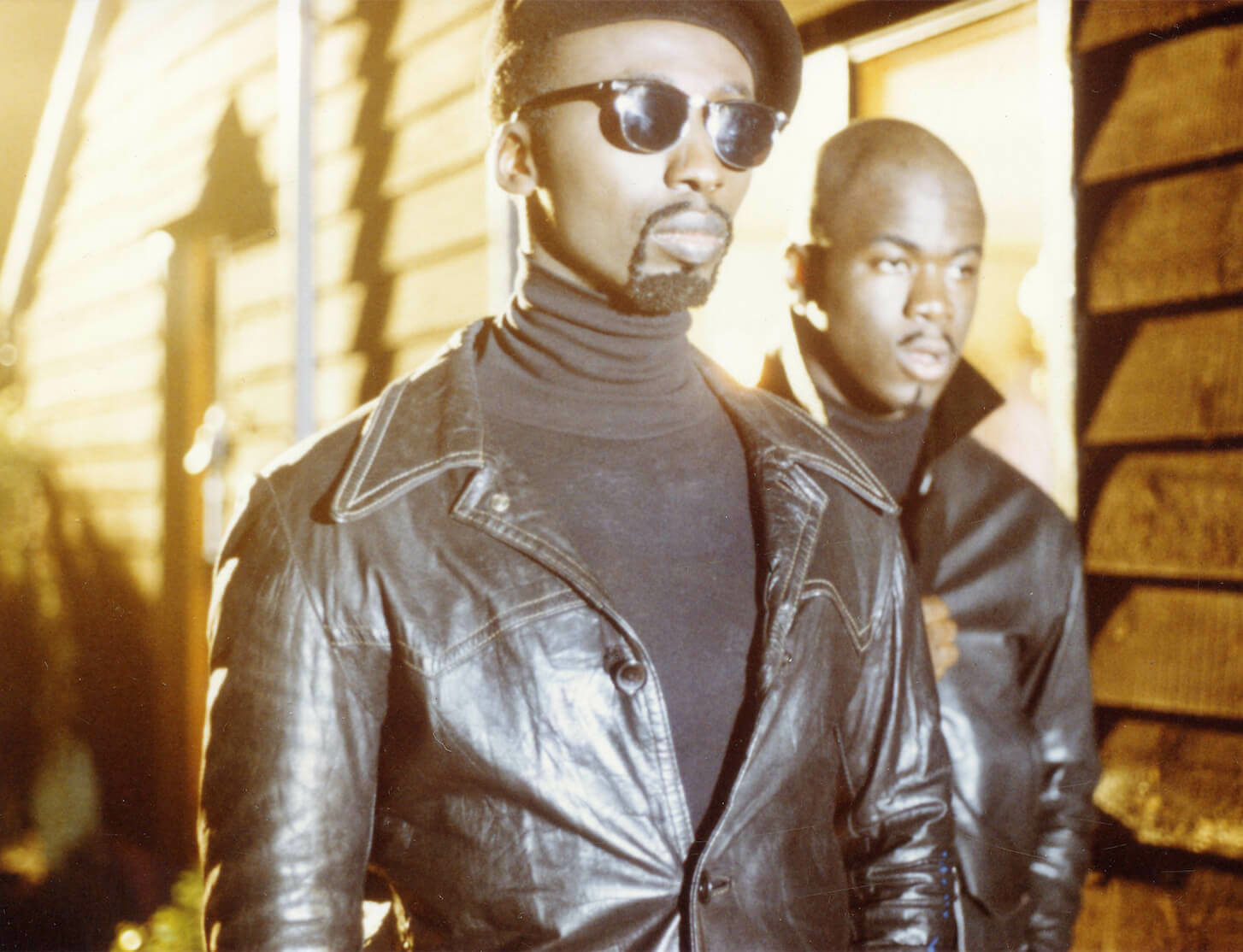