It is with great sadness that we announce the passing of Peter Joseph (1929-2020), the artist to have held the longest continuous association with Lisson Gallery. The artist took part in the second ever exhibition at the gallery in 1967 and had his first solo show in 1969.

Joseph gave up on his training in graphic design and a career in advertising, turning instead to minimal, abstract painting after an early near-death experience. His works before 1970 focused on bright colour and performativity at scale, among them three seven-foot circular panels installed outdoors near to Kenwood House, a 32-foot long wall painting entitled Colour Continuum (1966) and the head-height Yellow Wall, which bisected the main space of the Camden Arts Centre in 1969.

An aesthetic epiphany came during a visit to the cinema in 1971, at which the film projector broke down and Joseph found himself staring at the blank screen for close to an hour. This experience, of a shimmering off-white central space and a darker surround, came to charaterise his so-called Border paintings, executed over the next three decades, with two differing hues competing for our attention and with each other.

His long working relationship with Lisson’s founder, Nicholas Logsdail, led to many important museum exhibitions – at the Royal Academy, London in 1977 and the Kunsthalle Düsseldorf in 1981 – as well as a period of patronage and scrutiny by one of the world’s leading collectors of minimal art, Count Panza di Biumo. Many long studio visits later, Panza acquired a substantial body of work (now in the Guggenheim Collection), but ever the contrarian, Joseph followed this great success with a tactical retreat from the London art world, moving to Gloucestershire, where he and his wife Denise, an animal rights activist, were based ever since.

Joseph’s use of comparative colour swatches began in the 1970s. At first he would place one coloured paper rectangle on top of another larger, different coloured one to create the border compositions. These later became more organic in shape, with Joseph juxtaposing and carefully composing tiny harmonic collages of rough-edged strips of painted canvas. These studies, made from the thousands of scraps he kept around his drawing table beneath the picture window framing the Cotswold valleys outside, might then be worked up into full-size paintings, but only after a period of contemplation.

Aside from achieving the required balance of colour and light, Joseph’s meditative, mature works paid homage as much to his art historical heroes, Claude, Cézanne, Pissarro, Rothko and Kelly, as to the poets, architects, composers and philosophers he spent his life studying.

The artist, aged 91, had been working on a wide-ranging and historical exhibition at the time of his death, which is still provisionally planned to take place in New York in early 2021. 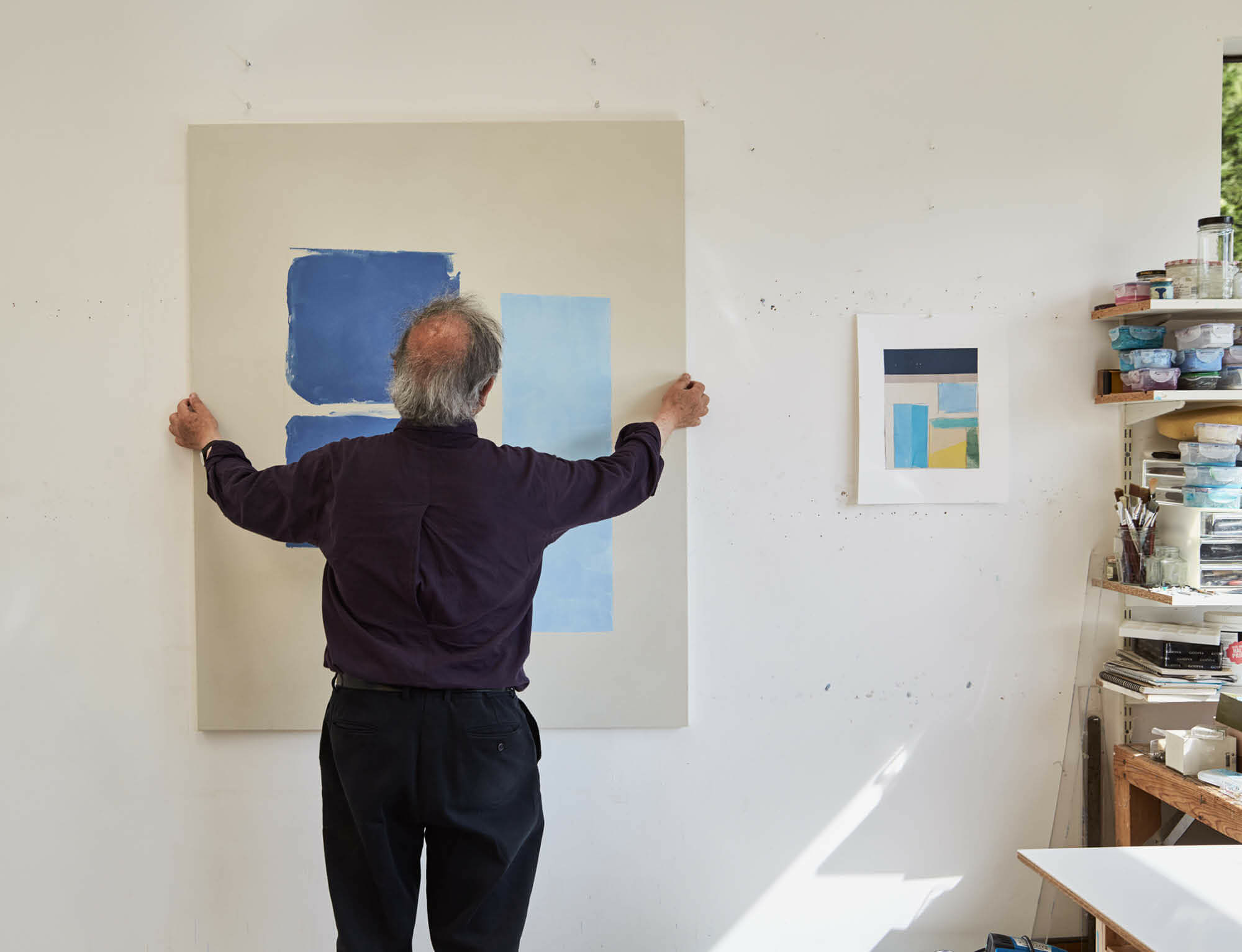