Haroon Mirza: ‘The question I’m asking is, what kind of species are we?’ - The Art Newspaper

As he opens a show in New York and looks forward to his participation in lille3000, the artist-composer discusses his interest in energy and power in their many forms.

Haroon Mirza works with sound, light and electricity to create kinetic sculptures, performances and immersive installations. These draw on myriad influences—scientific, historical, cultural—and respond to them with equivalent diversity. He won the Silver Lion for most promising young artist at the 2011 Venice Biennale with The National Apavilion of Then and Now, a triangular anechoic chamber (a space with no echo) lined with sound-absorbing foam and fitted with LEDs that generated a noise which intensified as their light brightened. It is now in the collection of the Museum of Modern Art, New York.

In response to a 2018 residency at CERN in Switzerland, the London-based artist co-produced a film and an opera incorporating music, poetry, incantation, archive and homemade electronic instruments, some built from discarded CERN laboratory equipment; in the same year his solar-powered Stone Circle, nine marble boulders fitted with speakers and LEDs, was permanently installed in the Texas desert following a commission from Ballroom Marfa. For A Dyson Sphere, his second solo show at Lisson Gallery, New York, Mirza explores the technological pursuit of energy, a theme that will extend into a new commissioned work for Lille3000 in March.

The Art Newspaper: Can you explain the work you are showing at Lisson Gallery?

Haroon Mirza: I’m making a sculpture which is based on the concept of a Dyson sphere, a mega-structure that surrounds the sun or a star in order to harness the energy that a star produces. So in the gallery I’m creating a mini-sun made up of halogen lights that is surrounded by an array of solar panels. These solar panels will be generating electricity which in turn powers an ecosystem of works—sculptures that are both musical and of organic matter—that is “living” in the space.

What powers the central halogen sun?

The New York grid, basically. There was a plan to put solar panels on the High Line [park] above the gallery in order to have completely off-grid power, but it wasn’t possible in the time we had. But the amount of power that we’re actually using with the halogen lighting is pretty minor in relation to normal gallery shows.

What are you saying about the role of technology in the current climate crisis? While we seek technological solutions—of which the Dyson sphere is an extreme example—it’s also our obsession with technological advancement that has got us into this current mess.

Yes, the pursuit of energy is also the pursuit of technological advancement, which is harnessed to the idea that technology will save us. But we have really strong evidence that technology doesn’t necessarily save us but actually creates more extreme situations and more consumption. That’s the dilemma. So the question I’m asking is, what kind of species are we? Are we a parasitic species that goes around absorbing all the resources of a planet until we’ve used them all up, and builds structures around stars, and then goes on to another star—is that our species? Or are we actually a species that is symbiotic with the rest of nature and the biosphere? For me this question seems to be at the forefront of many things in terms of the climate issue and the energy issue.

Read the full conversation in The Art Newspaper.

"Haroon Mirza: For A Dyson Sphere" is on view at Lisson New York through 12 February. 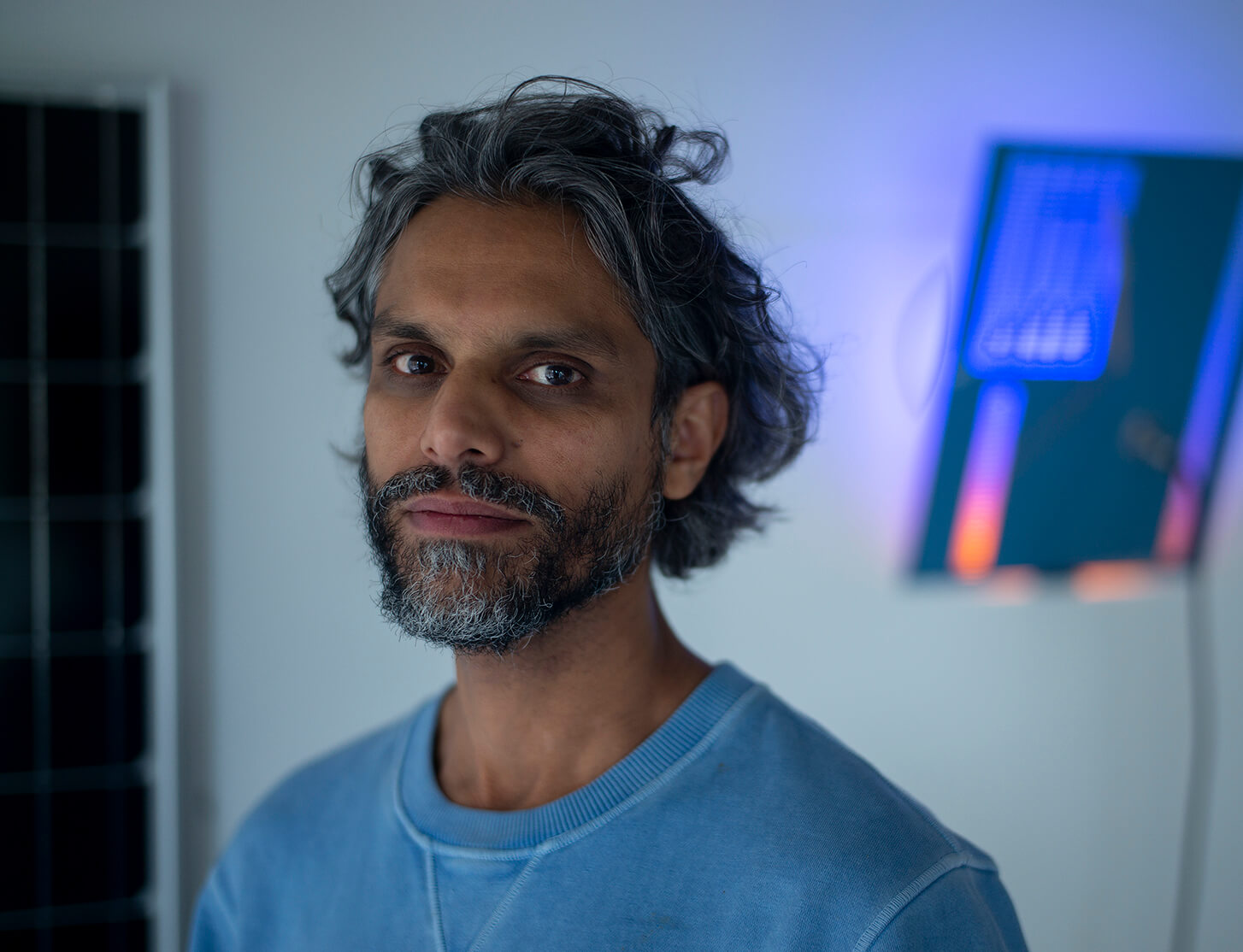