Garrett Bradley at MoMA reviewed by The New York Times

Garrett Bradley’s quicksilver, imperious video installation “America,” at the Museum of Modern Art is an indictment wrapped in a celebration. Completed in 2019, it reimagines some of the signal events of Black life and culture in the United States during the early decades of the 20th century — reclaiming lost or overlooked pieces of history in a display of inexhaustible narrative and spatial complexity.

This is Bradley’s first solo exhibition in a New York museum, her first foray off the single screen into three-dimensional space and the second in a series of collaborative exhibitions mounted by MoMA and the Studio Museum in Harlem. Basically, the larger, older institution provides the space; the smaller, younger one, the expertise. It was organized by Thelma Golden, the Studio Museum’s director and chief curator, and Legacy Russell, its associate curator.

Like other Black artists of her generation — among them the painter Amy Sherald — Bradley shies away from depicting Black suffering. This tendency is especially clear in “Time” (2020) an innovative feature film centering on one family’s journey through incarceration that won the prize for best director of an American documentary at Sundance this year. (It is available on Amazon Prime Video and a must-see.)

“America,” on view through March 21, pushes this country’s original sin of slavery and its ongoing tragedies to the middle-ground. Racism is an inescapable shadow, but we’re left to make our own connections among scenes that are variously triumphal, mysterious, everyday, surreal and ironic. The numerous vignettes Bradley shot in black and white, without sound, for this work are short or very short; a dozen of them refer, often obliquely, to Black achievements or tragic events that mostly occurred between 1912 and 1929. The Library of Congress has specified these years as a big gap in film history: 70 percent of all films made then were lost thanks to the zealous studios, switching from silent to sound, that threw most of them out. In an act of reclamation, Bradley staged scenes alluding to moments like the 1919 murder of the popular jazz band leader James Reese Europe, the first African-American to receive a public funeral in New York City, and the 1933 performance of Florence Price’s Symphony in E minor by the Chicago Symphony Orchestra — the first time a major orchestra played a work by a Black woman.

Read the full review by Roberta Smith in the New York Times here. 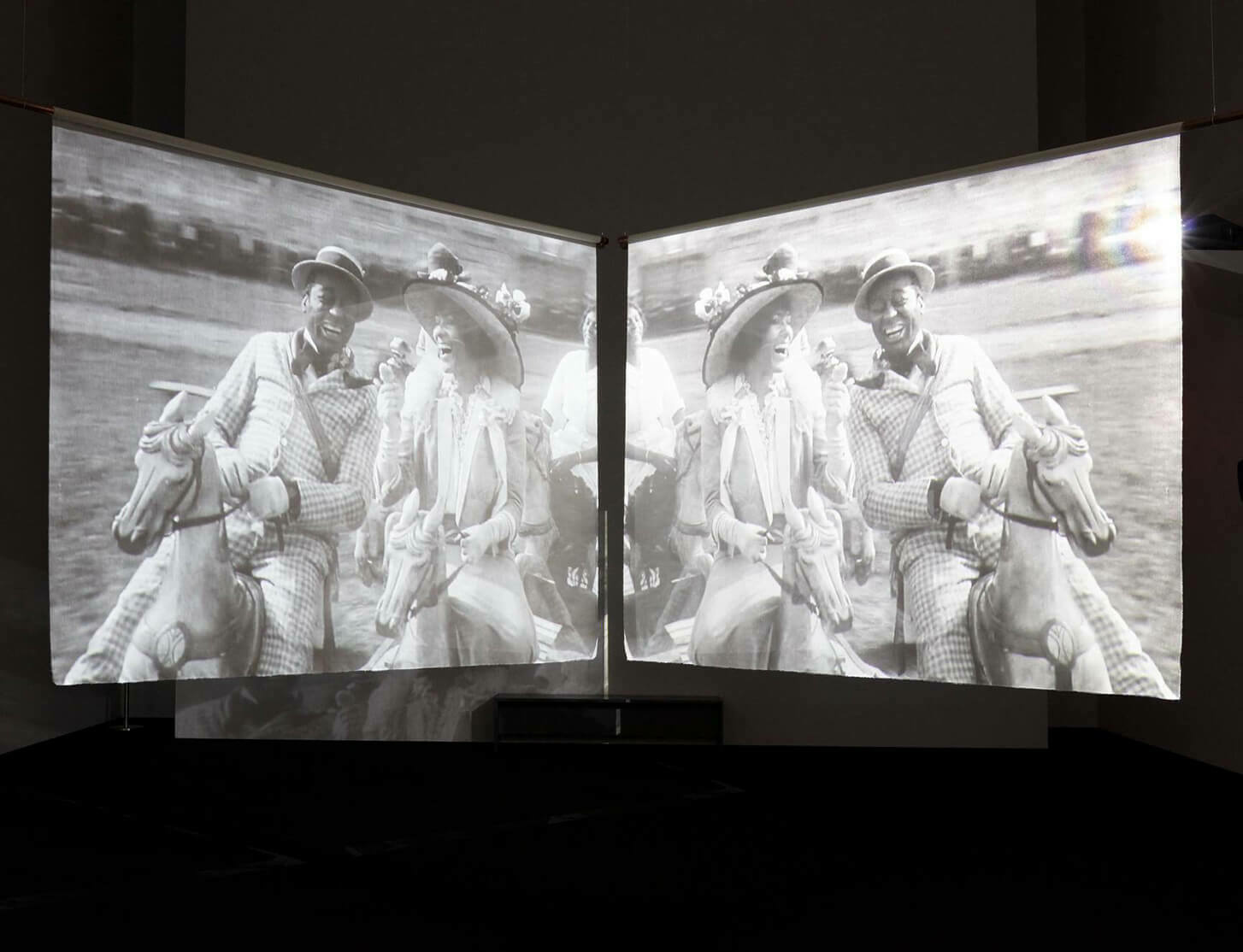