On the occasion of the exhibition Ted Stamm: Woosters, recently on view at Lisson Gallery New York, the gallery has published the first major monograph on the American artist. A comprehensive survey of the entire "Wooster" series, the hardcover book also includes new scholarship by art historian Alex Bacon and an illustrated chronology of the artist's career.
The book will be distributed in the United States by Artbook D.A.P. and in the United Kingdom and Europe by Cornerhouse. Copies are now available at Lisson's galleries in New York and London. Please email contact@lissongallery.com to enquire and purchase.
Stamm lived and worked on the top floor of 101 Wooster Street in the downtown Manhattan neighbourhood of SoHo from 1972 to his untimely death in 1984. In 1974, Stamm encountered an irregular shape on his street — a rectangle joined on the left by a slightly shorter triangle. Using this form as the inspiration, he began what he titled the "Wooster" series. These geometric forms with hard edges furthered the artist’s earlier experimentations of formalist elements of the line and literal as well as depicted shapes. The exhibition at Lisson Gallery includes a selection of paintings from this series, including a large-scale "Lo Wooster" (a variation of the aforementioned shape, hung close to the ground) as well as works on paper, archival material and photographs. A diligent archivist and record keeper, Stamm kept exhaustive documentation related to the making of his paintings, a selection of which will is installed in a vitrine in the gallery space and reproduced in the catalogue.
While painting and drawing was always his primary focus, Stamm regularly extended his practice into the streets where he made proto-graffiti interventions in the urban environments of New York. Known as "Designators", these works were executed in locations around the city and on varying objects. Stamm placed "Wooster Designators" primarily on the bumpers and license plates of cars, so that the vehicles would travel beyond the neighbourhood or city, bearing Stamm’s "Wooster" shape, to be seen by numerous more people. Photographs of these projects, documented in 1980, are also in the exhibition and the catalogue.
Visit the exhibition page to read more about the "Woosters" and the artist. 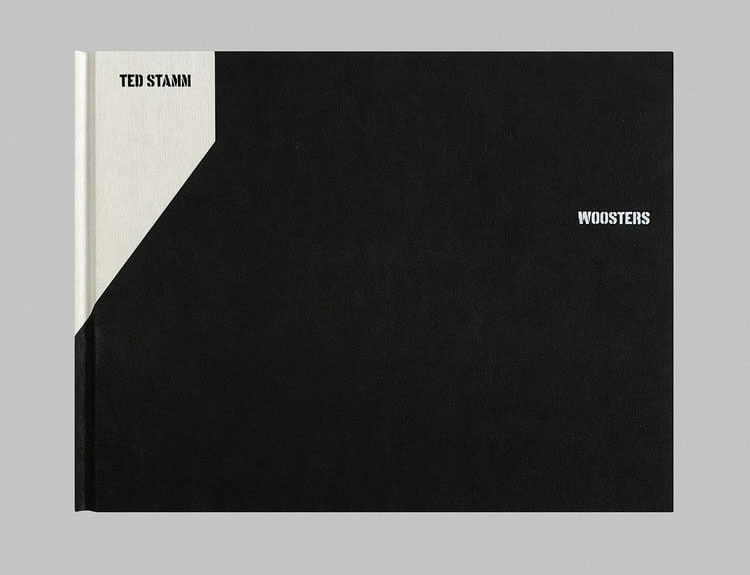