On the occassion of the gallery's Daniel Buren solo booth at Frieze New York 2021, the French conceptual artist was interviewed by the Financial Times and the booth was reviewed by the New York Times.

“The stripes are really recognisable. So people who know my work can connect them to other pieces. There is always a connection to my other works”, says Buren. In this sense, the pieces at Frieze can be seen as early fragments of a larger conceptual work that is not yet finished.

Asked what will be different about their exhibition at the fair, he says “the elements will be presented exactly the same, although the wall might be bigger or smaller, which would change the physicality of it. But even if the wall is the same, what’s the difference between these two things that look very much the same? Forty-five years. Nothing could be more different than 45 years, so the piece has changed.”

When the works were first exhibited, Buren was still making a name for himself and the world was getting to grips with conceptual art. Some 45 years later, we now see the same works through the lens of the momentous and historic projects he has realised since. As a viewing experience it will indeed be at once very similar, and yet completely different.

Read the full interview by Josephine Lawson-Tancred in the Financial Times here.

To make his “cut paintings,” the French conceptualist Daniel Buren sliced large rectangles of striped cotton cloth into pieces, which he then pinned up at the edges of a wall. It’s a masterly way to reclaim an entire room and transform boring white house paint into art. Three pieces, from 1976 to 1980, make this booth an elegant oasis from the sensory overload that attends even this year’s smaller fair. That is, until you realize that Buren’s red and blue stripes are a kind of sensory overload of their own.

Read the full review by Will Heinrich in the New York Times here.

For the tenth edition of Frieze New York, Lisson Gallery presents a solo display of three important works by the French artist Daniel Buren, exhibited in the US for the first time. The fair is open to the public through 9 May. 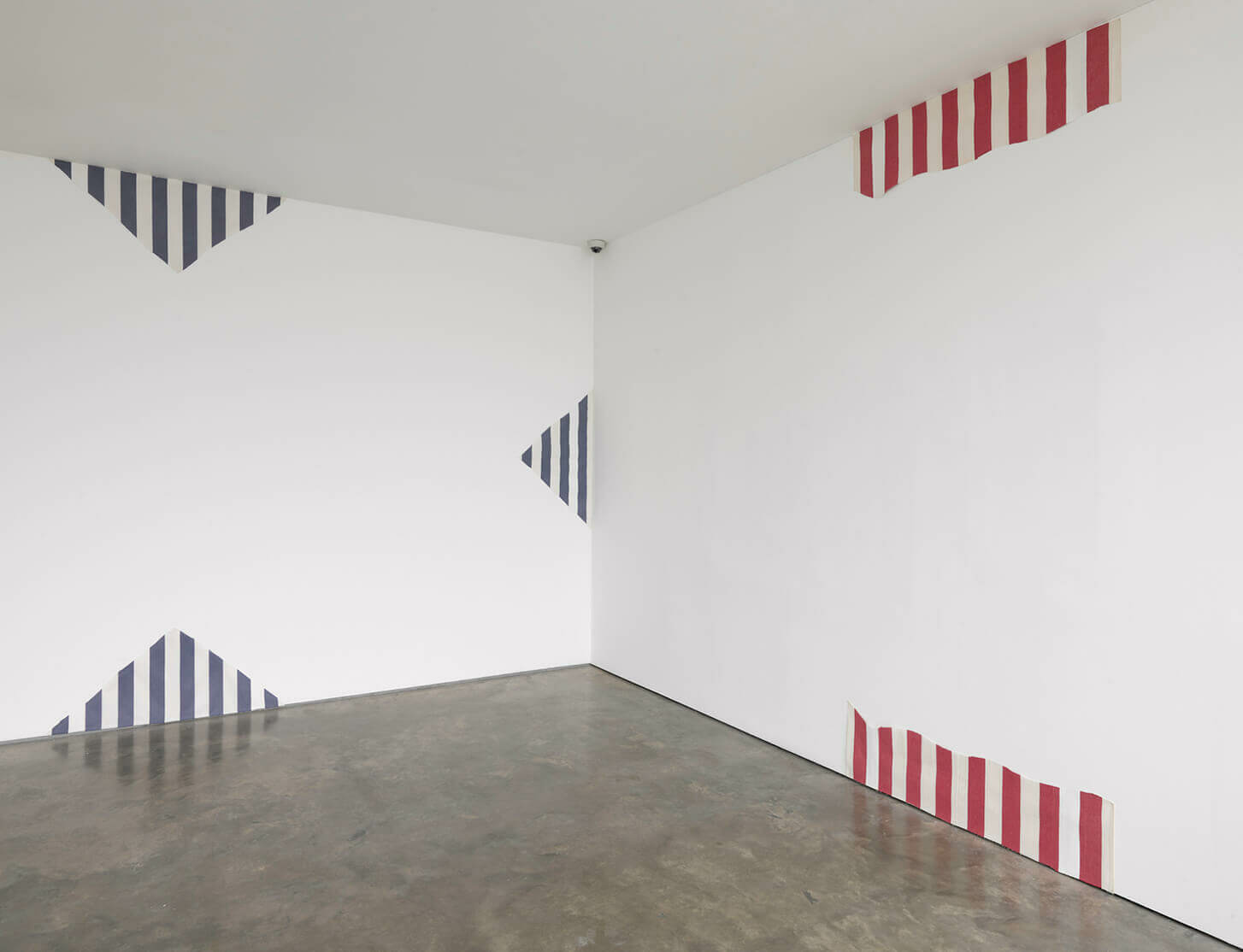