Episode 4: 'ON AIR' - the life and work of Dom Sylvester Houédard

Widely recognised as one of the leading theorists and outstanding international practitioners of concrete poetry, Dom Sylvester Houédard (1924–1992) is firmly rooted in Lisson Gallery’s early history, with his first solo exhibition held at the gallery during its inaugural year in 1967. A practicing Benedictine priest and noted theologian, Houédard, who is also known by his initials ‘dsh’ or ‘the Dom,’ wrote extensively on new approaches to art, spirituality and philosophy, and collaborated with artists such as Gustav Metzger, Yoko On oand John Cage.

Charles Verey has been working on a biography of Dom Sylvester Houédard since 2005. Between 1966–69 Verey organised exhibitions with Dom Sylvester, John Furnival and Ken Cox at Arlington Mill in Gloucestershire. He has contributed to Notes from the Cosmic Typewriter (ed., Nicola Simpson, 2012) Dom Sylvester Houédard (ed., Andrew Hunt & Nicola Simpson, Ridinghouse, 2017) and co-editor of ‘The Kiss’: ten talks by Dom Sylvester to Beshara students, 1986–1991 (ed., Jane Clark and Charles Verey, Beshara Publications,Autumn 2018) including a full biographical preface.

Nicholas Logsdail is the founder of Lisson Gallery, one of the world's longest standing contemporary art galleries, which celebrated its 50th anniversary in 2017.

Matt O’dell is Lisson Gallery’s archivist and an artist.

'ON AIR' is written and presented by Hana Noorali 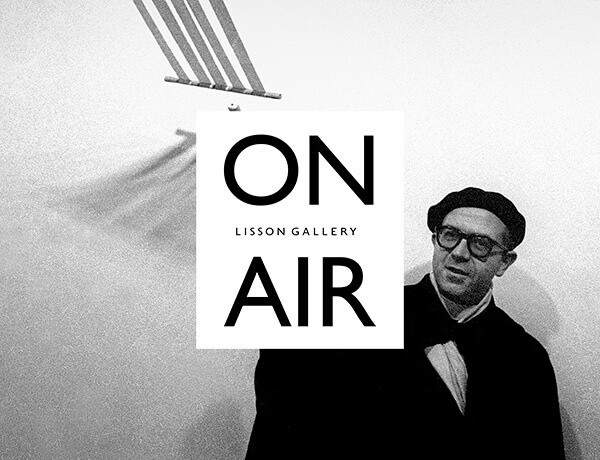