Episode 3: 'ON AIR' with the sound and music of Hans Berg

The latest podcast in our 'ON AIR' series, written and presented by Hana Noorali, features the music of Hans Berg who works in partnership with Nathalie Djurberg. This recording is taken from his 2017 album Dream Maker, available on limited-edition vinyl through The Vinyl Factory from this link.

This was made for Djurberg and Berg's first outdoor project at Wanås Konst Sculpture Park in Sweden in 2016. The work consisted of a soundscape and a mirrored floor that nestled in the forest glade, covered in sculpted forms approximating hairy acorns, bug-eyed caterpillars and cigarette-chuffing birds. These anthropomorphised animals, fruits and vegetation combined together with sound to create an immersive installation that surreally mimicked its environment.

This track was made to accompany a large-scale installation first shown at the ACCA Melbourne, in 2015. The work consisted of neon lights and sculptures controlled and activated by the music and by the viewers’ movement within the installation. The space was filled with giant flower heads, enormous leaves, golden acorns, chequered florescent cushions, melting ice creams and neon curls all of which are presided over by a claymation shaman rabbit.

The work was also shown at 21st Century Minsheng Art Museum in Shanghai (M21), 2016 and at the Perth Institute of Contemporary Arts (PICA) in February 2016.

3. Neon
For this unrealised work, Djurberg and Berg wanted to make a work within which lights were controlled by music, but Neon exists only as an audio track.

4. Gas, Solid, Liquid
This song was initially made as a limited-edition run CD for Parkett Magazine in 2012 and later exploded into various different components for an installation of the same name, in which a phalanx of waist-high ceramic pots containing individual animations and soundtracks looped through the cycles of life, death, growth and putrefaction. 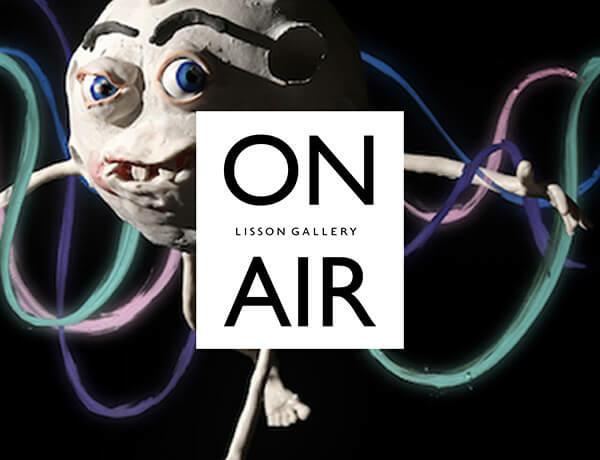