Nathalie Djurberg & Hans Berg – The Gates of the Festival 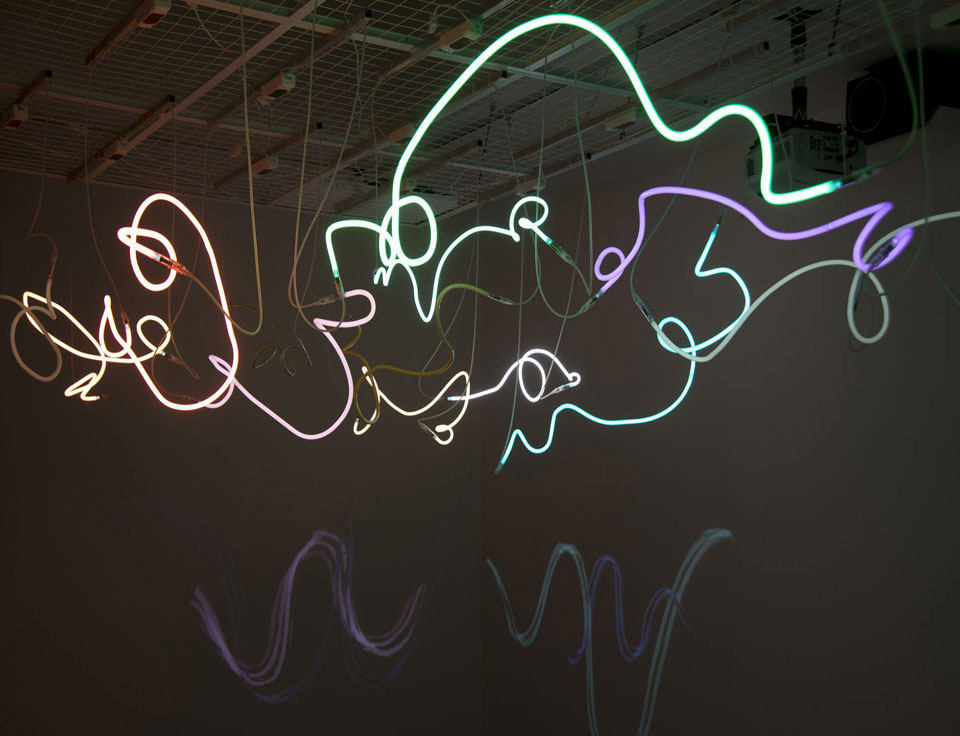 A new series of works and a new direction marks this inaugural exhibition of Nathalie Djurberg and Hans Berg at Lisson Gallery. Sculptural interventions, projections, neon, film and music are interwoven throughout the spaces in an immersive installation, eschewing video screens or static objects for animated surfaces and pulsating environments. Merging audio-visual and multimedia elements, Djurberg & Berg’s debut show with the gallery melds together as one continuous or total work of art, albeit constructed of discrete events and individual experiences.

One room presents an installation of 10 waist-high urns, standing in two rows, entitled Gas, Solid, Liquid. Each pot contains a small, unique animation relating to the possible contents, as well as a specially composed piece of music, which vibrates and resonates deep within the ceramic vessel. In another gallery, light, projection and beat-laden musical soundtracks transform four functional-looking white tables into luminescent, performing sculptures, collectively known as Fever Dreams. Their horizontal tops are impregnated and enlivened by flowing depictions of amoebic organisms, malleable matter and clouds liquefying back to rain and seawater, while the table legs appear to be leaching out the film’s corresponding colours. Both of these bodies of work relate to a previous exhibition called The Black Pot, shown at the Garage Center for Contemporary Culture, Moscow in 2013, when the artists began experimenting with newly abstracted animations and ambient electronica within a darkened, womb-like environment, in order to depict the cycle of life.

The central installation at Lisson Gallery, entitled The Gates of the Festival, reveals the importance of Berg’s music as a unifying force for their collaborative work, his scores and compositions having accompanied Djurberg’s work for the past decade. In this exhilarating, multi-sensory, surround-sound work, 12 neon shapes hung from the ceiling are illuminated according to notes or tones programmed by Berg, with different frequencies performing certain actions – the sounds seemingly controlling or ‘playing’ the installation. Across the walls, three abstract, crayon-drawn video animations add to the all-enveloping atmosphere, punctuated by the moving image of a gangly claymation bird, being projected in the round on a slowly revolving carousel.

Feathery, flying creatures of this kind – created from wire, foam, clay and fabric – featured in Djurberg & Berg’s previous touring exhibition Parade, which featured 80 bird-like sculptures as well as stop-motion films, but also represent their abiding interest in the darker niches of the natural world, further glimpsed here in a smaller animation of the morphing wings of a butterfly, given a psychological depth by its visual relationship to squirming Rorschach blots. Just as Djurberg & Berg produce art symbiotically to create their own singular and beguiling world, the ideas, sounds and images they conjure also propose a synaesthetic interrelationship between the realms of the visible, the audible and the imaginary. 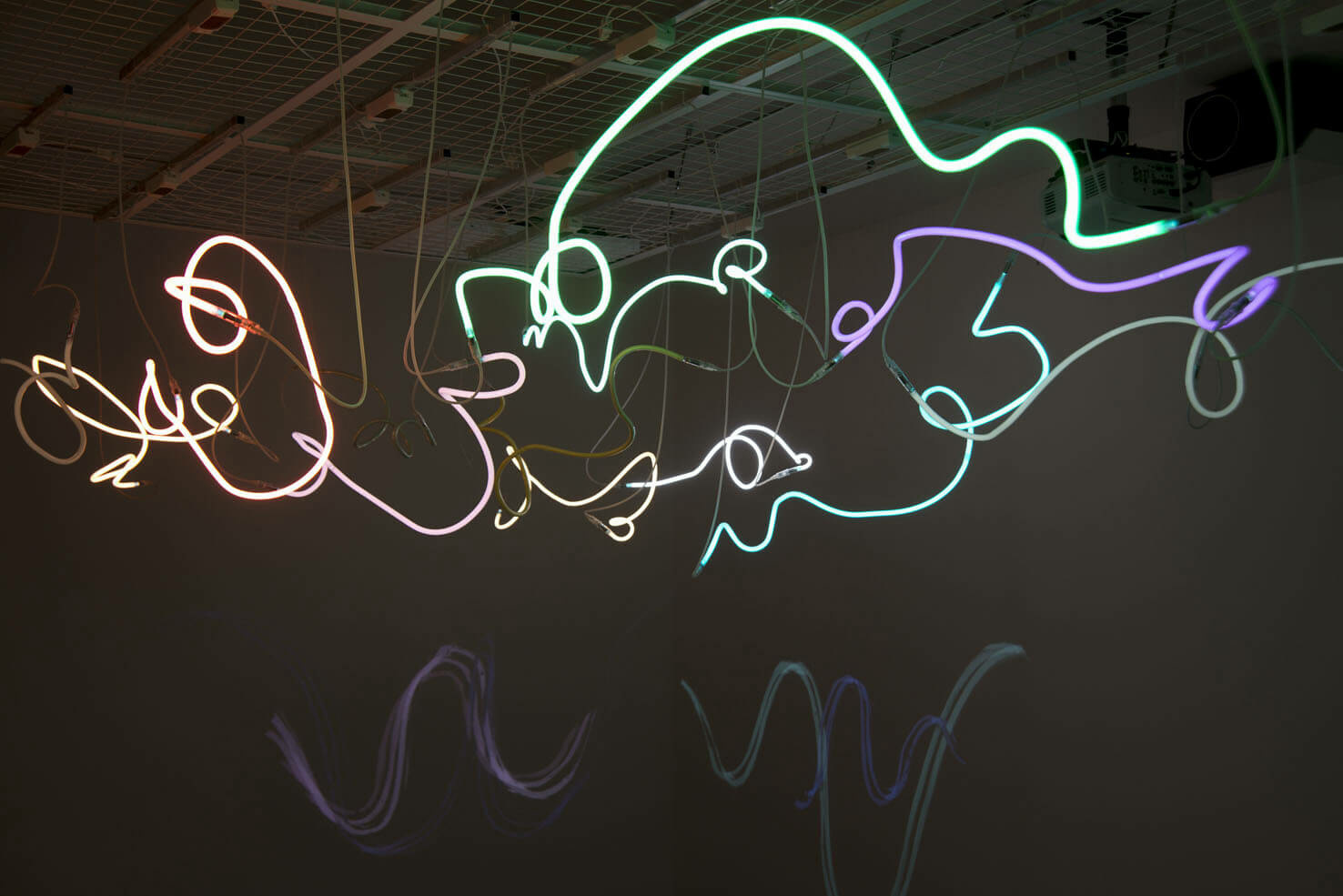 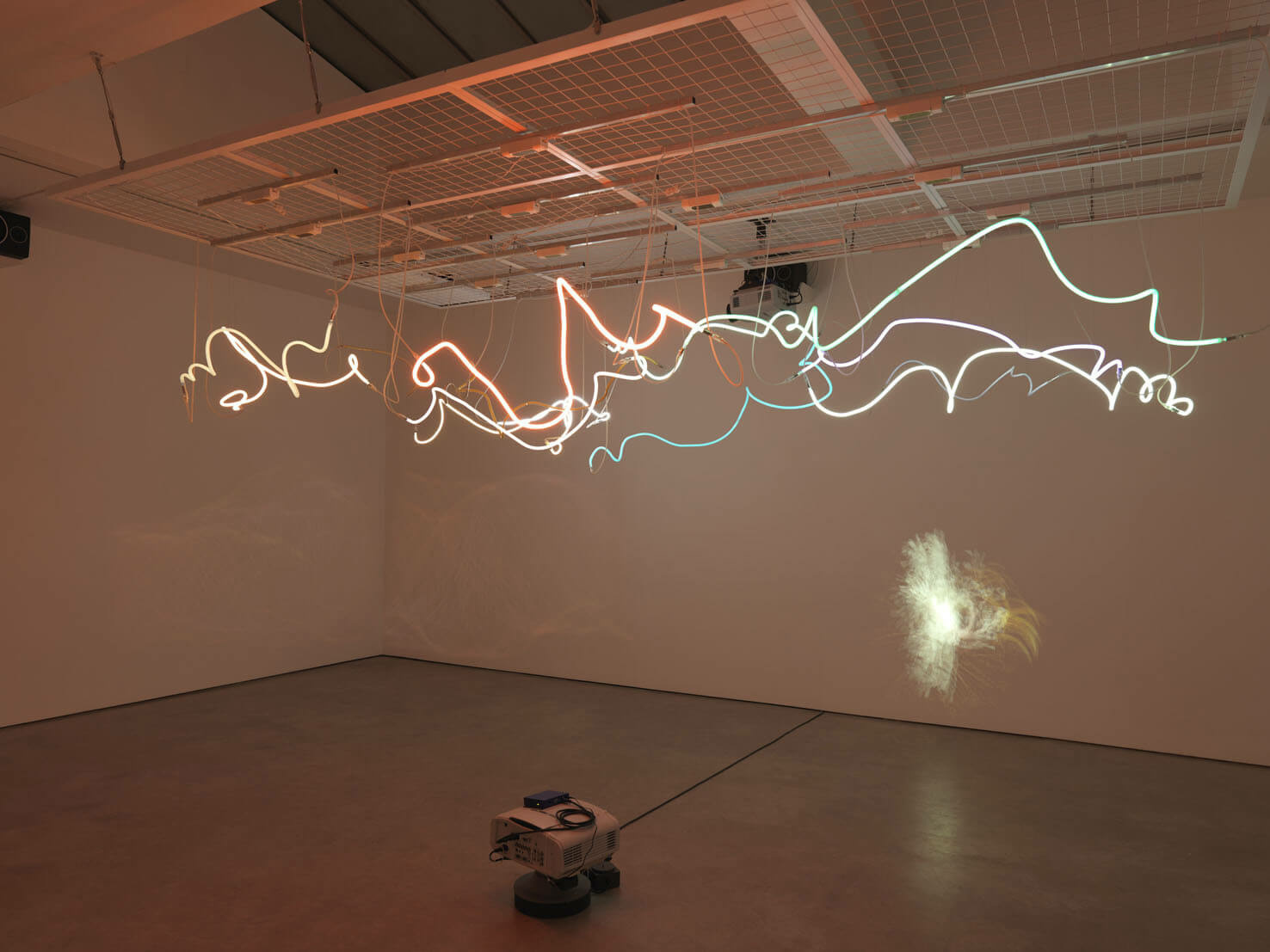 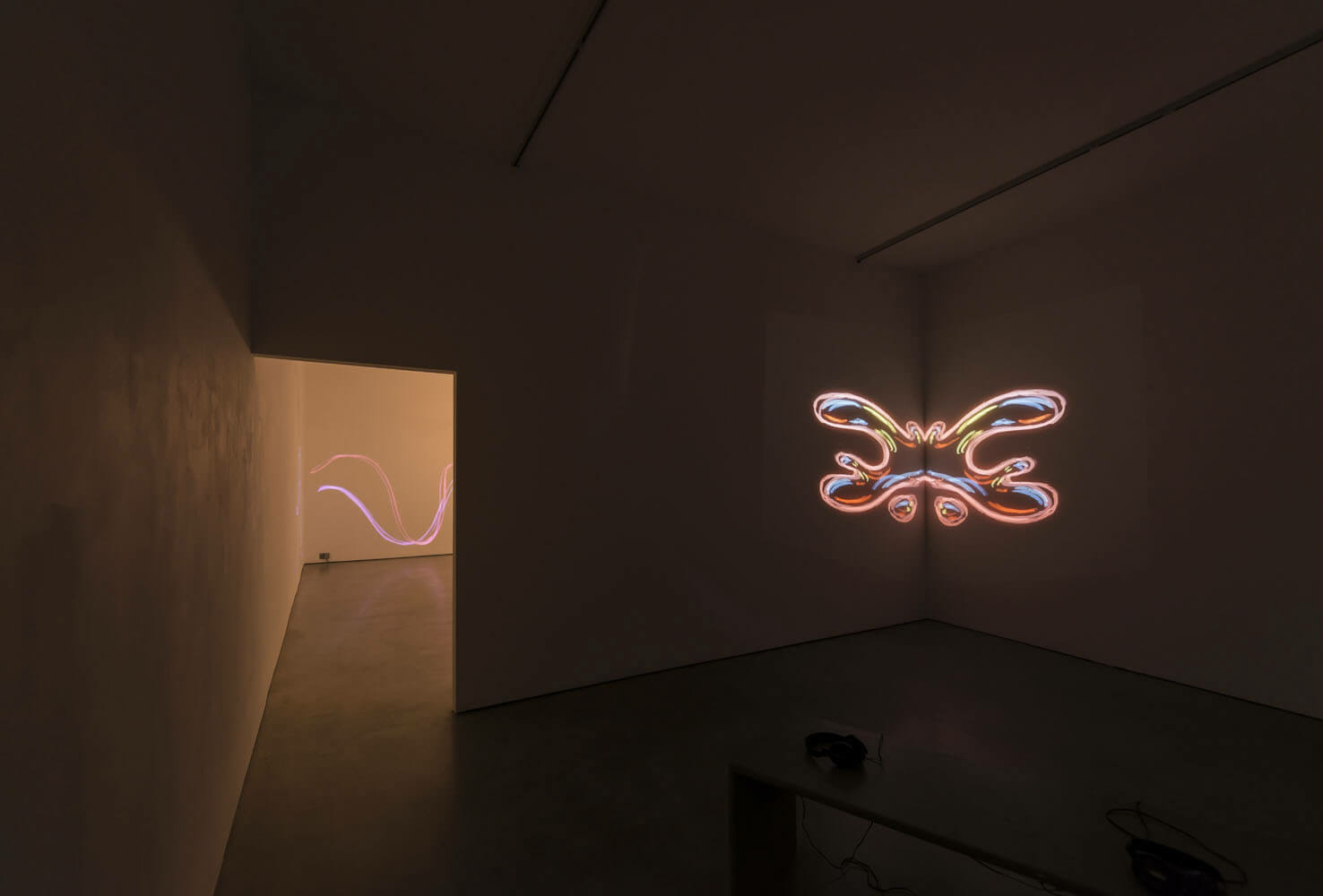 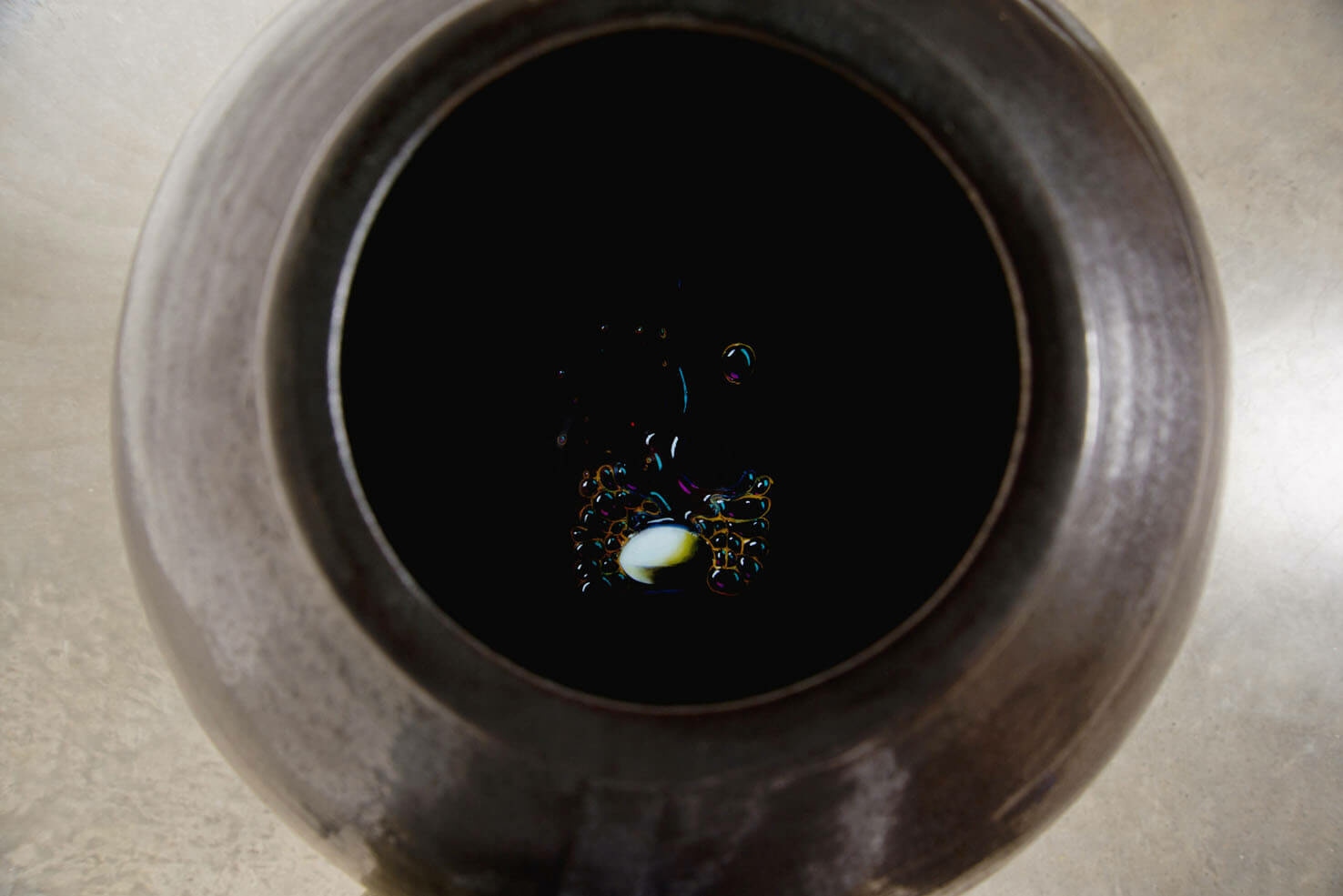