4 star Guardian review of 'Delights of an Undirected Mind'

Carnal claymation characters share exhibition space with lush silk paintings, shocking sculpture and a vast tapestry in which you are an exploding goat.

Delights of an Undirected Mind is a group show promisingly centring around dreams, trance states and hallucinations. It takes its name from a film by Swedish artist duo Nathalie Djurberg and Hans Berg, which is playing on loop on a small television screen just as you come through the gallery doors.

Djurberg creates brightly coloured clay puppets, with bulging eyes and spindly limbs, which perform in surreal animations set to a soundtrack composed by Berg. The narrative plays out mainly in a child’s bedroom, where a little girl is being put to bed by an elephant in a dressing gown, but it’s when a tiger starts suckling at a cow’s teats that things get really out of hand. In comes a giraffe, a gleaming black octopus, a unicorn, a pair of cucumbers spooning, a mouse caressing a piece of cheese with legs and a crocodile wielding a leather whip. There’s a lot of caressing and writhing around on the bed, and then a can of condensed milk spills its sticky contents all over the sheets. It’s a humorous and hedonistic scene that vividly illuminates the darker undertones of children’s fairytales, but also makes reference to modern-day greed and the hypersexualisation of culture.

While I would have liked to have watched the film projected on to a wall in a darkened room, rather than standing exposed at the window, listening to the unsteady rhythm of low guttural murmurings through headphones as colourful creatures gyrate around the screen is strangely hypnotic. It’s like an acid trip without the paranoia. That said, when I catch sight of my reflection as it flits across the mirror at the top of Laure Prouvost’s Metal Yoga Man sculpture, I nearly jump out of my skin.

Read the full review in The Guardian.

Delights of an Undirected Mind is on view at Lisson Gallery, Cork Street, London, until 28 August. 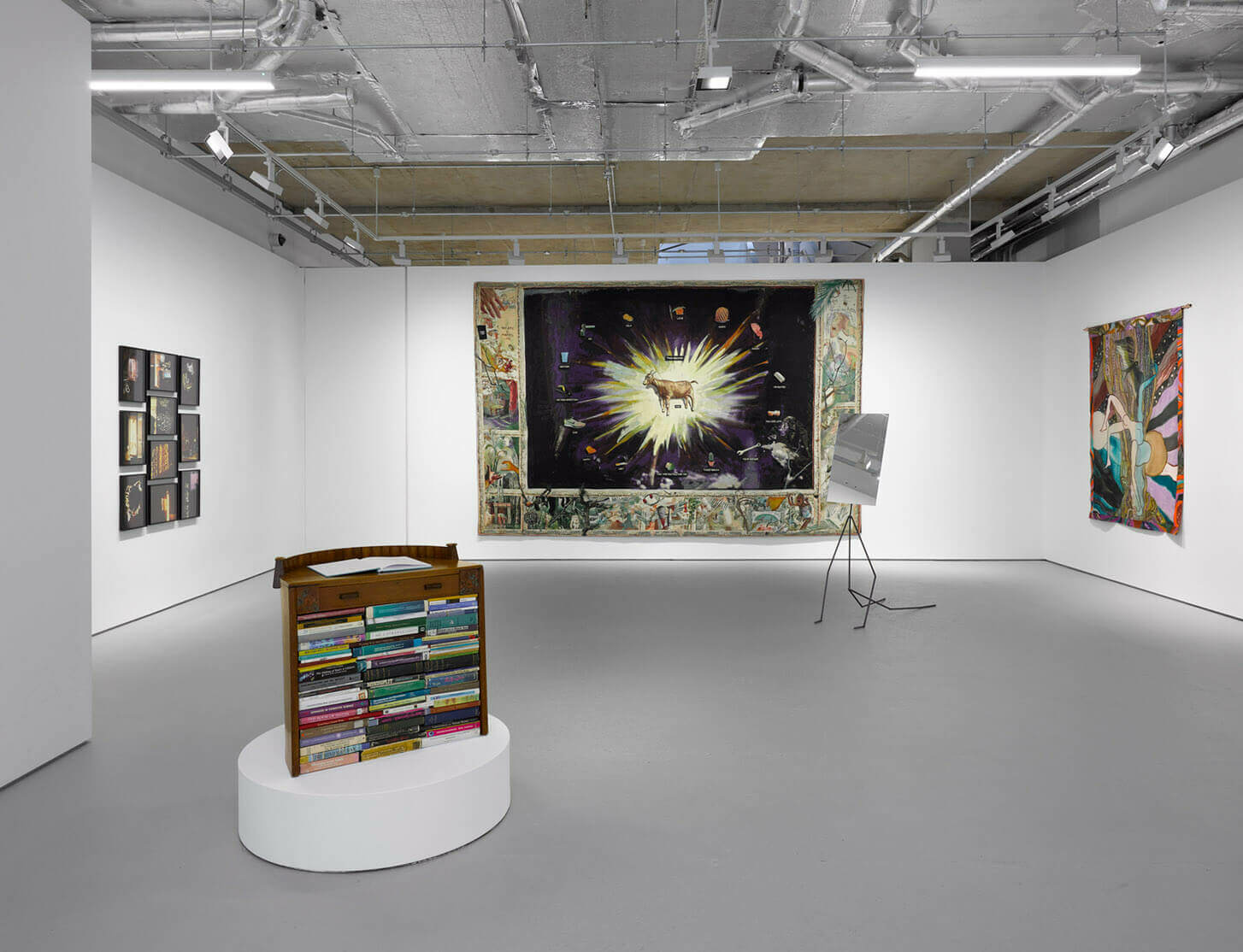