Art21 has announced the release of a new film made with John Akomfrah as part of its 'Extended Play' series, premiering at 12pm EST on Wednesday 10 November.

Known for his visually stunning, multichannel video installations, John Akomfrah: Conversations with Noise sees the artist and filmmaker share a lesser acknowledged, but equally vital component of his work: sound. From his London studio, the artist discusses the transformative and essential role that sound has played in both his artwork and his experience of the world.

Between sessions editing recently-shot footage, Akomfrah recalls his early experiences with sound. The artist witnessed the ways that music fostered the social connection at the nightclubs of his youth and co-founded the artist group Black Audio Film Collective, which saw itself primarily as an experimental auditory outfit. His seminal experience with sound came as a university student, when Akomfrah heard the music of Estonian composer Arvo Pärt for the first time. Pärt's music reconfigured Akomfrah's understanding of time and of himself within it, motivating his filmic work which weaves together footage from divergent time periods, histories, and themes. While aware that early critics of his work found his use of sound and music "vulgar," Akomfrah retorts, "I like the vulgarity of it." "That's the point," he adds. "The new comes into being via the pathway of vulgarity."

In all his work since, Akomfrah has utilized overlapping audio tracks and a range of sounds, from musique concrète to opera, classical, and folk forms. The artist explains his interest in using noise to create conversations and suggest direction for images, as well as the role that sound plays in crafting narrative and conveying history. "The forms themselves and the range of uses change, but the investment in the sonic is as long lasting as the investment in images," says the artist. "That's not going to change." 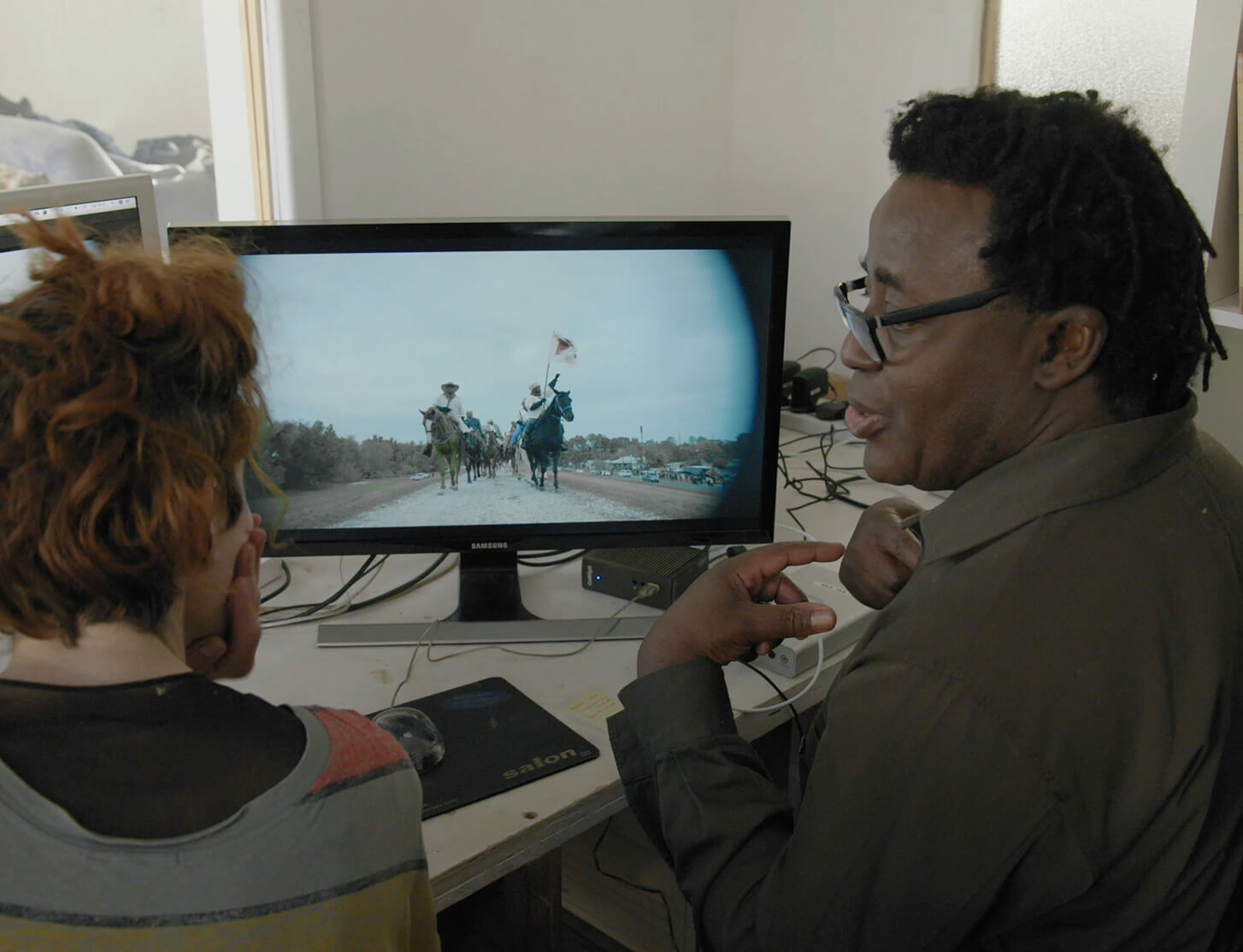