For Art Basel Hong Kong 2019, Lisson Gallery will present new and recent work by its roster of artists, including Ai Weiwei, Djurberg & Berg, Tony Cragg, Ryan Gander, Rodney Graham, Carmen Herrera, Anish Kapoor, Christopher Le Brun, Tatsuo Miyajima, Laure Prouvost, Julian Opie and Wael Shawky.
Two large-scale works by two prominent female artists – Laure Prouvost and Joyce Pensato – will greet visitors to the Lisson Gallery booth at Art Basel Hong Kong this year. Prouvost’s enigmatic tapestry, This Means Tableau (2018) will take over one wall, exploding with dream-like imagery and language familiar from Prouvost’s practice; while the exuberant painting of Micky Mouse by Pensato, entitled I must Be Dreamin' (2007), will offer a darkly humorous interpretation of this cartoon character, across the adjacent wall.
Additionally, a life-size group portrait painting by Julian Opie will be presented. Capturing gatherings of people in an abstract, refined form, Opie bestows each individual with their own unique characteristics, rendered through a singular pose, object or movement. Works from a related series will be presented in Opie’s solo exhibition at Lisson Gallery New York, from 1 March – 20 April.
A highlight within the booth will be a vibrant yellow Estructura by Carmen Herrera. Estructura Amarilla (1966/2016) will mark the first time Lisson Gallery has presented an Estructura by Herrera in Hong Kong. Based on paintings “really crying out to become sculpture”, Herrera’s Estructuras represent a rare break in the artist’s insistent planarity and two dimensionality of her paintings and present her long-standing method of working: her forms and distinctive meticulous sharp edges are physically manifested first in drawing, then painting, and finally often in sculpture.
Christopher Le Brun, an influential painter since the 1980s and public figure in the UK through his role as President of the Royal Academy, London, will be in Hong Kong for the fair. The artist will present a number of his vibrant, large-scale abstractions on the Lisson Gallery booth, including The Madness of Tristram and Plain (all 2018). Le Brun will also be in conversation with Tim Marlow, the Royal Academy’s Artistic Director, at 1.30pm on 28 March at Swire Lounge at the HKCEC.
Also part of Lisson’s presentation, Ai Weiwei will present Wave (2015), an oceanic green porcelain wave within a wood vitrine, designed by the artist. In this sculpture, Ai appropriates this motif’s previous status as a ‘cultural ready-made’. Created with the support of craftsmen in the Jingdezhen, China’s centre for fine porcelain production, these pieces – through the glazed finish – recall early Song Dynasty vessels produced at the Longquan kilns located outside the Southern Song capital of Hangzhou. The wave imagery is partly inspired by the Japanese woodblock print Under the Wave off Kanagawa (The Great Wave), by Katsushika Hokusai (1760–1849), as well as a depiction of waves by the Southern Song court painter Ma Yuan (c. 1160–1225).
The Lisson Gallery booth will also feature a spiralling sculpture by Tony Cragg entitled Eclipse (2018); a huge mirror work by Anish Kapoor, entitled Mirror (Black Mist) (2018); the sculpture, Dragon on pillows (2018) by the Swedish duo, Nathalie Djurberg & Hans Berg and Ryan Gander’s metal armature man, The dirt that you are made of, or Doing words (Dramaturgical framework for structure and stability) (2018). Wael Shawky will also present his miniature hand-carved wood work, Cabaret Crusades: Relief of the Siege of Jerusalem 1189-91 (after Jean Colombe's After the capture of Acre 1189 by Bourges,1475) (2018) and works from Tatsuo Miyajima’s recent series, Innumerable Life/Buddha (2018) will be on show.
Elsewhere at Art Basel Hong Kong, three documentary films by Liu Xiaodong will be presented as part of the fair’s film programme, including the Asia premiere of On the other riverbanks in Berlin, a film documenting the artist’s project in Berlin in 2018. Also part of the programme is Dong (2006), a film directed by Jia Zhangke following Xiaodong as he paints a group of labourers deconstructing a city near the Three Gorges Dam, and later a group of prostitutes in Bangkok, as well as Hometown Boy (2011) a documentary directed by award-winning director Yao Hung-I and produced by Hou Hsiao-hsein about Xiaodong’s journey, leaving home at 17 and returning 30 years later to paint his family, friends and his transformed hometown.
Ahead of the fair, on 22 March, Lisson Gallery Shanghai will open, housed within the former warehouse known as the ‘Amber Building’ on Huqiu Road, alongside some of city’s major museums and cultural institutions. The gallery space, situated on the second floor, has been designed with the support of architecture, interiors and design specialists, Thomas Croft Architects. Lisson Gallery Shanghai will open with an exhibition entitled 'Love is Metaphysical Gravity'. Taking its title from a quote by the American architect and theorist Buckminster Fuller, the exhibition ties together works that go beyond the physical realm of gravity, into the transcendental, mystical and metaphysical. The exhibition will include works by Marina Abramović, Shirazeh Houshiary, Richard Long and Tatsuo Miyajima, whose most recent body of work, Innumerable Life/Buddha (2018), was shown at Lisson Gallery's Tenth Avenue space in New York until 16 February. 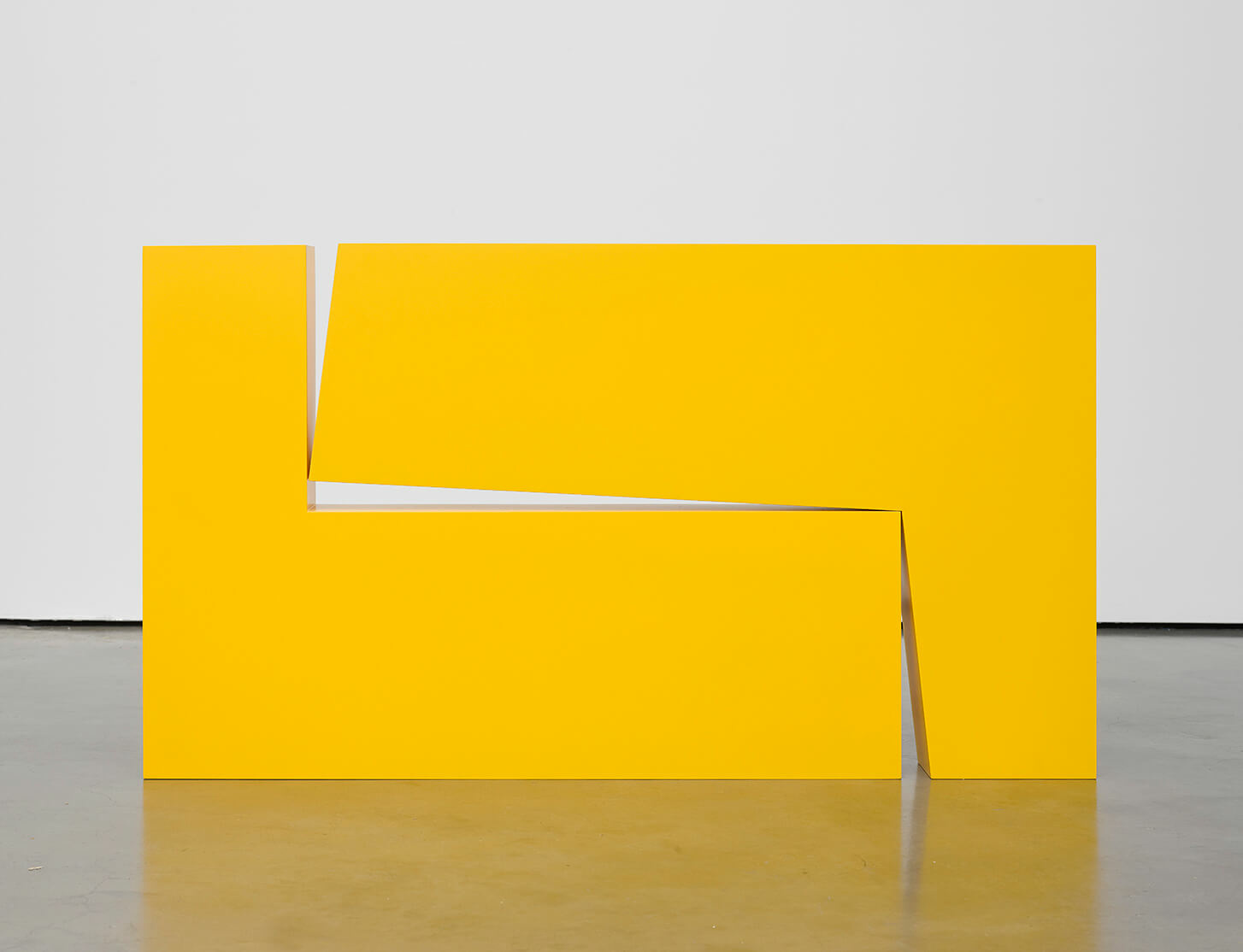