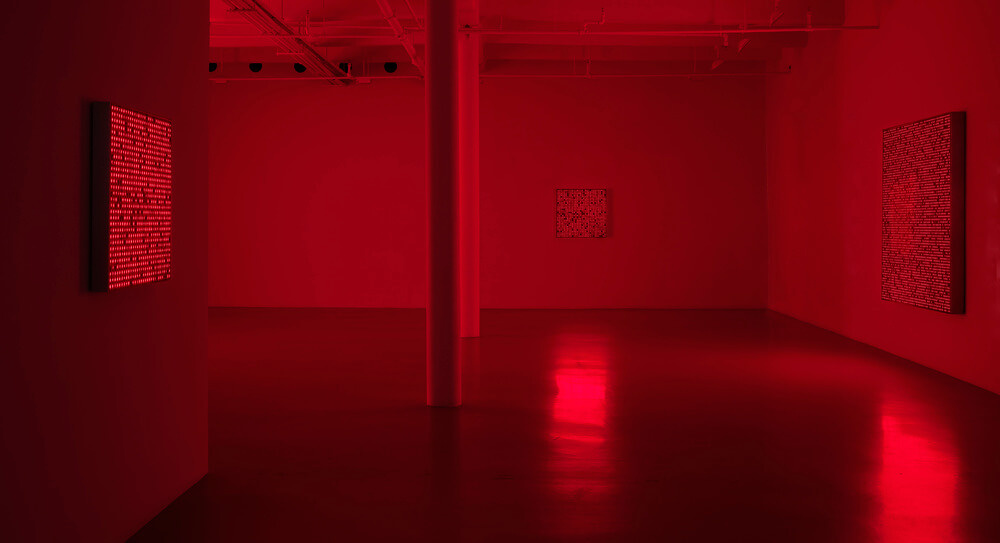 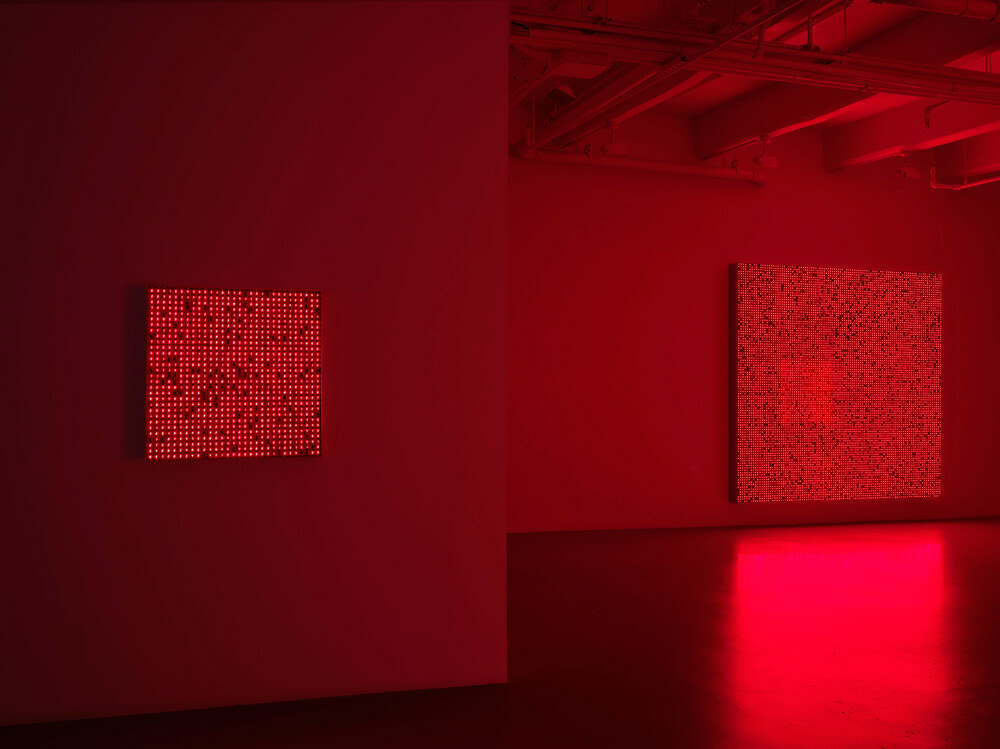 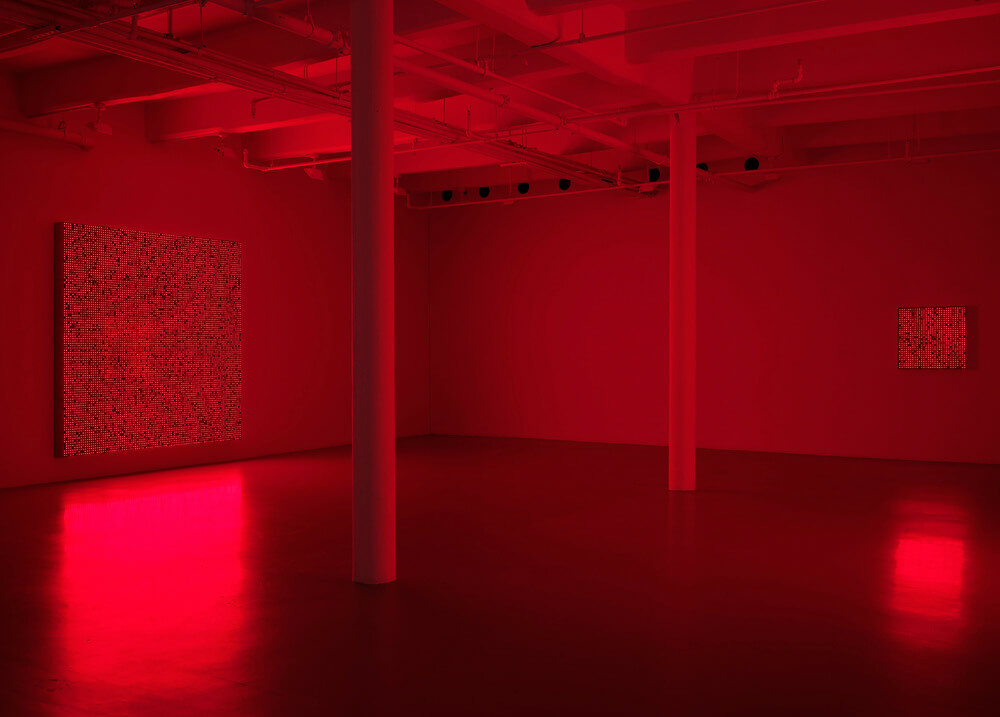 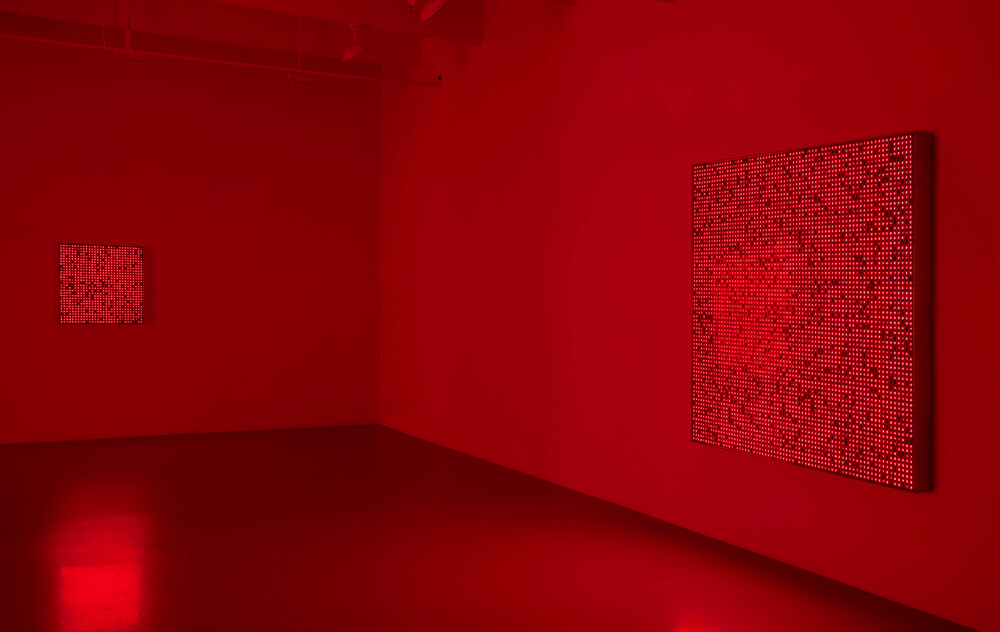 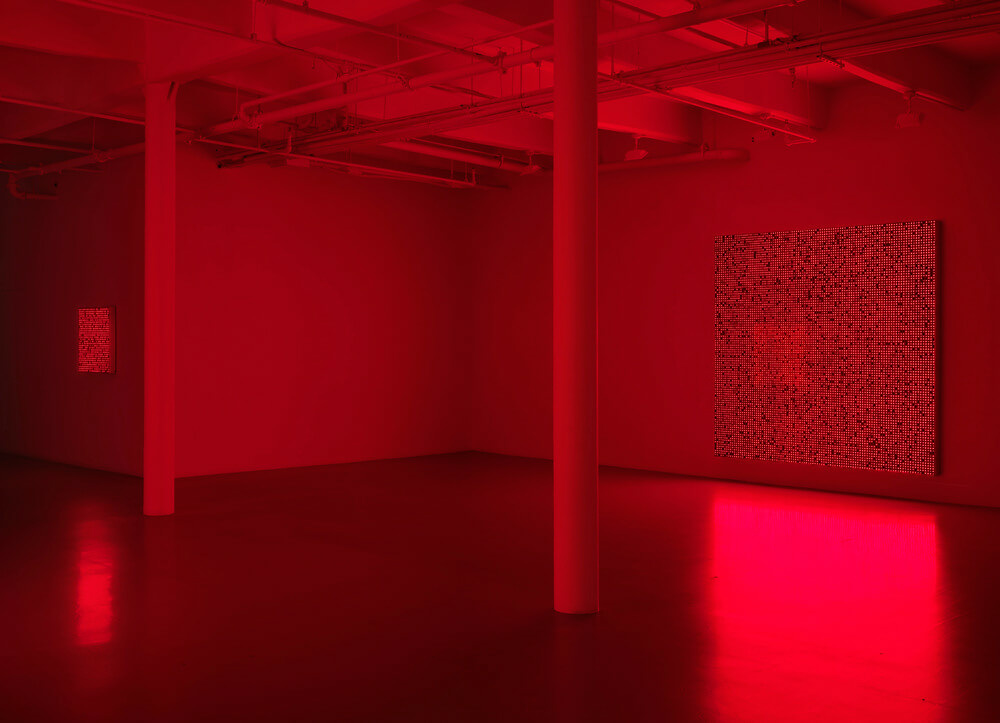 Tatsuo Miyajima opens his first solo exhibition in New York with Lisson Gallery, premiering his new series, Innumerable Life/Buddha. The exhibition will feature four works by the Japanese artist, introducing US audiences to his eastern philosophies and signature digital visual vocabulary. This new body of work, a series of glowing red installations, are inspired by a particular Buddhist teaching, reminding us of the power of the individual within a networked whole. A continuation of Miyajima’s meditations on time and its passage, these installations invite reflection, addressing the fundamental concepts of change, death, connection and eternity. The exhibition follows on from recent large-scale public commissions, including Count Down Dialogue (2018) launched during West Bund Art & Design Fair and comes ahead of Miyajima’s largest solo exhibition in Asia to date, opening at the new Shanghai Minsheng Art Museum in May 2019.

Numbers are at the heart of Miyajima’s practice. An international language, digits transcend cultures: “Whether applied to mathematics and physics, or language and daily activity, they play a central role in our lives and are understood by all” (Miyajima, 2015). Miyajima’s numbers have danced on walls, in water, on the façades of buildings, in forests and in ponds, on skyscrapers, in gardens and courtyards, and on the faces and bodies of men and women. To Miyajima, technology is an instrument, and perhaps even an organism, that allows the expression of poetry and spirituality through light and movement.

The four new works in the Innumerable Life/Buddha series are made up of glowing LED displays, with thousands of numbers counting down from nine to one at differing speeds, before going dark momentarily. These digits embody the human cycle and the eastern philosophy of change and renewal; each solitary, blinking diode signifying the individual body and soul. The counting sequence continues, as if everlasting, and yet ‘0’, implying death, is expressed solely by darkness. Through this allusion, the numbers – or ‘Life’ – are destined to an everlasting cycle of regeneration. This idea is also reflected in the colour of the new works: the radiant red of the installations denotes the blood of life, love, fire, passion, strength and joy.

This new series is inspired by a legend told in the Lotus Sutra, one of the most important texts in Mahayana Buddhism, recalling the teachings of Gautama Siddhartha, the spiritual teacher who founded Buddhism. Siddhartha was preaching to a number of his disciples and, when asked who would be the chosen ones to propagate these philosophies after his death, he indicated towards thousands of Buddhas arising from a cleft in the earth. He prophesised that these people – the ‘Bodhisattvas of the Earth’ – were the enlightened ones, the ‘Buddhas’ who would continue his teachings in the future. By not selecting an elite follower, or one of his Ten Great Disciples, he rendered Buddhism a divine power for all – regardless of name, power or status.

Miyajima’s philosophy, as told through these works, is that the future is not created by the genius of the individual, but by the collective body. Every tiny diode is small and seemingly insignificant, yet together creates the glittering web of the universe. For Miyajima, each life – no matter how brief – has meaning in the mass.