'An Artist at 100: Thinking Big but Starting Small'

Extract from an interview with Carmen Herrera by Ted Loos for the New York Times:

The painter Carmen Herrera, who turns 101 in May, was sitting in her wheelchair on a gray day last month, waiting and watching, catlike.

She was quiet for the moment, but at any time she might toss off a teasing zinger toward an old friend who was present, or a directive to her assistant to make a minute calibration to one of her hard-edge abstract paintings.

Ms. Herrera, who has shoulder-length white hair and wire-rim glasses and was wearing a black cardigan sweater, held up a small, rectangular piece of painted vellum and compared it to the larger version of the same work, one done on paper, which was hanging on the wall of her large, floor-through home and studio on East 19th Street.

Silently assessing the diamond-shaped areas of red and blue on the canvas, Ms. Herrera was working, in her way — deciding how much red, how much blue, and where the line between them would be — though she was not applying paint just then.

Ms. Herrera still makes art every day; it sustains her. “I’ve painted all my life,” she said, nodding her head firmly to make the point. “It makes me feel good.” She sold her first piece 81 years ago.

Her sense of humor remains intact and she has tart, firm opinions. "Don't do it, she said with a chuckle about being 100. "It's horrible."

In the last dozen years, Ms. Herrera has had a thriving career that would make any artist jealous: a show opening May 3 at Lisson Gallery in New York, the debut for the American branch of the London dealer, and in the fall, a solo exhibition at the Whitney Museum of American Art.

The Lisson show features some dozen paintings, all made in the last couple of years, and all filled with her signature bold simplicity: sharply delineated blocks of color often energized by a strong diagonal line.

Image by Todd Heisler. Courtesy of The New York Times. 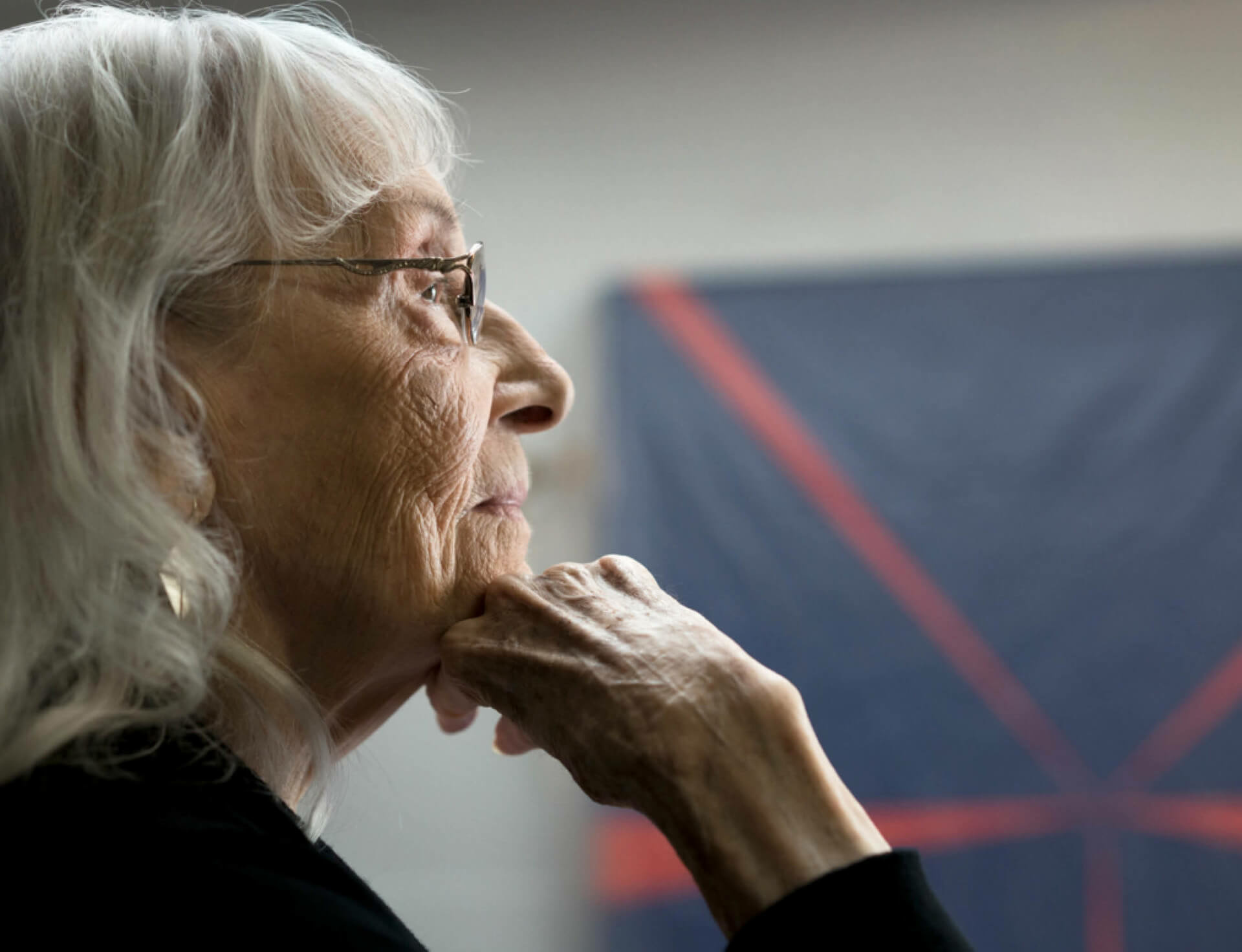